Crews entering home at 180 Riverwalk Circle to clean up after attic fire.

Logan City Fire Marshal Craig Humphreys said heavy smoke was coming from both ends of the home’s attic when crews arrived on the scene.

“The smoke was fairly heavy at the time of arrival,” said Humphreys. “Shortly after arrival we had flames that broke through the roof.”

“They put it out very quickly. This was a really good knock down of this fire.”

The ceiling, walls and vinyl siding near the attic was severely damaged. Heat from the fire also melted the gable vent on the far side of the home.

Humphreys said he didn’t know if the fire actually started in the attic but that was where it appeared to be primarily located.

“The smoke we were experiencing on the inside was relatively lite because the all the fire was up in the attic,” said Humphreys. “Although we had heavy showing from the attic on the outside. So the crews were able to remove the ceiling, get to the scene of the fire, get water on that fire and get it put out very quickly.”

It appeared that no one was injured in the fire. Crews are now investigating to determine the cause of the fire.

The cost of the damage to the home has yet to be determined. 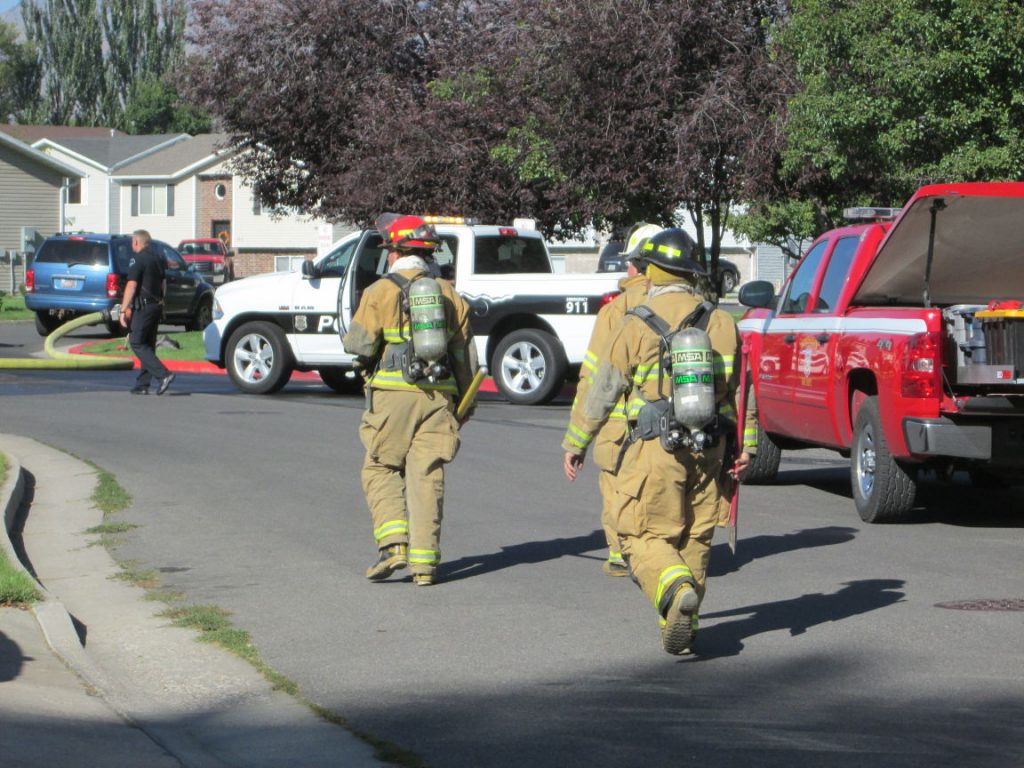 Crews cleaning up after a house fire at 180 Riverwalk Circle damaged the attic.