Horsley threw for 299 yards and rushed for 145 as the Grizzlies took a stranglehold on first place and improved to 4-0 in region, 5-2 overall. Bear River fell to 1-2 in region, 2-5 overall.

Logan hosts Stansbury next week looking to gain at least a share of the region title, while Bear River travels to Tooele.

Logan’s defense was the key to the game despite giving up 219 rushing yards, including 98 to junior tailback Gage Kaneko. The Grizz may have bended several times, but they didn’t break, holding Bear quarterback Triston Merritt to 70 yards passing on 7 of 14 attempts. They also intercepted one pass, a 55-yard touchdown return by Colton Hatch.

Conversely, Bear River’s defense had no counter to stop Horsley, who completed 20 of 37 passes for three touchdowns as well as rushing 19 times with a TD run of 65 yards.

After the game, Logan coach Mike Favero praised his kids for playing through a wet and slick field. “We’ve got to clean things up, as always,” he said on KVNU radio. “We knew they were going to run the ball a lot. If we could make them throw we were going to be in good shape.”

Bear coach Chris Wise said the coaching staff was very pleased with the way his team played against Logan. “The coaches all talked about it, we are inches away from being an outstanding football team.”

Logan broke into the scoring column in the first quarter when Spencer Corbett caught an 8-yard scoring pass from Horsley. In the second quarter, they connected again, this time on an 89-yard catch and run. That was followed by another TD toss, this time 30 yards from Horsley to Devin Palmaffy-Marion. Up 21-0, Logan appeared to be pulling away, but the Bears didn’t give up, mounting a drive late in the first half capped by a Kaneko 4-yard run.

In the fourth quarter, Josh Young drilled a 23-yard field goal before Horsley added in his thrilling 65-yard scoring run and Hatch recorded his interception. Bear River added a 12-yard pass from backup quarterback Kaygen Canfield to Gunner Sorensen, but it was all over by then. 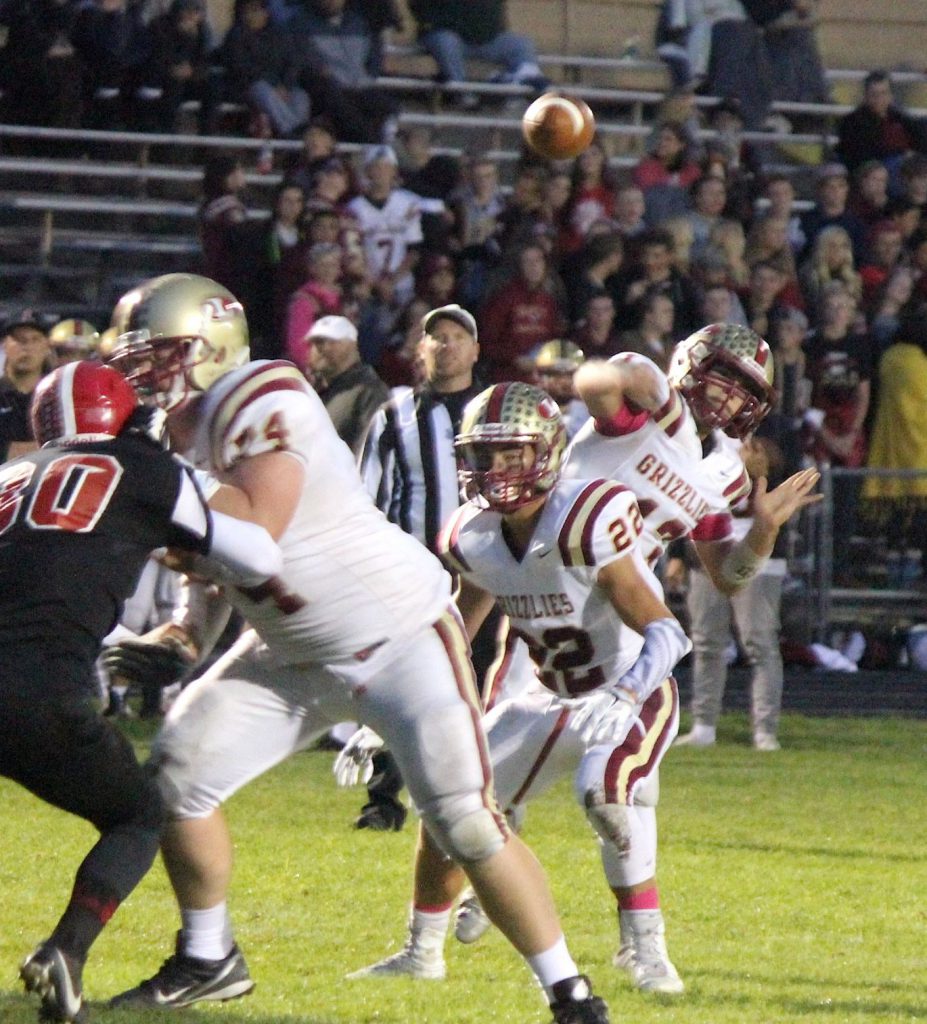 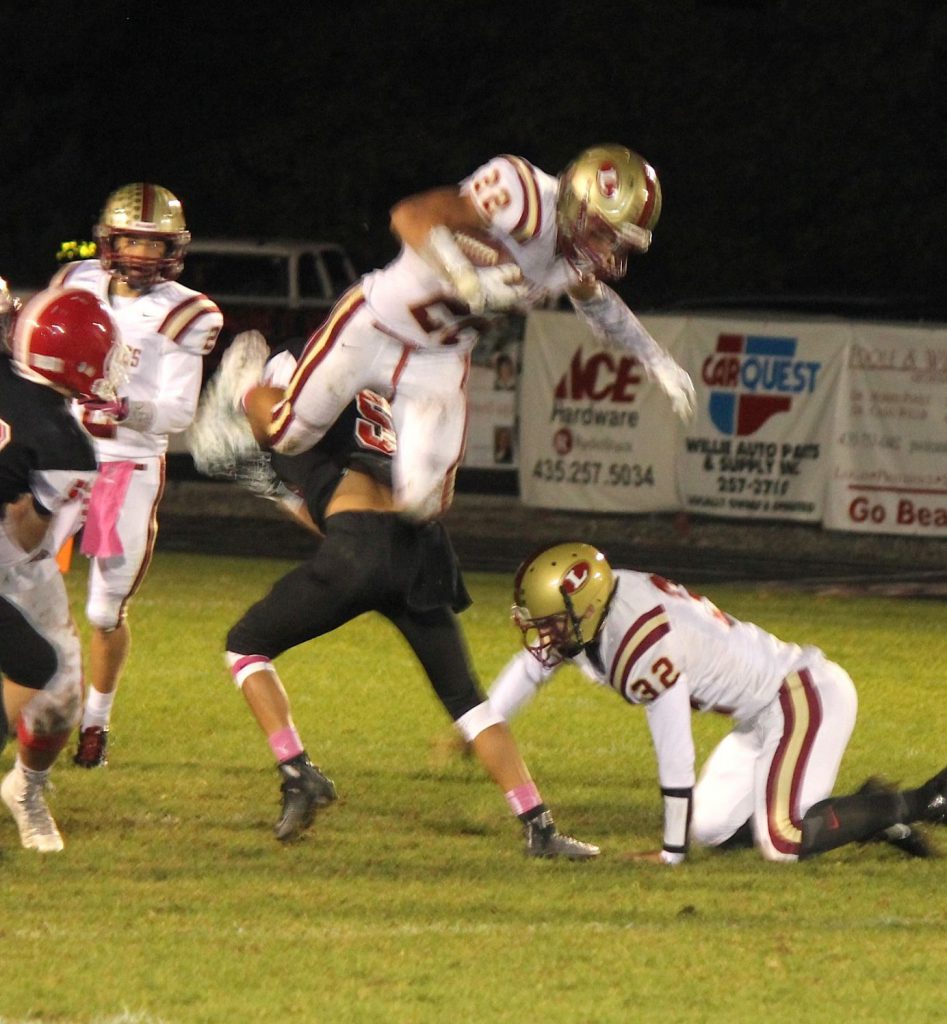 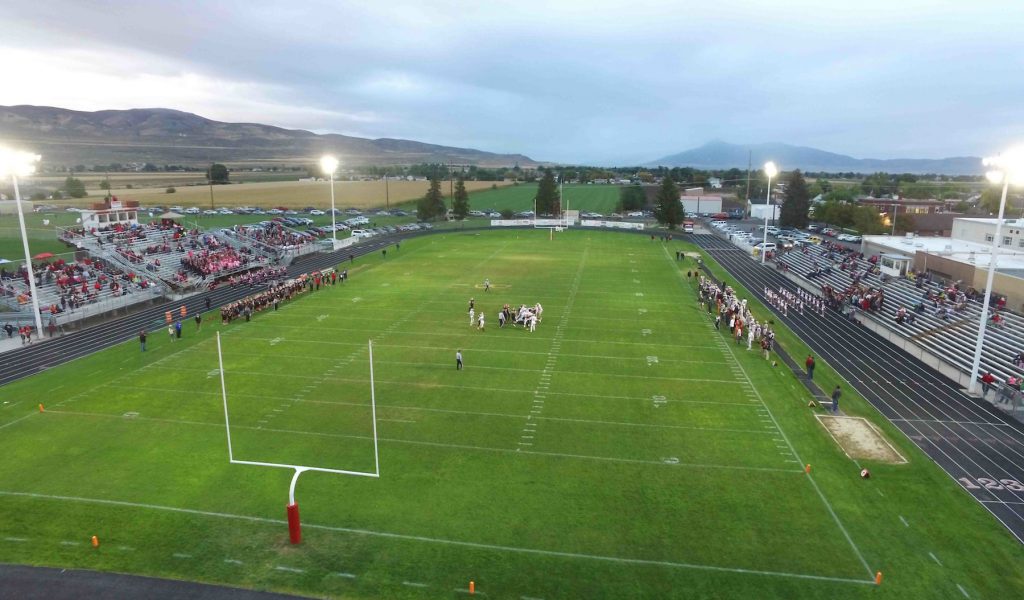 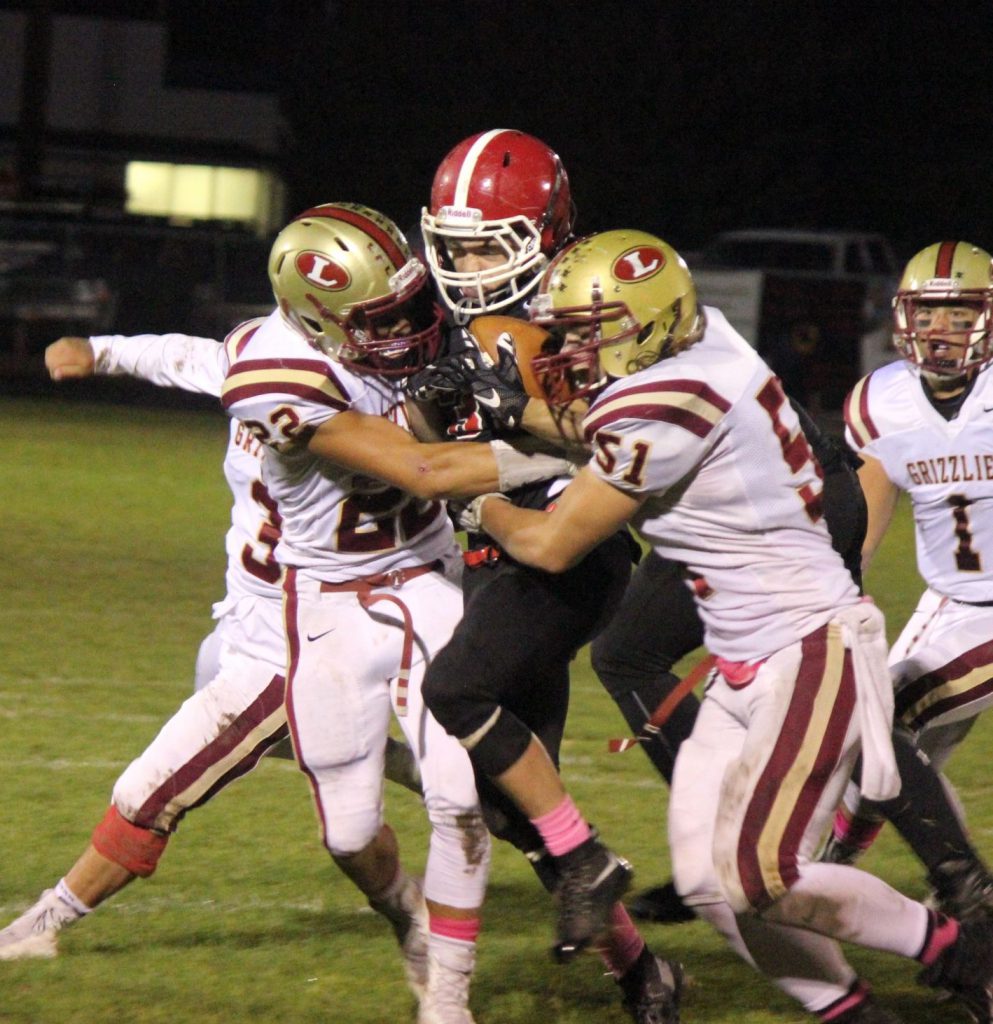 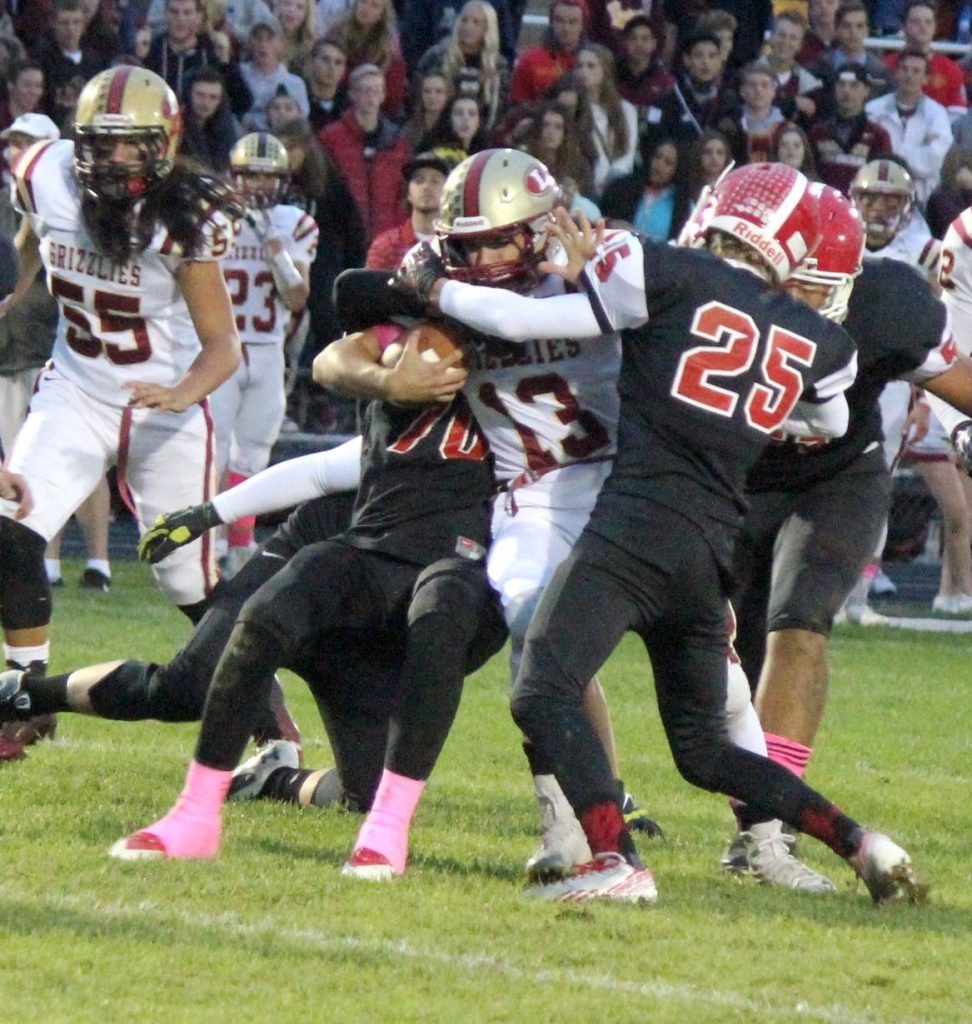