SMITHFIELD – Sky View High School played host to one of the most anticipated high school games of the season. Two rival, undefeated teams met to play for the Region 1 championship. Fans showed up hours early and filled the bleachers, including the temporary ones set up outside the endzone just for this game.

When the high scoring Mountain Crest and Sky View teams met Friday night it was the defenses that showed up, and it was the hometown Bobcats that ended up winning with the unusual score of 5-0.

“I think it’s just about grit tonight,” Sky View head coach Craig Anhder said. “I think both teams have a lot of grit and they played tough. Our kids just found a way to get more points than Mountain Crest.”

After a defense-dominated first half, the Bobcats went into the locker room up 2-0. The only score of the half came with 5:14 left in the first quarter, and it was scored by the defense. A chop block personal foul backed Mountain Crest up inside its own 10-yard line. The next flag thrown was even more costly for the Mustangs. A holding penalty was called after quarterback Tanner Schwab was pressured in his in own endzone, resulting in a safety.

“We knew as the game went on that we (the defense) had to step up and make some plays,” senior defensive end Max Christensen said.

A 29-yard Kyler Erickson field goal was added at the beginning of the fourth. It was the only offensive score of the game, but it was in-part set up by great field position after a defensive stop and a punt block by Colton Durrant on fourth down.

“He just went in and got a paw on it,” Anhder said. “We didn’t know for sure if they were going to punt it or not and Colton just went after it.

“That’s what got us our three points right there, really.”

Mountain Crest had several opportunities in the fourth to score, but the Bobcat defense never let up. Drive after drive was stopped shortly after it started.

“I think Mountain Crest had three possessions there in the last three minutes,” Anhder said. “They kept doing it one more time, and that grit just came through. These kids are region champs because of that.”

The game was decided with 45.7 seconds left after a bad Mustang snap was recovered by Christensen.

Both Mountain Crest and Sky View will host first-round playoff games. The Mustangs will play Viewmont and the Bobcats will play Syracuse next week. 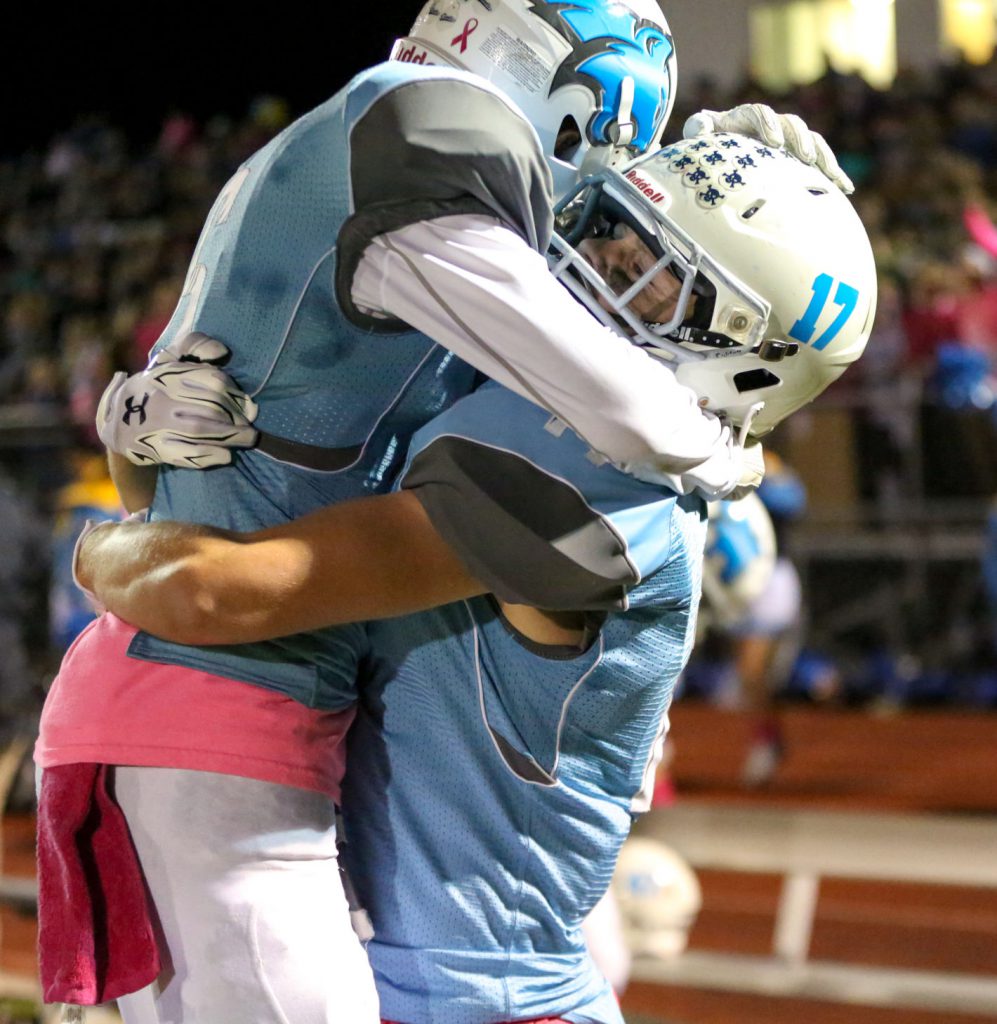 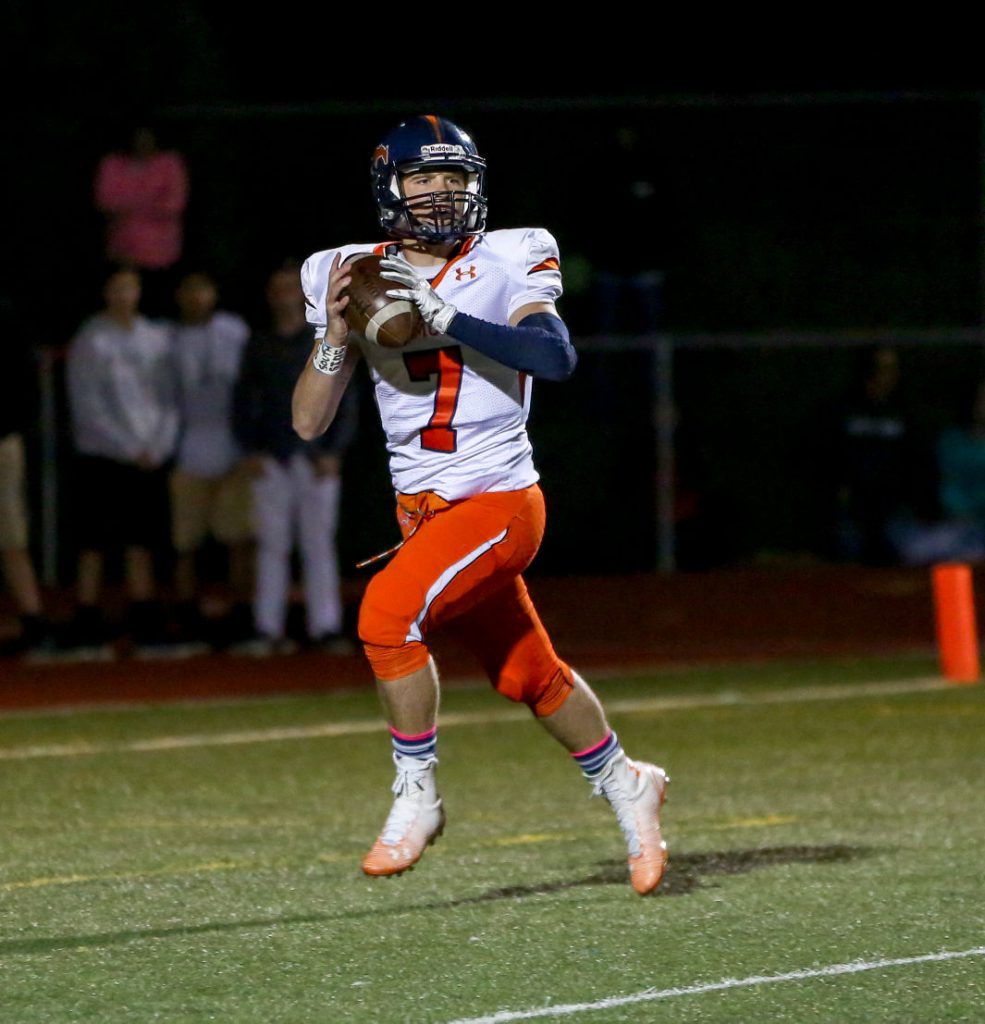 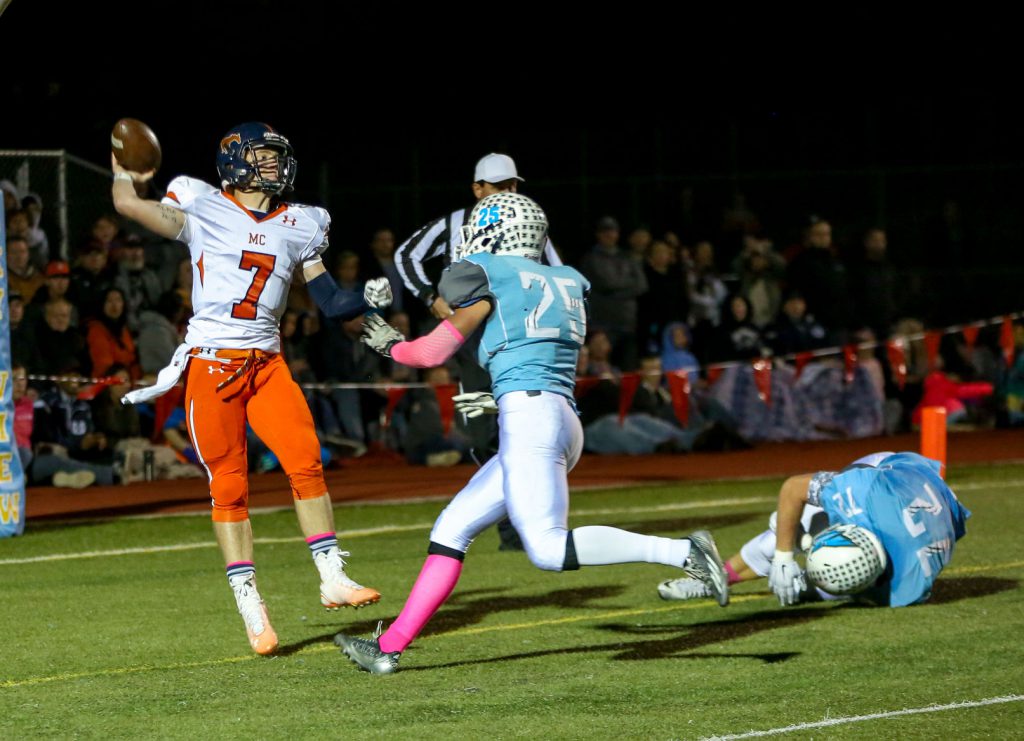 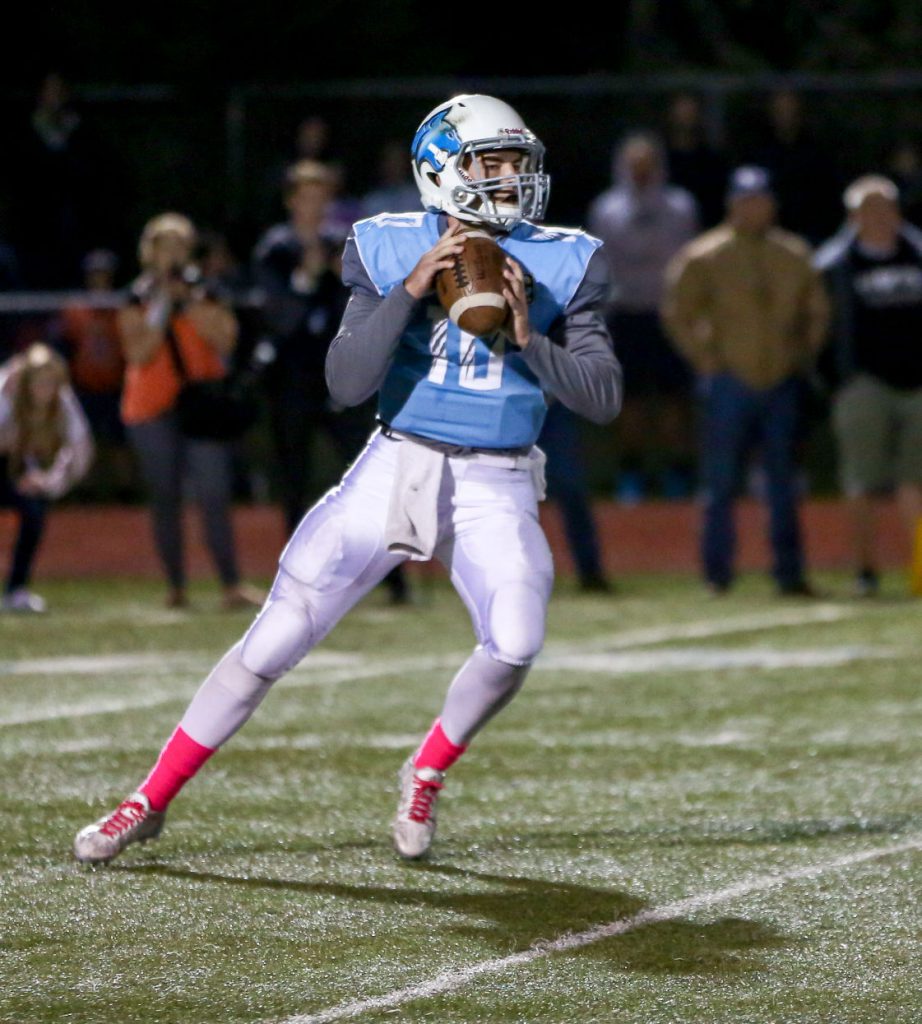 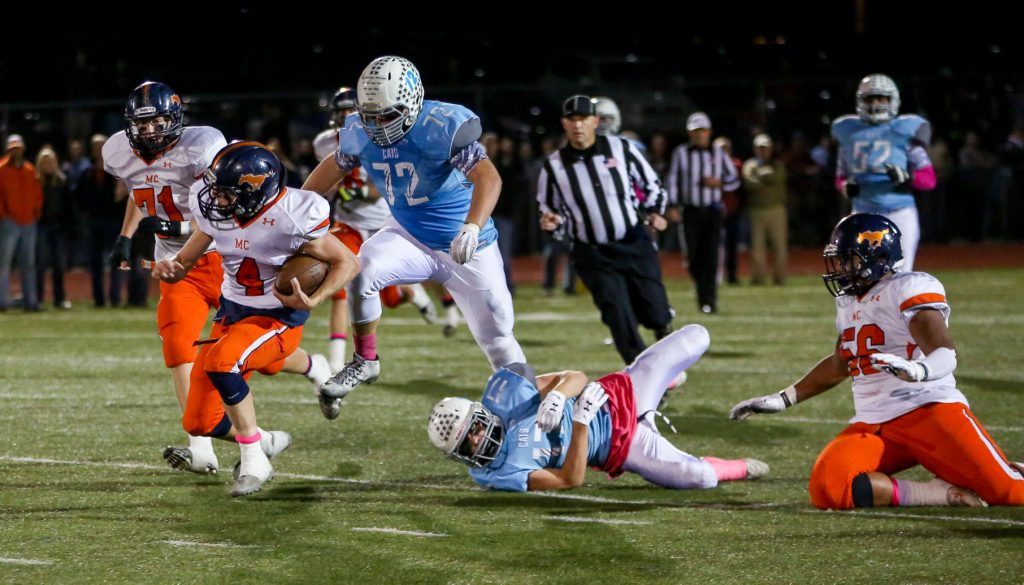 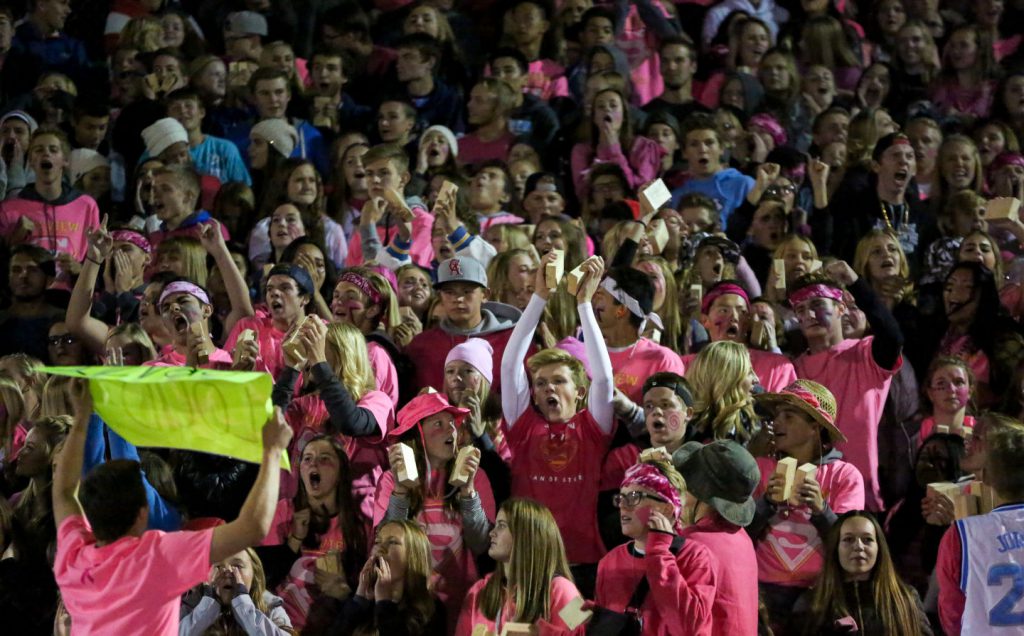 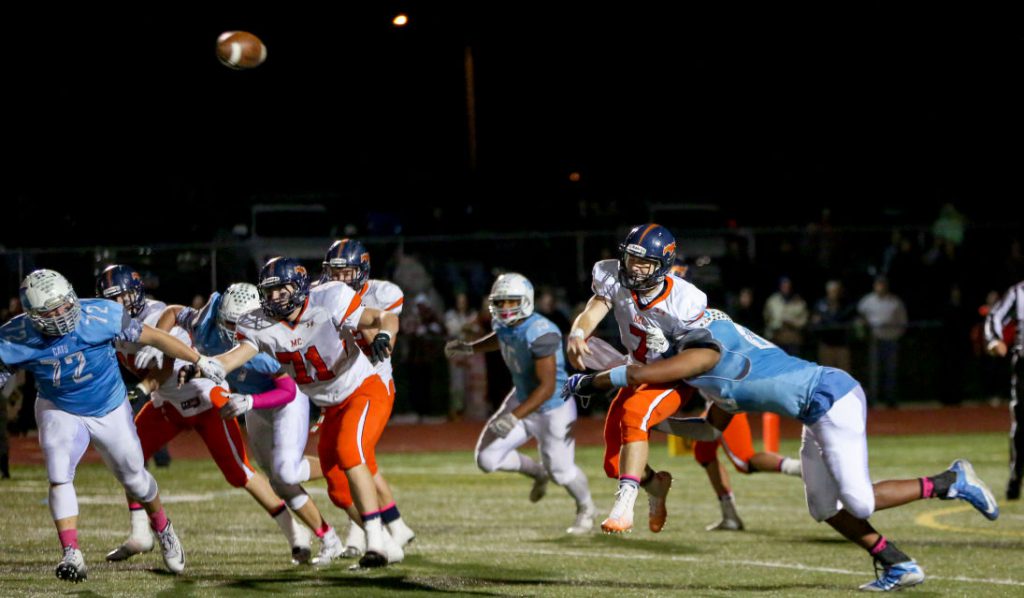 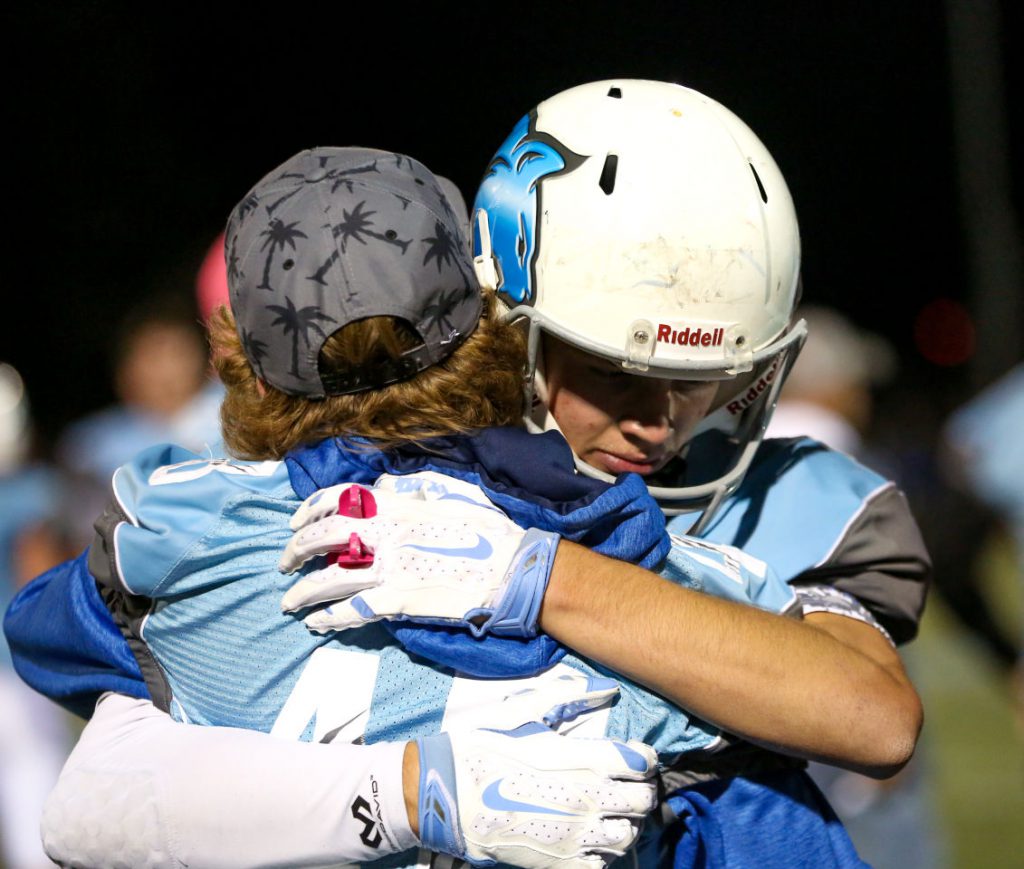 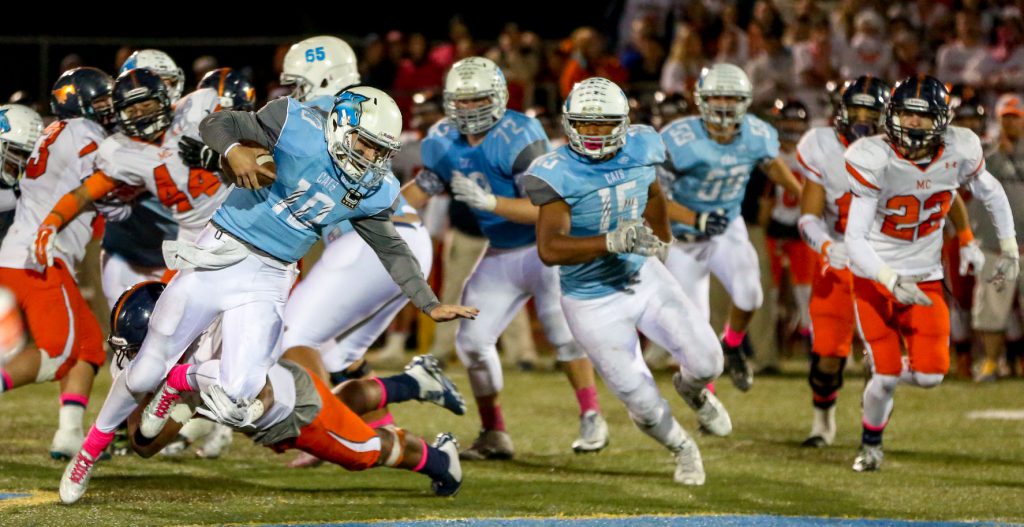 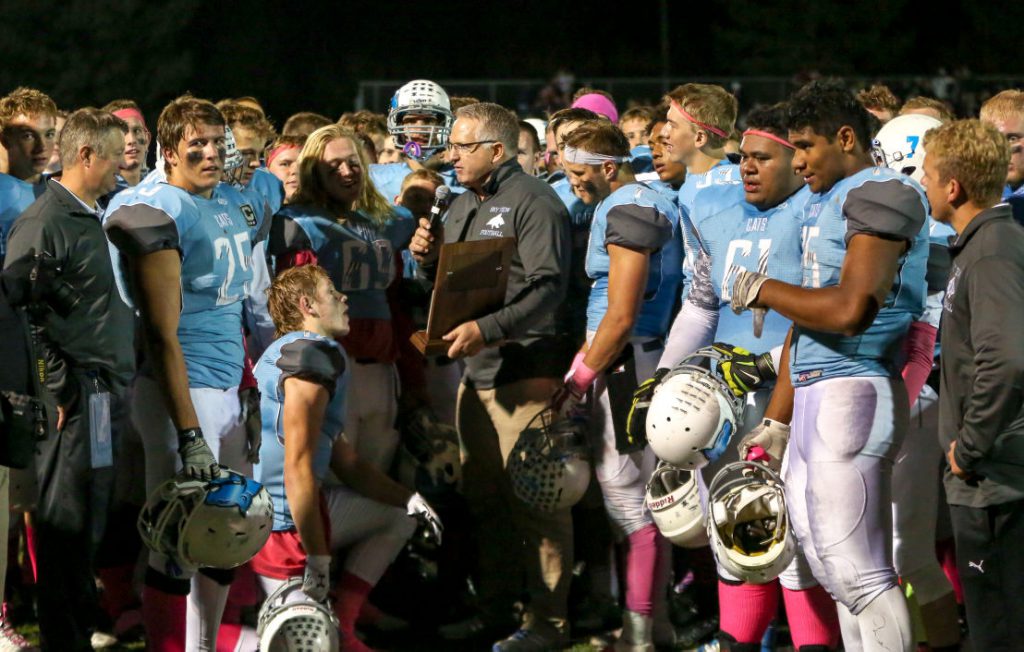 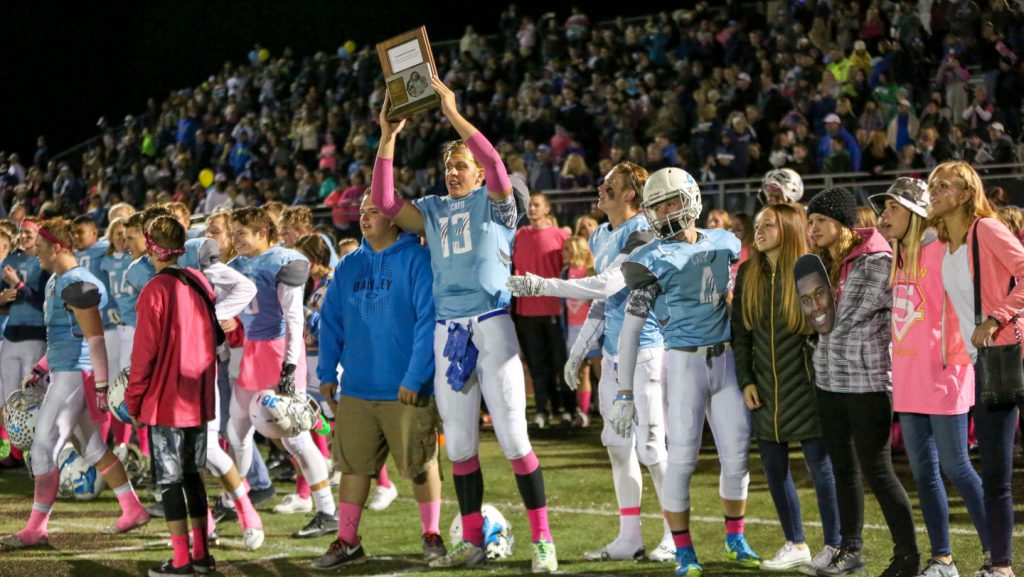 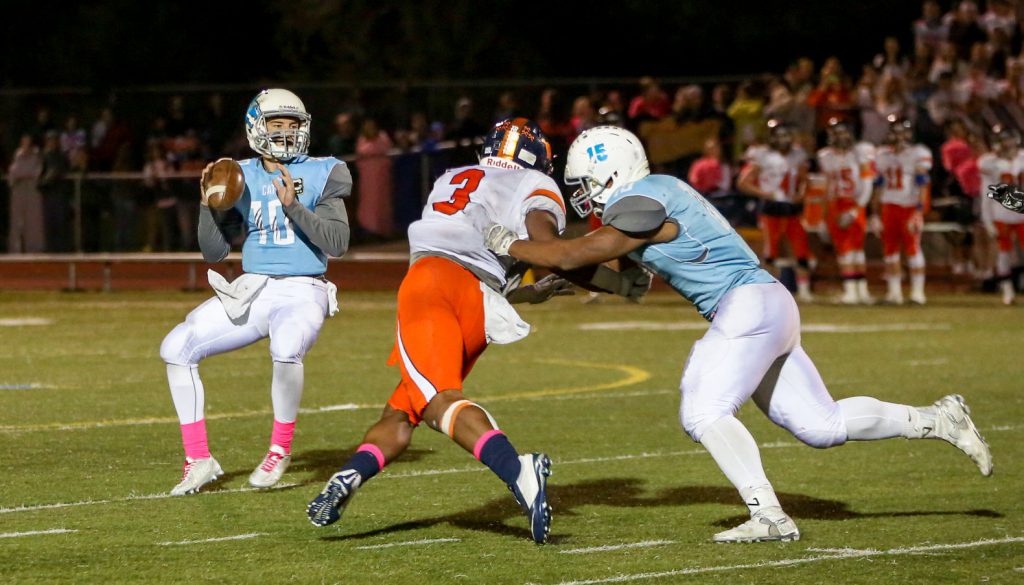 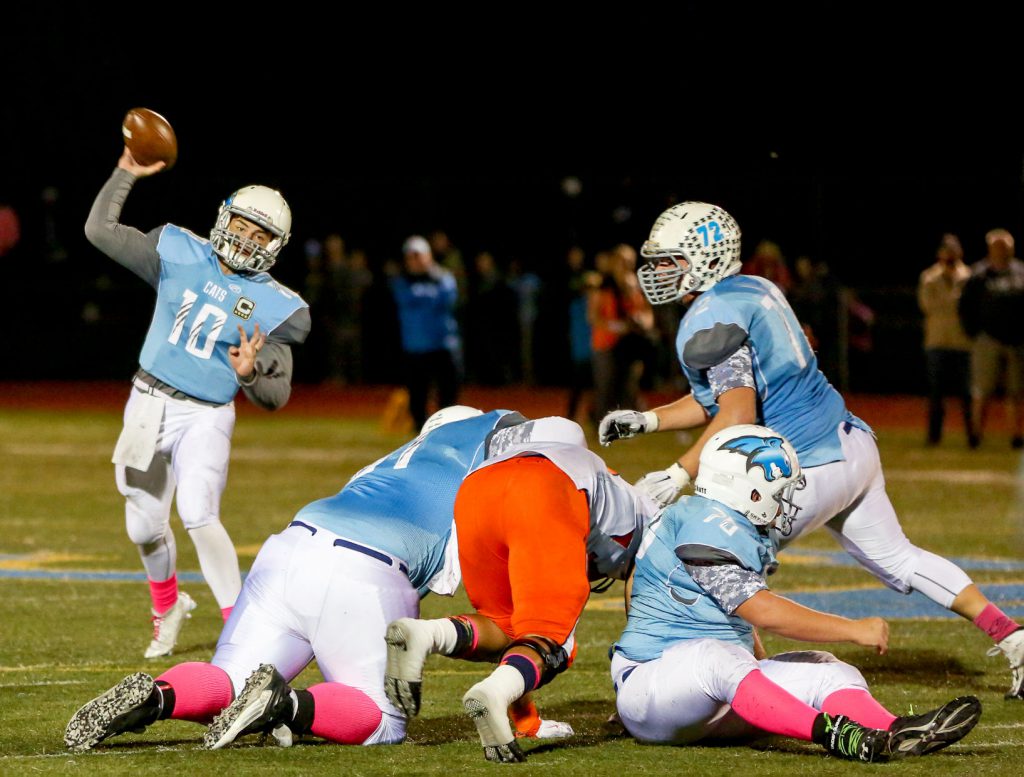 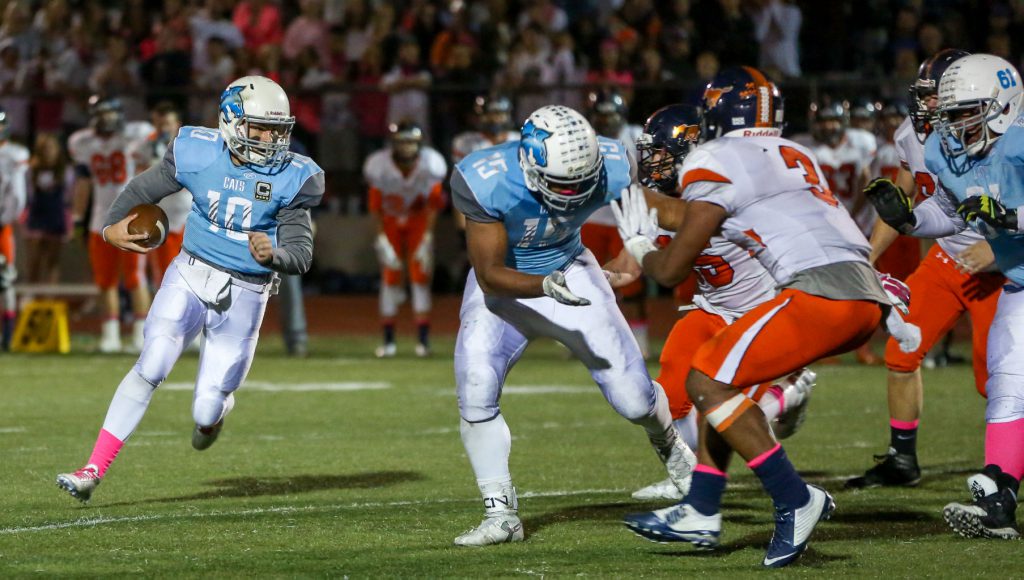 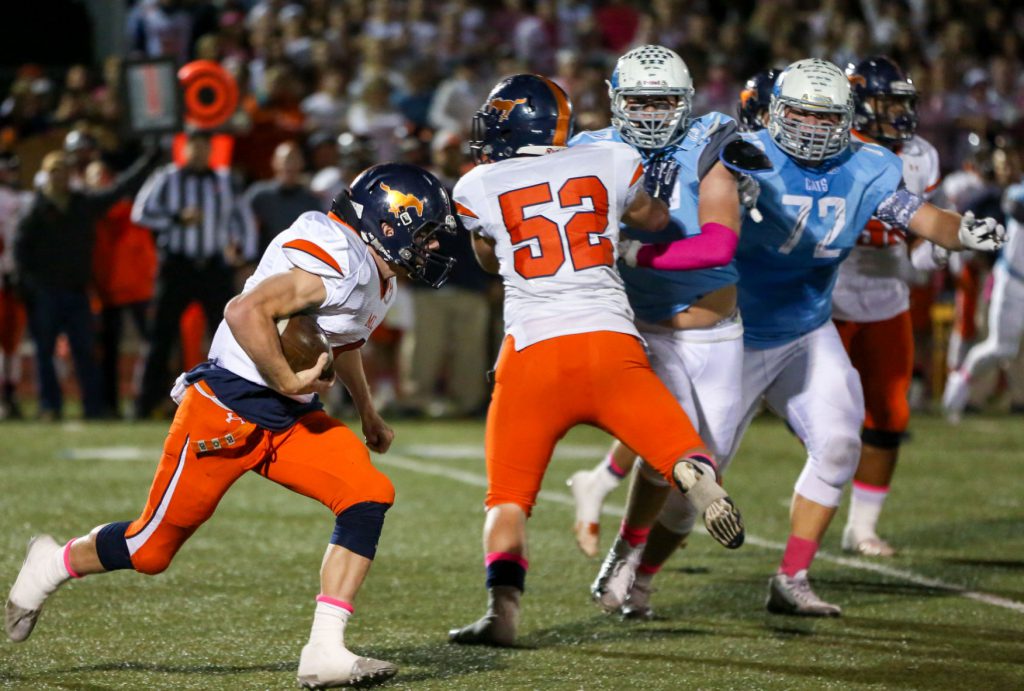 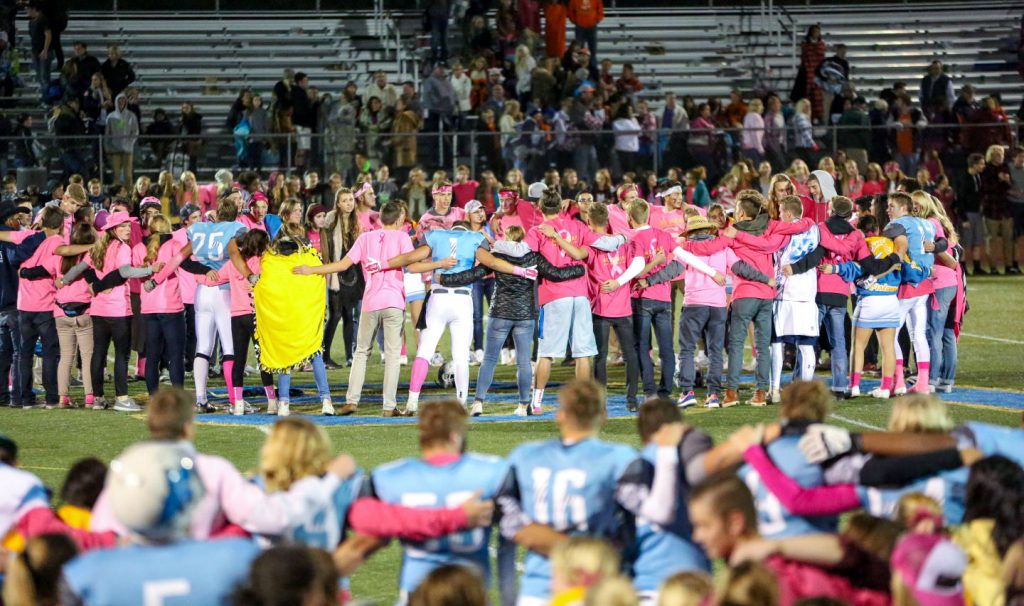 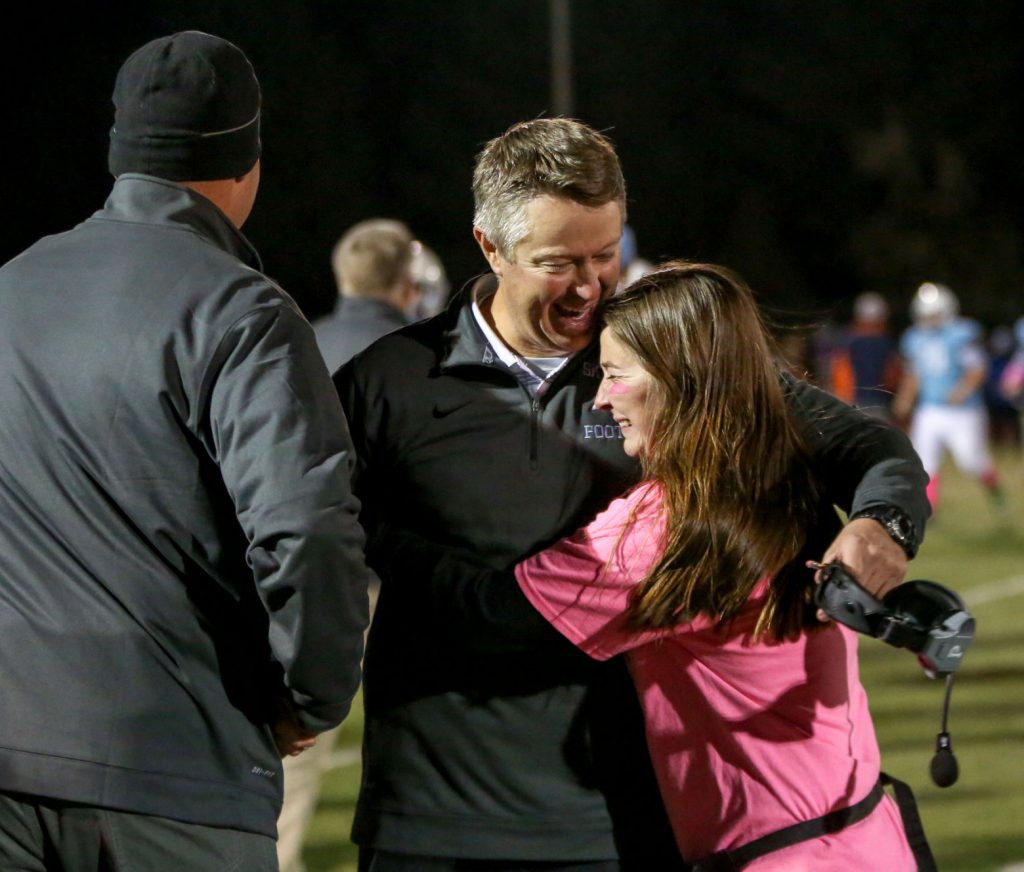 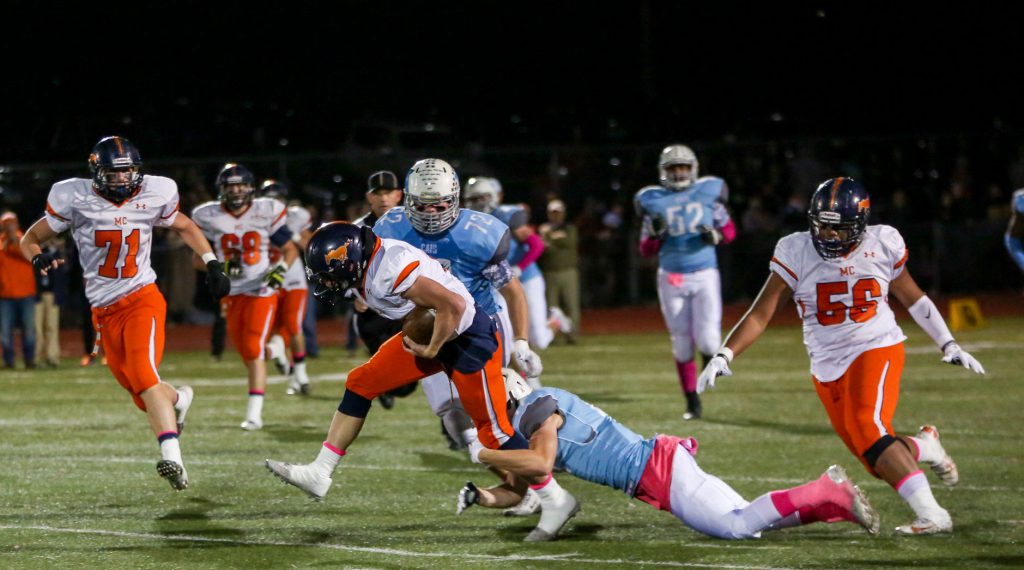 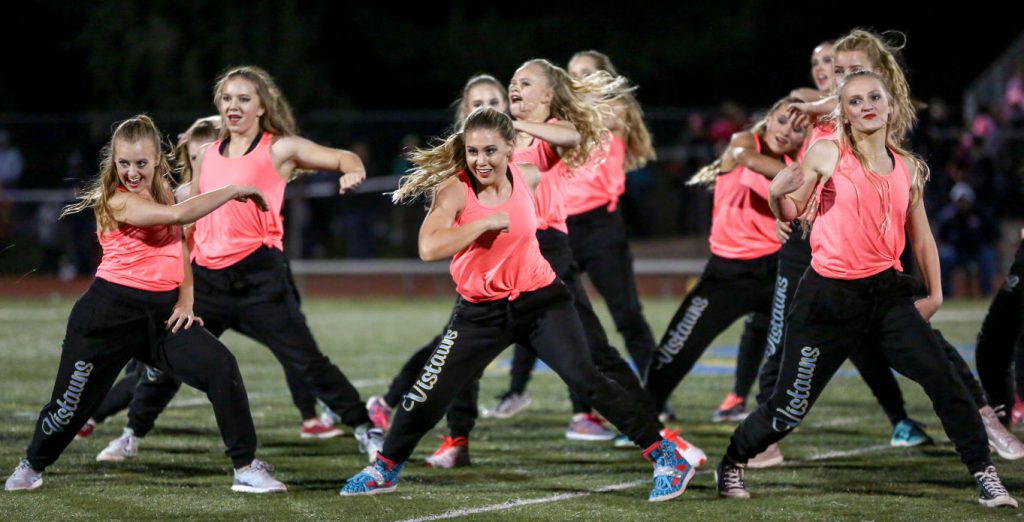 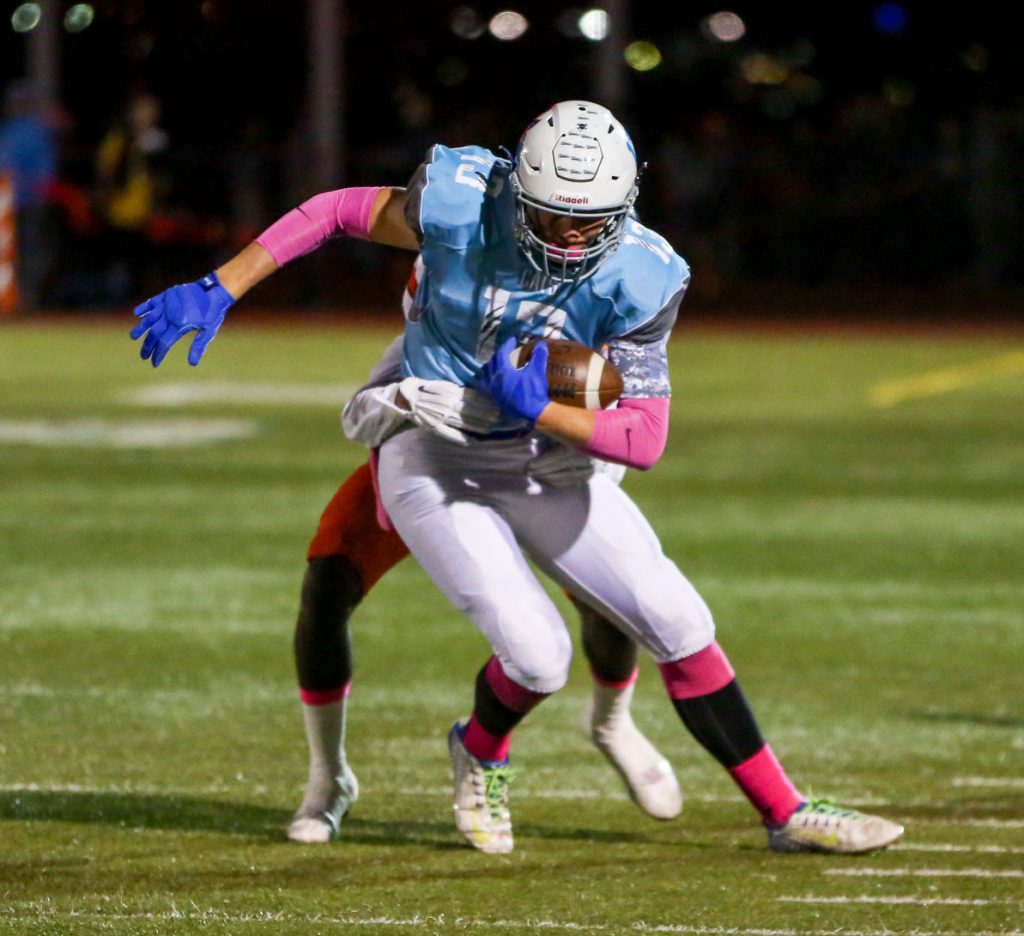 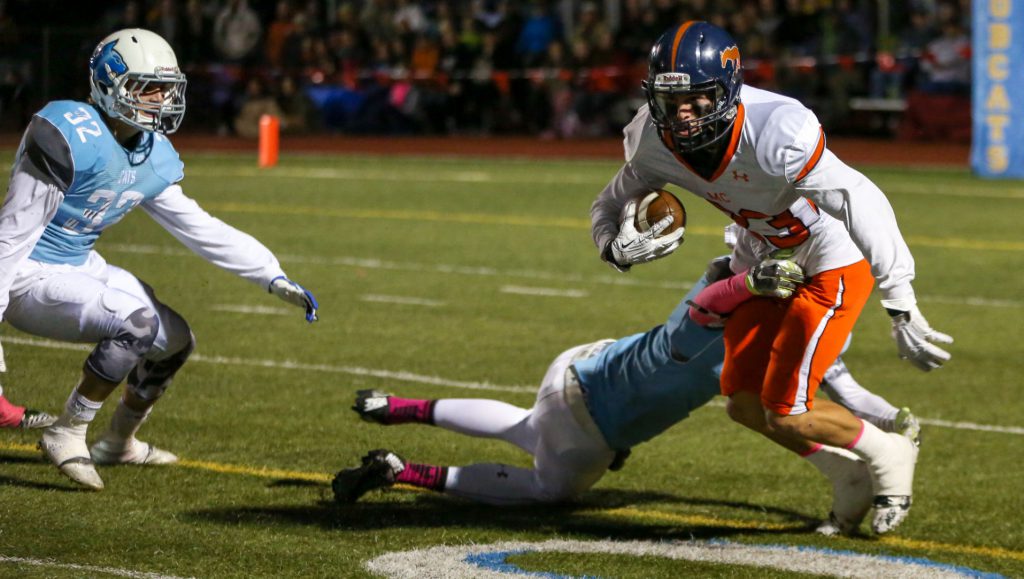 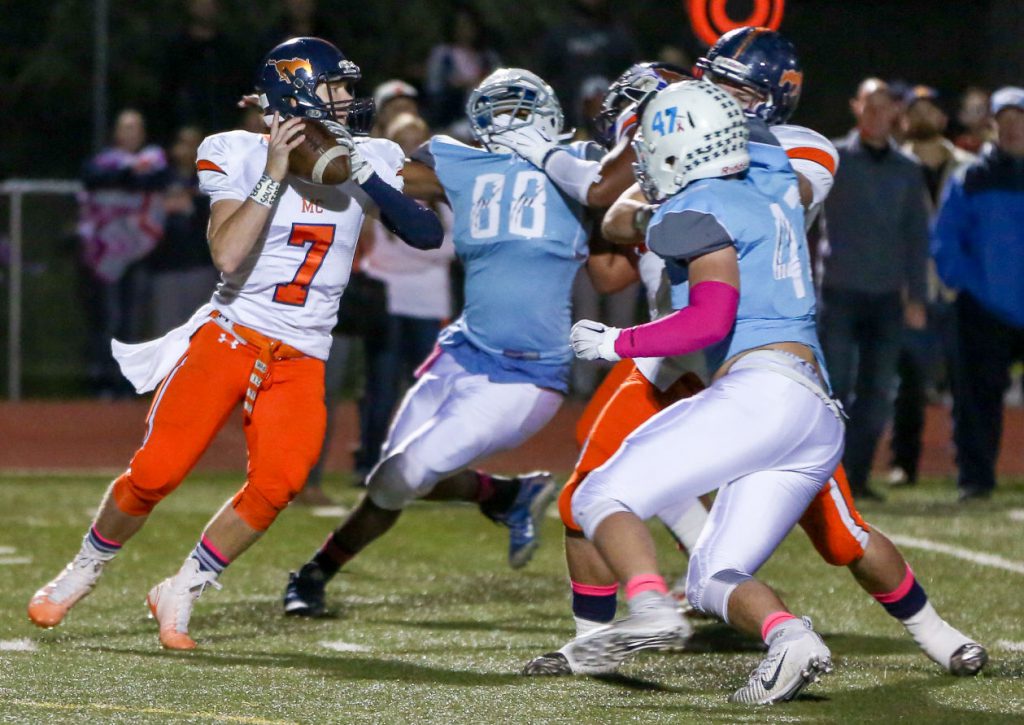 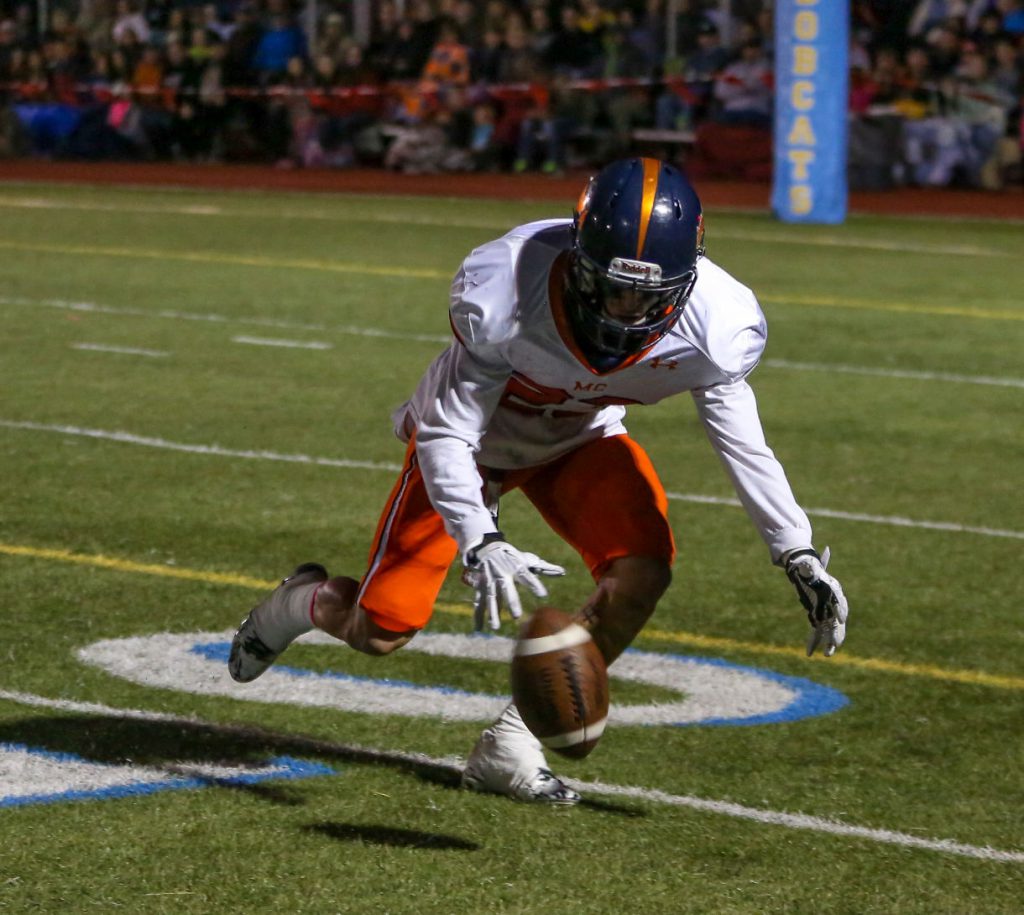 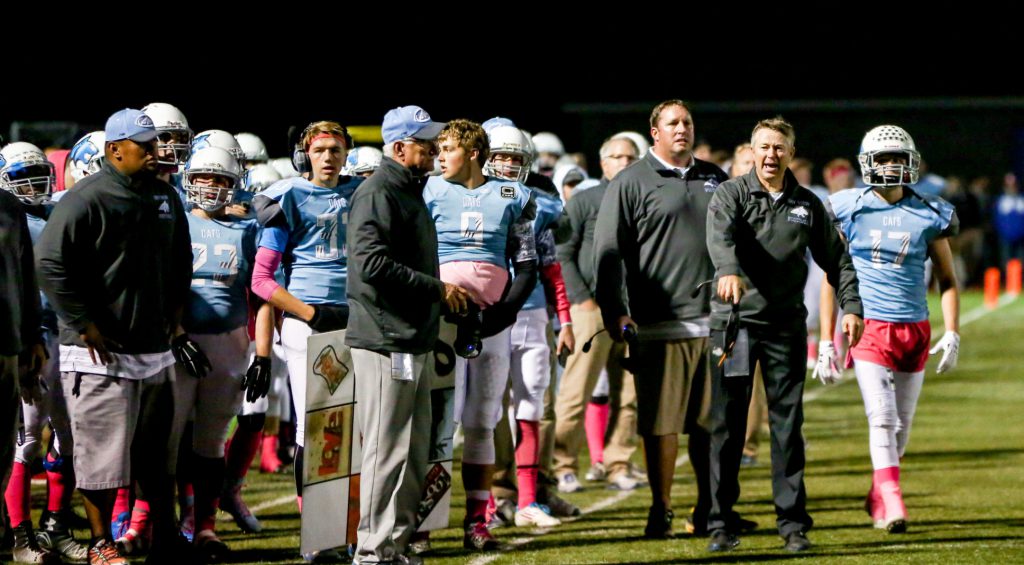 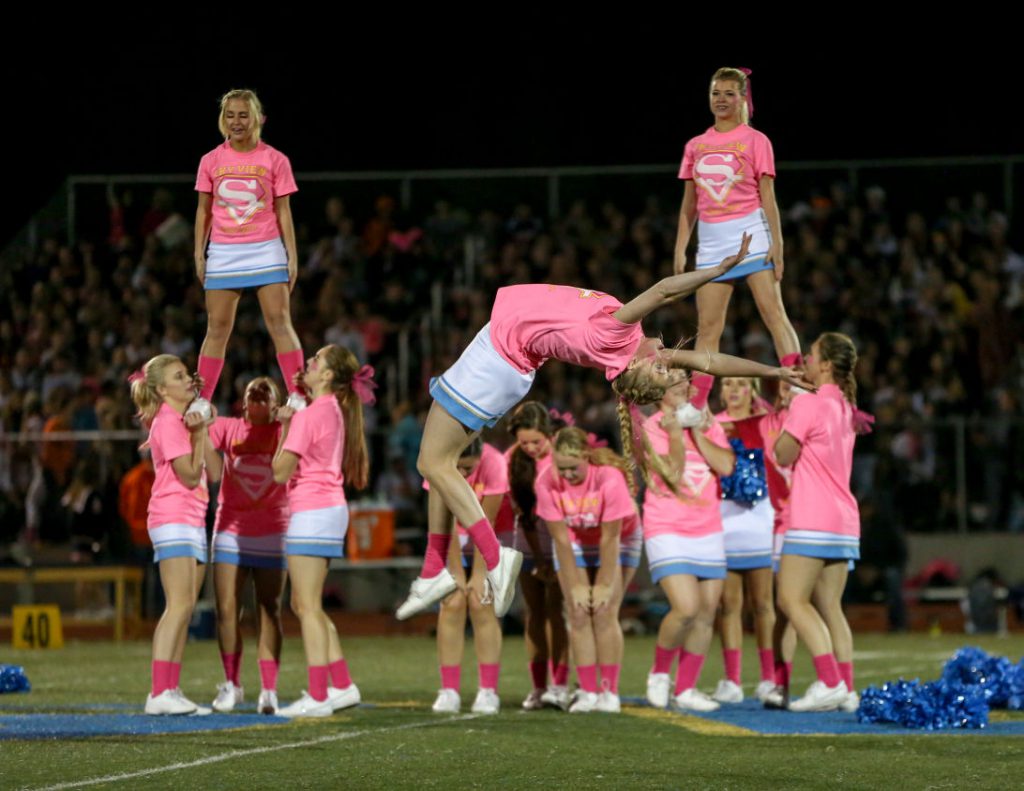 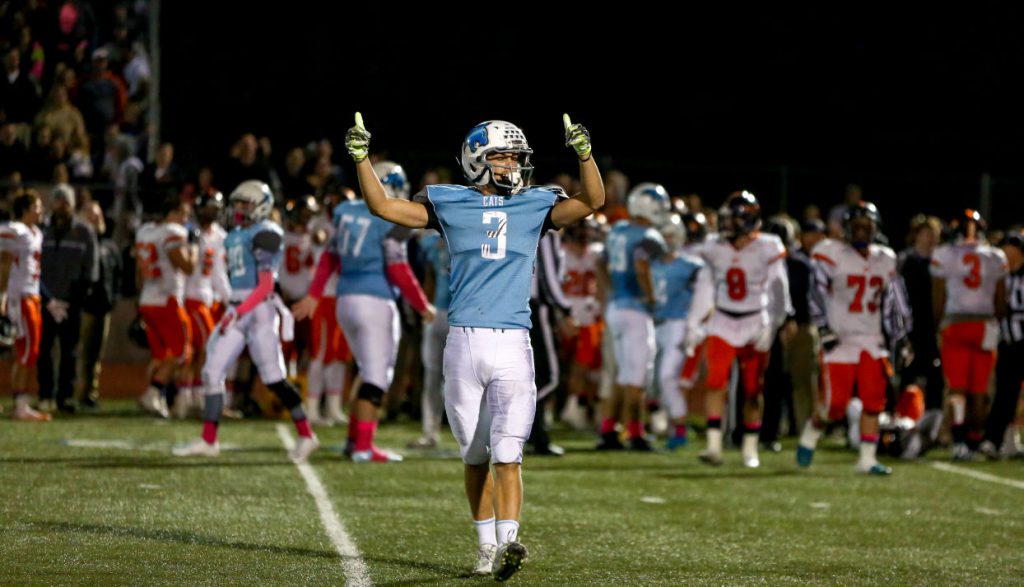 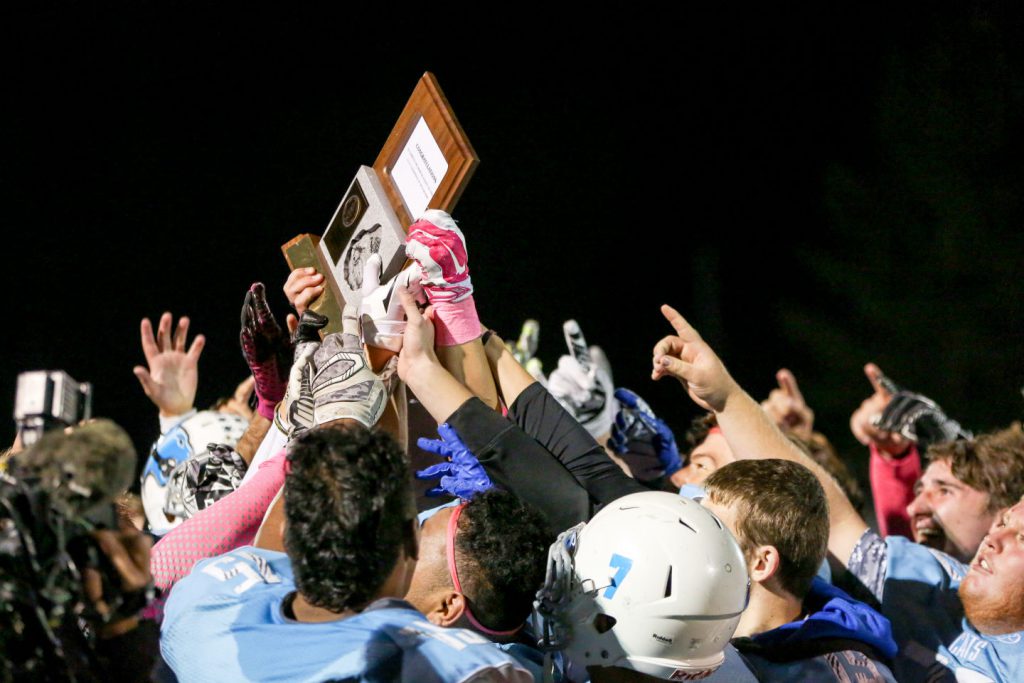 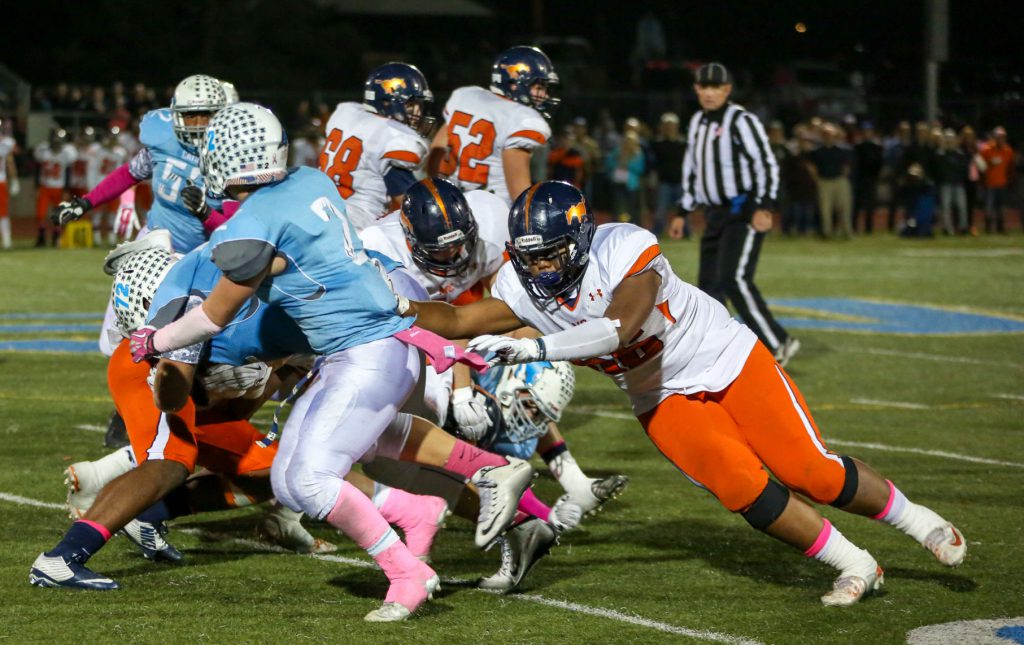 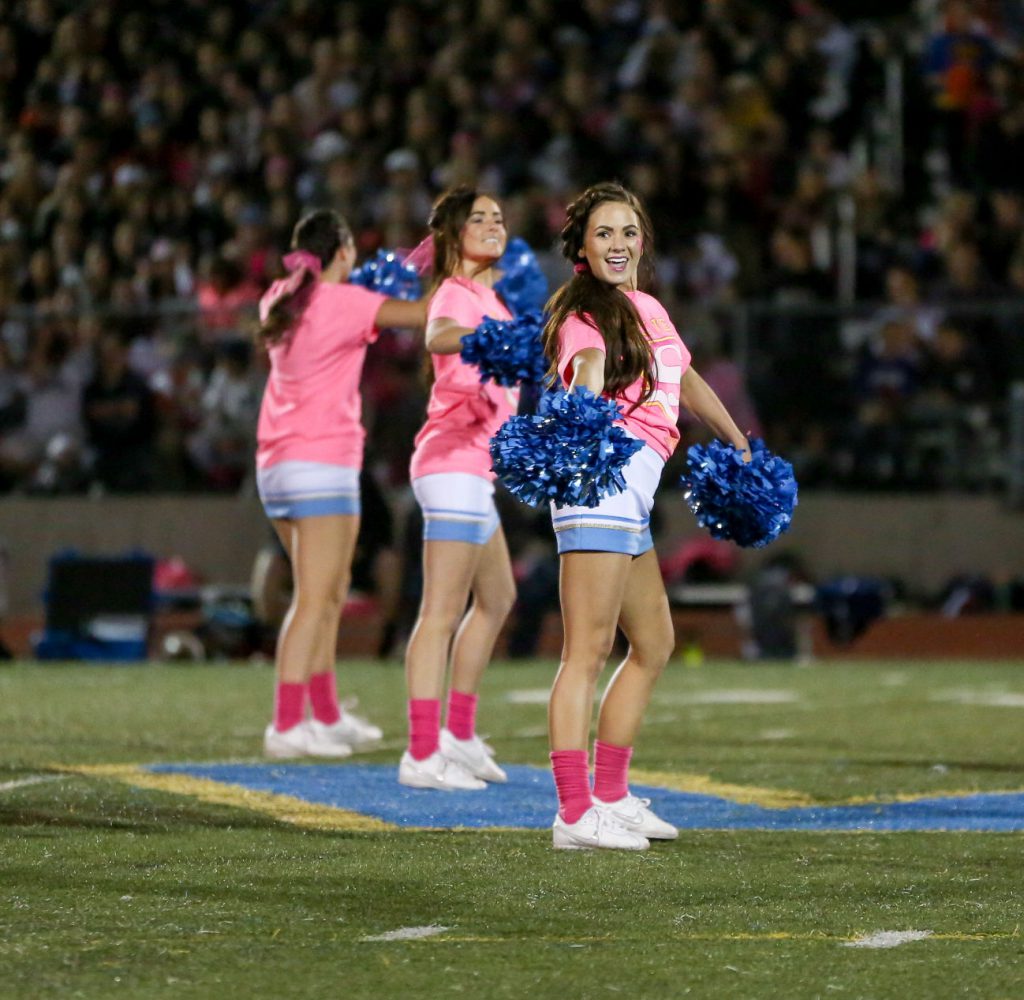 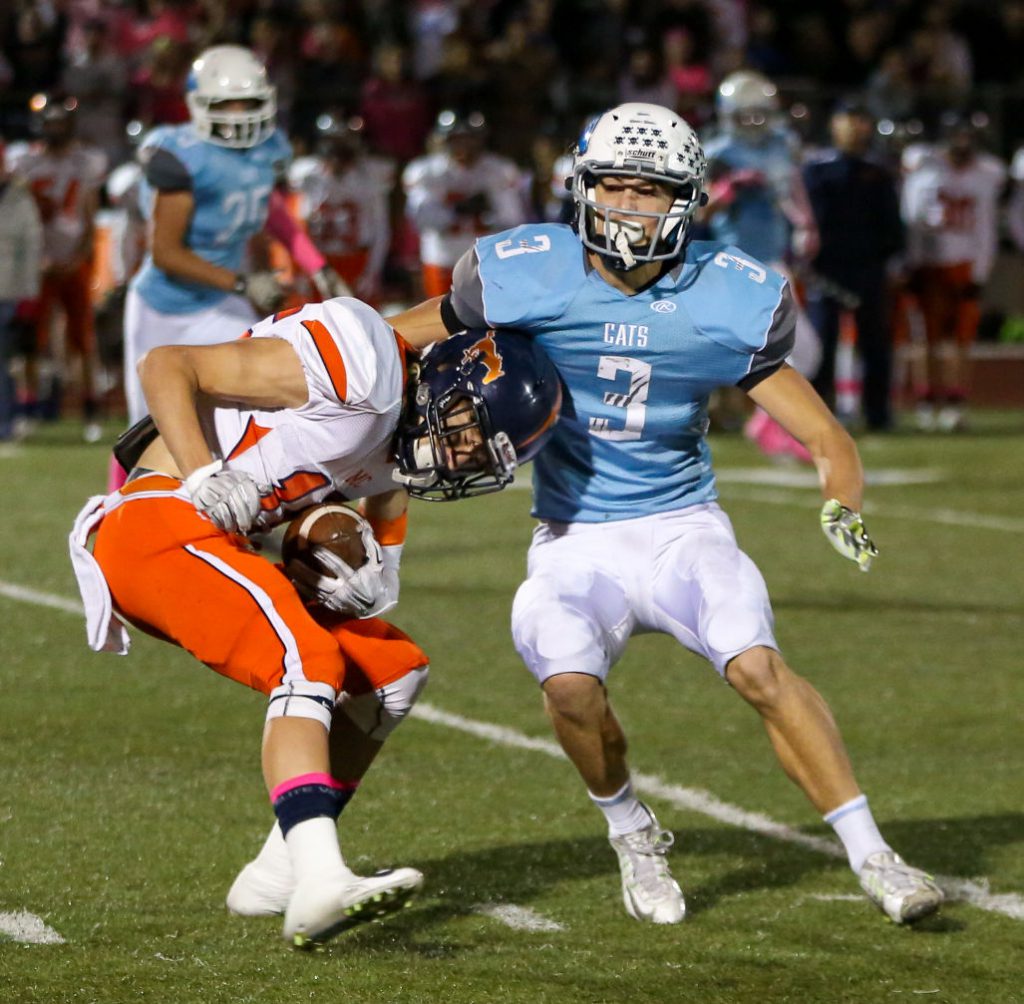