Three teams arrived in Brigham City Tuesday night with hopes of continuing their football season, but only one survived.

Box Elder defeated Bonneville 7-0 in the first two quarter game, then came back to take a late lead and held on for a thrilling 21-14 win over Woods Cross. The three teams had tied for fourth in Region 5 at 1-4.

In game one, both teams battle back and forth before Box Elder’s Dylan Rodriguez scampered in from 12 yards out. Steven Thomson’s PAT was good to give the Bees a 7-0 lead. Bonneville mounted a small threat before the Bees held on a fourth and one at the Box Elder 24 with 4:04 to go. The Bees were able to kill the clock for the win, but not without a key third down pass from Jarom Mecham to Rodriguez with 1:17 to go.

In game two, Box Elder got on the board first with a 22-yard TD pass from Mecham to Rodriguez. But Woods Cross came back with two scores, one a 59 yard pass from Ian Selin to Jordan Orozco, and a Selin 1-yard run.

The Bees tied it up with 5:58 to go when Mecham hit BYU-bound Darius McFarland on a 19-yard toss to the corner. Then things got exciting.

Woods Cross took the kick off to the 37 yard line, and began marching to a tie when, with 32 seconds left, the Bees’ Jackson Lancaster caused Selin to fumble the ball, which was recovered on the three yard line by Ethan Bunderson.

Rodriguez, who finished with 67 yards and three scores on the day, capped the win with a three yard run.

When Selin’s hail mary fell incomplete with no time left, the Bees celebrated. But not too long. They only have three days to prepare for Springville. 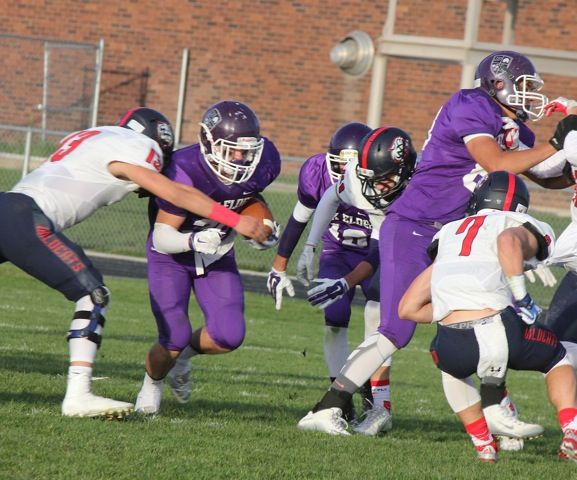 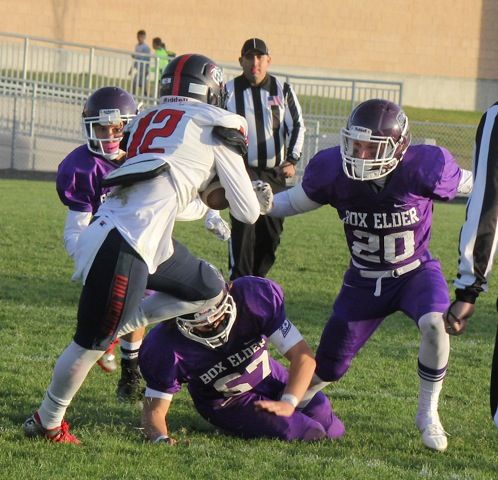 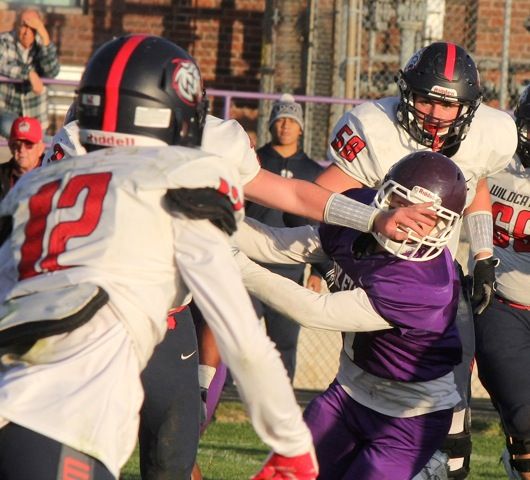 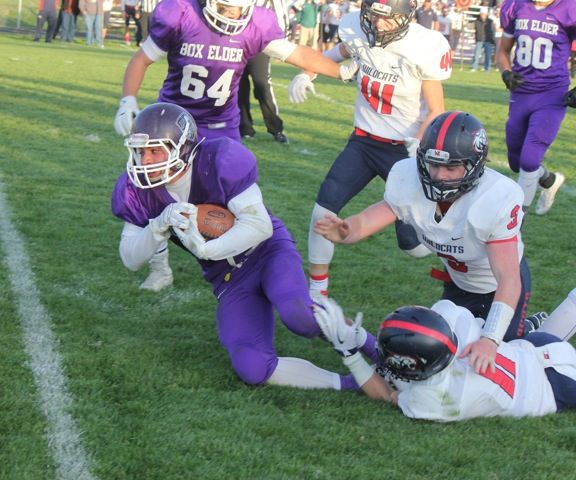