In a battle between two teams who had a hard time managing much offense in the first half, the 3AA south five seed, Pine View pulled off a thrilling road win at Bear River the 3AA north four seed, 21-13, Friday night.

On a cold, wet Halloween eve, there were no treats early in the game, mostly tricks. Both teams did manage a score in the second quarter, with the Bears scoring first on an Easton Payne one-yard run. Pine View came back and scored with 33 seconds left in the half to tie it at 7-7.

With starting quarterback Kaygen Canfield at the hospital getting x-rays at the start of the third quarter, the Bears turned to former starter Triston Merritt for help. The senior did his best to keep the Bears in the game, but the Panthers were the ones who did the damage, scoring on a 10-yard pass in the third quarter and a 13-yard pass in the fourth as the Bears had a hard time defending the Panther air attack.

The Bears came back, however, adding a Gage Kaneko 5-yard run in the fourth to bring the score to 21-13. The defense held and the offense set up a last gasp effort. But that failed when senior Bridger Beus, who missed most of the year with a broken foot, caught a pass and was tackled at the Pine View 5-yard line with five seconds left. Pine View kneeled down to kill the clock and the Panthers (6-4, 1-4) started making plans for a game at Dixie High next week.

Statistically, the game was very even, with the Bears amassing 273 yards of total offense to Pine View’s 324. Canfield was 5 of 13 for 57 yards with a pick. Merritt completed all three of his attempts for 37 yards. The Bears threw in three trick plays, including two passes, by Beus and Kaneko, both completions. Kaneko managed 78 tough yards on the ground, nearly matching the whole Pine View ground attack of 94 yards. The difference in the game was Pine View’s passing attack, racking up 230 yards in the game.

For the Bears, who finished the year at 3-8 overall (2-4 3AA north), it was the ending to a tough season. But coach Chris Wise praised his team, particularly its seniors, for working hard to the end.

“We have grown up so much together over these past four season,” said Wise, on 104.9 FM radio show after the game. “I am so proud of the fight these seniors have shown all season.”

The future is bright for the Bears as most of the team will be back next year. They started several sophomores and juniors this year, including Canfield (sophomore), Kaneko and Payne (juniors) and top receiver Gunner Sorensen (junior). On defense junior Josh Madsen anchors a solid returning corps of players.

“We had every opportunity to win this ball game, it just bounce our way tonight,” Wise said. “(The kids) sold out, they sold out.” 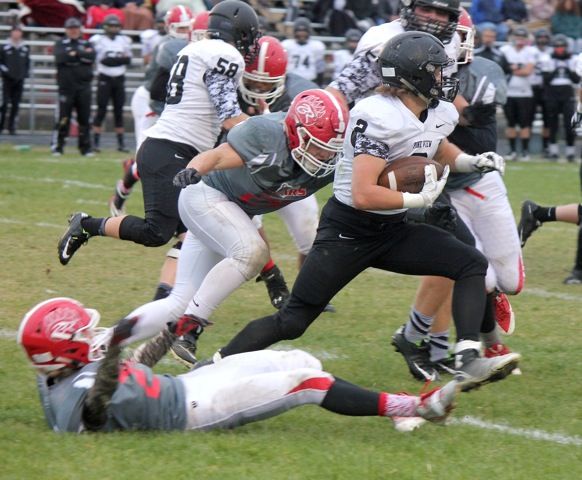 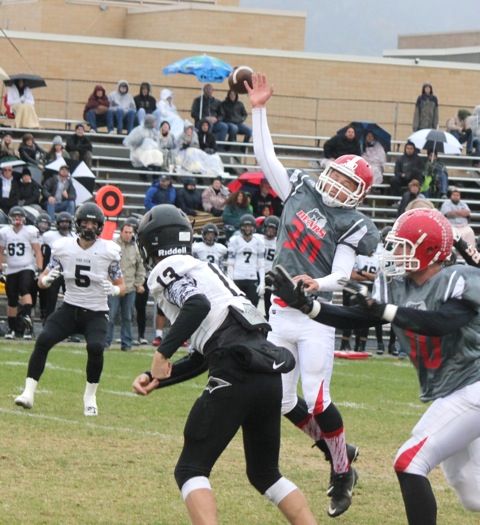