OGDEN – The Aggie basketball players had to have had a lot on their minds going into Friday night’s season opener at Weber State. It was the first official basketball game under new head coach Tim Duryea, it took place in a traditionally loud and difficult place to play and it came two days after their teammate left the team for reasons that are still unclear.

“We definitely had a lot of adversity before this game,” senior guard Chris Smith said.

Despite the challenges, the Aggies came out on top. The 73-70 final score came after 11 lead changes and four ties, and left few in the Dee Events Center comfortable in the final moments of the game. Despite the imperfections, Utah State’s record is a perfect 1-0.

Some of the game’s heroes hadn’t put on an Aggie uniform in real game until Friday night. Redshirt junior forward Lew Evans scored 17 points in his 21 minutes on the court. Junior guard Shane Rector debuted his speed and ball-handling skills on his way to a 15-point, five-assist and three-steal night.

The first half started rough for the Aggies. After falling behind 7-0 early on, it was Elston Jones, who finally got the Aggies on the board. Jones, who most likely wouldn’t have started were it not for David Collette’s sudden departure, helped get the Aggies caught up by scoring four of USU’s first seven points.

“(Jones) really made some authoritative post moves going toward the basket,” Duryea said.

The Aggies took a lead for the first time almost 12 minutes into the game when Smith hit one of his first 3-pointers and put USU on top 17-15.

After a back-and-forth battle, USU rallied to take control with a 9-point lead with just 3:39 left in the game, but a dunk from Weber State’s Kyndahl Hill sparked a 10-2 run that put the Aggies up by just a point with only 16 seconds left to play.

“We made some mistakes at the end,” Duryea said. “At the end of the game defensively it was really sloppy. We’ve got to clean some things up there.”

The ball was inbounded to Rector who was immediately fouled. Rector hit both free throws, Weber State missed the following shot attempt and USU left Ogden with a win.

“I wouldn’t rather have anybody else on the line then him in that situation,” Duryea said. “He’s a clutch free throw shooter.”

“I’m a good free throw shooter so I just went out there and shot the two,” Rector said. “It went in.”

Jalen Moore and Smith led USU with 7 rebounds each, Smith also led in scoring with 19. 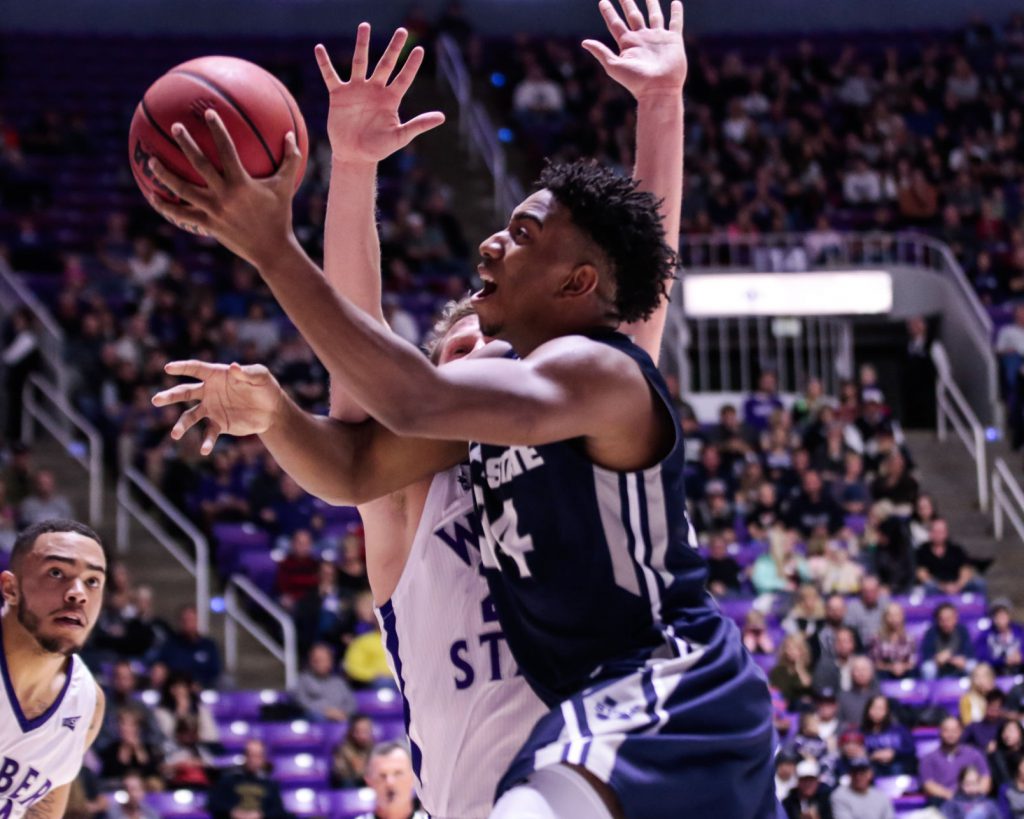 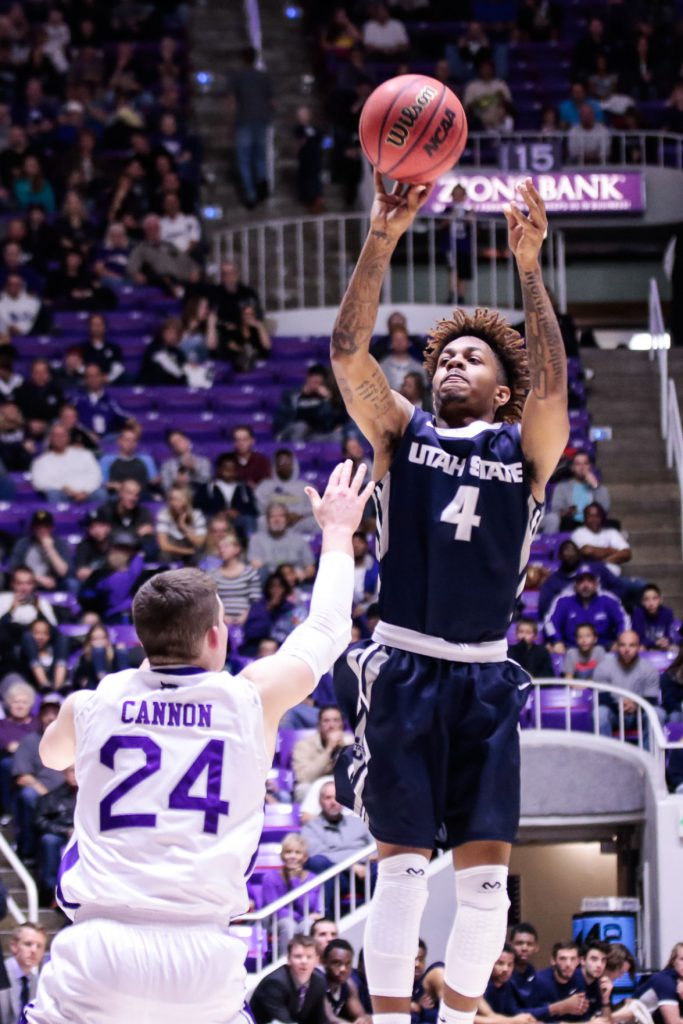