LOGAN – Chuckie Keeton added another chapter to his sure-to-be legendary Utah State story Saturday afternoon. As if Aggie fans needed another reason to love their quarterback, the redshirt senior came in for injured quarterback Kent Myers, rushed for 66 yards and threw for 109 more to help put together 24-unanswered points in a comeback win over the Nevada Wolf Pack.

“We’re still trying to figure this team out in a lot of ways, but I’ll tell you one thing we’re not is quitters,” USU head coach Matt Wells said. “There’s a tremendous amount of resiliency.”

In the first half the Wolf Pack scored three touchdowns, one of them off a pick-six and another shortly after an interception gave Nevada the ball deep in USU territory. The Aggies’ only first-half score came from Hunter Sharp’s 96-yard kickoff return. By the beginning of the third quarter, hope had seemed lost for many Aggie fans. Nevada had just increased its lead to 20 points after running back James Butler pulled off a 60-yard touchdown run. After an incomplete pass, Keeton was sacked and the Aggie offense face third-and-15 from its own 20-yard line. The defense came after Keeton, but he kept the ball, avoided tackles and scrambled 16 yards for the first down.

“More than anything, it was amazing to see how much time the O-line gave me,” Keeton said of the play. “Because really, I actually surveyed the entire field, but I didn’t want to force anything.”

Two plays later, he did it again, this time from third-and-7. He was forced to scramble, but came up one yard short. Senior linebacker Nick Vigil picked up the first on a direct snap the next play.

“I just think its one of the most important attributes you can have as a quarterback, is how you play on third down,” Wells said. “To be able to extend drives to make the plays he made with his feet today, I’ve got all the respect in the world for him, but I think Chuckie Keeton played a heck of a game.”

The Keeton heroics led to a Devante Mays 5-yard touchdown run, the first 6 points of the 24-unanswered to complete the comeback victory.

Keeton and Mays came up big again on the next drive. Keeton completed three-straight passes for 28 yards, then Mays ran three-straight times for 40 yards to cut the score to 27-21. Mays finished with 133 yards on 22 carries.

“He ran behind his pads and he ran really hard,” Wells said. “It was a tremendous performance, as you could see.”

The Aggies took the lead in the fourth quarter. Aaron Dalton’s punt was downed on the 1-yard line and the ball was fumbled the very next play. It was Kyler Fackrell who jumped on it.

“I just saw that he fumbled it,” Fackrell said. “It was on the ground right there, so I just went and kind of hit him to get him off the ball.”

The last Aggie score came with 2:26 left on a 42-yard Jake Thompson field goal. Nevada got the ball back with one last attempt to win, but the Aggie defense held the Wolf Pack for four-straight plays to win the game.

The win improved USU’s record to 6-5 overall and 5-3 in conference. The Aggies are now bowl eligible for the fifth-straight year and will face BYU next Saturday at Maverik Stadium. 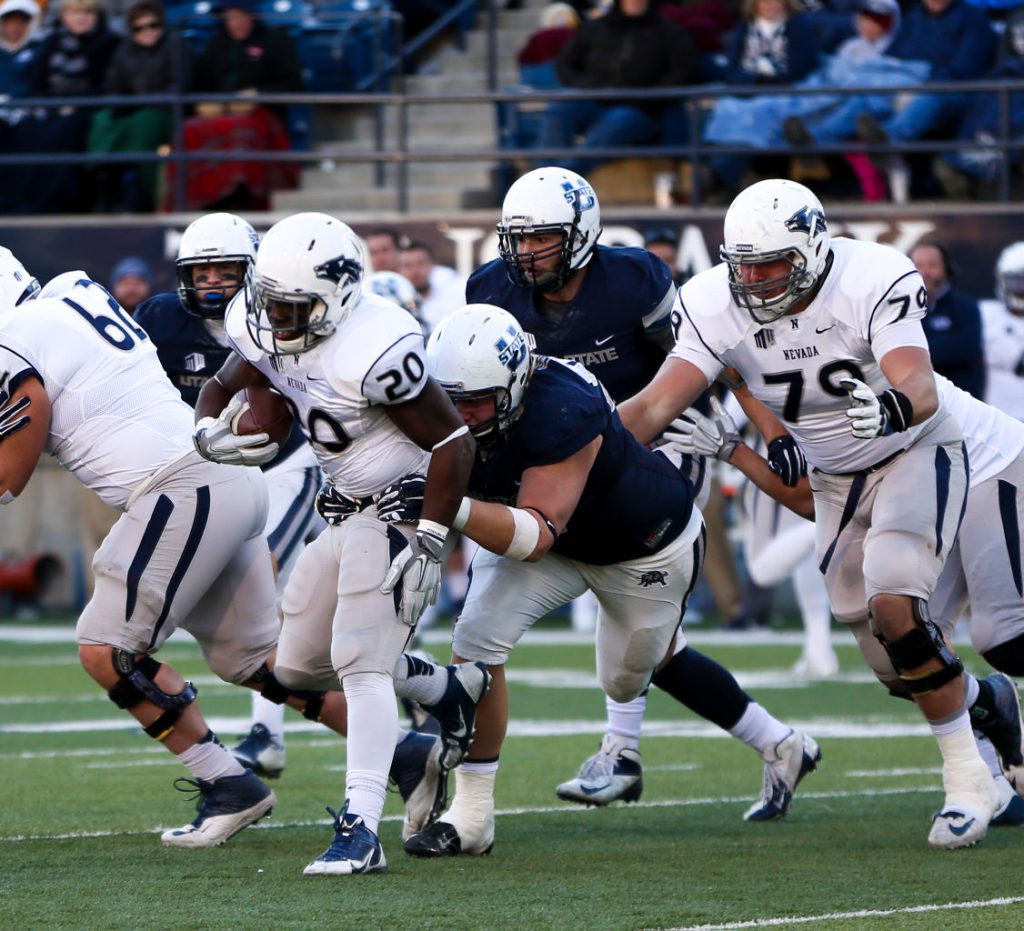 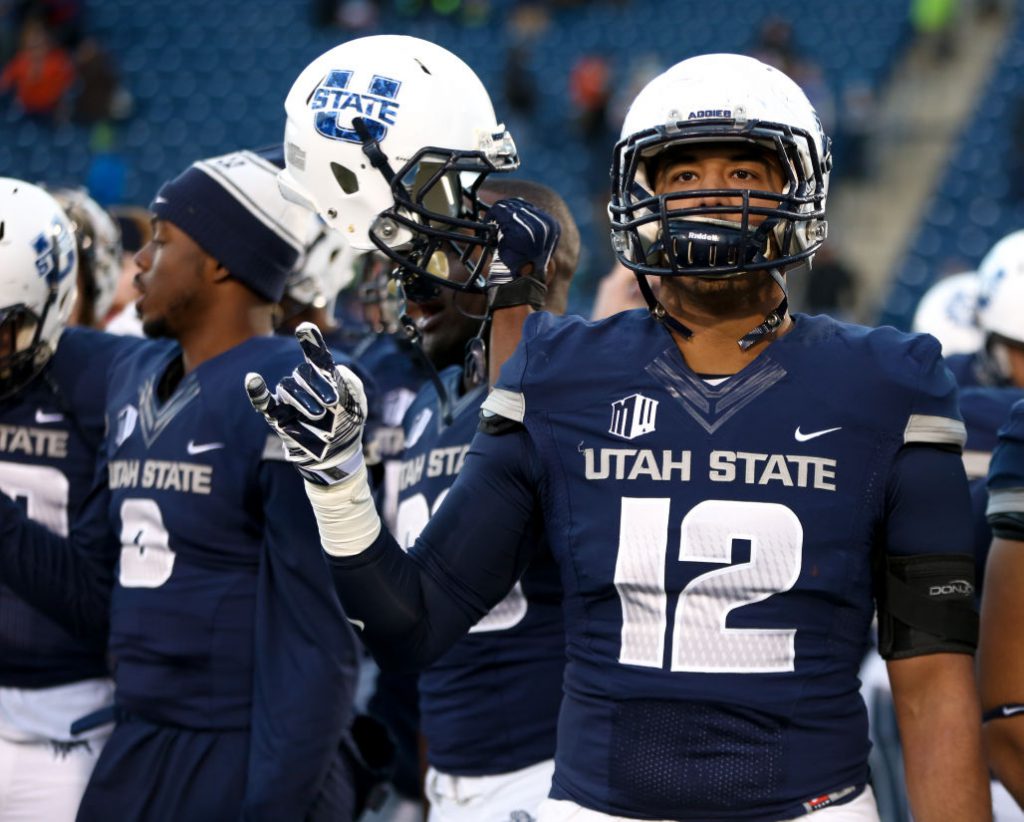 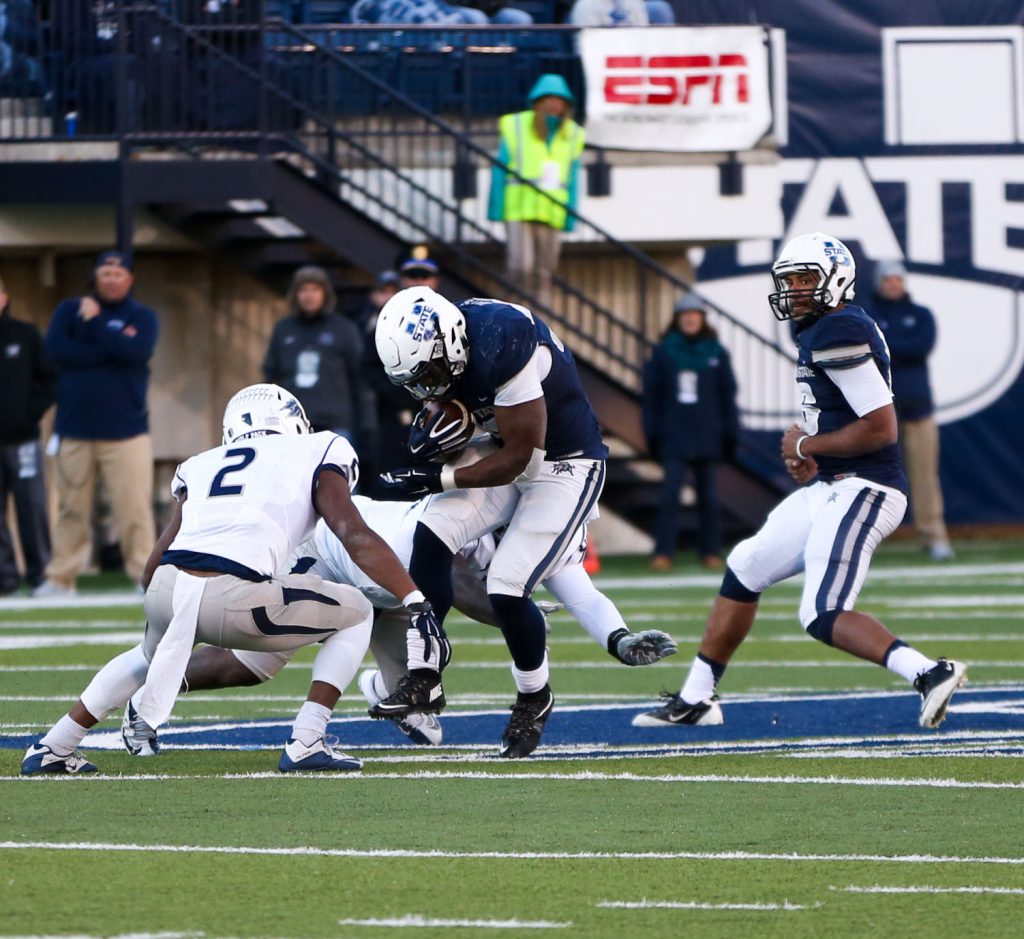 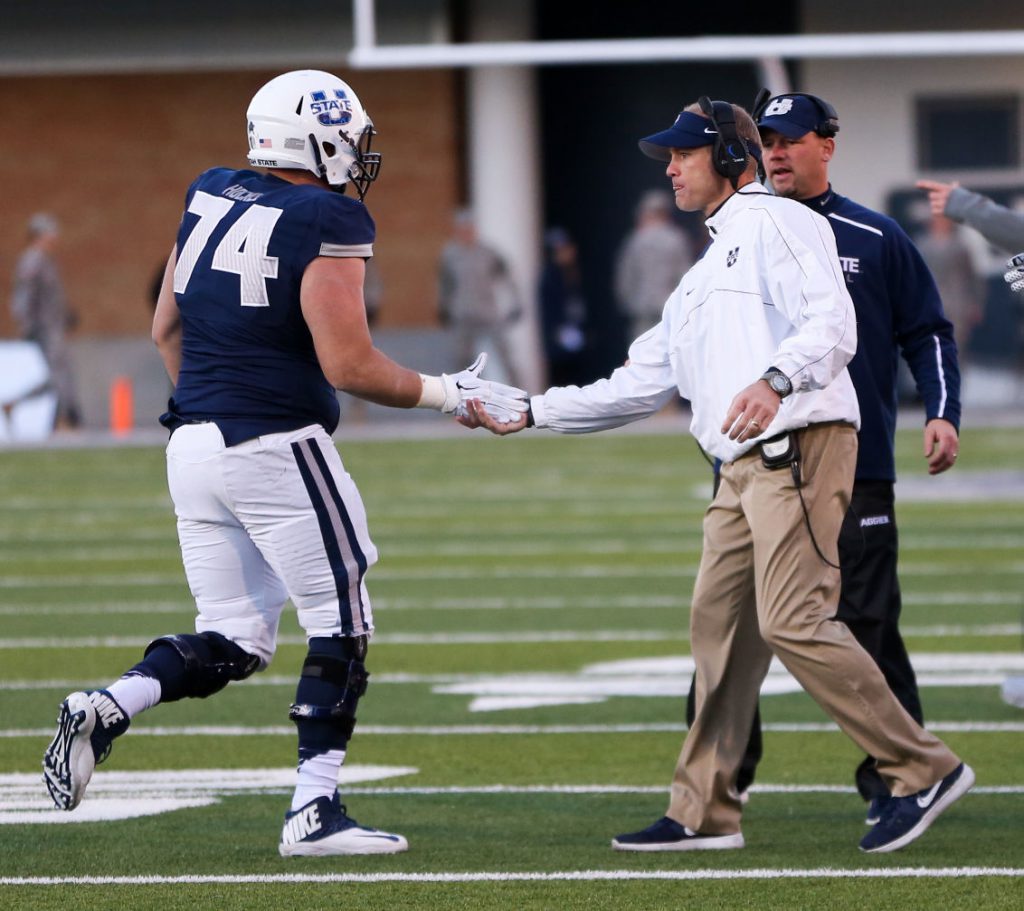 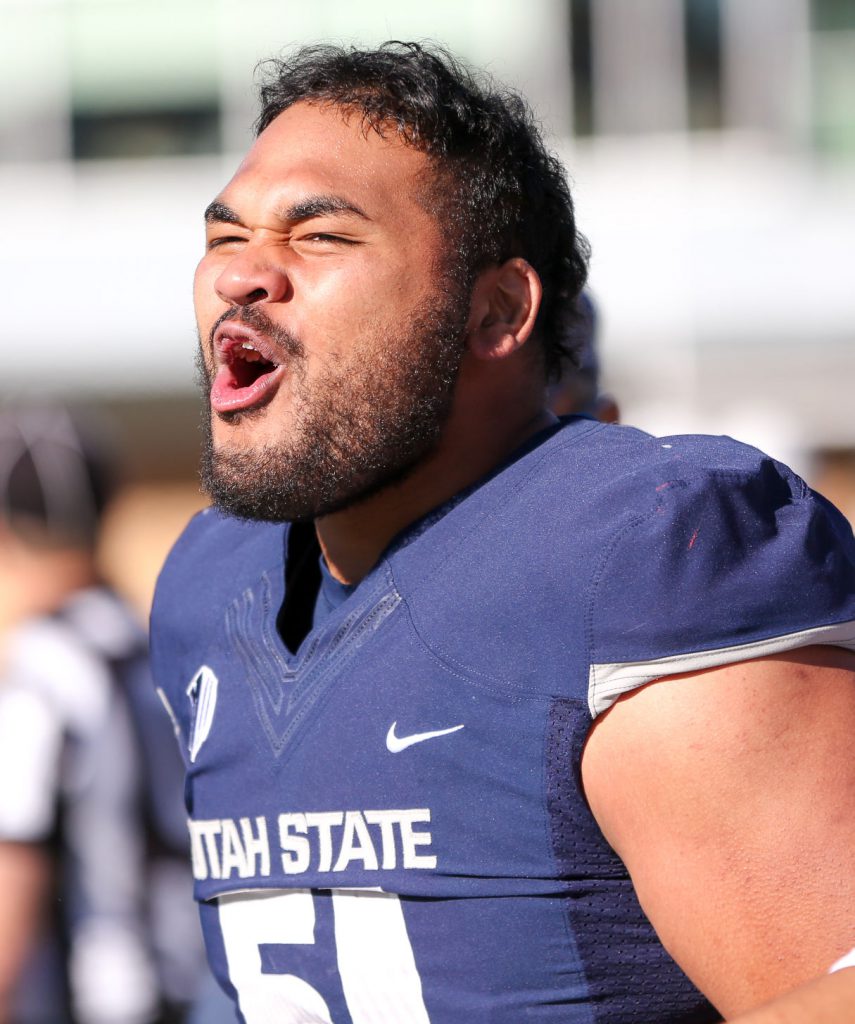 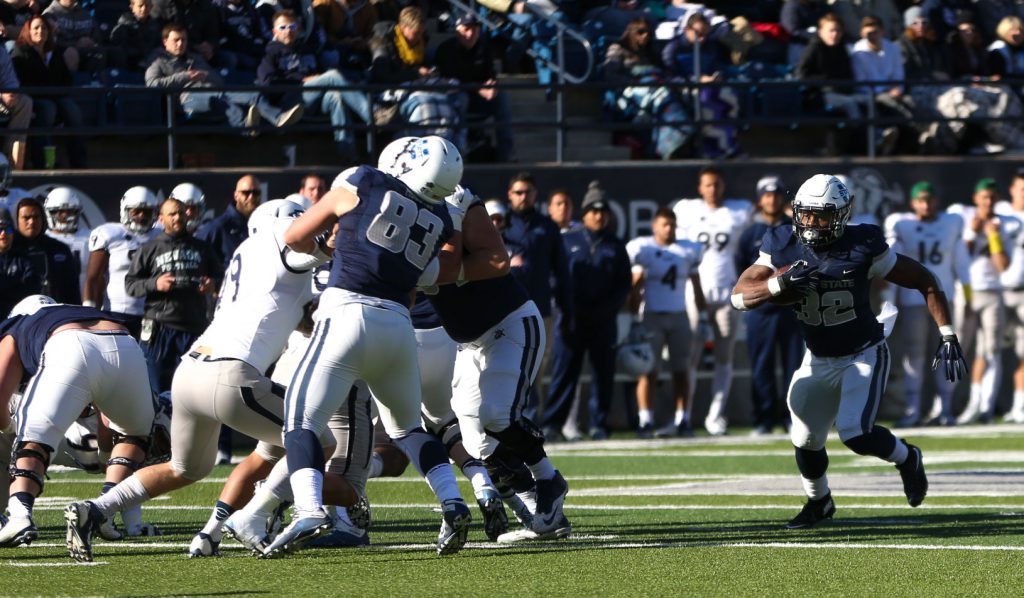 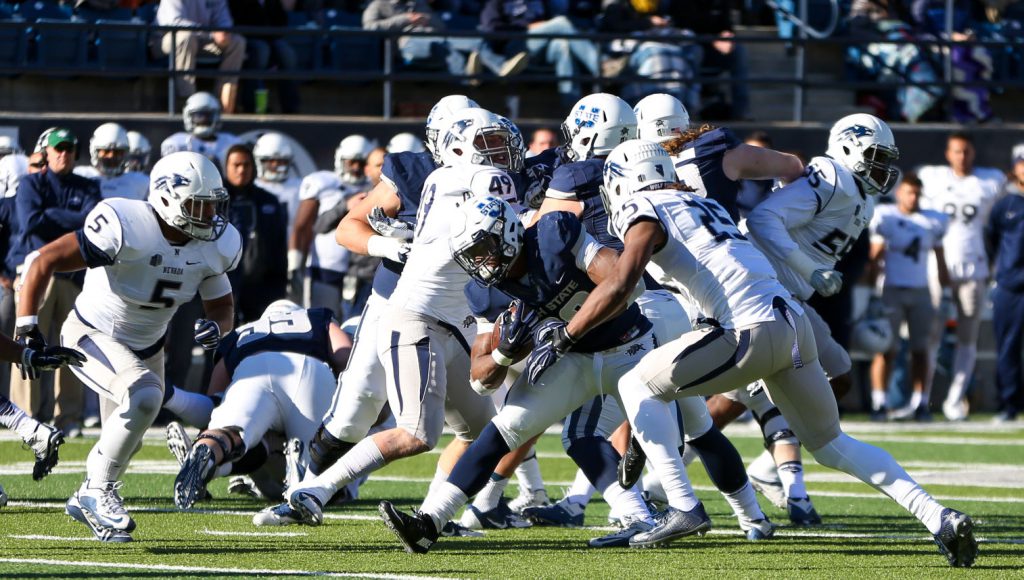 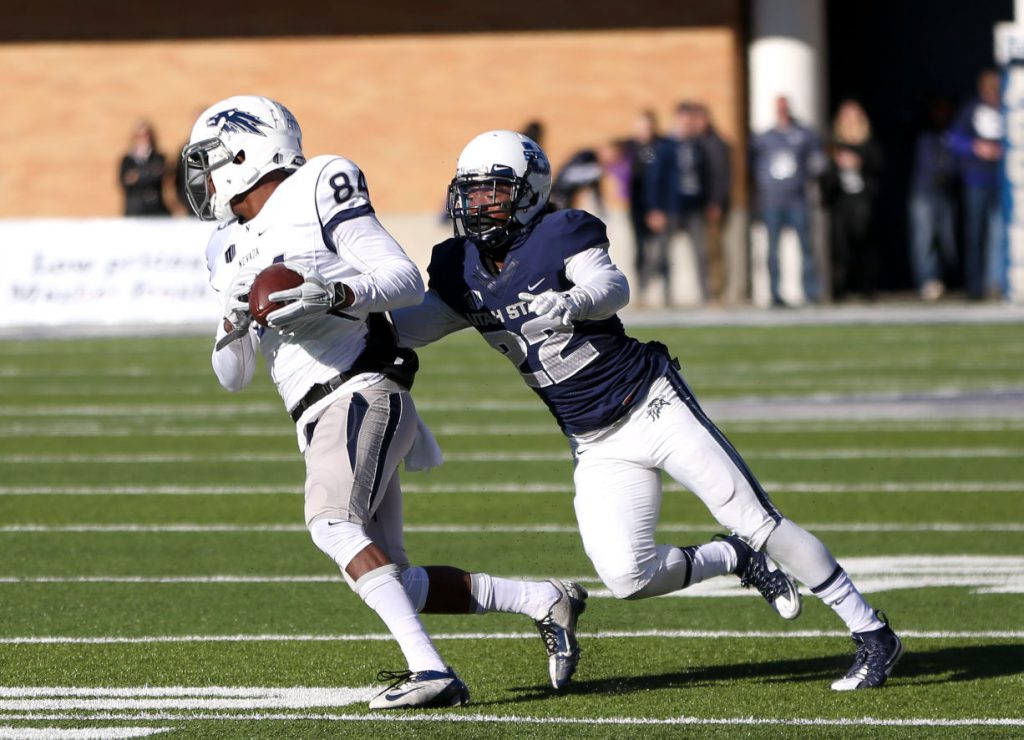 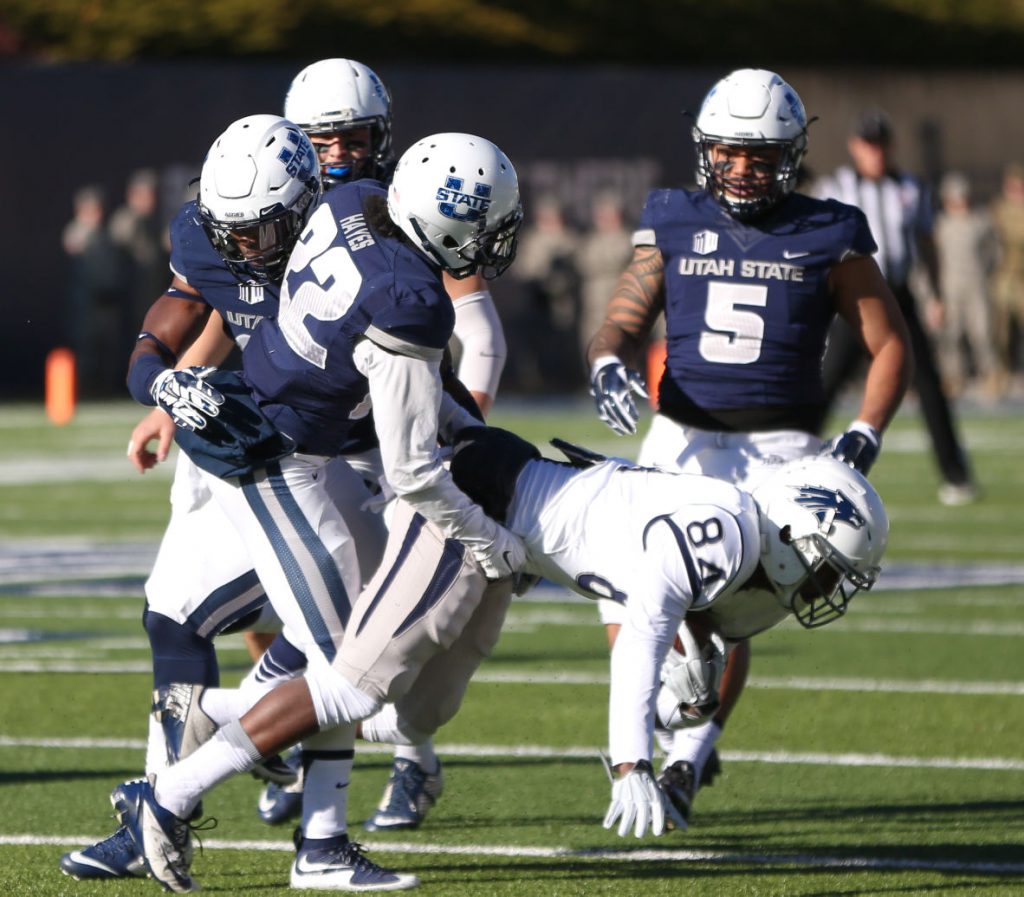 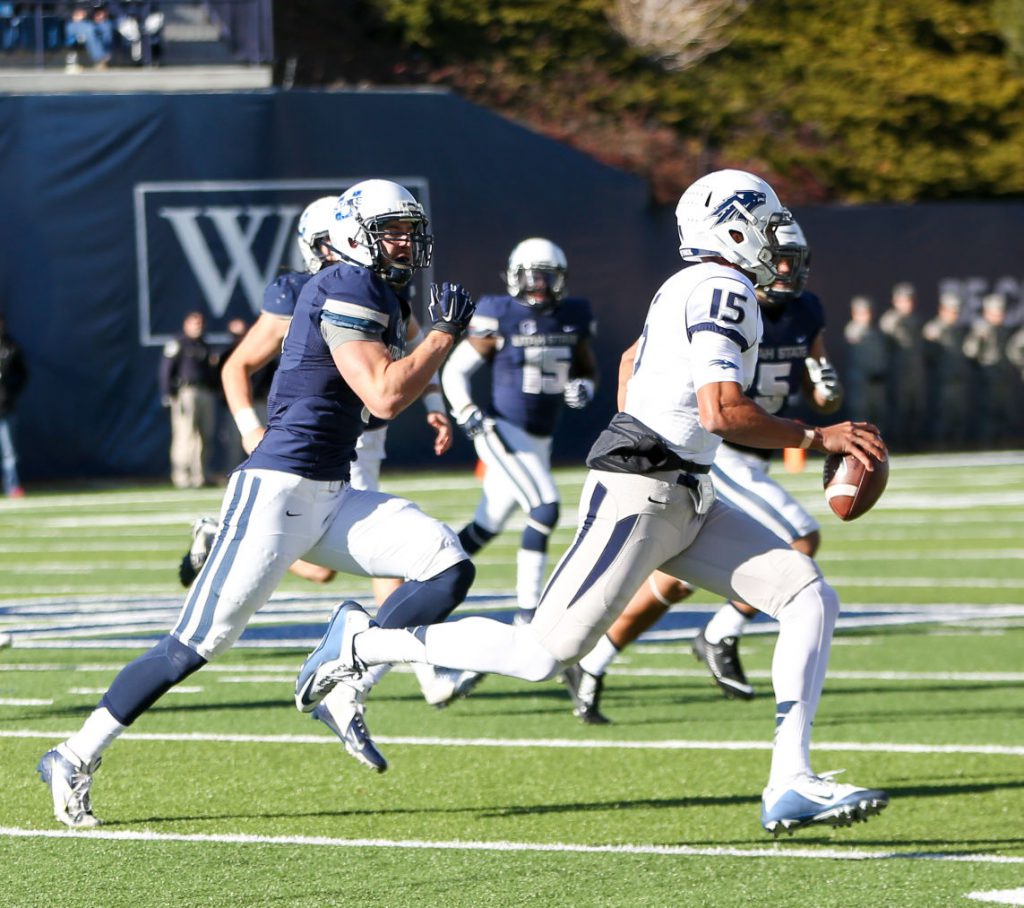 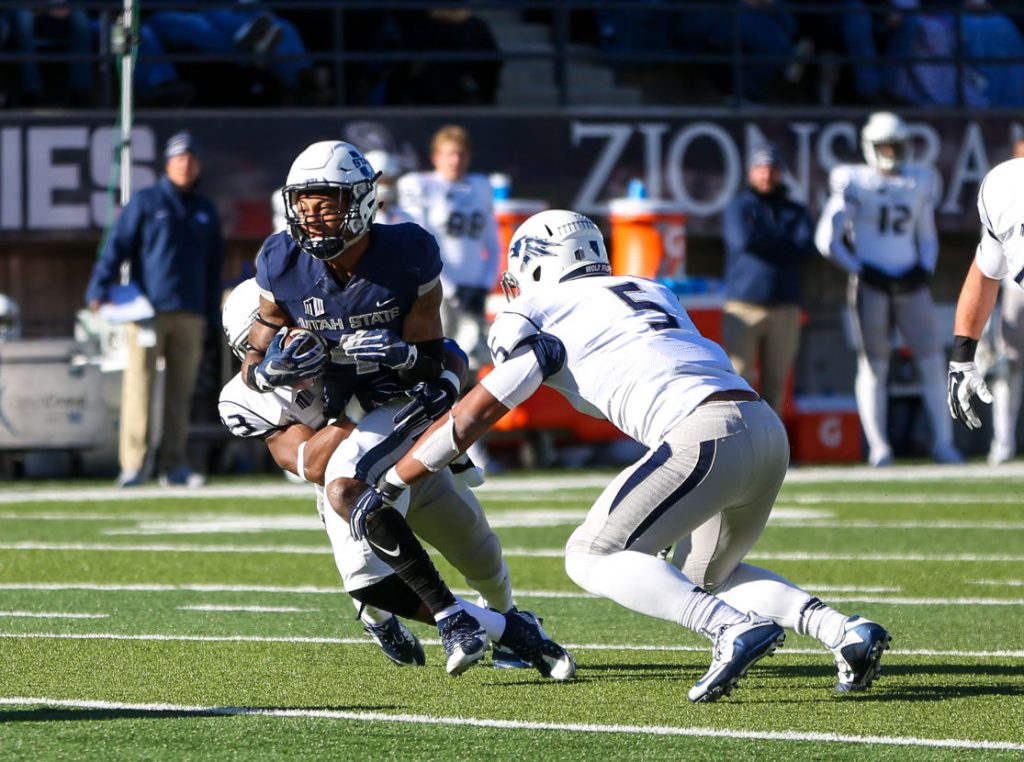 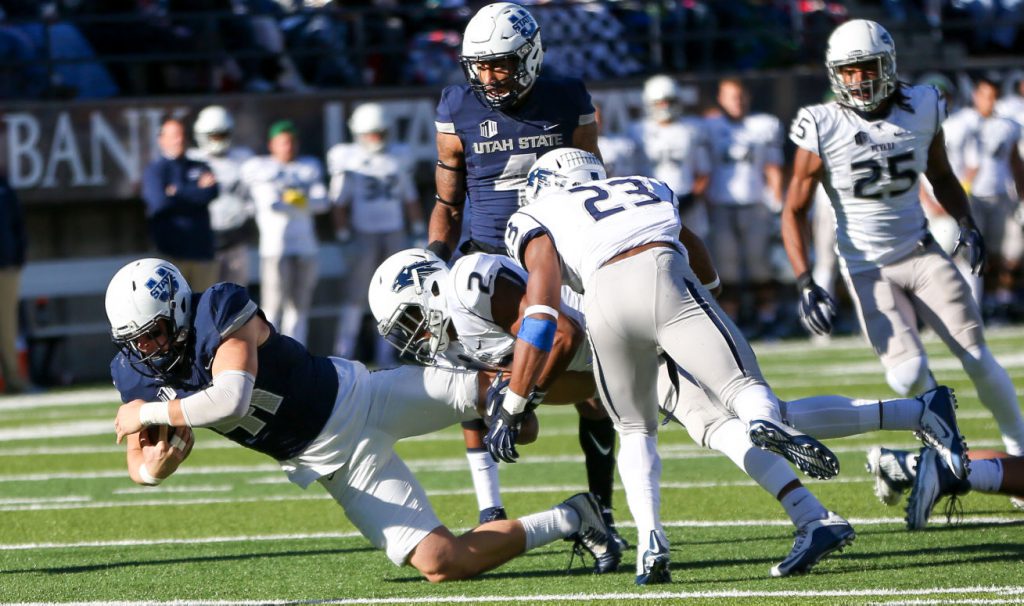 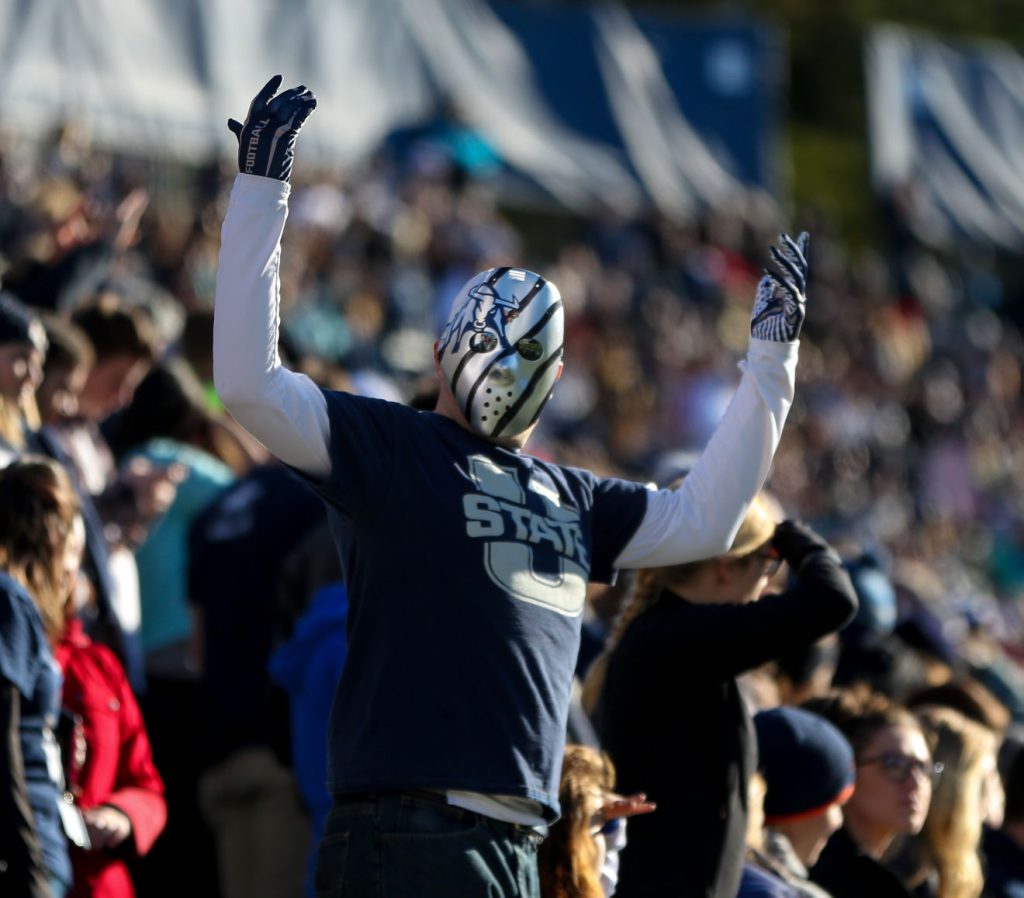 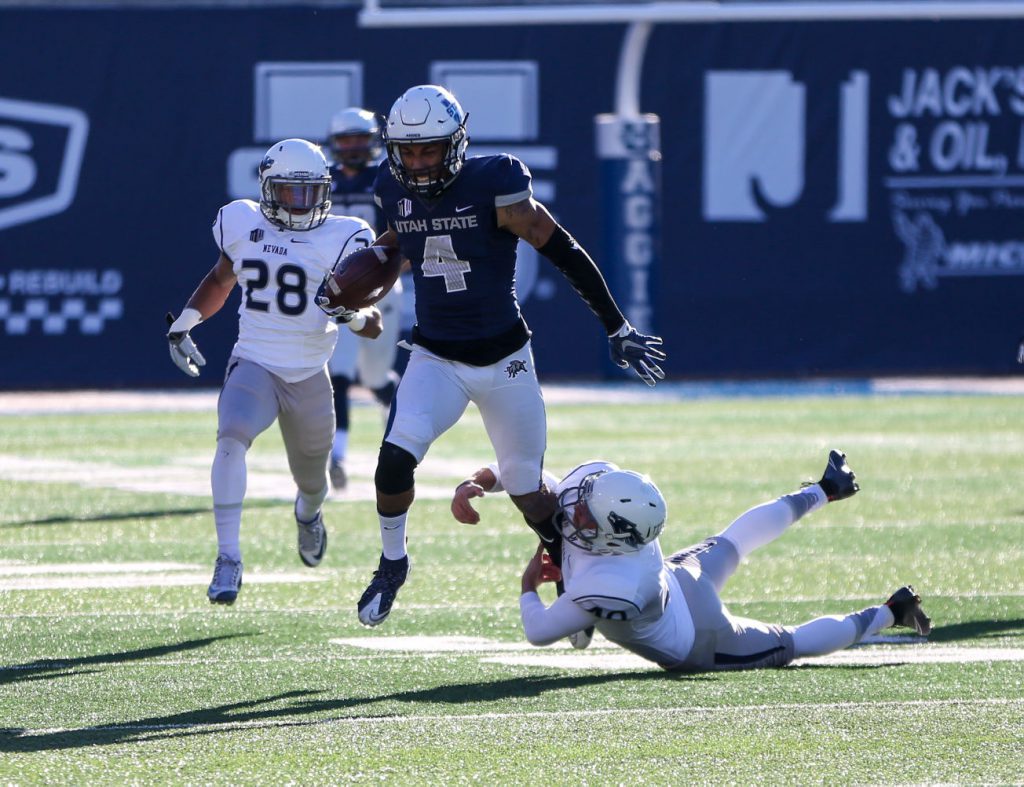 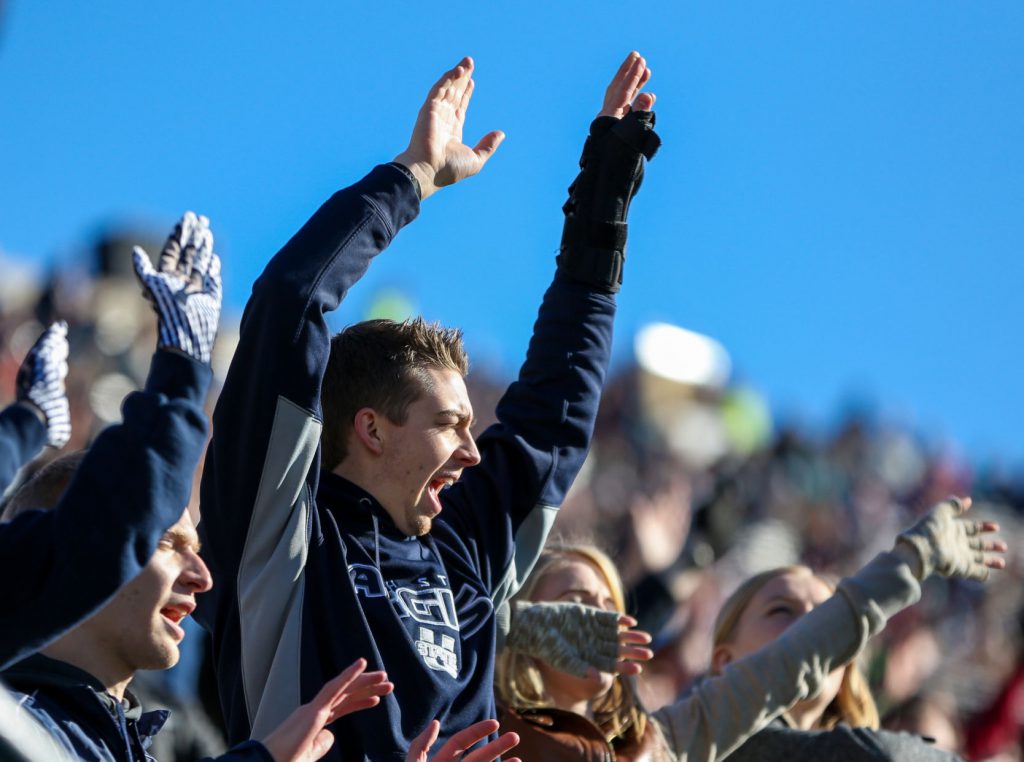 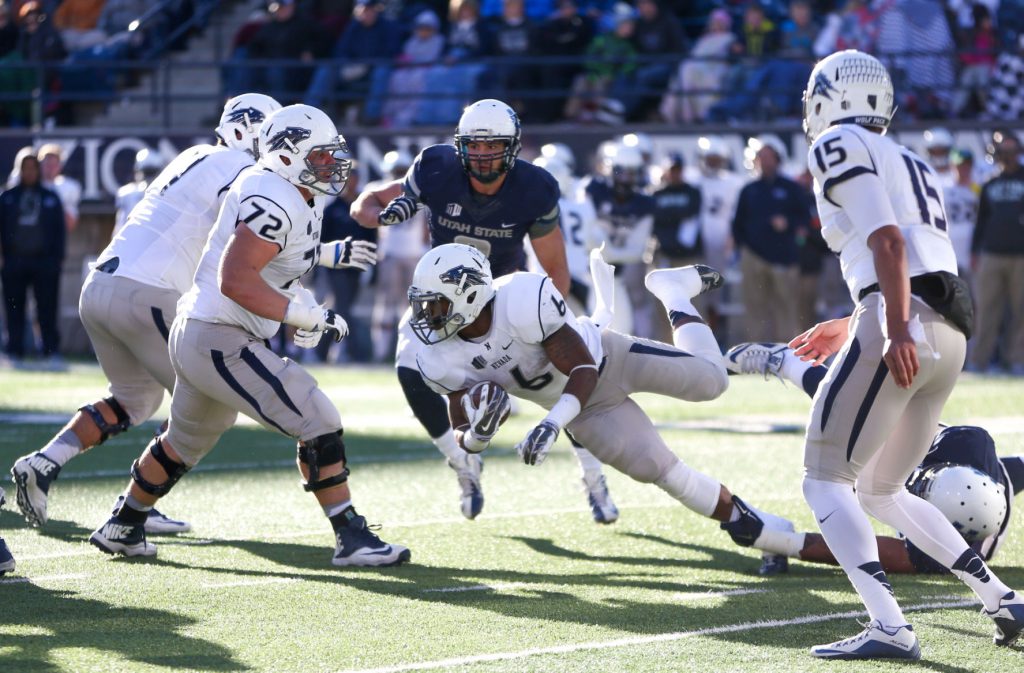 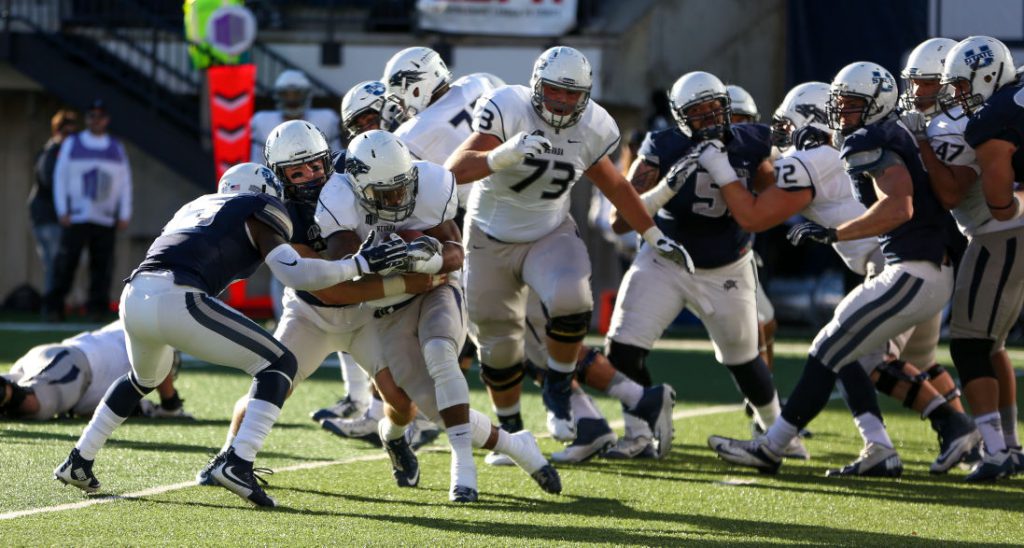 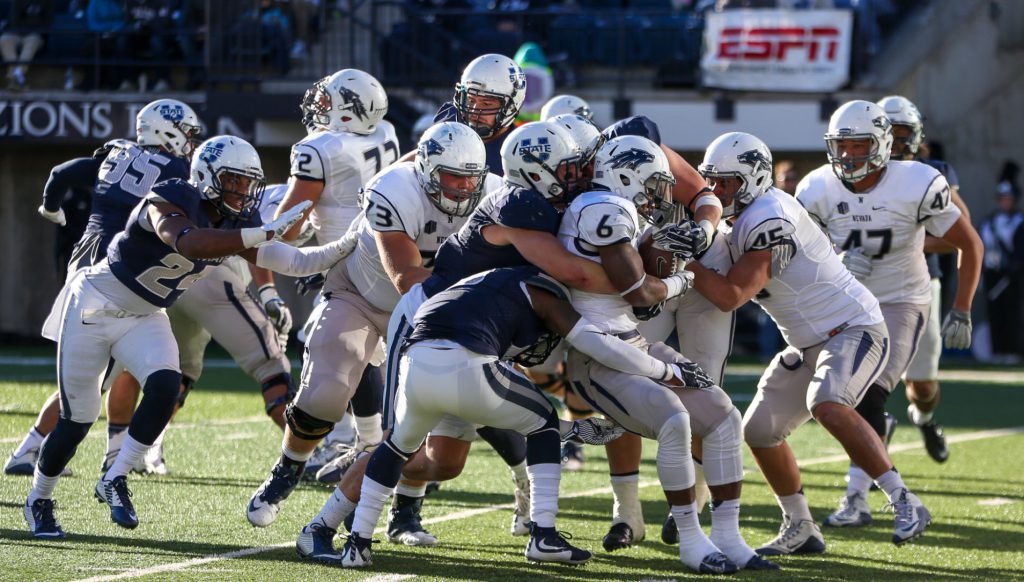 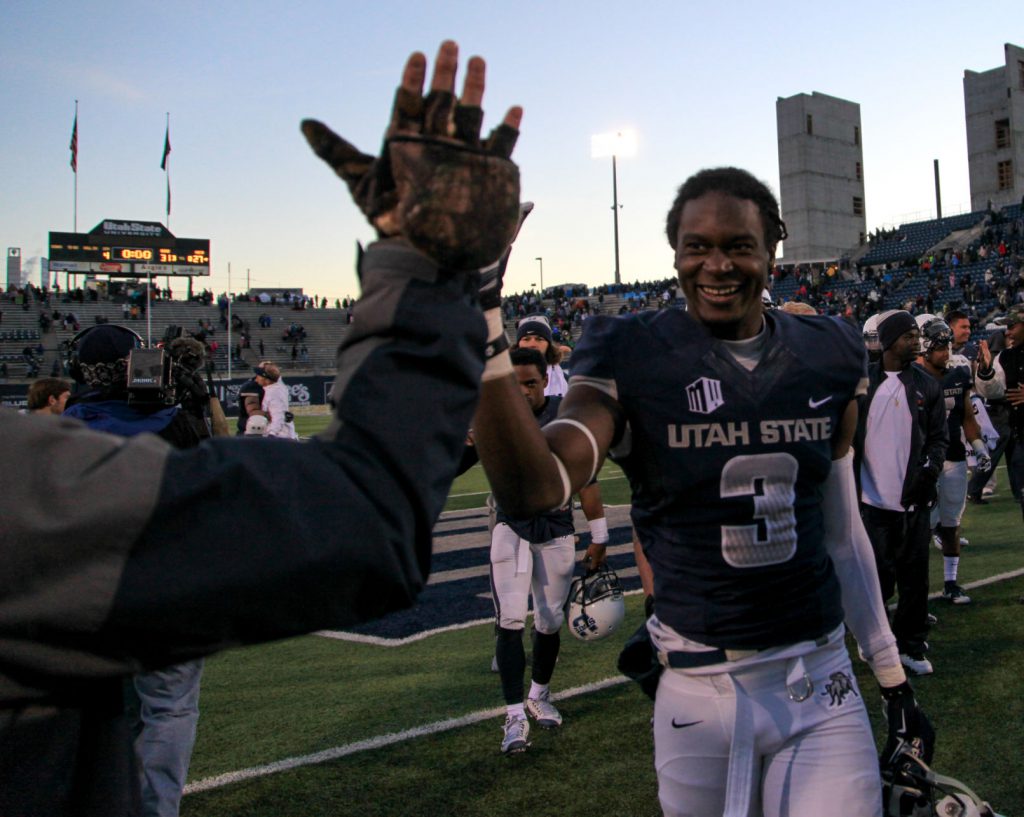 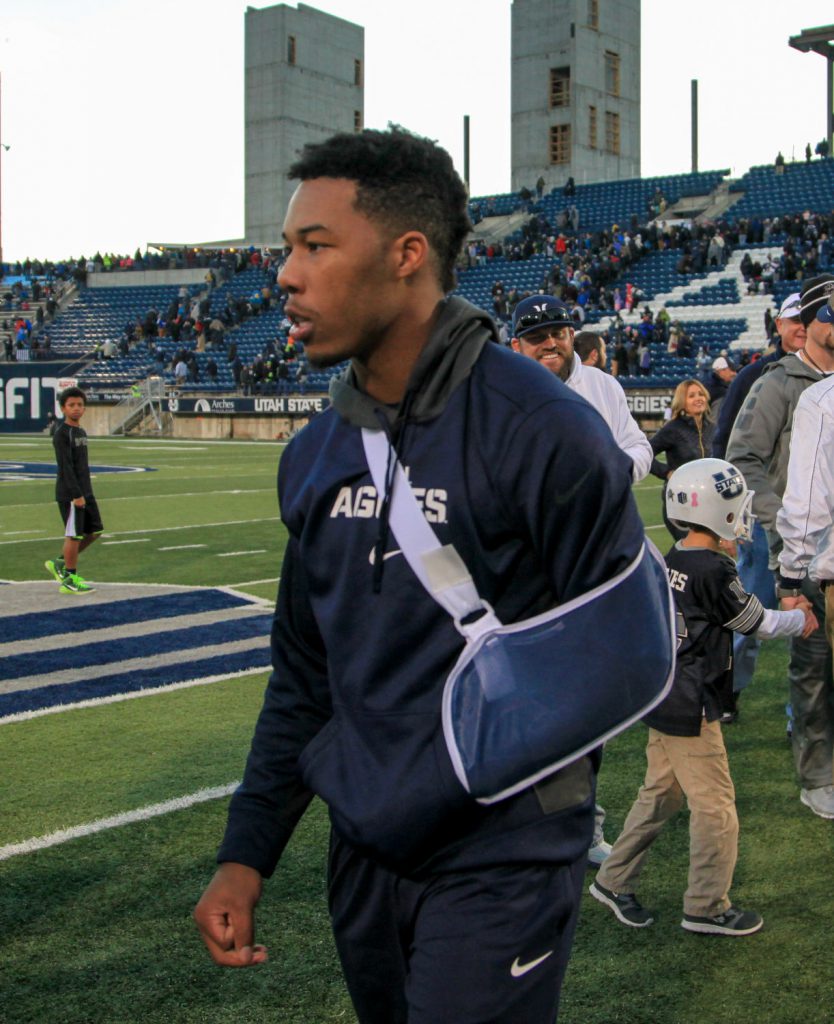 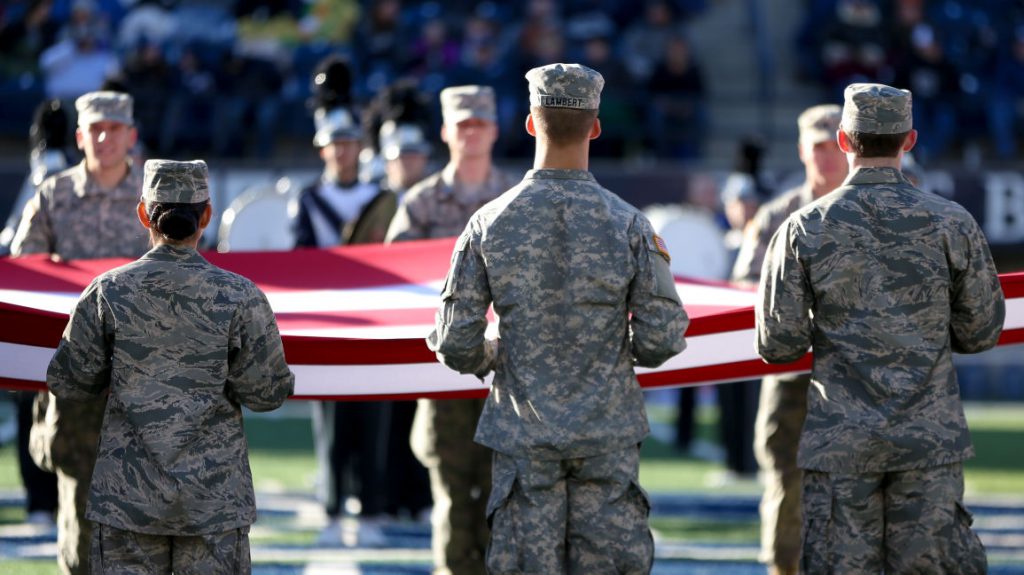 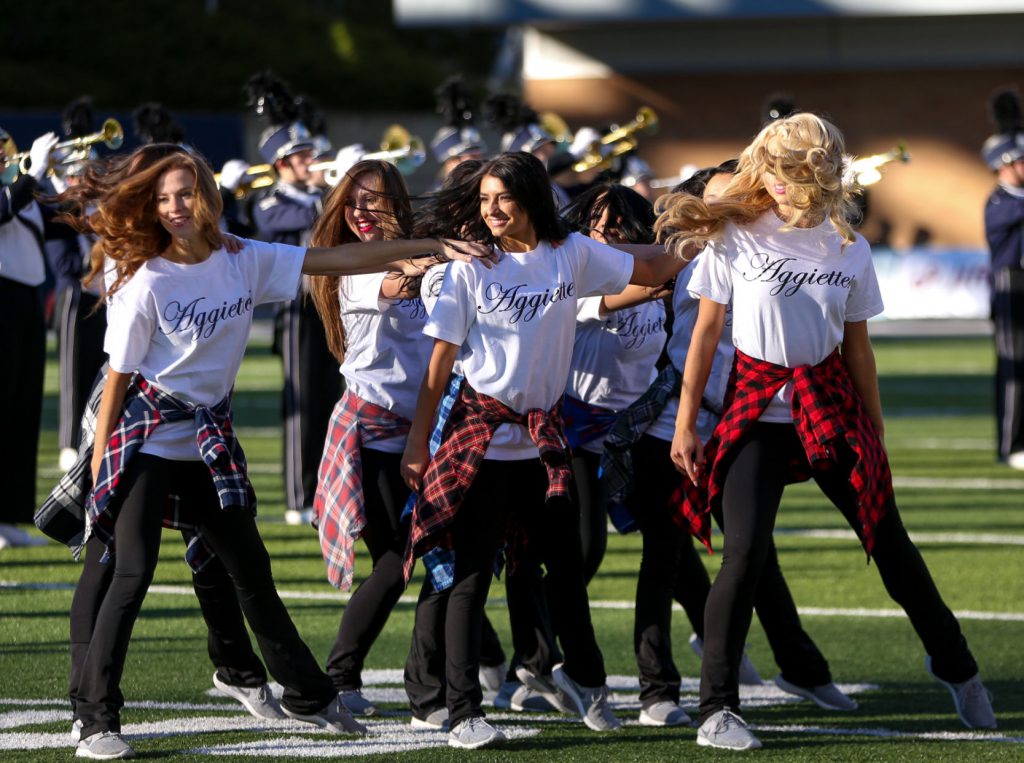 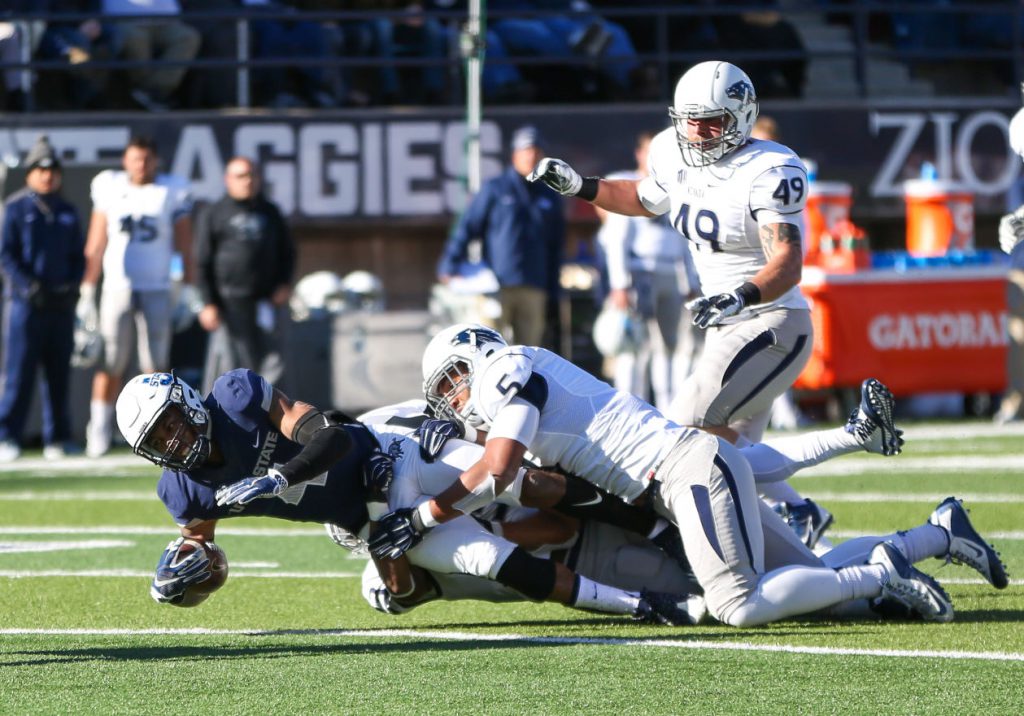 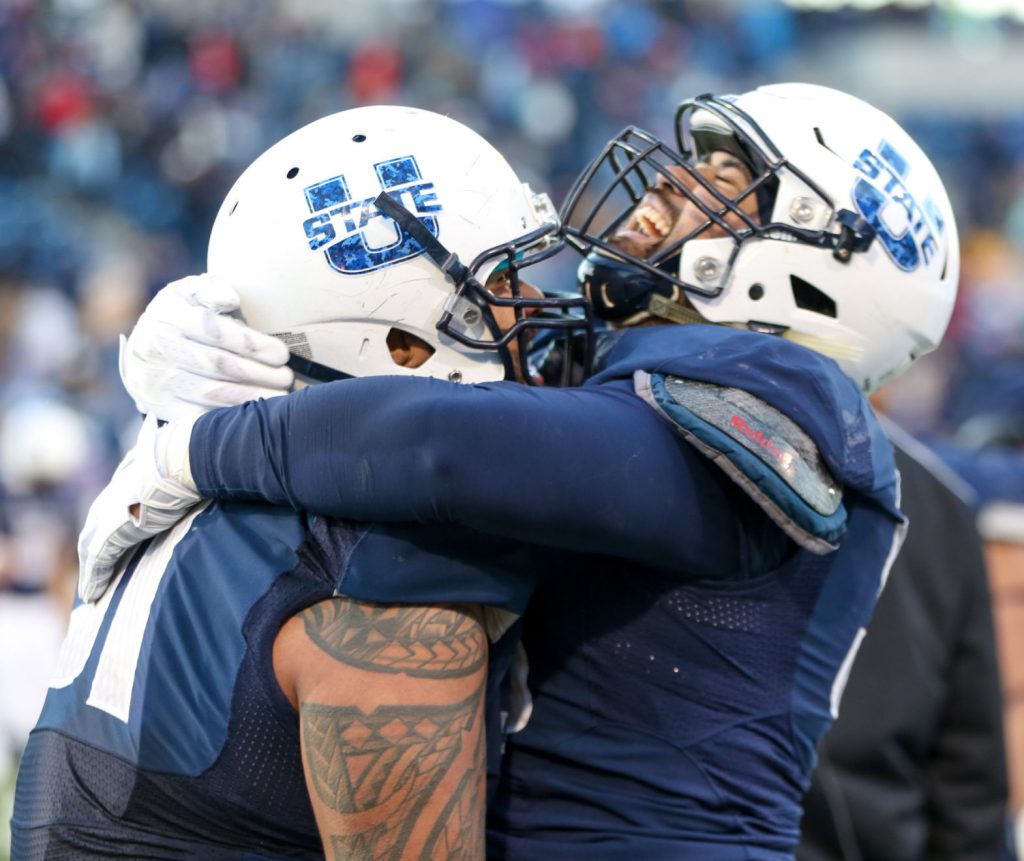 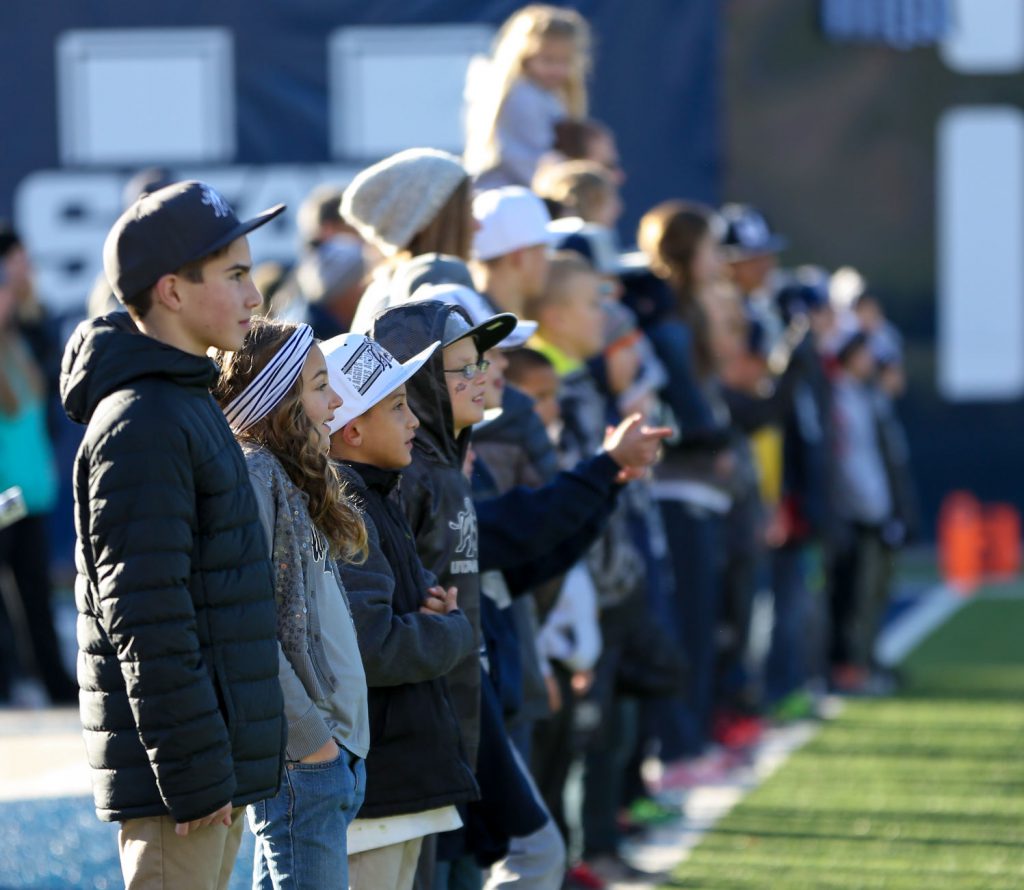 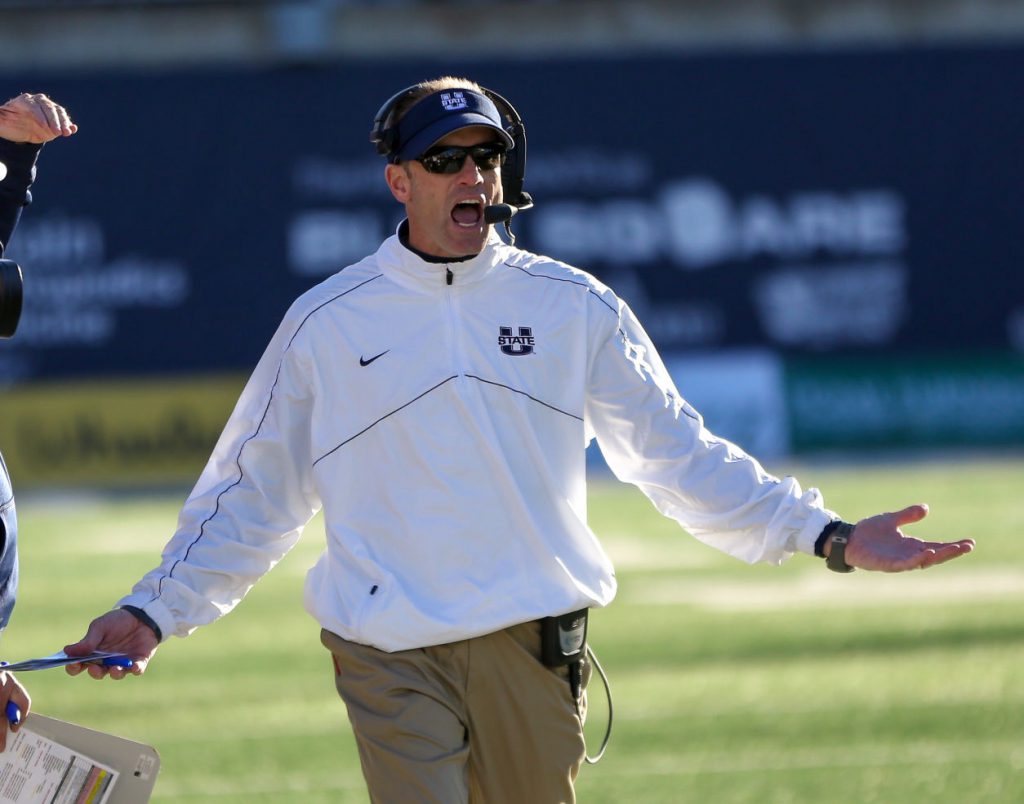