Over the last few months several national chain stores have shut their doors. It started with Gold’s Gym, followed by Dunkin’ Donuts, Sports Authority, and Golden Corral all in about an eight to ten week span. Additionally, Utah-based chain restaurant Pizza Factory also shut down recently.

Economic Development Director for Logan City, Kirk Jensen, says it’s disappointing to see a business close. A number of factors could have contributed to each closing, but he says those factors are not likely all related.

“There’s always going to be competition in the market,” Jensen exclaims. “It may have something to do with a brand that is received well in another area (but) for whatever reason does not play out in our local consumer base as well as the retailer or the restaurant chain would have anticipated.”

Consumers and other business owners should not view the recent closings as a disturbing trend, Jensen says. In fact, he says the data he sees is positive for Logan’s business climate.

“The reports are positive. In fact, the Milken Institute just recently released a study they did that ranked the best small cities for business and careers. Logan ranks #9 on that list.”

<a href=”http://www.best-cities.org/2015/best-performing-cities-report-2015.pdf” target=”_blank”>The report</a> indicates Logan climbed 26 spots over 2014 in part because of a growing technology industry, food manufacturing and expanding research at Utah State University.

Retail sales are healthy and taxable sales in Cache County as of June 30, 2015 were up 8% over last year, Jensen says. A large portion of that increase was due to retail sales. 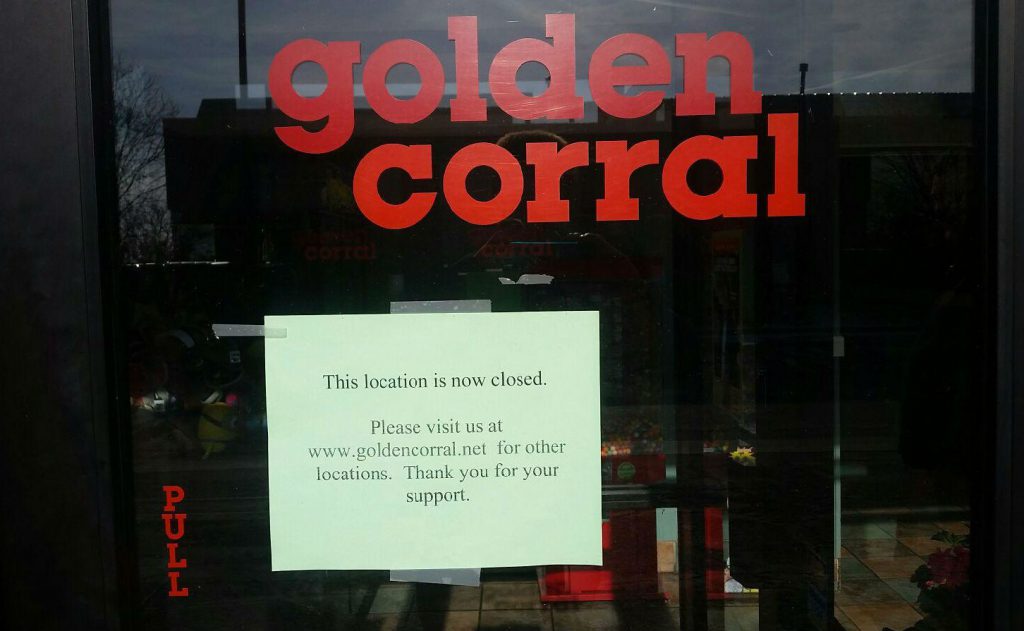 The Golden Corral restaurant, located at 2044 N. Main in Logan, closed its doors permanently at the beginning of December 2015.