The beat writers, commentators and announcers of the Cache Valley Media Group have weighed in on what they thought were the top local sports stories of 2015.

<ol><li>By unanimous vote, Stew Morrill announcing his retirement was the top local sports story of the year. Morrill announced his retirement early in January and finished out the season with the Aggies. Morrill won 402 games as USU’s head men’s basketball coach and tallied an overall recored of 620-294. Morrill helped lead the Aggies to seven conference championships. In March, USU named Morrill’s longtime assistant Tim Duryea to be his replacement. </li><li>Before the 2015 USU football season could get started it was hit with tragedy. On June 26, four Aggie football players and one former softball player were involved in a traffic accident in Trenton. Their vehicle was struck by a milk truck, all miraculously survived, but all sustained injuries. Defensive lineman Travis Seefeldt suffered the worst injuries and had to miss the entire season.</li><li>Two days before the 2015-16 basketball season was set to begin with a match-up against in-state rival Weber State, power forward David Collette abruptly left the Aggie men’s basketball team. Collette claimed differences between himself and new head coach Tim Duryea led to his departure. USU denied Collette any financial assistance to transfer to another school. Right before Christmas Collette let it be known that he would be enrolling at the University of Utah and will play for the Utes.</li><li>The Aggie football team came into the 2015 season with a lot of promise and expectation. The pinnacle of a promising season came when the Aggies blew away conference rival Boise State 52-26. The win surely would have placed USU in the driver’s seat for a Mountain West Conference championship. However, after defeating Boise St. the Aggies would proceed to lose five of their last games. As a result, USU finished with a losing record for the first time since 2010.</li><li>The latest round of realignment for Utah high school athletics was good for Logan High School. After suffering two embarrassing losses to valley rivals Mountain Crest and Sky View, the Grizzly football team won the rest of their games on their way to another football championship. The Grizzlies defeated Dixie 26-15 to win the 3AA football title.</li><li>Speaking of Mountain Crest and Sky View, both had successful seasons in their first year of football at the 5A level. Sky View went undefeated until they lost to eventual state champion Herriman in the 5A state semifinals. The Mustangs’ only blemishes came at the hands of Sky View (in a surprising defensive battle) and then in the playoffs at Bingham.</li><li>Logan wasn’t the only school bringing state championships to Cache Valley. The Sky View girls basketball team, led by Lindsey Jensen, went undefeated and defeated Skyline 43-32 in a rematch of their season opener to win the 4A girls basketball state championship.</li><li>At USU’s last spring scrimmage it was announced that the stadium where the football team plays will be getting a new name and a facelift. The stadium will now be referred to as Maverik Stadium and the west side press box is being completely rebuilt, complete with luxury seating and a new training table for athletes.</li><li>Scott Barnes left Utah State to become the new Director of Athletics at the University of Pittsburgh. Barnes had been with USU for seven seasons and helped guide the Aggies into the Mountain West Conference, oversee several building projects for athletics, and was the chair of the NCAA men’s basketball selection committee. Barnes was replaced by John Hartwell, former Athletics Director at Troy University. </li><li>Not only was realignment good for the Logan football team, it was also good for the Logan girls soccer team. The Lady Grizz defeated Cedar 3-1 at Rio Tinto Stadium for the 3A girls soccer championship.</li></ol>

A few other sports stories that were voted on but didn’t make our Top 10 include Zach Vigil making it onto the Miami Dolphins roster and eventually becoming a starter by the end of the season, despite not being drafted; USU added two new coordinators in January (Josh Heupel and Kevin Clune), and then Heupel left USU after the bowl game to join the staff at Missouri and there are reports that Clune will leave USU to join Gary Andersen’s staff at Oregon State; Chuckie Keeton’s career comes to an end after a real up and down year at USU.

Do you agree with our list? Anything we missed? Let us know in the comments section below. 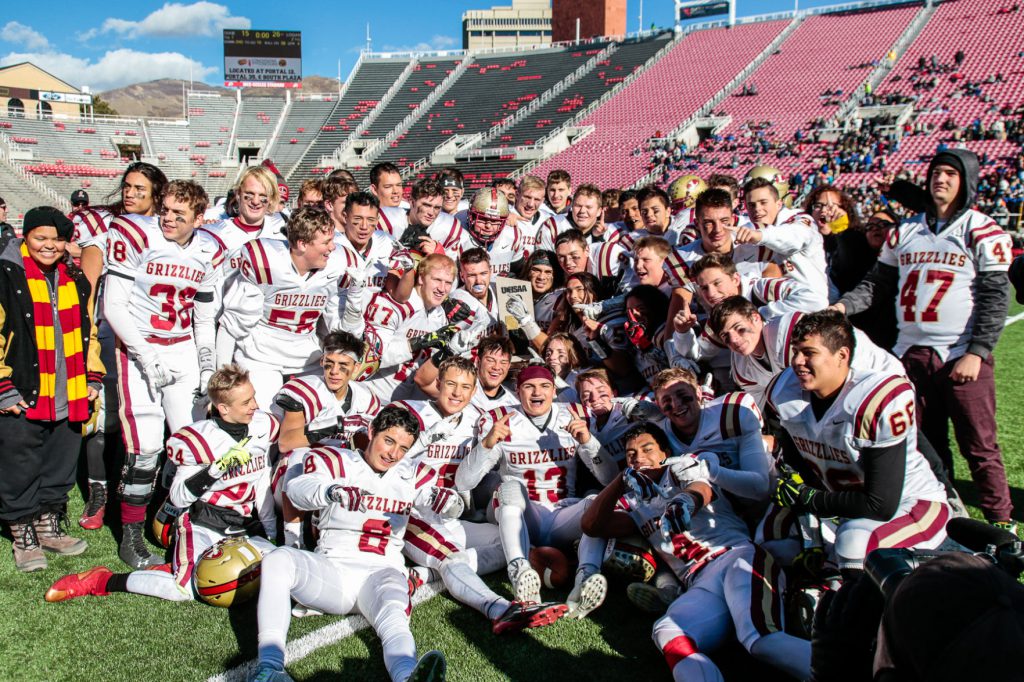 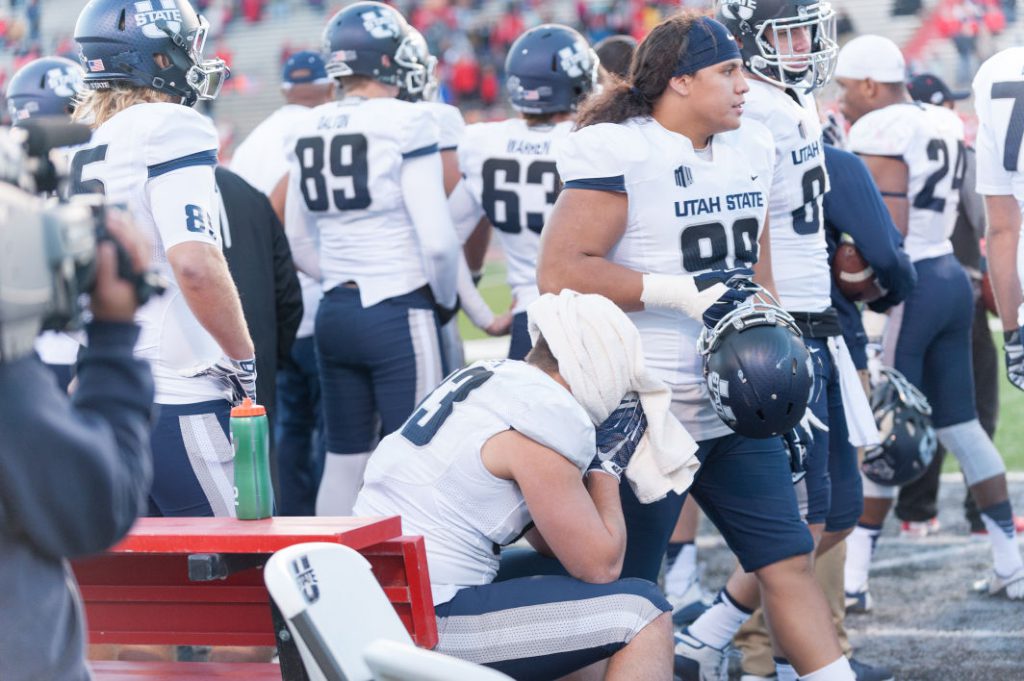 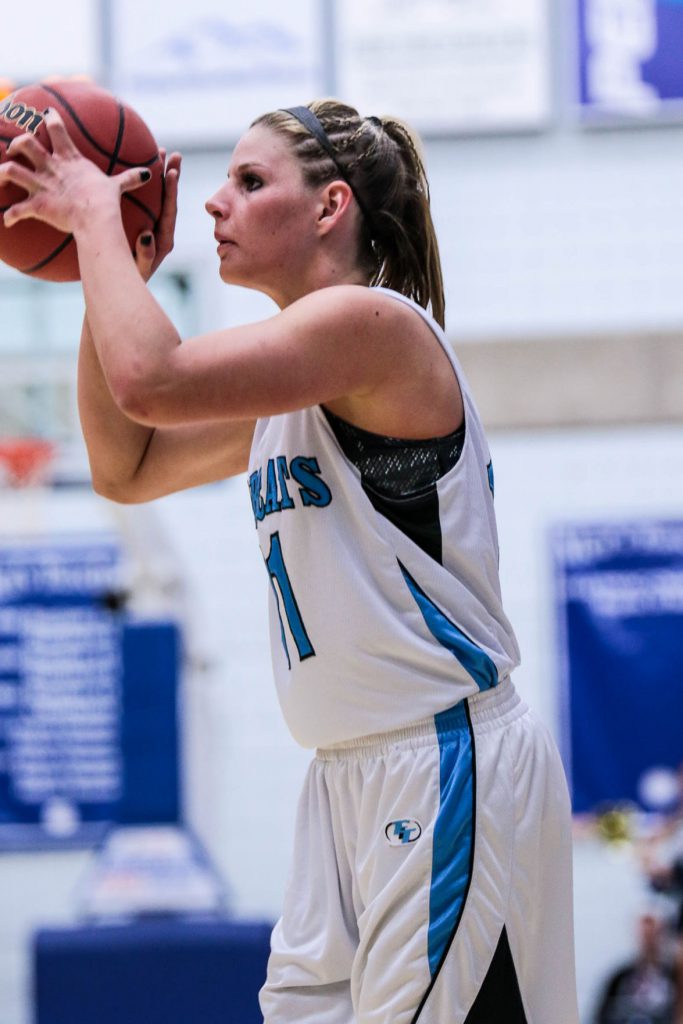