After a series of business closings in Logan, it’s nice to see a story about business expansion and growth. And that is exactly the mode the Maverik convenience store chain has been in over the last few years. Wednesday, the chain officially opened their newest location on 300 South Main in Logan.

Tom Welch, President of Maverik, described the new location in Logan as unquestionably his favorite store and a prime example of what his company wants to be and look like.

“I’d say this store is the heart of Maverik,” Welch said Wednesday at the store’s grand opening celebration. “This is what we would like to be.”

Besides the typical fountain drinks, snacks and gas that are found at all other Maverik locations, the new Logan location features something new: a Bonfire Grill.

“The Bonfire Grill is new for us. We are going into food in a major way,” Welch continued. “Having a site that is downtown where downtown people can walk to lunch is really important. So we’re spending a lot of time and effort, we tried to do this store right.”

Giveaways were handed out to the first customers to enter the store on Wednesday and the store opened with the lowest gas prices in Logan. Within a few short hours, it even dipped below $2 at $1.99 a gallon.

The site for the new location came about when Welch was visiting Logan for another big announcement involving Maverik.

“I was driving up here to meet with the president of (Utah State) university to talk about the naming rights on the Maverik (Stadium),” he explained, “and I was driving along and looked. There were several buildings on this site, but there was a fence around it.

“I thought, ‘If we are going to do the naming rights we need a store on Main Street.’ I called our real estate guy and about two weeks later we had it under contract.”

Multiple crews have been working feverishly on the site to get it built, some even doing finishing work right up to the very hour the store opened its doors to the public Wednesday afternoon. Welch called it the fastest build out Maverik has been a part of.

The 300 South Main location isn’t the only new Maverik in the Cache Valley. The company is currently working on a larger, truck-stop style facility in Wellsville on Highway 89/91. It is expected to be completed by the first part of June. Other construction projects are also planned.

“We’ll build 24 stores this year, we’ll rebuild five stores, and we’ll remodel another 25,” Welch added. “We have 274 stores now, we’ll have 300 stores by the end of the year and we are trying to get all of them to have the same look and feel.

“A lot of them are our older Country Stores and we’ll have to work with that. Over the next three or four years we hope to have everything to have the same look and feel as you get with this store.” 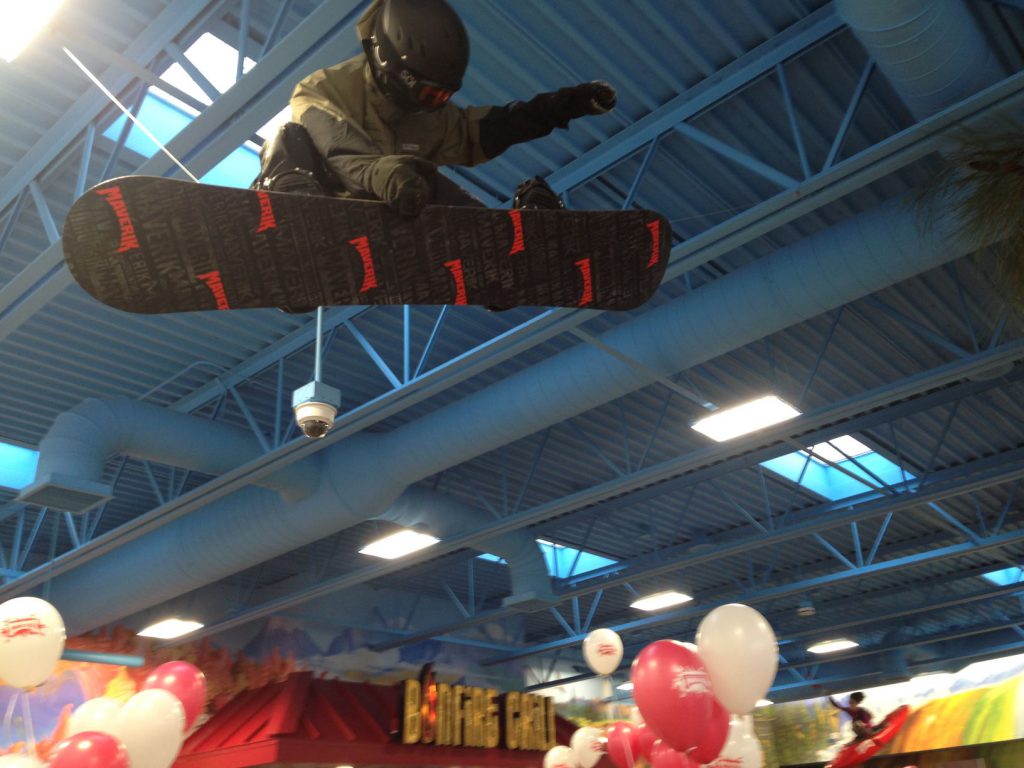 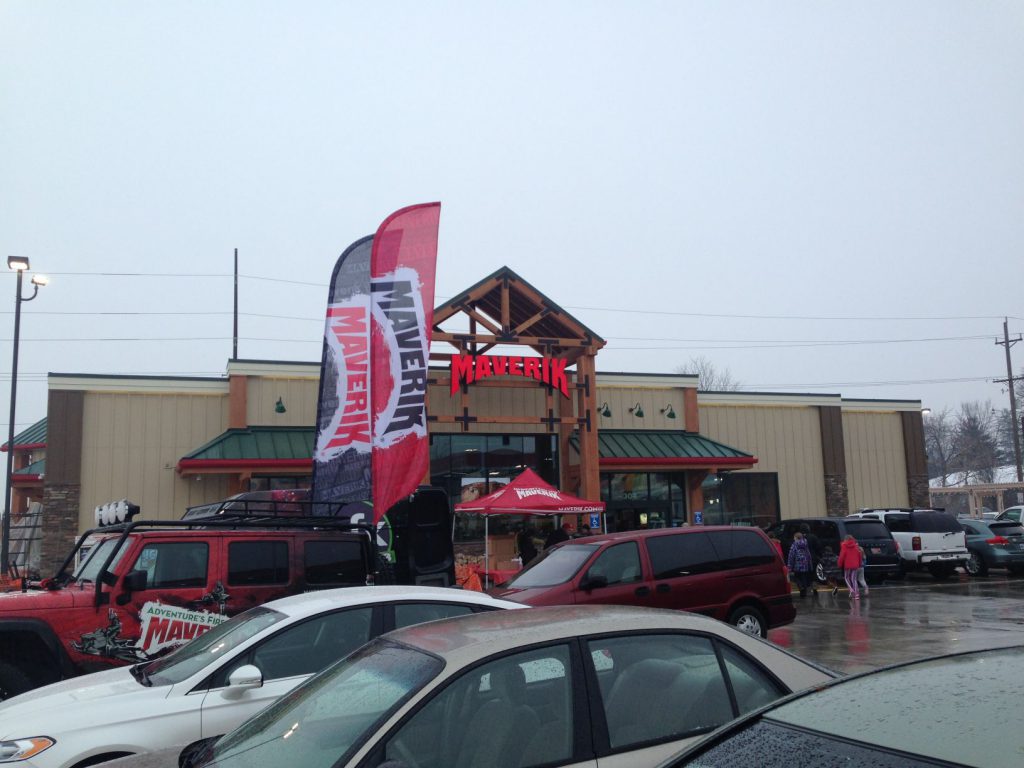 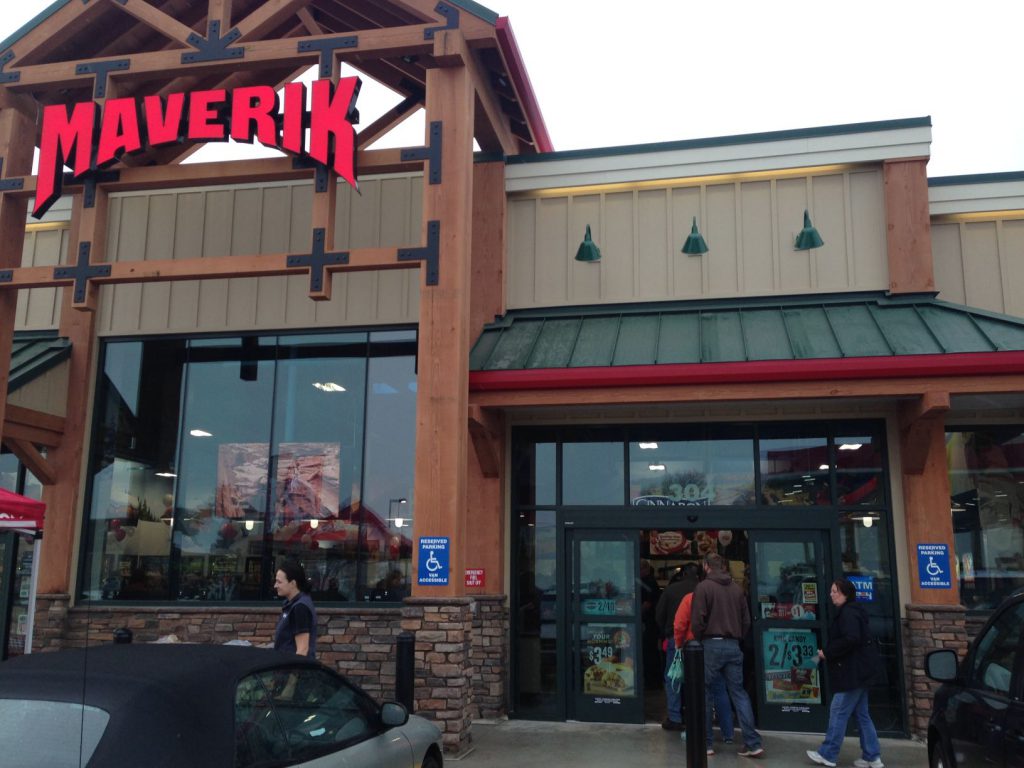 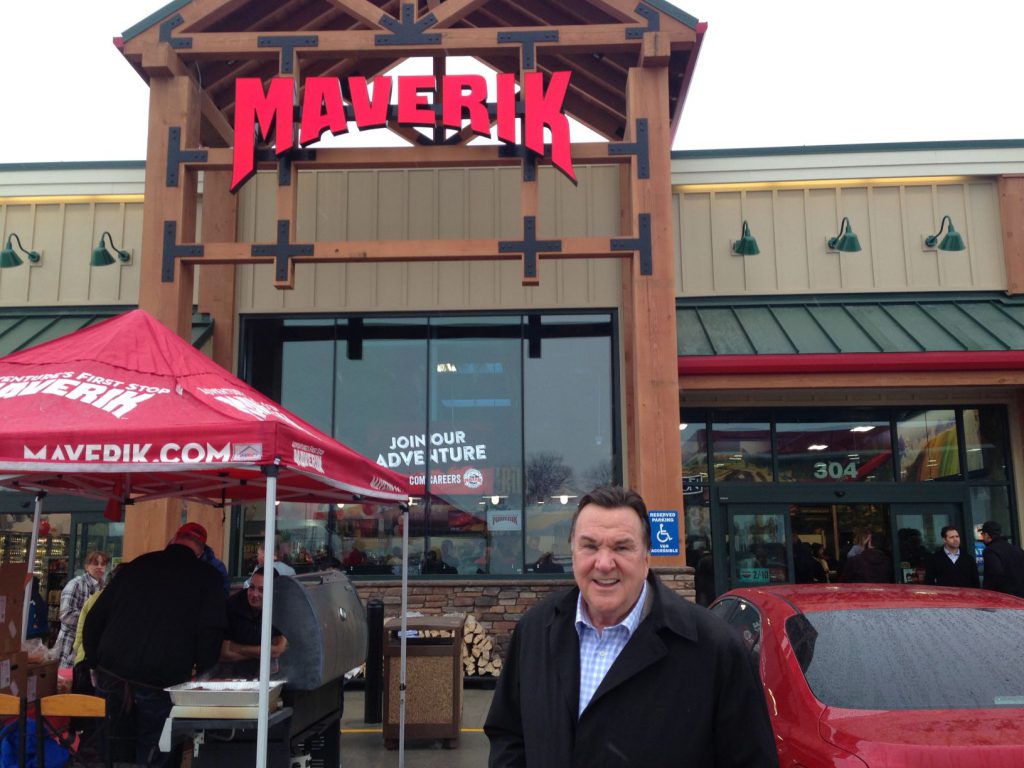 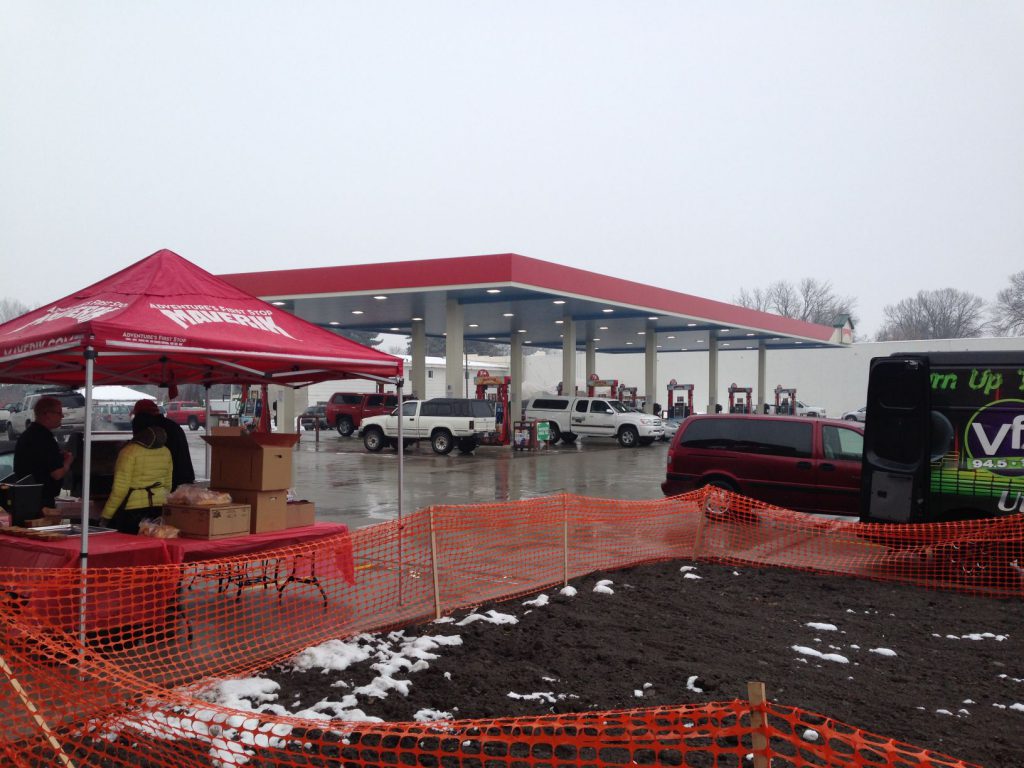 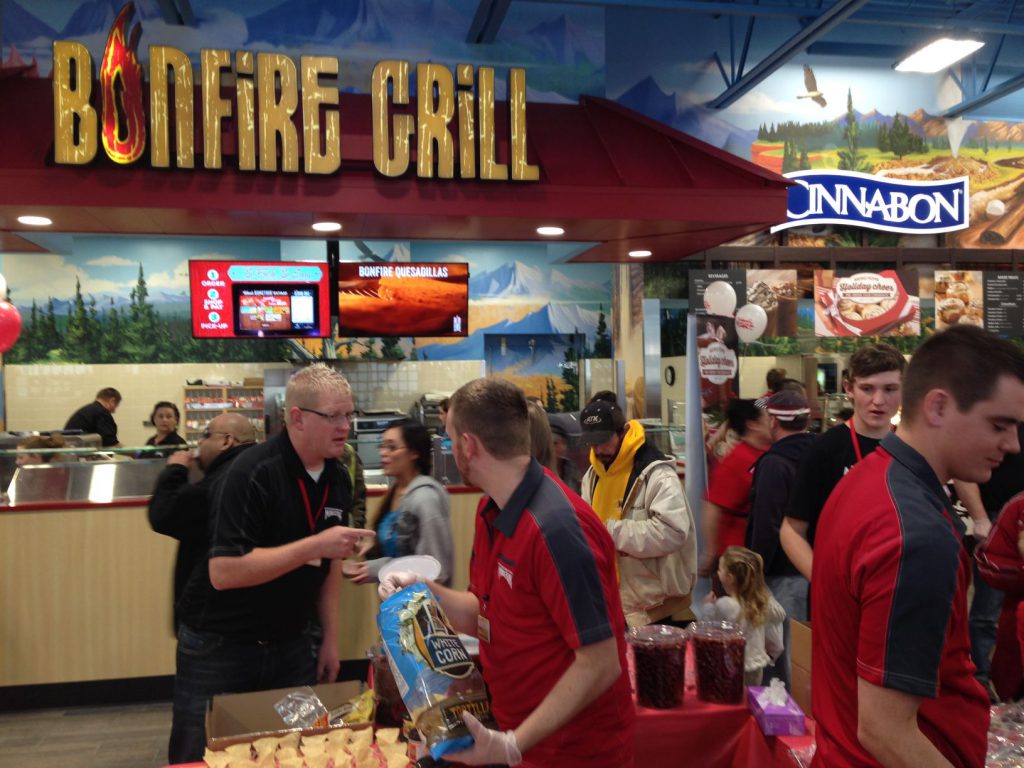 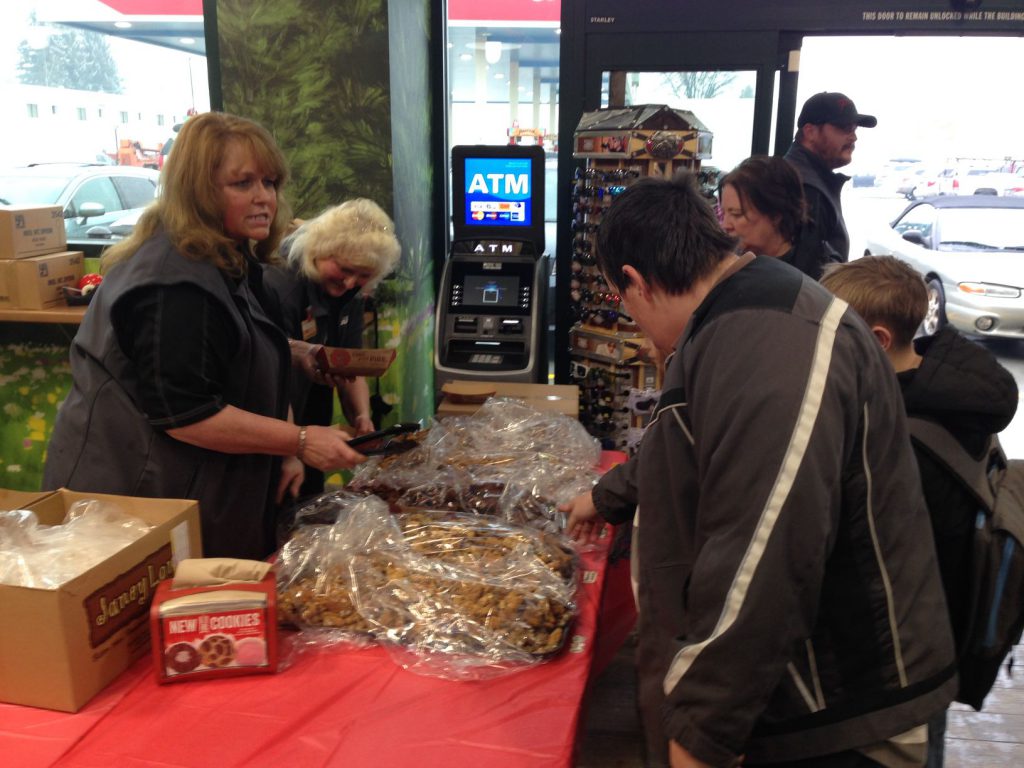 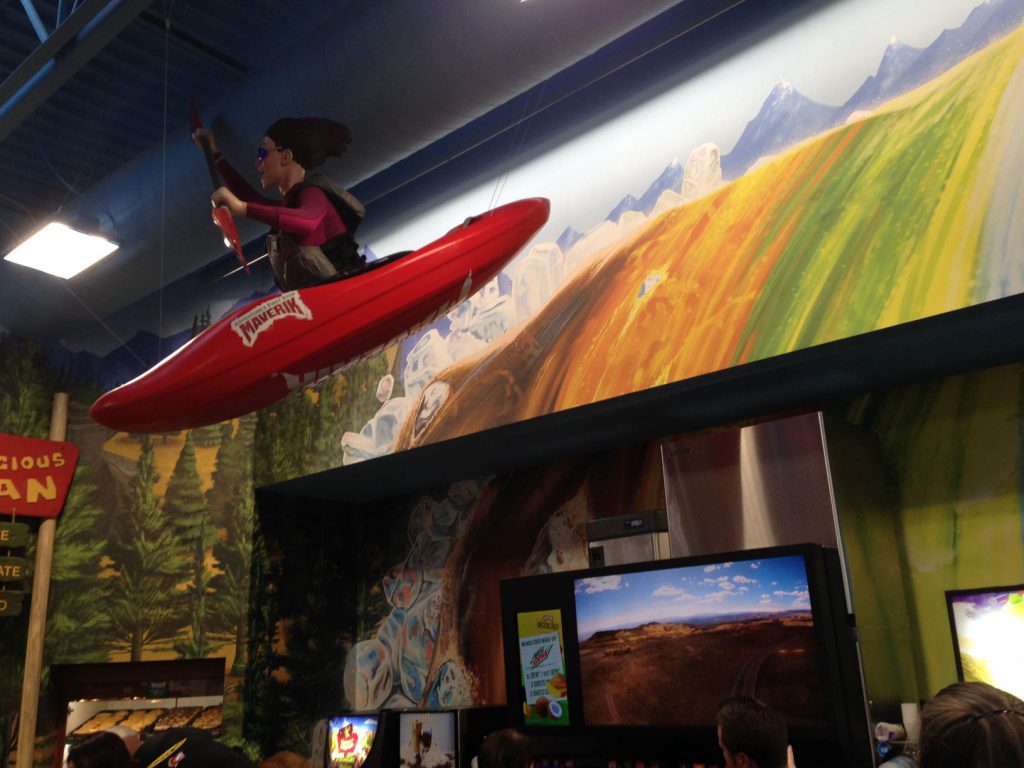 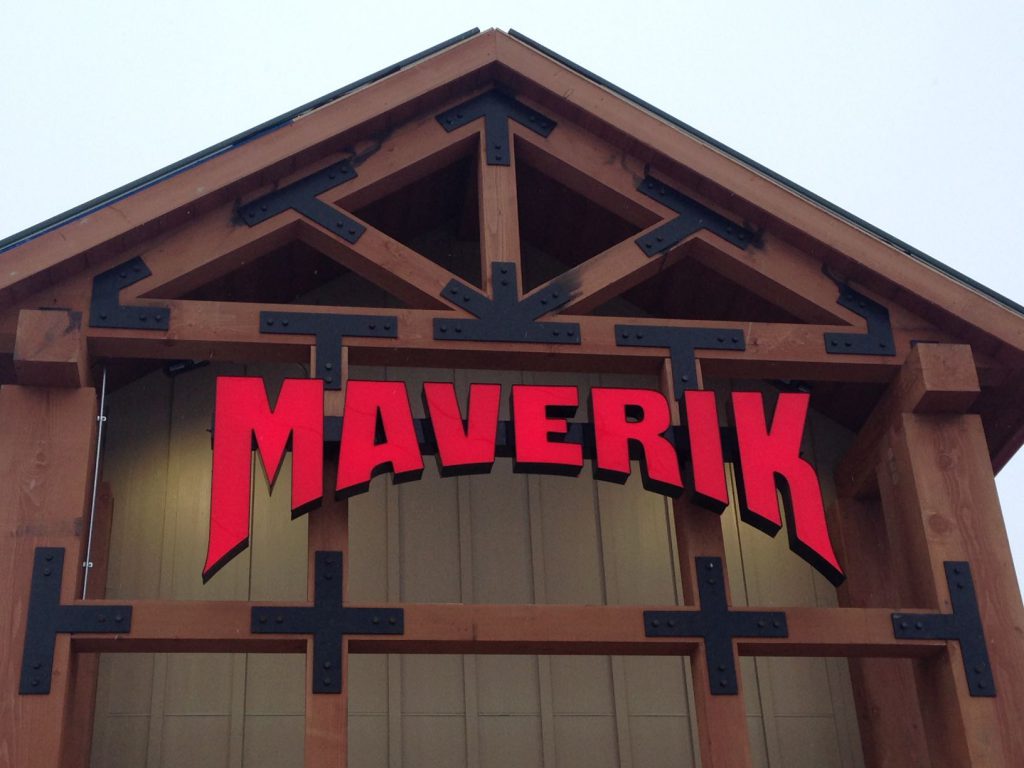