With her 14th double-figure game of the season, sophomore guard Funda Nakkasoglu led the Aggies with 17 points on the day. Joining her in double digits were freshman guard Rachel Brewster with 12 points and senior forward Julianne Anchling with 10. Brewster and senior forward Tijana Djukic were tops in rebounding with six boards apiece. Cherise Beynon led New Mexico and all scorers with 21 points.

The Aggies utilized their seventh different starting lineup in Saturday’s game as sophomore center Hannah Hutchins made her first start of the season. This was the first game of the year that all 15 players on the USU roster were dressed and ready to play, as several have dealt with minor injuries throughout the season.

With the win, Utah State improves to 7-8 overall and 2-2 in Mountain West action. New Mexico falls to 8-6 on the year and 1-2 in league play.

Despite a slow start for both teams, the Aggies were first on the board Saturday on a layup from Hutchins two minutes into the game. The teams traded baskets back-and-forth, but the Aggies had the lead early on at the first media timeout. Out of the stop, the Lobos went on an 8-0 run, but the Aggies answered with a run of their own. The USU defense scored 11-straight points to end the quarter, with the Lobos’ last field goal coming at the 4:05 mark.

With a 20-13 lead at the end of the first, the Aggies continued their run into the second quarter. The 16-0 run was snapped by a jumper from Jaisa Nunn, the first New Mexico points in more than seven minutes. During the scoring streak, Nakkasoglu went 1-for-2 from the free throw line, her first miss since the Dec. 22 game against Utah, making 28-straight in that period. Back-to-back 3-pointers from Brewster started another 14-0 run for the Aggies, while a jump shot from freshman guard Katie Toole gave the Aggies a 20-point lead. With the offensive surge, the USU defense held New Mexico to 2-of-10 over the final minutes, giving the Aggies a 45-23 lead at the break.

The Aggies slowed down through the second half, while the Lobos fought to cut into the deficit. By the media timeout, New Mexico had already scored more points than in either previous quarter. A pair of free throws from Brewster were the first points for either team in 2:44. The Aggies committed six turnovers in the final five minutes of the quarter, but stayed on top, 57-39 heading into the final period.

New Mexico continued to chip away at Utah State’s lead in the fourth quarter, but was never able to find quite the groove needed to get back ahead. The Lobos called their final timeout of the day with 3:06 remaining in the game. The final two minutes of action belonged to Anchling, scoring five straight points as the clock ran out and gave the Aggies the win.

Utah State continues Mountain West action in a pair of games against Colorado teams next week. The Aggies will play at Air Force on Wednesday, Jan. 13, at 7 p.m. and host Colorado State on Saturday, Jan. 16, at 2 p.m.

A USU women’s sports pass is available for $75, giving the owner entry to all home volleyball, women’s basketball and gymnastics events. The pass, as well as individual game tickets, are available through the USU Athletics Ticket Office. Fans can find more information by calling (435) 797-0305 or at 1-888-U-STATE-1 (1-888-878-2831) or by visiting the Utah State Athletics website at www.utahstateaggies.com. 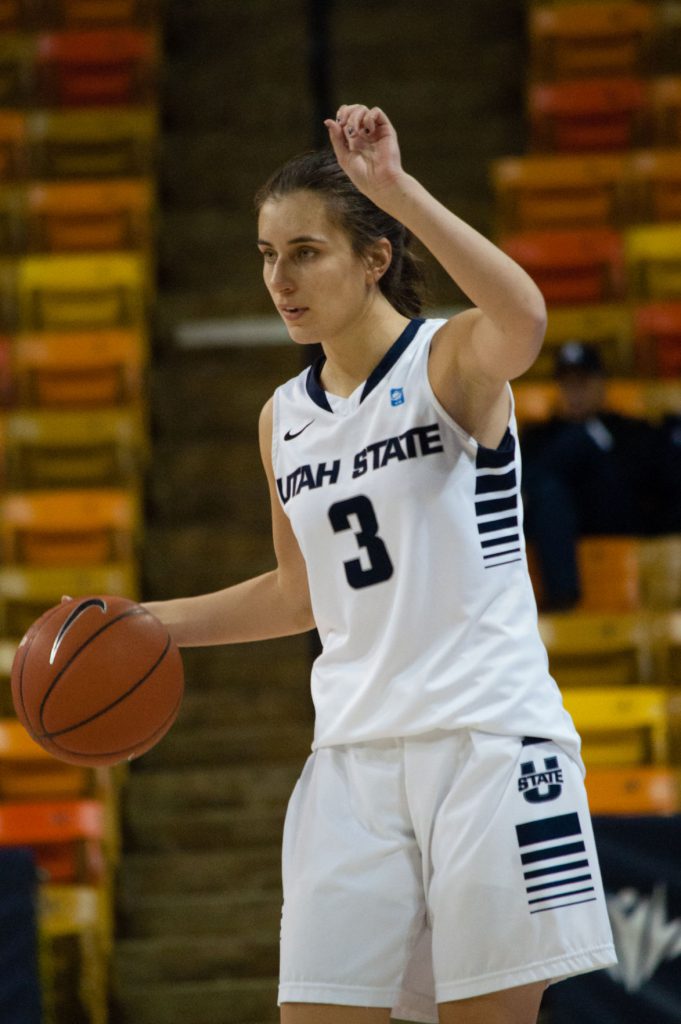 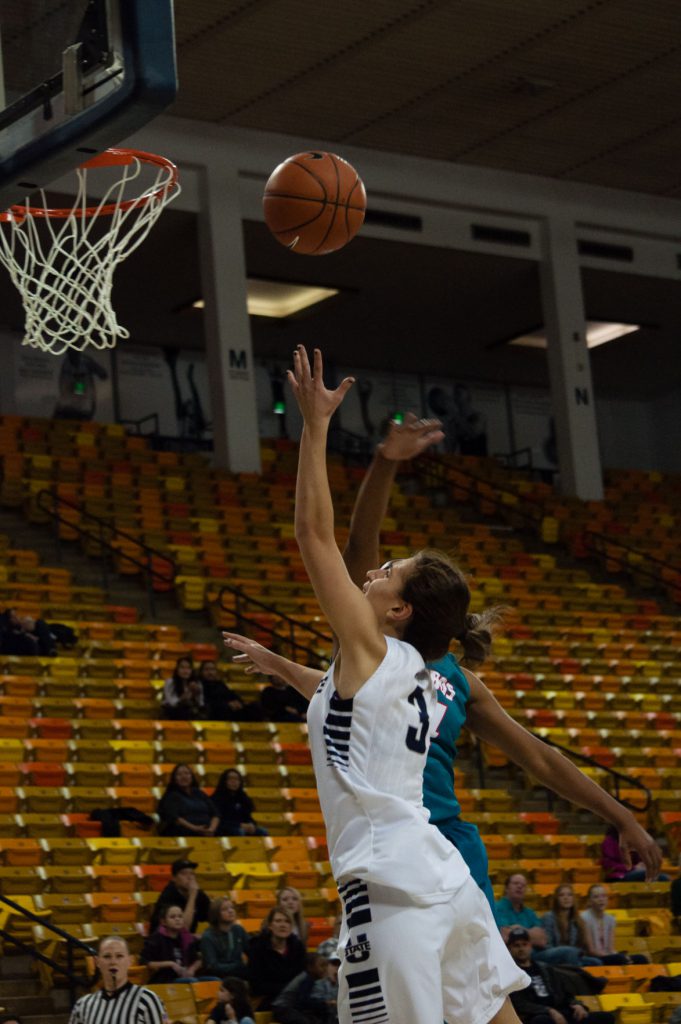 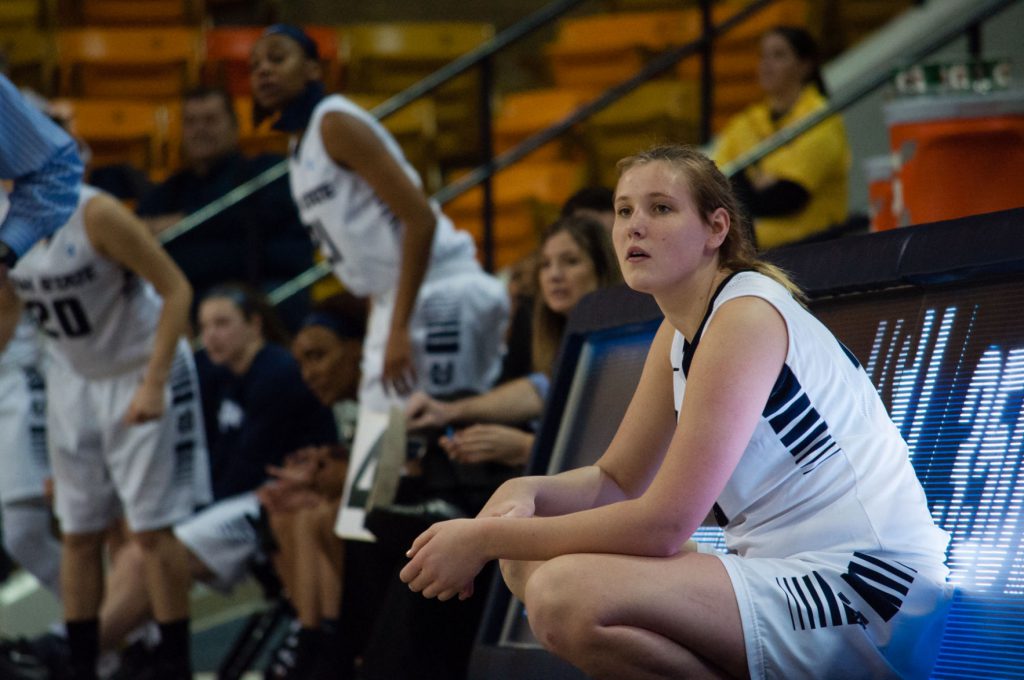 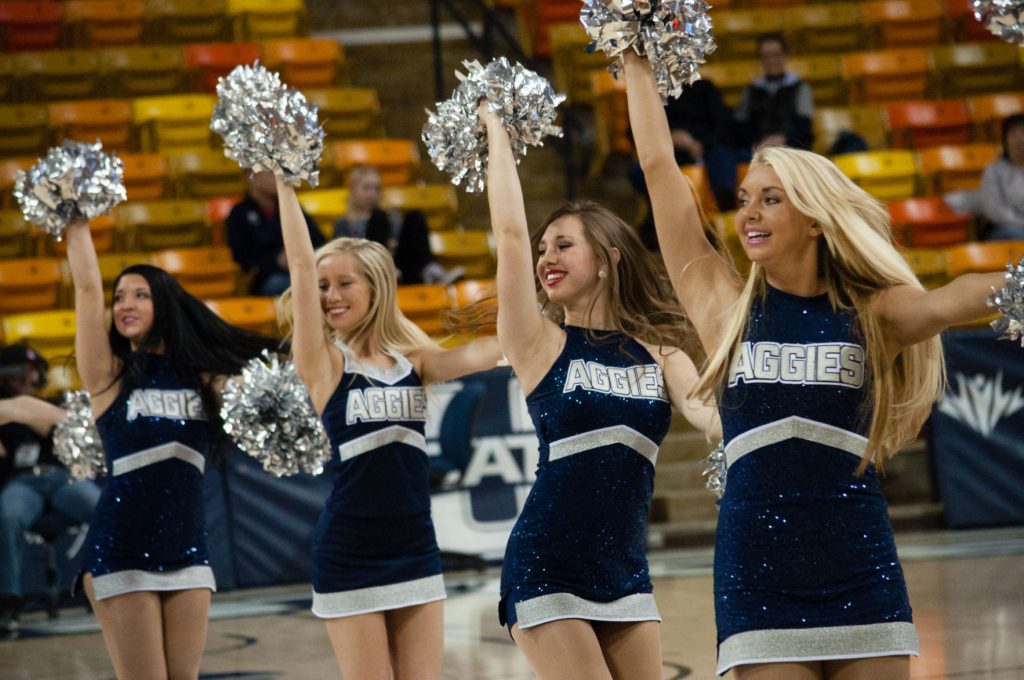 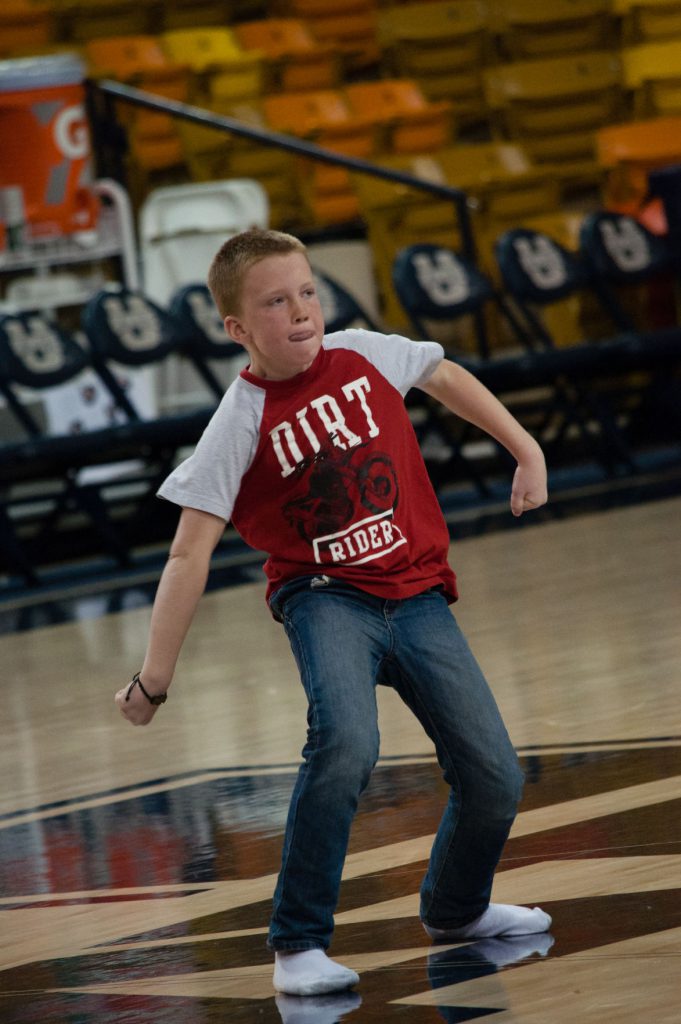 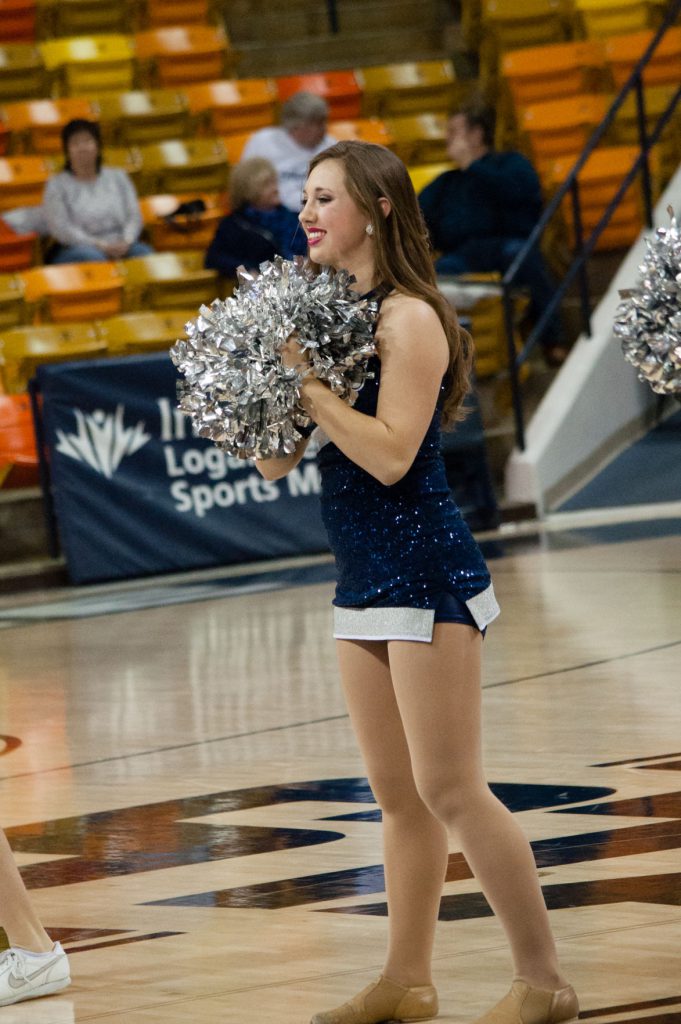 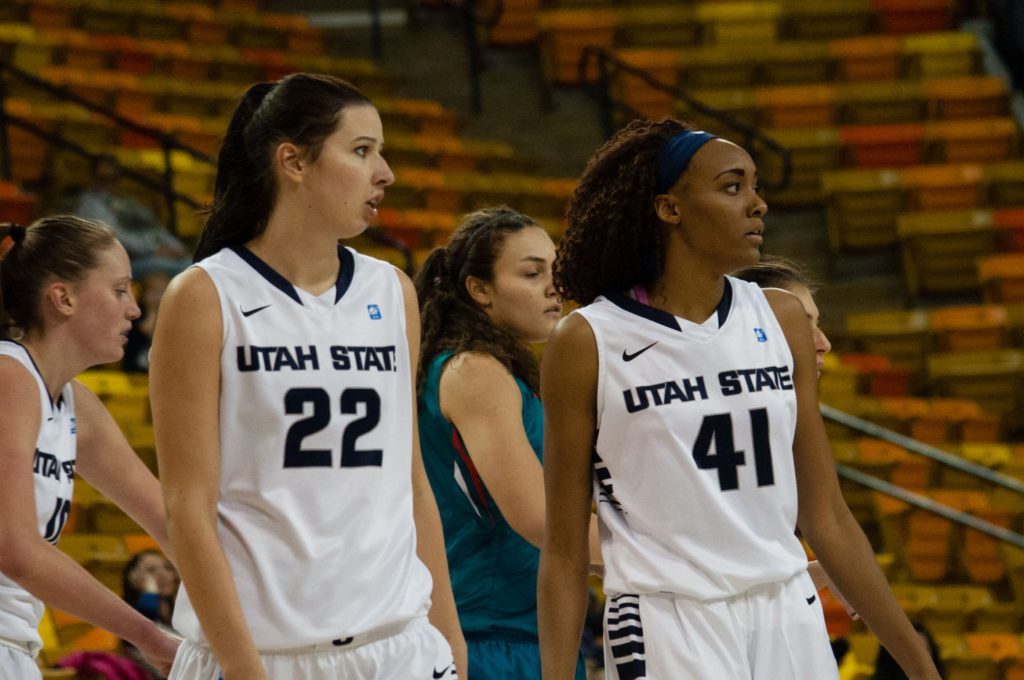 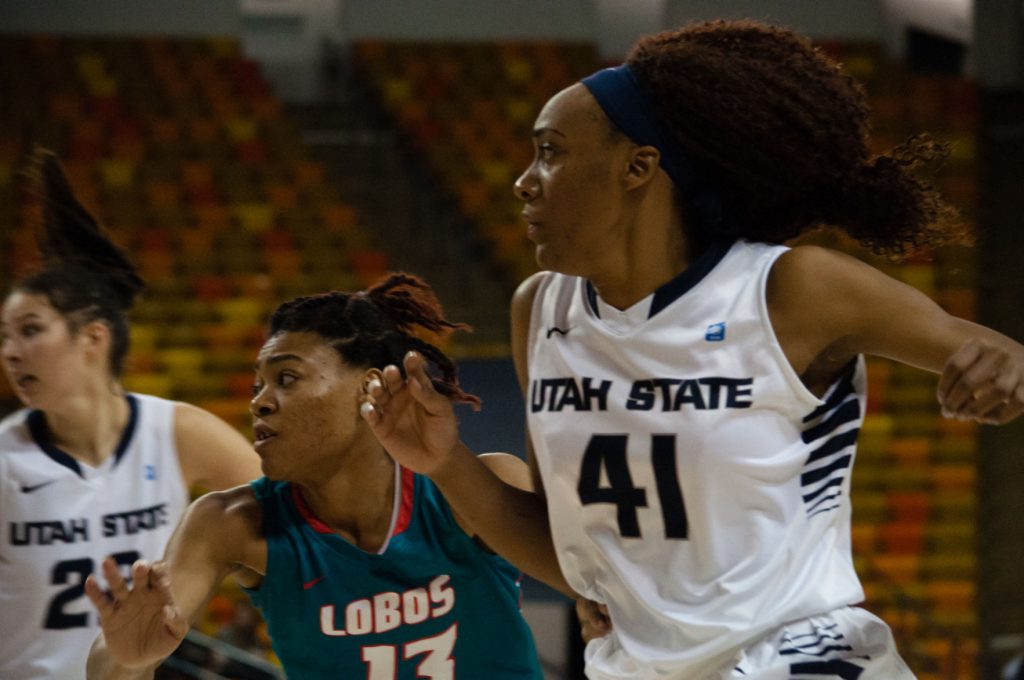 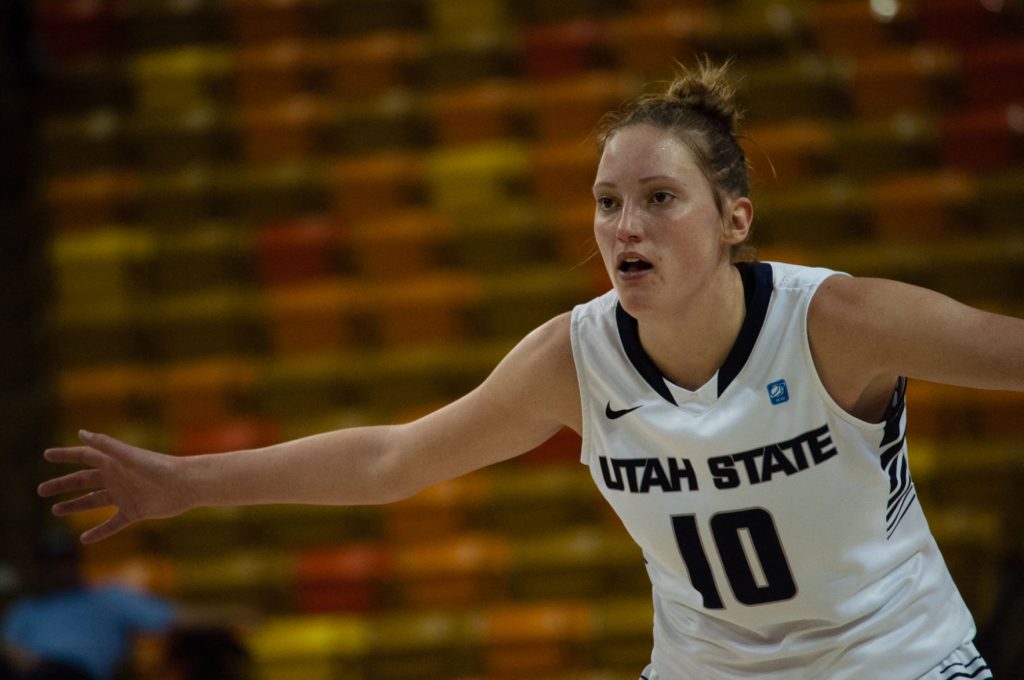 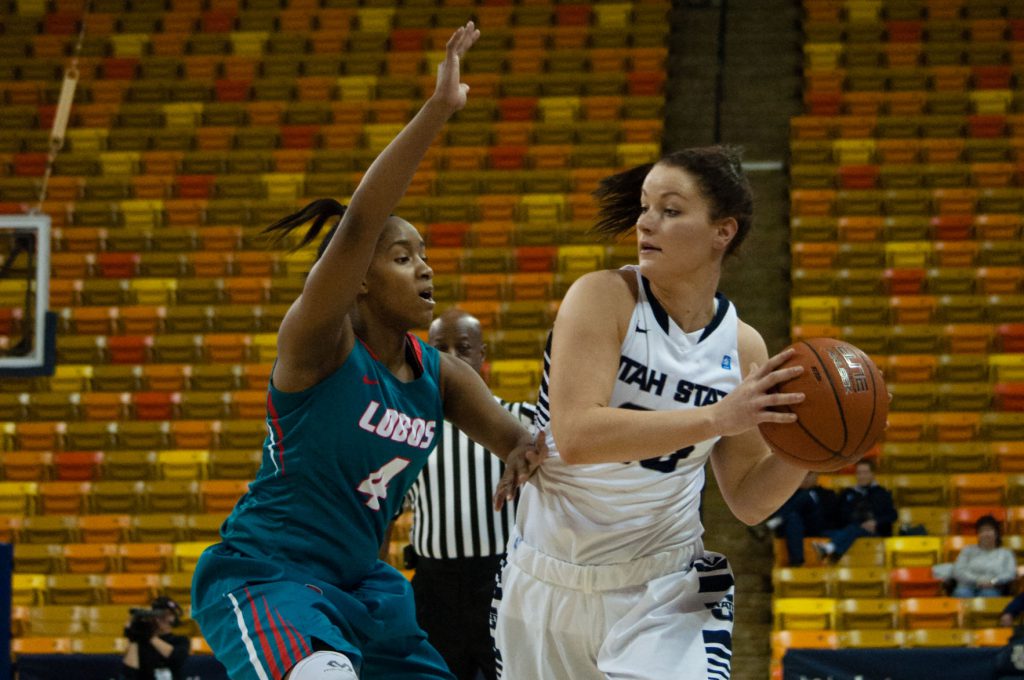 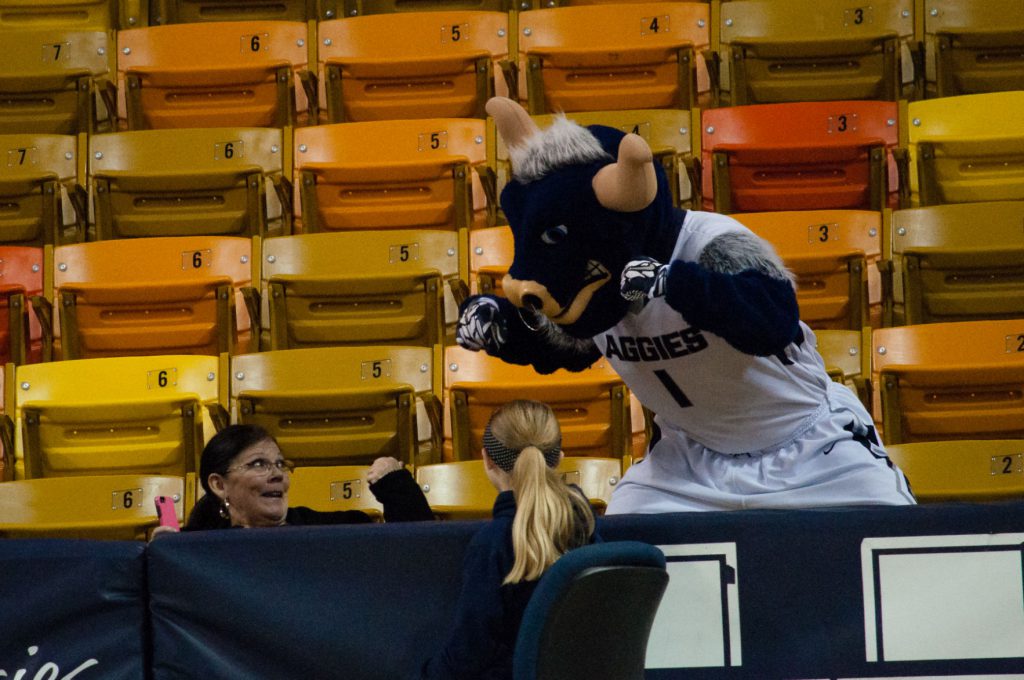 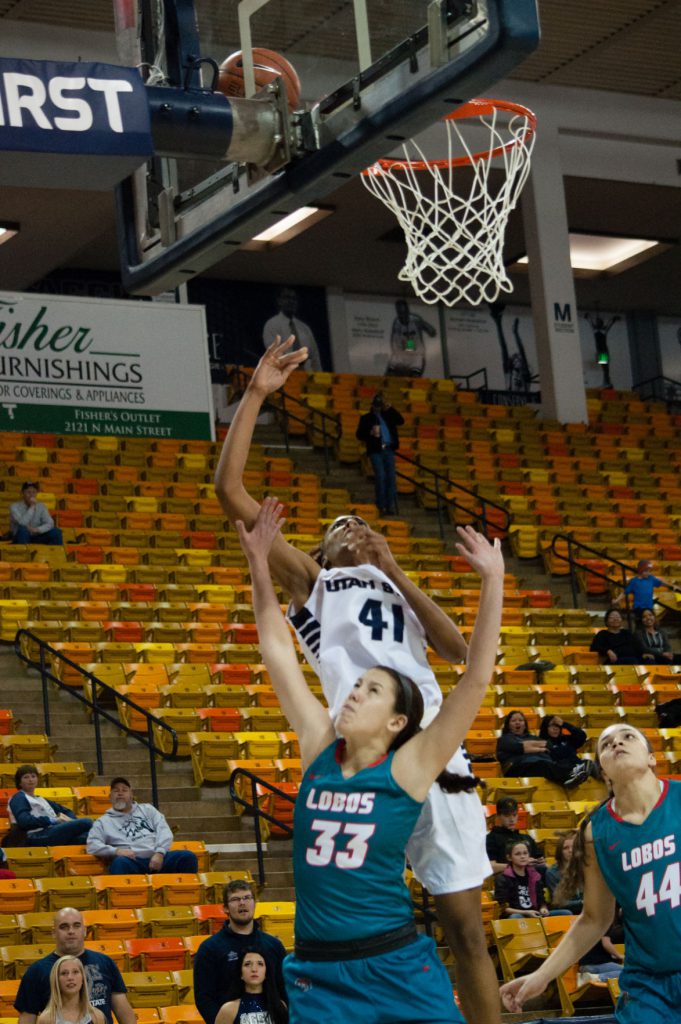 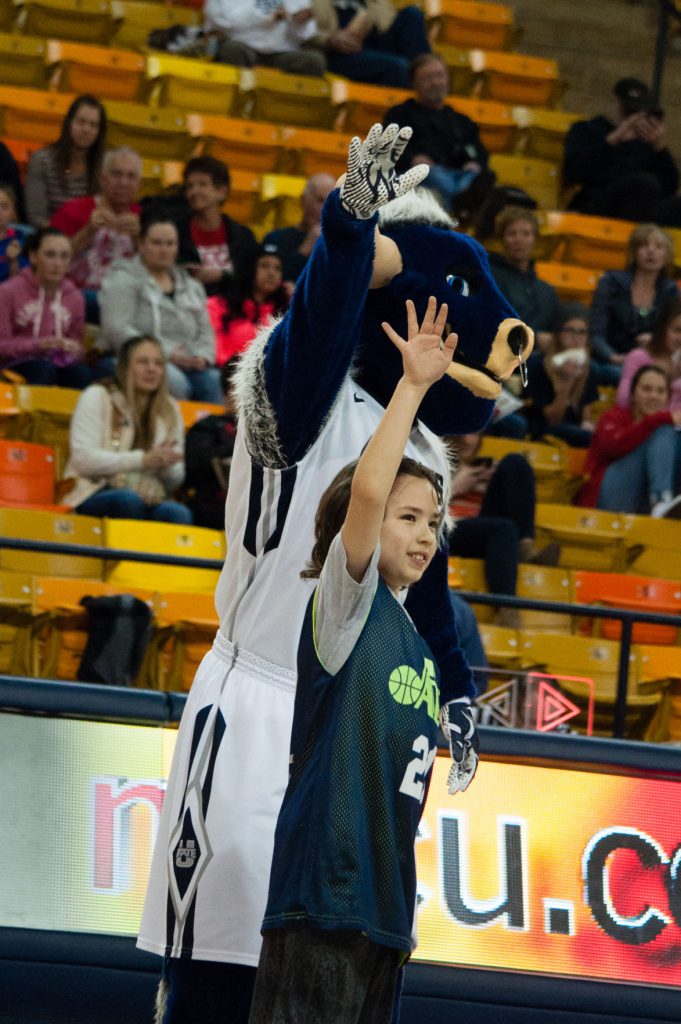 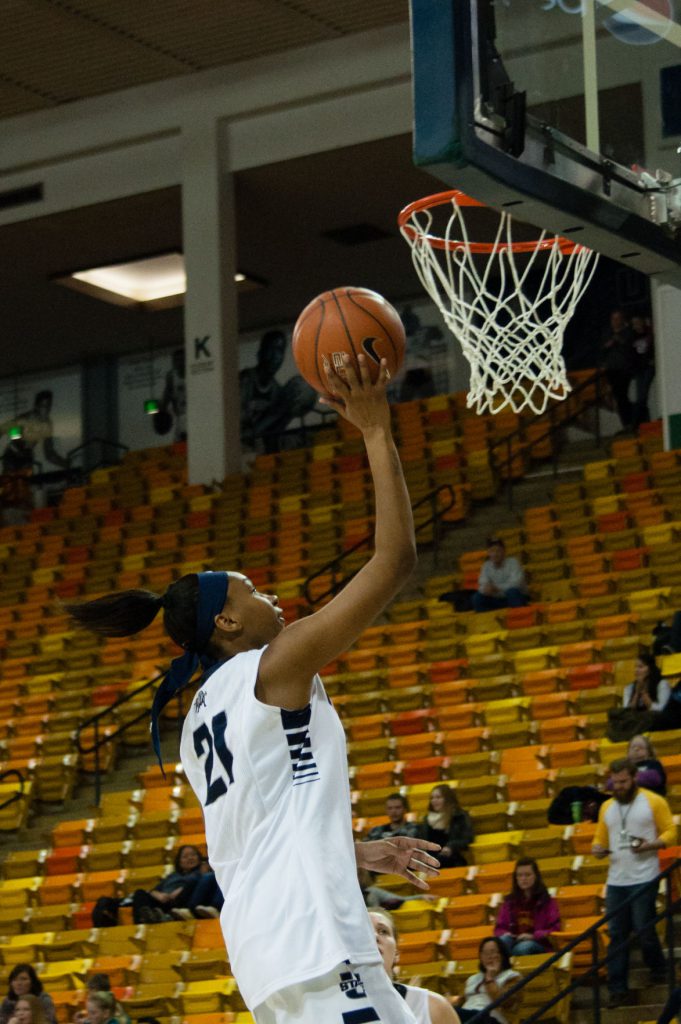 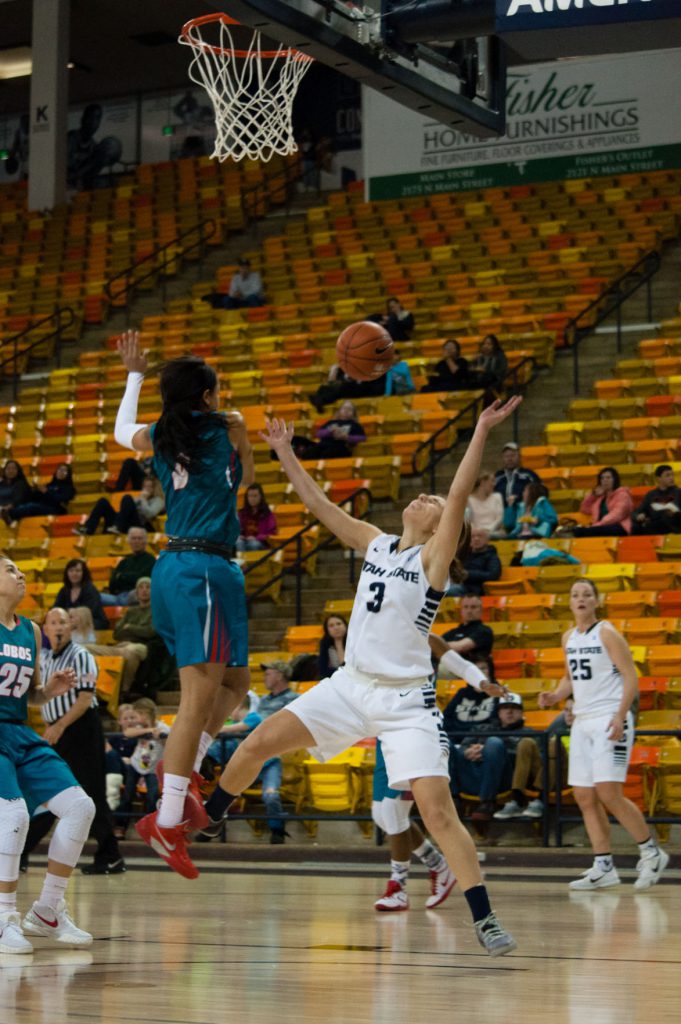 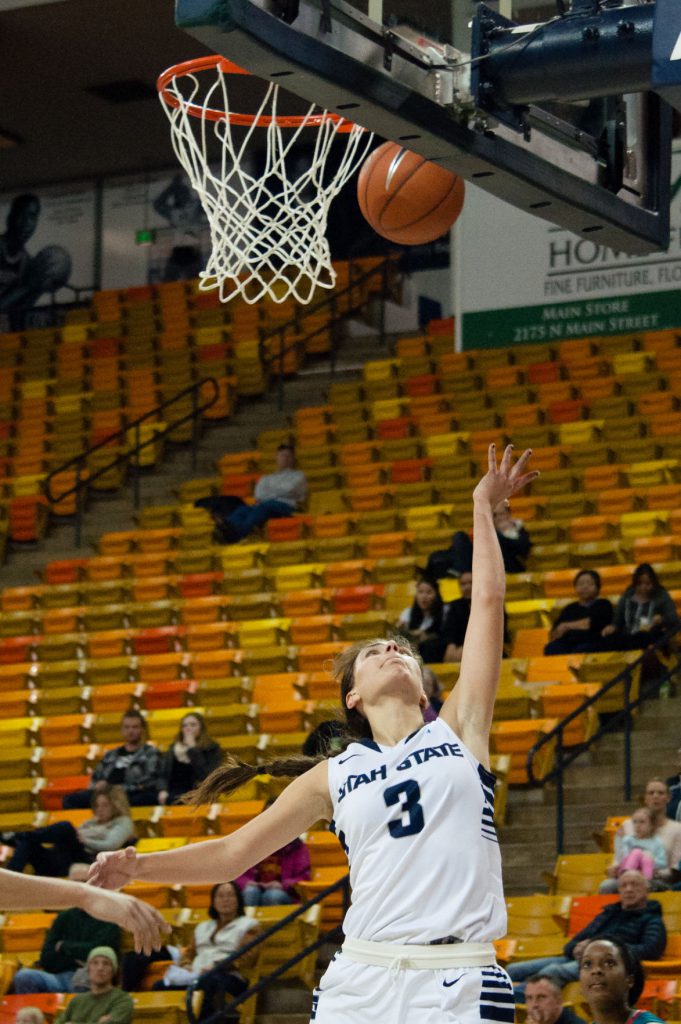 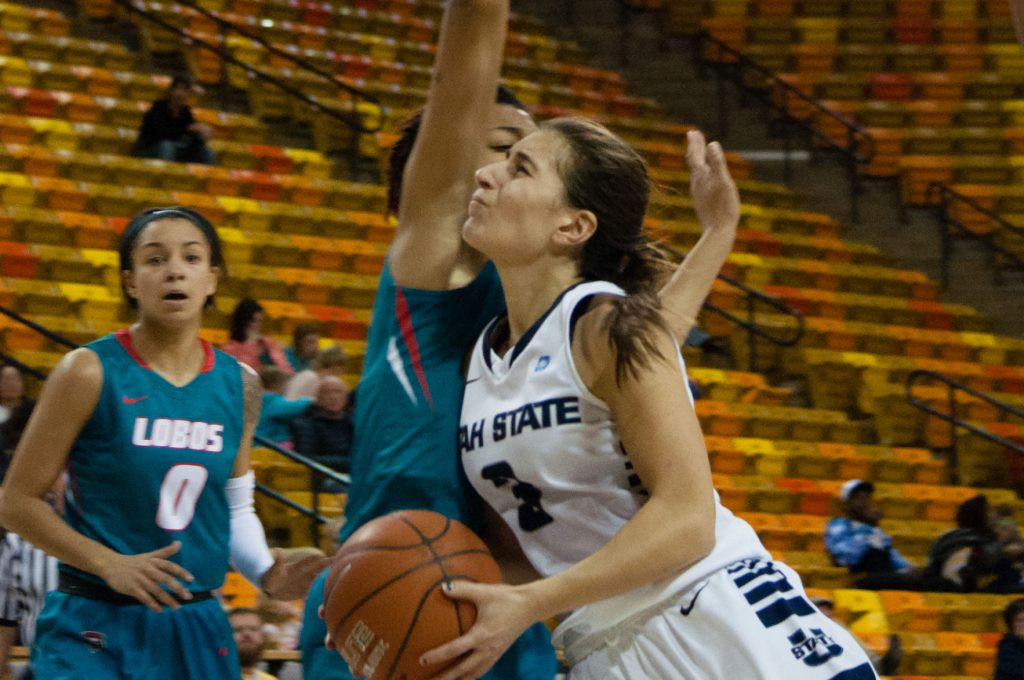 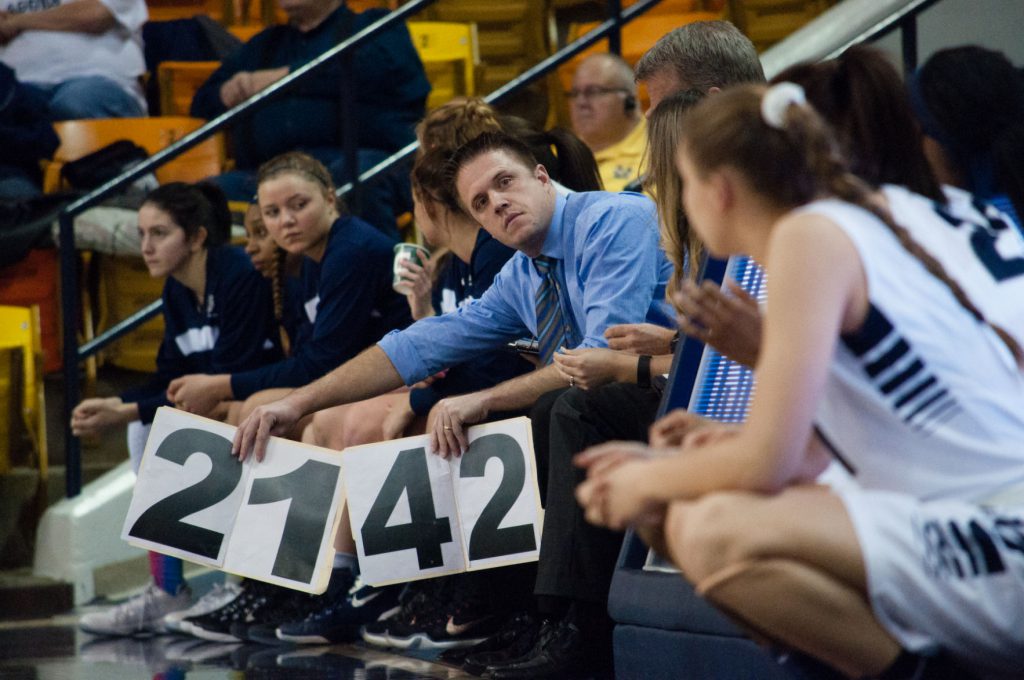 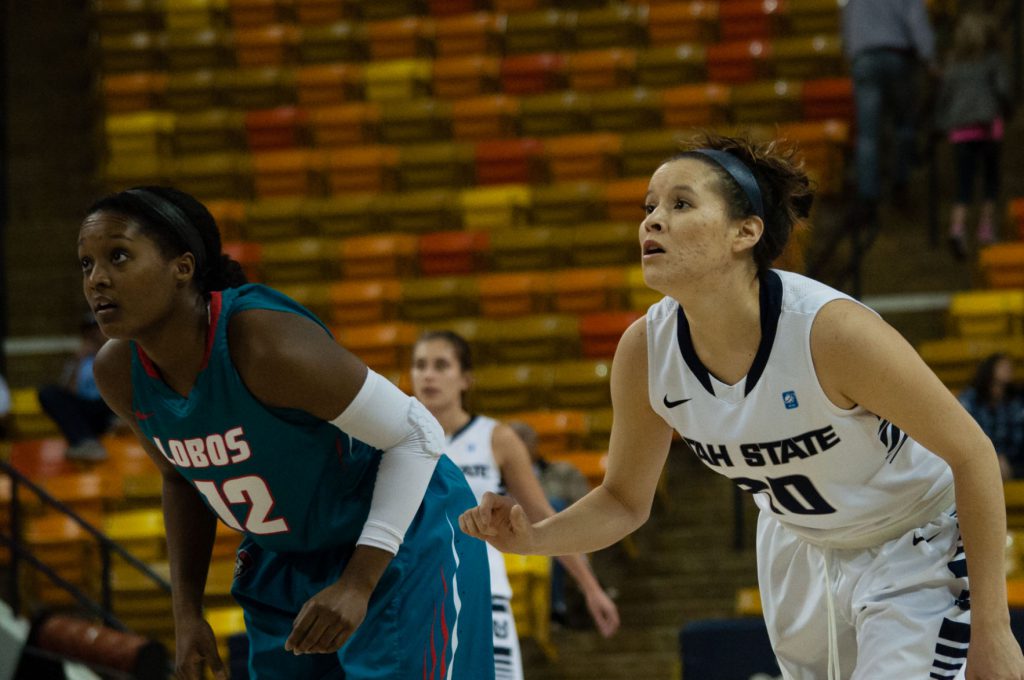 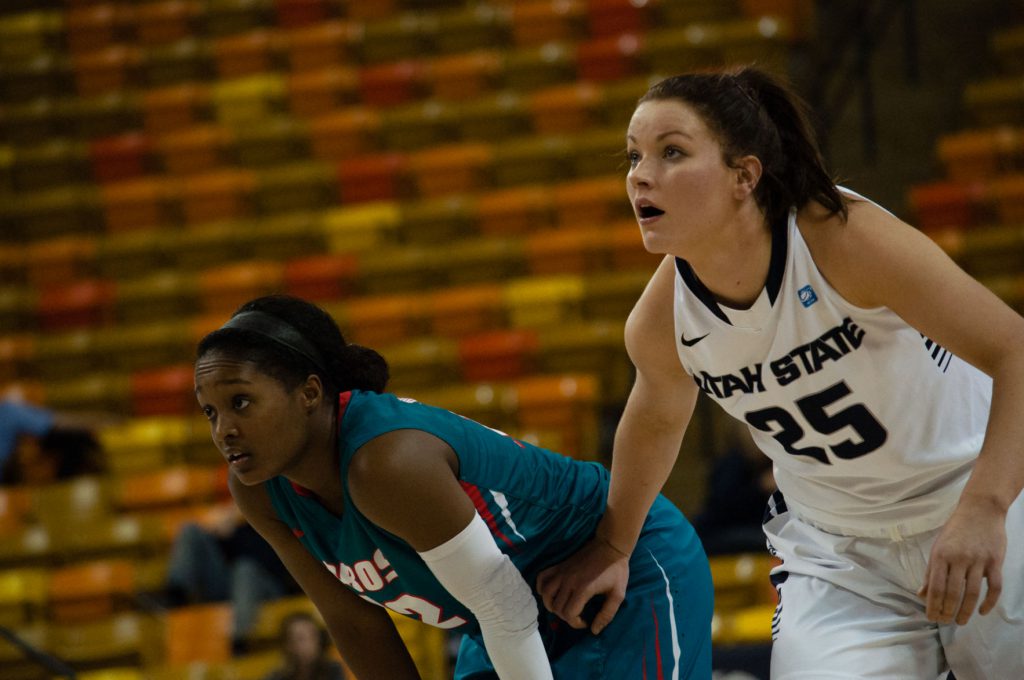 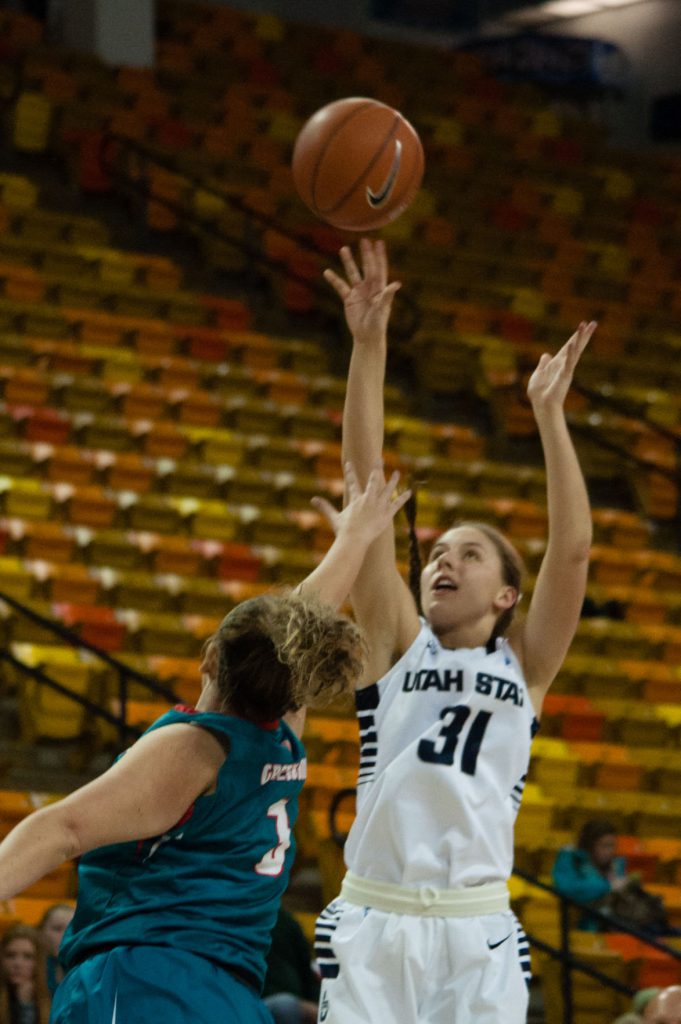 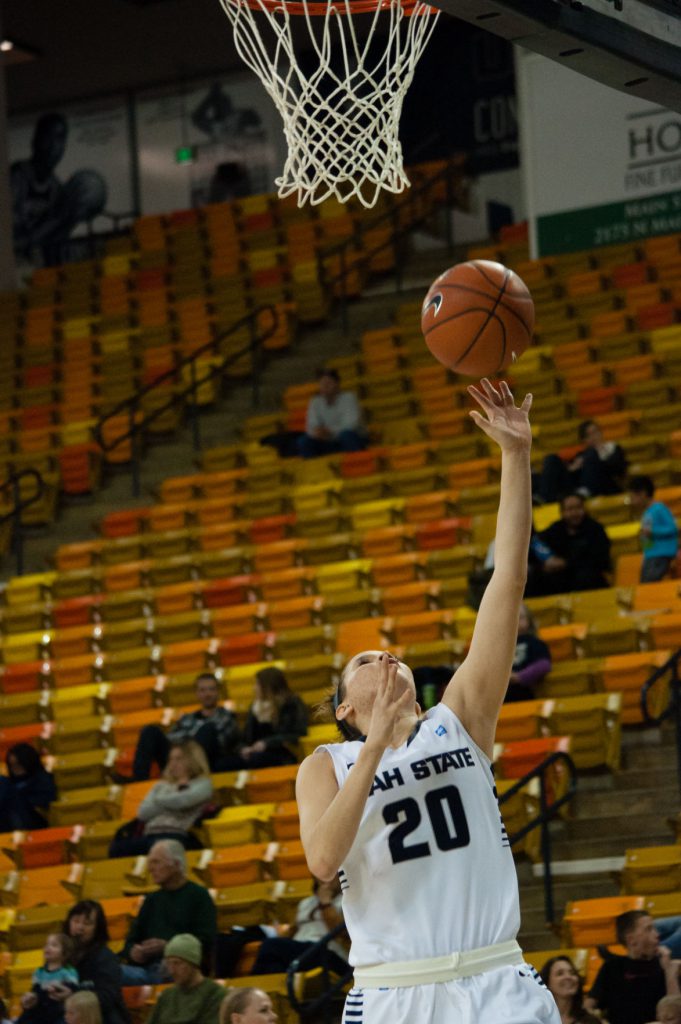 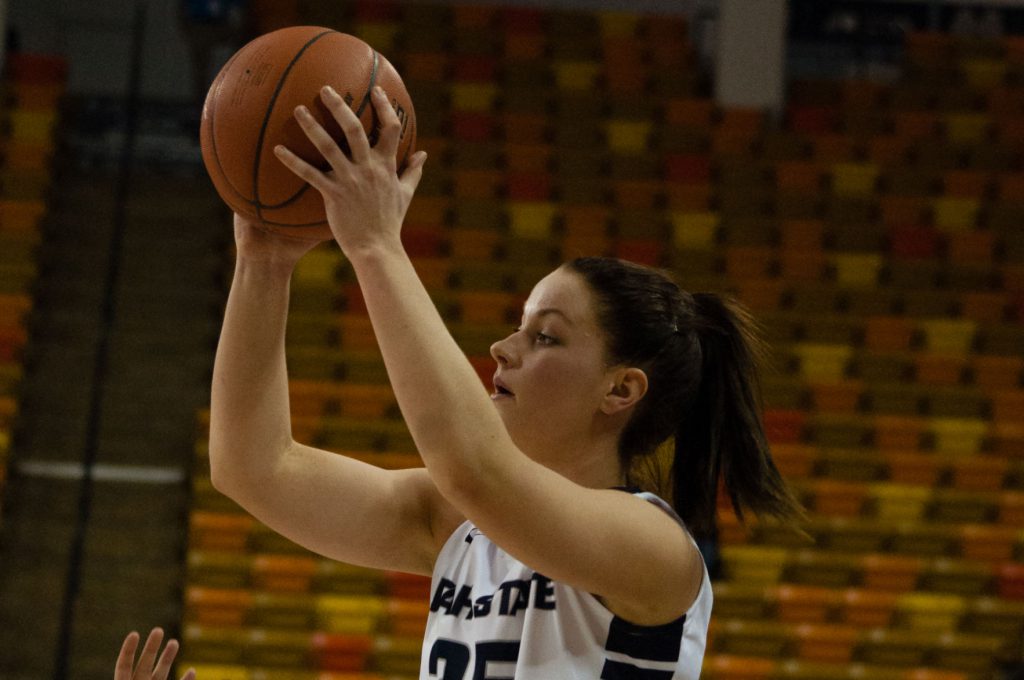 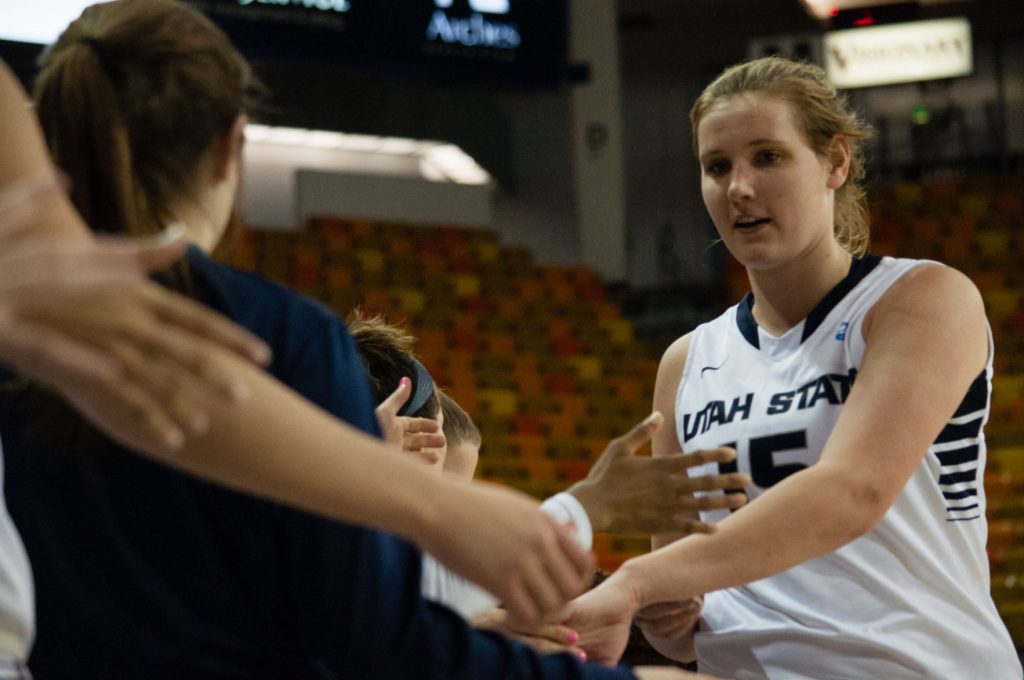 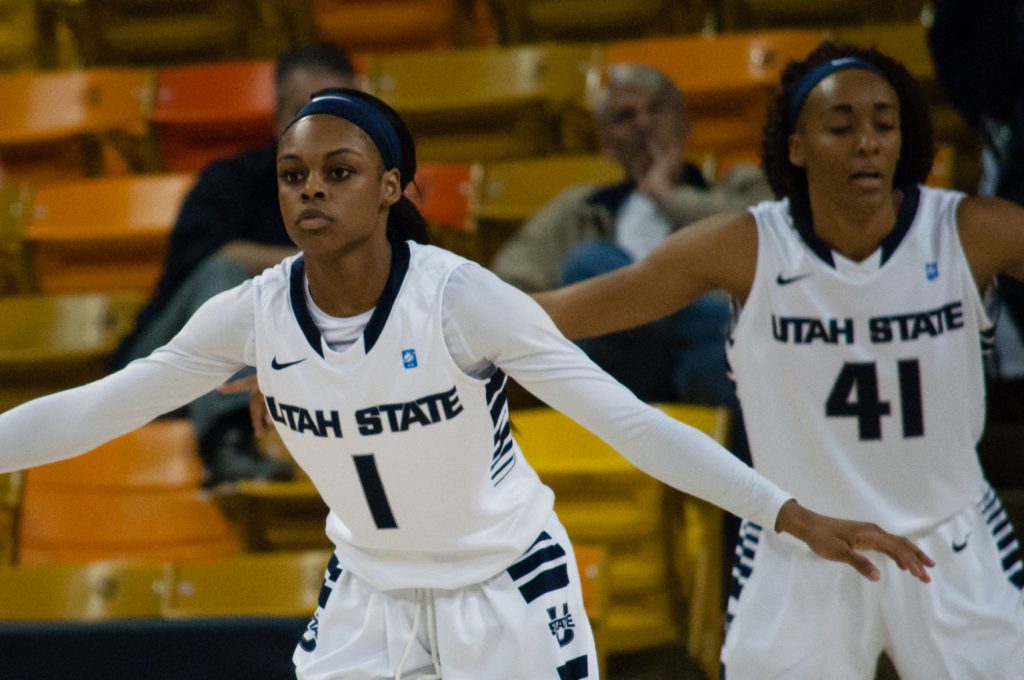