The Cisco Disco as seen from the sky using a drone.

GARDEN CITY – More than 1,000 fishermen lowered their nets and more than 100 jumpers took a plunge into the icy water as part of the Bear Lake Monster Winterfest Saturday. The event included the Cisco Disco ice fishing competition, a polar plunge, a chili cook-off and a craft fair.

Those who jumped into the 32-degree lake – many wearing costumes – donated $30 each to raise money for the Common Ground Outdoor Adventures organization, a Logan-based program that provides recreational activities to people with disabilities. The chili cook-off tasters voted for the best chili using their money, raising even more for Common Ground.

“It’s a great organization, they came out there and they had clients that did the plunge as well,” said Deanna Rothlisberger, director of the Bear Lake Valley Convention and Visitors Bureau. “They set up a booth and were able to educate the public about what they do and gain a lot of awareness.”

Rothlisberger said there were 1,300 people at the Cisco Disco, which was held on the east side of the lake. Those who caught the Cisco fish were able to enter them in the Monster Bait Tournament. An additional 110 people participated in the polar plunge with even more spectators.

“Everyone thought it was a really successful event,” she said. “We felt like it was the biggest it’s been so far. The weather was cooperative, it was cold, but it wasn’t windy.” 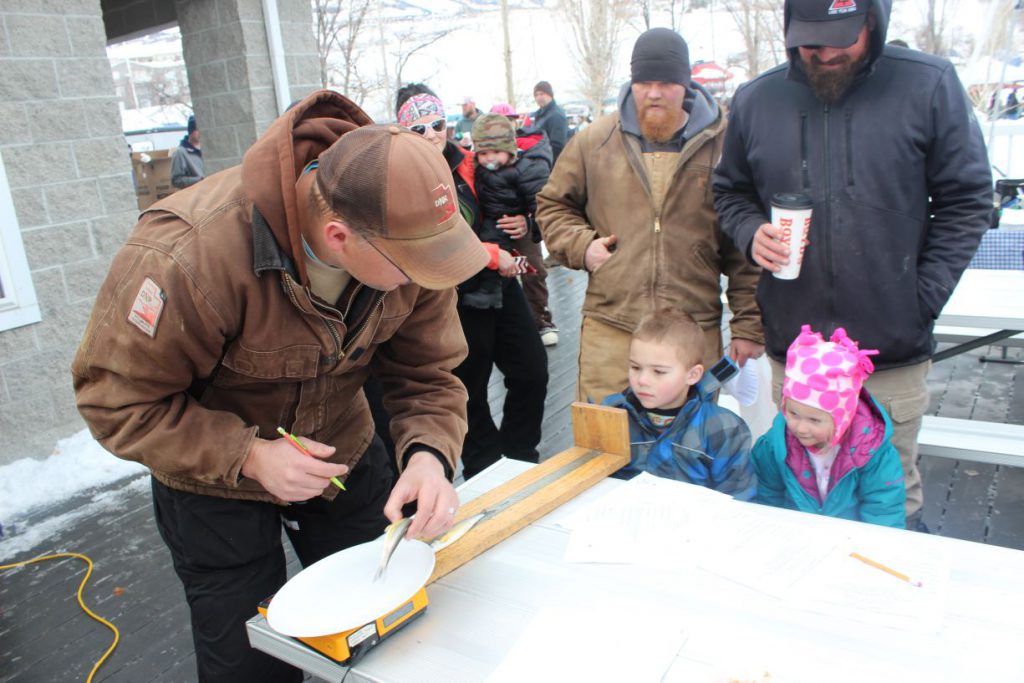 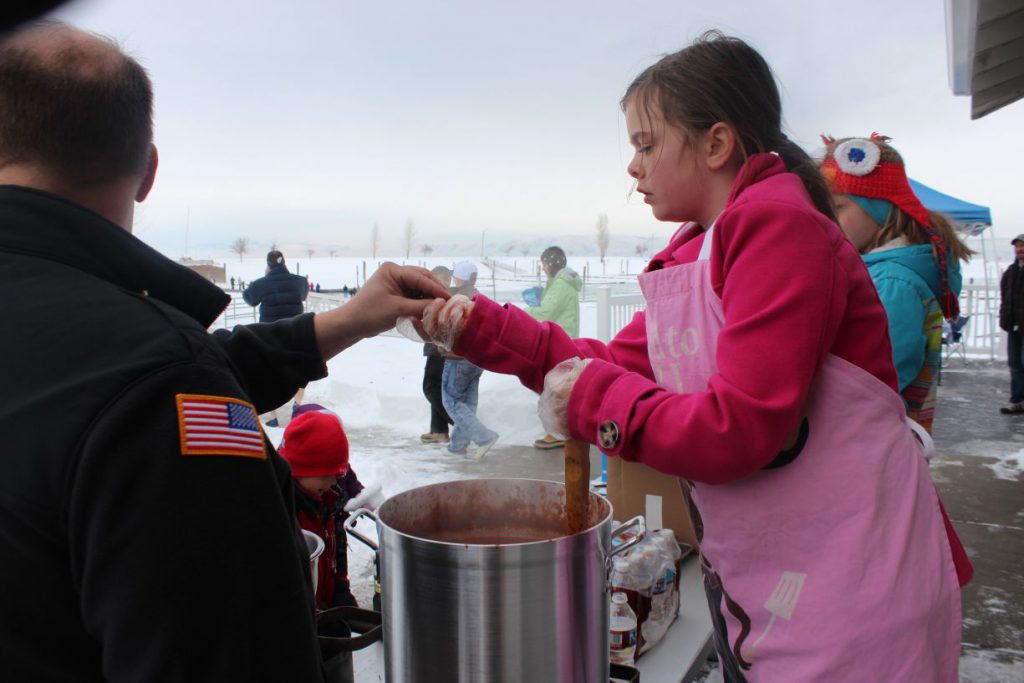 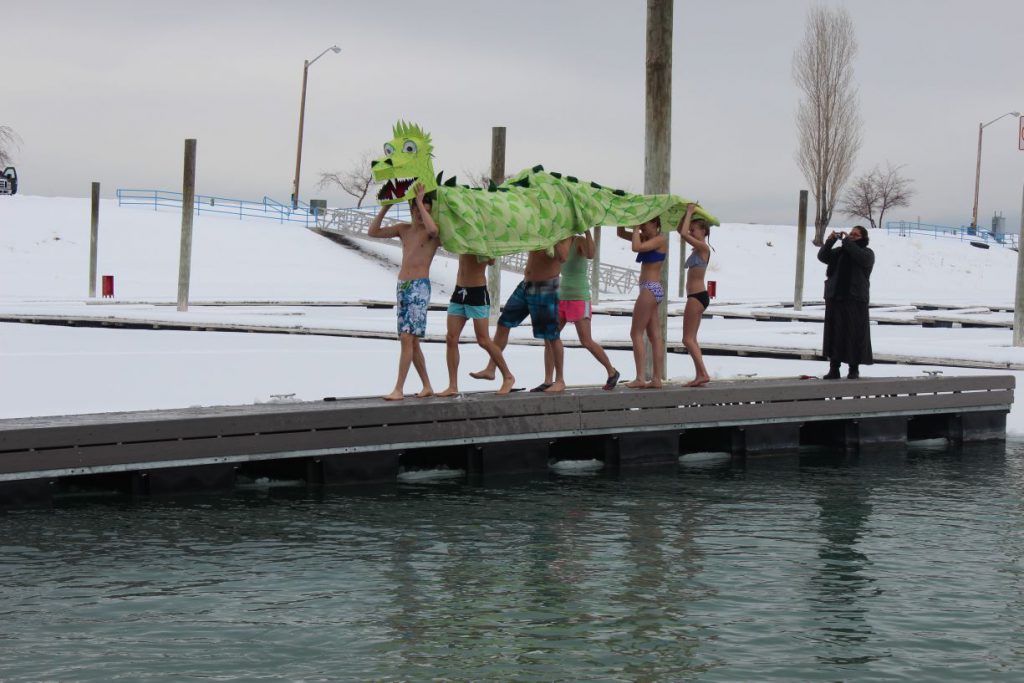 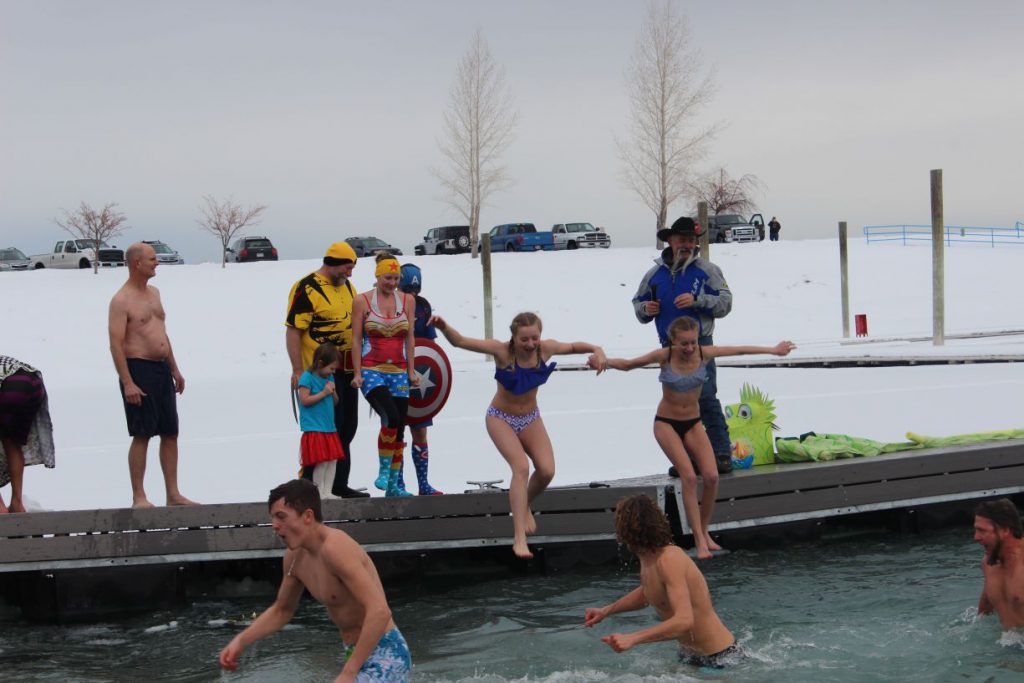 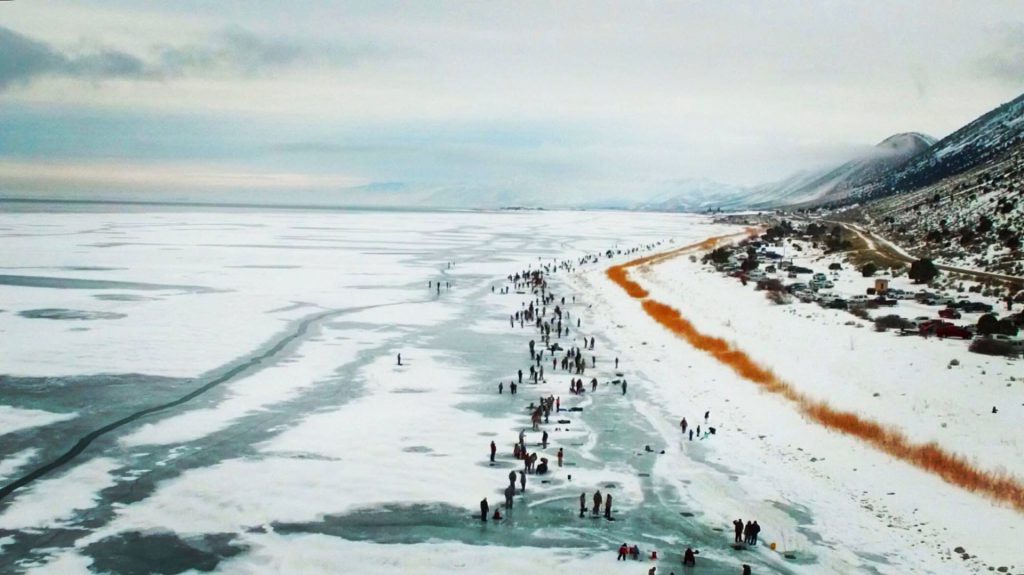 The Cisco Disco as seen from the sky using a drone.