SALT LAKE CITY — Surrounded by a healthier team than he’s had before, Gordon Hayward has become the type of dominant player the Utah Jazz envisioned when they selected him ninth overall in the 2010 draft.

Hayward had 27 points and 12 rebounds to help the Jazz beat the Chicago Bulls 105-96 in overtime on Monday night. The veteran forward put his stamp on the game in the final minutes of the fourth quarter and throughout the extra period.

“When guys go down, it’s a chance to expand your game,” Hayward said. “You’re doing some things you probably wouldn’t necessarily be doing. For all of us, we’ve gotten better because of it.”

Jimmy Butler scored 26 points and Pau Gasol added 19 points and eight rebounds to lead Chicago. Derrick Rose chipped in 14 points for the Bulls, who lost for the third time in four games.

Chicago shot 0 for 5 in overtime and turned over the ball three times in the five-minute stretch.

“They got the momentum right away,” Bulls coach Fred Hoiberg said. “We talked about that in the huddle — going out and getting the momentum. They hit a couple of shots and built off of that. We just couldn’t get it back.

Hayward totaled 15 points and four rebounds over the final 5:30 of regulation and overtime.

Hayward made 1 of 2 free throws, but the Jazz grabbed the rebound and Hayward drove for the tying layup with 4.8 seconds left in regulation.

In overtime, Hayward made back-to-back pull-up jumpers and followed with a dunk to give Utah the lead for good at 102-95 with 59.9 seconds remaining.

“We got stops in overtime,” Hood said. “That was the biggest thing. Rudy (Gobert) did a good job. He switched off on Jimmy Butler a couple of times and made him play tough shots. That was big. We rebounded the ball and Gordon really imposed his will and went to the basket strong.”

Gasol gave Utah’s defense fits in the first quarter. He scored baskets on his first four shots and totaled 11 points in the quarter. Three baskets came on jumpers from the same spot at the top of the key and Gasol’s final one, a dunk over Gobert, tied the game at 21-21.

“He’s one of the most skilled big men to ever play the game,” Jazz coach Quin Snyder said, praising Gasol. “There’s nothing he can’t do on the court. He shoots 3s. He can pass it. He can dribble it. He’s got a low-post game. He’s a terrific player and a great teammate. Wherever he is, he’s going to make the other people on the floor better.”

Gasol’s efforts helped the Bulls weather a hot start by the Jazz. Utah made nine of its first 13 shots from the field and took a 21-17 lead on back-to-back layups from Raul Neto and a pair of free throws from Hayward. Chicago kept pace and the Bulls briefly darted ahead 31-26 early in the second quarter on Tony Snell’s 3-pointer.

Burke and Hood answered with back-to-back 3s to help Utah regain the lead. It sparked a 14-0 run for the Jazz which culminated in another set of back-to-back 3s from Neto and Hayward, giving Utah a 40-31 lead with 6:42 left before halftime.

It didn’t take long for Chicago to bounce back. The Bulls scored 10 straight points, culminating in a go-ahead 3-pointer from Butler, to take a 41-40 lead less than two minutes later. Chicago did not ease off the gas pedal. The Bulls strung together a 18-2 run overall — punctuated by Taj Gibson’s dunk that gave his team a 49-42 lead with 1:35 left before halftime.

“We brought the competitiveness and gave ourselves a chance,” Gasol said. “We were very close to winning. I wish we did win. A couple of critical plays went their way and maybe we made some mistakes at the end.”

After trailing for the bulk of the third quarter, Utah finally surged ahead on back-to-back baskets from Gobert. He put the Jazz up 67-66 on a dunk with 1:25 left in the quarter.

Bulls: Rose needs five more assists to pass former Bulls guard John Paxson for 7th place in franchise history in career assists. … Chicago fell to 0-5 in overtime games all-time against Utah. The Bulls are now 10-4 in games where Gibson has 10 or more rebounds this season. Gibson finished with 11 boards.

Jazz: Hayward extended his streak of consecutive made free throws to 35 before finally missing two attempts in the fourth quarter. Hayward went 8 for 10 from the line against Chicago. … Neto scored a career-high 14 points. His previous career high was 13 in a 103-101 loss to Sacramento on Jan. 14th.

Bulls: At Sacramento on Wednesday. 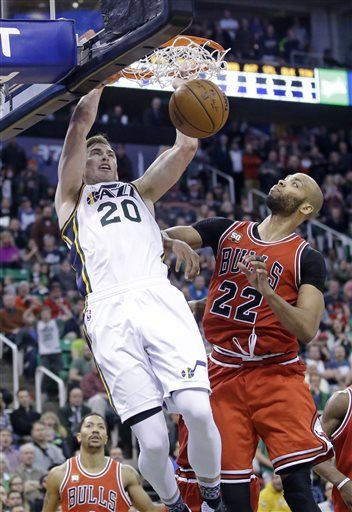 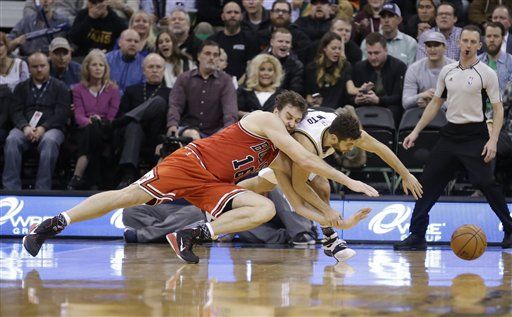 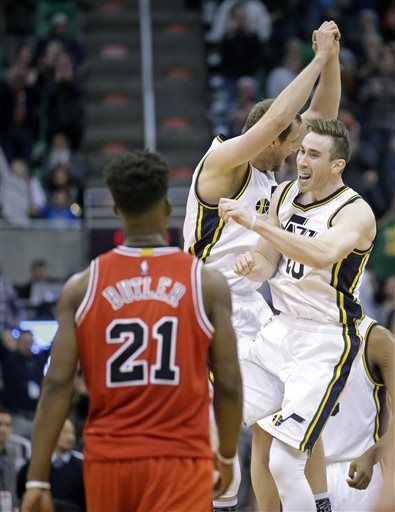 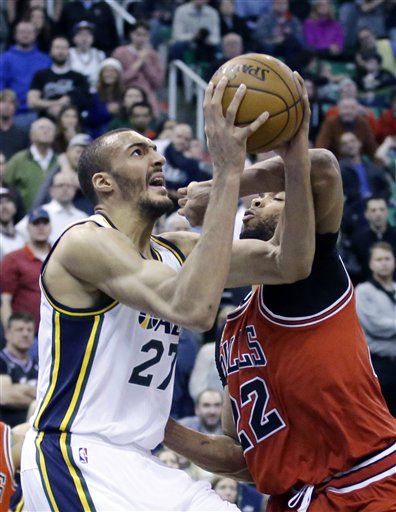 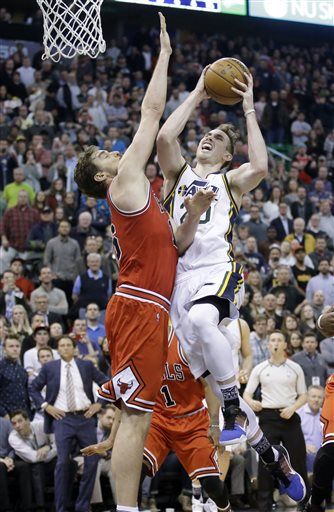