The proposed amendment of the planned unit development located from 1100 East to 1600 East and 300 South to 500 South encompasses about 80 acres and would have increased its population density by about 44 percent. The number of townhouses in the development would have been reduced from 158 to 109, but the single family building lots would have increased from 106 to 144. The most drastic change, however, was the introduction of a multi-family apartment complex of 150 units.

Mayor Stephanie Miller said the city received three emails in favor of the amended plan and 25 against it. During the meeting, 22 Hyrum residents voiced their opinions on the matter, with the majority also in opposition. Their reasons included concerns about traffic, lack of space in schools and churches, lack of water pressure, potential for crime and possible lack of apartment upkeep from the owners. Woolstenhulme said of all the reasons the amendment was opposed, it was the high concentration of people in a small area that seemed to concern citizens the most.

“I personally think the numbers are too high, and that is the feeling of the community as well,” he said. “That’s the sticking point. We heard stuff about the crime, we heard stuff about all those kinds of things that could happen. They do happen some places, in other places they don’t. People are good, people are bad. I think its the quantity that puts people out.”

Rasmussen said there were also problems with the parking situation and landscaping in the proposed concept. He called it unrealistic.

“I just think that this needs to be reworked and resubmitted for the planning commission if it’s going to go forward,” he said.

Kartchner said the city is growing and will eventually need housing units similar to the apartments. He also addressed the other concerns.

“There is a need in all of Cache Valley for rental units, in every single city in Cache Valley,” Kartchner said. “Our population is getting younger, we have lots of children and there will be more schools built as schools are needed. There will be more churches built as churches are needed. The roads around this project have been designed to handle this growth and future growth that Hyrum City is going to experience.”

Some of the development’s construction started years ago. After the original plan was approved in 2007, some townhouses were completed and sold, but the original developer abandoned the project. Many of the townhouse’s current owners voiced their opinions in favor of Kartchner’s plan. They hoped it would be approved so construction could resume. Some of them have been paying HOA fees for amenities never completed, such as a swimming pool and a clubhouse.

Woolstenhulme said he understands the situation some of the townhouse owners are now in, but said he couldn’t agree to a plan that doesn’t fit the city. He said he is willing to work with those residents to find solutions.

“You guys got left out to dry, and I feel bad for you,” he said. “You really did. You came in at the peak of the market, probably. A year after you guys bought, it bottomed out. It crashed, so you’re upside-down, and that’s a bad thing. I understand that, but at the same time there are things you can’t do.”

Until a new developer is found who is willing to take the job, nothing is likely to change. Kartchner said he wouldn’t consider developing the area if he couldn’t include the apartments.

“Financially it doesn’t make sense for me to do it,” he said. “Somebody else could come in and do it.”

After the vote, Miller suggested that if high-density is not wanted in the area then the city ordinances need to possibly be changed. 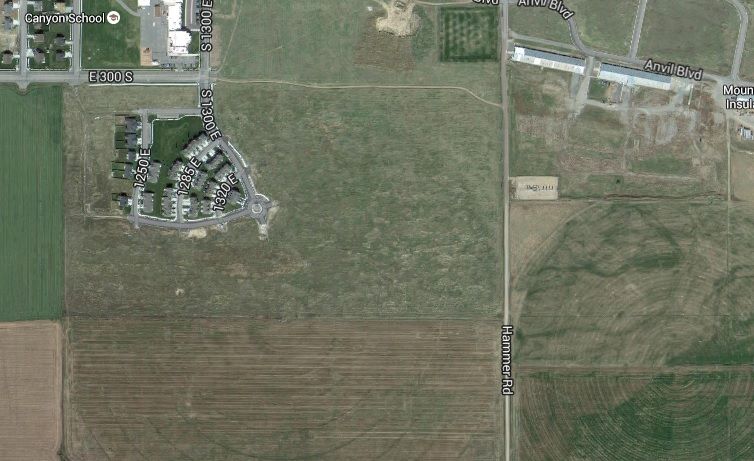