Jason Relopez appears in 1st District Court for a sentencing hearing on Tuesday afternoon in Logan.

1st District Court Judge Brian Cannell said he had concerns about issuing a sentence after a psychosexual evaluation for Relopez came back with invalid results. The test was part of a previously agreed upon plea bargain that was supposed to determine if he was at risk of reoffending.

Outside the courtroom, state attorney Barbara Lachmar said she felt good that the judge wanted to get more information from the doctor who evaluated Relopez, before issuing his sentence.

“I’m not an expert but this test measures physiological responses to certain scenarios, said Lachmar. “The way that I describe it is he flat-lined everything. So they can’t make any assessment based on that.”

“What they say is basically, the sexual response patterns are not accurately telling us what is true for this defendant’s biopsychology and that is why it is invalid and can’t be used.”

Relopez was arrested last year after a woman claimed he raped her multiple times while she was attending a party at the Sigma Chi fraternity house, near Utah State University. A second victim later reported also being sexually assaulted by him a year before, while the two were doing homework in her residence.

In February, Relopez accepted a plea deal, pleading guilty to attempted rape, a first-degree felony and attempted forcible sexual abuse, a third-degree felony. As part of the agreement, attorneys for both sides decided upon a sentence of one-year in jail and sex offender treatment, if the evaluation showed the defendant was a low-risk.

After Tuesday’s hearing, defense attorney Shannon Demler said he was disappointed in the judge’s postponement.

“We don’t think it is appropriate, when the psycho-sexual report came back as low-risk and now they want to reevaluate,” said Demler. “We got what we wanted, as far as the evaluation. He is low-risk, which we thought he would be and now we expect the sentence to be imposed that we agreed to. Not to go back and reevaluate until they can hopefully change the rules on us.”

During the sentencing hearing, Judge Cannell said he was very disappointed that the doctor who issued the evaluation was not in the courtroom to explain the context of his report. He scheduled an evidentiary hearing for April 13.

Relopez remains in jail on a $500,000 bail. He has already been suspended from the fraternity and USU. 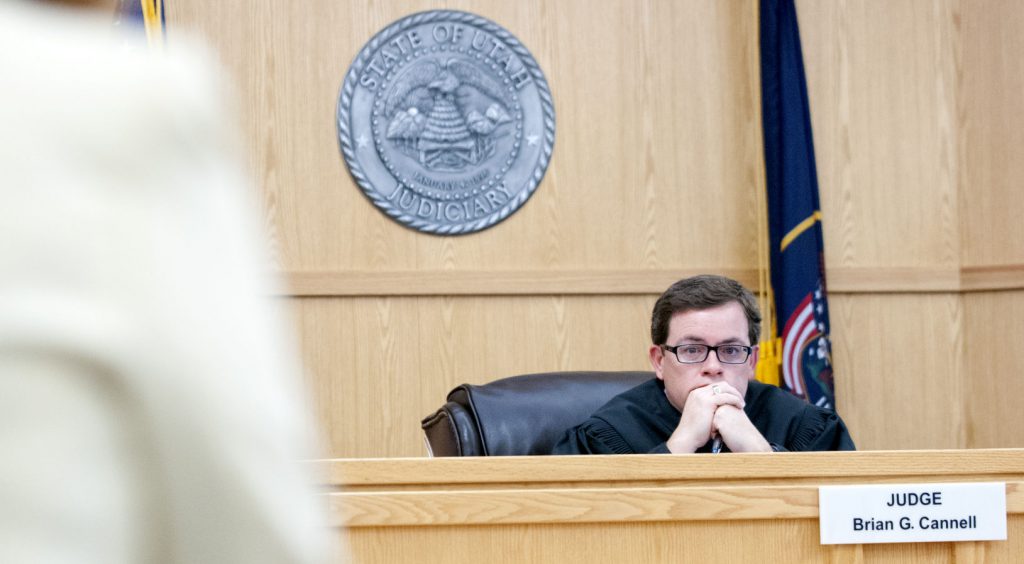