SALT LAKE CITY (AP) — Two Mormon missionaries wounded in a bombing attack at the Brussels airport have returned to Utah to receive treatment in their home state.

Mason Wells, 19, and Joseph Empey, 20, were in fair condition at the University of Utah Hospital in Salt Lake City, said church and hospital officials on Tuesday.

Two other missionaries injured in the blast, Richard Norby, 66, of Utah and Fanny Clain, 20, of France, remain in Brussels.

Wells, Empey and Norby won’t be able to finish their missions for The Church of Jesus Christ of Latter-day Saints, but Clain, 20, is expected to resume her service in the U.S, church officials said. She was less seriously hurt.

The Utahns were at the airport March 22 to accompany Clain, who was set to fly to the United States for a missionary assignment in Cleveland. Clain had passed through security to a different part of the airport at the time of the explosion.

Wells suffered burns and severed his Achilles tendon. He also was close to the Boston Marathon bombing but wasn’t hurt.

Wells said last week from a Belgian hospital that he felt lucky to be alive after the blast lifted him off his feet. The former high school football player from Sandy, Utah, said he was at the back of the check-in line when the first bomb exploded and said he was running out of the airport when the second blast hit.

He spoke last week from behind a mask of bandages, with only his eyes, mouth and left ear uncovered by the gauze dressings and mesh netting that held them in place.

Empey suffered burns to his hands, face and head and had surgery for shrapnel injuries to his legs.

Norby was in a medically induced coma for several days. Shrapnel cause severe trauma to his lower leg, and he suffered second-degree burns to his head and neck. 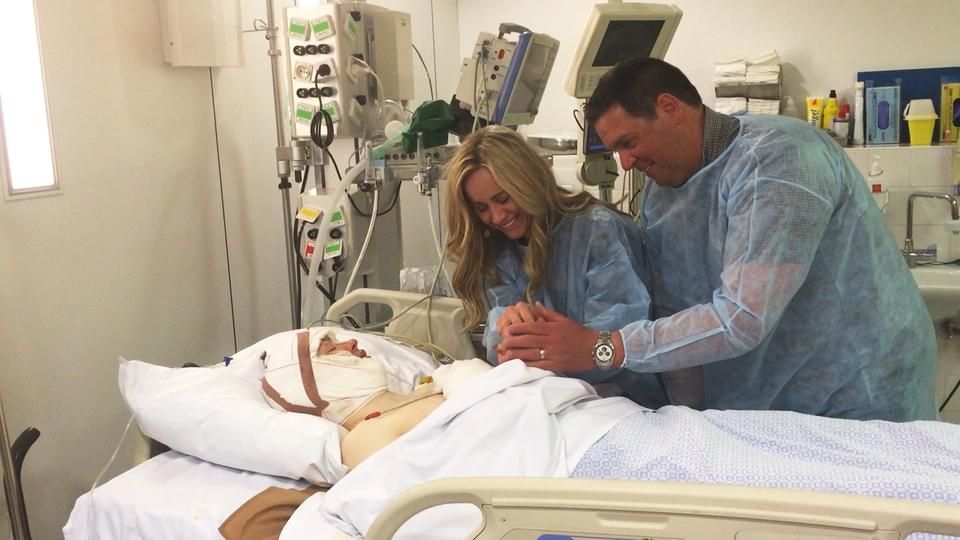 Elder Mason Wells of Sandy, Utah, is greeted in a Belgian hospital by his parents on Thursday, March 24, 2016. Elder Wells was among four Latter-day Saint missionaries injured in an explosion at the Brussels airport on Tuesday, March 22, 2016.