It all started through the air, but when the players were heading to the locker room later that afternoon, head coach Matt Wells said it was the running game and improvement in the offensive line that gave the offense an edge in the second scrimmage of spring ball.

Running the ball was the main focus during Friday’s scrimmage, and fans shouldn’t be surprised if it is a big part of the Aggie gameplan come September. Wells said he sees way to get the ball to his four different running backs this year. LaJuan Hunt, Devante Mays, Justen Hervey and Tonny Lindsey each got touches Friday afternoon.

Hervey picked up 38 yards and a 14-yard touchdown on eight carries, LaJuan Hunt had three rushes for 13 total yards, including an 11-yard touchdown.

“It’s a good battle,” Wells said. “Guys are tying to earn a role and that battle will go through summer and into training camp.”

“Off the field, we’re brothers,” he said. “But on the field, it’s competition, making each other work.”

Those rushes did come against an injury-riddled defensive front seven, however. According to defensive end Siua Taufa, his teammates Travis Seefeldt, Jacoby Wildman and Ricky Ali’ifua are all injuries on the defensive line. The young, less-experienced guys stepping in, according to Wells, are doing their part. He said has seen good things from defensive end Christopher Unga and nose guard Gasetoto Schuster. He said Adewale Adeoye has given a “berserker effort.”

“The injuries have limited that development in terms of the guys that are going to get significant reps from us,” Wells said. “I think we’ve seen some individual improvement. There are some really young linebackers that are playing right now and guys that haven’t played with the defense very long. When you have inexperience, you are out of position and it doesn’t look very good sometimes.”

Another battle Wells is watching is the between the kickers.

“Last Friday and Tuesday, Dominik (Eberle) got the better of Brock (Warren) and Jake (Thompson),” he said. “Now they’ve kind of battled back.”

All five quarterbacks took snaps during the scrimmage. Myers was 3-for-9 passing for 67 yards, Damion Hobbs was 2-for-3 for 28 yards. Wells said there is still improvement to be made with the wide receivers.

“(Alex) Byers and (Jaren) Colsten-Green are getting better everyday, they’re getting more comfortable with the signals and lining up,” he said. “Any time you know what you’re doing you play a little bit faster.”

The next scrimmage will be the annual Blue vs. White Spring Game Saturday April 9th at 2 p.m. 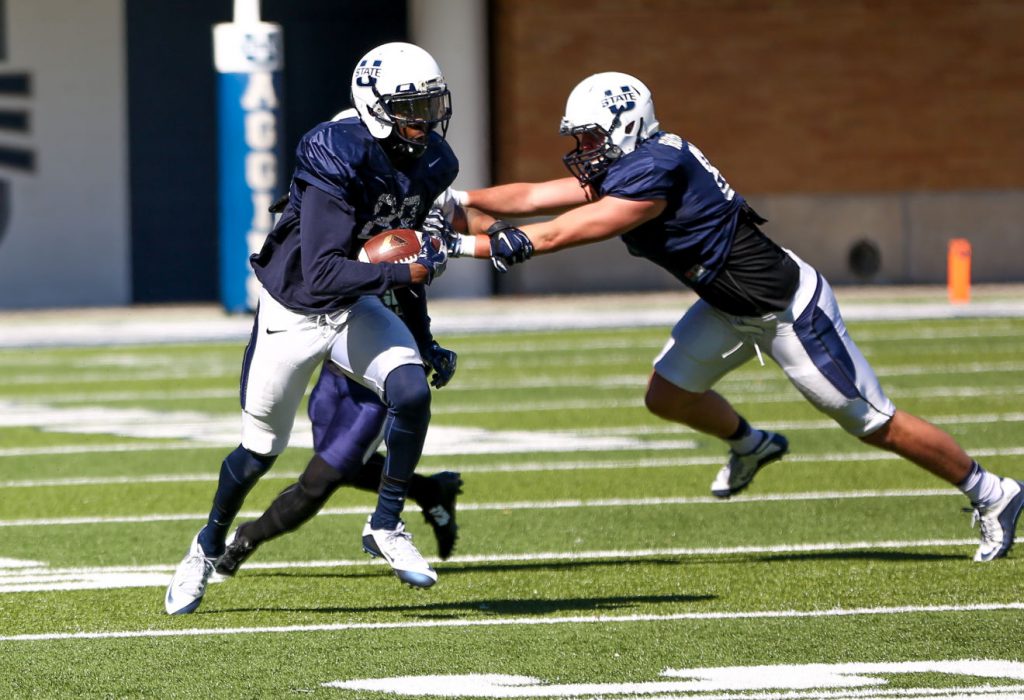 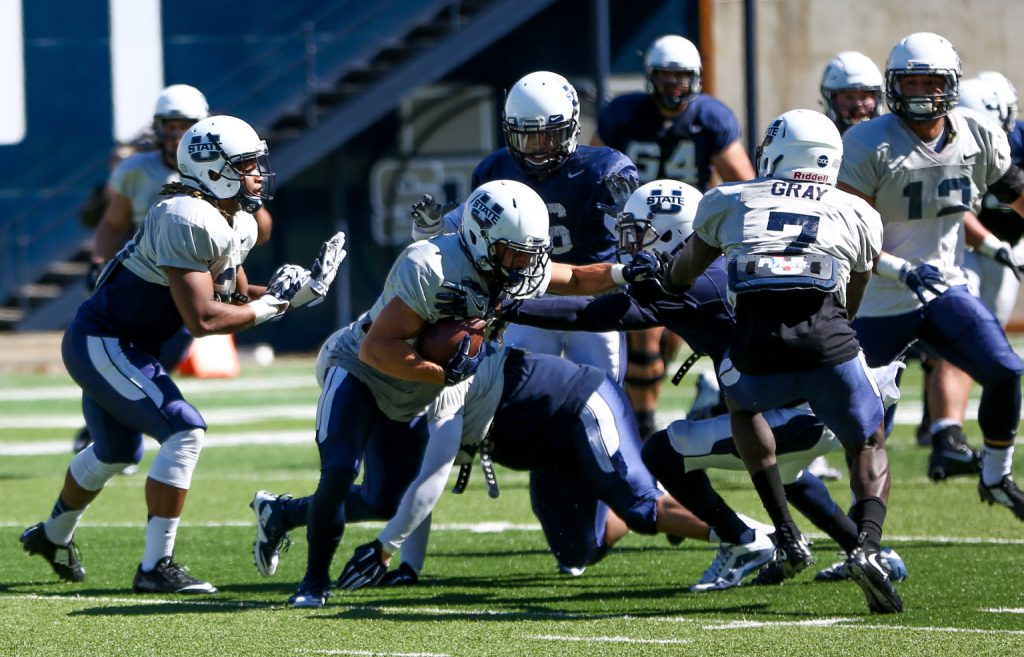 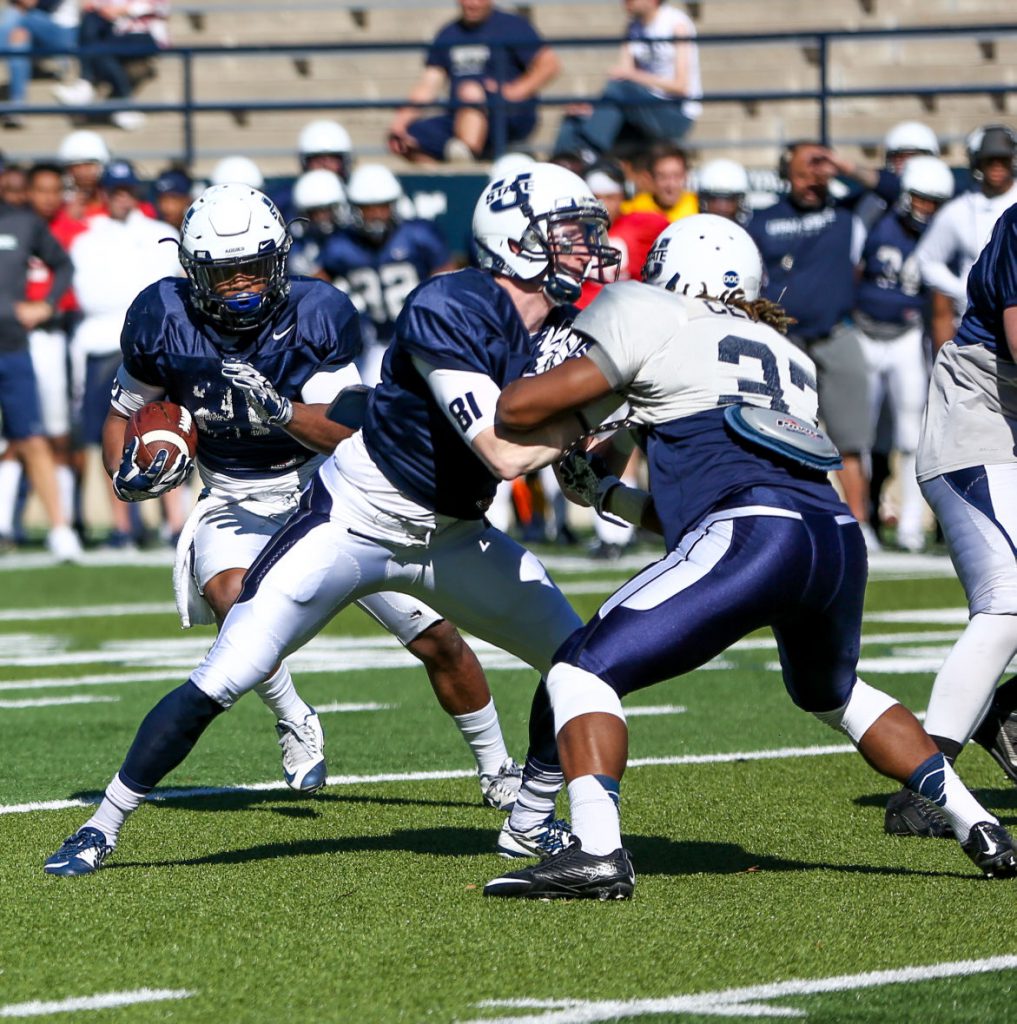 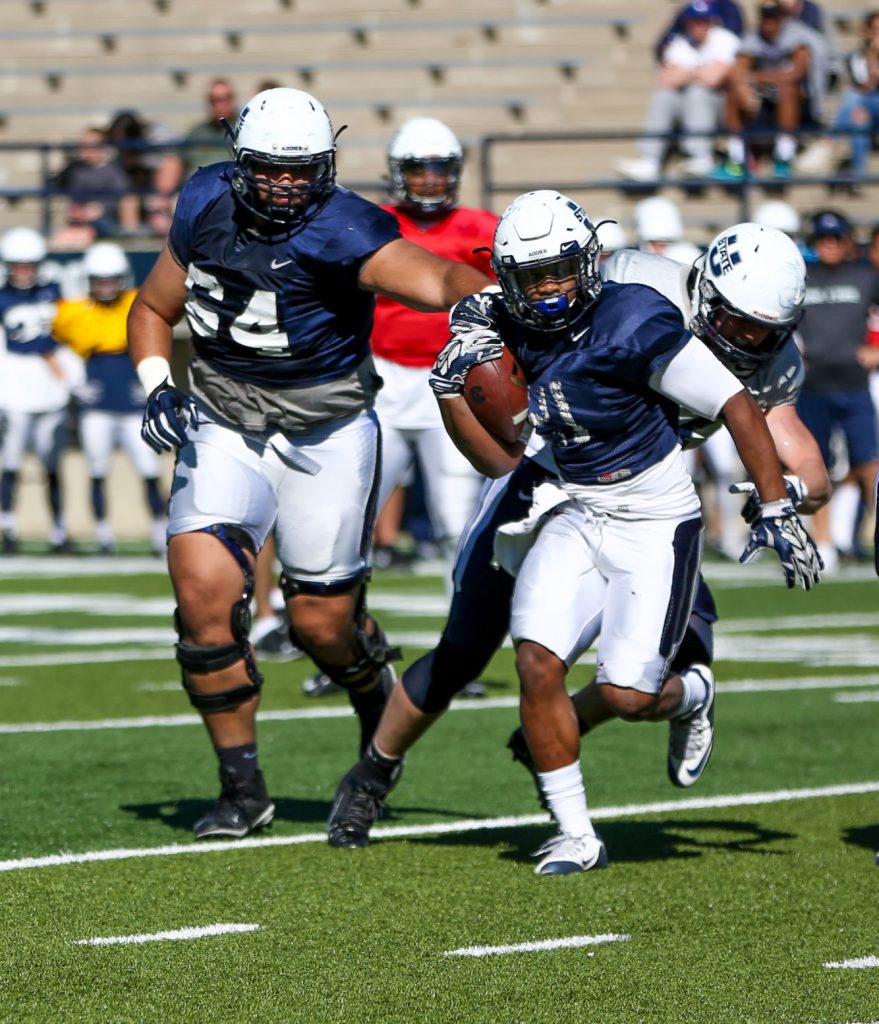 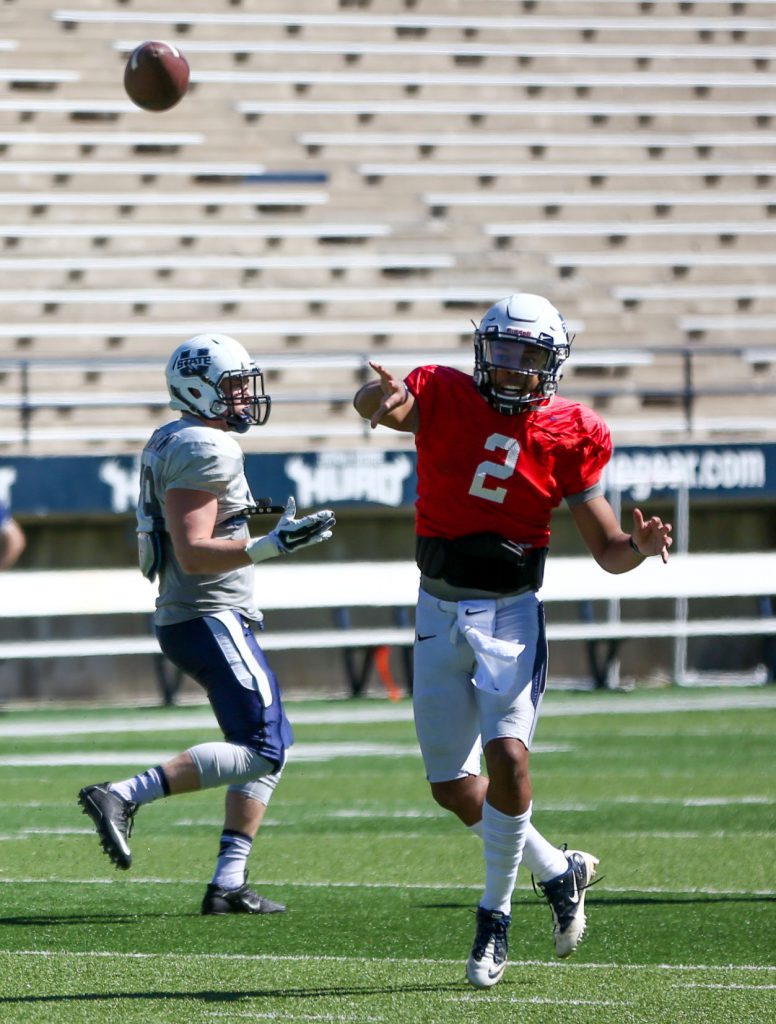 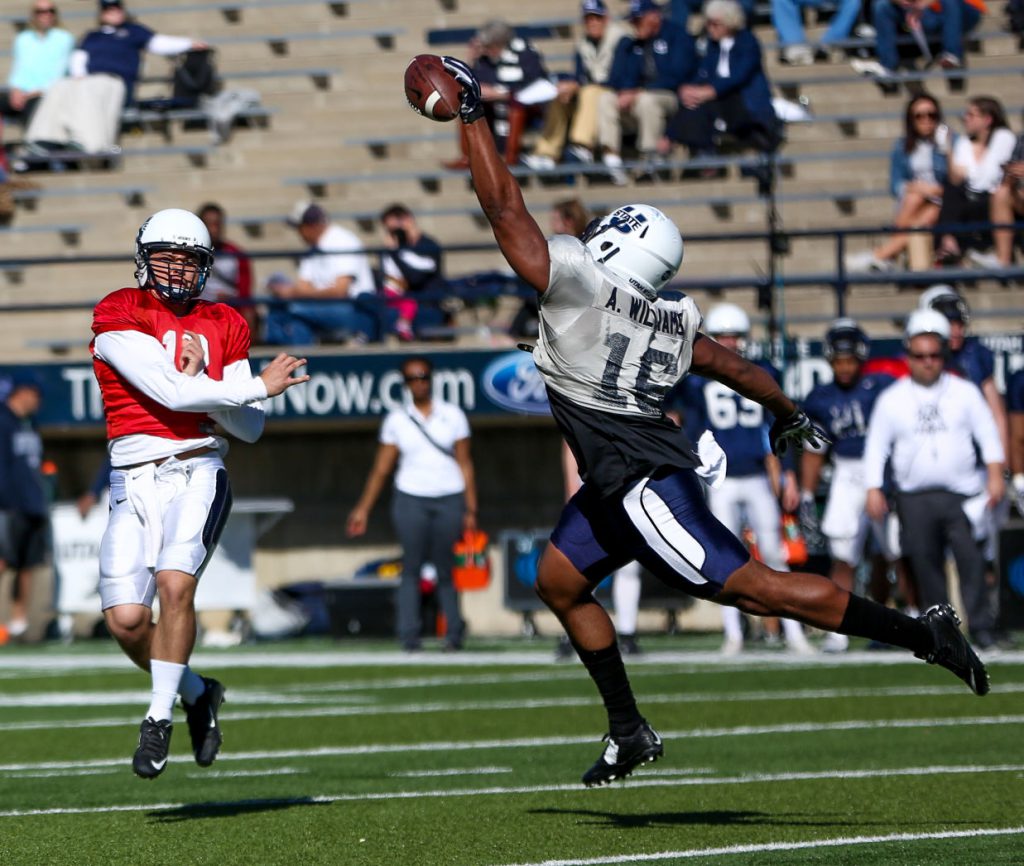 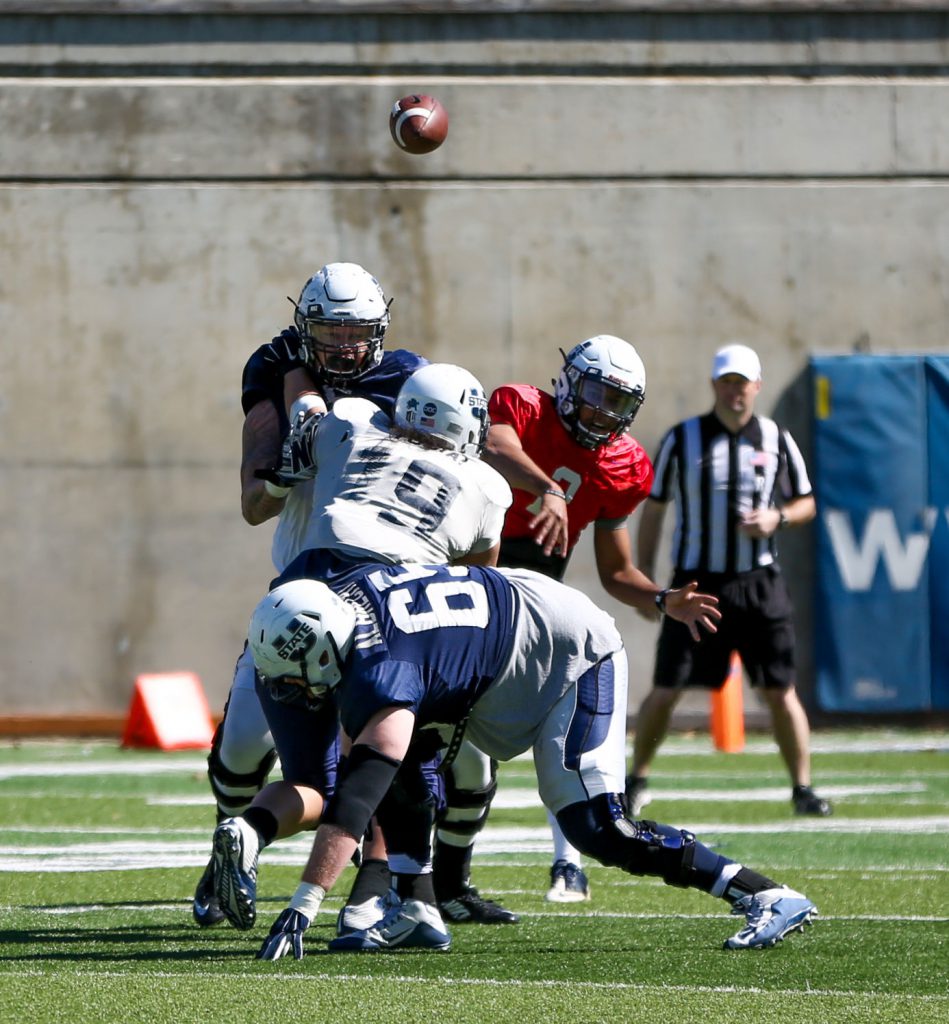 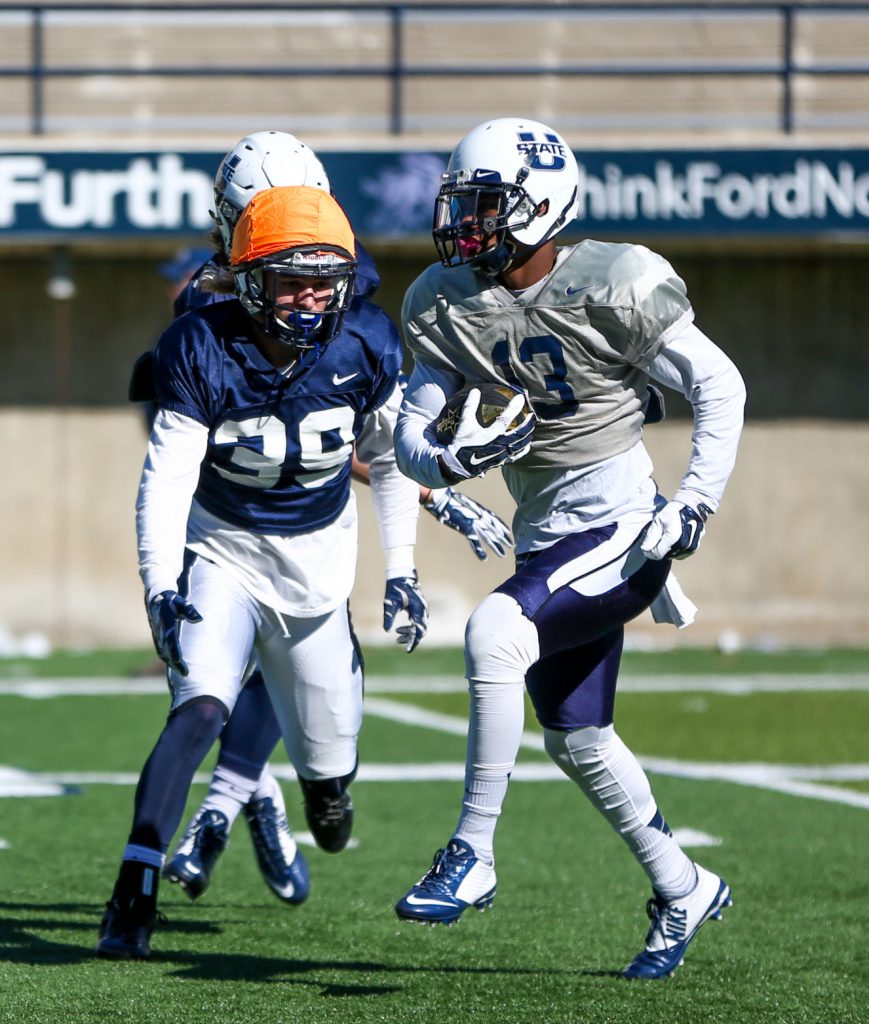 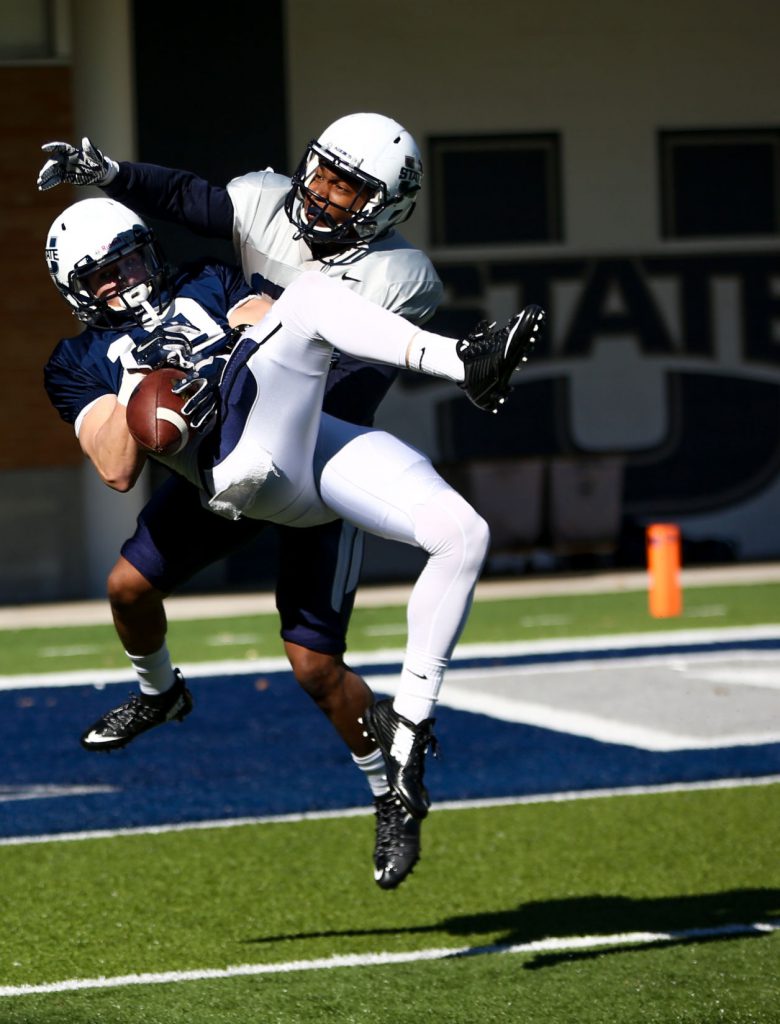 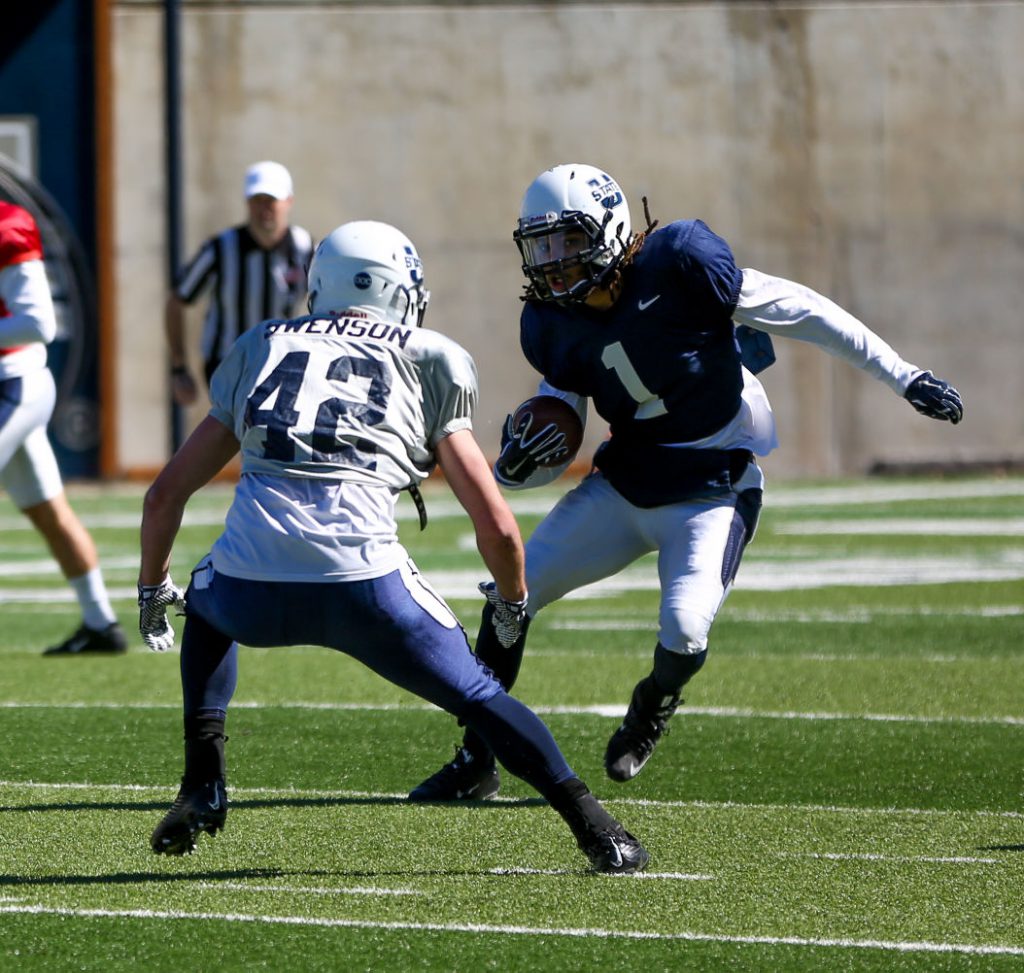 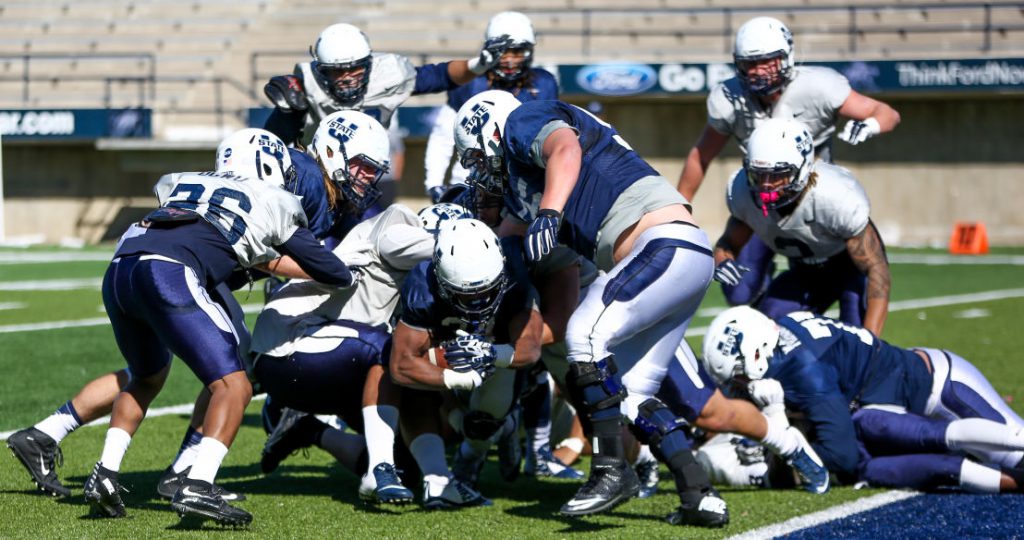 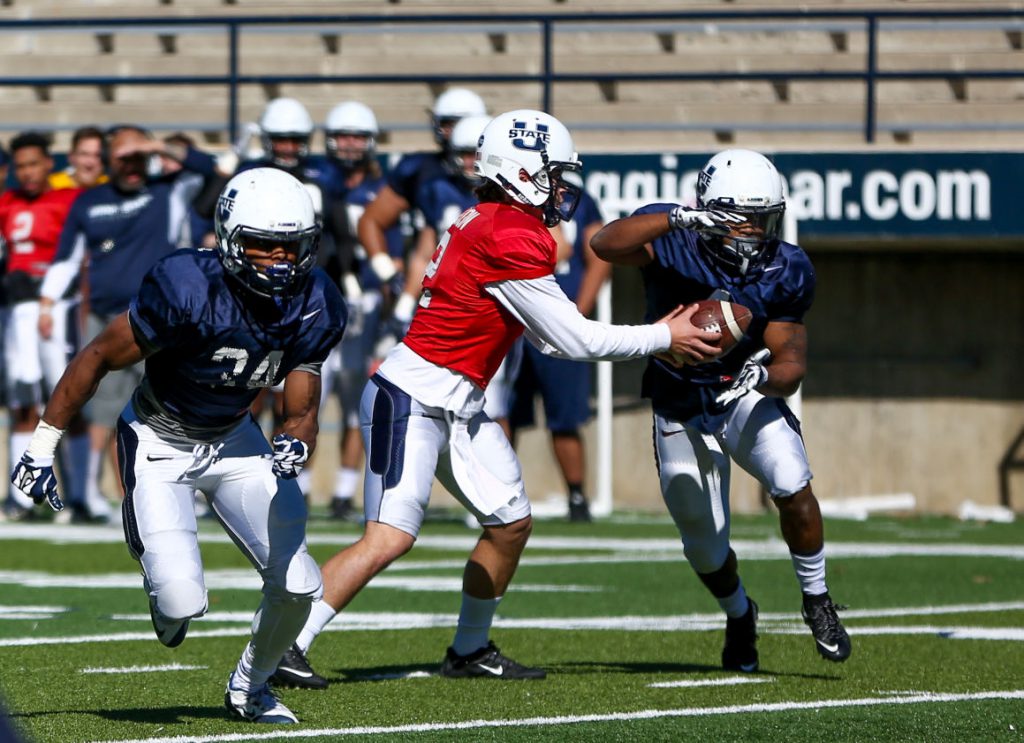 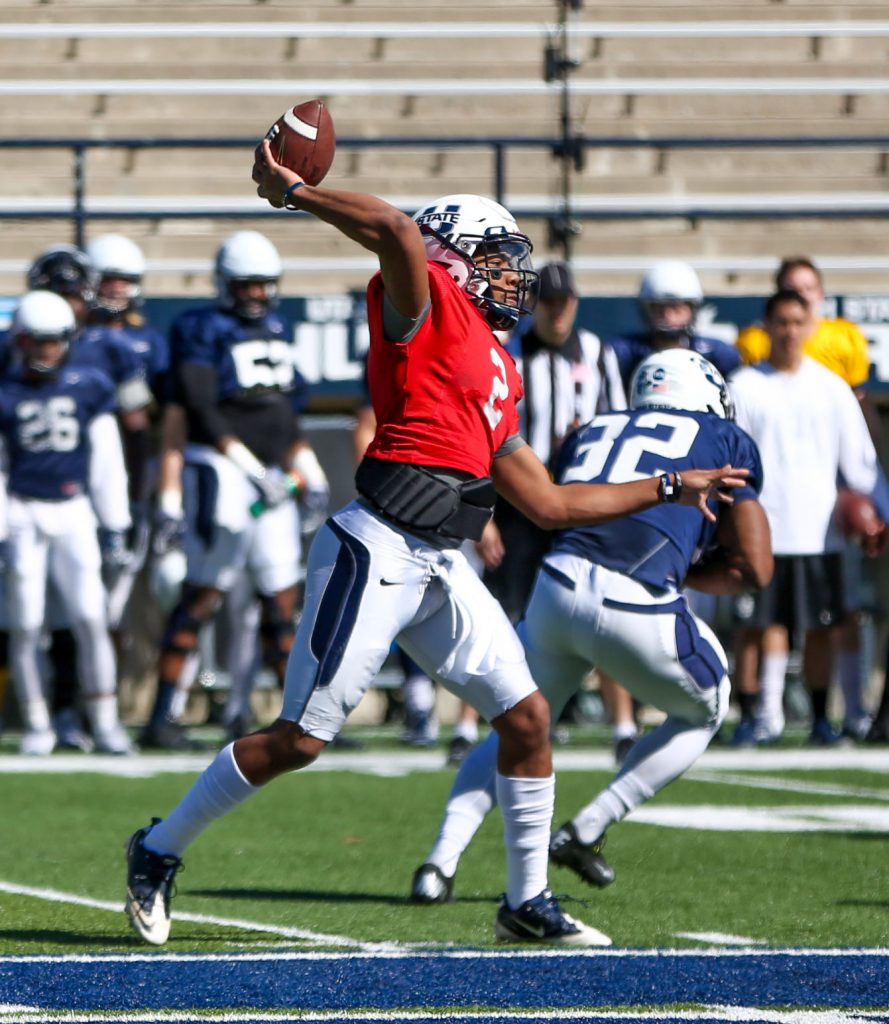 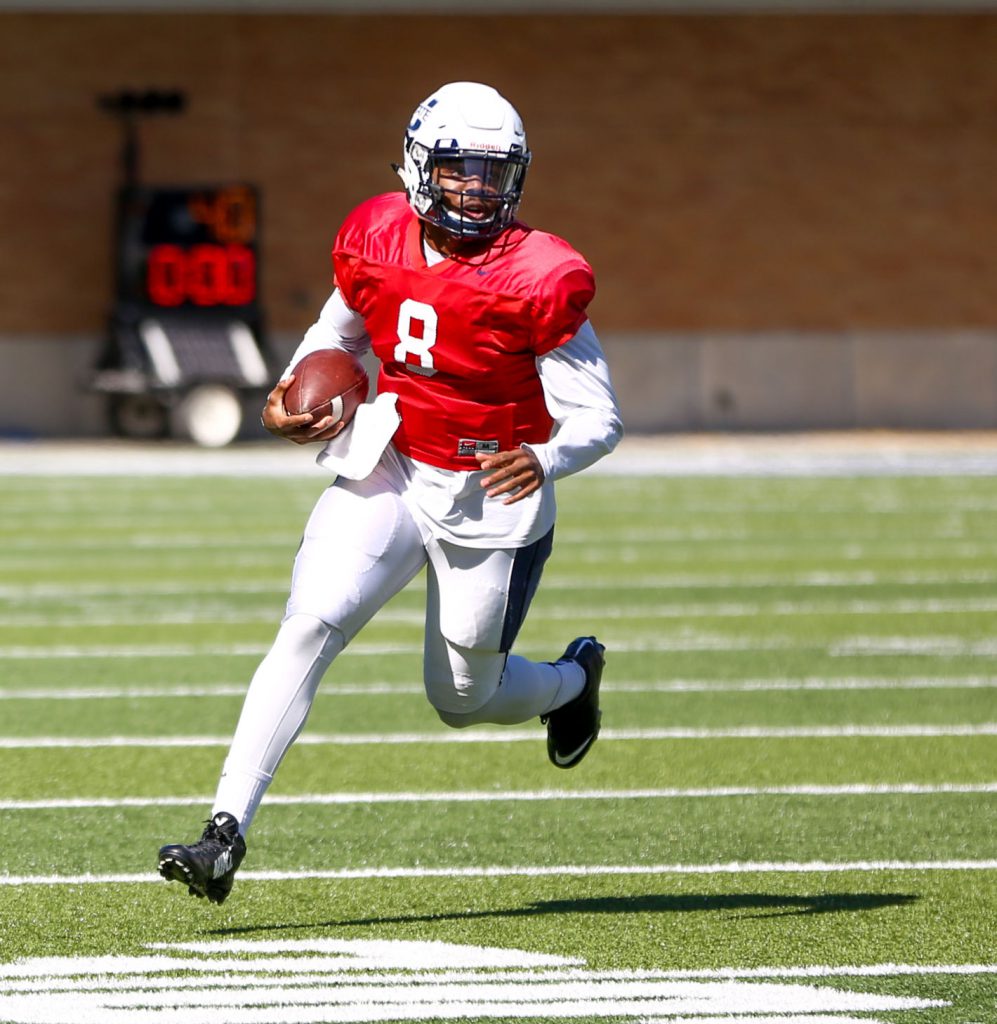 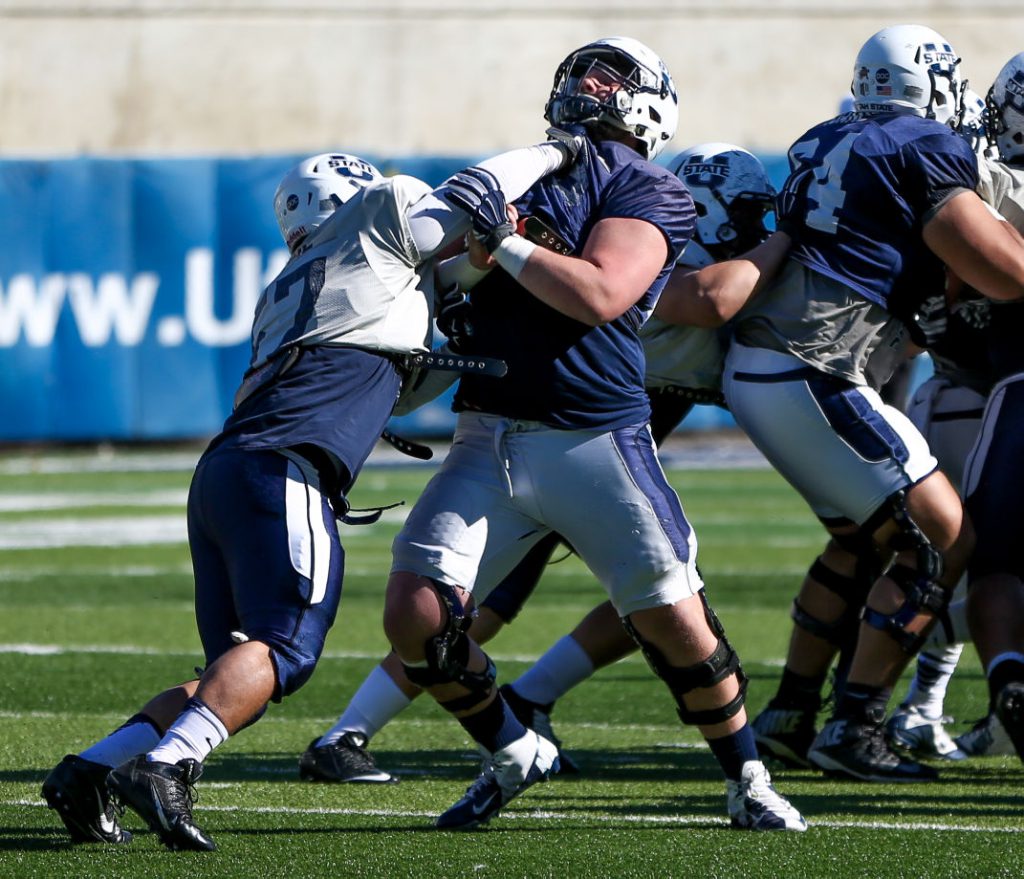 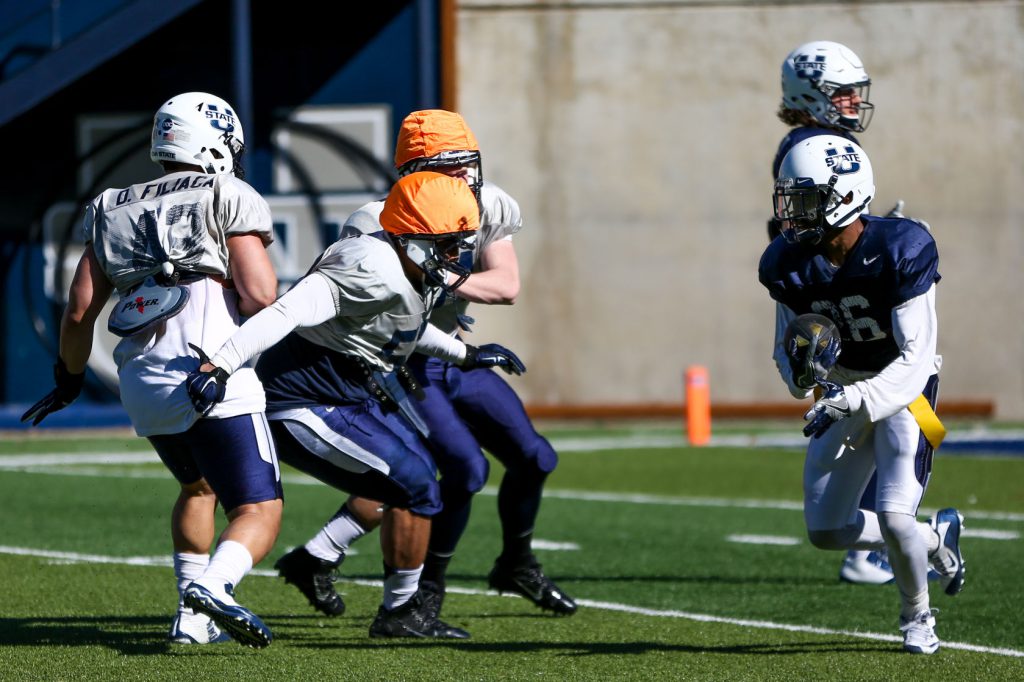 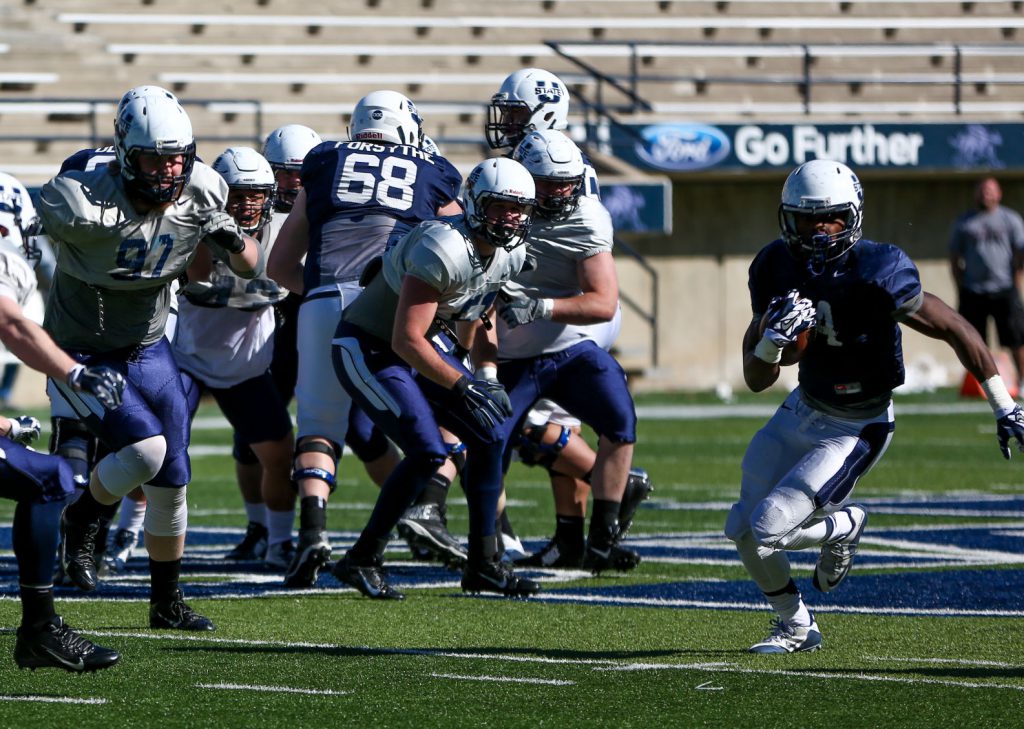 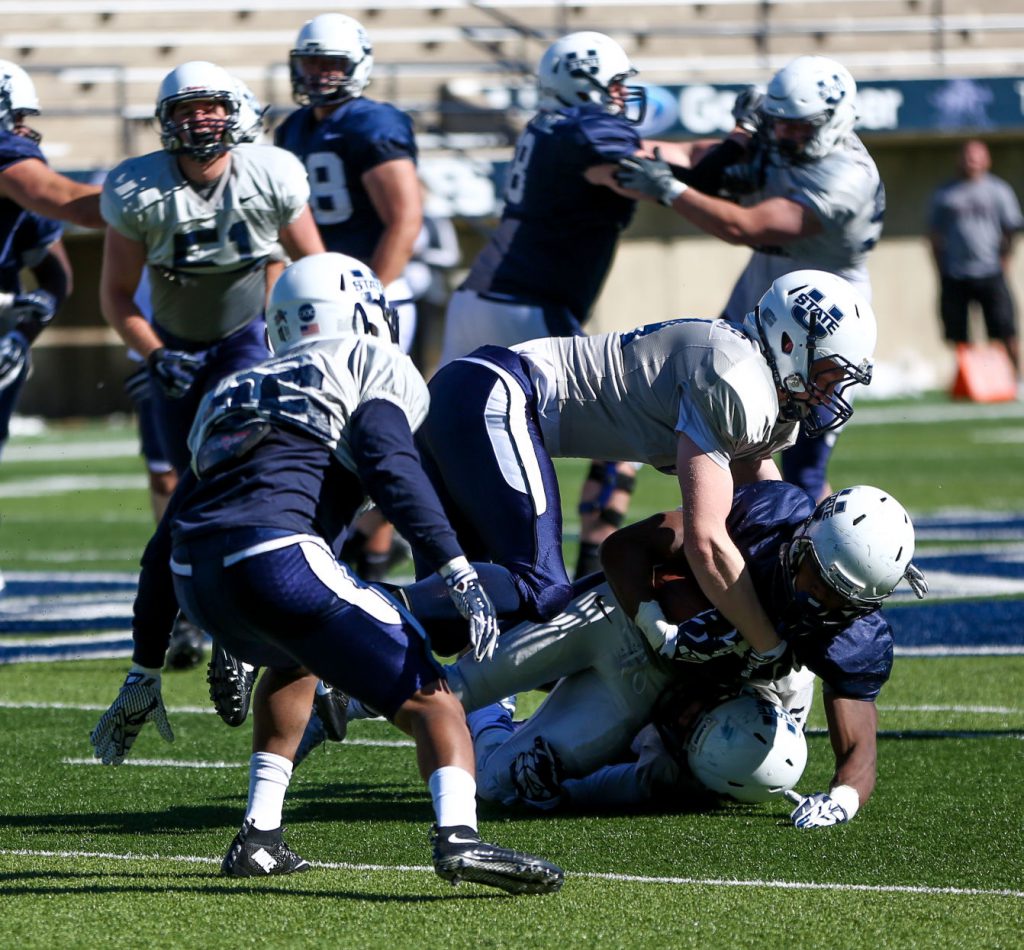 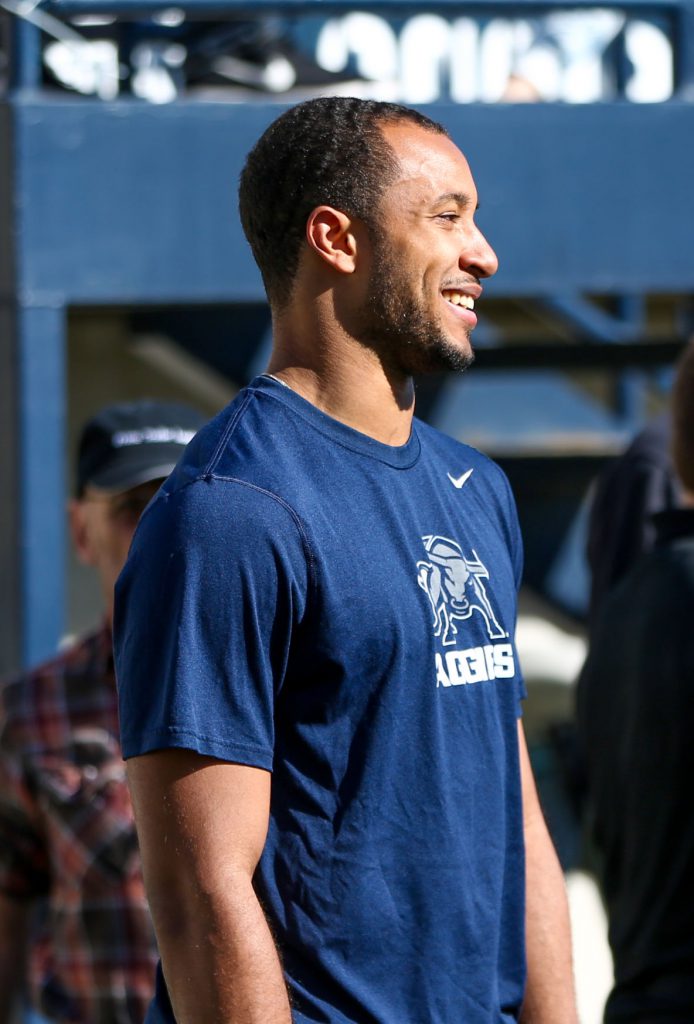 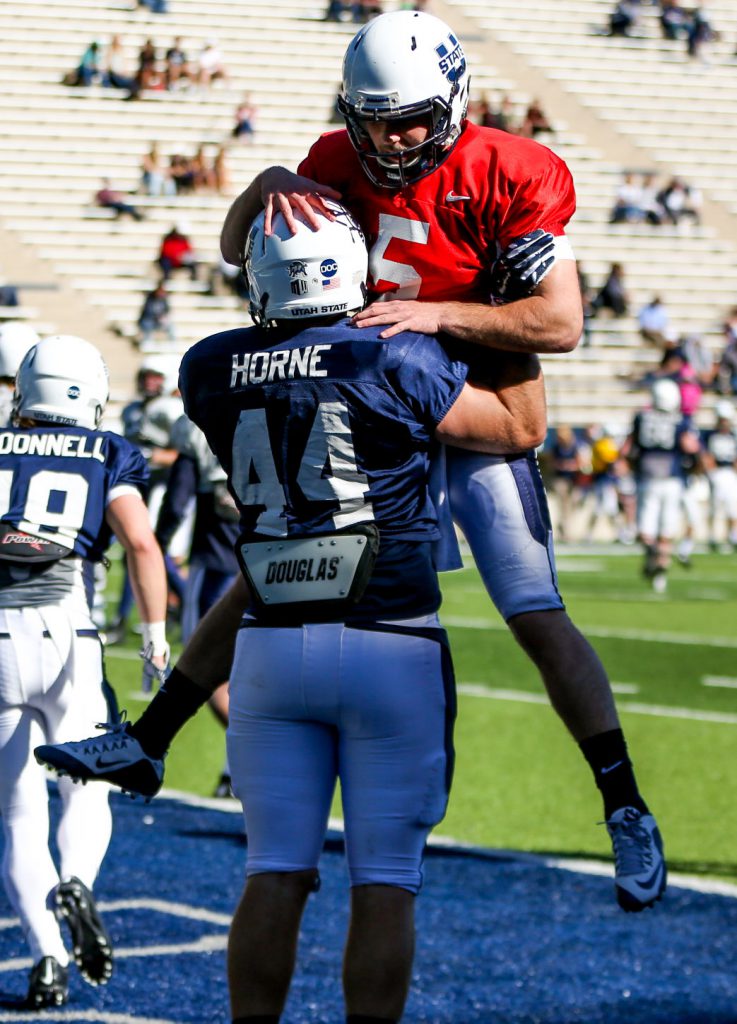 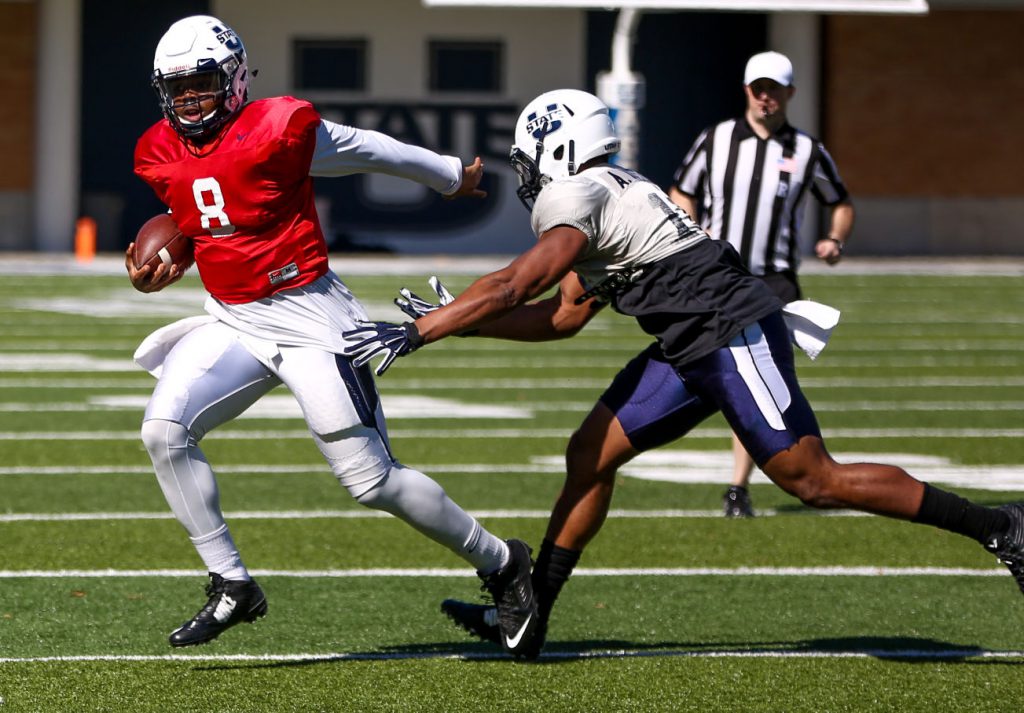 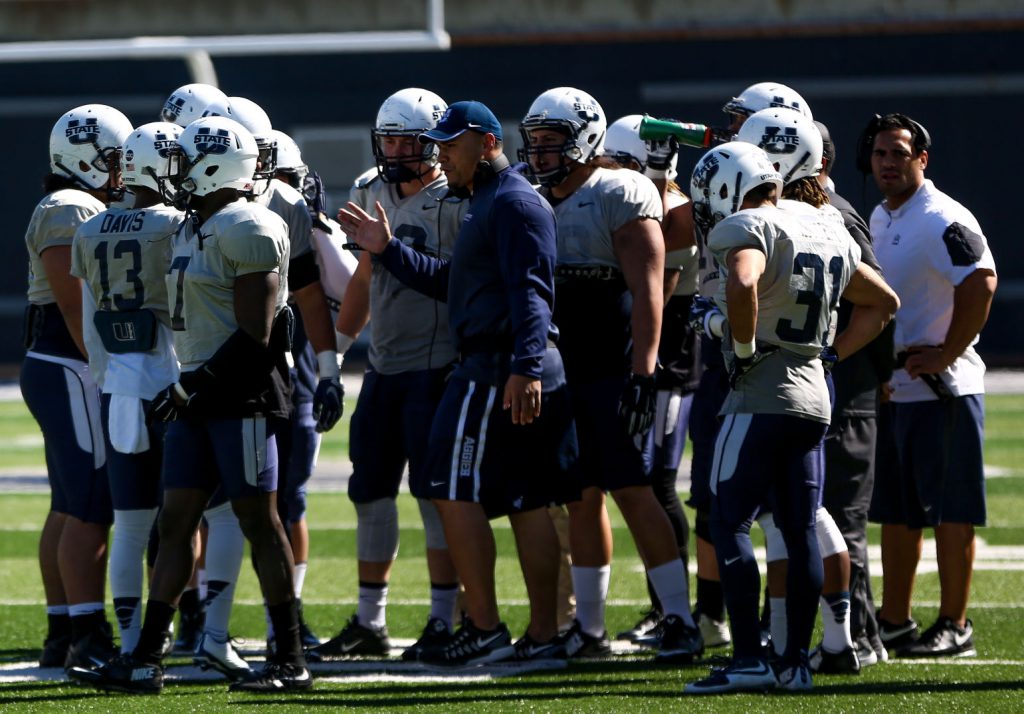 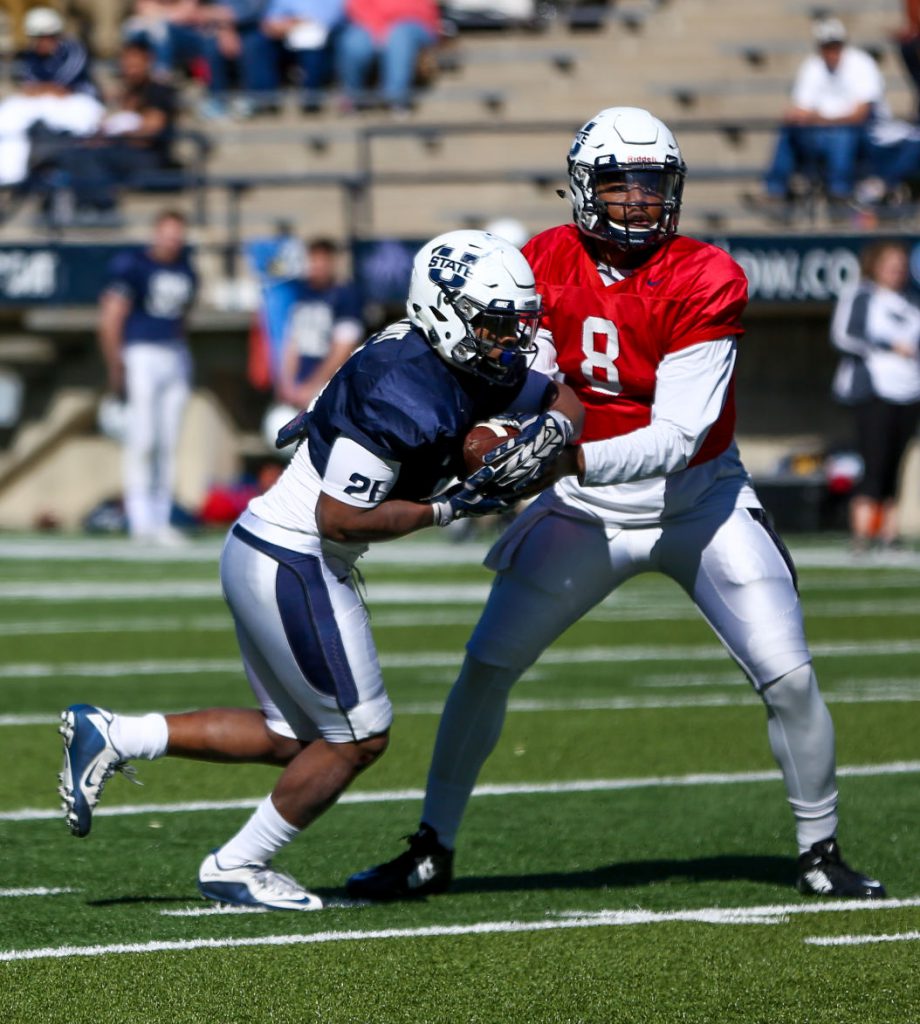