LOGAN – After traveling for seven days, through five European countries and more than 2,500 miles as part of the international “Red Bull Can You Make It?” competition, a group of three Utah State University students are back in Logan. The competition gave 165 teams from more than 50 countries the opportunity to seek adventure and travel Europe.

The catch? Each team was without personal cell phones and cash. The only available form of currency was a pack of 24 Red Bull energy drinks.

When all was said and done, Dane Cooper, Charles O’Neal and Veeko Nomaaea took third place, but for them it was never about the competition.

“It was about the adventure,” Cooper said shortly after returning to Utah. “We saw a lot of teams struggling and it was nice knowing that we were able to press on and finish and know that we made it.”

All participants were college students, but most didn’t choose a team name that represented their school. Cooper said they could have chosen a creative or funny name as well, but in the end they decided to go with Team USU.

“We felt like it would be a great opportunity to show off that we go Utah State and to show our Aggie pride,” he said.

Rather than a simple race across Europe, teams were awarded points for things they accomplished. Points were awarded every time a team did something adventurous, had their posts shared on social media or arrived at one of the many checkpoints spread through the continent.

After a week of trading cans of energy drinks for food and transportation, each team had until 2 p.m. Tuesday to get to the Eiffel Tower in Paris. Cooper said with just three hours left they were only 30 minutes from the finish line. Many of the other teams were already done and relaxing, but Team USU was hard at work trying to get as many points as possible. They crossed the finish line at 1:55 p.m., just five minutes before they would have been disqualified.

“Might as well end strong,” Cooper said. “It was better than just laying down underneath the Eiffel Tower. Yeah, it’s beautiful to see the Eiffel Tower, but it is nice knowing that we kept working hard until the end.”

That effort was good enough for a first place finish in the adventure category.

“We destroyed everyone in adventure,” Cooper said. “The first day we had already gone skydiving and surfing, the other teams were just trying to get out of the city.”

With six hours remaining in the competition Cooper said his team was leading in the social media category as well, but another team leapfrogged them right before it ended. He gave credit to everyone back home for their help in sharing social media posts.

“We had 250,000 social media shares, likes and comments … that’s how much social media we were able to pull,” he said. “We had so much help from our families and our friends.”

Cooper said traveling with no money was difficult, but they made it work. Most of it was done by train.

Nomaaea brought extra advantage to Team USU. He served an LDS mission in France, which not only helped him learn the geography of the country, but the language as well.

“When we got into France, Veeko did wonders,” Cooper said. “Being able to speak that French language really helped us out. We could get through checkpoints a lot faster. We could go on the side of the road and we could talk to someone to ask for directions, we could find out the fastest way to get there.”

Cooper said with exception to his own LDS mission, it was the most difficult thing he has ever done. He said the team tried to let everyone back home know that they were having a good time, but also that they were working hard to win.

“We tried to do the most adventurous and crazy things we could,” he said. “You might as well while you’re there and have good memories.” 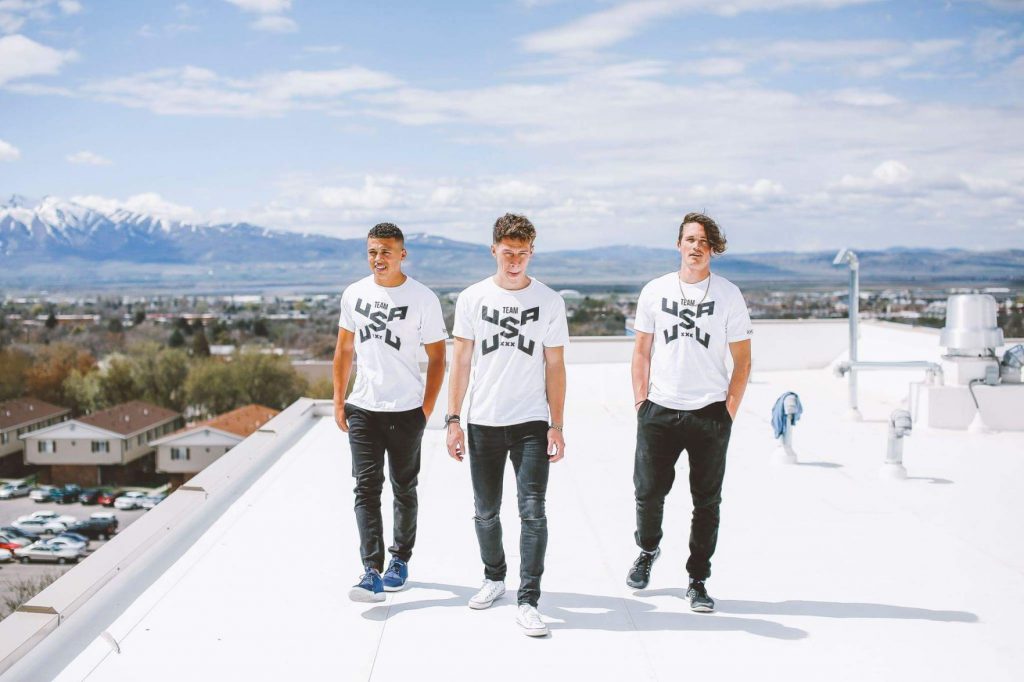