Police outside Shane Hallstrom's home at 160 South 380 East in Smithfield.

SMITHFIELD — Police have released additional details about Thursday afternoon’s homicide including the identity of the victim, 58-year-old Calvin Leon Hallstrom.

“We believe that Shane and Calvin were planning to make arrangements and meet at incident address, to spend the evening together,” said Allen. “When Calvin arrived at the home, he met Shane outside of the home.

“At some point prior to them leaving, Shane produced a knife and proceeded to stab Calvin in the neck multiple times.”

When officers and deputies arrived at the home they found Calvin lying at the entrance of the driveway, unconscious and bleeding heavily from the neck. He was transported by ambulance to Cache Valley Hospital where efforts to save him were unsuccessful, and he was later pronounced dead.

Allen said the suspect, Shane, was kneeling in the roadway just a few feet away from Calvin. Officers took him into custody for questioning. He was reportedly subdued and unwilling to speak to investigators.

“What officers observed was, what they described as a blank stare (on Shane’s face). I guess you could say the thousand yard stare.”

The stabbing occurred at Shane’s residence where he lived with his mother, Calvin’s ex-wife. The two reportedly divorced in 1994.

Allen said when officers searched the suspect’s home they found a knife believed to be the murder weapon inside the kitchen.

A motive to the attack has not been established at this point and charges are pending the ongoing investigation.

Thursday’s homicide marks another tragedy for the Hallstrom family within the last seven months. In October 2015, Calvin’s transgender daughter and Shane’s sister, <a href=”http://www.cachevalleydaily.com/news/local/article_dda9b6ec-72a3-11e5-93ad-abba099d8d8f.html” target=”_blank”>Ashley Hallstrom, committed suicide</a> by stepping out in front of a semi-truck on US 89/91. 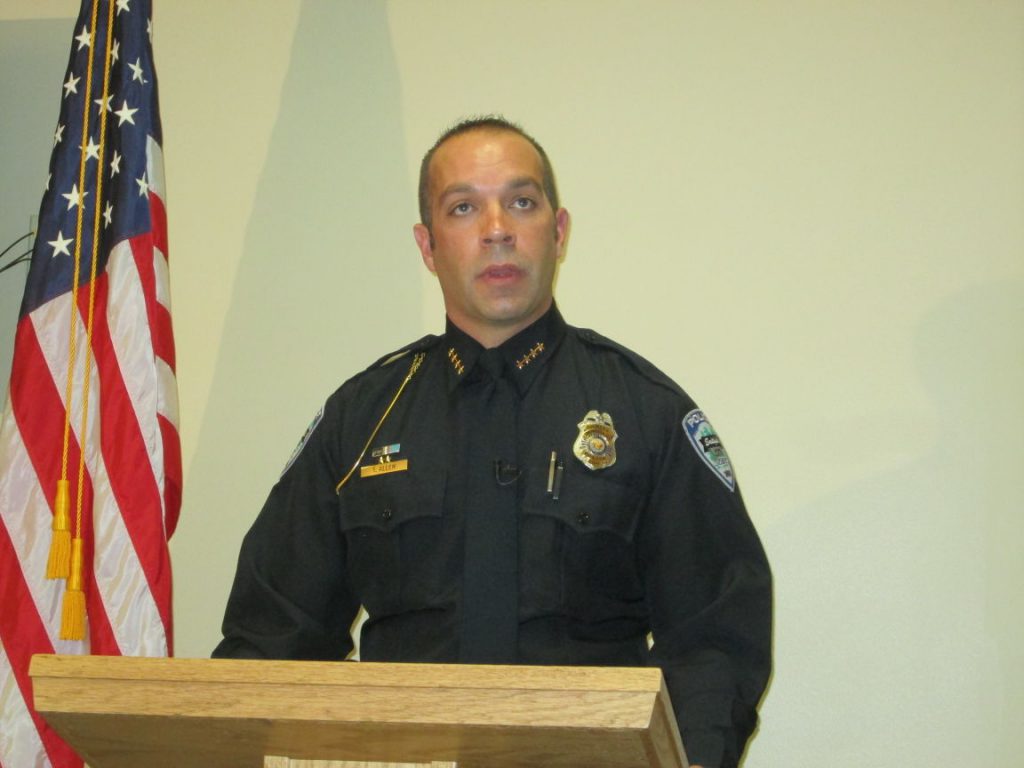