Newton’s laws of motion were demonstrated in song, video, dance and literally off-the-wall fashion Friday at Mount Logan Middle School. The traveling production of FMA Live! <em>Forces in Motion</em> made a stop at the school to not only illustrate how those laws of physics affect us in every day situations, but also to inform the students about science and technology careers.

“FMA Live! was created by Honeywell and NASA in 2004,” says performer John James, “to basically focus on science, Isaac Newton’s three laws of motion, and to promote science, technology, engineering and math to middle school-aged kids.”

Named after Newton’s second law of motion (Force equals Mass times Acceleration), <a href=”http://fmalive.com” target=”_blank”>FMA Live!</a> uses a large stage, video screens, hip hop, flashing lights, and practical physics demonstrations (though sometimes taken to extremes). Students and faculty were called up to help demonstrate each of Newton’s three laws of motion in entertaining ways, including dressing up in Sumo wrestler suits, jumping onto a velcro wall, and trying to kick an extremely over-sized soccer ball. The school’s science teacher also got doused in apple sauce during one of the presentations.

“You have to put it on a major scale. What Honeywell and NASA thought would be great,” James continues, “is to take something that can be intimidating, like science or physics, and make it something fun, make it something relatable to things they do on an every day basis like listening to music, watch dance or dance themselves.

“We get them involved. It’s an interactive show so the audience is the fourth cast member on stage. We pull the students in, we pull the teachers in and they can realize that science and technology and engineering and math (are) all around them on an every day basis.”

Honeywell was recognizing that America has been falling behind when it comes to students’ interest in technology, science, engineering and math. That’s why they partnered with NASA to create the entertaining program that can be taken around the country to inspire students to take a greater interest in STEM subjects.

“This is time to stimulate that thought, that it’s all around us and it’s easier than you think. We are demystifying everything involved with that.”

James was also very complimentary of the reception his production received at Mount Logan Middle School.

“They are amazing…the energy is great. It’s always a reward to see the response from the kids and see them, for once, getting excited about science.”

Honeywell reaches out to schools to host the program and some schools also reach out to the organization to have FMA Live! make a visit to their school. James says FMA Live! has been performed more than 1,100 times in every state, excluding Alaska and Hawaii, and has even performed in Canada and Mexico. The organization also provides materials and video demonstrations that schools can use in class.

“A lot of the demonstrations that we do they can incorporate, sometimes even subconsciously in their mind, with what they do,” says James. “With the athletes in the audience they can apply the laws of physics in the sports they play.

“But at the same time we also have the career-driven aspect of it. That is so these middle school-aged kids have the tools and skills needed to pursue jobs in the 21st Century involving all of those subjects.”

Isaac Newton’s three laws of motion haven’t changed since first discovered in 1687, but the show has adapted over the last 12 years to stay contemporary with music, dance and even style of clothing for the performers. FMA Live! was performed three different times at Mount Logan Middle School Friday and had been performed at other schools along the Wasatch Front earlier in the week. 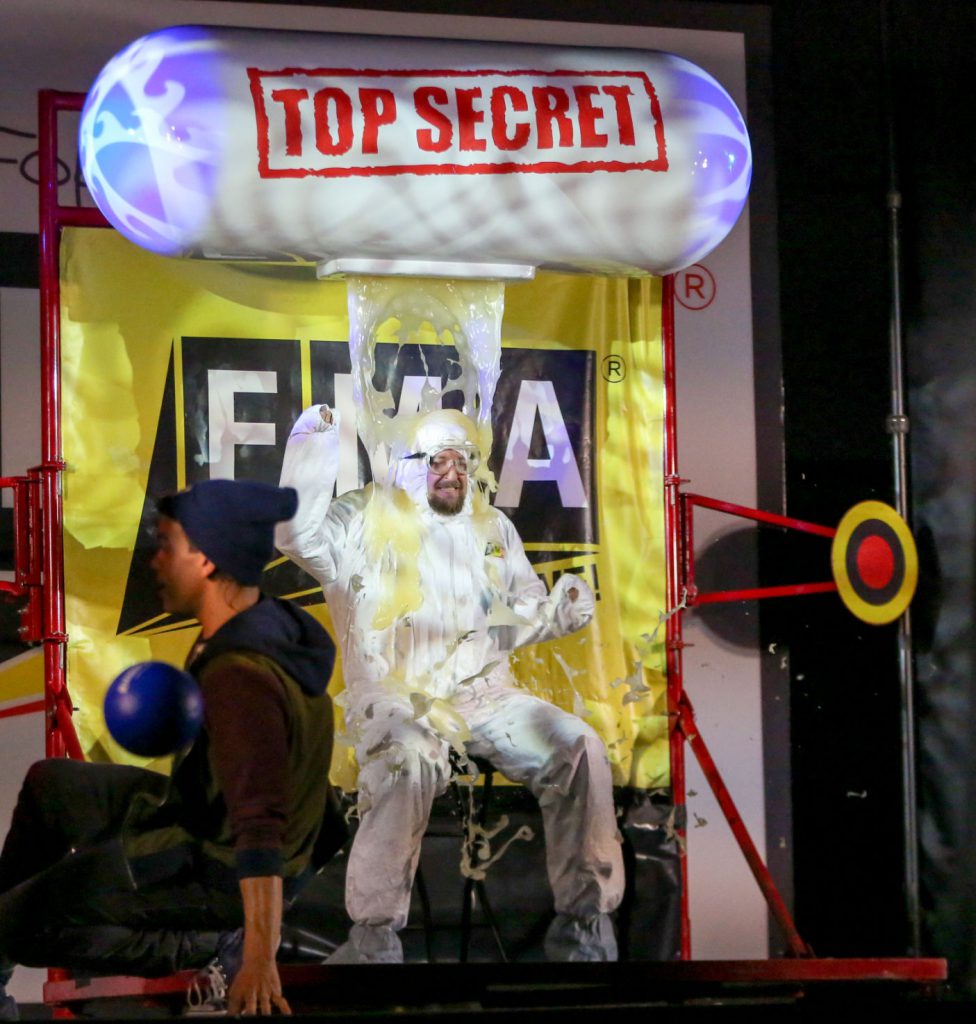 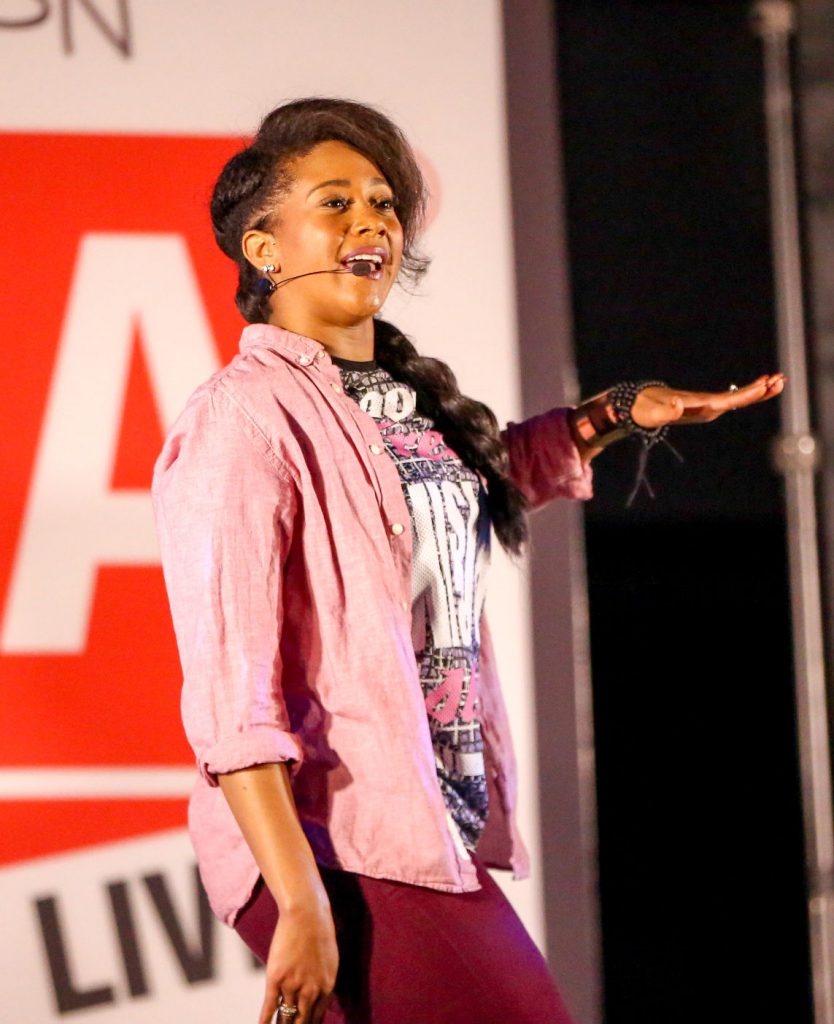 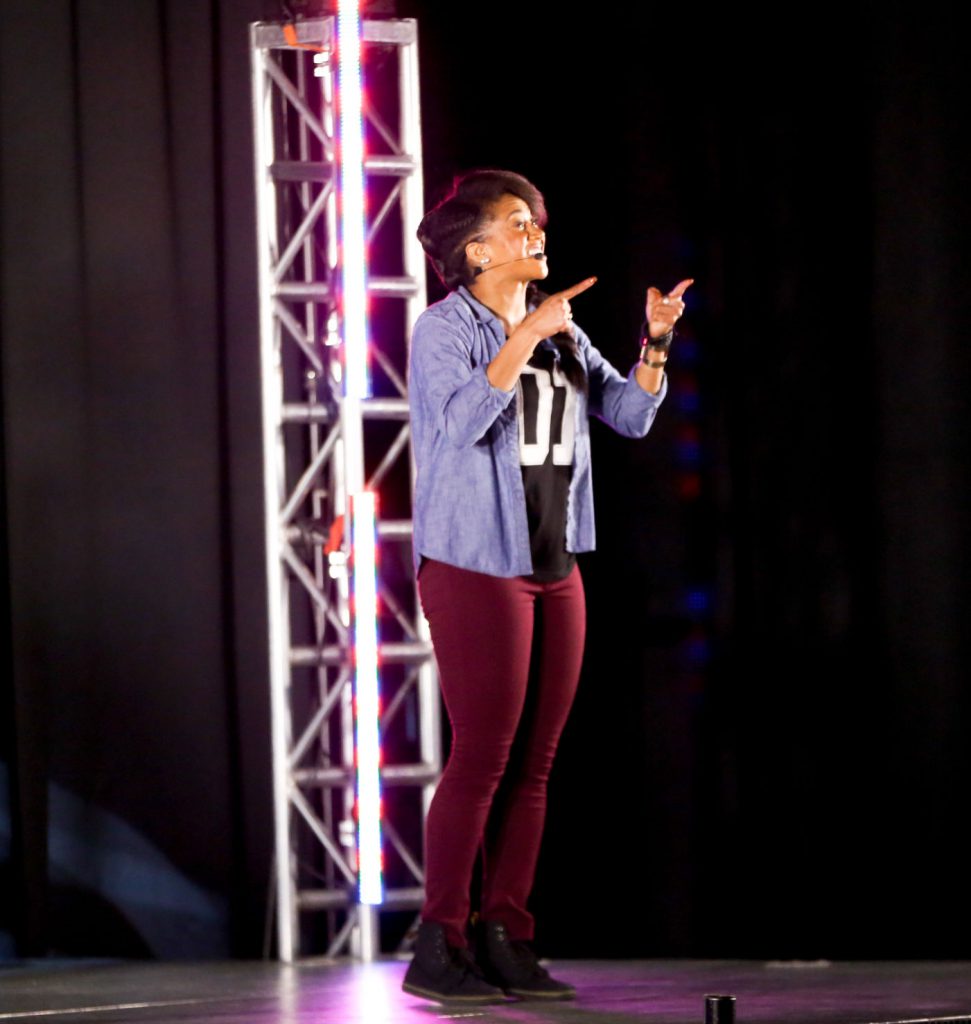 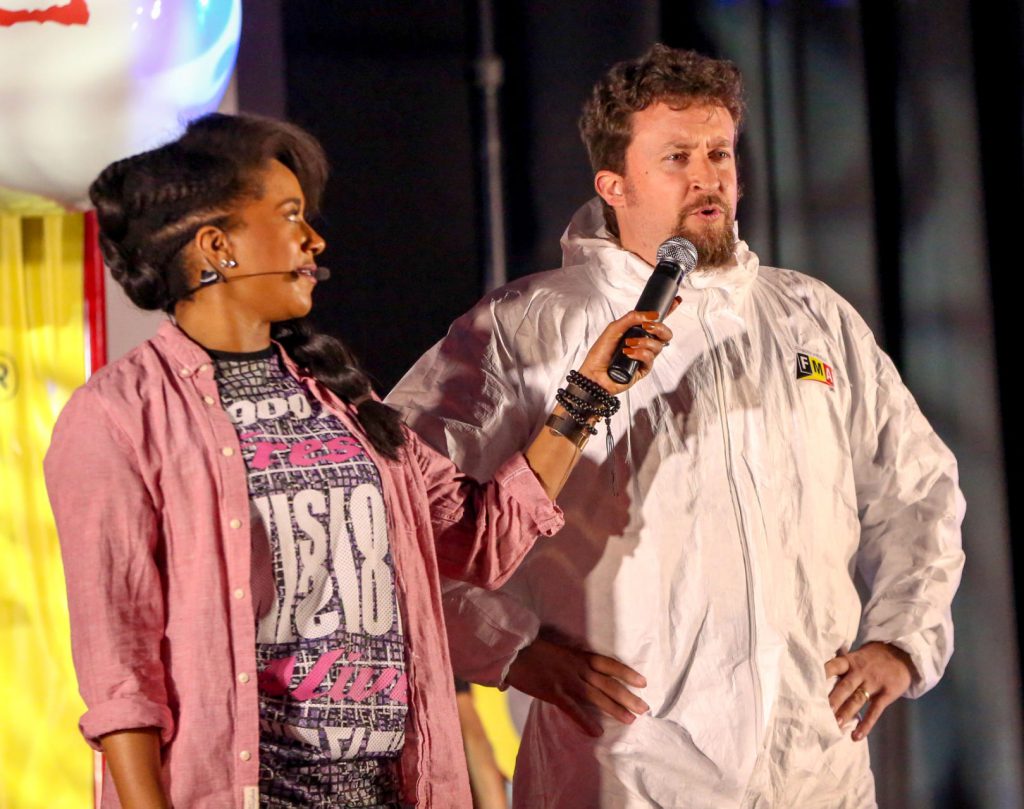 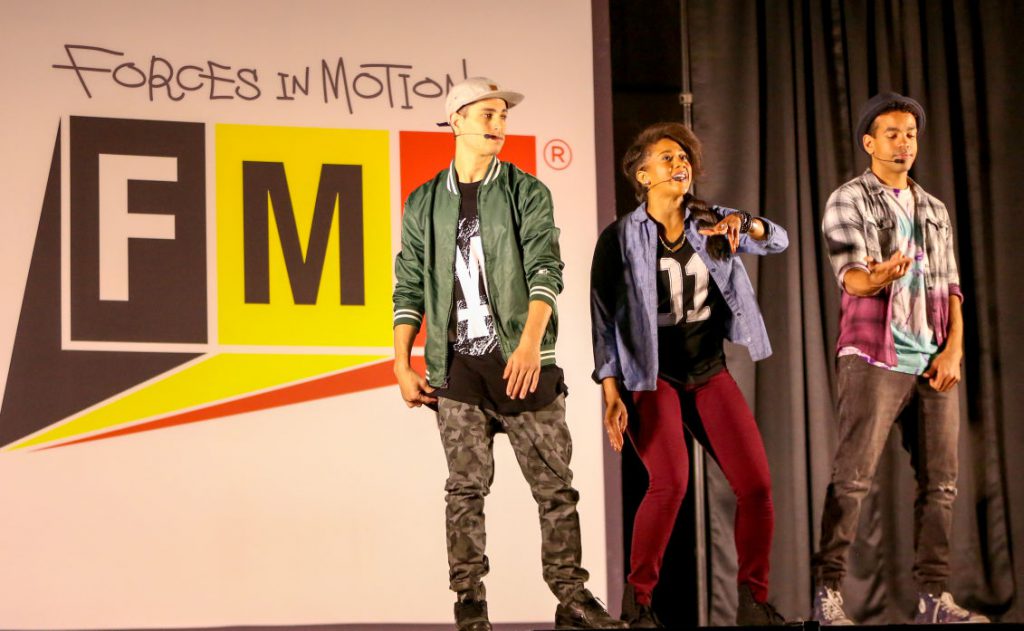 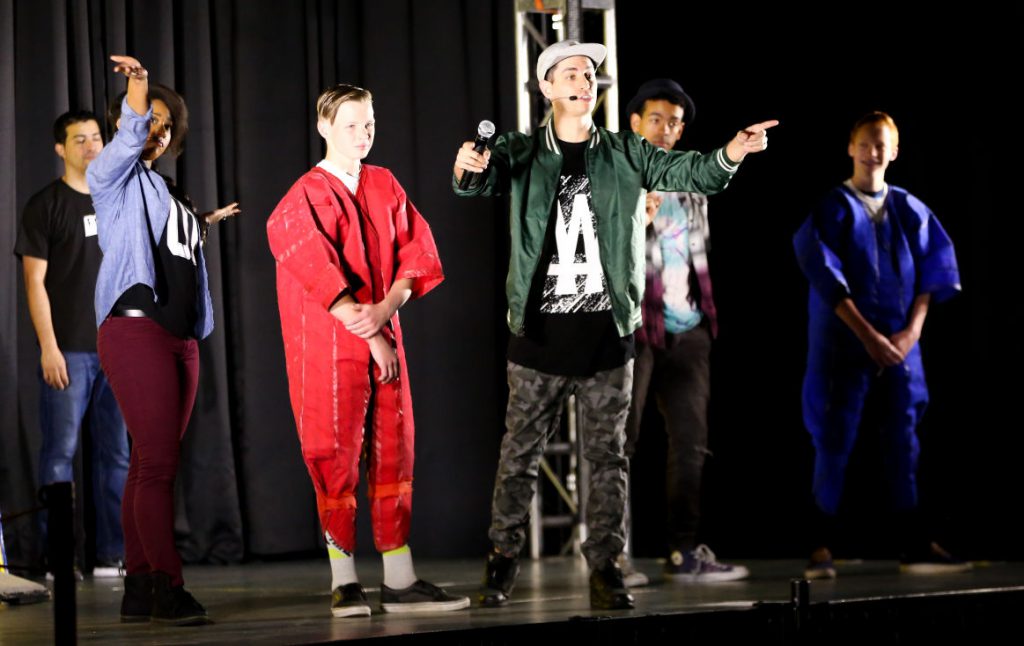 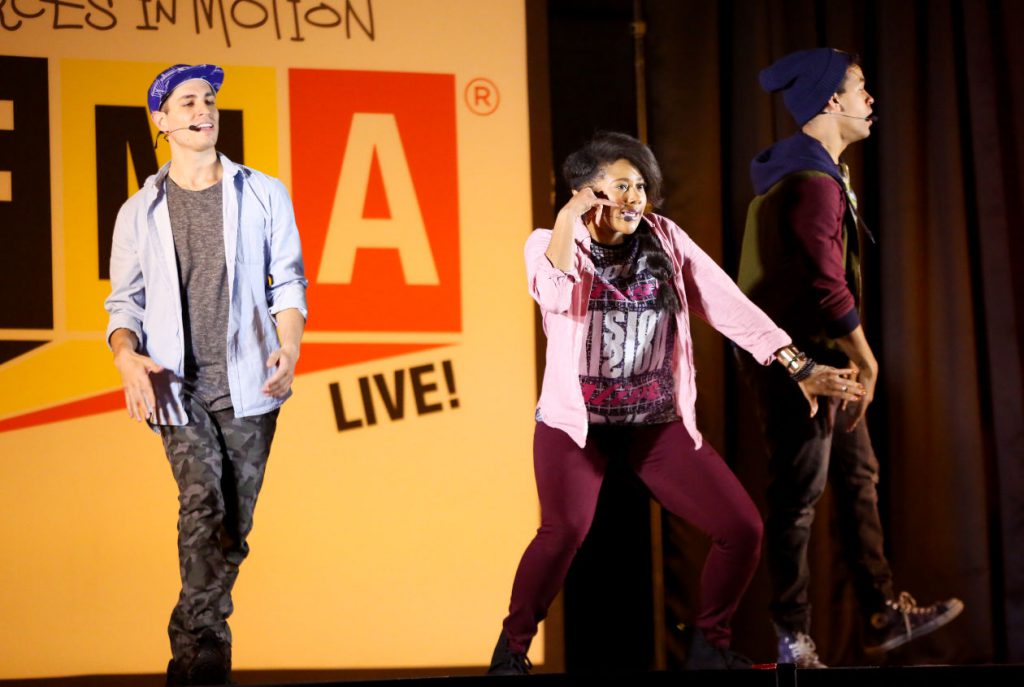 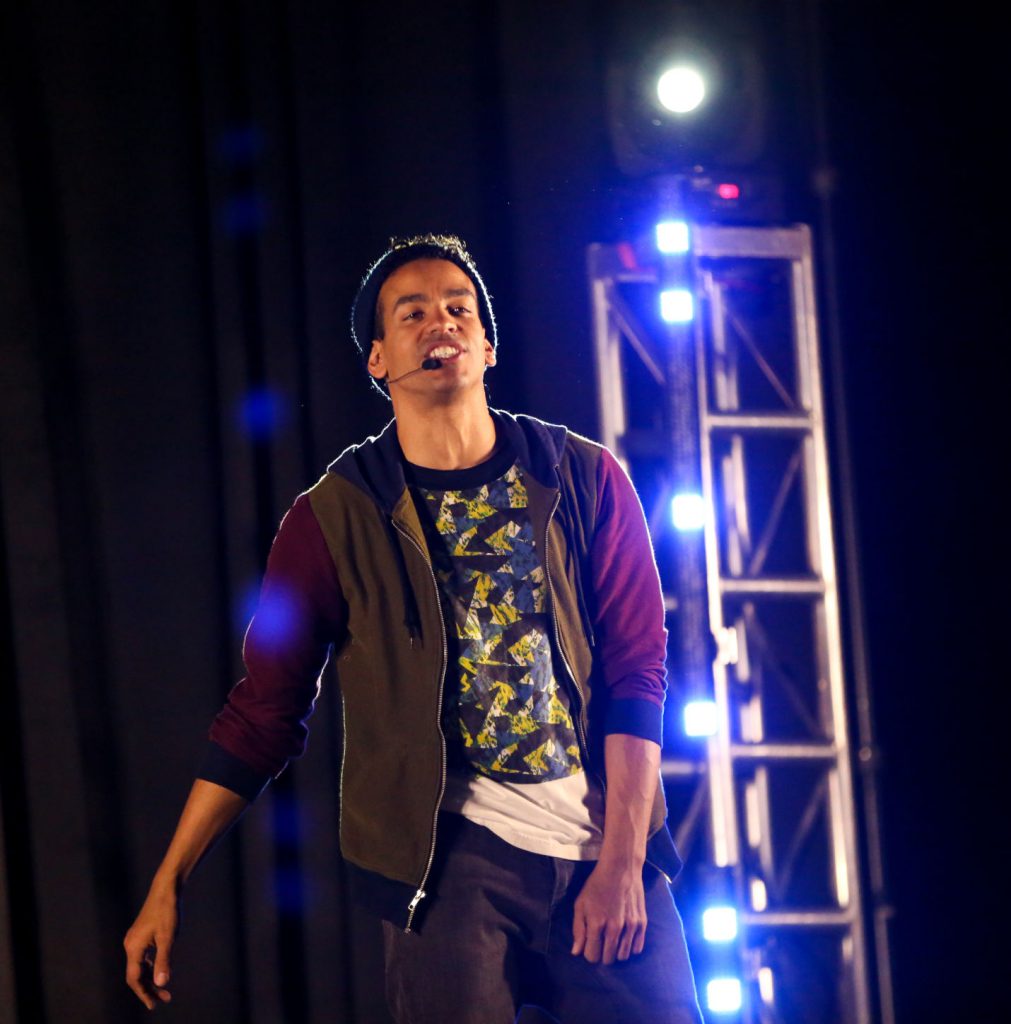 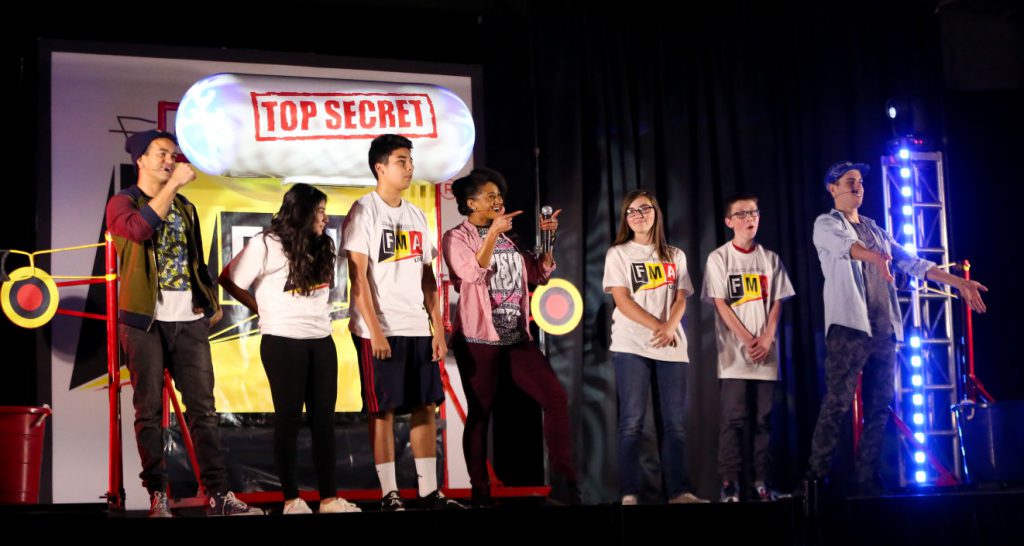 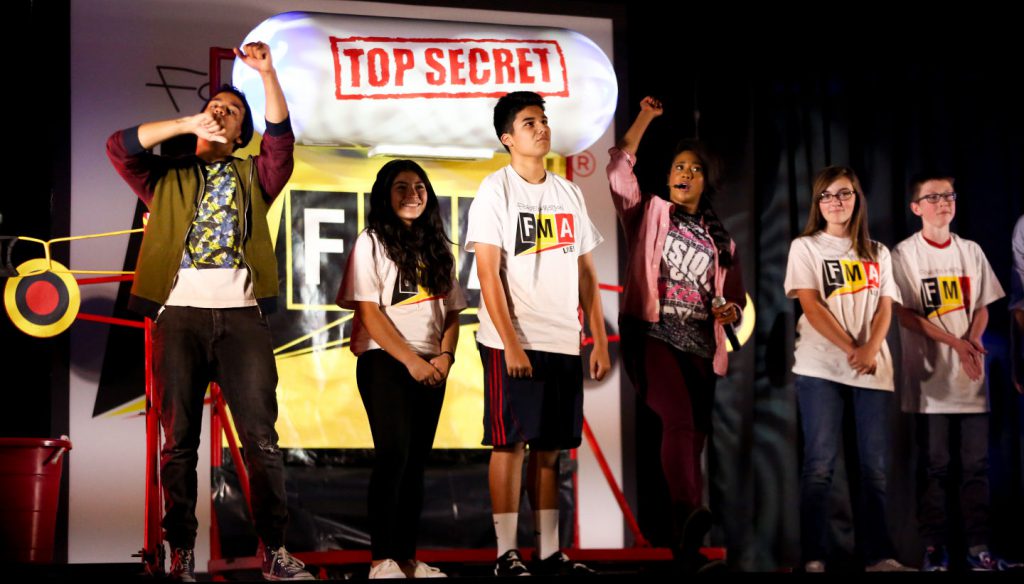 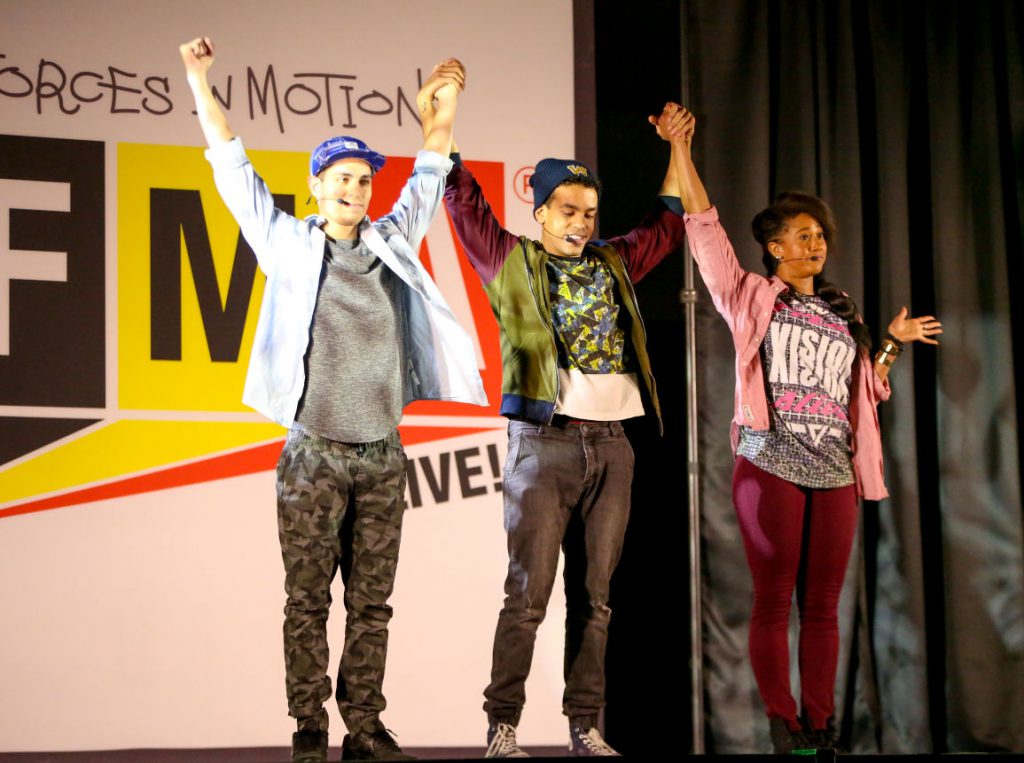 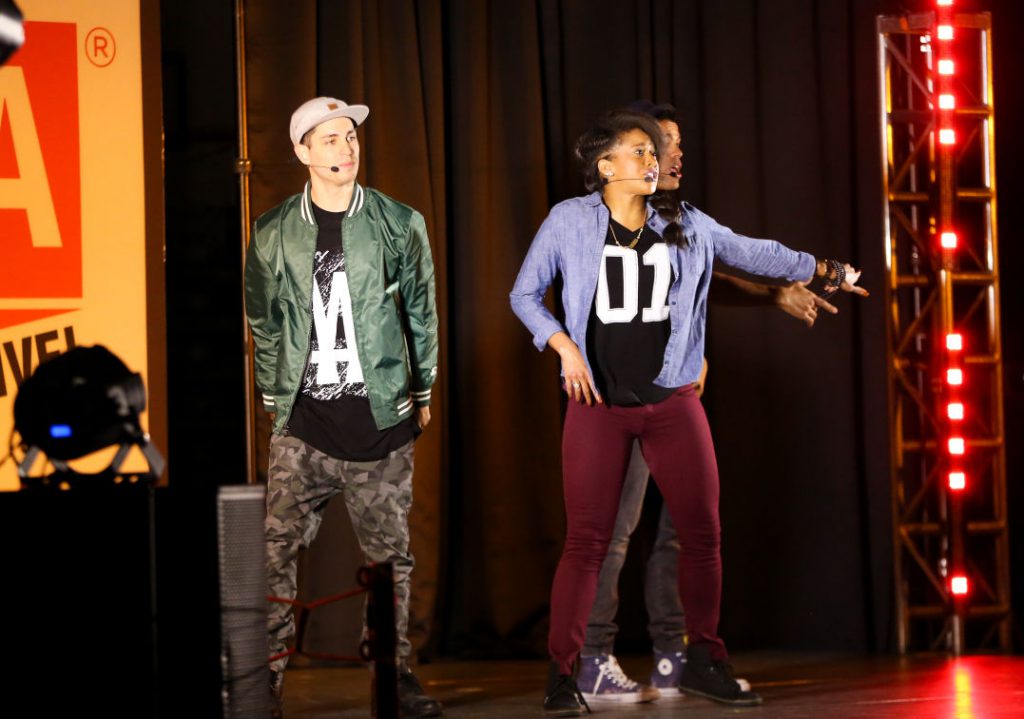 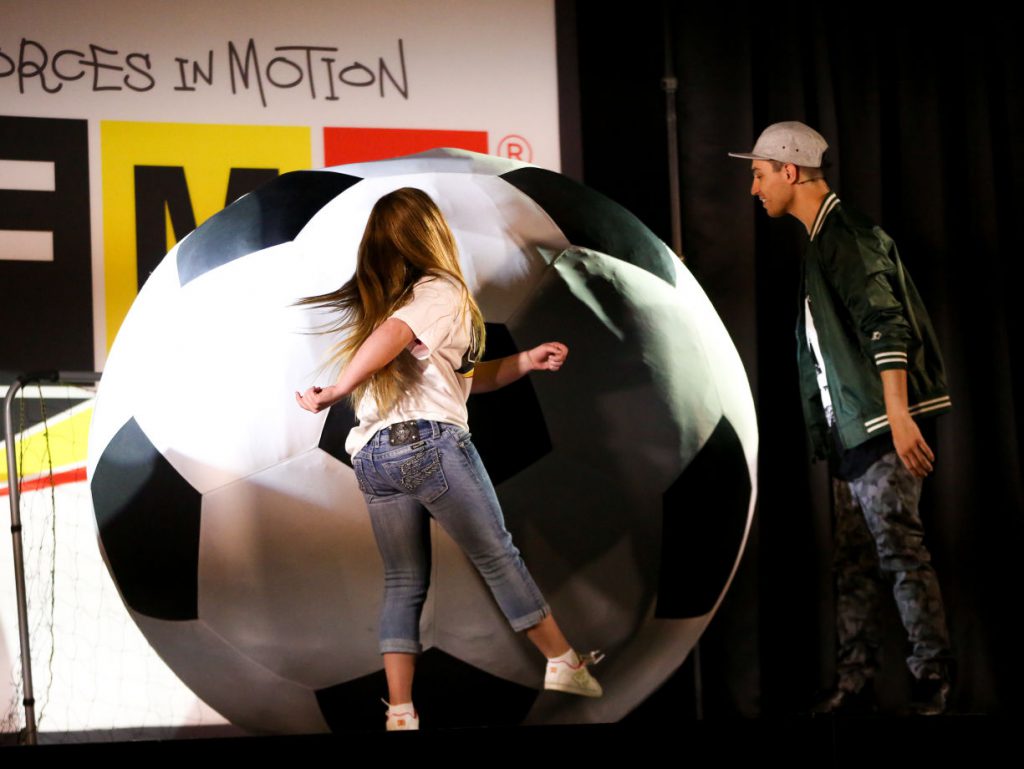