Cache County Deputy Doug Thorson standing behind Sheriff Chad Jensen, as he was awarded the "Deputy of the Year Award."

Jensen said the evening’s dinner and ceremony was also to pay tribute to all of his staff that serve the citizens in Cache County.

“It was to celebrate the successes that they have in their careers, and they are the face of law enforcement in our valley,” said Jensen. “I mean, I am the elected official and I go to meetings, I do budgets and I do those things, but they meet thousands of people a month. Their attitudes, professionalism and their dedication to the service is what makes us successful as an organization.”

During the honors presentation, Doug Thorson was given the “Deputy of the Year Award.” Jensen explained how Thorson put his own personal safety aside to provide cover for emergency responders after Cade Austin, a man from Preston, Idaho, wrecked his car and then started shooting at an EMT.

The banquet and awards presentation coincided with National Law Enforcement Week. Jensen said the week is not only to pay respect to deputies who have died in the line of duty, but also to give the public an idea of what members in law enforcement deal with.

“Everything we deal with is an unknown. It’s a big valley with a lot of people and society has changed, and things are more dangerous with drugs and guns. It is not the little community that you know every person that you come in contact with. So everything that our staff does in an unknown.”

Four deputies, Brian Groves, Skyler Jensen, Derek Maughan and Skylar Limb, were also presented with the “Lifesaving Ribbon.” The award is given to those who are directly involved in saving the life of another person.

The “Community Partner Award” was given to the Bear River Health Department for their help in educating the community in public safety and health-related issues. 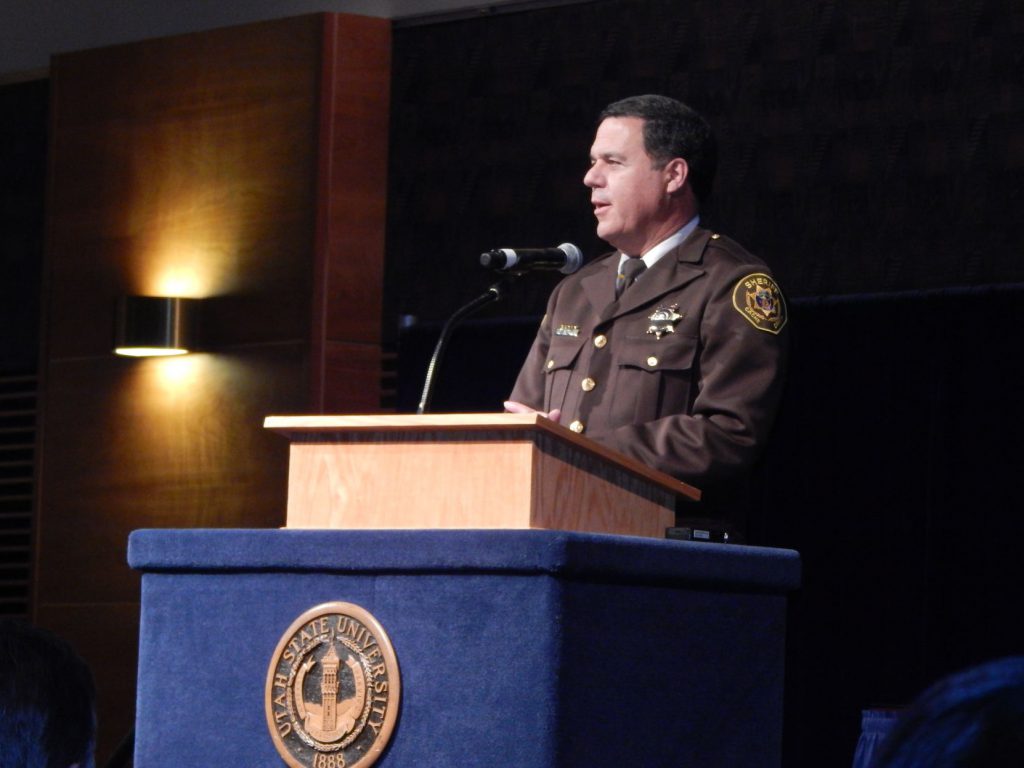 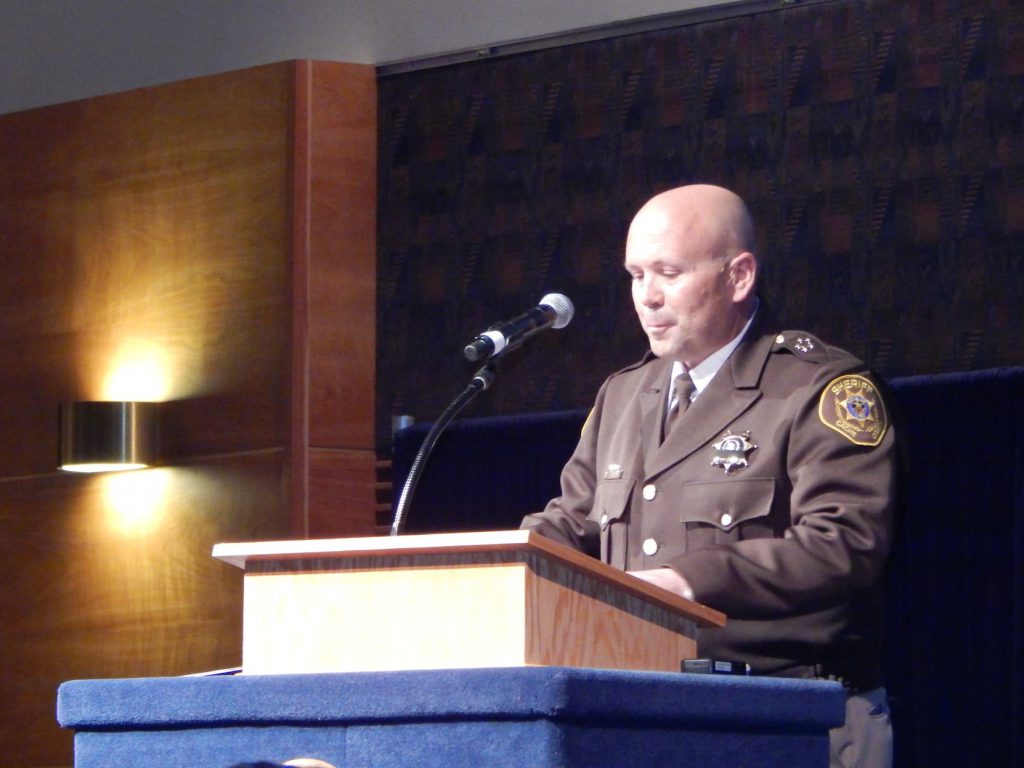