Graphic illustrating the lowest weekly wages among 381 metropolitan statistical areas throughout the United States. Data and image from pewresearch.org.

A recent report by the Pew Research Center suggests that a weekly wage in the Logan, Utah metro (which includes Preston, Idaho) isn’t worth very much. In fact, the report suggests wages in Logan are among the lowest in the country.

After adjusting for cost of living, <a href=”http://www.pewresearch.org/fact-tank/2016/06/02/where-wages-are-worth-the-most-and-least-in-the-u-s/#comments” target=”_blank”>the report</a> says the average weekly wage in Logan is $709, placing the Logan metro as the eighth worst in the country. Only a handful of metro areas around the country have lower weekly wages than that, including St. George, Utah (which was second to last at $655 a week).

President and CEO of the Cache Chamber of Commerce Sandy Emile admits that wages in the area are low, but being in a college town and having several manufacturing businesses contributes to that.

“Those university students, many of them, work part time, or work internships, or they, in all honesty, work reduced wages,” Emile explains. “Whether they should or not is neither here nor there. That definitely skews our wage base for Logan City and makes it a little bit different than what it actually is.”

Emile believes that if that population of the workforce was eliminated from the equation the average wage would increase dramatically. However, she believes it still wouldn’t be as high as perhaps it could or should be.

“Many of our high-tech businesses are paying well below what the national average is for that same position elsewhere,” she continues. “Many of our businesses choose to stay in Cache Valley because they can actually do many of these jobs and not have to pay a Denver wage or certainly we wouldn’t want somebody to have to pay a California wage or an Alaskan wage.”

The Pew Research Center study also considered regional price variations to determine what a wage in each metropolitan statistical area is really worth. If wages are low but cost of living is also low, the adjusted wage may appear higher.

Emile cites a study she recently read that suggests that while wages may be low in Cache Valley, the cost of living is also low. Combining both factors, Emile says, suggests that the Logan area is 107% of the national average.

Nationally, wages have grown at a modest pace since 2000 at 7.4%. According to an <a href=”http://www.pewresearch.org/fact-tank/2016/05/31/oil-and-gas-boom-feeds-greatest-real-wage-growth-in-u-s-but-will-it-last/” target=”_blank”>earlier report by Pew</a>, wages in Logan exceeded and nearly doubled that number over the same period of time.

The values of the community, its geography, the fact that it is consistently rated as one of the safest communities in America are other factors Emile says contribute to reasons why people live and work in Cache Valley that cannot be assigned a dollar figure.

What Emile is not in favor of, is a forced increase in wages.

“As businesses see the value of the employees and the employees bring value to their employers by training and experience it will automatically start moving up,” she explains. “That’s why I’m a huge supporter of not going for a presented minimum wage increase. I think the business community and the economy drives the wages and I think that’s a natural way it should be.”

Generally speaking, Emile explains, the Logan area has a diverse economy and is currently flourishing.

“I have on my desk at this time six businesses in our county that are medium to small businesses that are in expansion mode. Almost every one of our manufacturing entities…are all either growing or expanding or (diversifying) and adding a new section to their business. It’s really impressive.”

Over the last 12 months a number of national chains shut their doors in the area and ICON Health and Fitness laid off nearly 400 people. Most of those people were able to assimilate into other jobs in the community within a matter of months, according to Emile, because the other manufacturing entities in the community needed workers.

Recent expansion projects at some of Cache Valley’s largest employers have been taking place at JBS Swift in Hyrum, Pepperidge Farms in Richmond, Casper’s Ice Cream in Richmond and Malouf in Nibley, to name a few.

Home building, real estate, contracting, and building permits are also up this year over last year. Real estate, in particular, is moving faster than it has in about seven years. Emile says over the last several years homes would sit on the market for four to eight months but now they are moving within four to eight weeks.

“The number of relocation packages that the chamber has put out has probably increased by about 30%,” says Emile, “for people looking at relocating to our community. These are people that are either going to rent apartments, or buy homes, they’re children will be coming into our school system, they will be shopping in our stores. This is a good thing.” 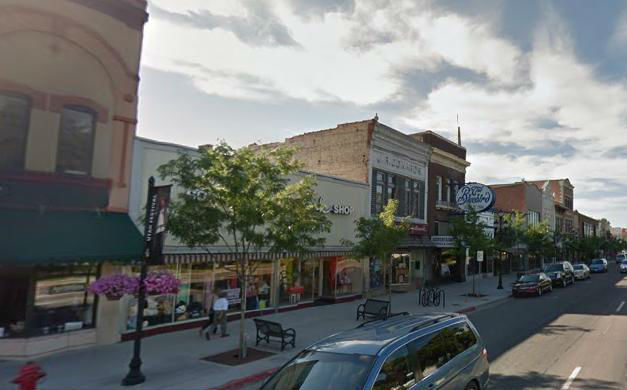