LOGAN — Runners gathered at Utah State University Friday to begin the 13th annual Ragnar Wasatch Back relay race. The teams of six-to-12 participants run between two and nine miles at a time, as they make their way from Logan to Park City.

Ragnar CEO Chris Infurchia said the overnight relay race has exploded in popularity since father and son, Steve and Dan Hill, along with Dan’s USU roommate Tanner Bell came up with the idea.

“It’s pretty amazing,” said Infurchia. “We actually have a photo of the start line from that time, and it was 22-teams which is about 260 people.

This year around 9000 runners are participating as teams began at four a.m. and continued leaving in groups throughout the day. Altogether, it is estimated that over 600,000 runners have taken part in one of the now 37 events around the country, with international races planned in Canada and Western Europe next year.

Infurchia said the aspect of runners competing together in teams is what has made Ragnar relay’s so popular.

“You run as a team. You can’t complete this alone and you get that bond that we use to get when we were younger, playing team sports in High School.”

Ragnar relays have now branched out into both road and trail courses throughout the eastern and western states.

Infurchia said he loves each of the courses but his favorite is still the Wasatch Back.

“I’ve been at this event, every year for the last nine years. To see it change, to see the people, to see the support. To run down the course and see the families, sitting out in their front lawns, with the skirt guns and the lemonade stands.  We know that it is a very big community event. We appreciate the support of the community, we couldn’t do it without the communities.

“So, I think for everyone, Wasatch Back holds a special place in their hearts.”

This year’s course began north of Maverik Stadium as team members ran south over Avon pass, through Snowbasin and Park City, ending at Soldier Hollow. It’s a total of 186.7 miles.

Infurchia said along with the runners who participate, he especially appreciates the communities support.

“A special thanks to all the volunteers, to all the law enforcement, to all the community officials and to the community residents for supporting Ragnar for all this time. We are incredibly grateful and will work hard to continue to deliver great success for them.”

Infurchia said the Hills and Bell are still actively engaged in Ragnar and are now helping to expand the races globally. 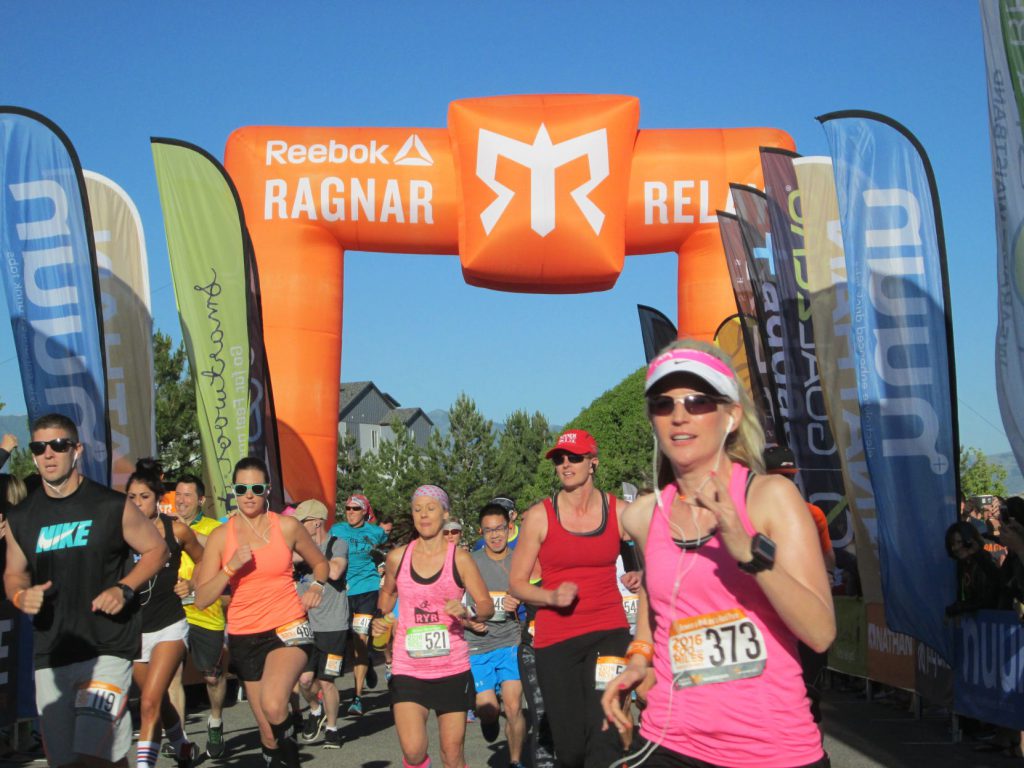