His name is Norberto “Buddy” Reyes and he is known internationally as the Filipino Elvis. He is also the father of Utah Attorney General Sean Reyes.

Esterlee Molyneux, executive director of The Family Place, says the Elvis Presley tribute artist is also an actor, singer, movie producer, accomplished painter and much more. Molyneux says, best of all, Buddy Reyes will perform in concert on Thursday, June 23 as a fundraiser for The Family Place.

<a href=”http://thefamilyplaceutah.org/buddy-reyes-benefit/” target=”_blank”>The event</a> will be held at Four Seasons, 140 East 2200 North in North Logan and will begin at 7 p.m. Tickets are $20 in advance or $30 at the door. Seating is limited.

“He actually toured with Bob Hope,” she explains, “lifting up the spirits of our troops. He’s an artist that has a beautiful painting in the Smithsonian. He actually started his own non-profit, called the Glowing Heart Society.”

“He has been dressing up as Elvis and singing Elvis Presley songs for decades. Most of his time is spent raising money for children in the Philippines. We are so excited that he sought out The Family Place and offered to do this concert.”

Molyneux says proceeds from the concert will help raise funds for a new building being constructed by The Family Place, a cause that Reyes wholly supports. 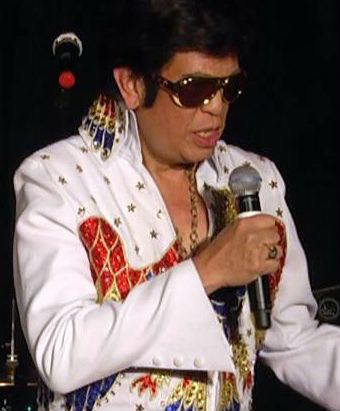