Employees at the Logan Library have been working for two months without air conditioning and have begun to show signs of dehydration that include lightheadedness and fatigue. Due to the rising temperatures, the library director Robert Shupe and Mayor Peterson decided Wednesday to close the library, effective Thursday.

Joseph Anderson is the head of adult non-fiction reference services.

“Yesterday the needle on our thermostat went so far to the right that it disappeared,” Anderson said. “When I shared that with other staff they were sharing it was 90 degrees in their office, it was 88 degrees in this room. So, we’ve been encouraged to drink lots of fluids and the director has been good about stalking those for us.”

The library is filled with the hum of portable fans circulating the hot air. Anderson said it hasn’t prevented people from using the library.

“Just tonight we have a chess event going on in our back meeting room. We’ve had the largest turnout we’ve had in months,” Anderson said. “So people are still coming, it’s just very uncomfortable.”

He said the staff will be paid during this time and that they plan to reopen on Tuesday though the repairs are expected to take longer. 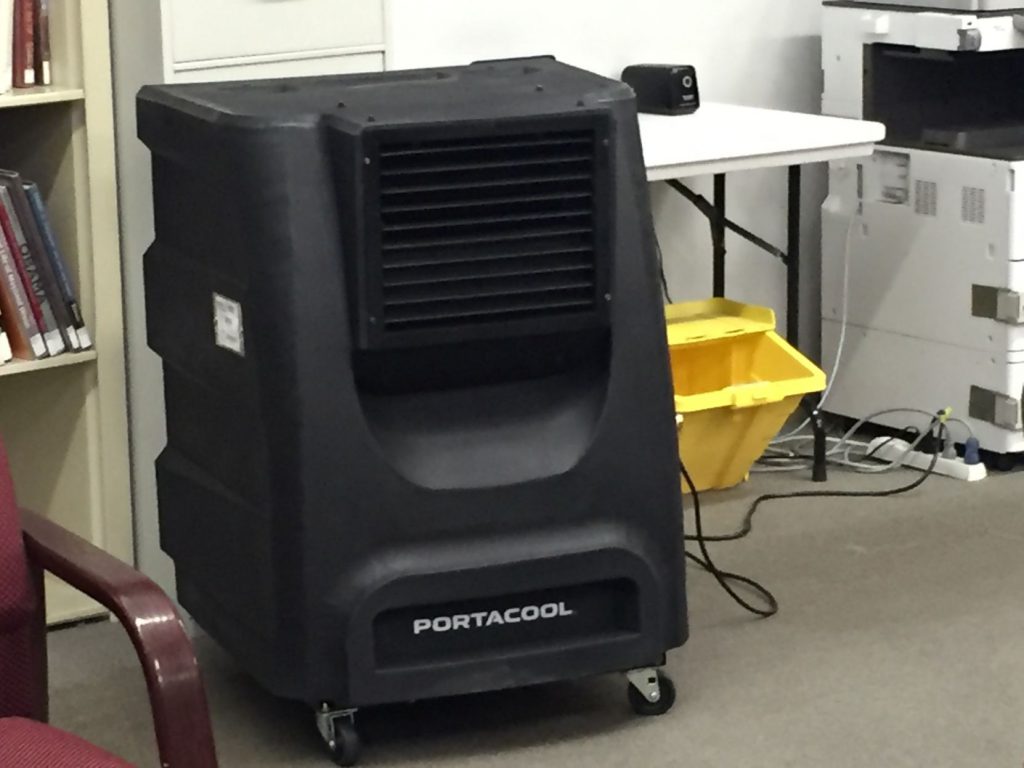