LOGAN – Just 41 days until the Aggies host the Weber State football team in a newly renovated Maverik Stadium that will look very different than what fans saw at last season. The obvious addition is the press box and luxury suite facility that is now known as the West Stadium Center.

But the new facility has overshadowed another addition. A crane can be spotted above the stadium as construction crews put together two new video boards that will replace the video board on the Laub Complex and the scoreboard in the south end zone.

According to a USU press release, the digital video boards will not only have higher-quality picture, but will “dwarf” the old one. The new north end zone screen will measure 67 feet by 38 feet, while the old screen measured 48 feet by 14 feet.

The video boards will be accompanied by a new L-Acoustics sound system.

“The system will be a higher quality in both equipment and sound than any other collegiate venue in the state. The sound will come from a line array pattern often found in concert venues, but unique to athletic venues,” the press release said.

In addition to all that, new bathrooms and concessions will also be a part of the improvements. Fans will have a chance to get their first official look at the new improvements on August 20th during the annual Family Fun Day. 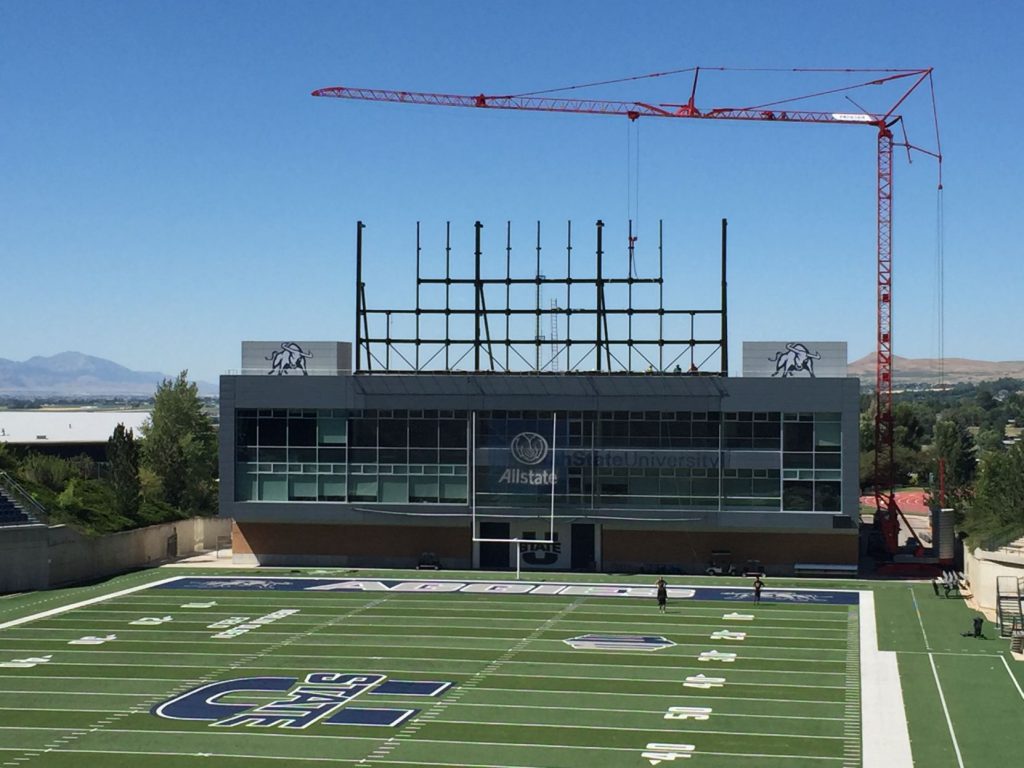