Seven year old Taylie Porter stands before a sold-out crowd and sings the National Anthem at <a href=”http://www.prestonrodeo.com/” target=”_blank”>That Famous Preston Night Rodeo</a> on Thursday night. The rodeo had more than 700 volunteers and the organizers expected 16,000 plus attendees from all over the country for the three day event that ends on Saturday.

Before reaching the fairground you can hear people in full swing on the carnival rides.

The arena was empty as the rodeo cowboys prepared for their events standing at the back of their cars and trucks that were packed with clothes, gear, and bedding.

<a href=”https://www.facebook.com/cody.z.kiser” target=”_blank”>Cody Kiser</a> is from Reno, Nevada and had been on the road for ten days competing at several rodeos along the way with his friends Zach Brown and Cameron Hopper-Craig.

He said the judges look at more than just his performance.

“You ride a wild animal and stay on for eight seconds,” Kiser said. “And they judge you based on how well you did and how well the horse did and so half the score comes from the horse and half comes from you. So you need a good horse and a good ride in order to make money.”

He was the first out of the gate and stayed on the entire eight seconds.

Liz Glade is from Malad and has been going to the rodeo with her husband David and their family for the last 22 years.

Rodeos are a family tradition in her family.

She said there is more to watch than the eight seconds. 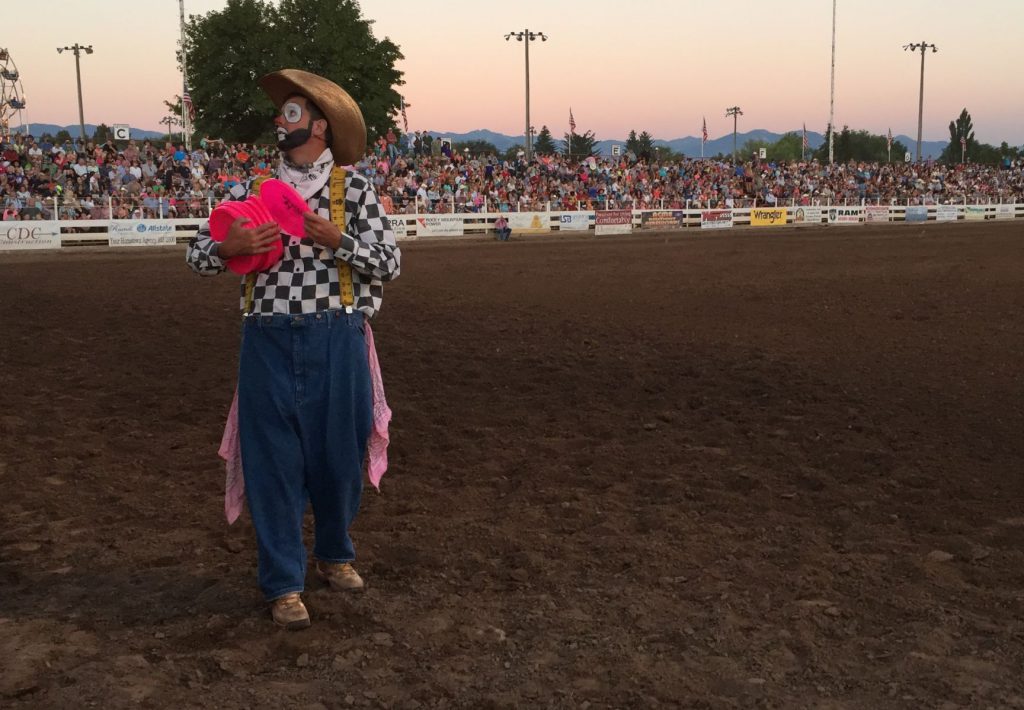 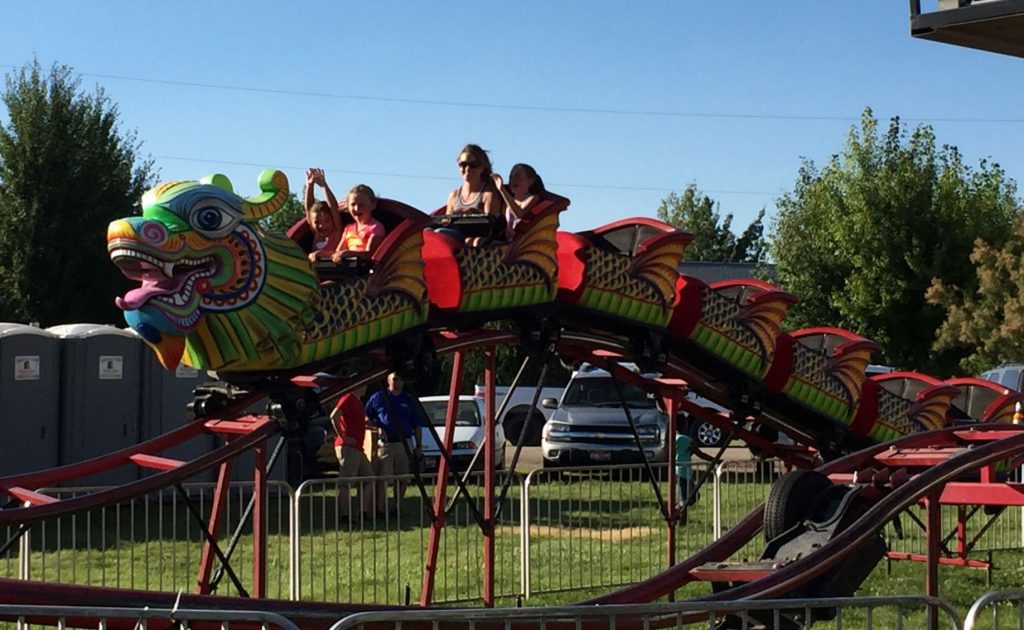 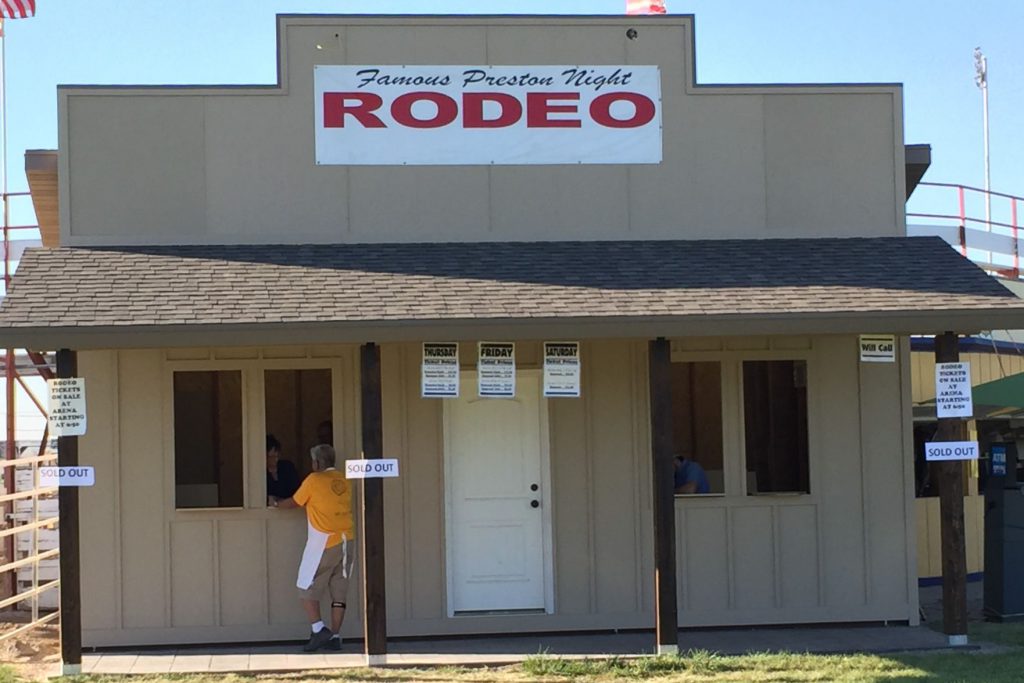 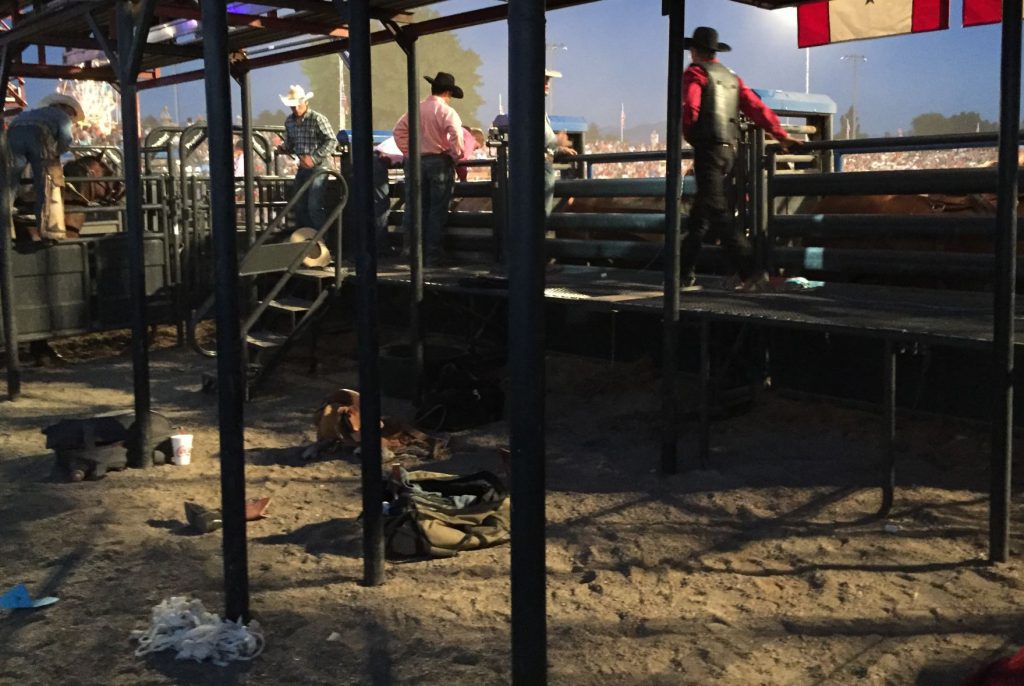 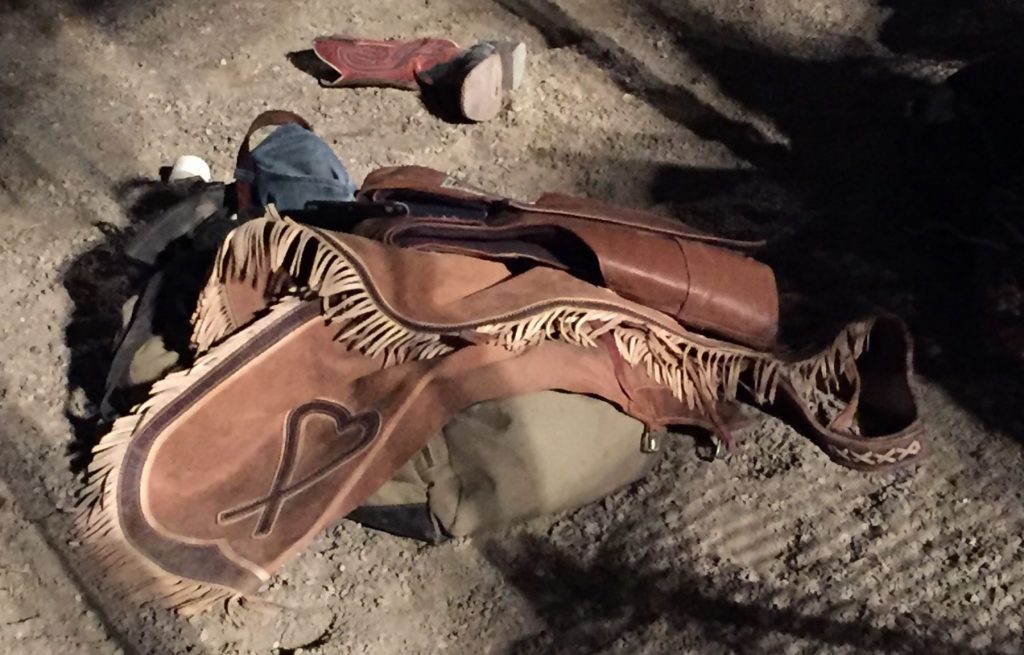 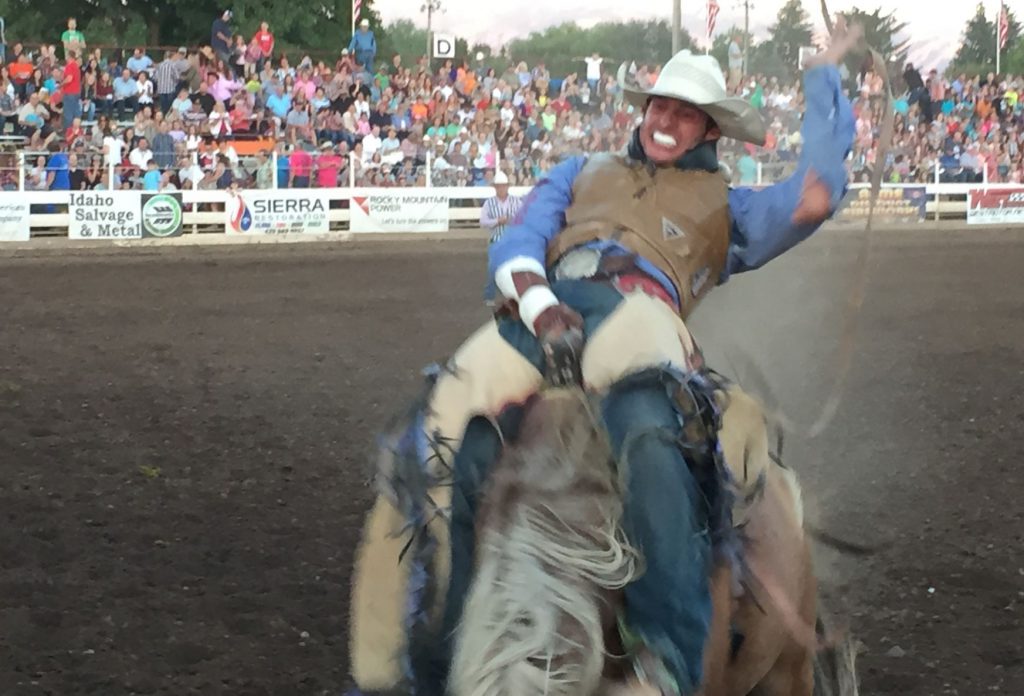 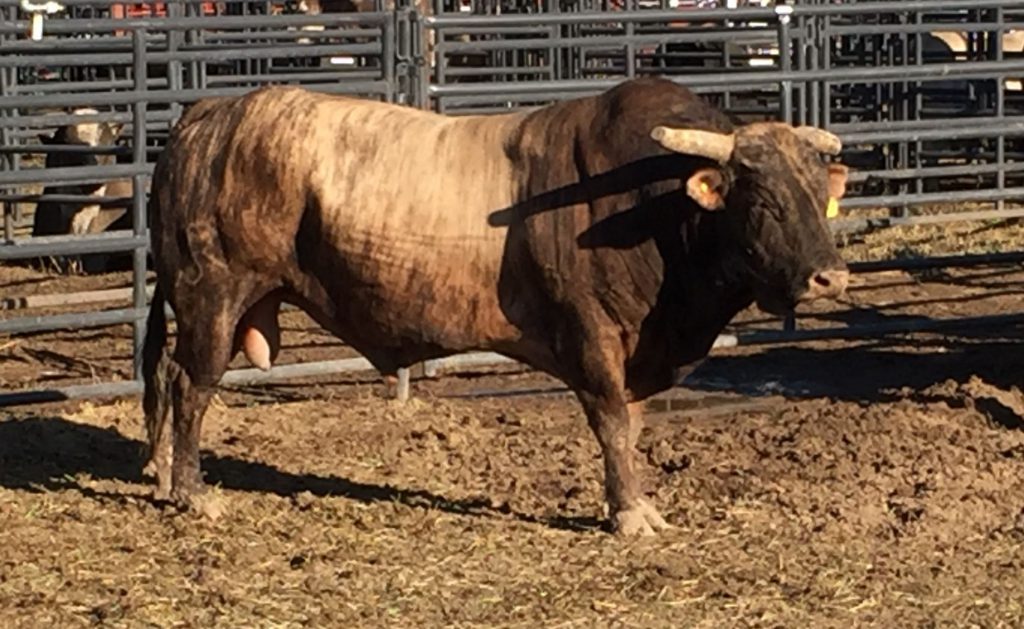 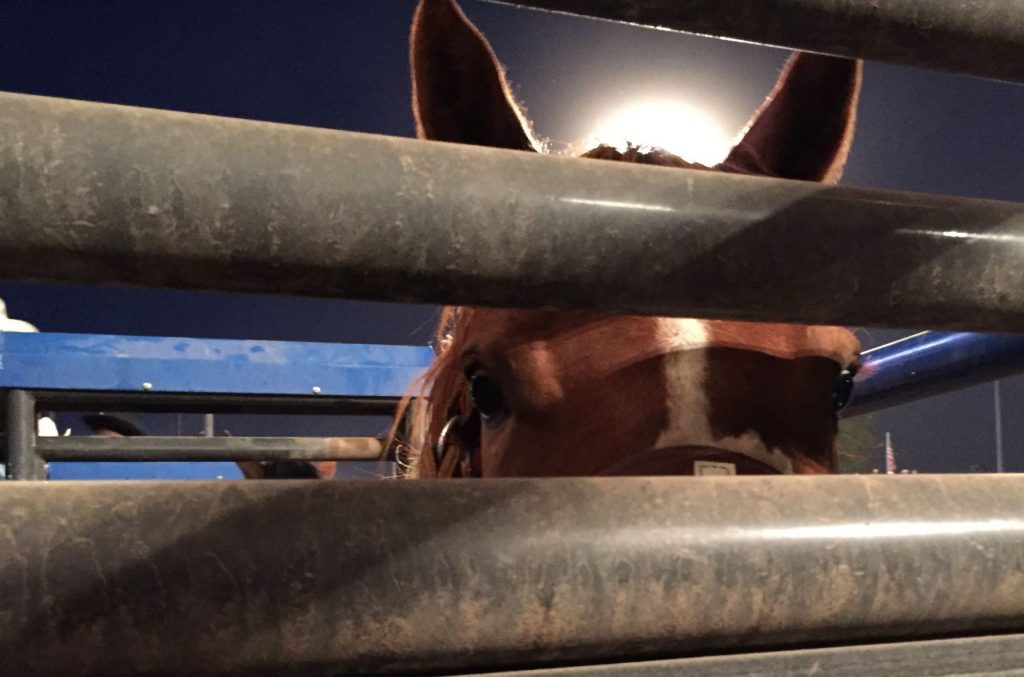 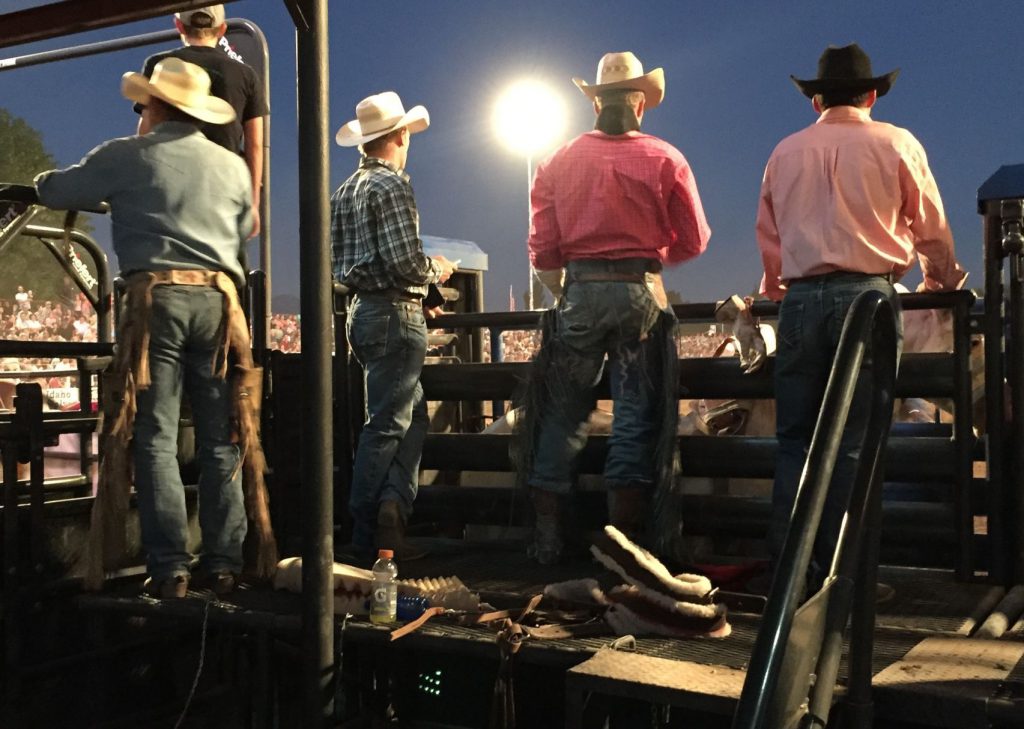 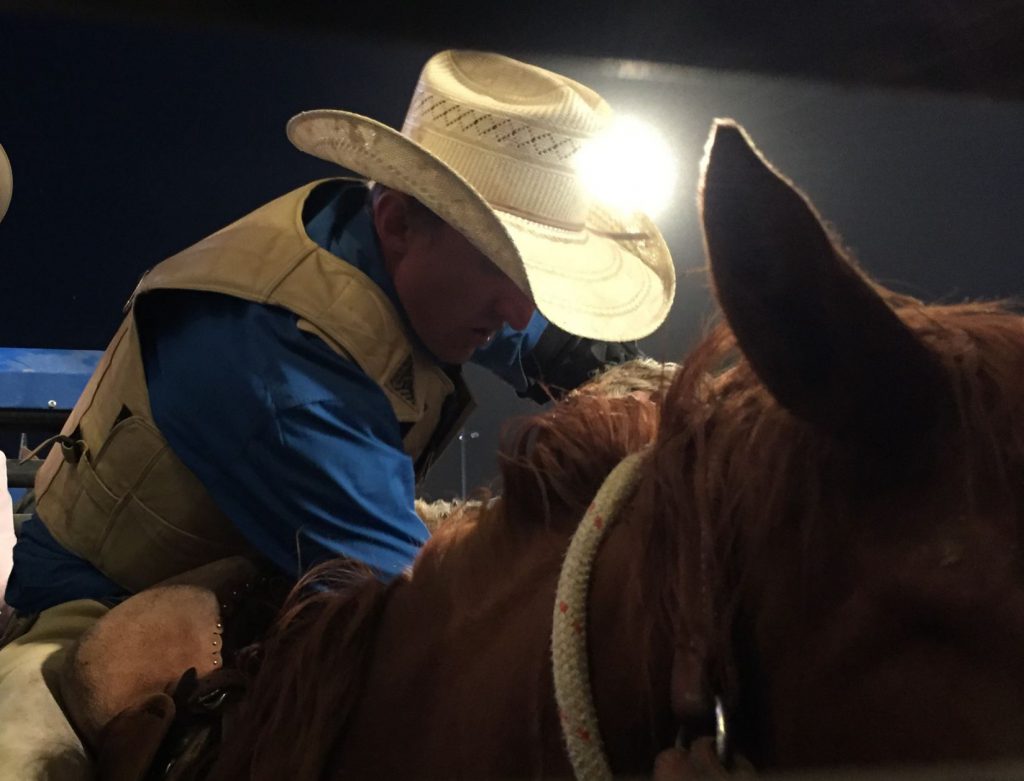 Allen Boore waiting for the gate at That Famous Preston Night Rodeo. 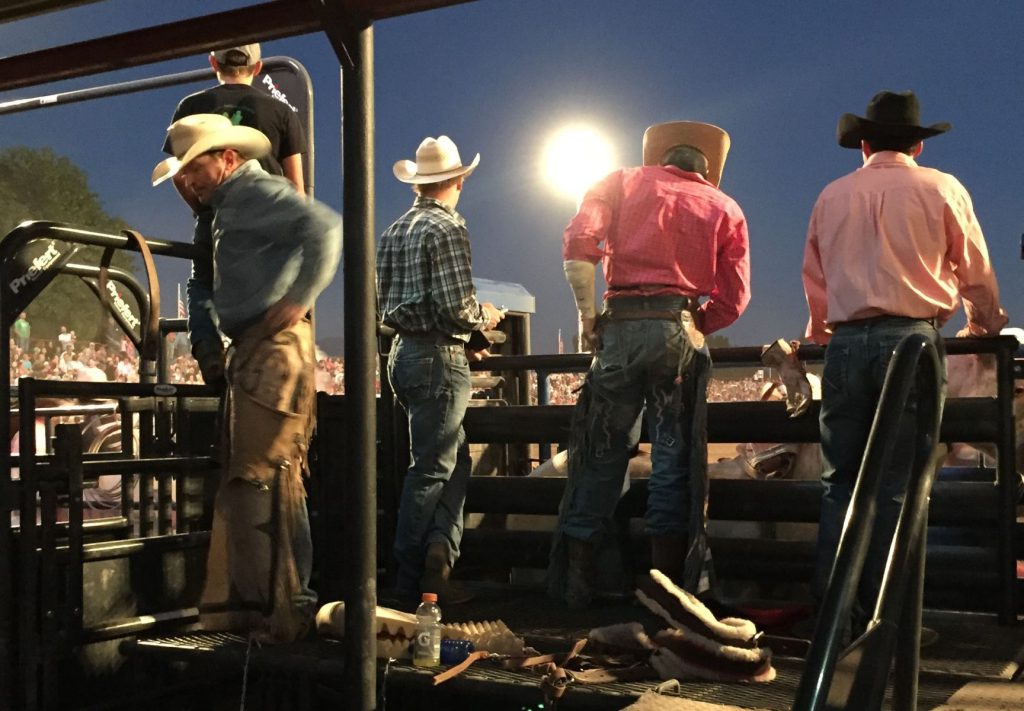 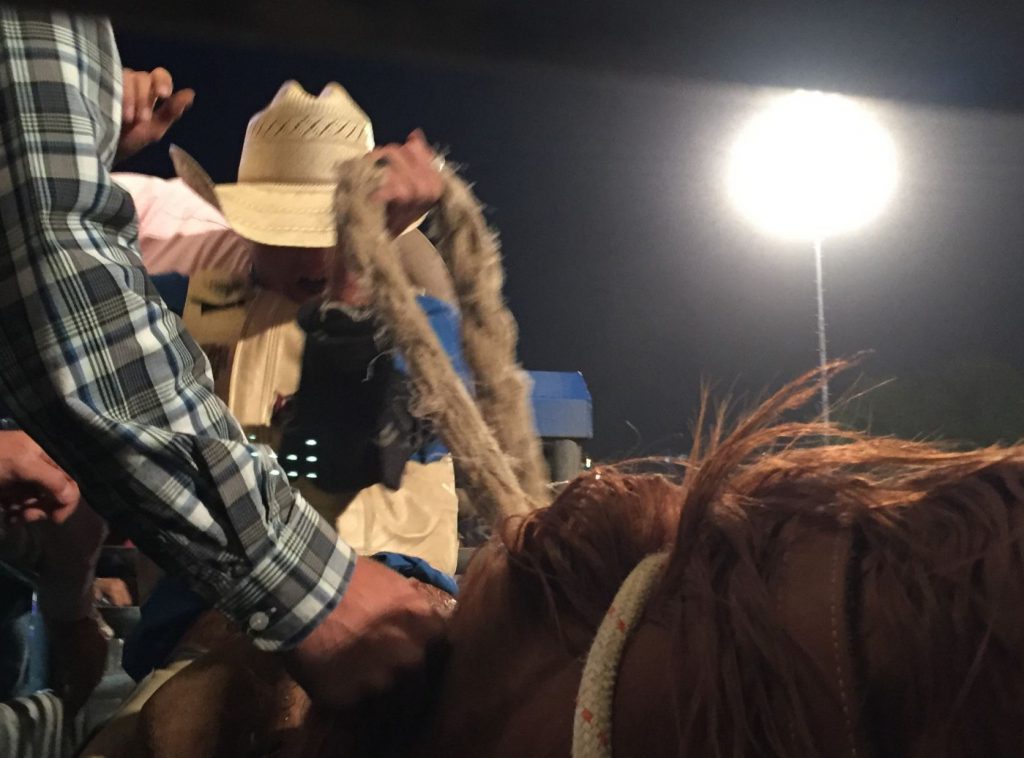 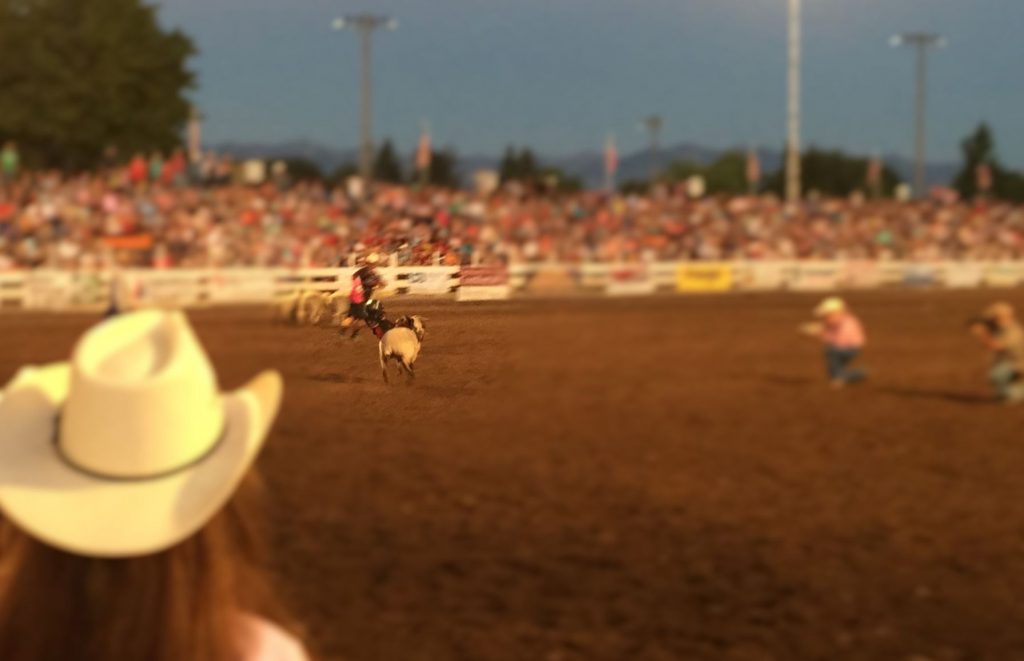 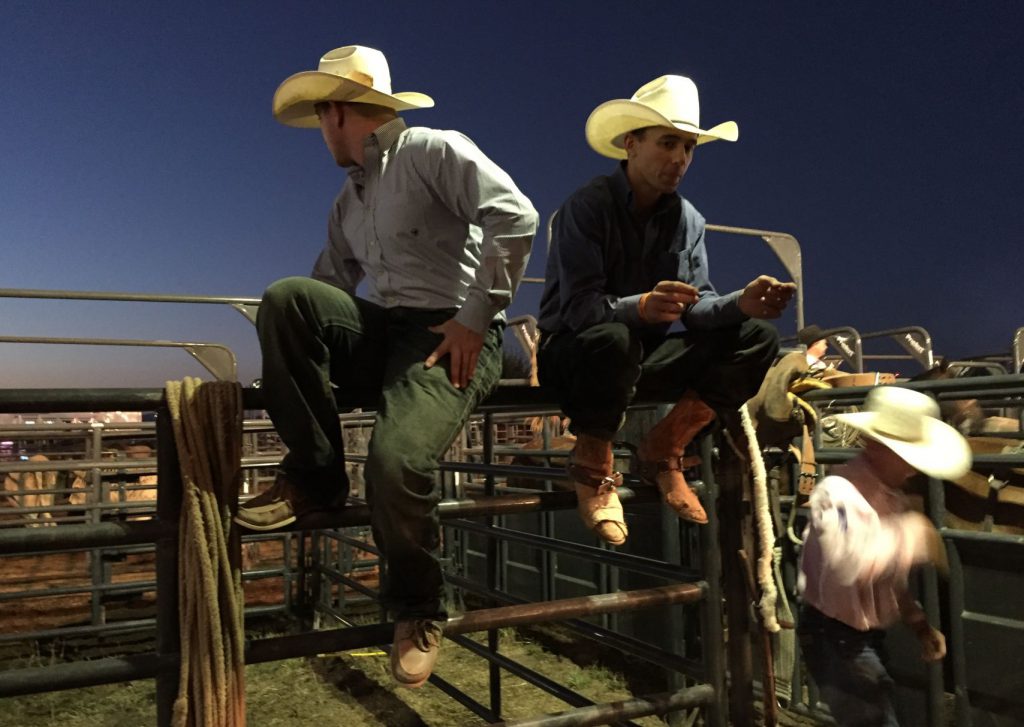 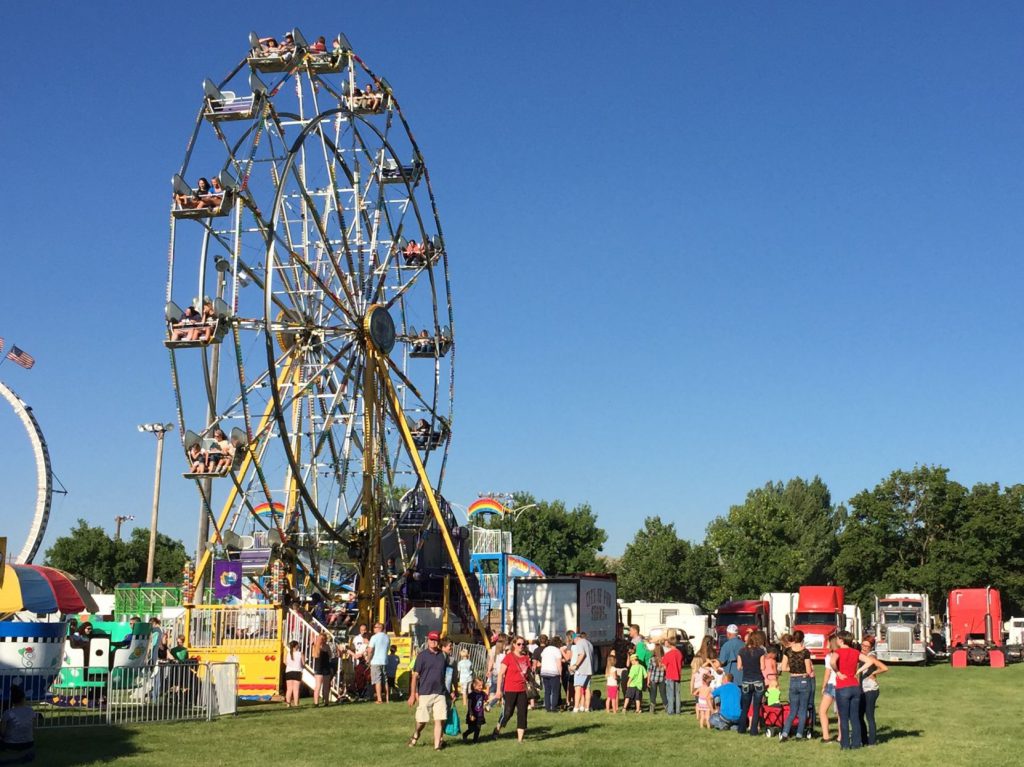 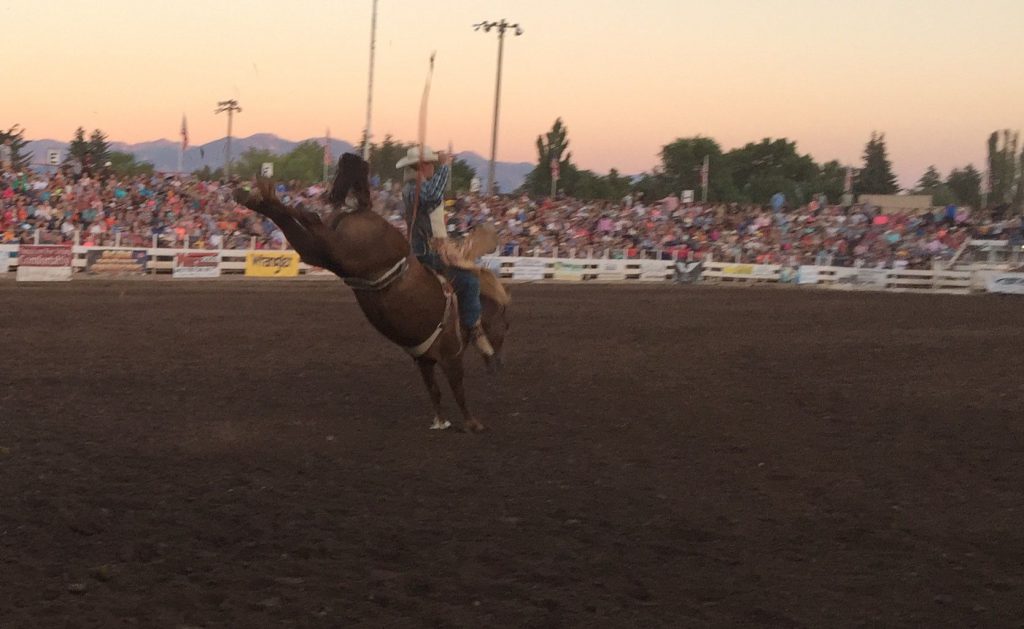 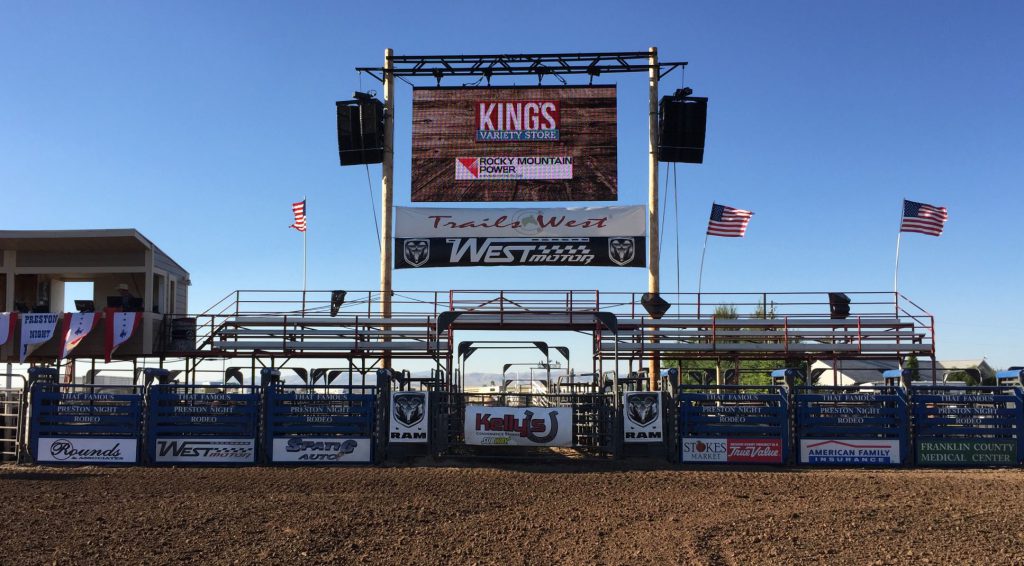 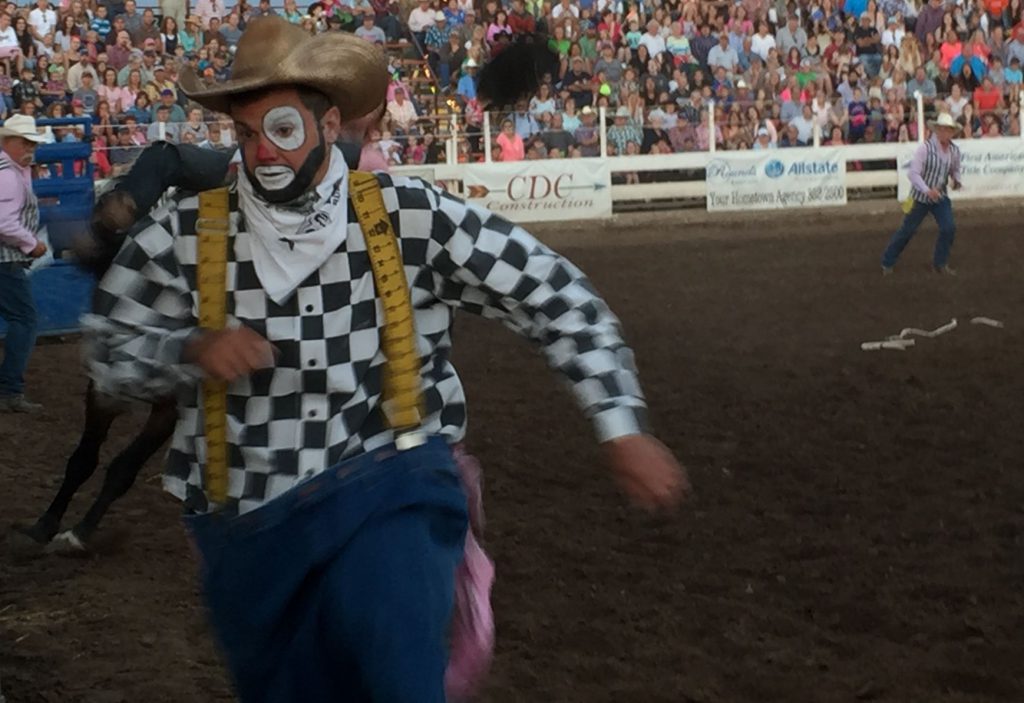 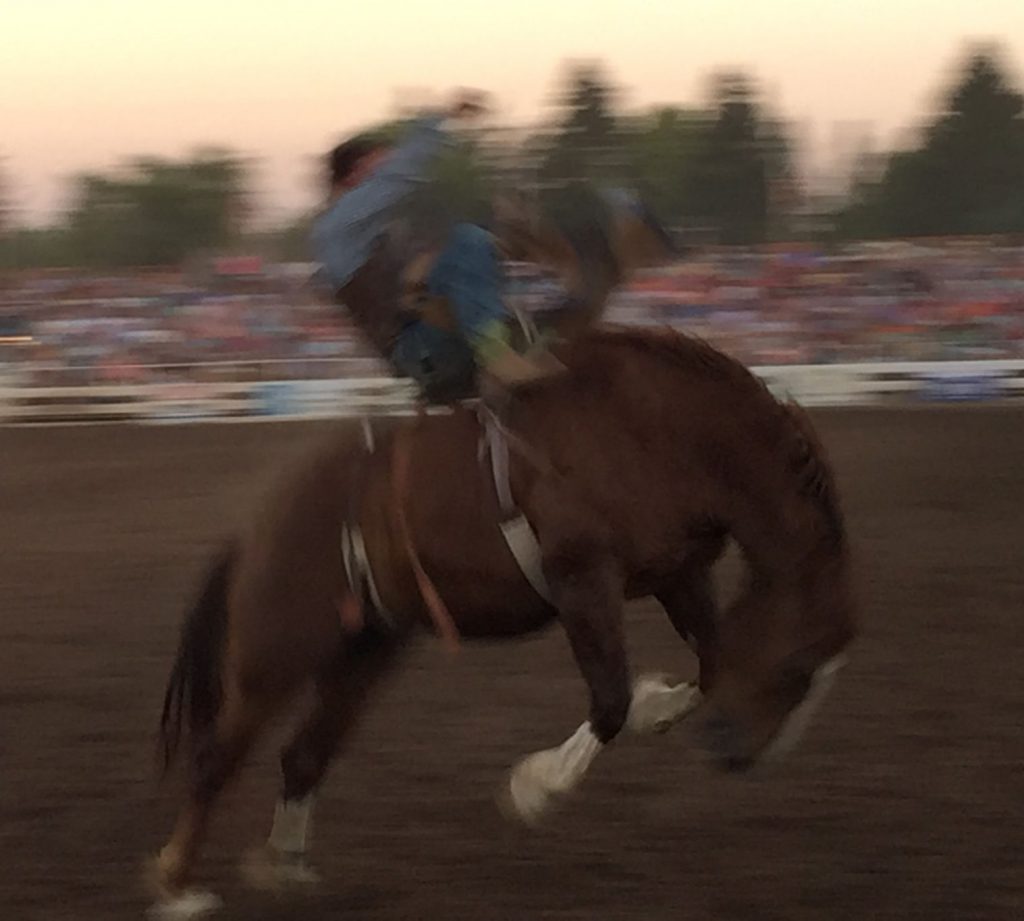