Overall, Utah out-shot the Aggies, 16-11, including an 8-3 on-goal advantage. Utah also had an early advantage in corner kicks, taking 10 to the Aggies’ four on the day. Redshirt sophomore Grace McGuire and freshman Maggie Richey split time in the net for Utah State, tallying a total of five saves.

“Utah out-worked us and they were better tactically today. Our team has to take responsibility for getting out-worked right away. The speed of play was slow, we had a lot of unforced turnovers that really put us in a whole and we weren’t defending as a group. As coaches, we’ll take responsibility for the tactics,” said Utah State head coach Heather Cairns. “We’re going to work on changing some things as we go into next weekend. It’s still early in the season and we’re still trying to find ourselves. It was definitely not our day. You can’t play like that against a quality opponent and expect a good result.”

Utah gained control early on in the match, keeping the ball in their attacking third of the field. The Utes got on the board in the 25th minute, as a corner kick connected the ball through several players. With a double assist as it crossed through the box, Hailey Skolmoski found the back corner of the net. Just over a minute later, the Utes extended their lead, as Natalie Vukic dribbled the ball through the defensive holes in the Aggie backline.

The second half was a stronger one for Utah State, as the pieces started to connect. The Aggies out-shot the Utes in the second half, taking eight in the second 45 minute stretch. Despite the improvement though, USU was unable to connect on the opportunities. Utah added its final goal of the day in the 60th minute. Eden Jacobsen got the ball back after a teammate’s missed shot, following through with one of her own to find the back of the net and extend the Utes’ lead.

The Aggies return to the road next weekend for a pair of California matches. USU will play at Cal State Fullerton on Friday, Sept. 2 at 8 p.m. (MT). The team will then close the weekend at UC Santa Barbara on Sunday, Sept. 4, in a Noon (MT) match. 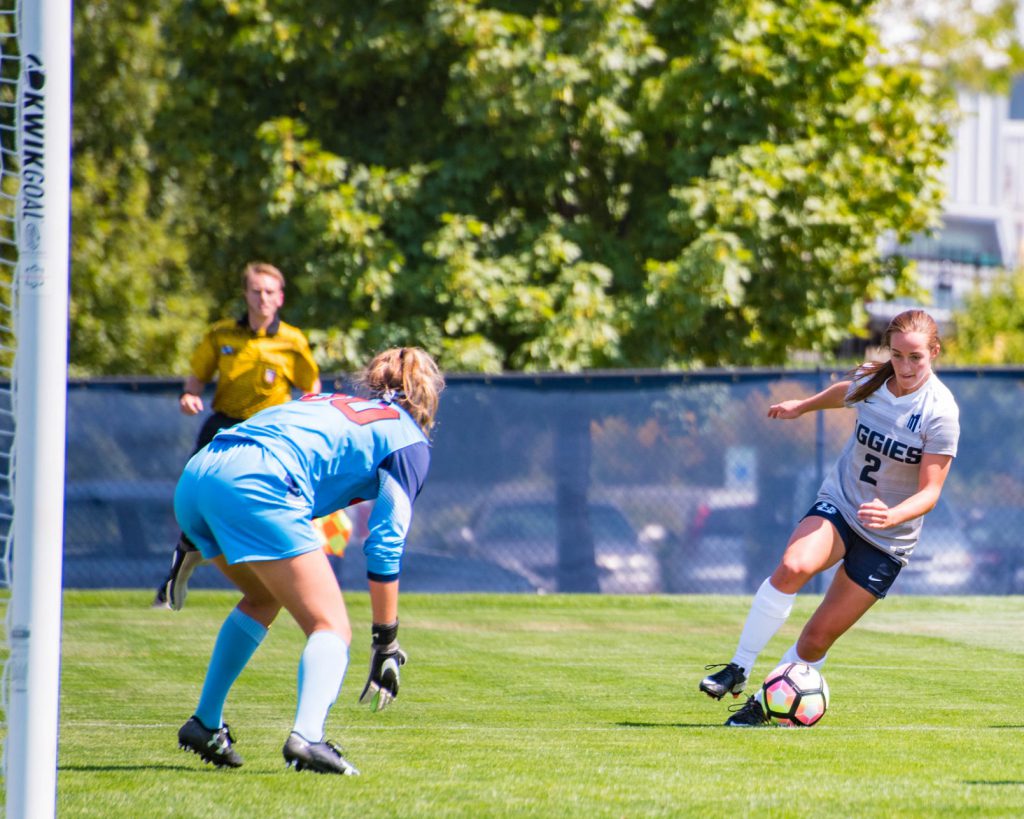 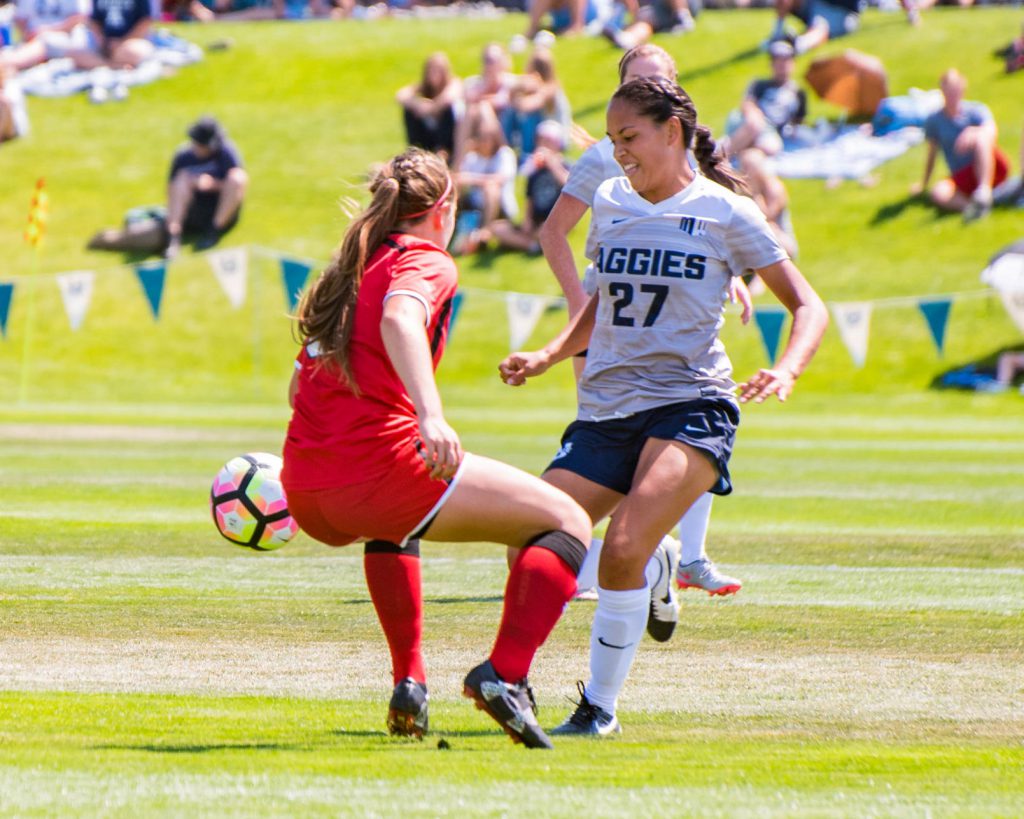 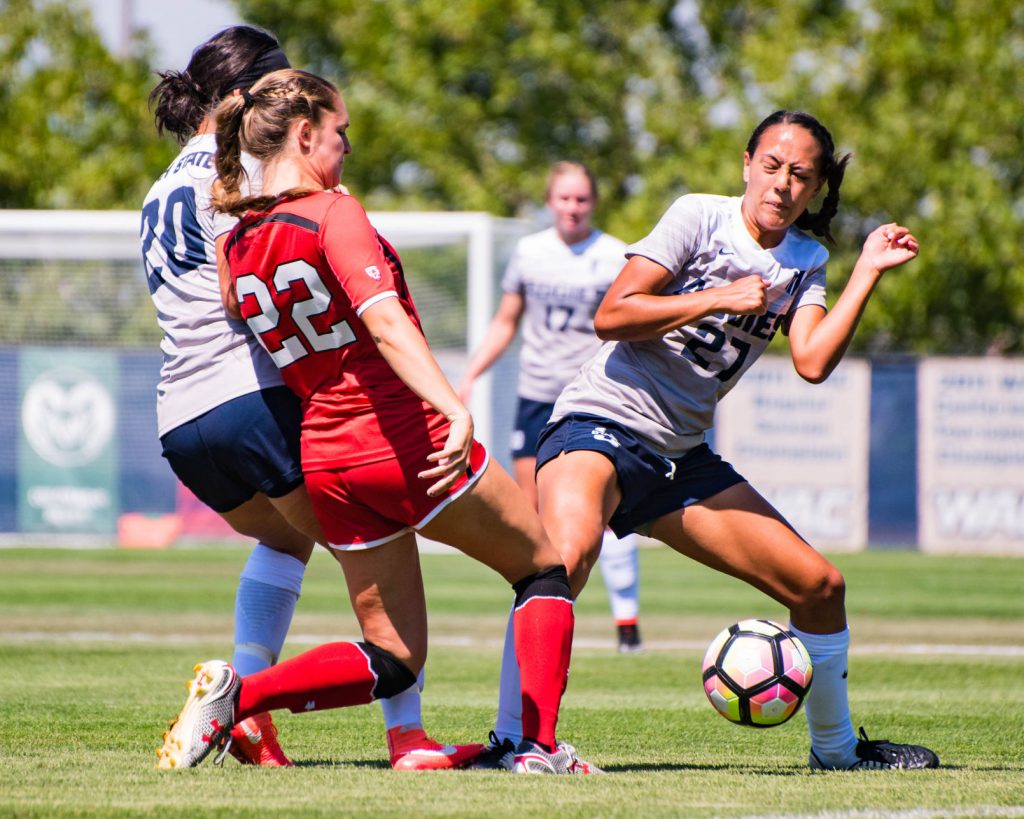 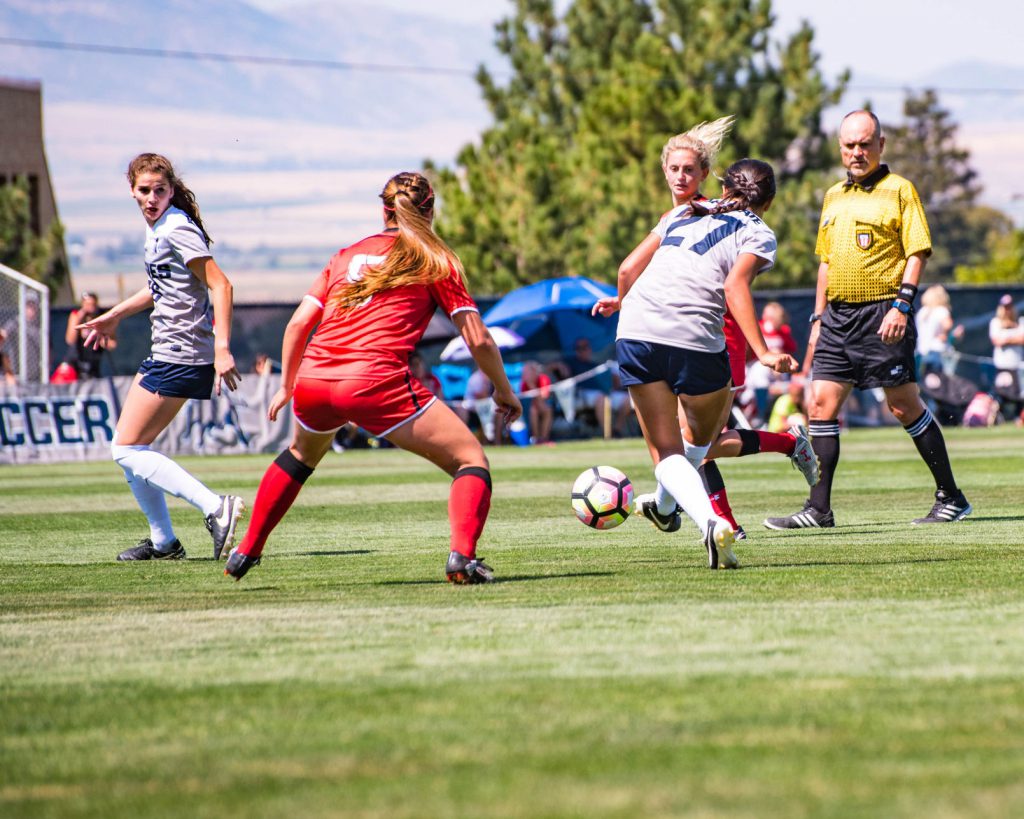 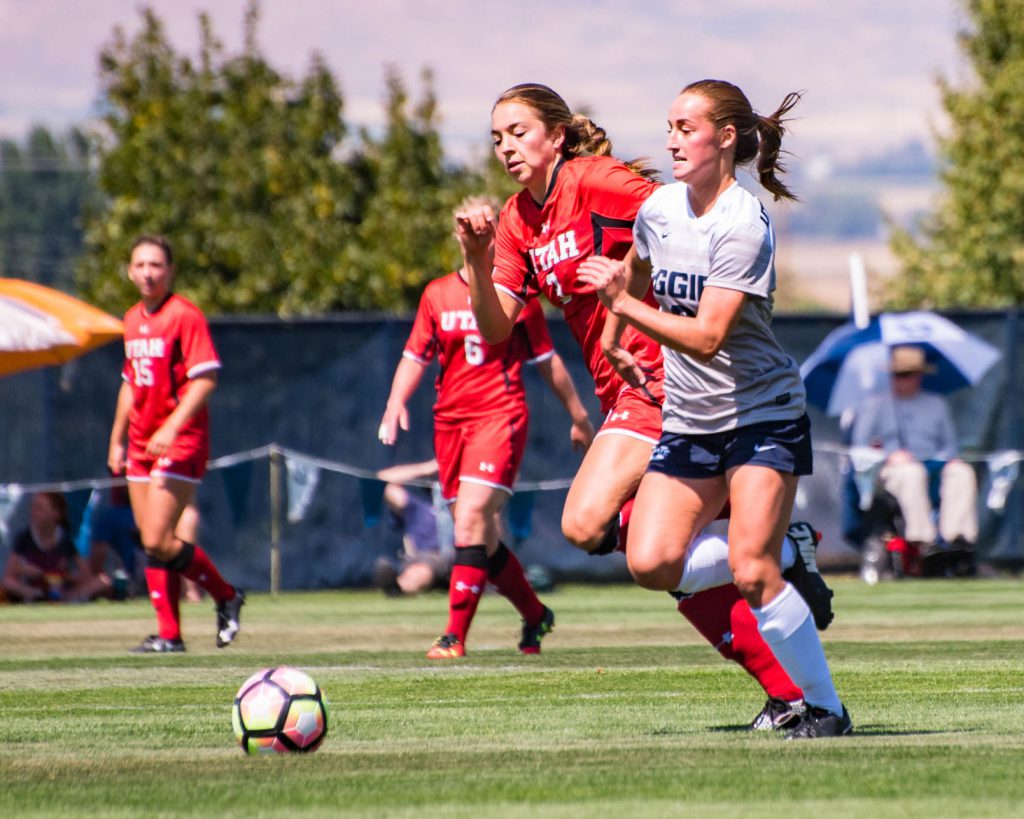 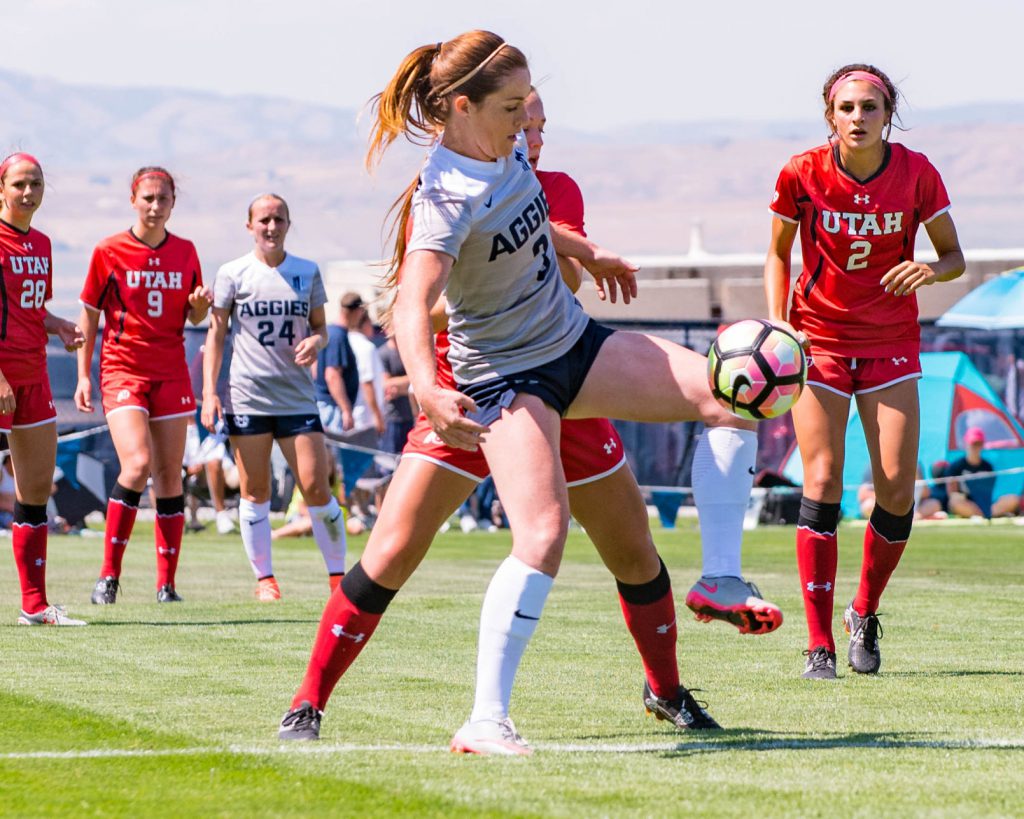 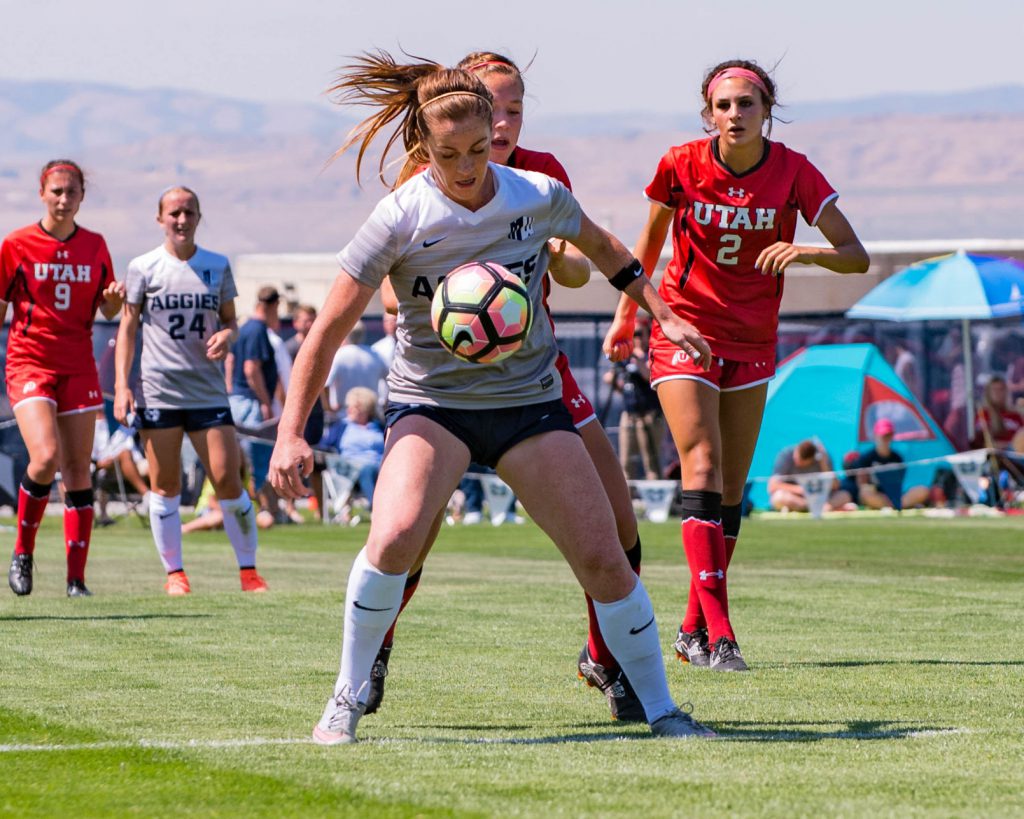 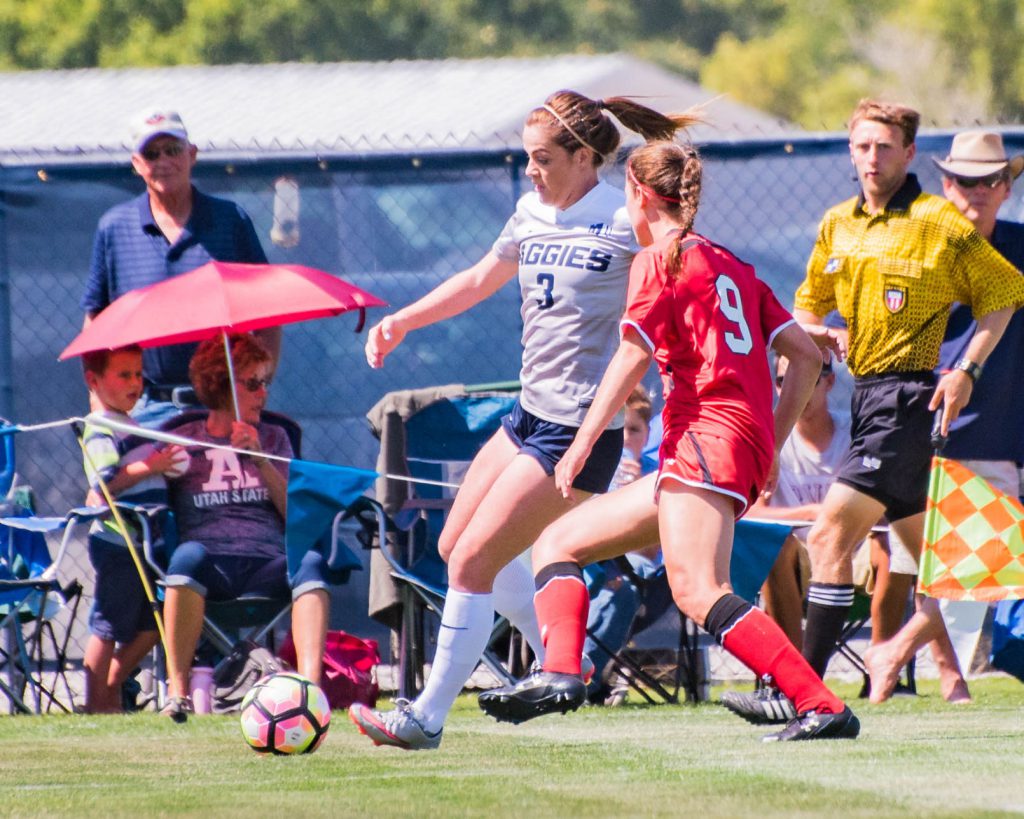 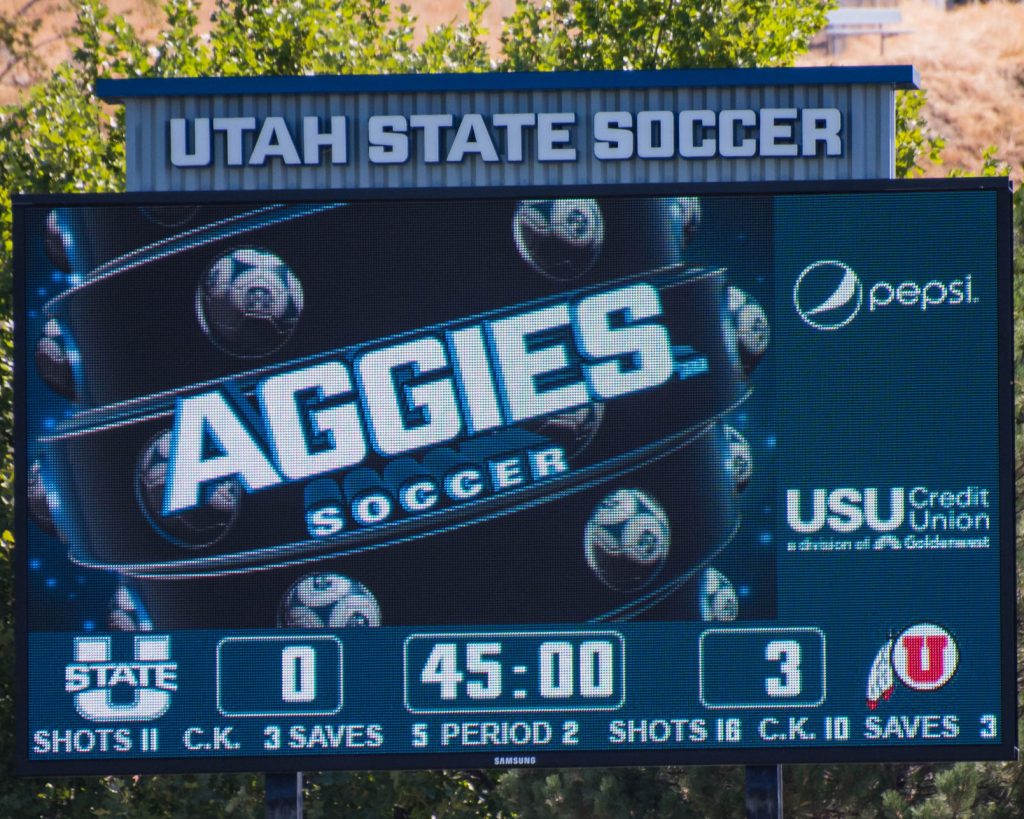 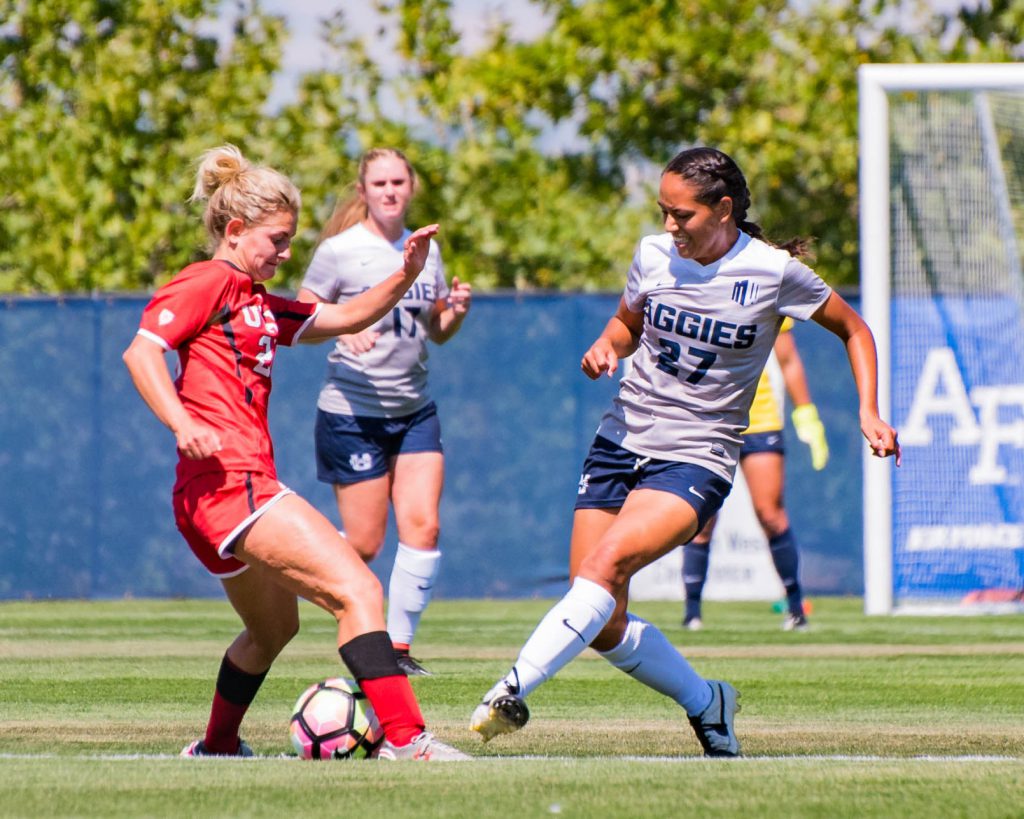 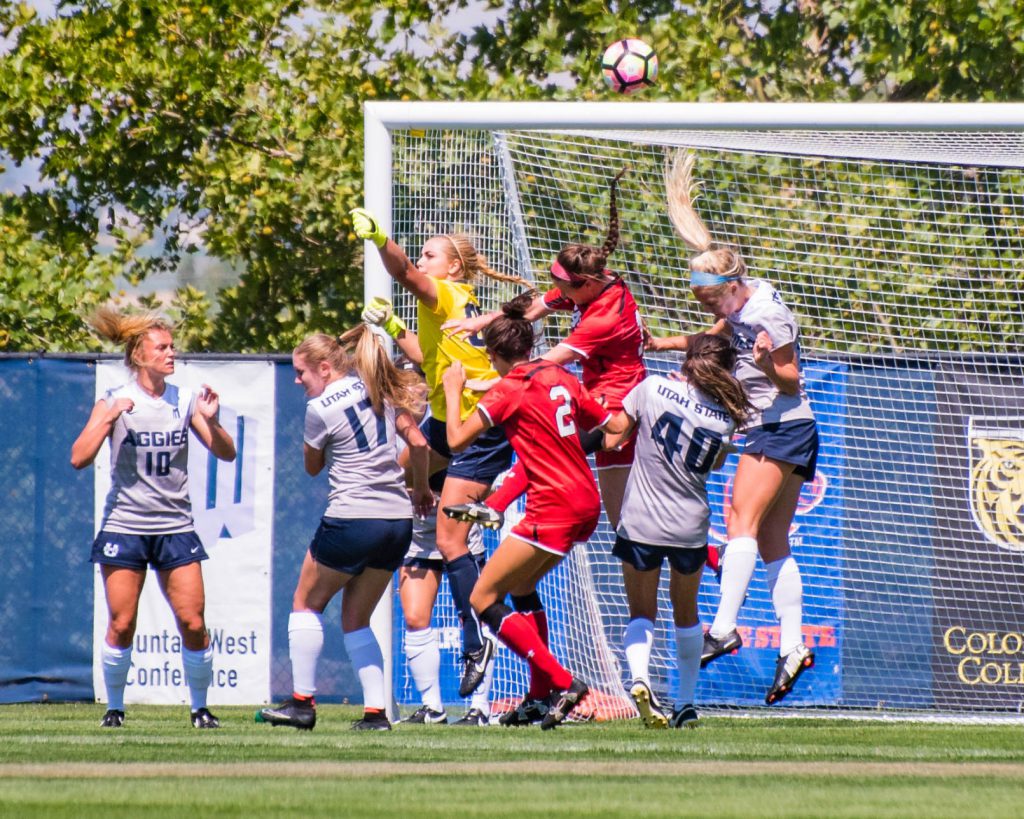 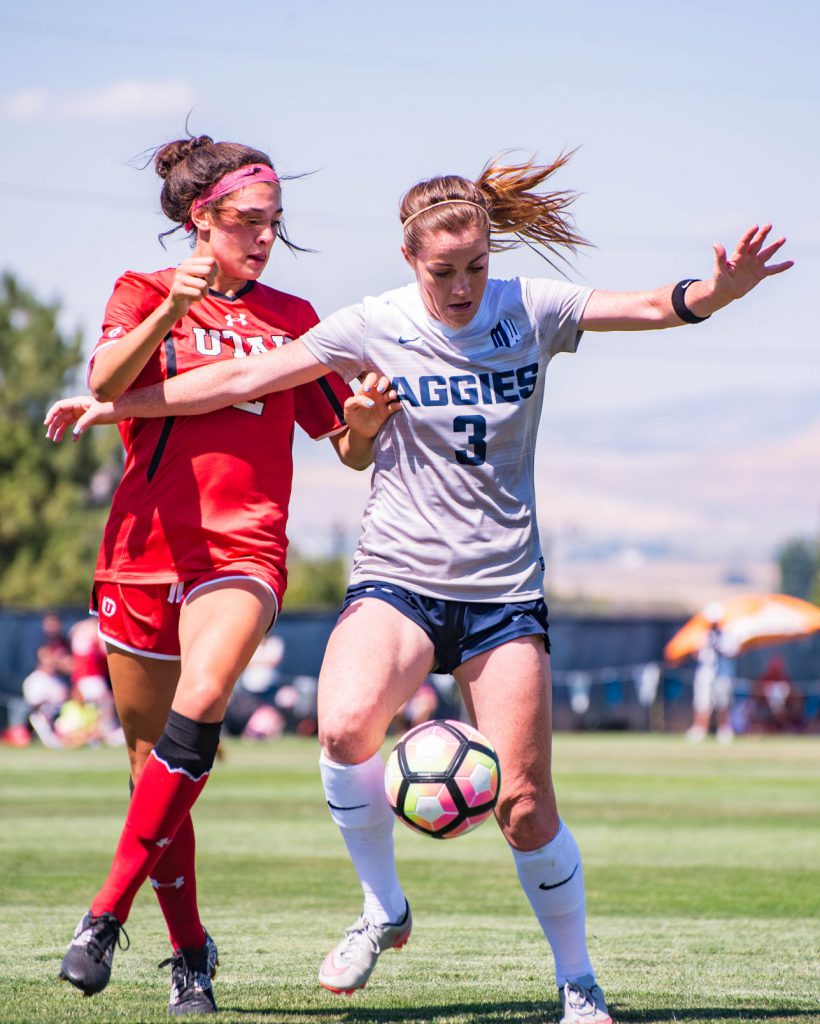 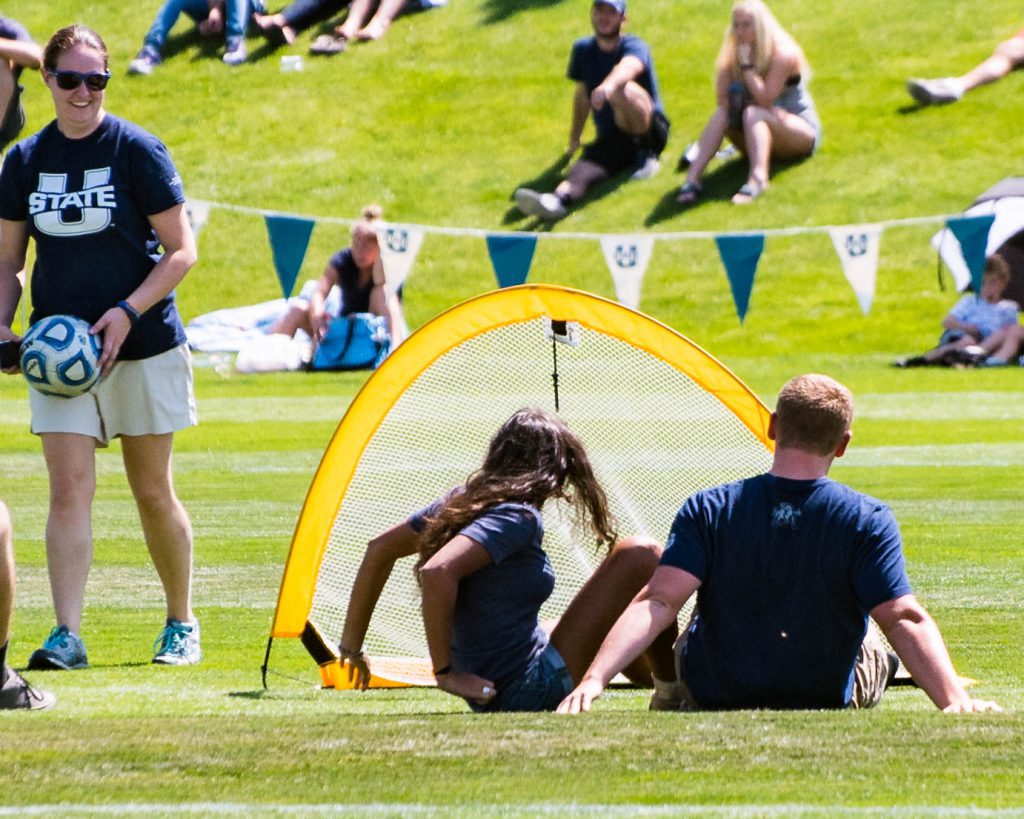 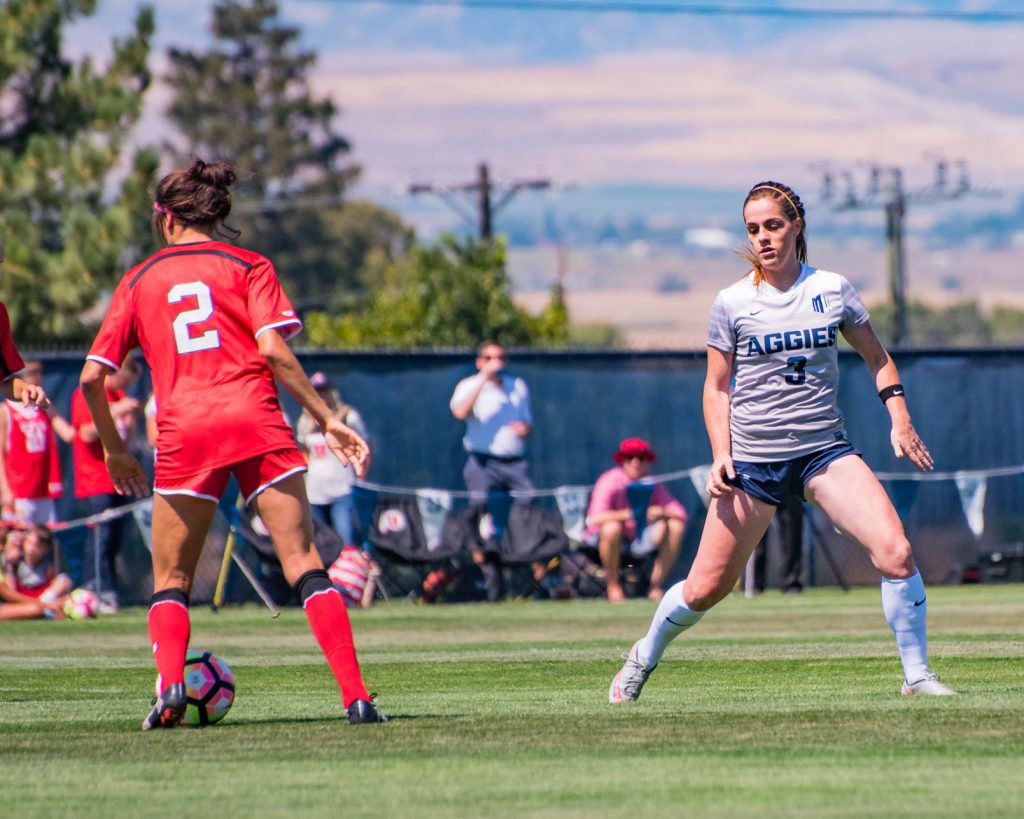 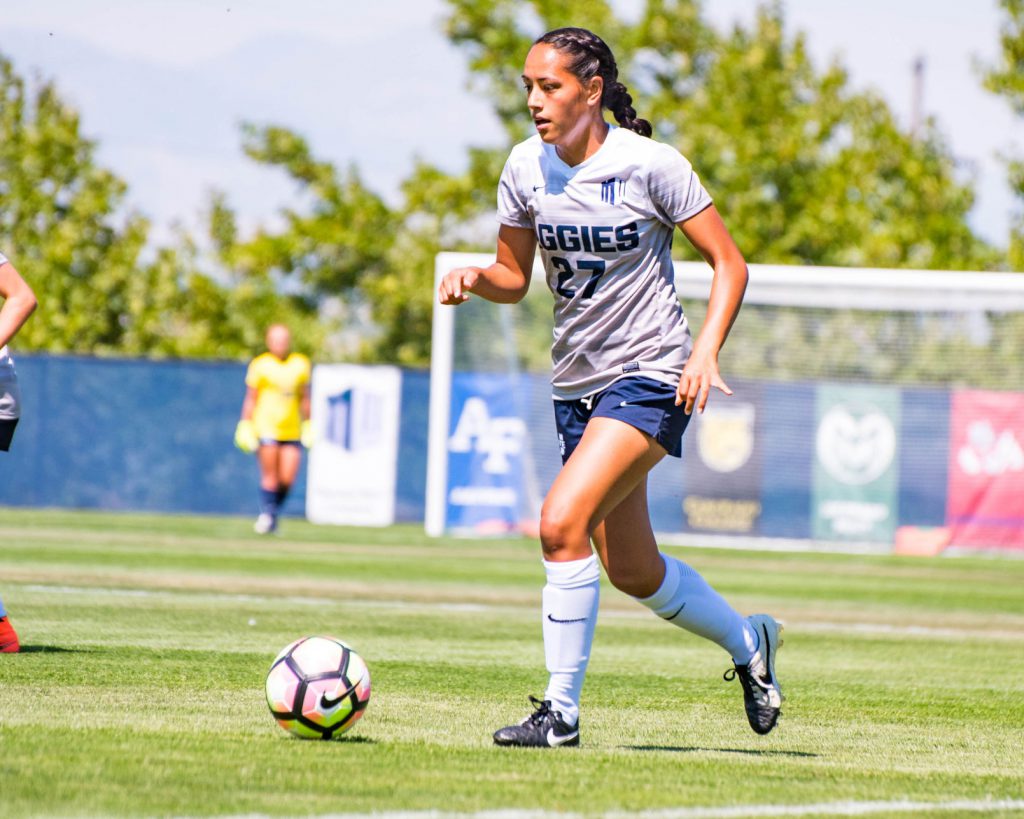 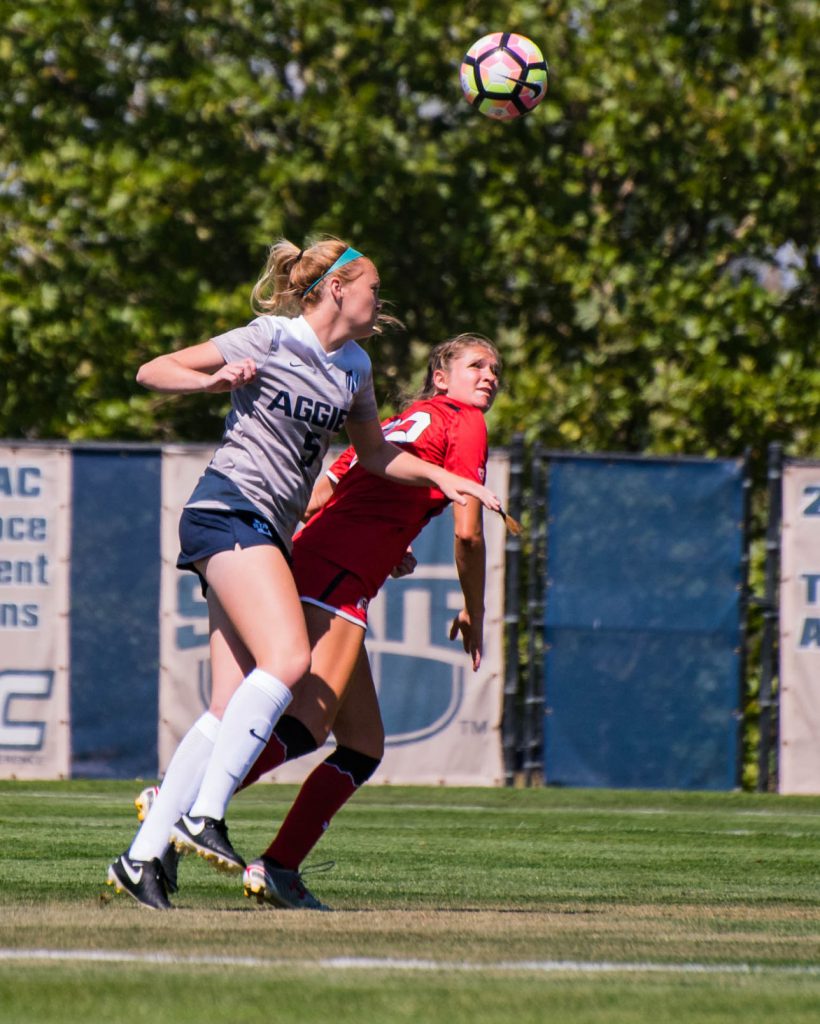 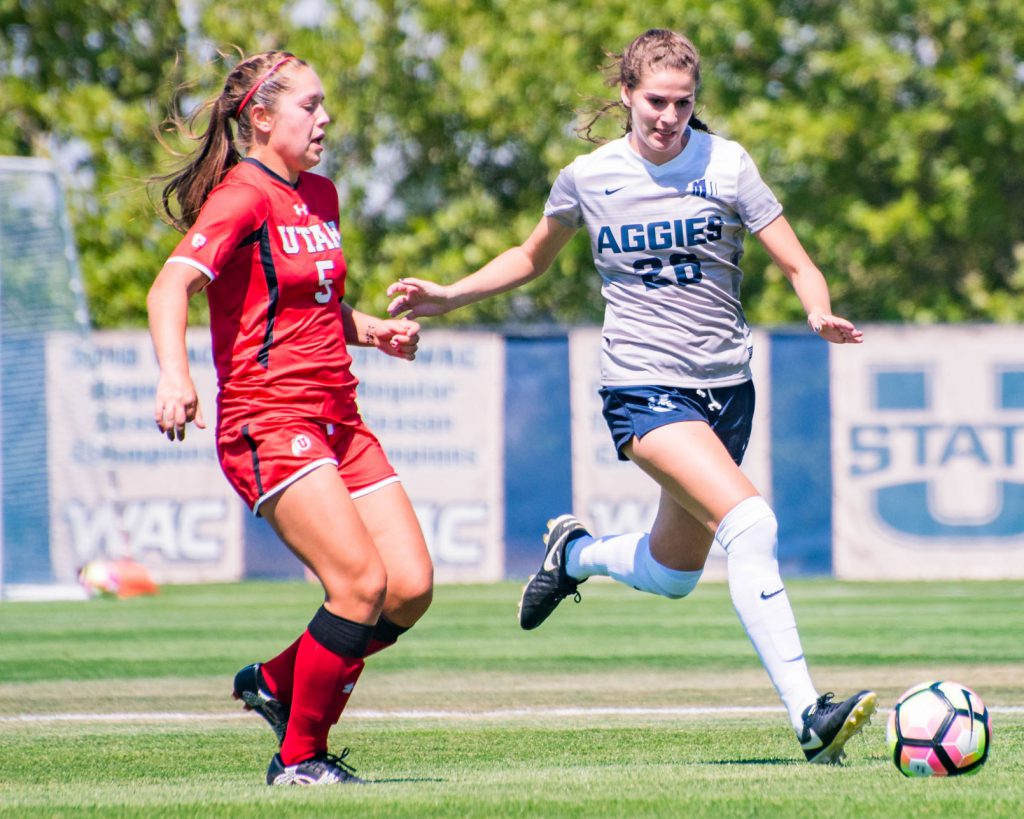 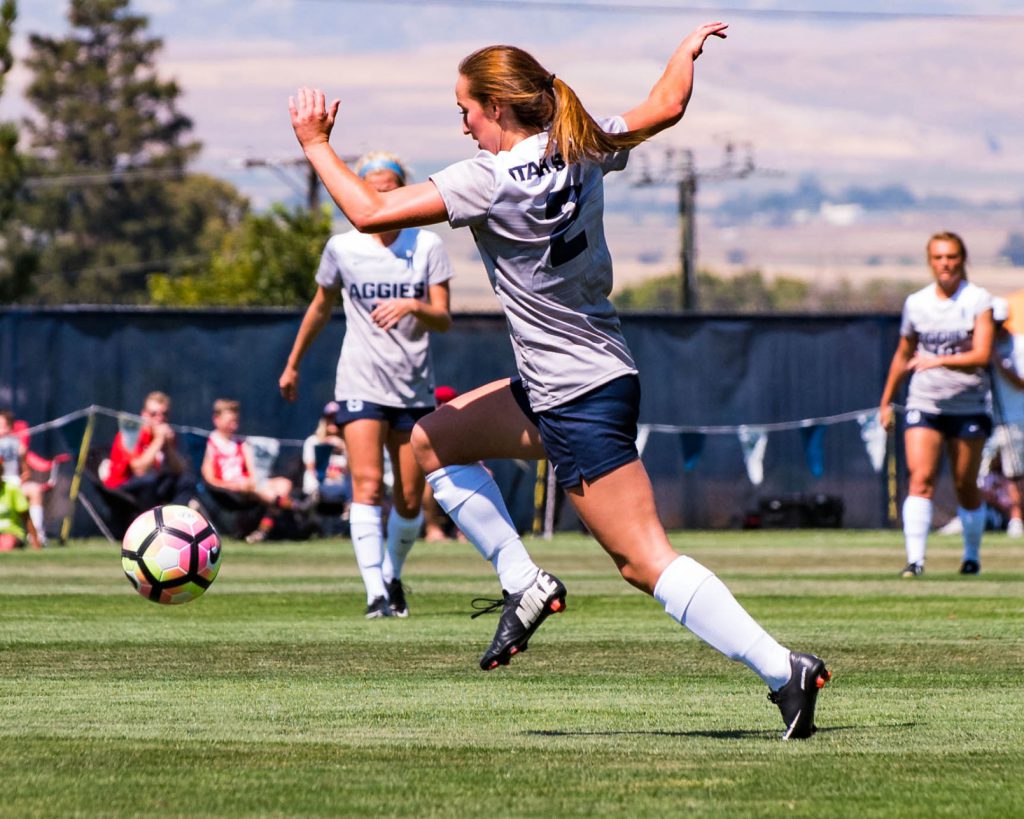 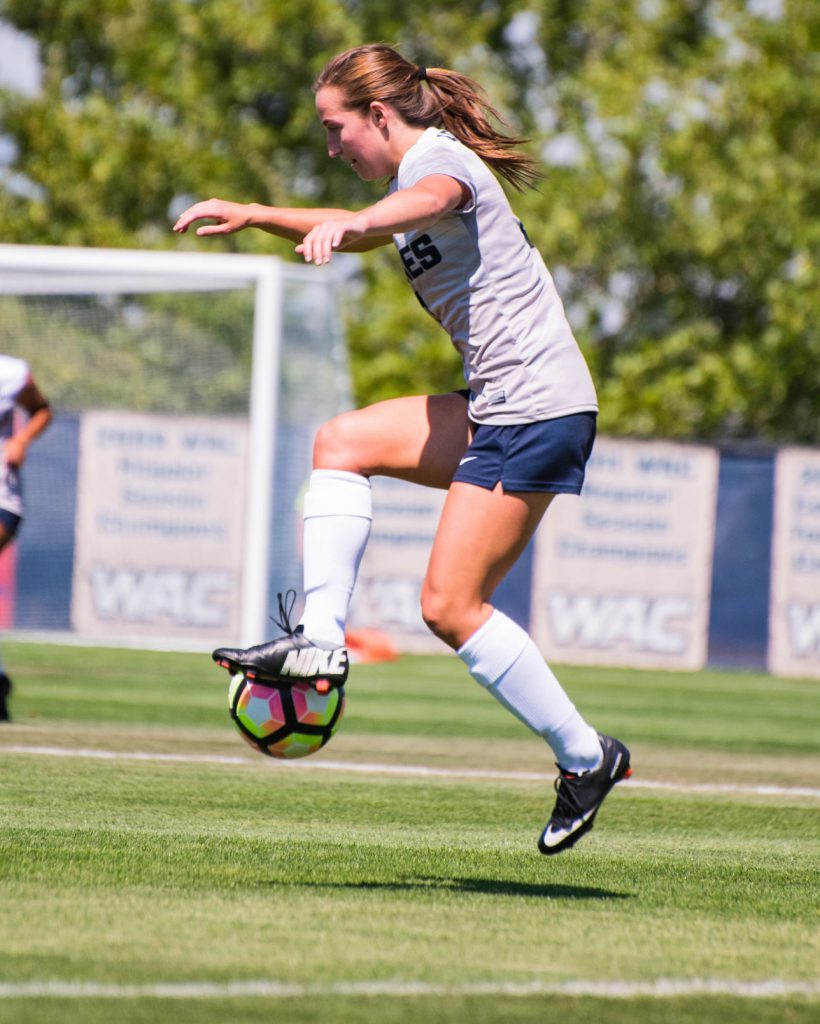 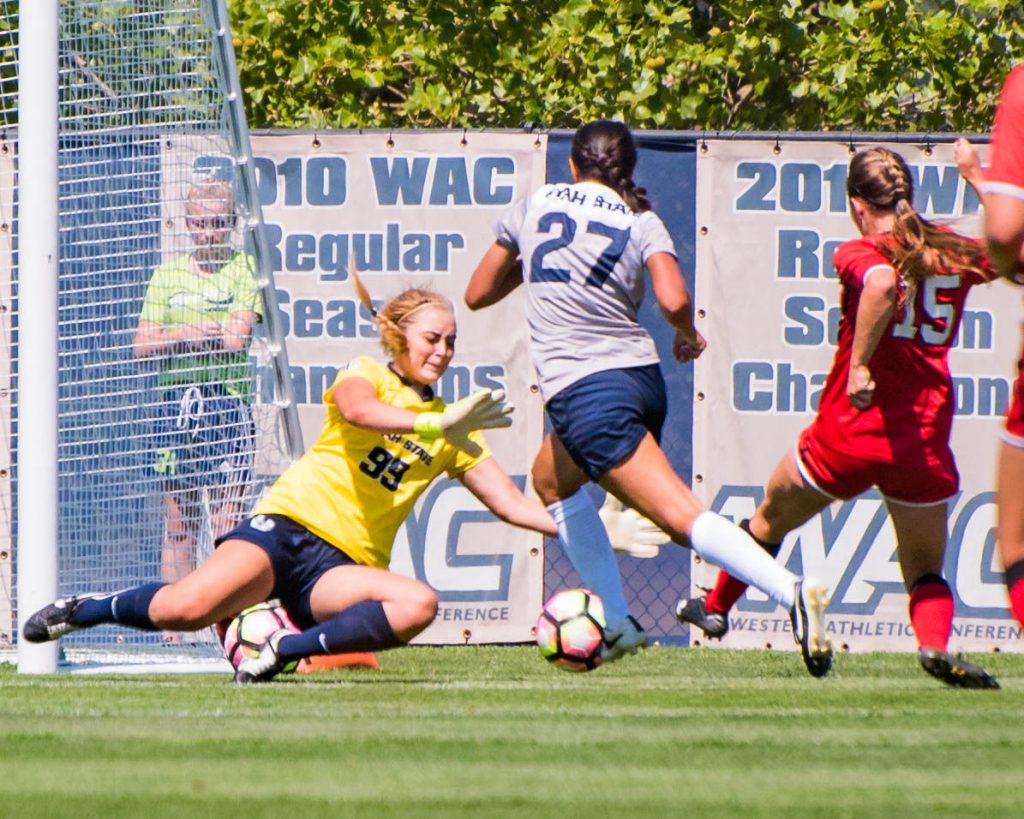 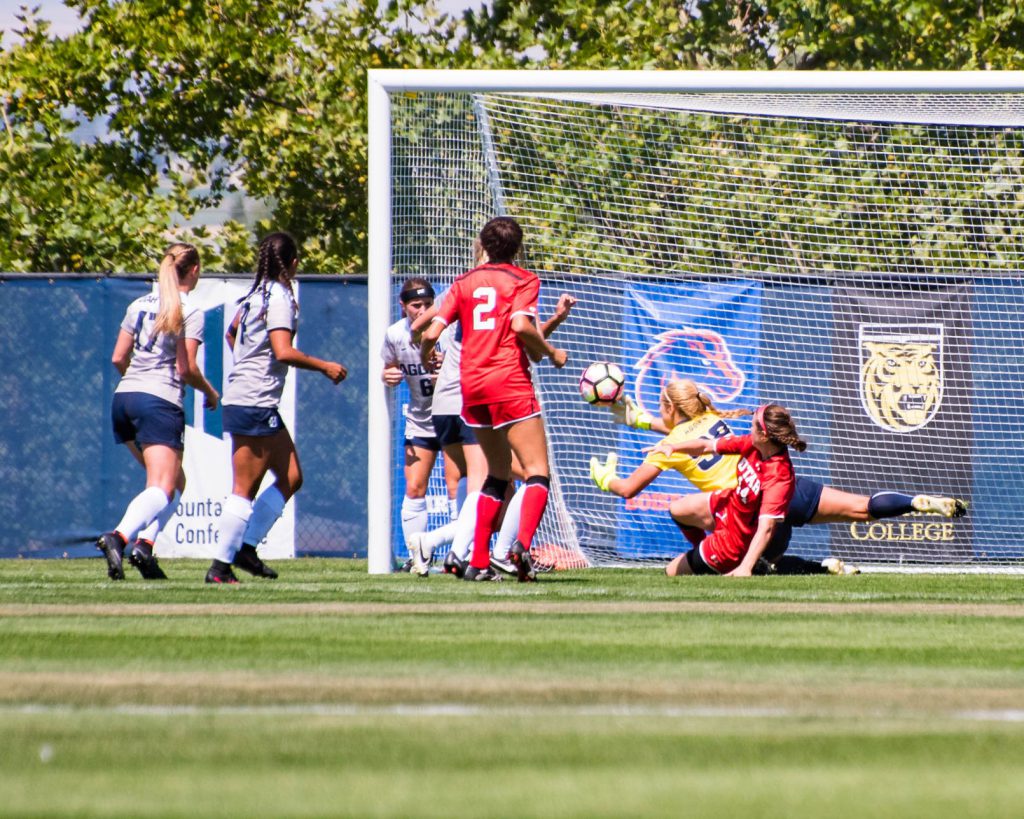 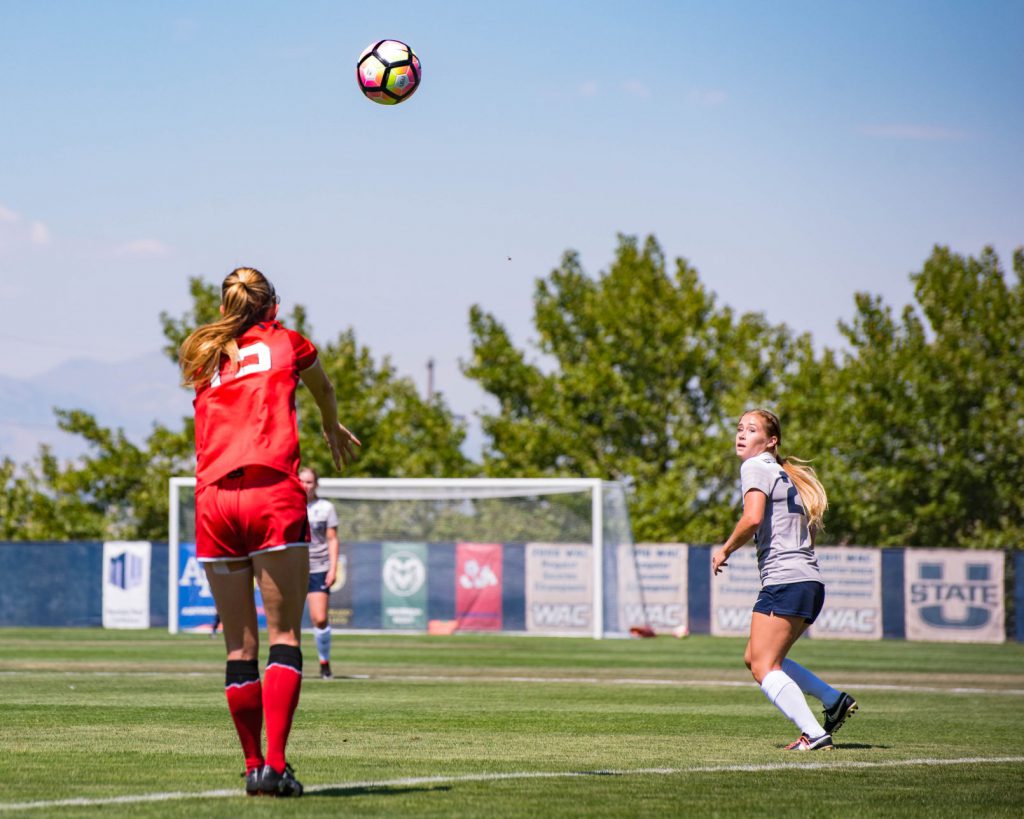 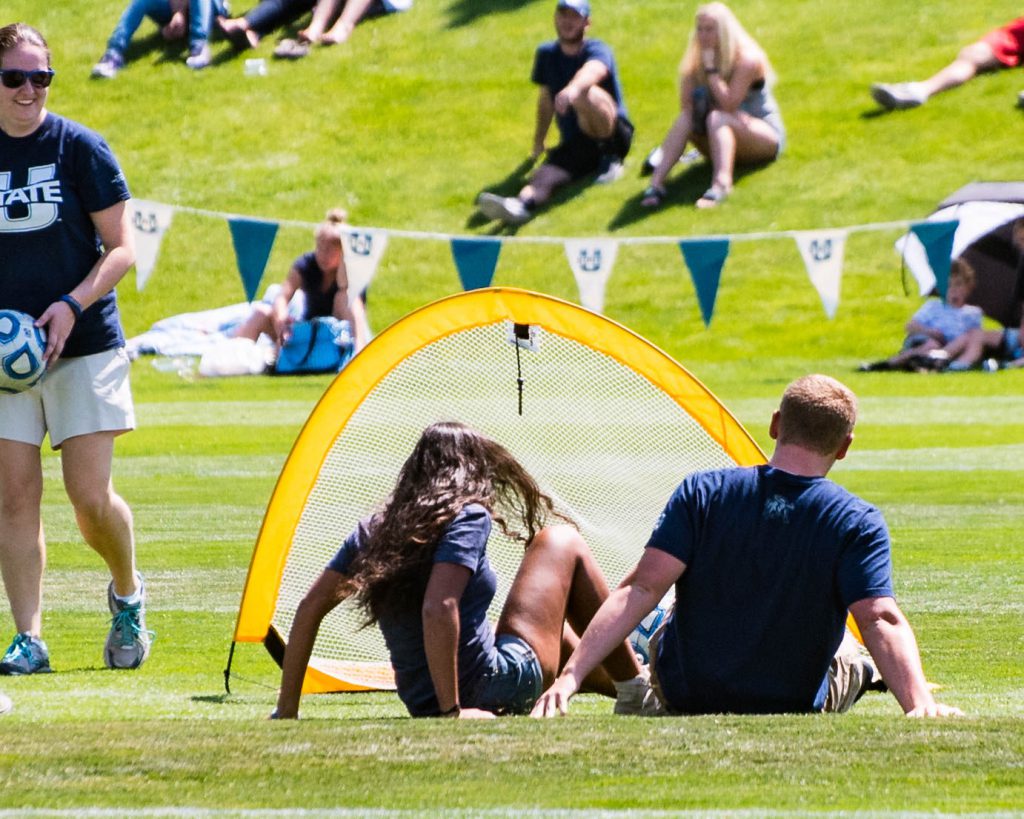 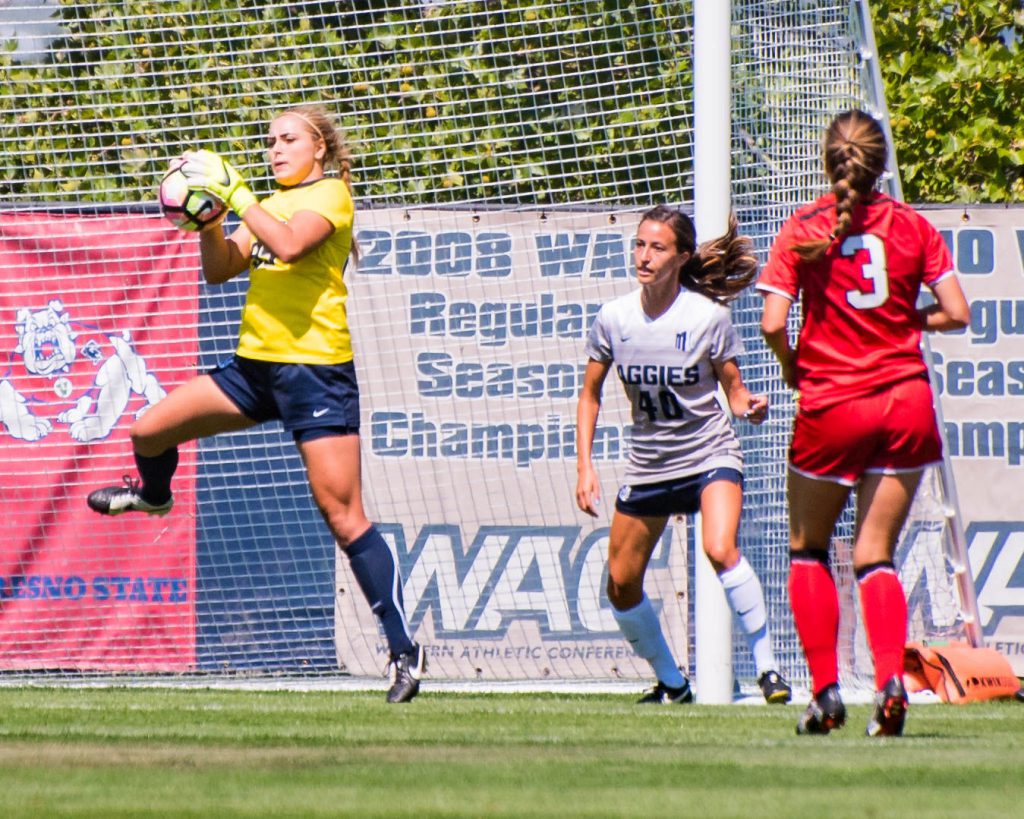 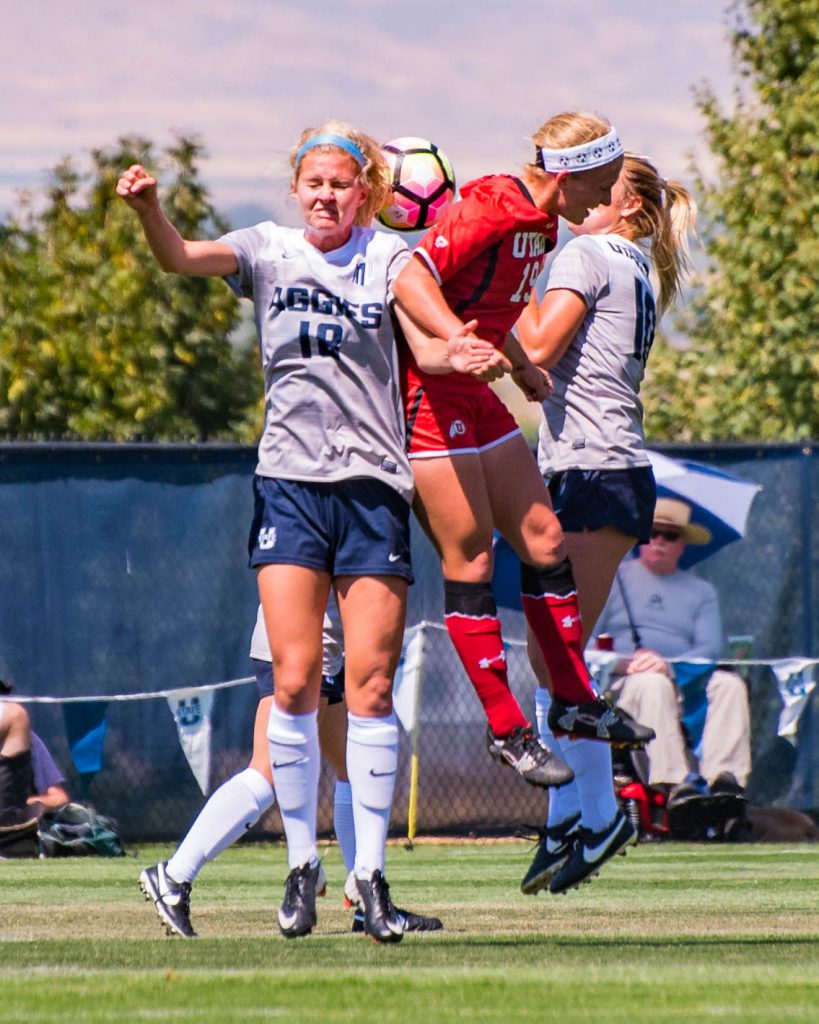 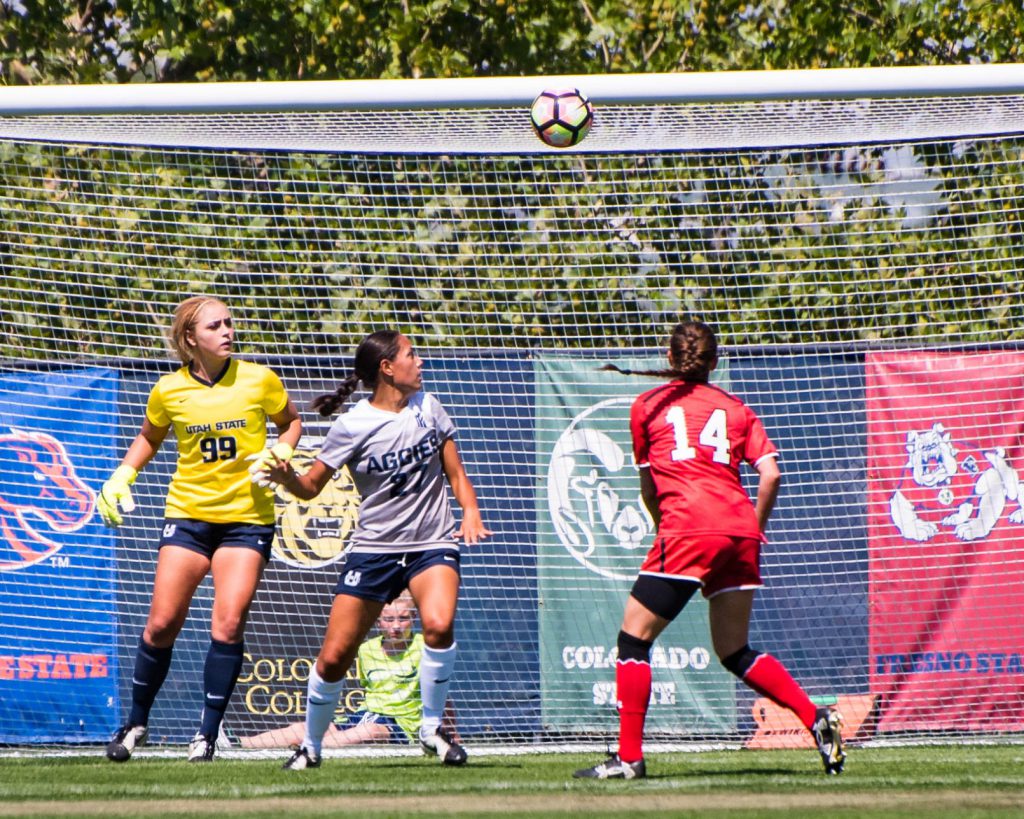 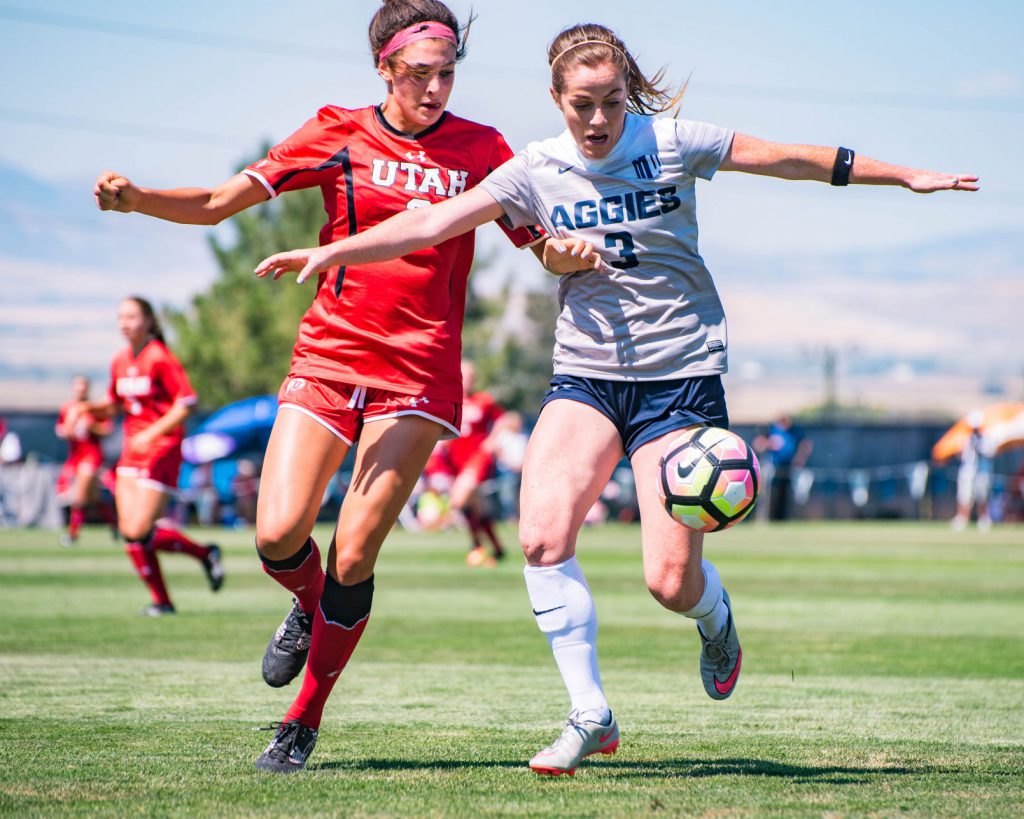 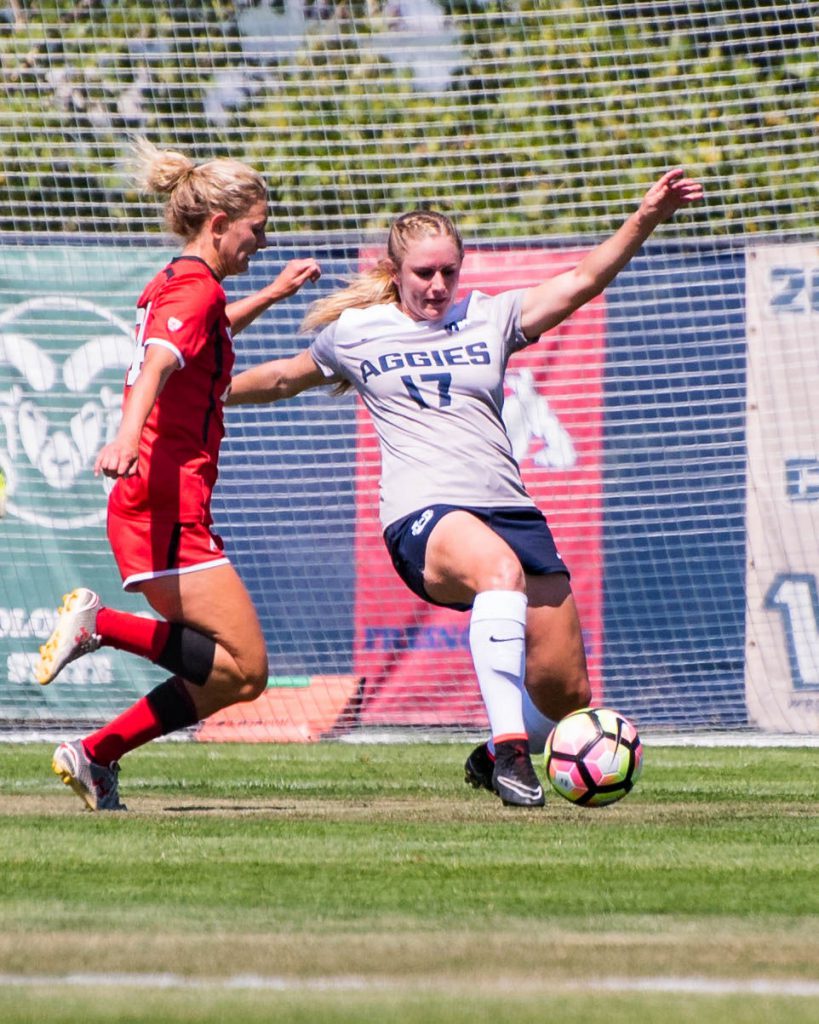 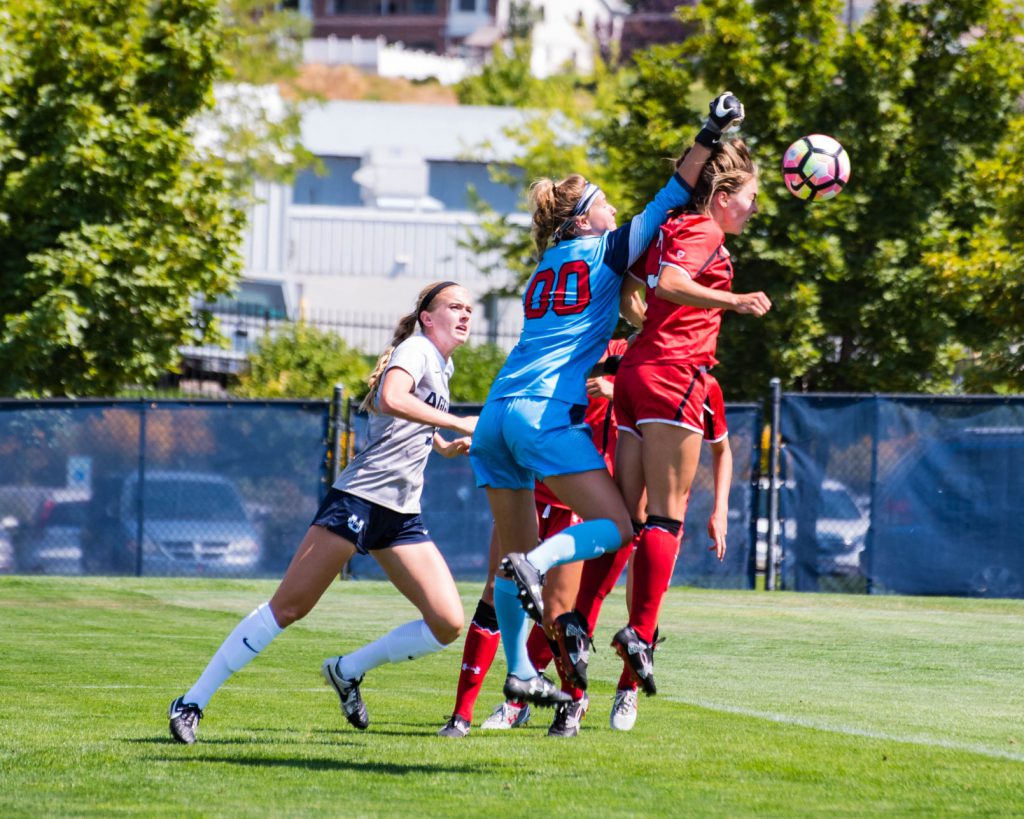