“Good overall win,” head coach Matt Wells said, “Good start for us … That’s a Weber State team that I think is going to make a run in the Big Sky.”

Quarterback Kent Myers completed 11-of-17 passes for 100 yards. USU picked up 428 yards on the ground. The Aggie defense was able to hold Weber State to just 108 yards rushing and 137 passing.

“The defense played well, I thought,” senior safety Dallin Leavitt said. “Obviously there are some things with a little tweak that we need to make, but we played hard for most of the first half.”

After the Aggie defense forced a three-and-out to start the game, an Andrew Rodriguez 22-yard punt return gave USU the ball on the Weber State 34-yard line. Two straight runs, a 16-yarder by Myers and an 18-yarder by Mays gave USU its first touchdown less than three minutes into the game.

“I thought (Mays) did a nice job bouncing around,” Wells said. “It was a nice job by those two on the O-line, Jake (Simonich) and Preston (Brooksby).”

The Wildcats took 6:08 off the clock before punting to the Aggies again. USU moved the ball 85 yards in 13 plays for another touchdown. Mays, who finished the drive on an 18-yard run, ran the ball five times for 61 yards during the drive.

Mays did it again the next time the offense took the field. He got his third touchdown of the game on the first play from scrimmage in the second quarter when he took the handoff and sprinted 61 yards into the endzone.

After a 23-yard field goal by Wildcat kicker Taylor Hintze went wide left, the Wildcats were able to force a punt and get on the board their next drive out. Quarterback Jadrian Clark completed a 25-yard pass to Andrew Vollert, who was brought down just short of the goal line. Running back Treshawn Garrett finished the drive two plays later. The extra point attempt failed, giving USU a 21-6 halftime lead.

“We just kind of let up,” Leavitt said. “We felt comfortable. We were up 21-nothing and kind of just got comfortable.”

Mays started the second half the same way he started the first. He carried the ball five more times for 37 yards in the opening drive, but it was running back LaJuan Hunt who scored from nine yards out.

USU started the next drive on the USU 37-yard line thanks to a Leavitt interception. After 10 plays and 49 yards Brock Warren hit a 31-yard field goal attempt.

“The ball came my way,” Leavitt said. “If the ball comes somebody’s way, they are expected to make that play.”

“(Hervey) has got some breakaway speed,” Wells said. “He got the chance to split them on the zone. I though Tonny Lindsey ran the ball well, and LaJuan (Hunt) made a nice run down there for a touchdown.”

Utah State will continue its season next Saturday in the Sunshine State when it takes on Southern California. 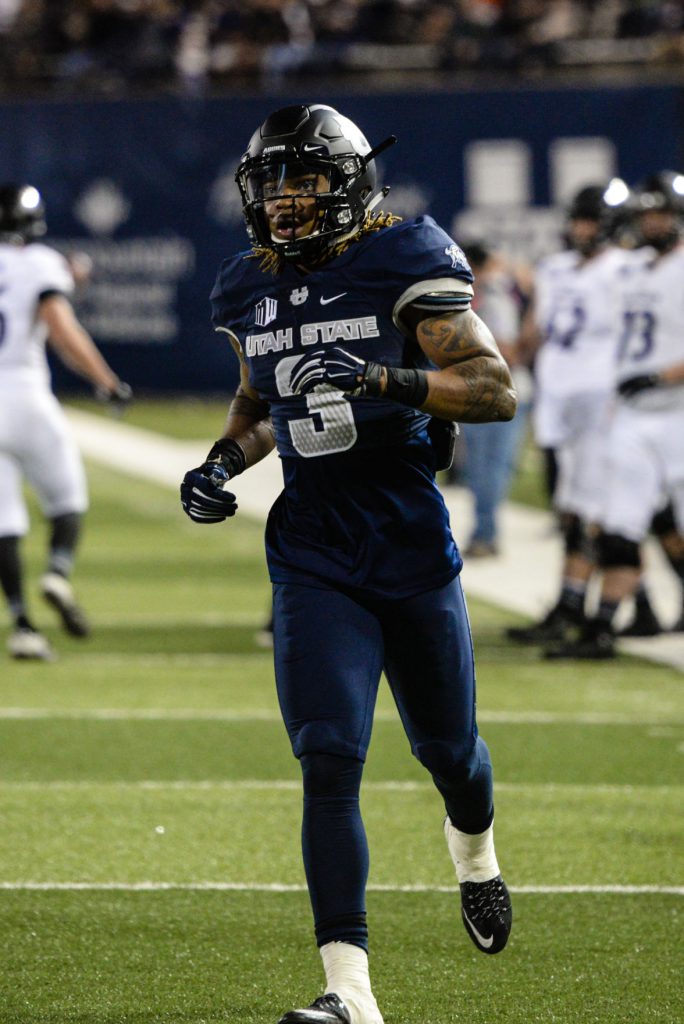 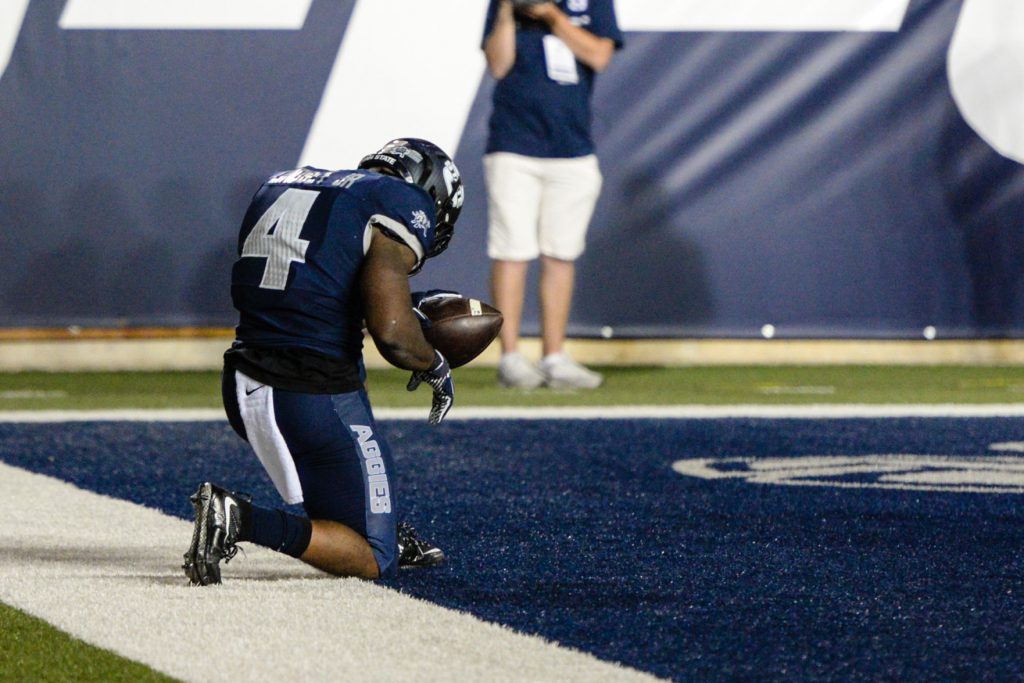 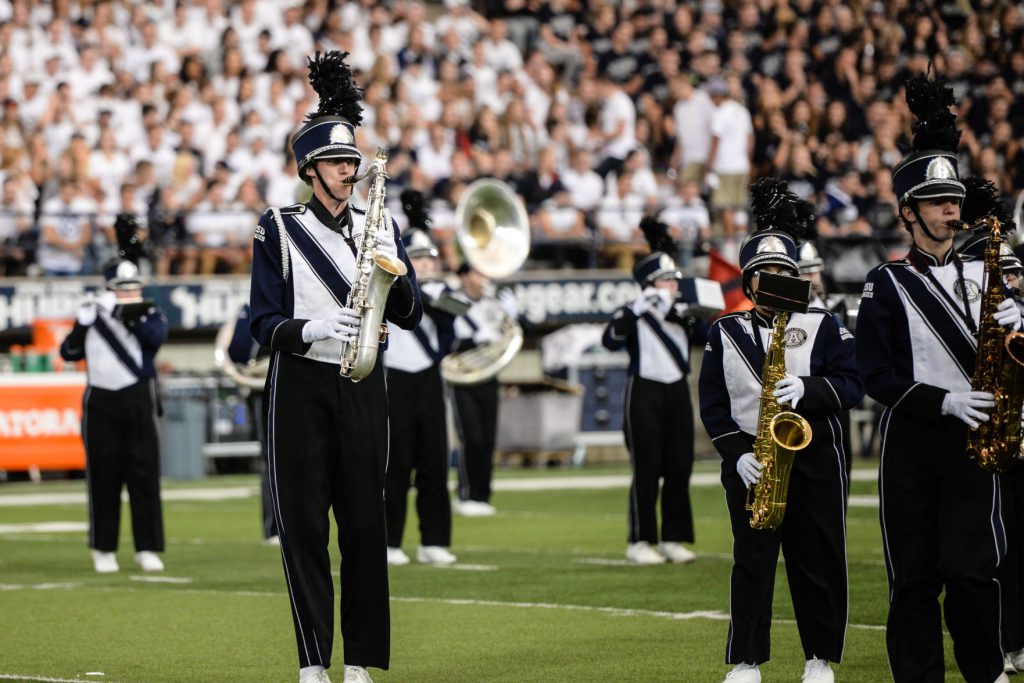 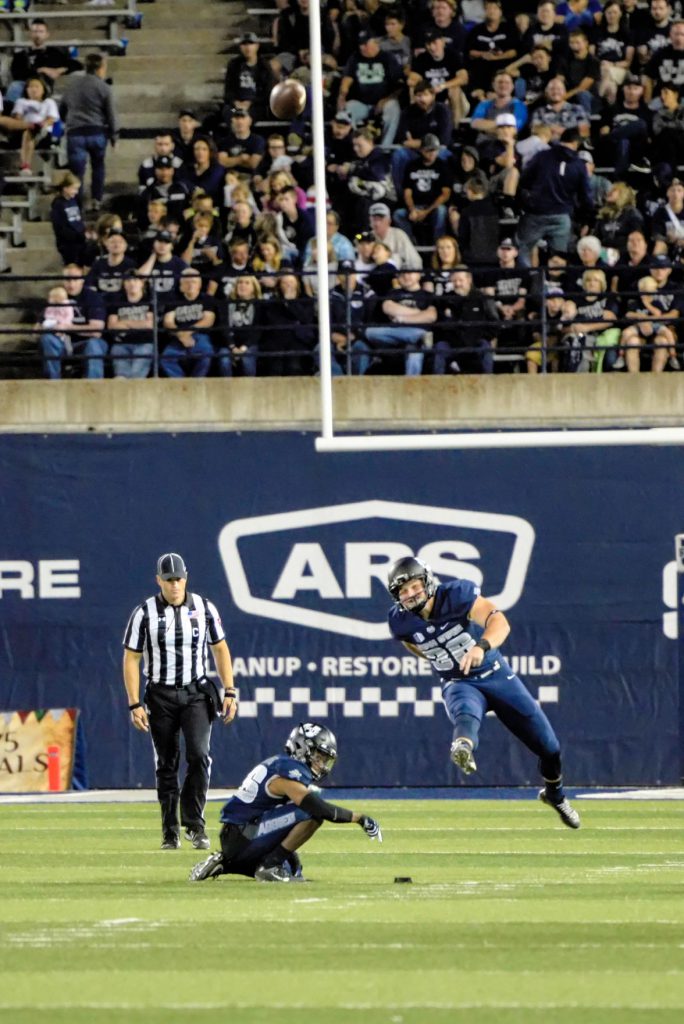 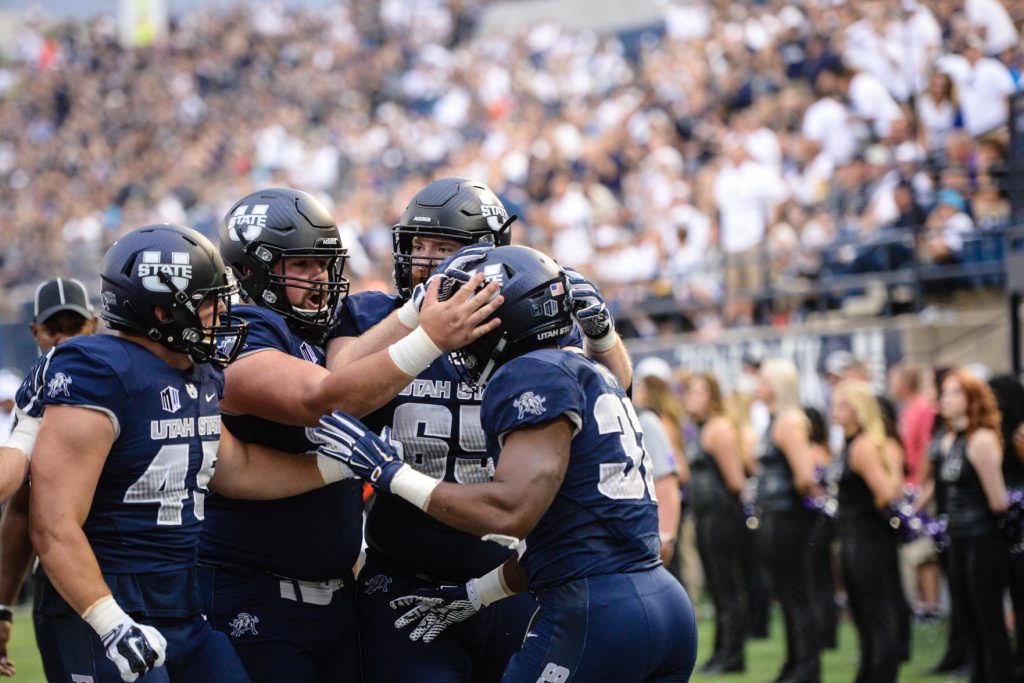 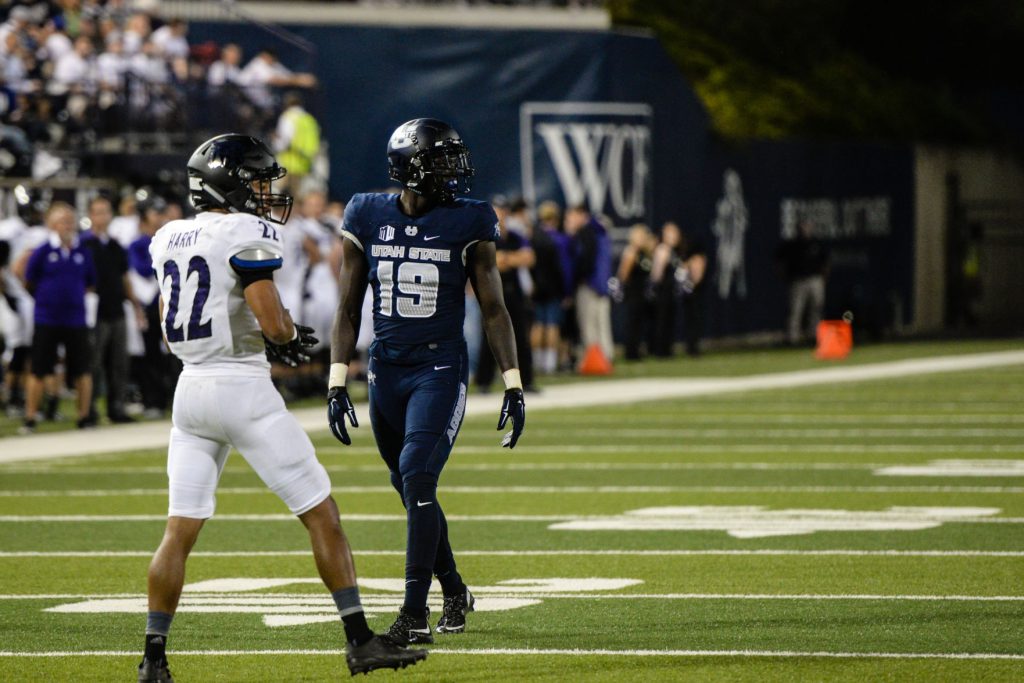 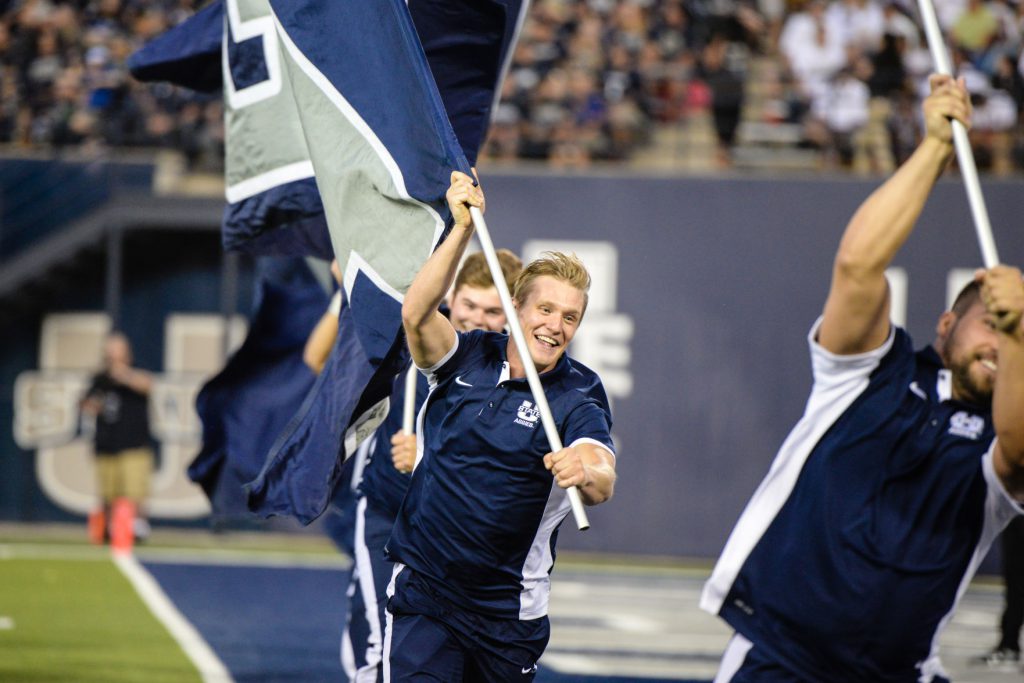 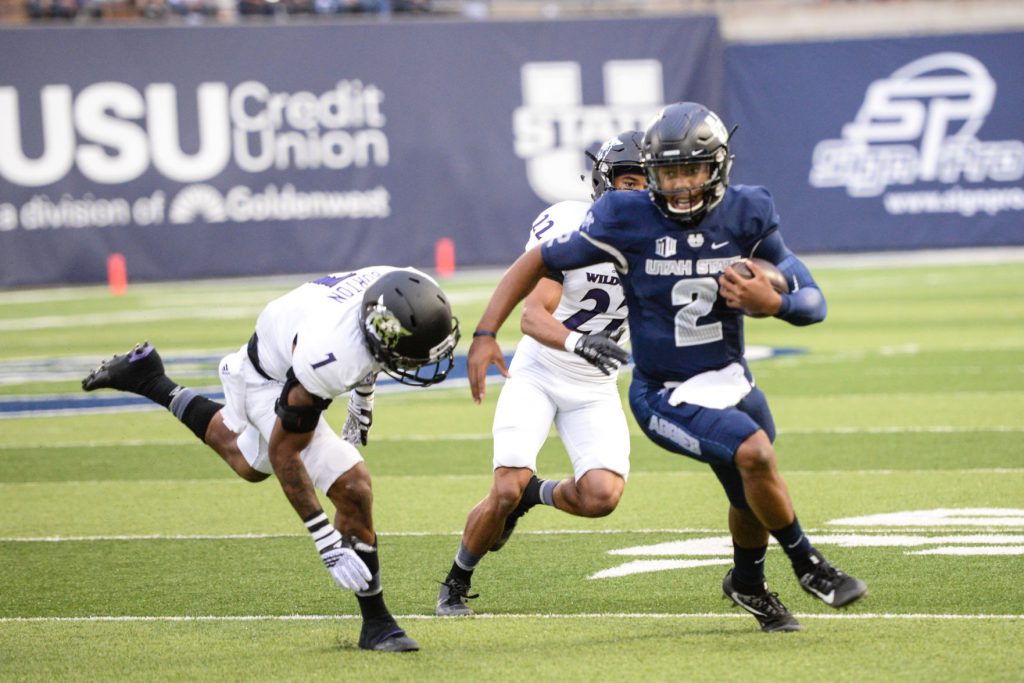 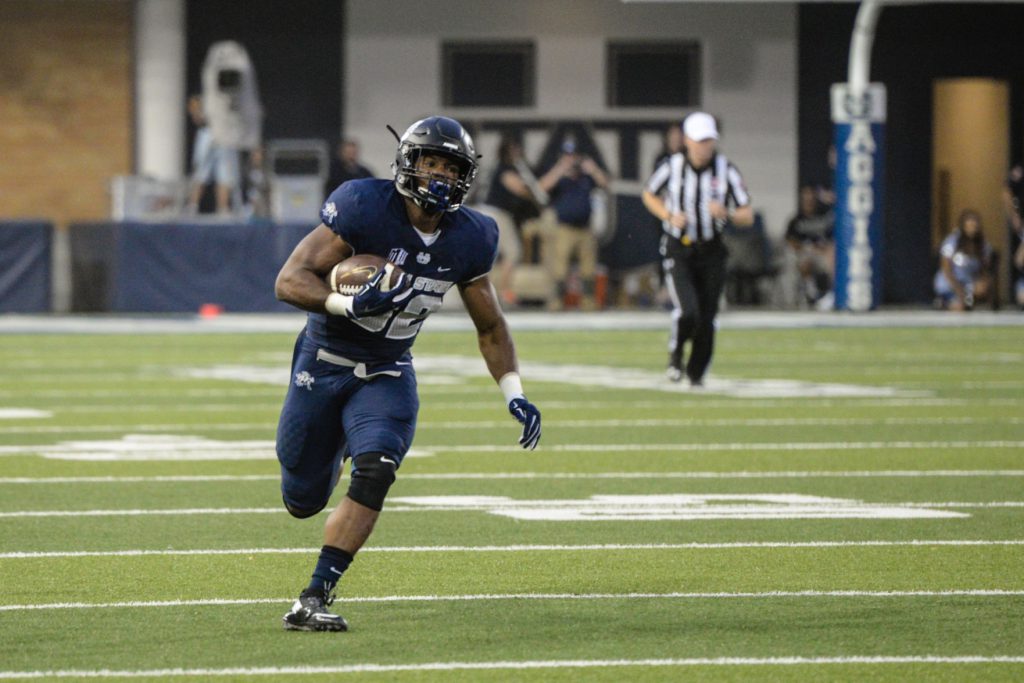 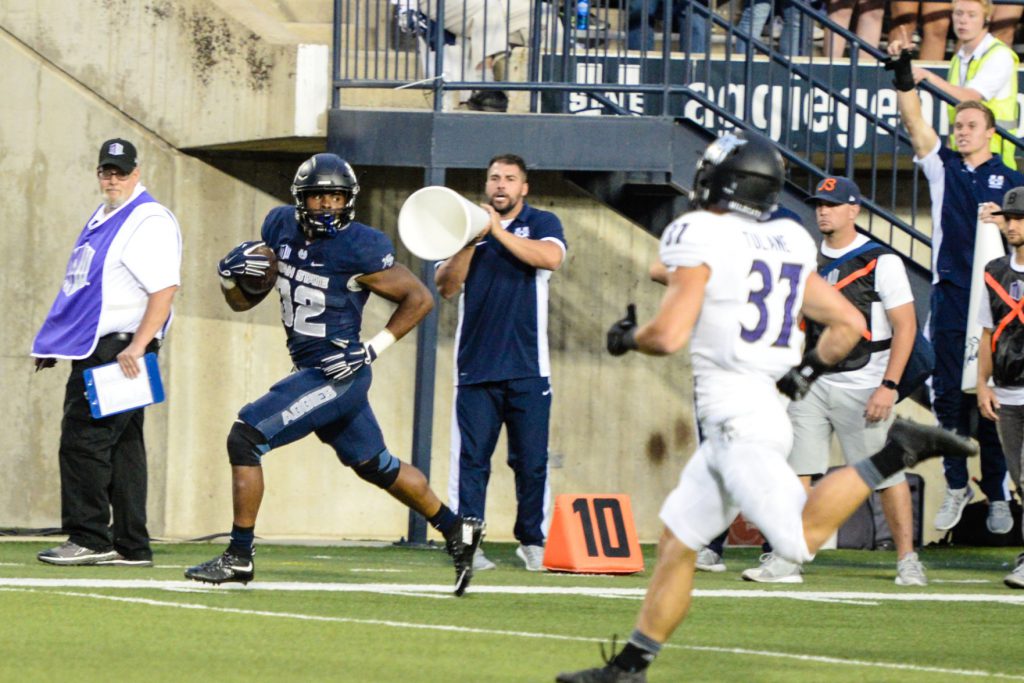 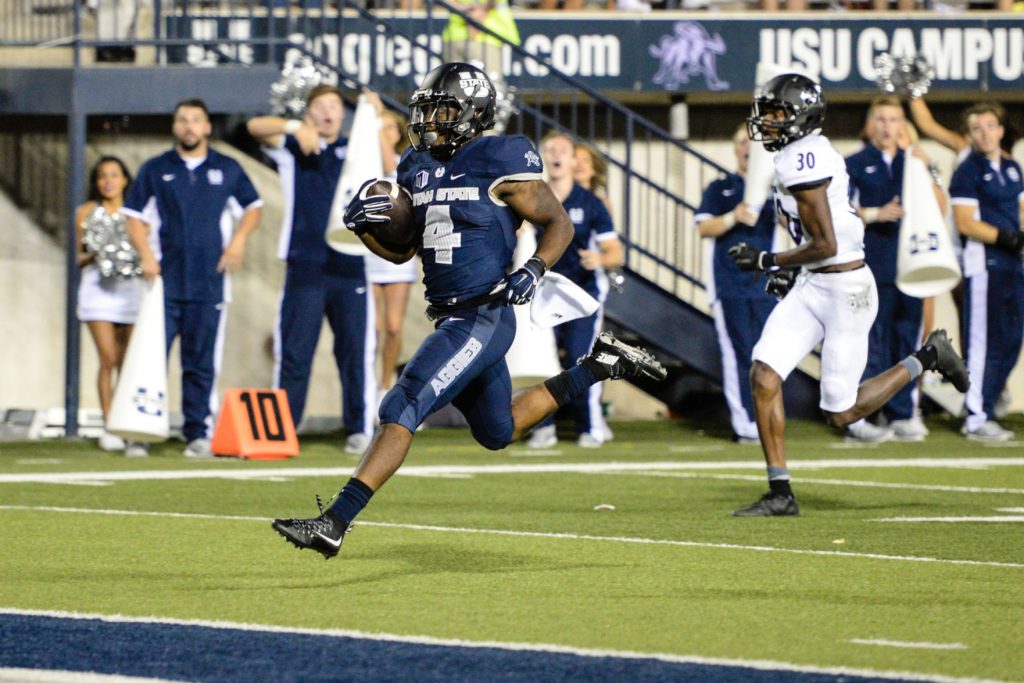 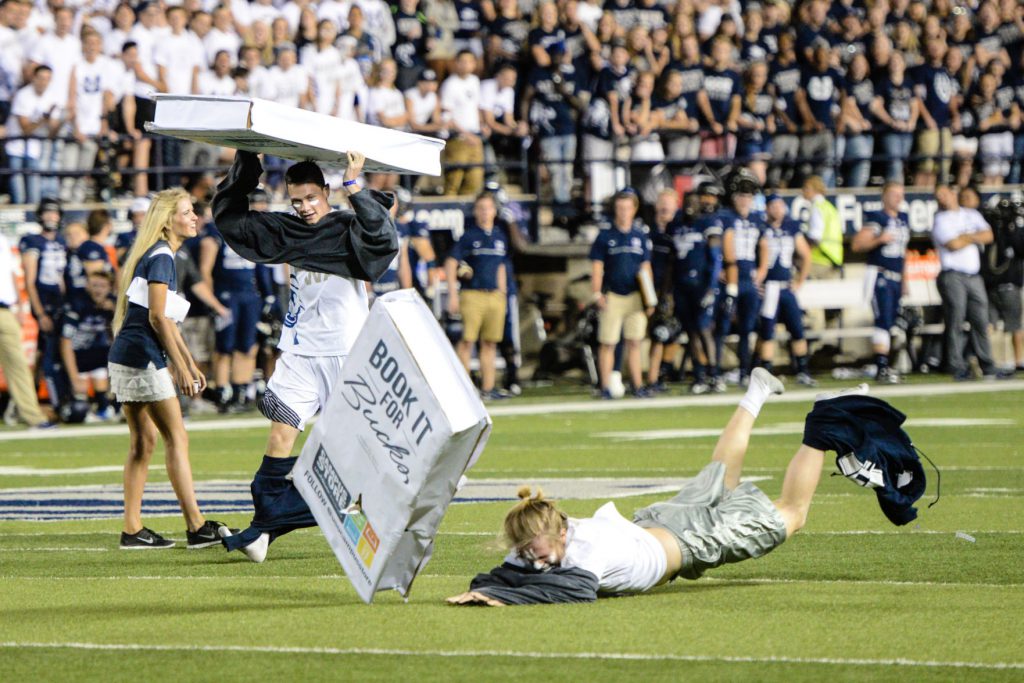 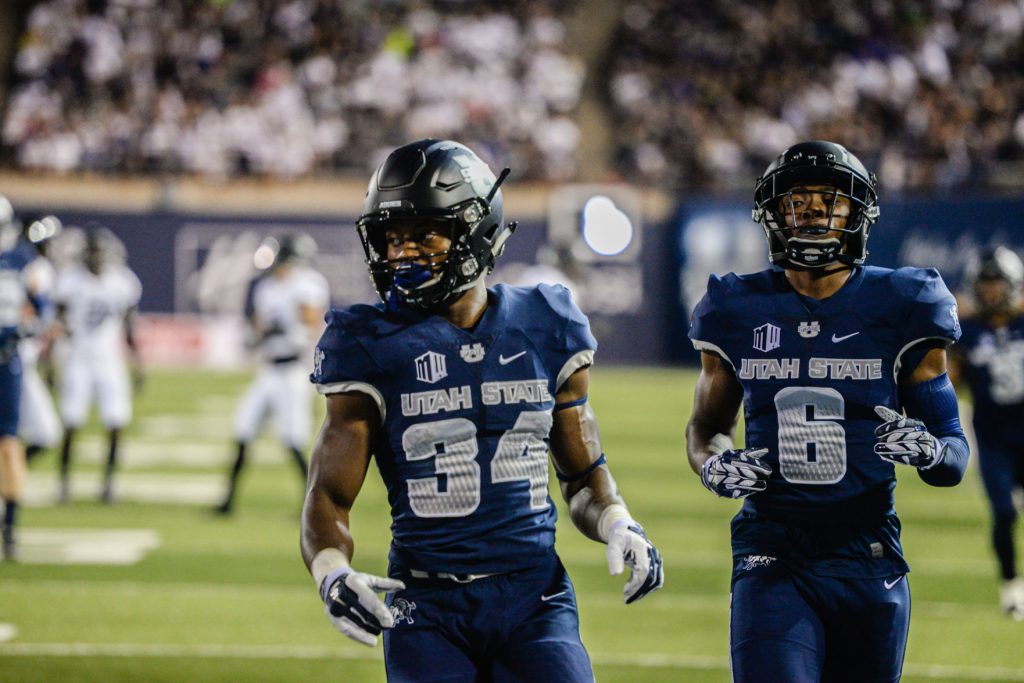 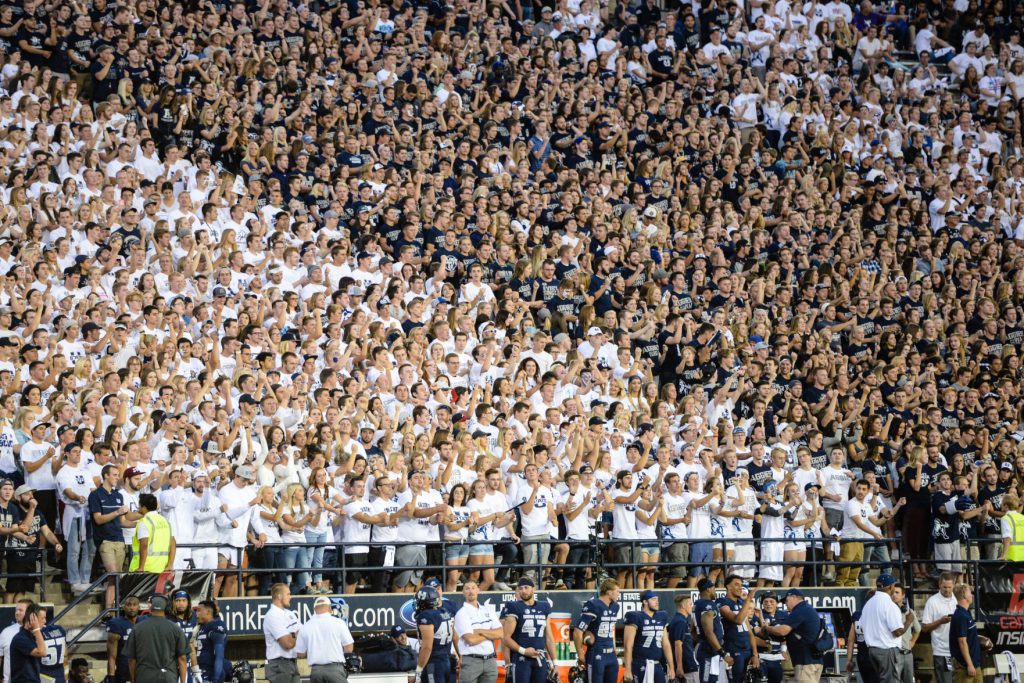 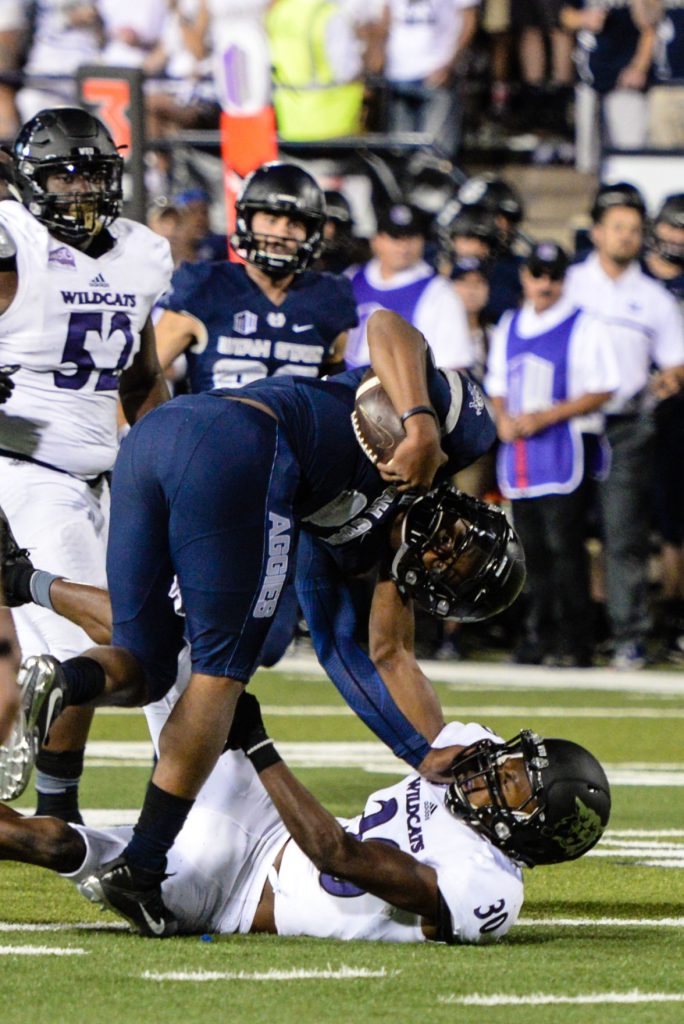 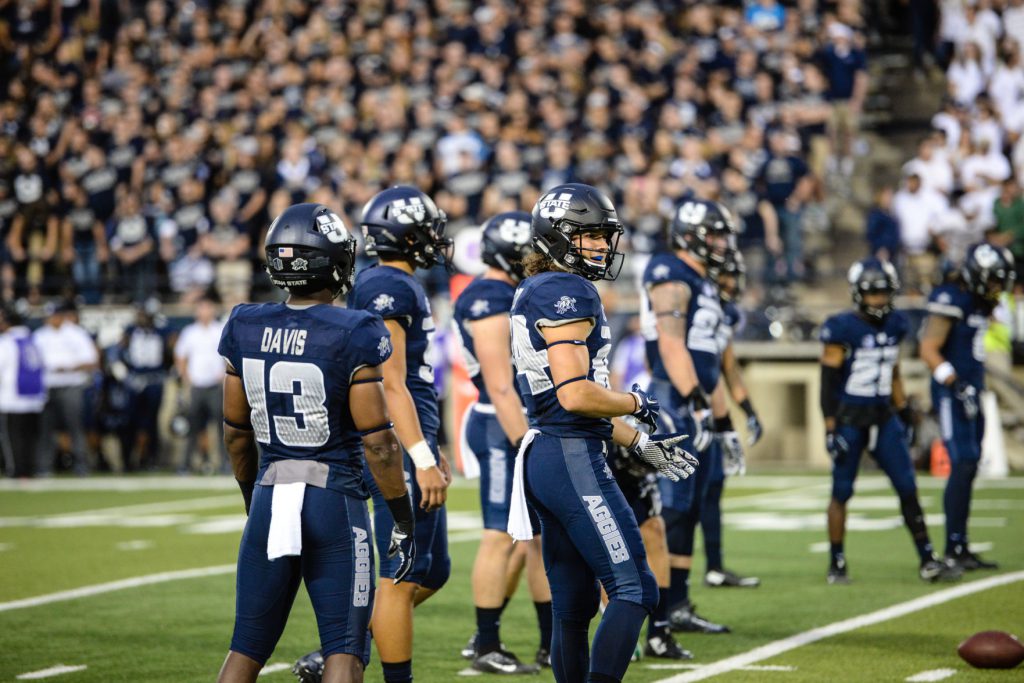 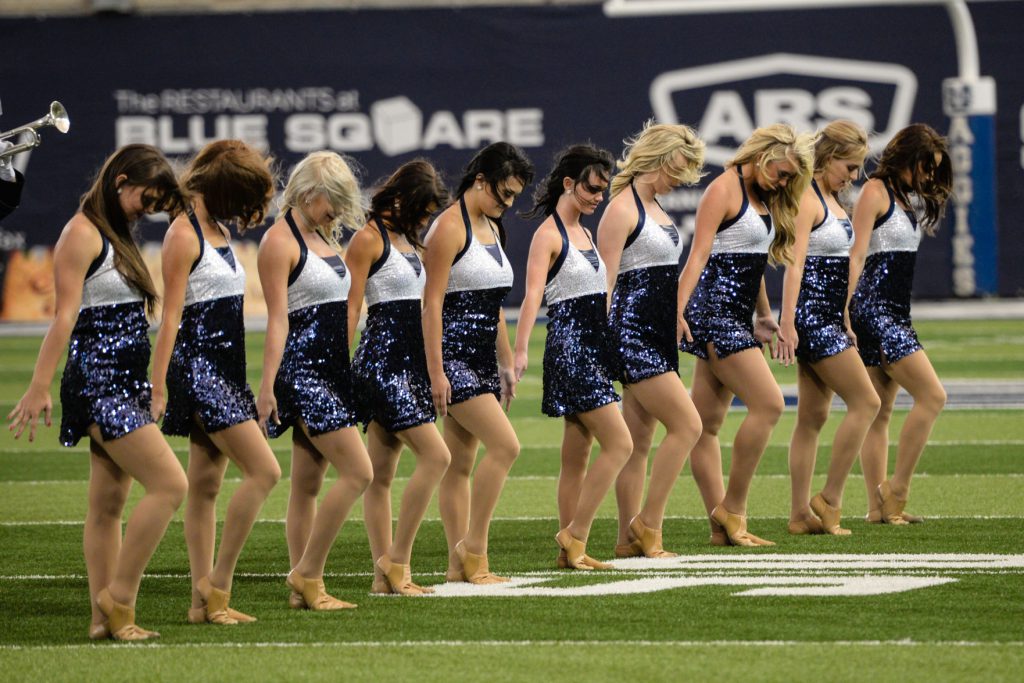 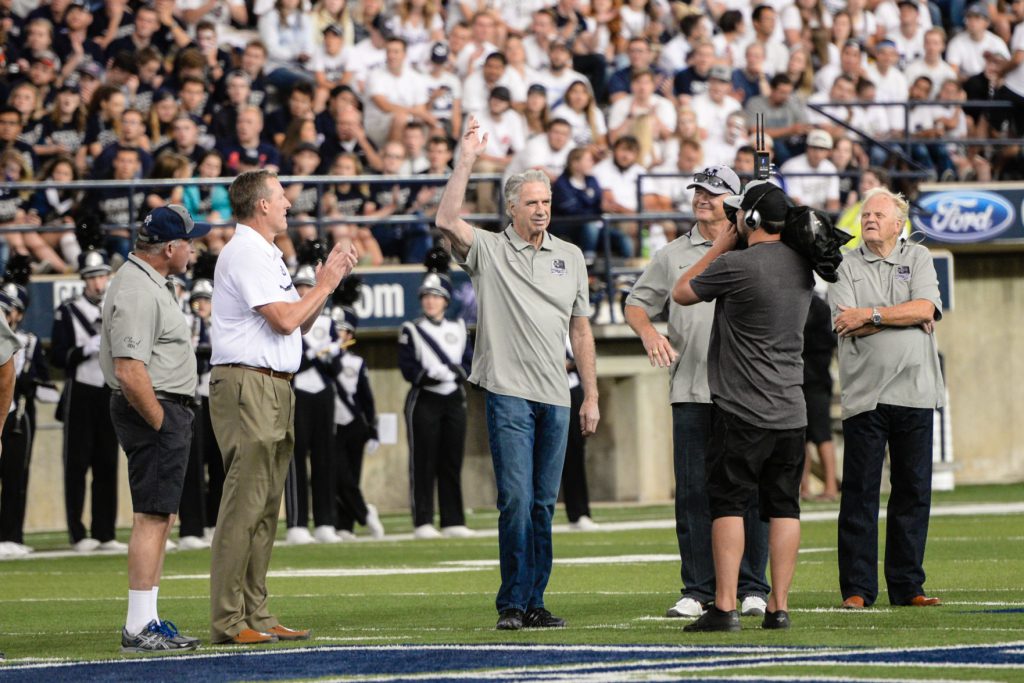 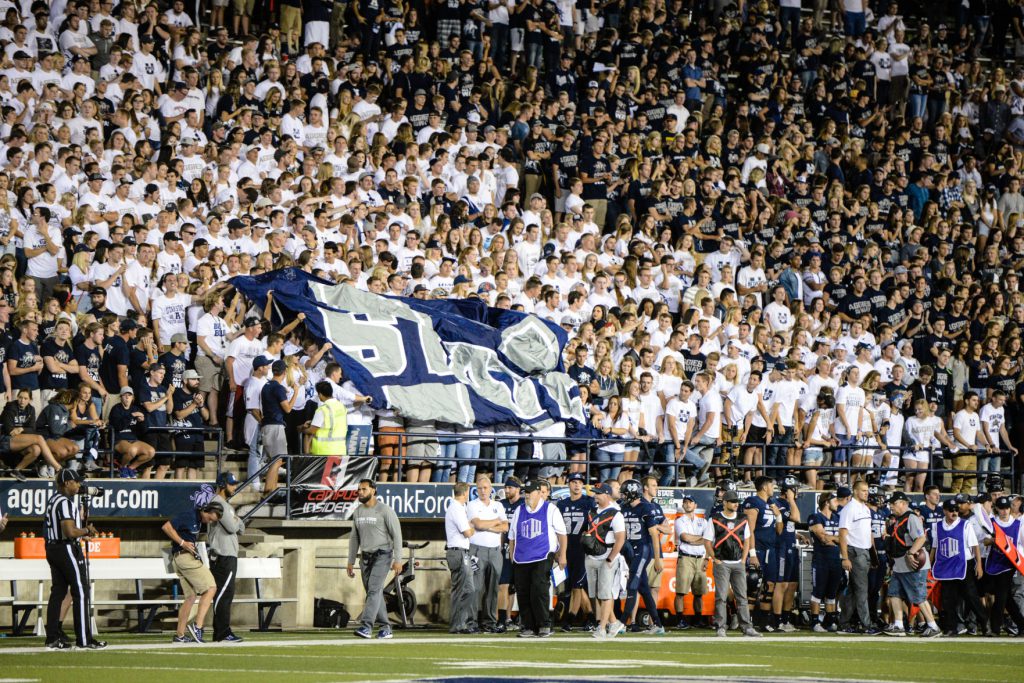 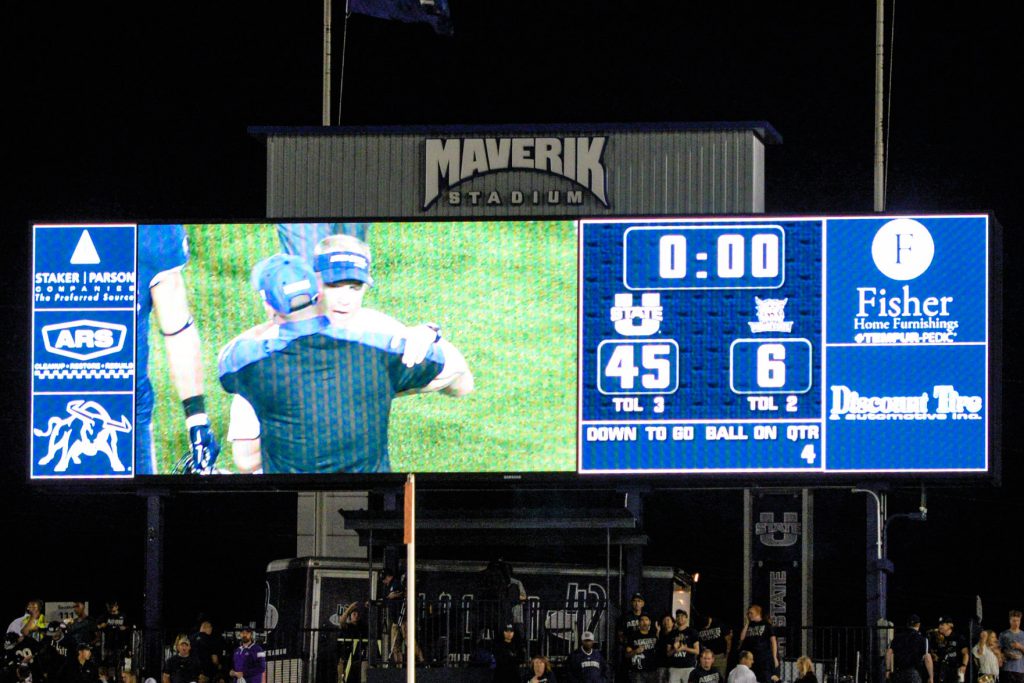 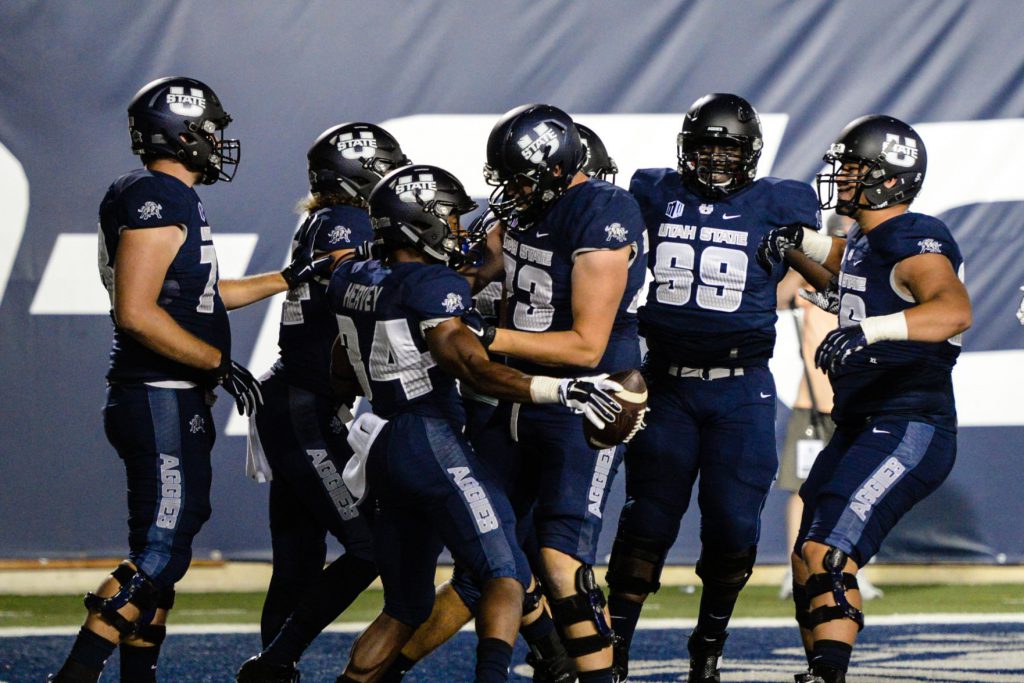 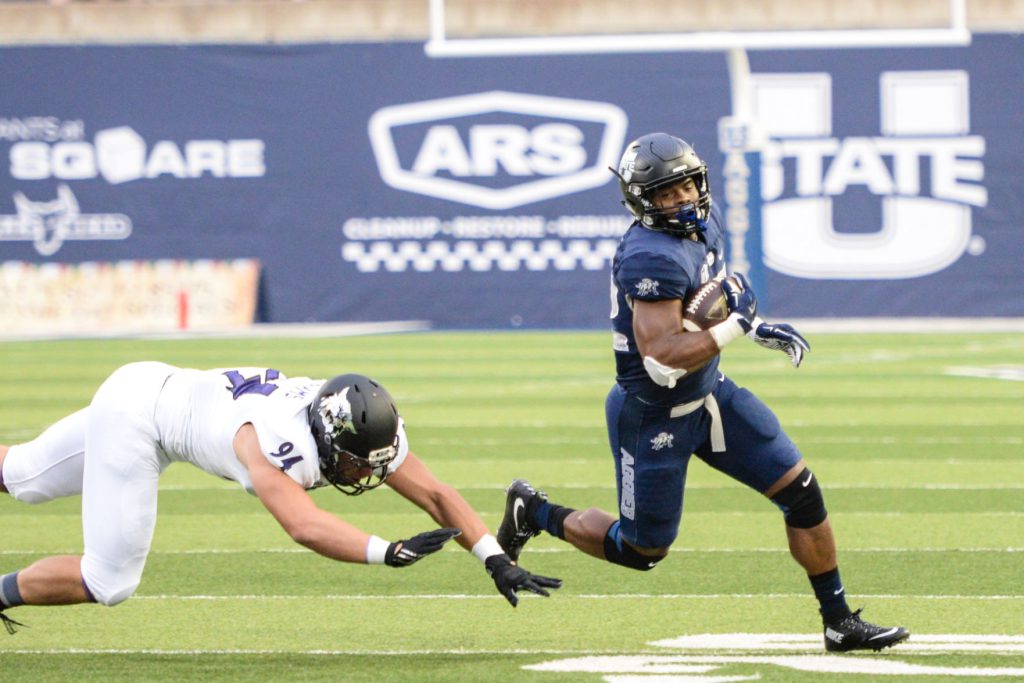