Despite dominating the nearly every statistical category Friday night in Garland, Box Elder had to fight hard to come away with a win over a never-say-die Bear River team, 20-6.

The Bees posted 253 yards of total offense, to Bear River’s 179. They only had one penalty for five yards and had 17 first downs to BR’s nine, but one stat jumped off the page. And that kept the game close to the end; turnovers. The Bees fumbled four times, losing three, while Bear River only had one turnover.

Those turnovers, most in the first half, kept the game close to the end.

Bear River got on the board first when Cole Croney nailed a 27-yard field goal 13 seconds into the second quarter. Box Elder answered back aided by three third down and one fourth down conversions. Quarterback Dylan Rodriguez found Traycer Wilson open for a 22 yard score with 7:31 to go in the second. The PAT failed, but the Bees had their first lead of the game.

For Bear River, quarterback Kaygen Canfield finished 6 of 22 for 72 yards, with one interception. Because of the Bees’ fierce pass rush, also was forced to scramble and did a great job netting 79 yards. 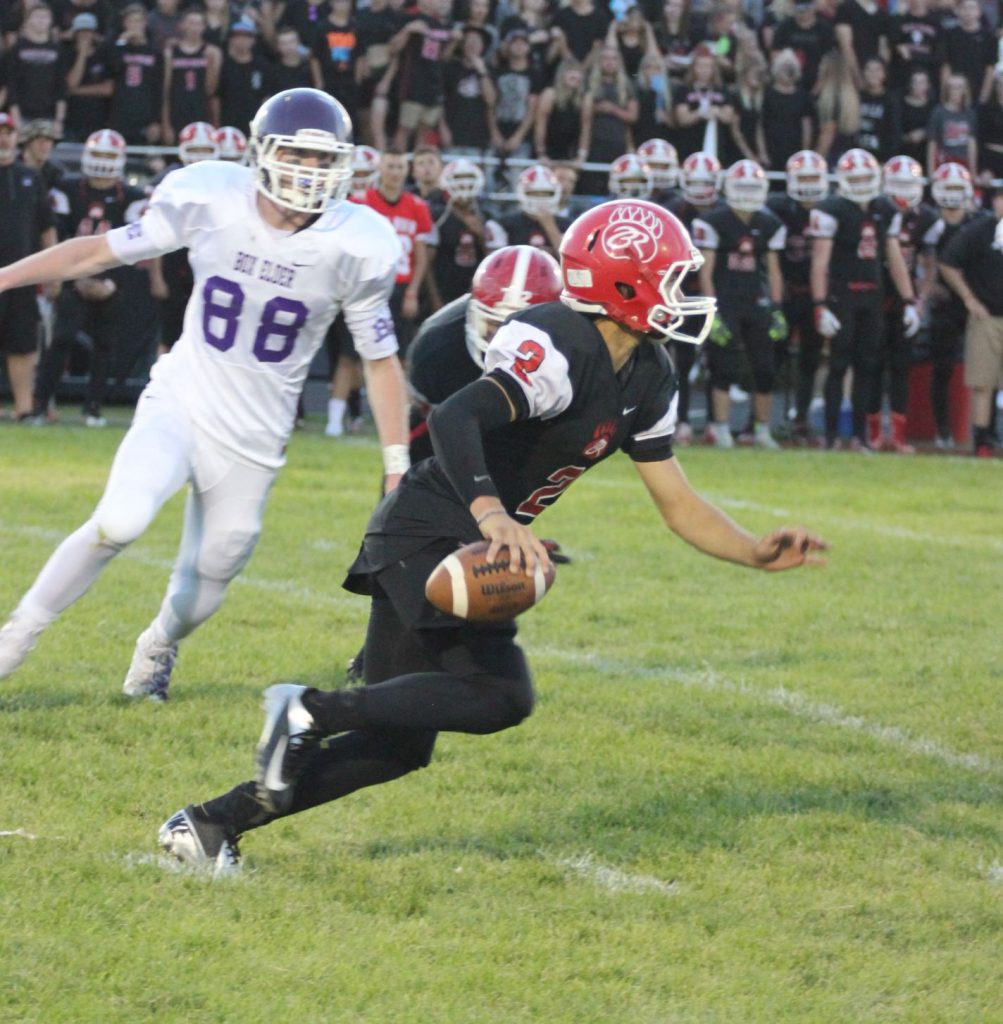 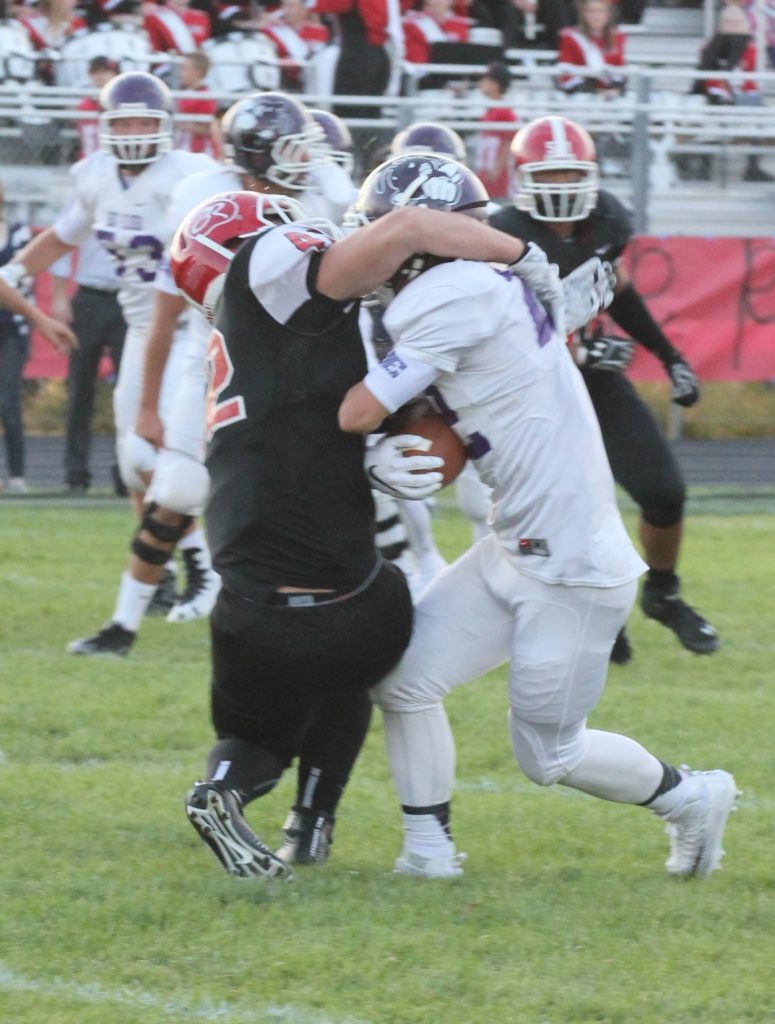 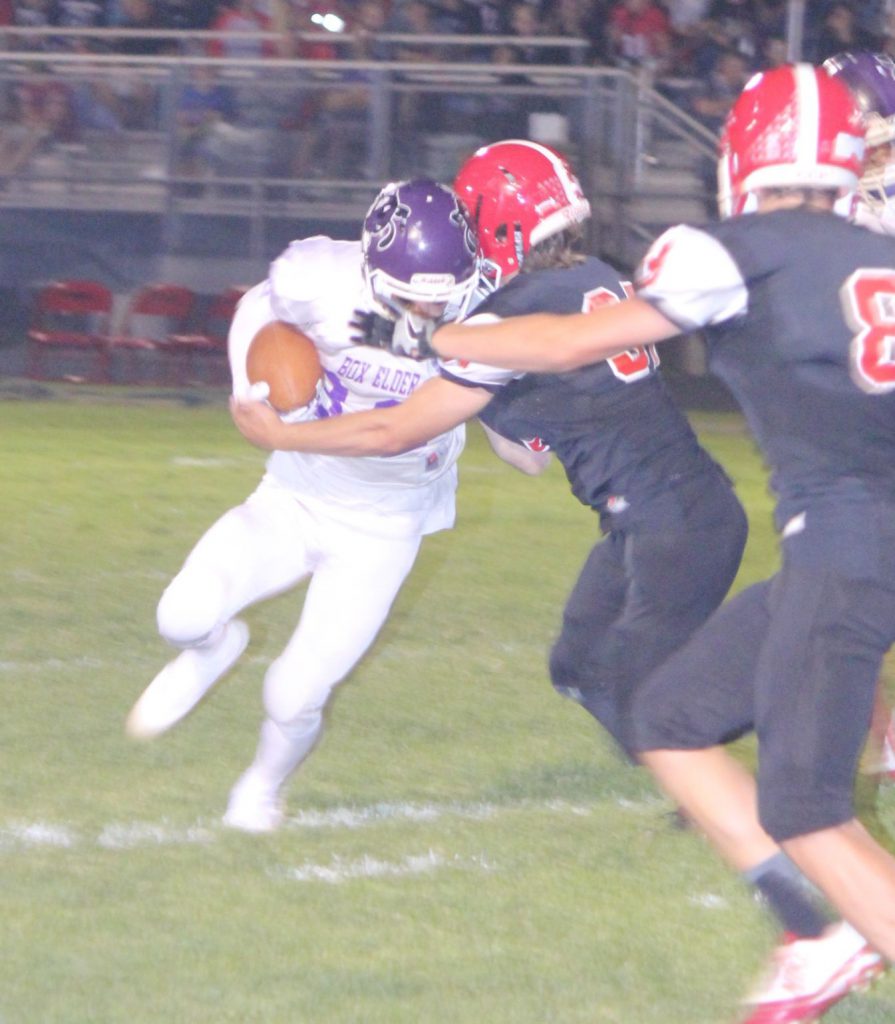 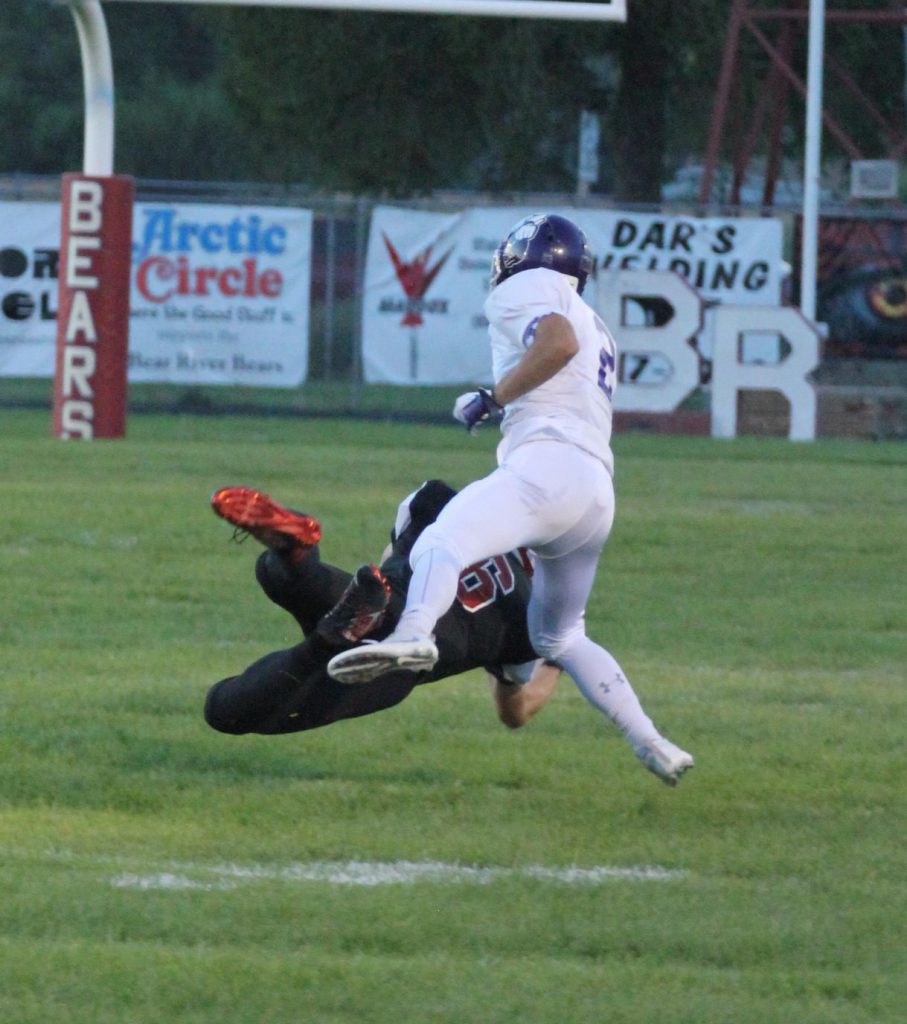 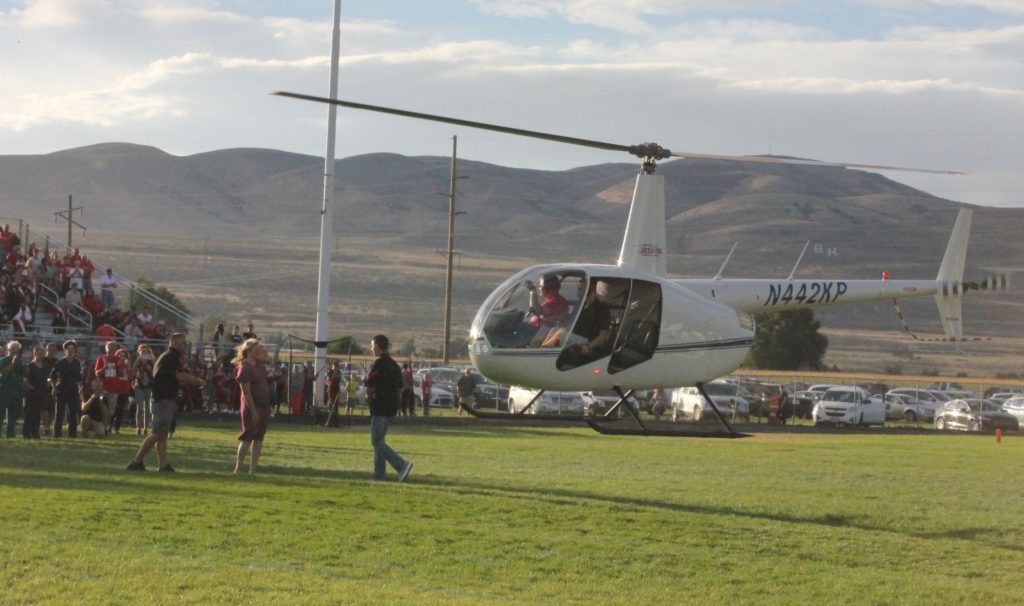 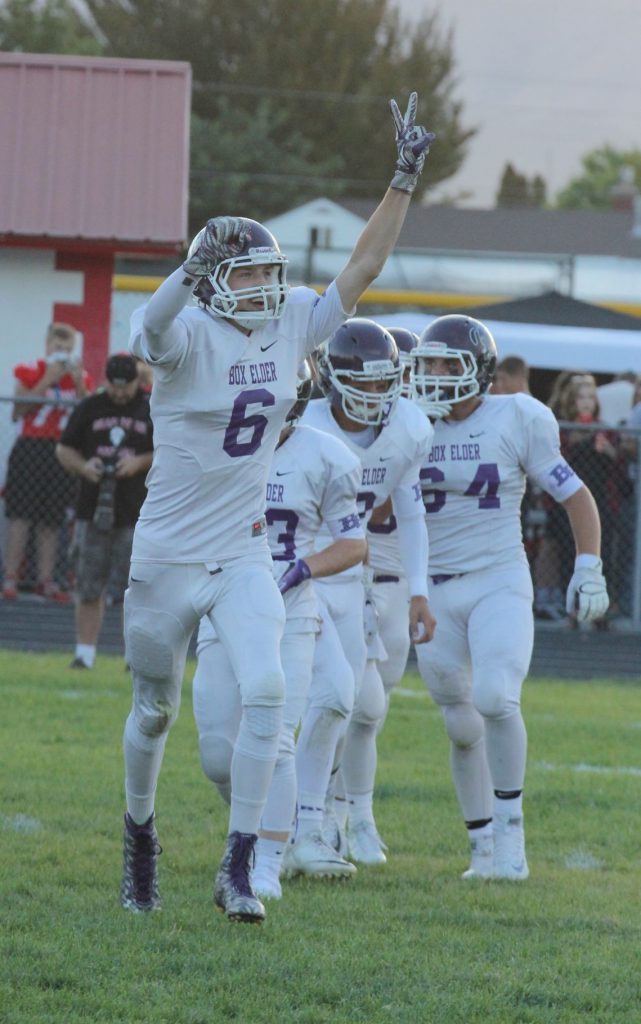 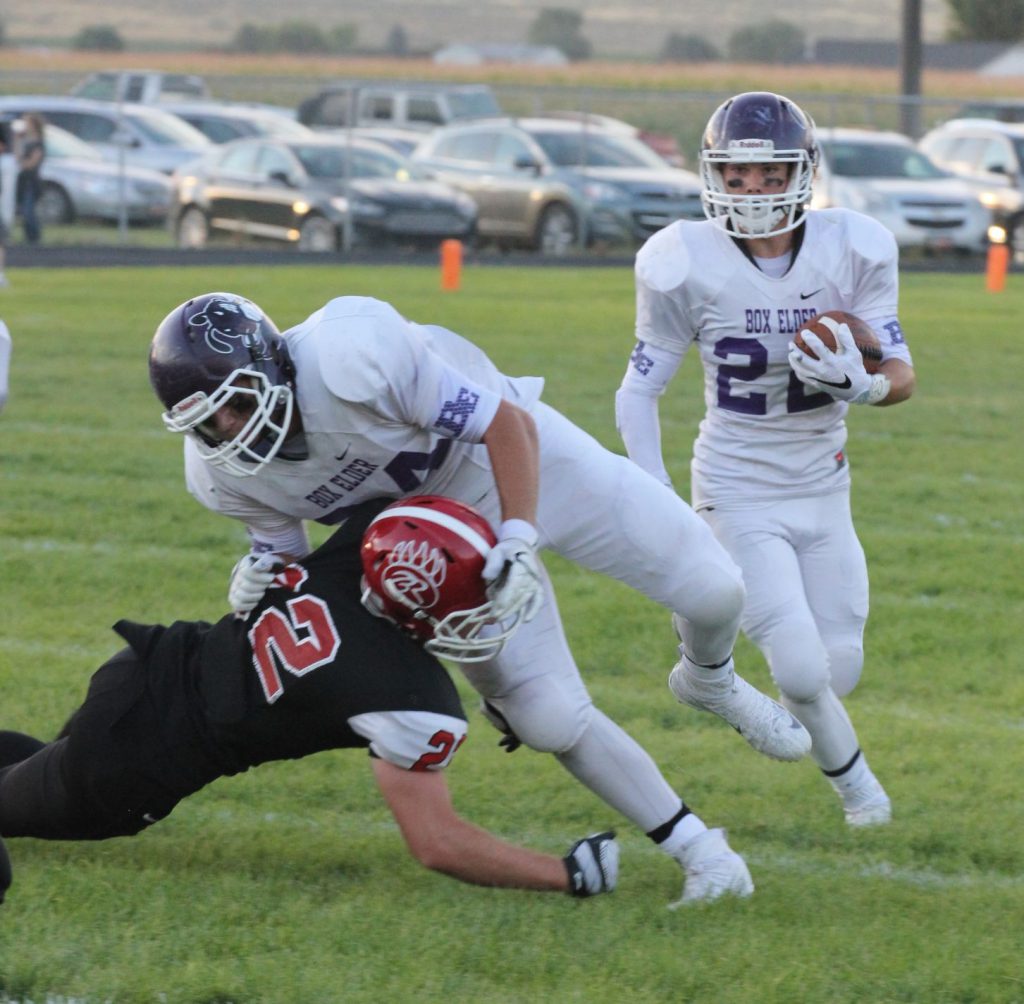