LOGAN – More than 1,000 years ago, the Ancestral Puebloan people carved entire homes and towns out of sandstone cliffs in what is now known Mesa Verde National Park in Southwest Colorado. Those people recently became the inspiration for the name of a newly-discovered species of bee found in the region by Utah State University entomologists.

Like the Ancestral Puebloans, the Anthophora pueblo bees meticulously dig into vertical sandstone rock to create their homes. According to USU doctoral student Michael Orr, the lead author on <a target=”_blank” href=”http://www.cell.com/current-biology/fulltext/S0960-9822(16)30902-2″>the paper</a>, the bees don’t make honey or create big hives. They are solitary insects that collect pollen for their nests and offspring.

Orr began the project after digging through drawers in a campus lab and coming across blocks of sandstone with holes burrowed through them. A previous research leader in the lab, Frank Parker, had taken samples of the sandstone and the bees in them nearly 40 years ago, but nothing was ever published. The nests sat nearly untouched for years. Orr reached out to Parker to find out where they came from.

Parker’s instructions brought Orr to an area just north of Goblin Valley State Park. Orr said his arrival at the site has been the most thrilling part of the whole discovery process.

“When I was able to revisit that first site from almost 40 years ago, just as soon as I got there I could see the bees flying and they were still using the exact same spot they had been,” Orr said. “You could even still see where that sandstone sample had been taken out.”

Some of the research has shown that the bees bring water from nearby sources to help dig into the rock. The process comes at a cost. Orr said the bees wear down their mandibles in order to slowly break down the sandstone to provide protection for their future offspring. The rock nests are believed to offer protection from little things like parasites and microbes to big things like flash floods.

“By using something like sandstone they are actually much better protected than if they were using either anything on the ground or a weaker vertical face,” Orr said.

The name for the species was finally chosen when USU scientist Jim Cane found that more of the bees could also be found in the cliff dwellings at Mesa Verde.

“It was actually nesting inside of the sandstone blocks as part of the cliff dwellings in Mesa Verde,” Orr said. “They were literally living in the same buildings that the ancestral Pueblan people did.

“It just seemed like too good of a parallel to actually choose anything but that for its name.” 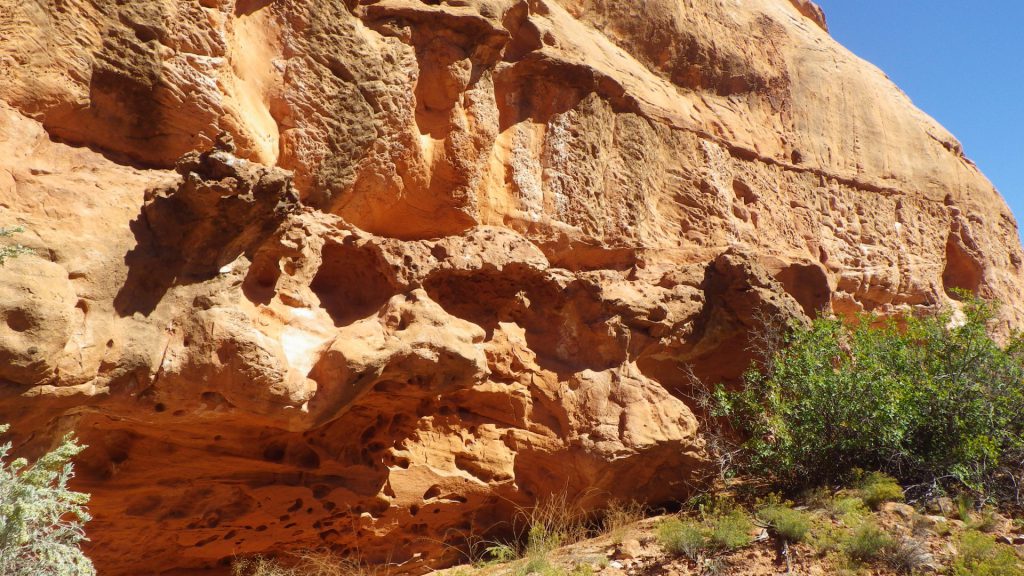 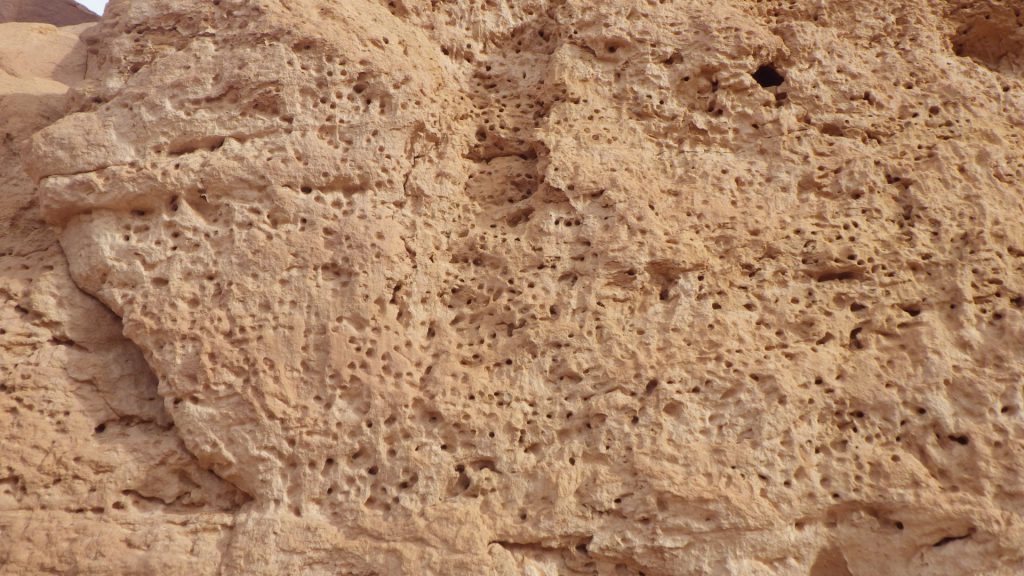 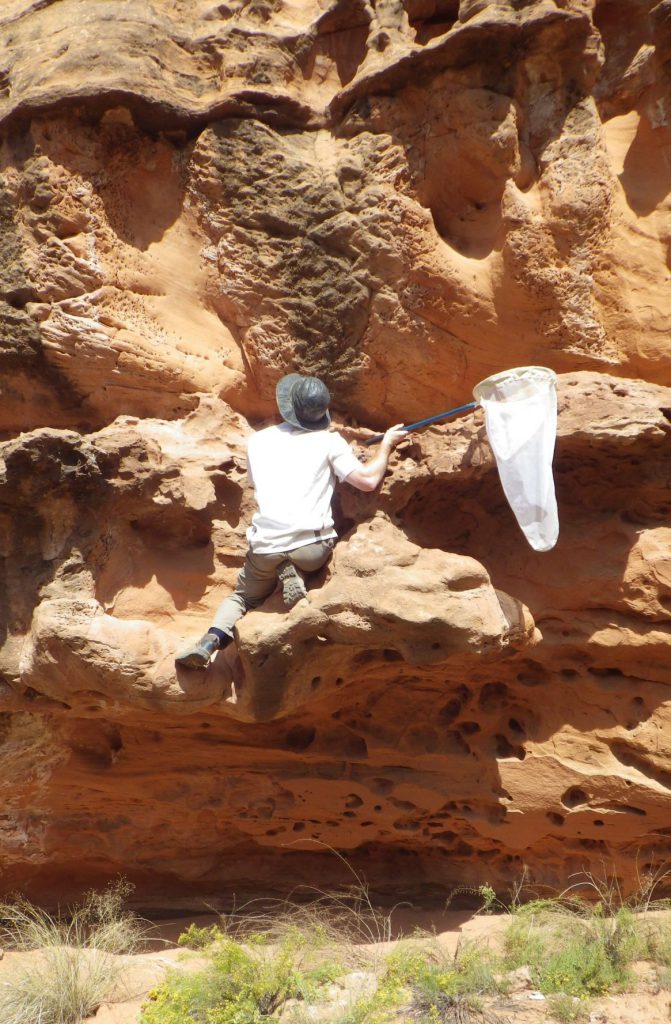