LOGAN, Utah – Austin Stephens is the epitome of a winner.

After all, the native of West Des Moines, Iowa, has both a high school state championship and junior college national championship under his belt. Stephens has lofty expectations for his senior season at Utah State and wants nothing more than to help deliver a championship to the Aggies.

Utah State nearly accomplished that feat during Stephens’ redshirt year in 2013. The Aggies won the Mountain Division of the Mountain West, but lost at 24th-ranked Fresno State 24-17 in the inaugural MW championship game.

Following the 2013 campaign, Stephens took over the starting center duties for Utah State and hasn’t relinquished that role since. Heading into tonight’s game against Arkansas State, he has made 29 consecutive starts.

“His desire,” said first-year offensive line coach Steve Farmer, when asked about Stephens’ durability. “He’s very critical of himself and there is nothing I can tell him that he doesn’t already know. He’s attentive and his desire and work ethic is what has gotten him to be who he is.”

Stephens, who first started playing football when he was in kindergarten, hasn’t always played center, though. As a standout at Valley High School in West Des Moines, Stephens played guard for the Tigers.

However, he changed positions when he arrived at Iowa Western Community College (IWCC) in Council Bluffs, Iowa.

“Just a few days into camp they moved me to center and I have played there ever since,” Stephens said.

He has loved every minute of it.

“The best part about playing center is being the commander of the offensive line,” Stephens said. “I am in charge of getting us to play as one and getting everyone on the right page, so I enjoy that.”

Utah State’s starting quarterback does, too. Junior Kent Myers has played in 18 career games for the Aggies and Stephens has been his center each time out.

“He means a lot to me, especially with him being the center and with him taking me in as a freshman,” Myers said. “He was my center when I was a freshman and really, he is the first person that I can actually trust on the offensive line. It’s not like I didn’t trust anybody else, but he was the first person I talked to since he was my center. He was there encouraging me. Playing at 17 years old, 18 years old, it’s hard and there’s a lot of stuff that comes with it, but he always told me to stay positive, so I really respected him.”

Prior to enrolling at Utah State, Stephens spent the 2012 campaign at Iowa Western, where he earned first-team all-conference honors as a freshman after helping lead the Reivers to a perfect 12-0 record and National Junior College Athletic Association (NJCAA) national championship.

That national championship came on the heels of a high school state championship. During his senior season at Valley, Stephens helped the Tigers go 14-0 on the year. He earned Iowa Class 4A Division I first-team all-state, first-team all-conference and first-team all-region honors at the conclusion of the season.

Stephens, who is a big fan of both the Kansas City Chiefs and Kansas City Royals, wasn’t just a star on the gridiron at Valley. He also played baseball all four years of high school as a first baseman, catcher and pitcher. Stephens earned second-team all-state honors during his senior season as he led the state with 14 home runs.

Besides Utah State, Stephens held several other offers coming out of Iowa Western, including Florida International, Old Dominion and Wyoming.

What was it about Utah State that made him want to become an Aggie?

“For one, I’m an outdoorsy guy, so being outside is what I love to do,” he said. “Being in Utah, this is some of the best outdoors you can be around, so that got my attention. I would see Utah State playing on TV when I was catching a game during my JUCO days. I didn’t know much about Utah State, but I knew coach Luke Wells when he was at Iowa State. I took a trip out here and absolutely loved it. The coaching staff and players that I met, as well as the area, was fantastic. That’s what ultimately brought me here.”

The Aggies are certainly glad to have him, especially Farmer.

“He’s the glue that holds us all together,” Farmer said. “He makes all the calls, he is highly intelligent and works his tail end off. He sets an example that the young guys see and continue to follow, so he’s the leader of the group.”

Myers is one of those guys who respects Stephens’ leadership.

“I have learned a lot from him,” Myers said. “I’m not really that vocal and he’s really not that vocal either, so learning from him to see what he does by his actions has helped me.”

During his sophomore and junior campaigns with the Aggies, Stephens earned honorable mention all-Mountain West accolades. Heading into his senior season, Stephens was tabbed to the Dave Rimington Trophy Fall Watch List, as well as being named a preseason first-team all-Mountain West selection by both Athlon Sports and Phil Steele.

Stephens has been a part of some memorable games at Utah State, including the Aggies’ 35-20 win at No. 18 BYU during the 2014 season and their dominating 52-26 home victory against No. 21 Boise State last season.

“Between the friendships you make and the memories you have on and off the field, there are just too many (memorable moments),” Stephens said. “The Boise State and BYU games both stick out. Those were great victories, not only for us as a team, but for this program. Those were some of the best moments I’ve had while I’ve been here, and hopefully there are more to come.”

How does Stephens want Aggie fans to remember him by?

“That I’m passionate,” Stephens said. “I love this game, I love this school and I love being an Aggie and what it’s meant to me. The opportunities it has created for me is ultimately what I would like to be remembered for.”

The son of Randy and Annette Stephens graduated from Utah State in the spring of 2016 with an interdisciplinary studies degree and he is currently working on a second bachelor’s degree in sociology. 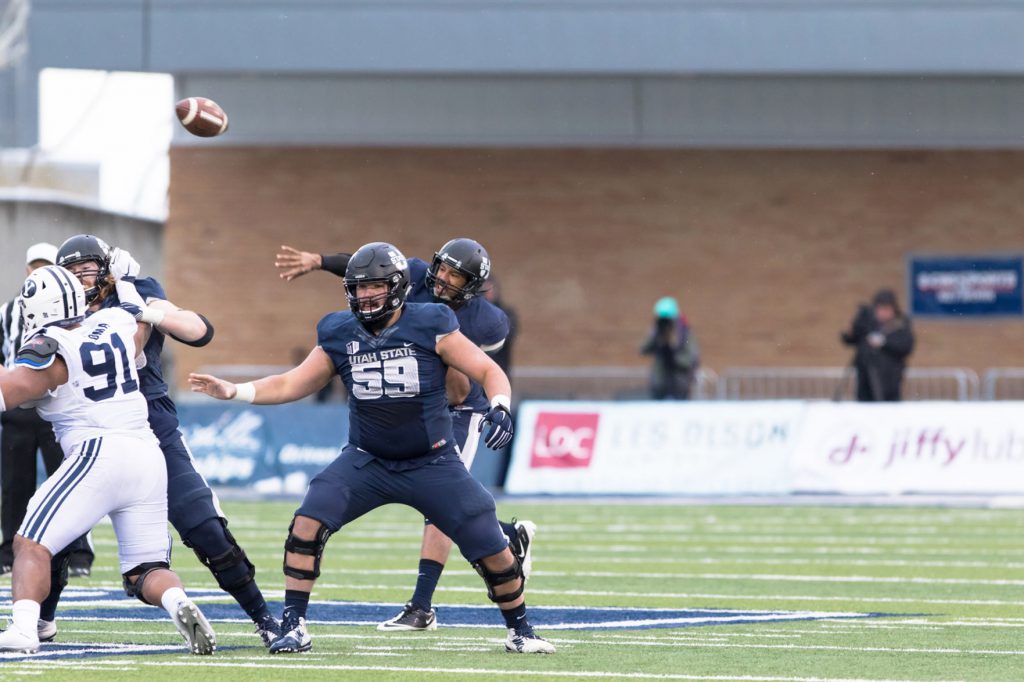