A 67-year-old Millville man died Tuesday afternoon after a motorcycle accident in Nibley.

Utah Highway Patrol Sgt. Cade Brenchley said Vern Monson was driving a three-wheel Harley Davidson southbound on SR-165. According to witnesses, as he tried to turn east onto 3100 South, he went onto two wheels part way into the turn then overturned, crashing into a curb and rock garden next to the sidewalk.

“He possibly popped the clutch too quick and/or accelerated into the turn just much too quickly,” said Brenchley. “This caused him to go up onto two wheels as he was trying to turn sharp enough to make the turn.”

Monson was not wearing a helmet and was thrown from the bike. He sustained severe head trauma.

Brenchley was near the accident when it occurred around 2:30. He said when he arrived on the scene, Monson was being treated by his son, who had also been riding a motorcycle directly behind his father when the crash happened.

“The son was holding his head. He had, like I said, severe head trauma and a lot of bleeding. He was breathing but it was agonal. So we immediately called for medical.”

Monson was transported by ambulance to Logan Regional Hospital where he was later pronounced dead. 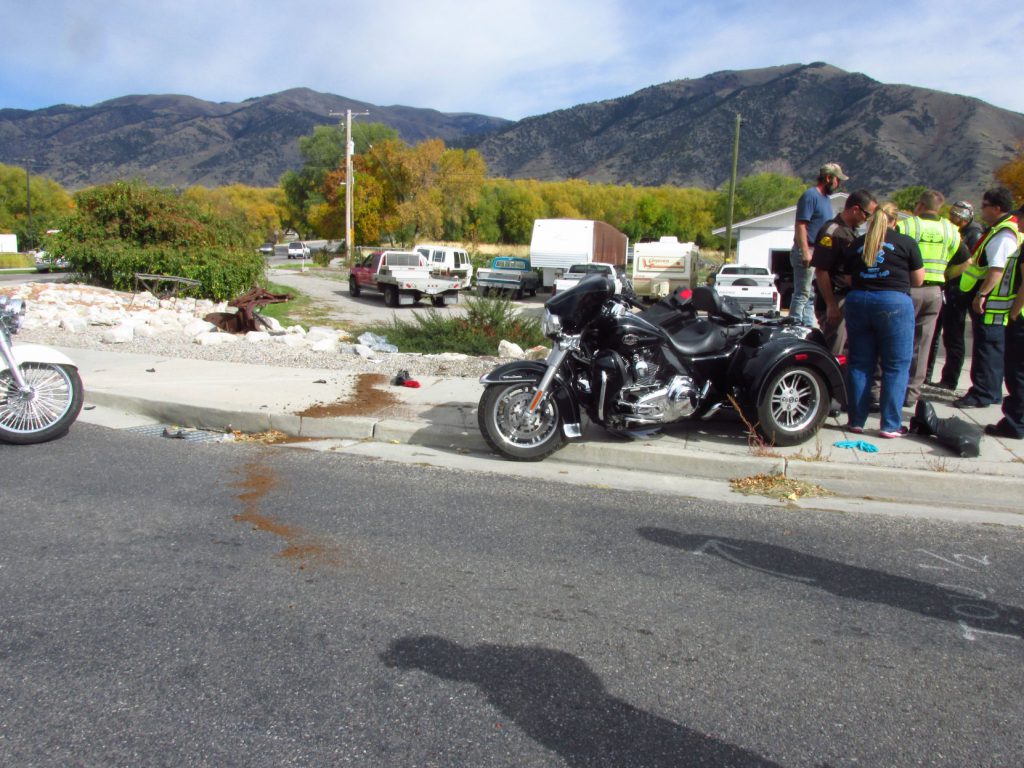