On Thursday, October 20th Hastings will close its doors forever in Logan. In July, the company announced it would be closing all 123 of its stores nationwide after unsuccessfully filing for bankruptcy. The chain has been slowly clearing out all of its inventory since this summer. Now, with only two days left, the store has marked down almost everything in the store by 90%.

Hastings has been known as a place for entertainment retail in Logan since 1988, selling books, videos, comic books, music, and a variety of pop culture memorabilia. The national chain first started in 1968. There was only one other Hastings location in Utah, and that is in Harrisville, and there are 10 locations in Idaho.

“At Hastings, our mission has always been to bring our customers a diverse array of entertainment products and collectibles to appeal to many interests,” said Jim Litwak, President &amp; COO, Hastings Entertainment, Inc. in a press release. “Our hope was that the Chapter 11 process would help to prepare our business for the intended sale while also providing additional protections and financing to allow us to serve our customers as usual. Unfortunately, this process was unsuccessful.”

Since the chain announced it would be closing, everything in the store has been marked down. Even the store’s furniture, office equipment and fixtures have been for sale.

According to employees at the Logan location, the doors will be locked Thursday night and on Friday those who bid on fixtures and other store furniture will be able to come in and pick up their items. 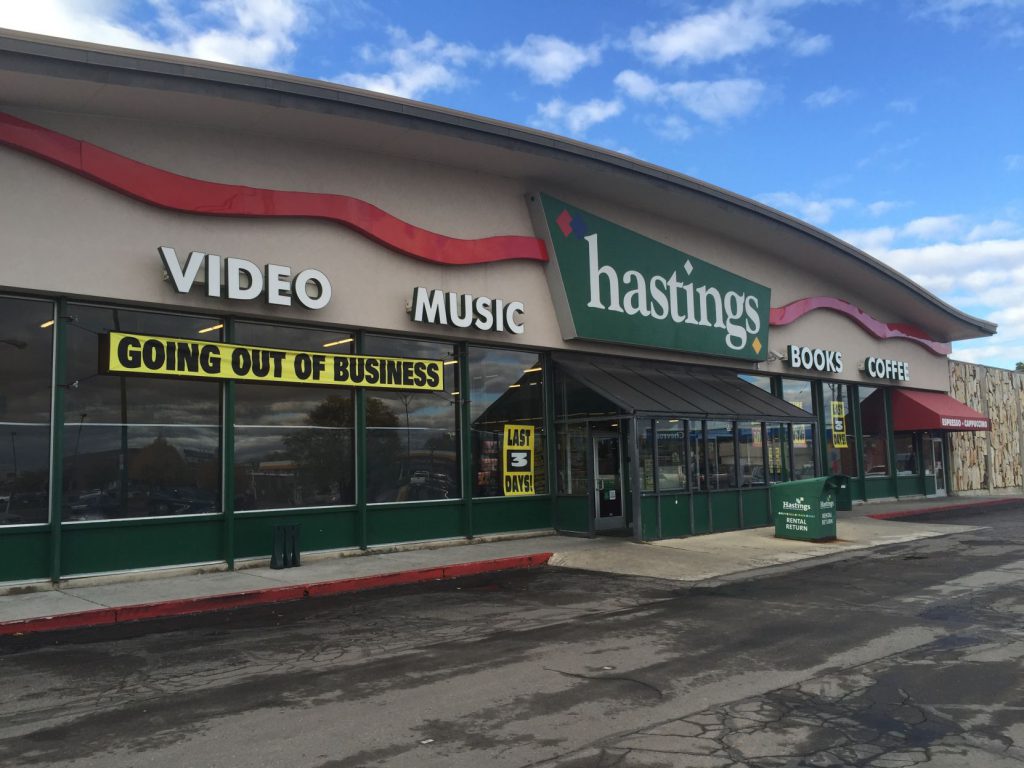