LOGAN, Utah – Utah State women’s volleyball picked up its first five-set victory at home on Thursday night, posting a 3-2 win over San Diego State and avenging a five-set defeat in San Diego earlier this season. The victory moves the Aggies to 9-11 on the year and 4-5 in the Mountain West, while San Diego State dropped to 13-10 and 5-4 with the loss.

Utah State had a trio of hitters with double-digit kills, led by junior outside Lauren Anderson with 18 and followed by senior outside Kaylie Kamalu-Smith with 16 and junior middle Carly Lenzen with 10. Lenzen hit .533 (10-2-15) during the match, marking the third consecutive contest that she has hit better than .500. Senior setter Erica Moscoso narrowly missed a double-double, leading the Aggies with 52 assists and finishing second on the team with nine digs.

Utah State got out to a slow start in the first set, falling behind the Aztecs 3-0 out of the gate. The Aggies trailed by as much as six, 15-9, before mounting a comeback and ultimately taking a 21-20 lead, following a four-point run that was capped by a block by O’Brien and junior outside Rachel Gale. However, San Diego State countered and closed out the set with a 5-1 run to take it, 25-22.

Utah State came out strong in the second set and led start-to-finish after making the most of back-to-back errors by San Diego State to take a 2-0 lead. The Aggies later created some space with a three-point run to open a 7-3 lead and kept a margin of at least three throughout the set. USU took a timeout with a three-point lead at 23-20 and then closed out the set with back-to-back points to even the match 1-1 with the 25-20 victory.

Utah State used a four-point run midway through the third set to overcome an 8-7 deficit and turn it into an 11-8 lead. The Aggies then used another run, a 6-2 push, to grow the margin to seven points with a 17-10 lead and forced a San Diego State timeout. USU continued to roll during the frame, closing out the set with an 8-3 run, capped by a service ace by sophomore defensive specialist Tasia Taylor to post the 25-13 victory.

San Diego State broke a 5-5 tie in the fourth set with a five-point run, leading to a Utah State timeout. The Aggies fought back and drew to within two, 11-9, but the Aztecs countered with a six-point run to take a 17-9 lead. Utah State matched the six-point run later in the set and came to within two, 22-20, but San Diego State was able to finish out the frame with three straight for the 25-20 victory.

The teams were back-and-forth in the fifth set with six ties over the opening rallies, leading up to a 6-6 deadlock. The Aggies broke the tie and took a 9-6 lead, making the most of three Aztec errors and a kill by Lenzen during a four-point run. San Diego State came back to within one point at 10-9, but it was as close as the visitors came down the stretch as a kill by Lenzen and a block by Moscoso and O’Brien put Utah State back up three, 12-9. USU punctuated the victory with three straight points over the final rallies for the 15-11 victory, capped by a block by O’Brien and junior right side Kayla DeCoursey.

Utah State will return to the court on Saturday, hosting Nevada at 1 p.m. The match will be the Aggies’ annual Dig For the Cure match and will include several promotions. Fans wearing pink will receive $1 admission, the first 100 fans with will receive a free pink t-shirt after entering the arena, fans can present their Fresno State football ticket for $1 admission and the first 100 fans will receive a voucher for a free small popcorn later that night at the Utah State-Fresno State football game. 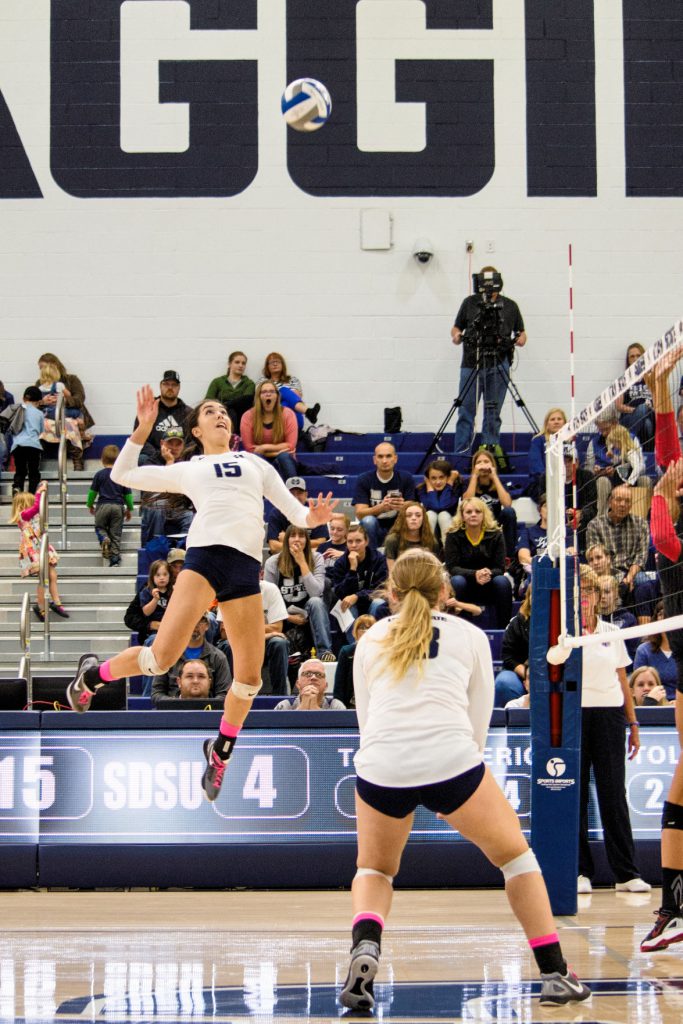 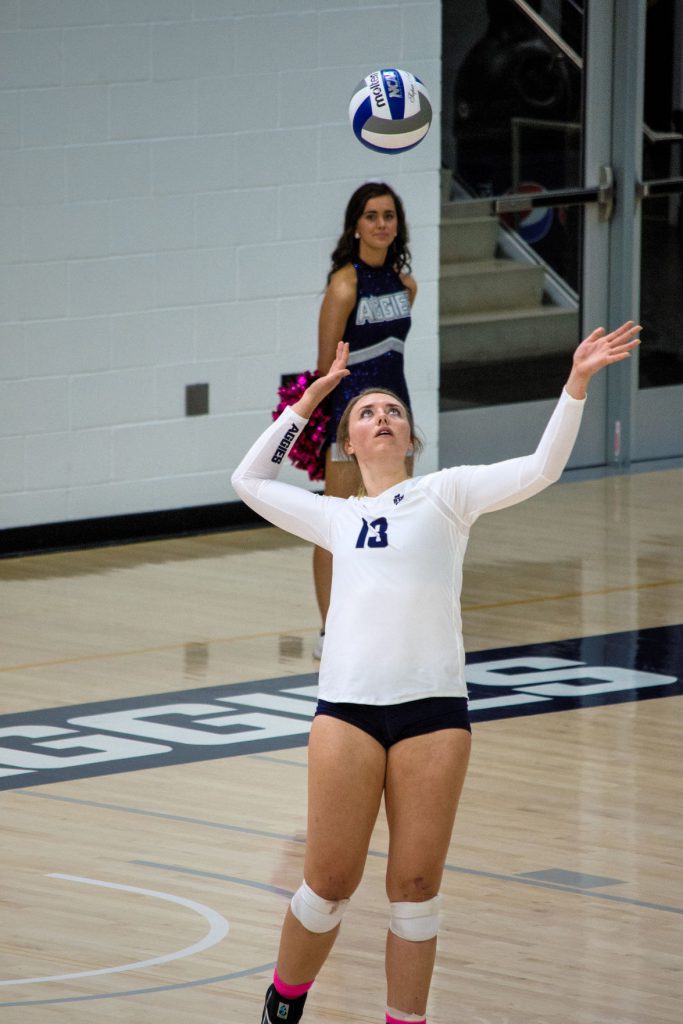 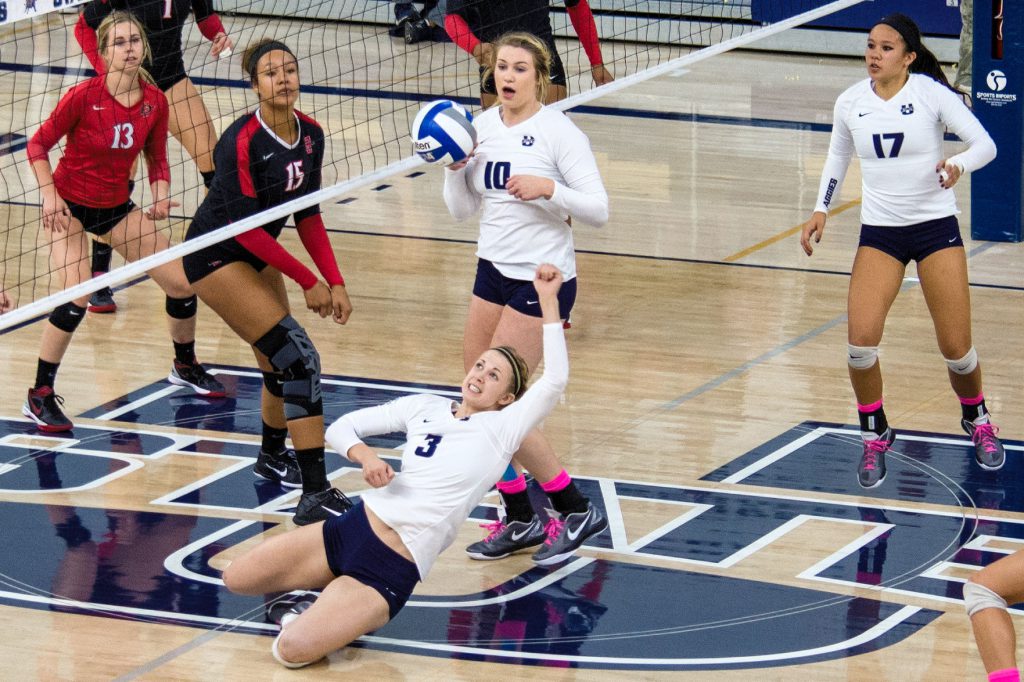 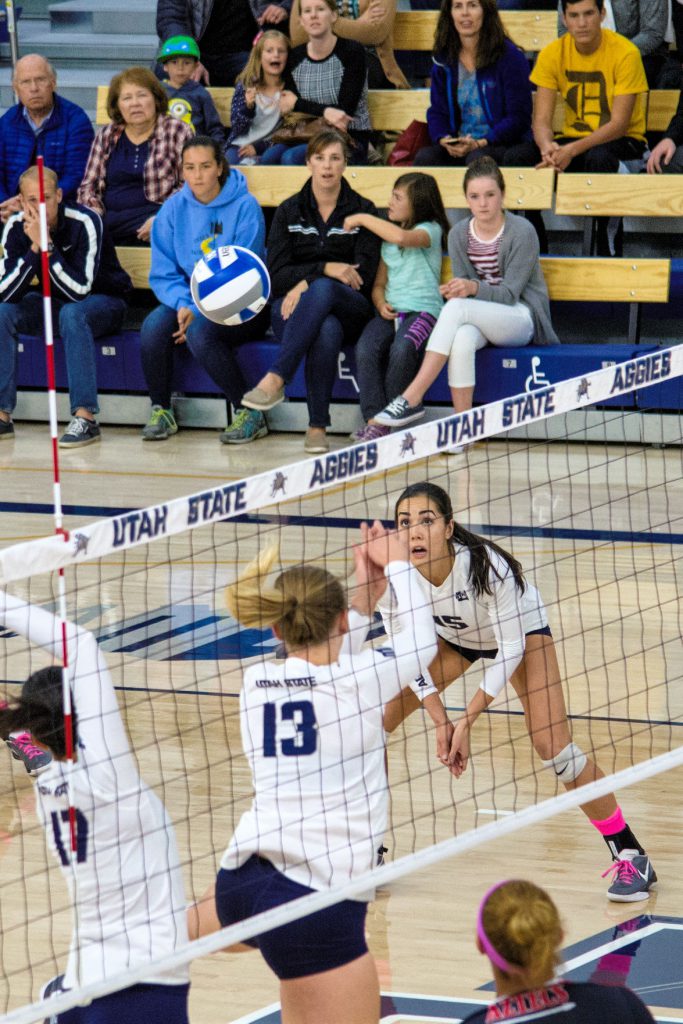 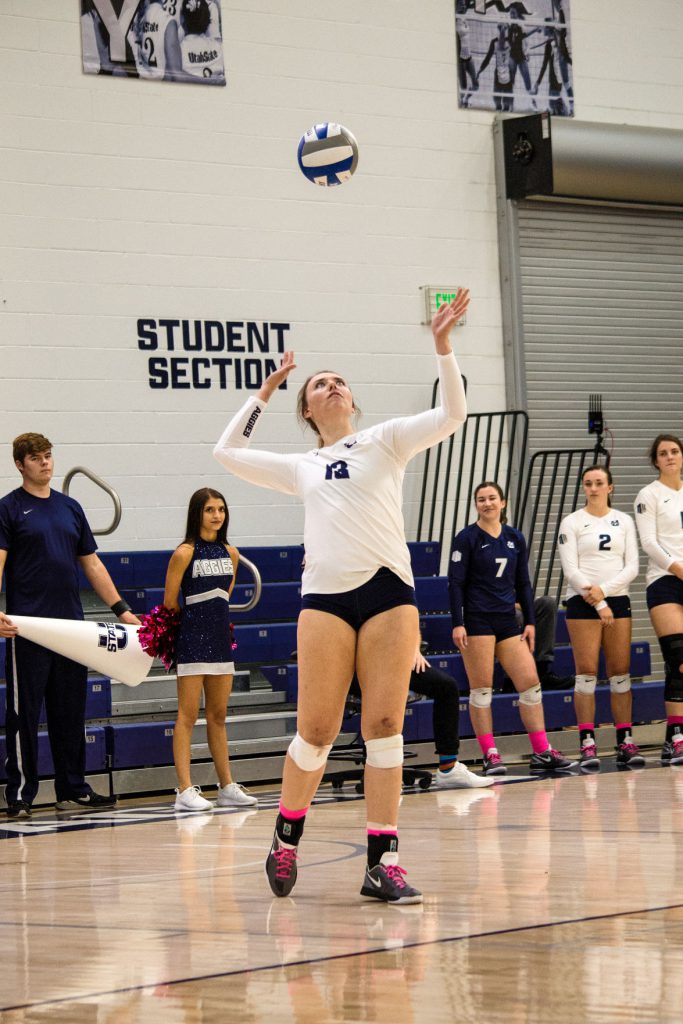 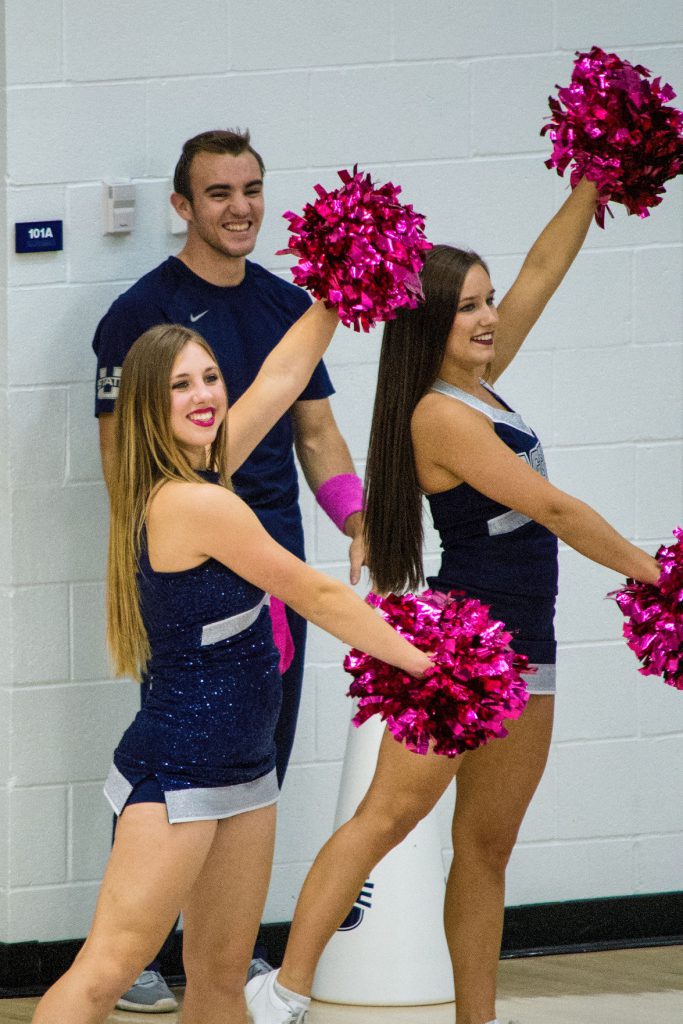 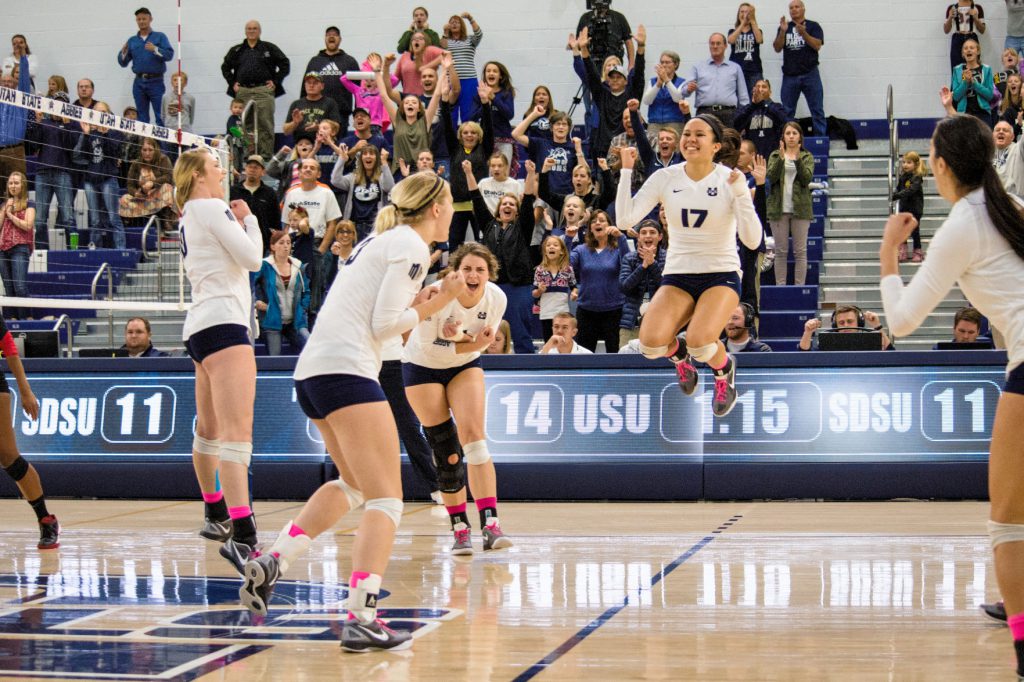 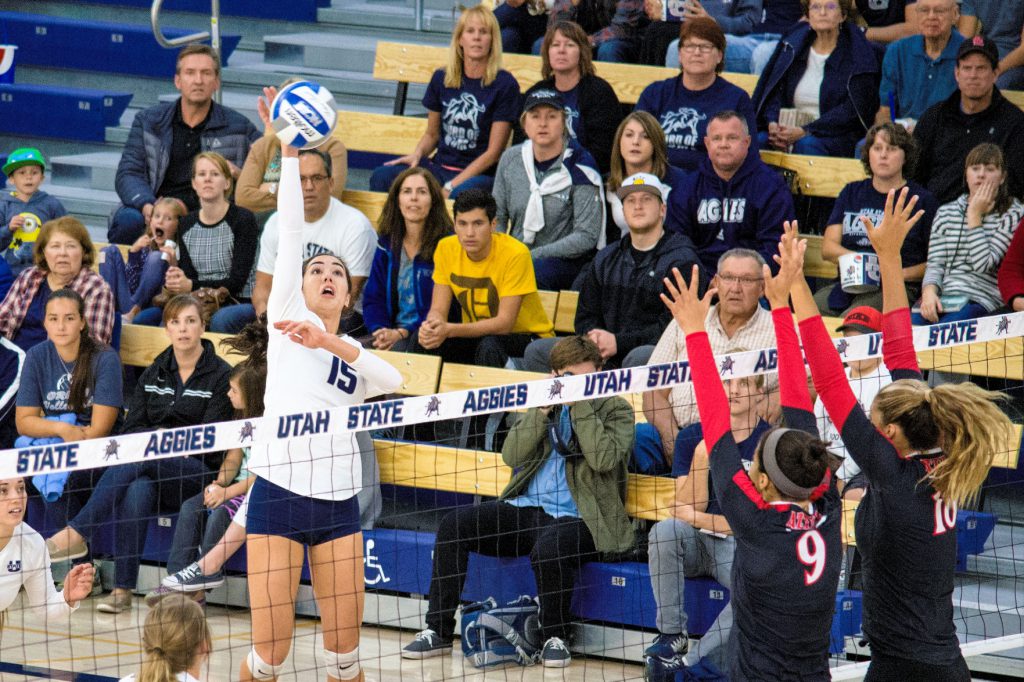 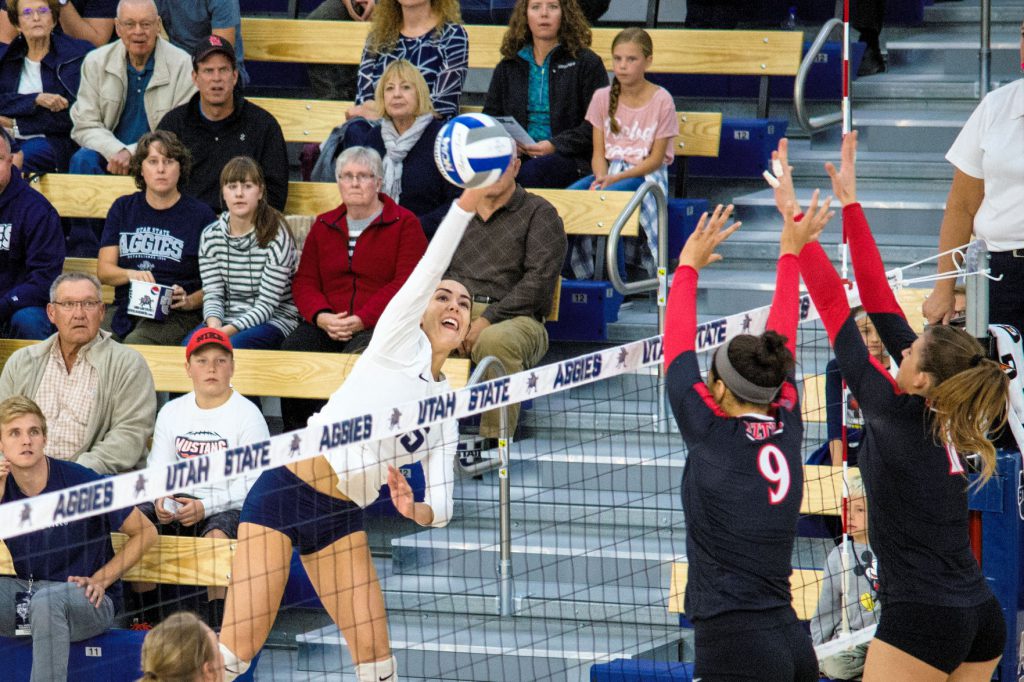 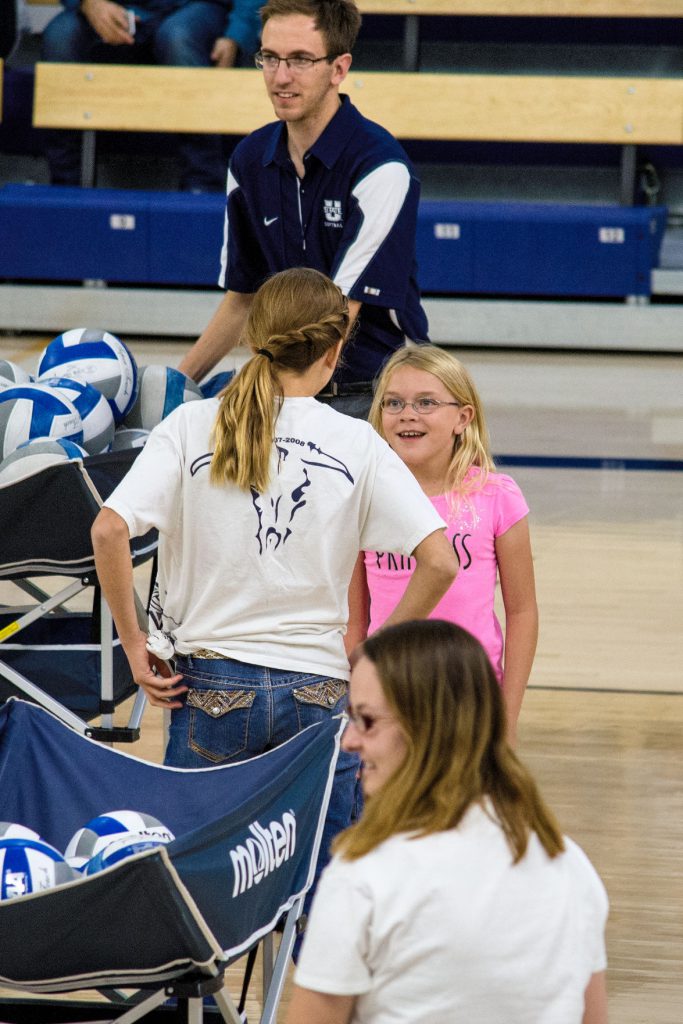 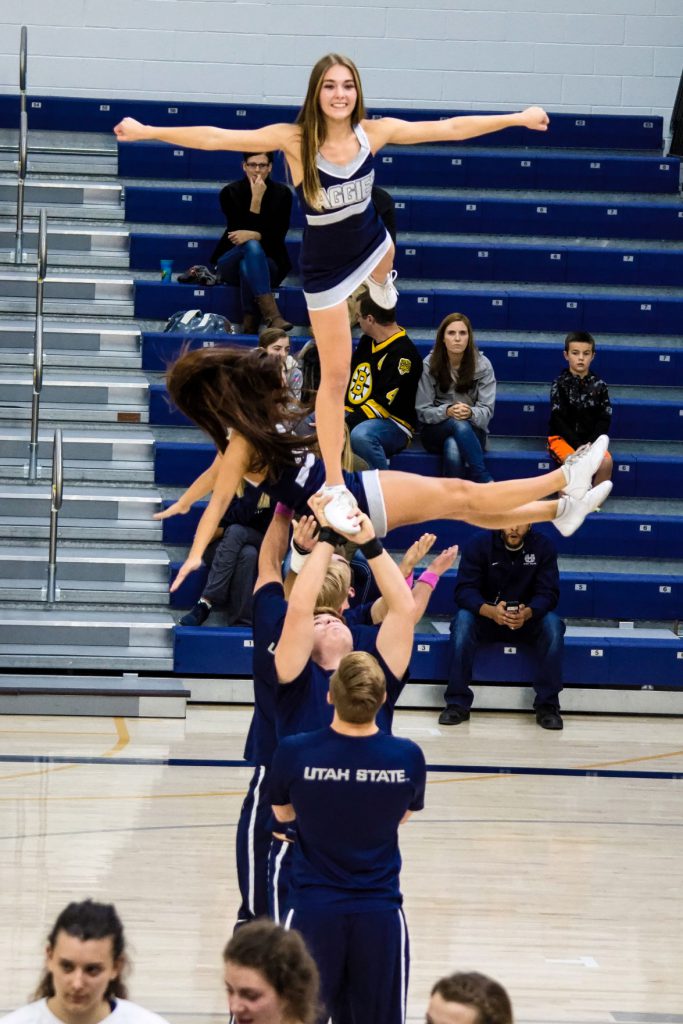 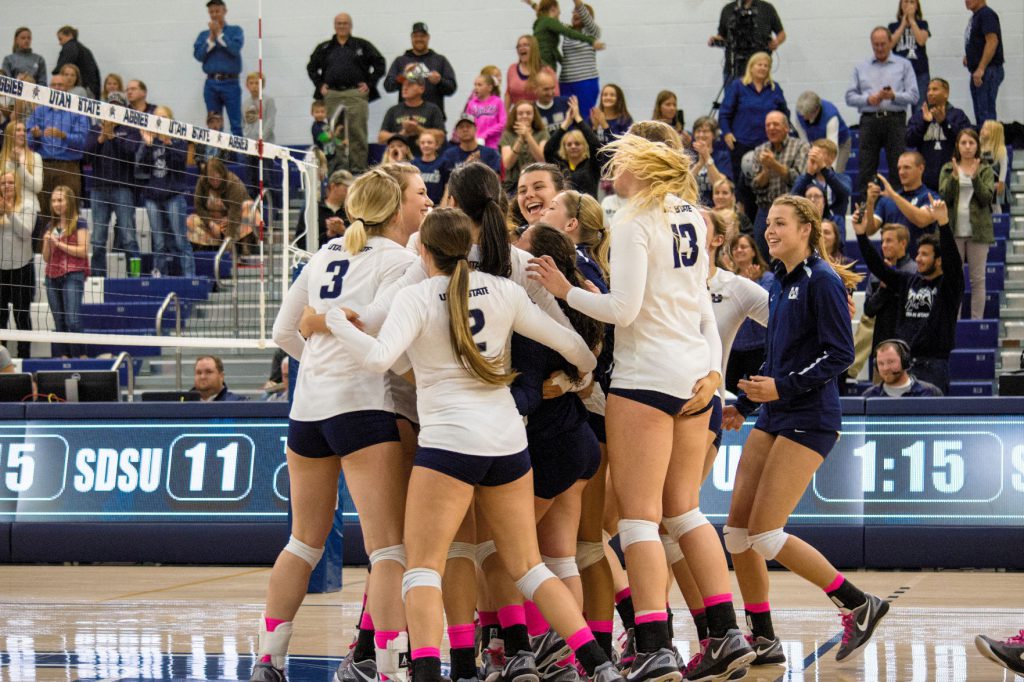 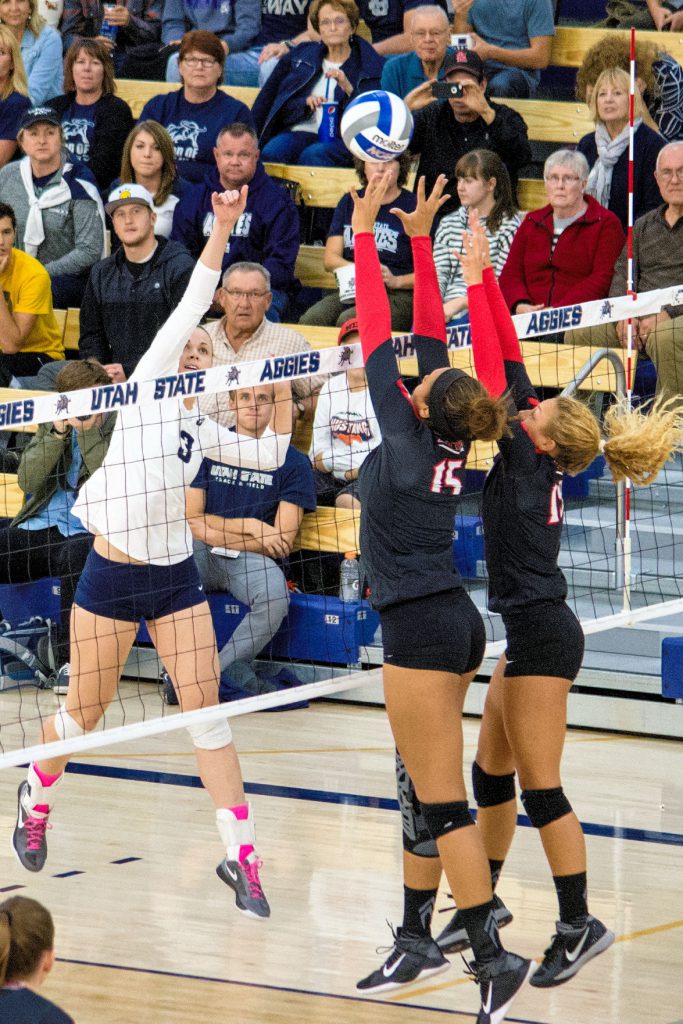 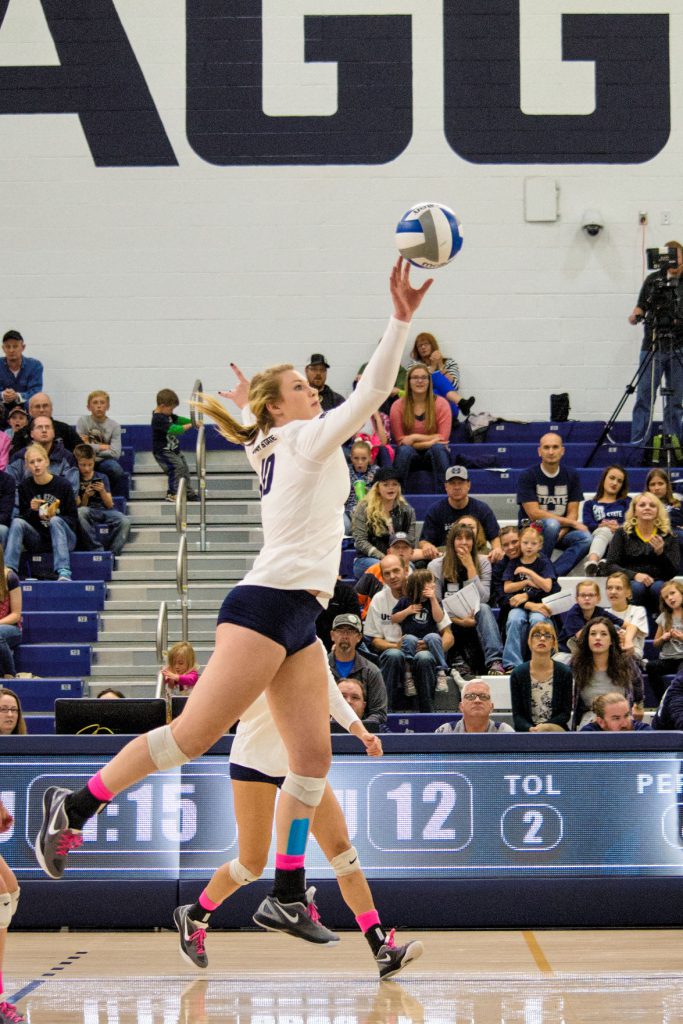 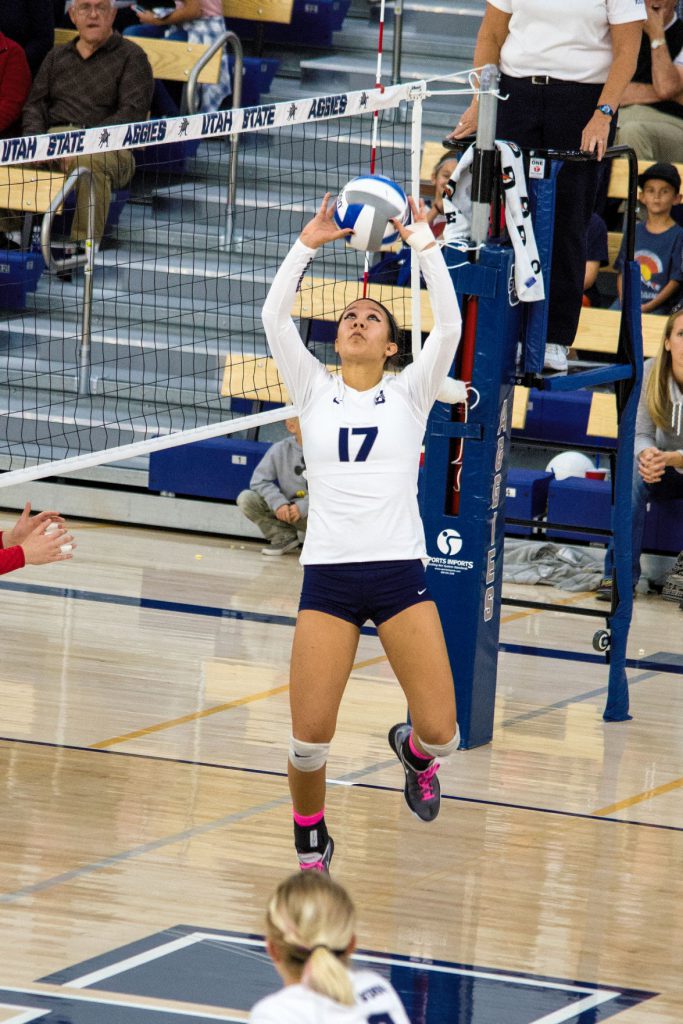 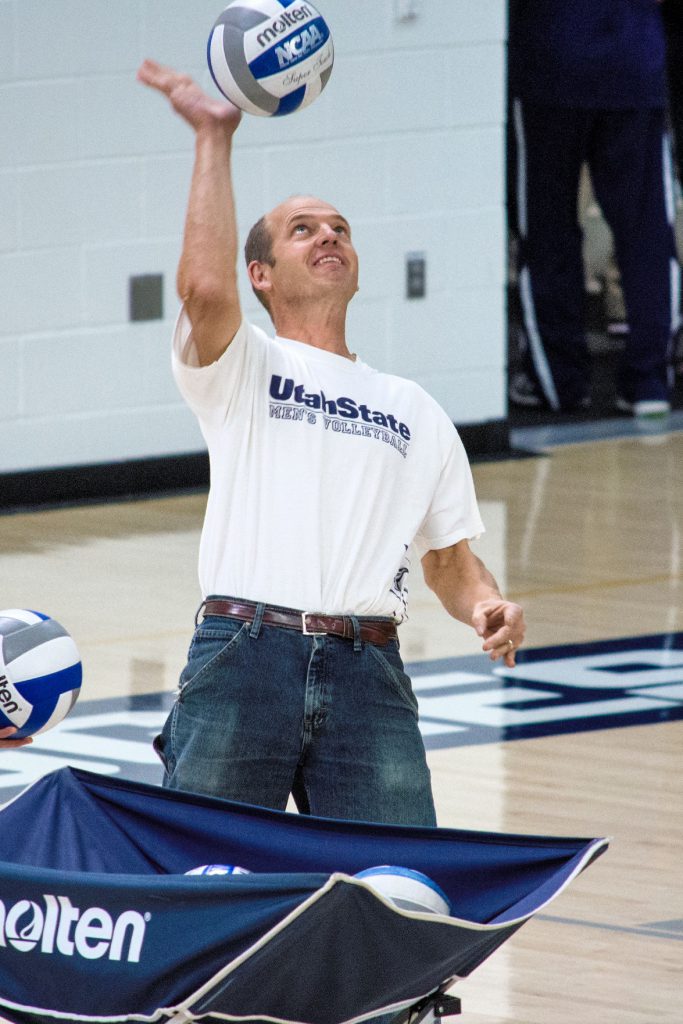 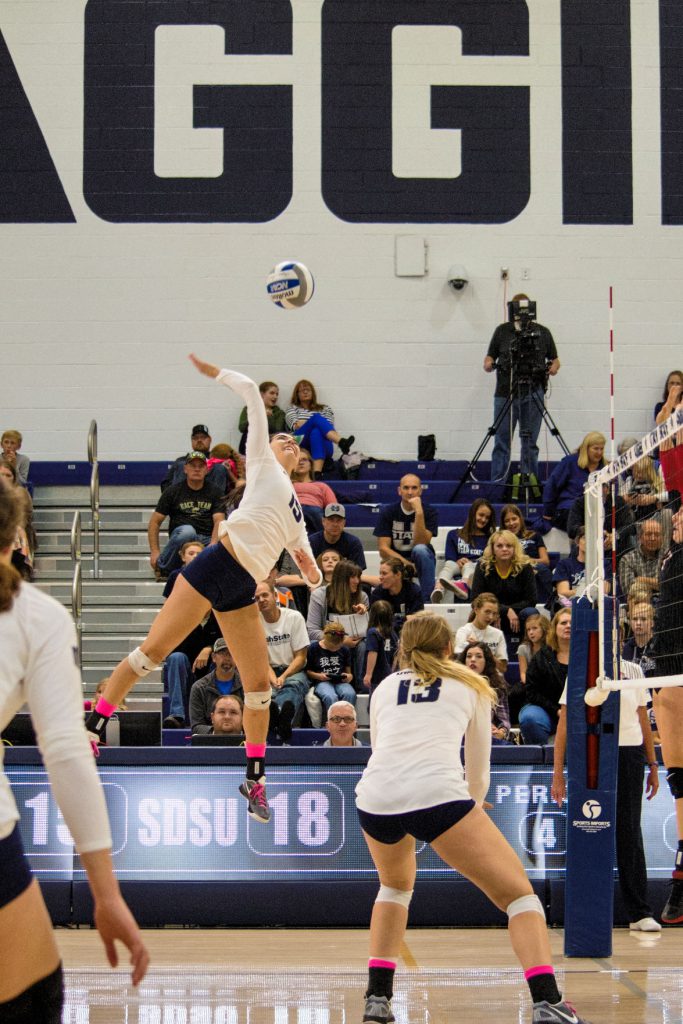 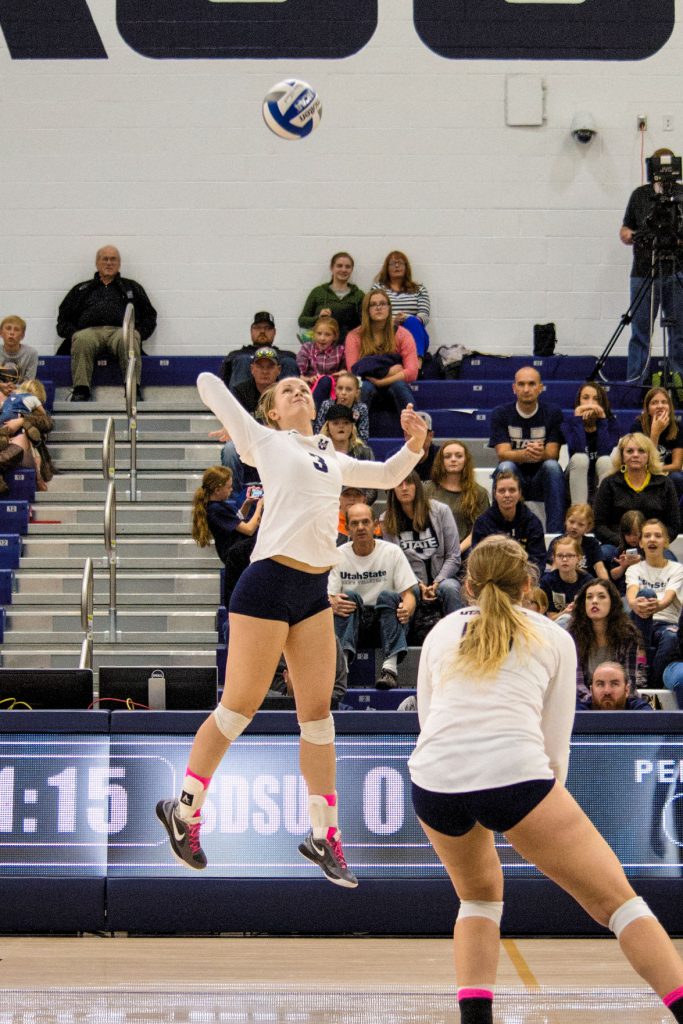 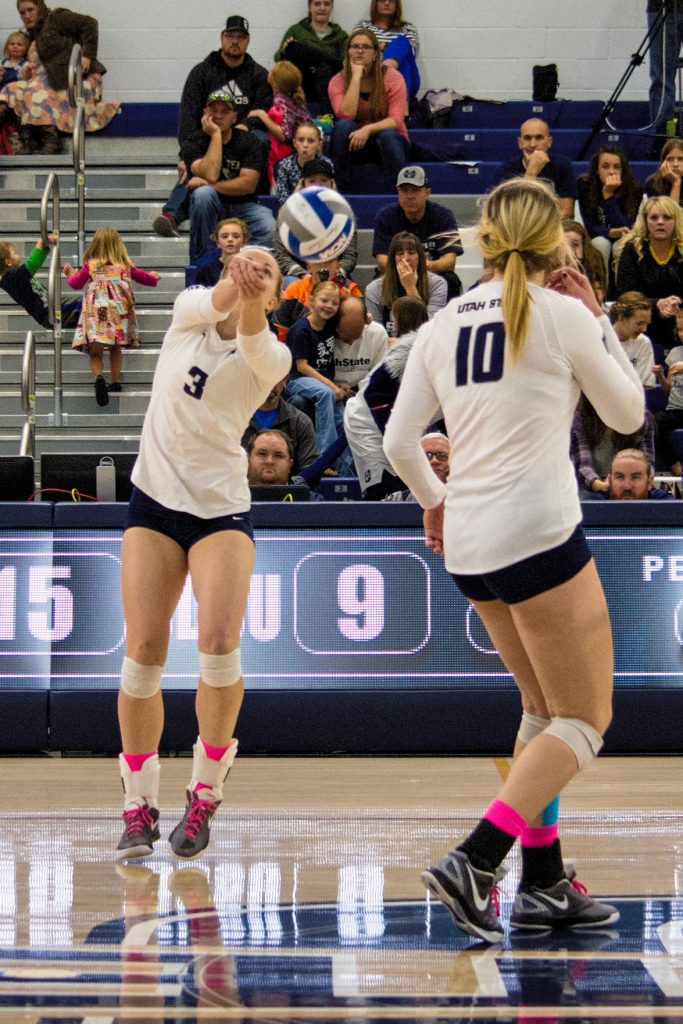 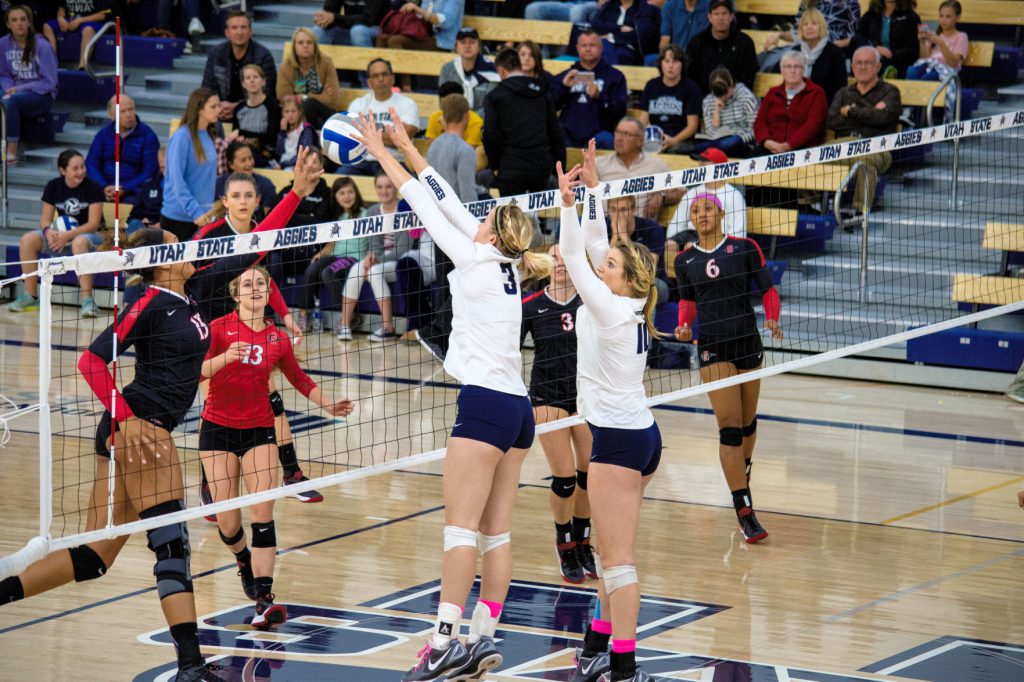 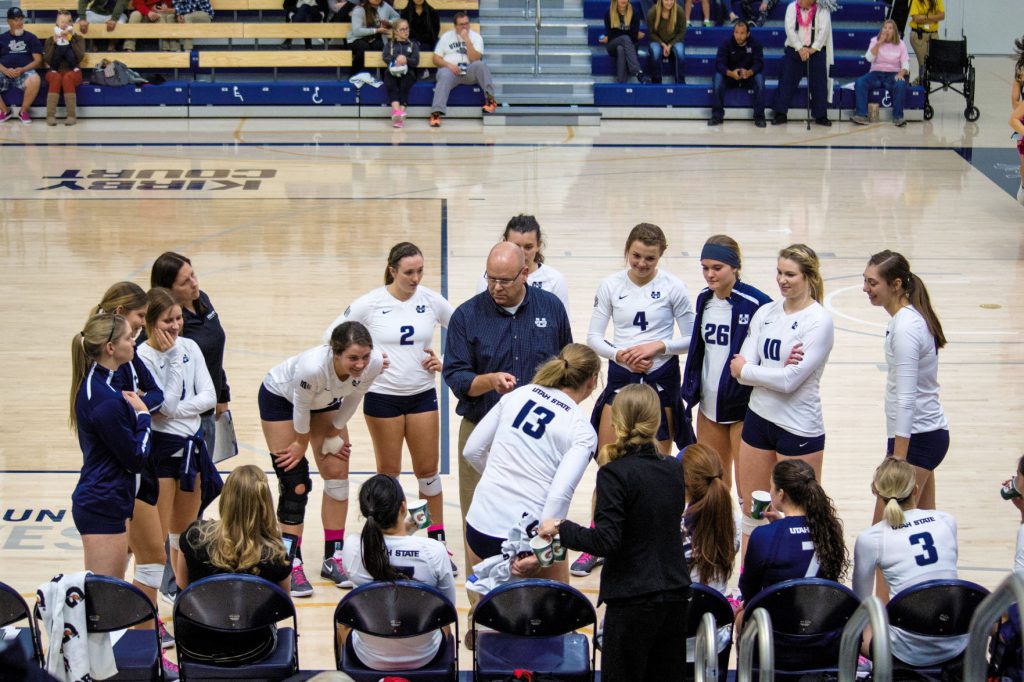 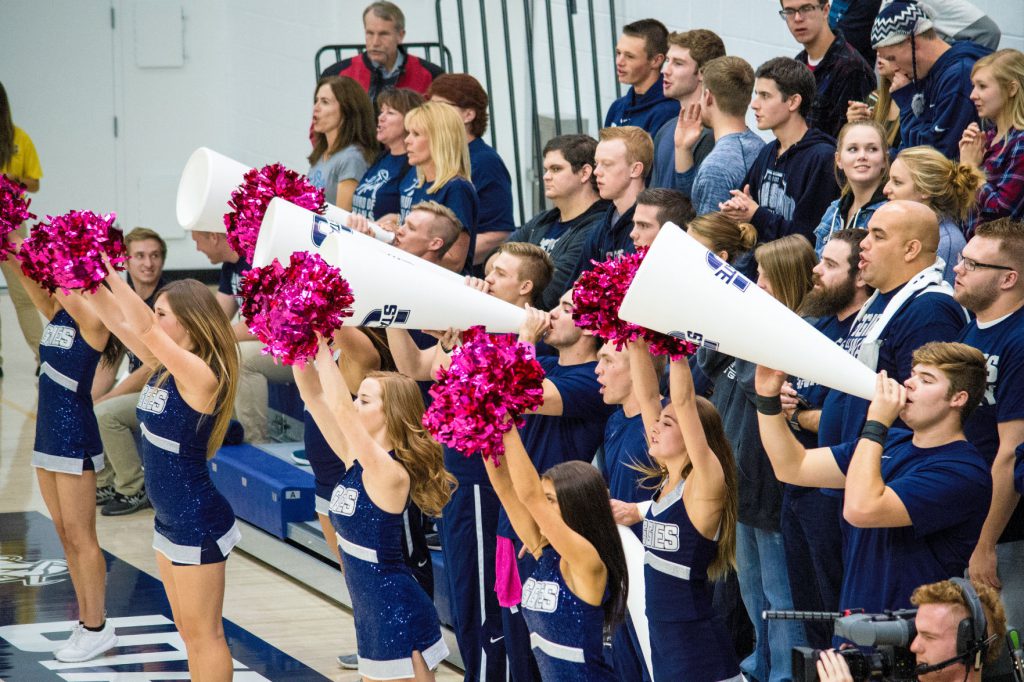 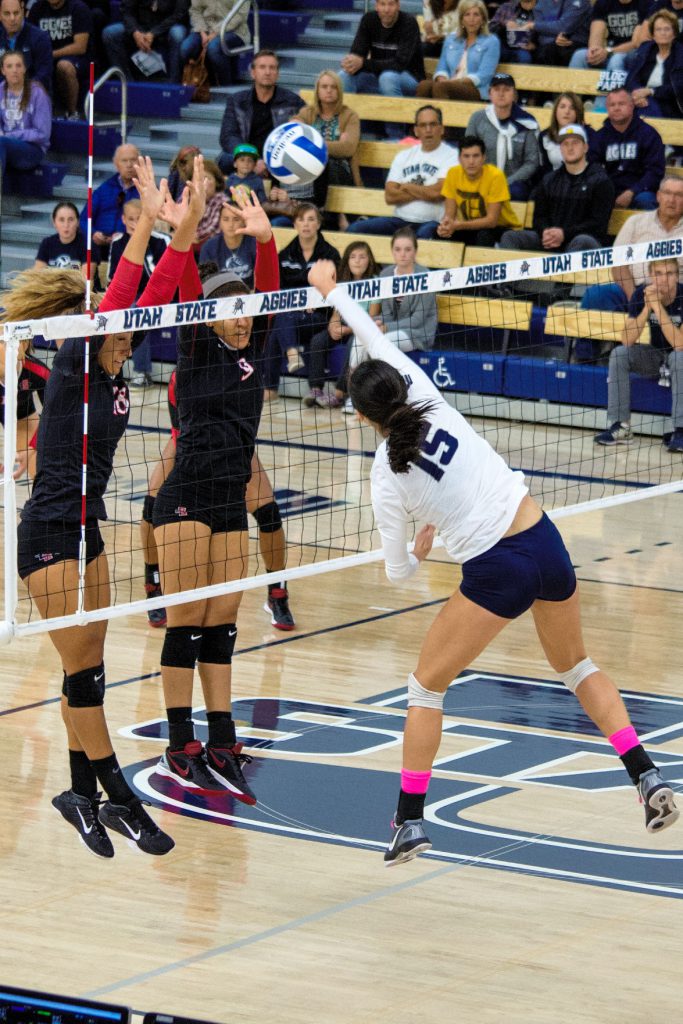 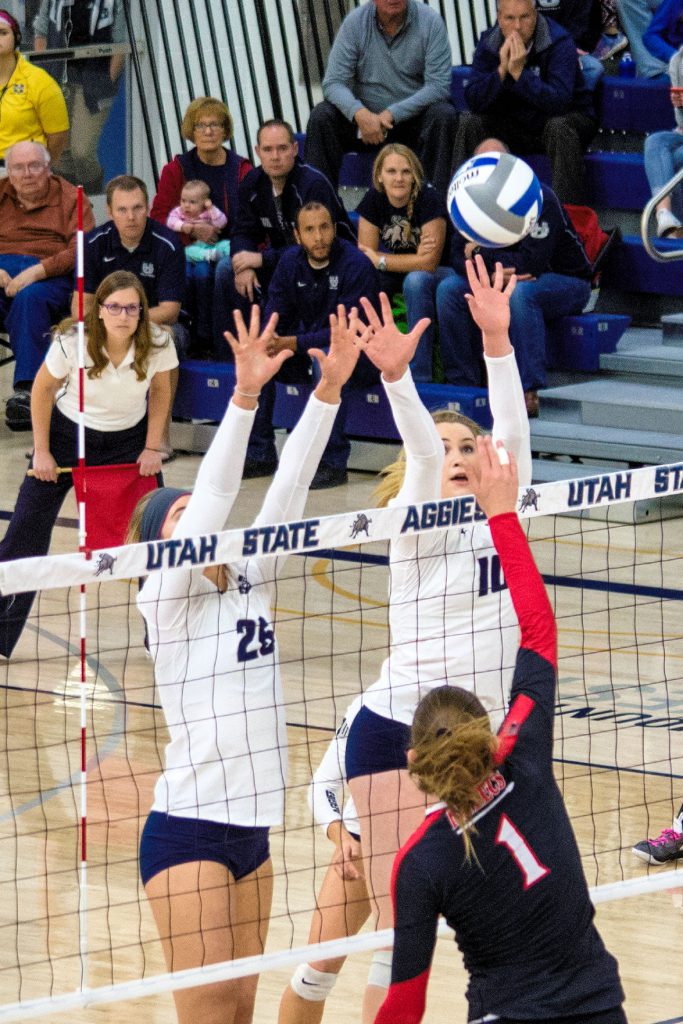 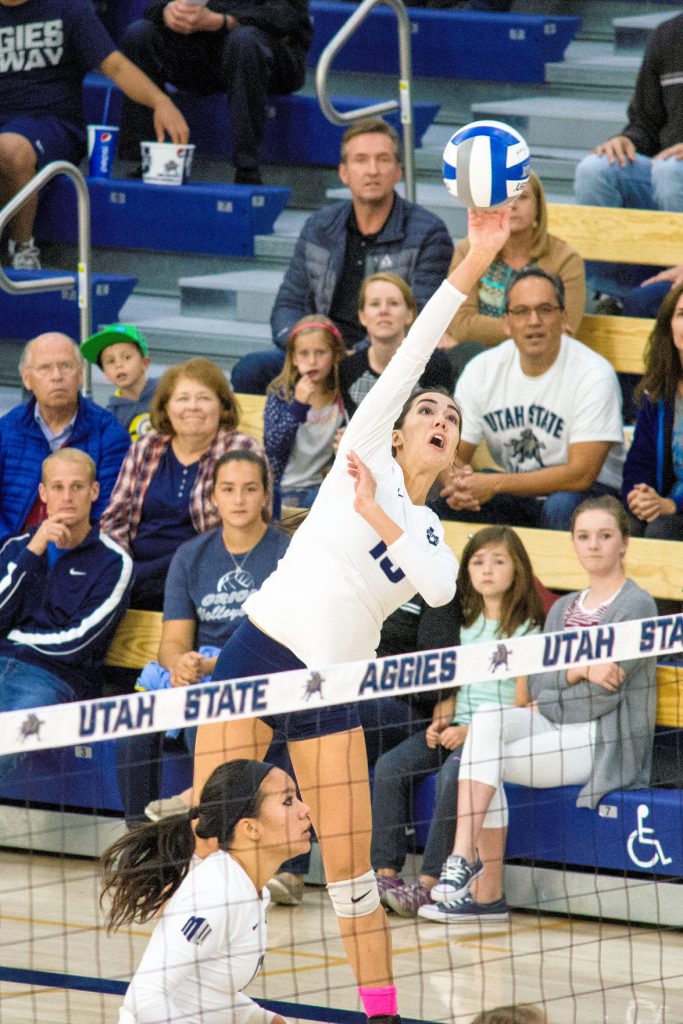 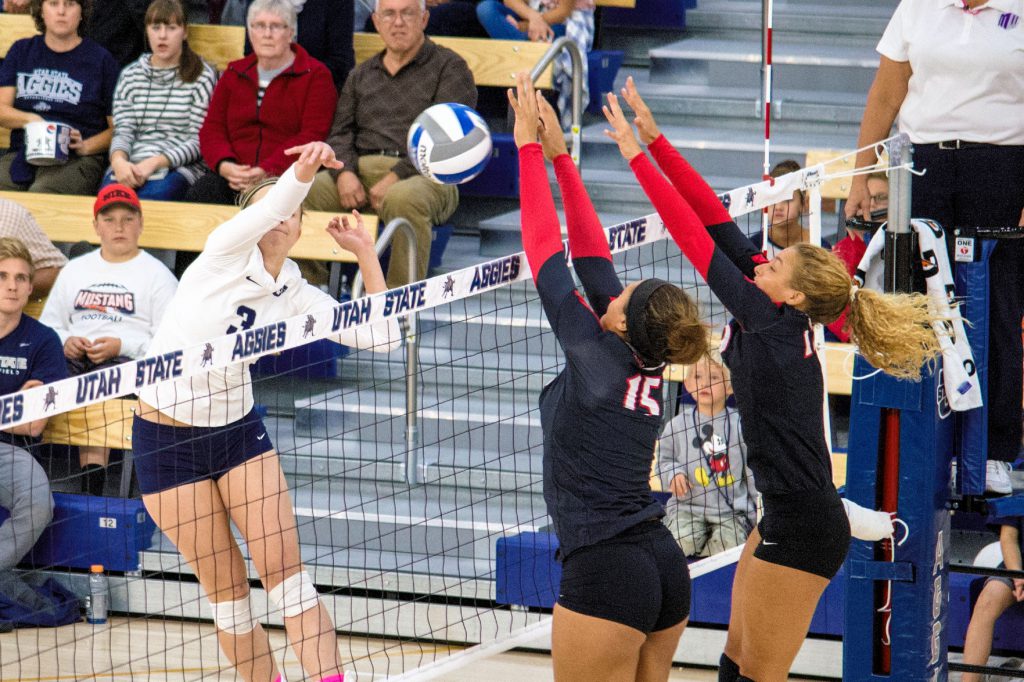 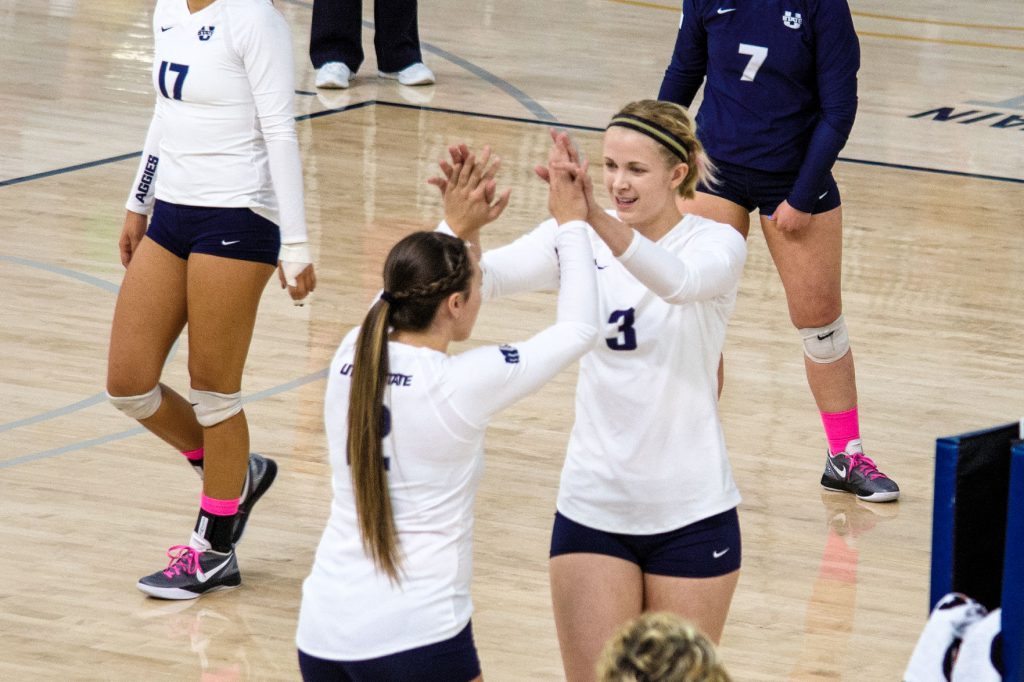 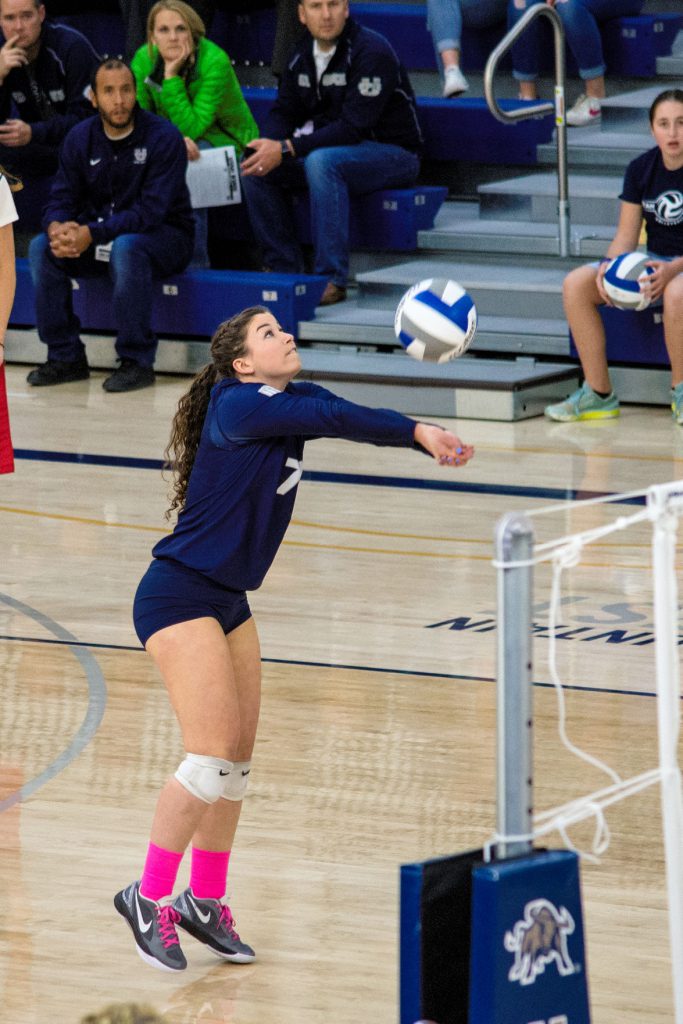 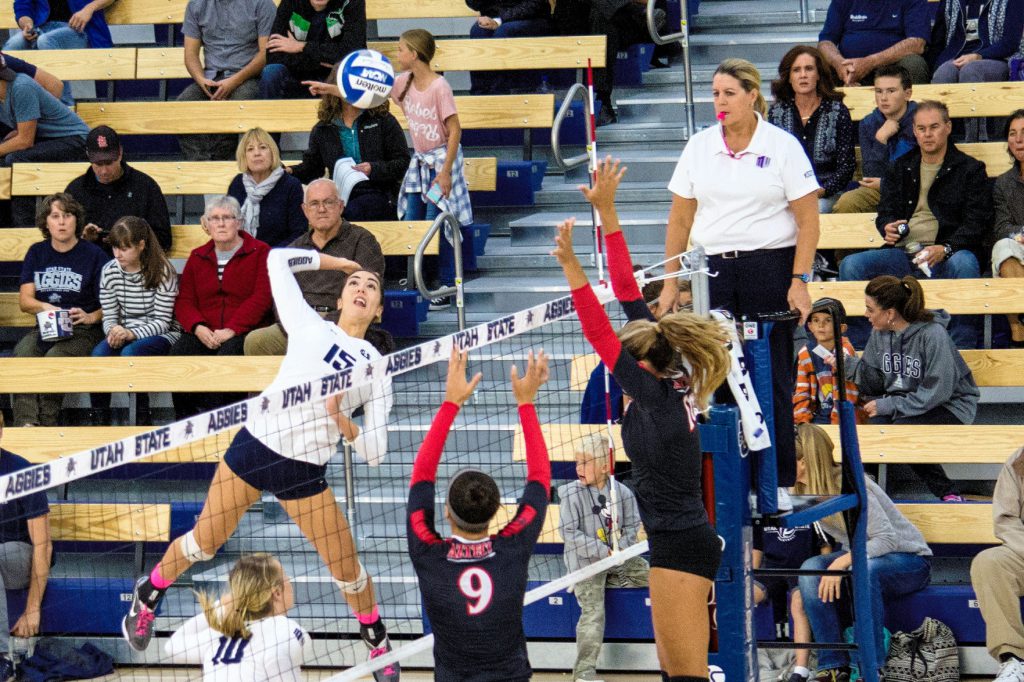