LOGAN, Utah – Utah State soccer wrapped up the home portion of its season Friday, as it earned a 1-0 shutout over the Nevada Wolf Pack.

With the win, the Aggies end the home season with a 7-2 record at Chuck &amp; Gloria Bell Field, including a perfect record against Mountain West opponents. The Aggies have now had a winning season at home for 14-straight seasons.

On the day, Utah State fired off a season-high 20 shots, including 11 on goal, which is also a season-best for the team. Senior forward Jessica Brooksby led the offense with shots, four of which were on target. She also scored the sole goal of the day. Nevada ended the day with eight shots, five of which were on goal. Sophomore Grace McGuire guarded the net for the Aggies, tallying five saves and earning her sixth solo shutout of the year,

With Friday’s win, the Aggies improve to 10-7-0 on the year, going 6-3-0 in Mountain West action. This marks the sixth-straight season that Utah State has secured at least a 10-win season. With the loss, Nevada falls to 5-11-0 overall and 2-6-0 in league play.

The single goal of the day came in the 34th minute of the first half. Junior defender Rachelle Warner made her way up from the midfield, taking the first shot of the play. As the Nevada goalkeeper stopped the attempt, the ball rebounded to the feet of Brooksby, where she was able to complete the play and put the Aggies on the board. This was the ninth goal of the season for Brooksby, and Warner’s second assist of the year.

Nevada’s closest shot on the day came in a penalty kick in the 73rd minute of play. Angel Meriwether took the shot after drawing the foul off senior midfielder Jayne Robison-Merrill. As she aimed for the lower right corner of the net, McGuire read the shot, diving for the save.

Utah State will conclude the weekend of competition at UNLV on Sunday, Oct. 23. The Aggies and Rebels will play at 2 p.m. (MT). USU will then close the season in a match at Boise State on Friday, Oct. 28. 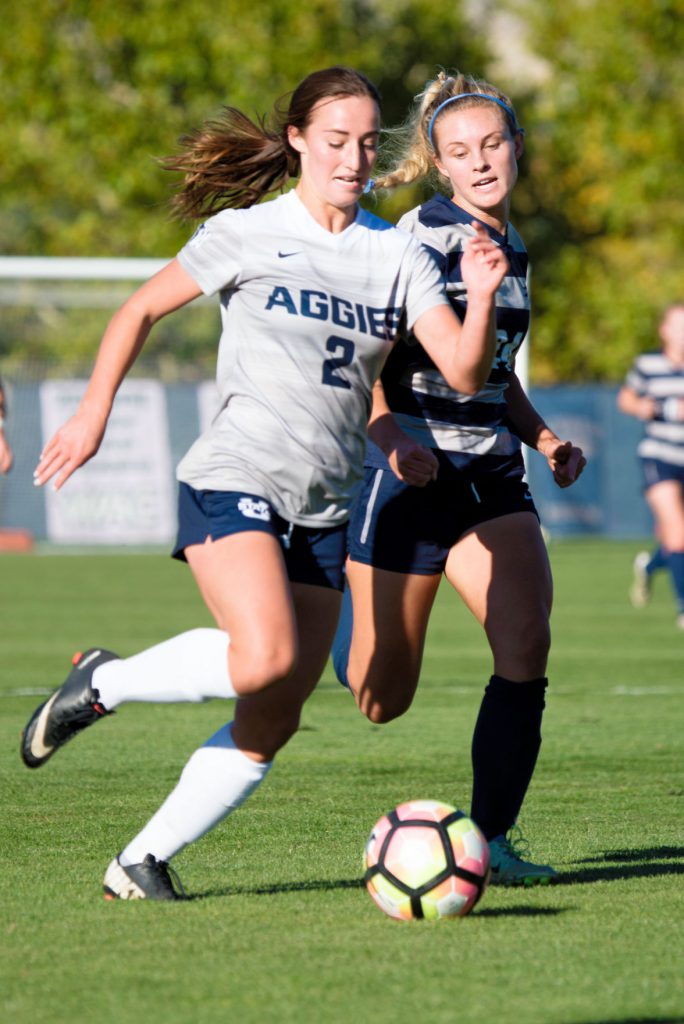 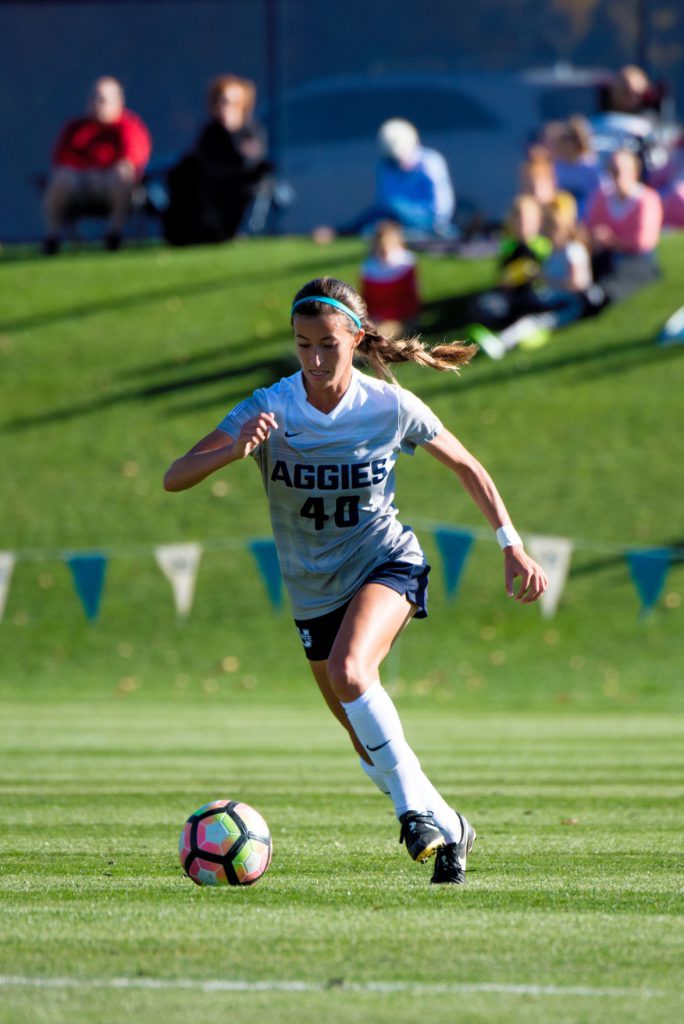 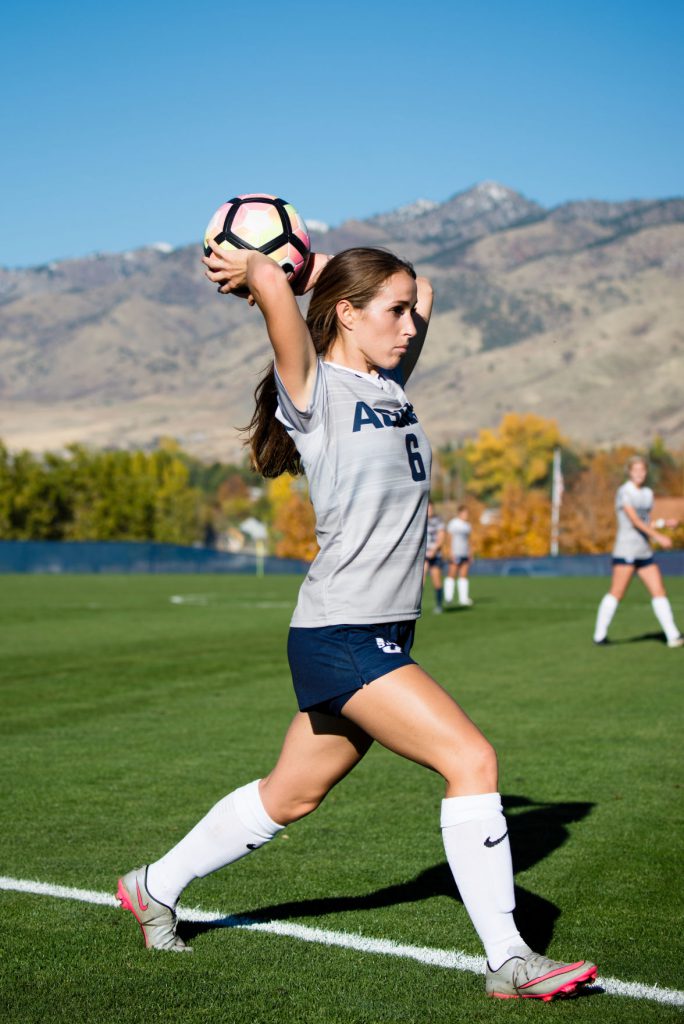 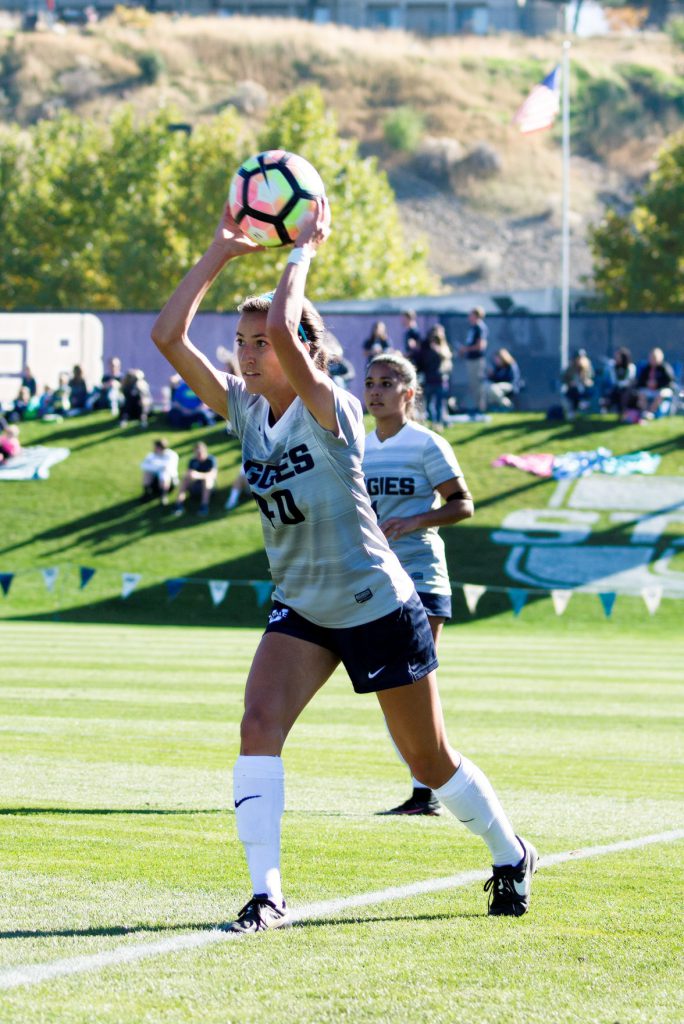 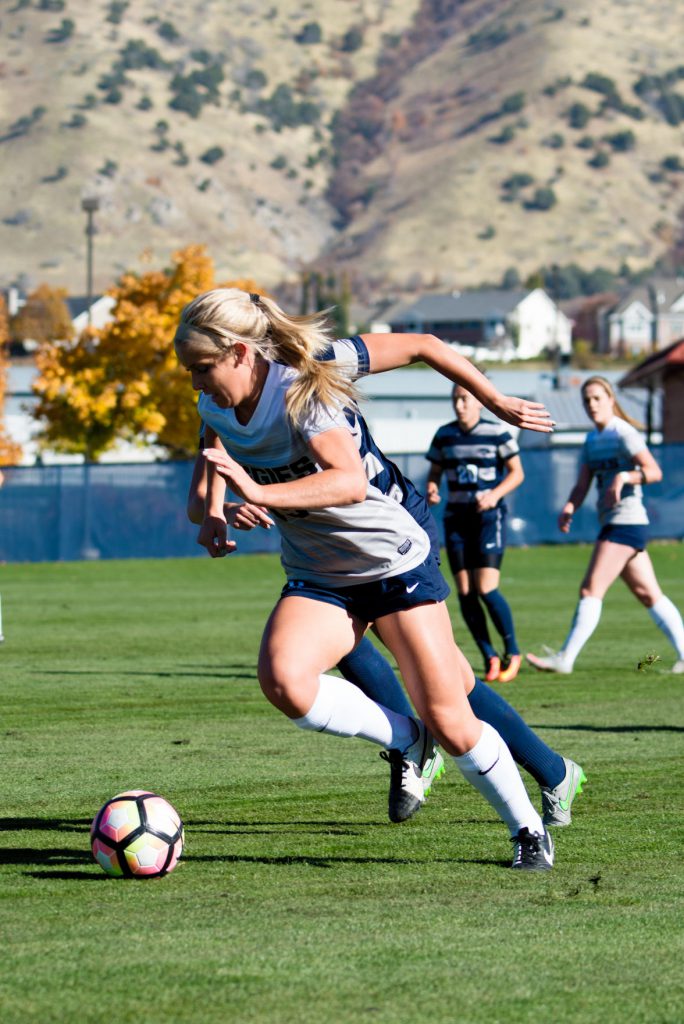 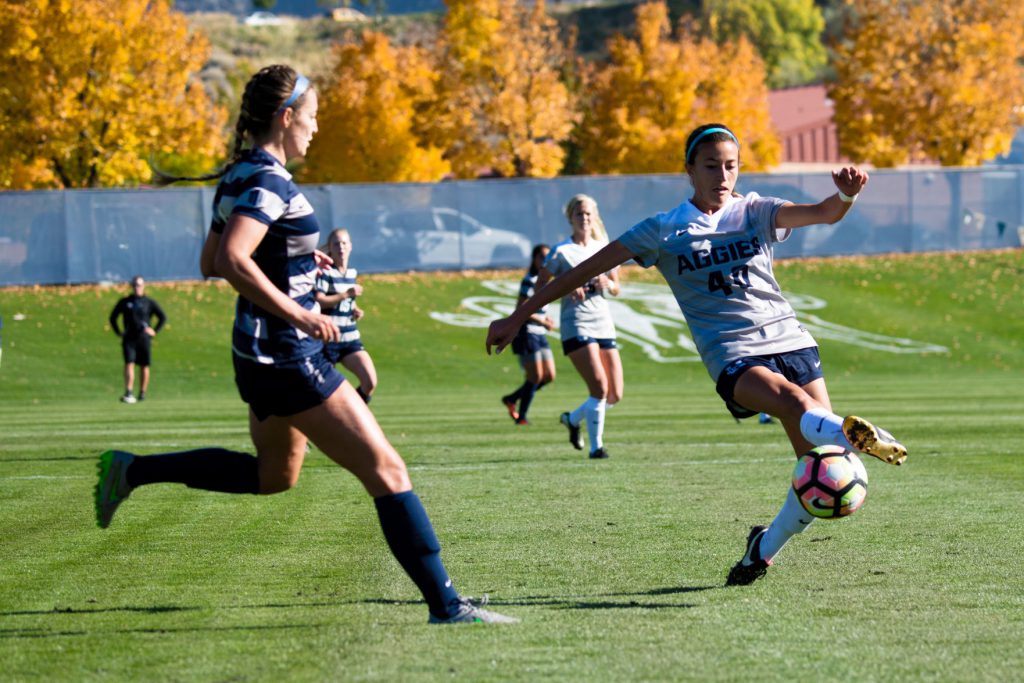 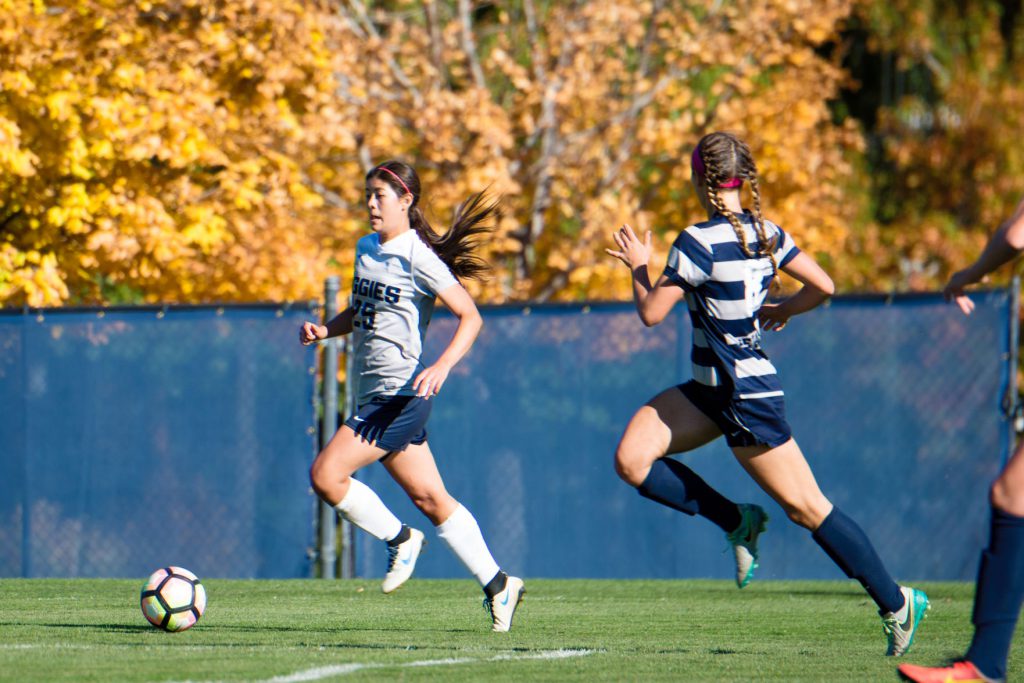 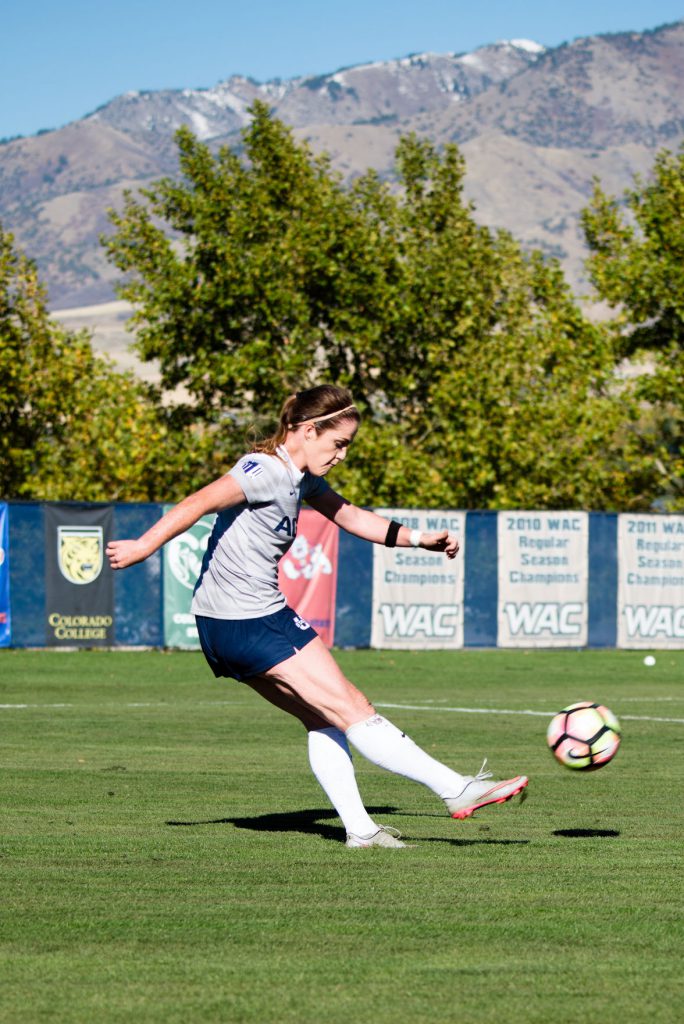 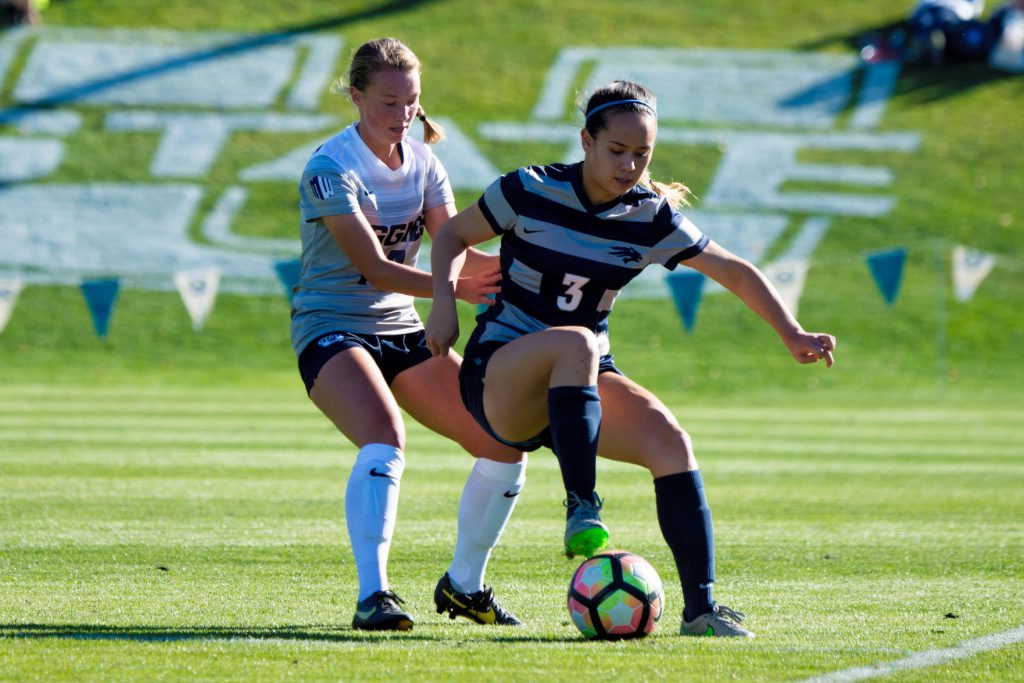 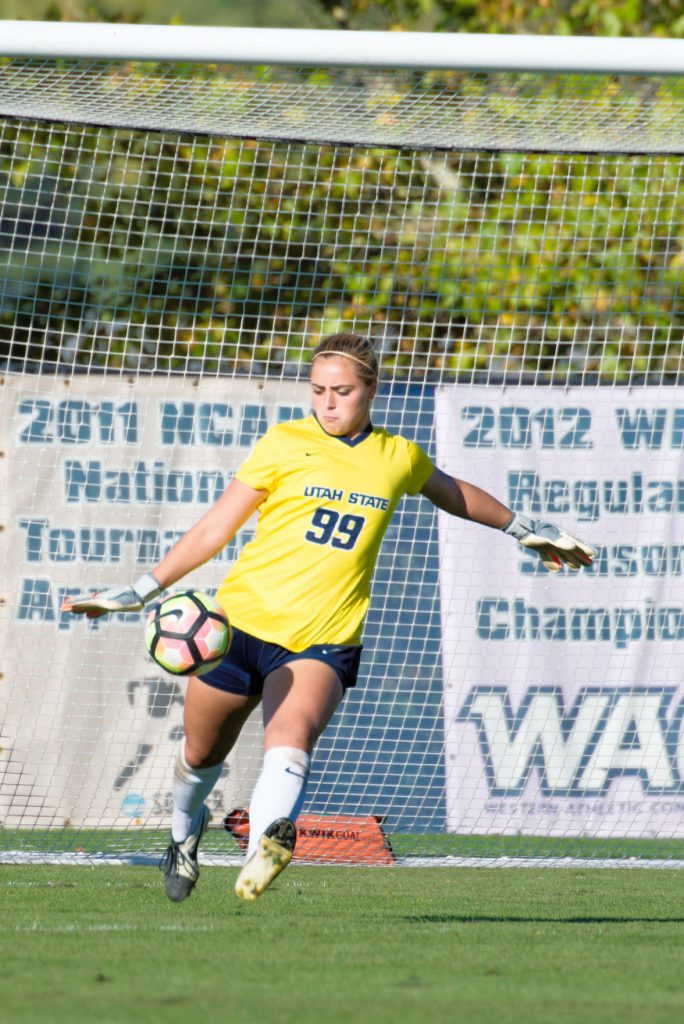 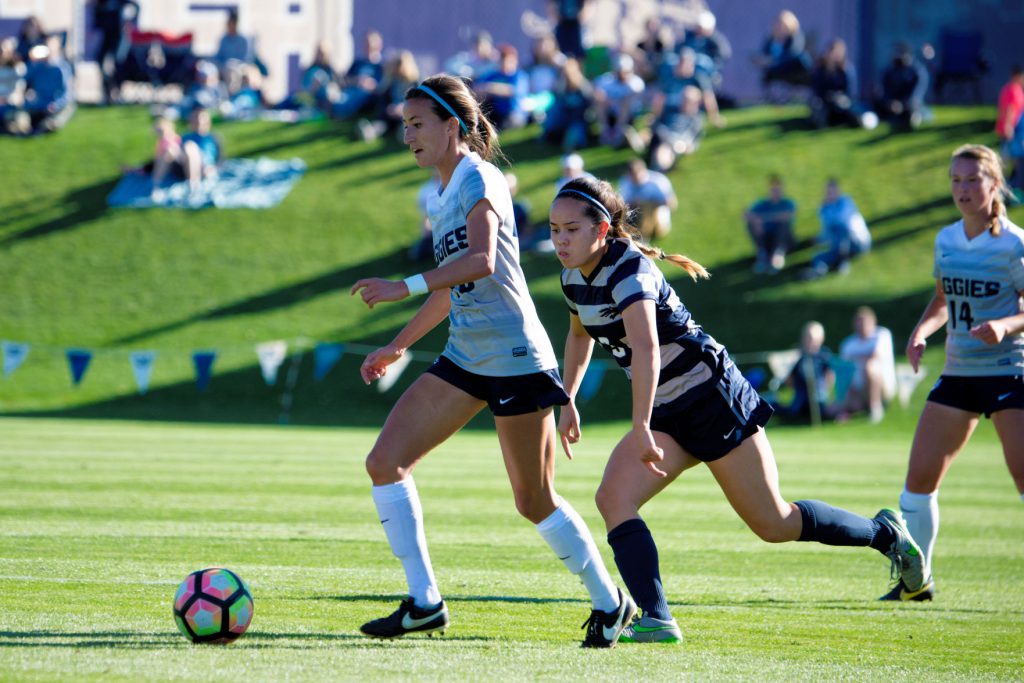 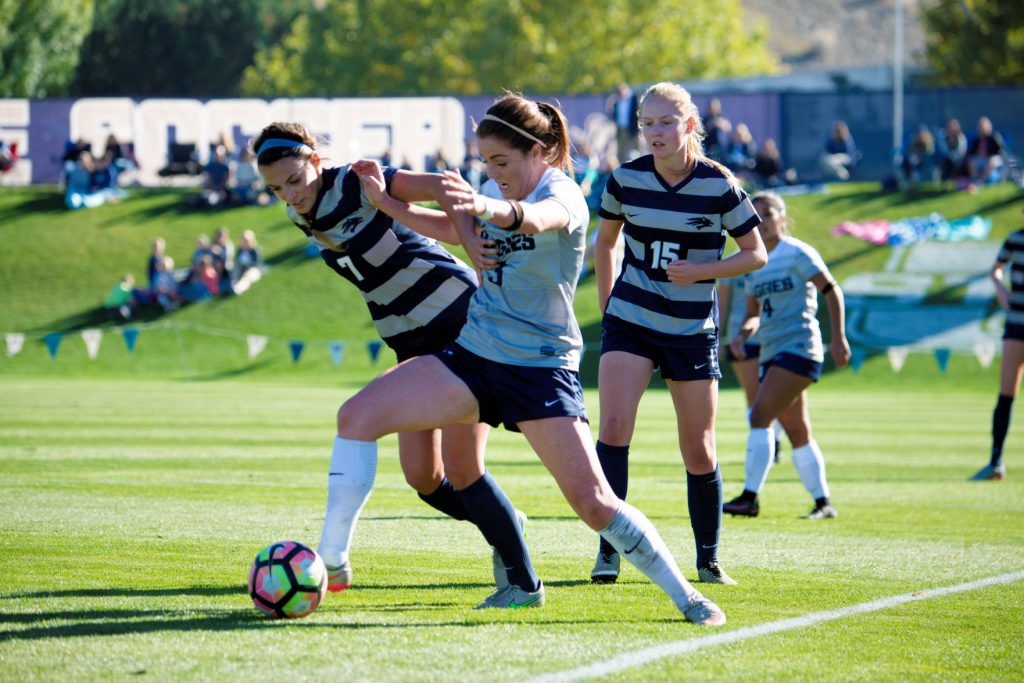 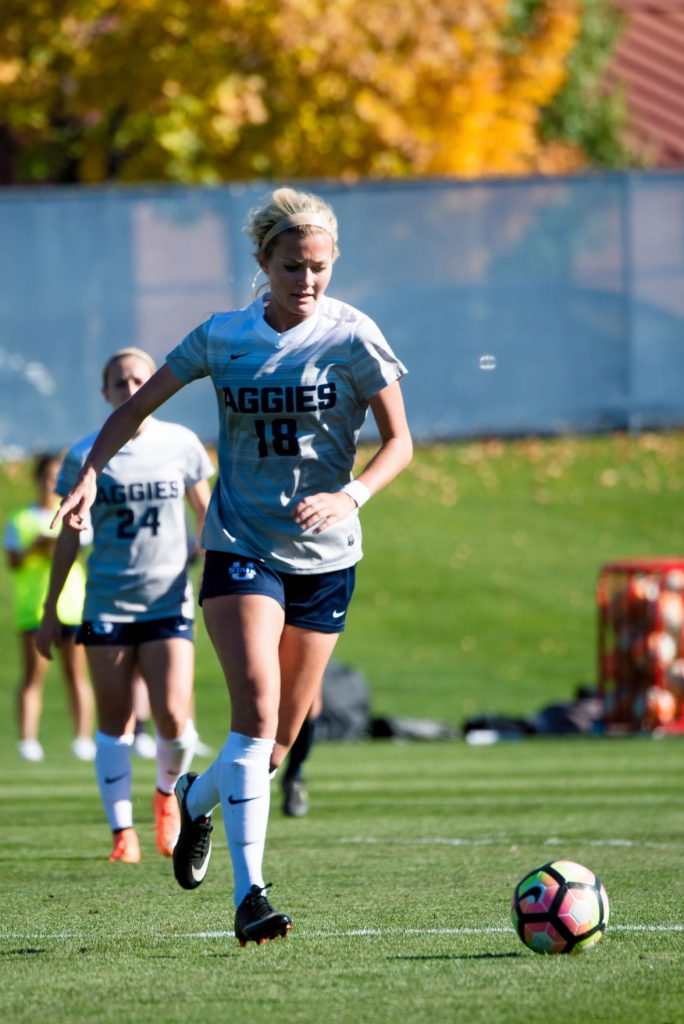 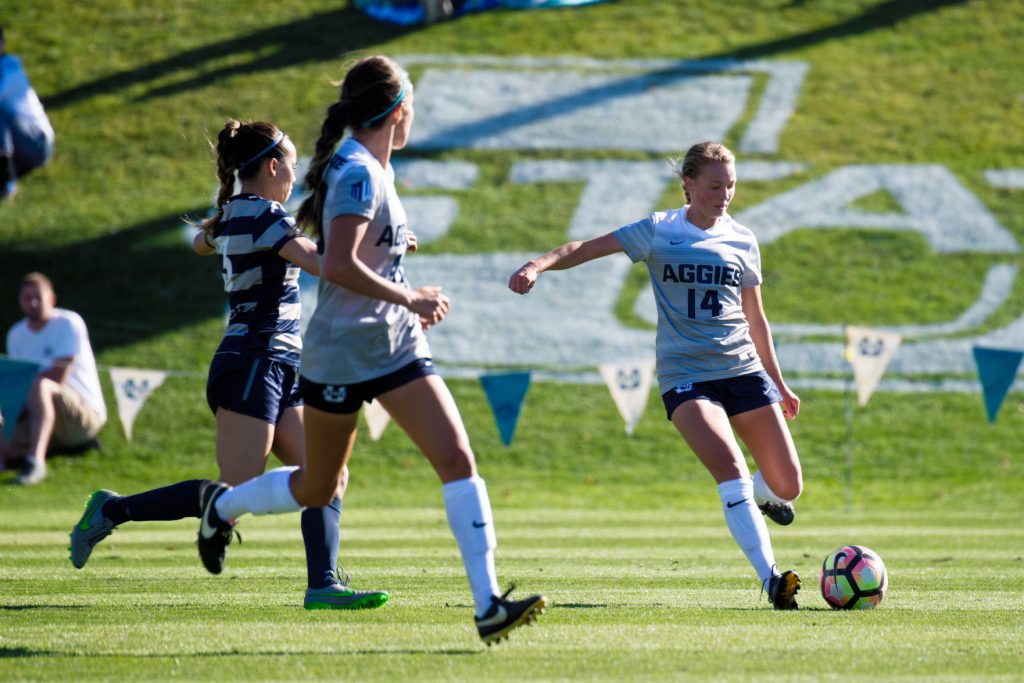 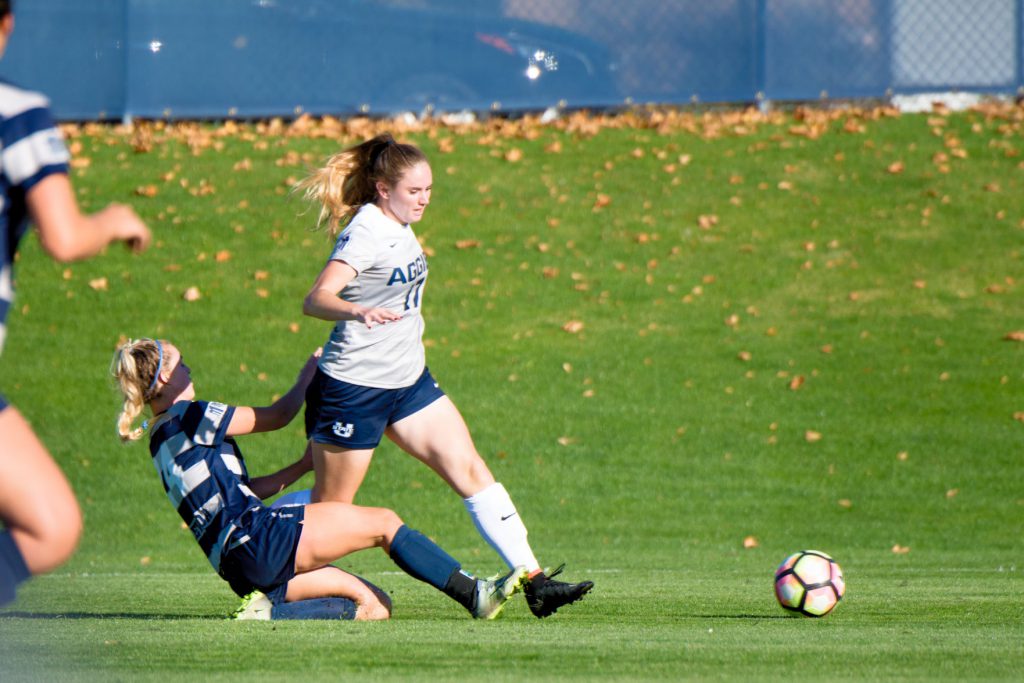 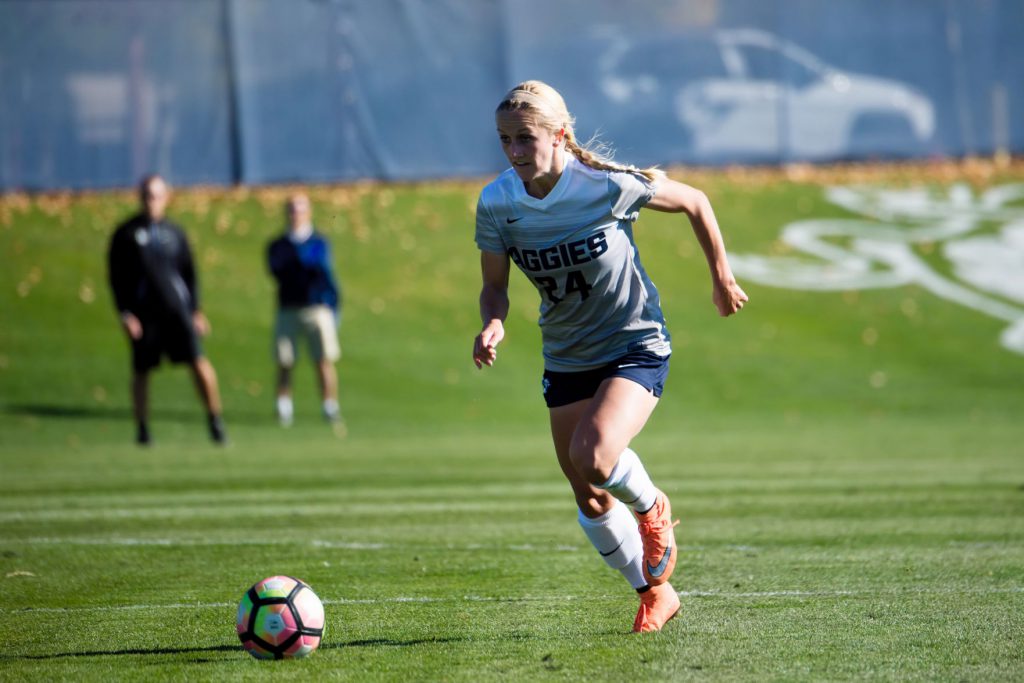 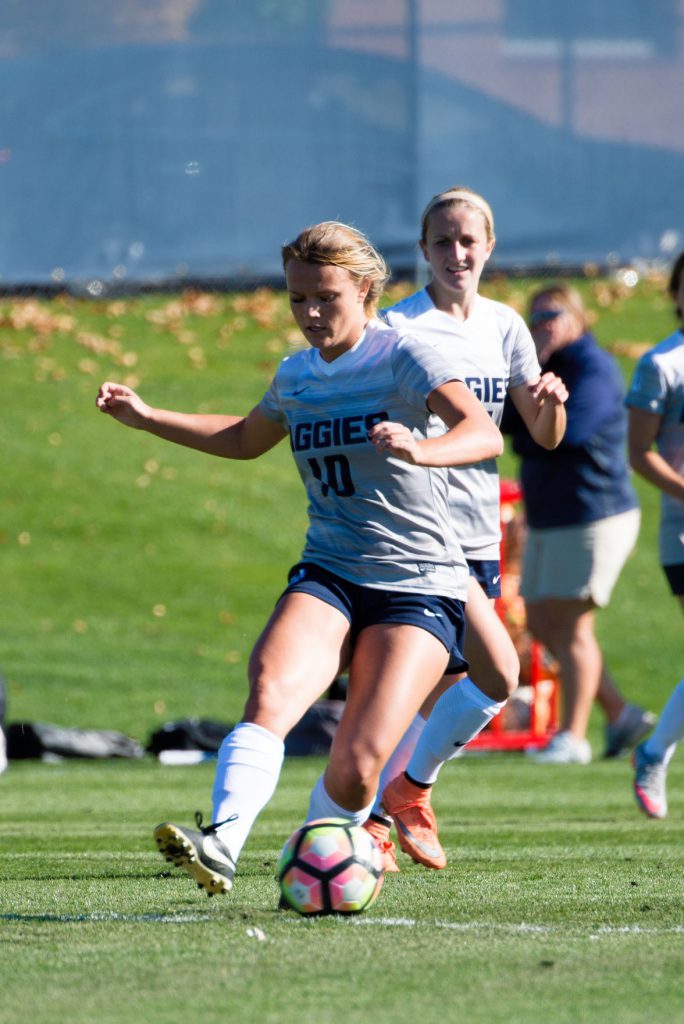 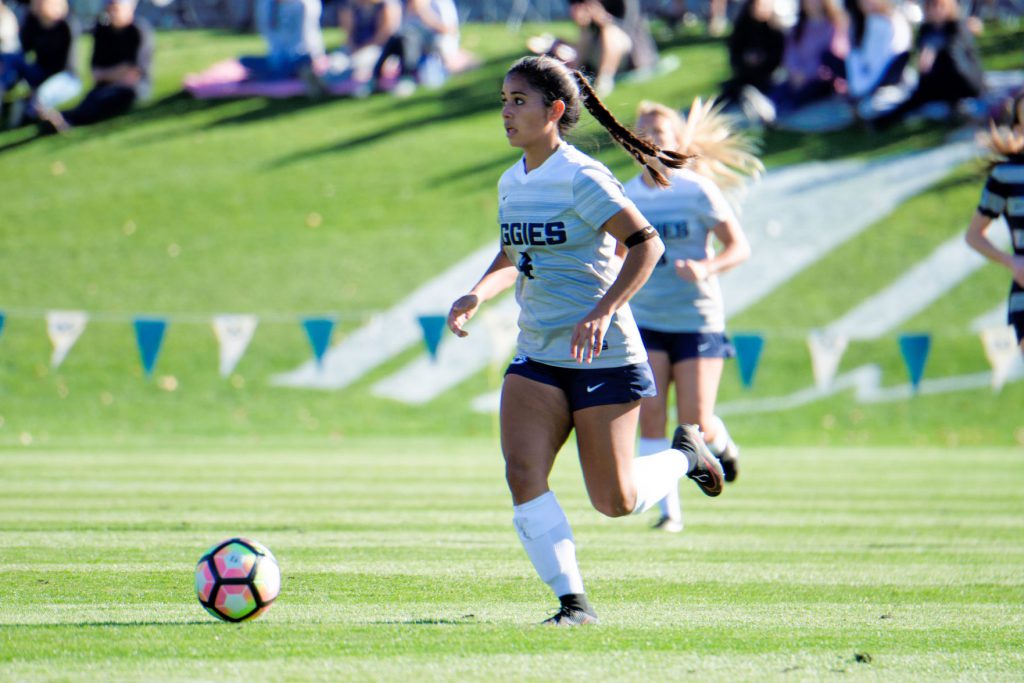 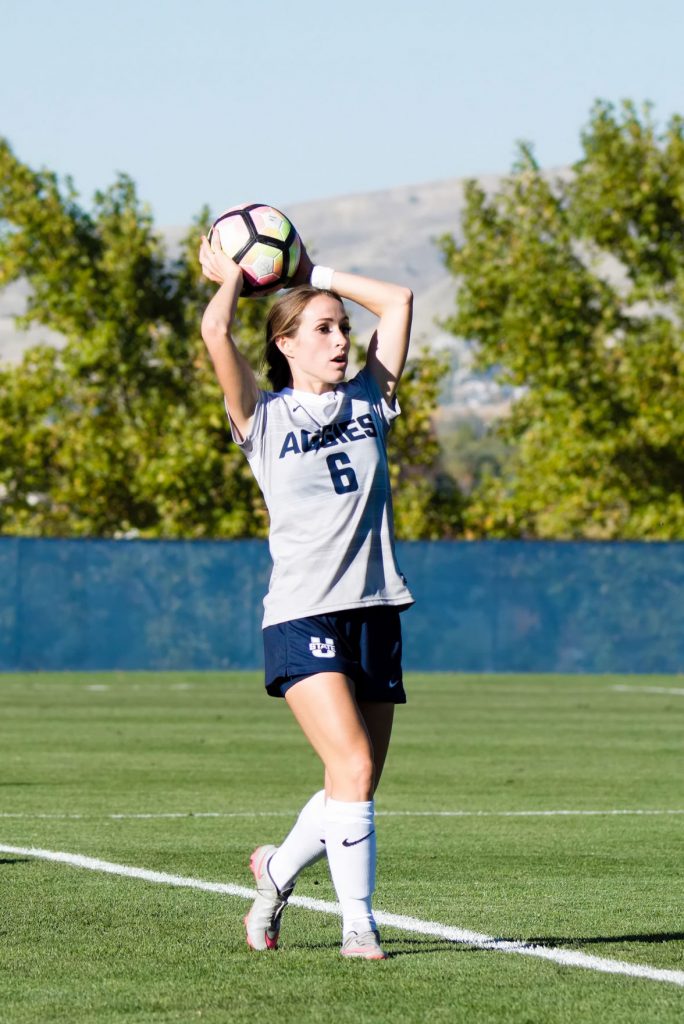 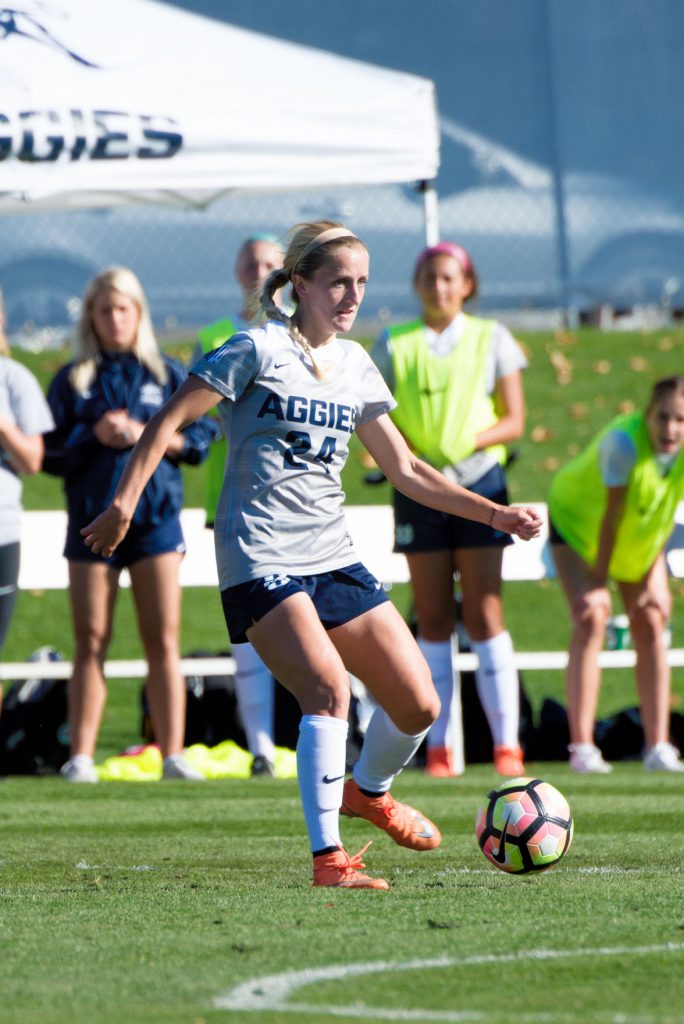 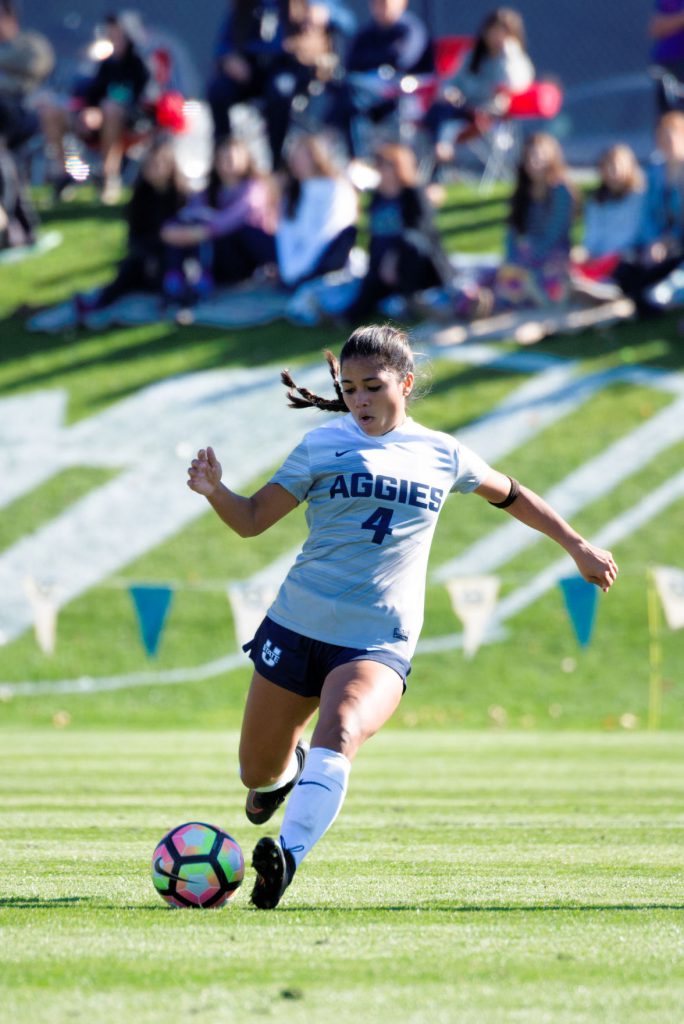 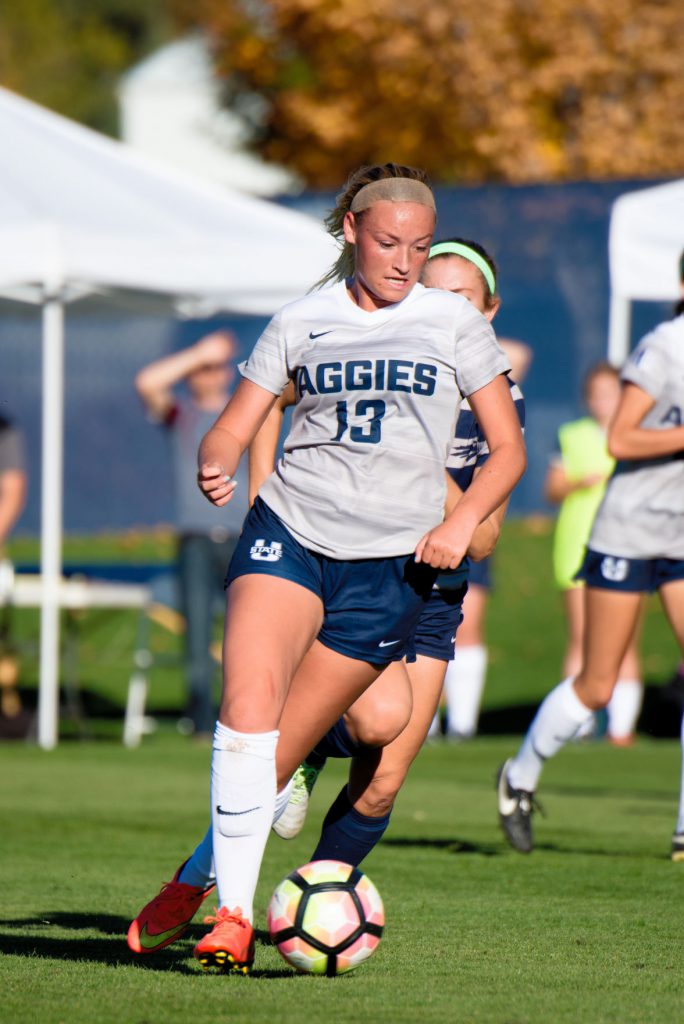 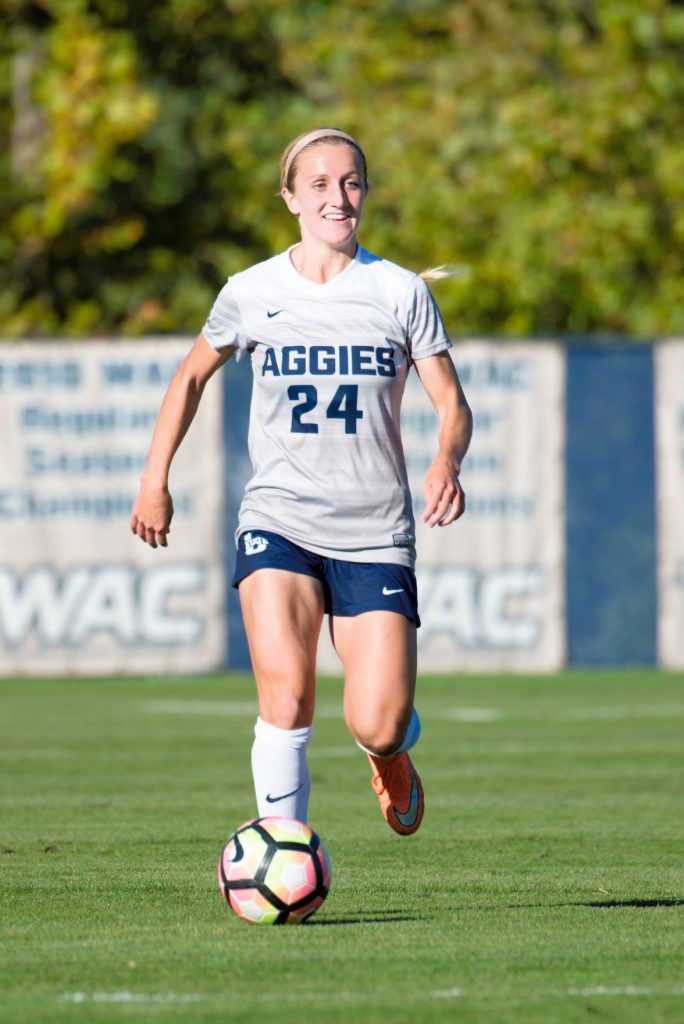