Elder David A. Bednar of the Quorum of the Twelve Apostles explains the purpose for the cornerstone ceremony of the Star Valley Wyoming Temple. Sister Susan Bednar grew up in Star Valley as did Barbara Perry (center with Sister Bednar), wife of late apostle Elder L. Tom Perry. They rejoiced in the dedication of the temple October 30, 2016.

Members of The Church of Jesus Christ of Latter-day Saints in western Wyoming had the chance to participate in the dedication of the Star Valley Temple, Sunday morning.

The dedication of the church’s 154th temple and first in the state, was presided over by Elder David A. Bednar, a member of the church’s Quorum of the Twelve Apostles. He and other church leaders put the finishing touch on the exterior of the temple by placing mortar around the cornerstone, before conducting the dedication.

Elder Bednar, whose wife Susan grew up in Star Valley, commented on the beauty of the temple and the blessing it will bring to the residents there.

“Well, as we came into town, to see now the finished grounds, with the grass, the flowers, even in this late fall, it’s gorgeous,” said Elder Bednar. “To walk through the temple, there is a simplicity and serenity as you are inside the temple that to me is very tangible.”

The Star Valley Temple will serve 16,000 members of the Church in Wyoming and parts of Idaho. Previously the closest temples were in Logan or Idaho Falls, Idaho.

During a three-week open house, from September 23 to October 8, 78,000 people visited the temple and learned more about the church.

Ground was broken and construction began in 2015. The temple was announced by Church President Thomas S. Monson during the Church’s October 2011 general conference.

The temple is located east of U.S. Highway 89 on what was once the Haderlie Farm property south of Afton.

There are currently 153 operating temples of the Church worldwide, with 25 more announced or under construction, including the Star Valley Wyoming Temple. 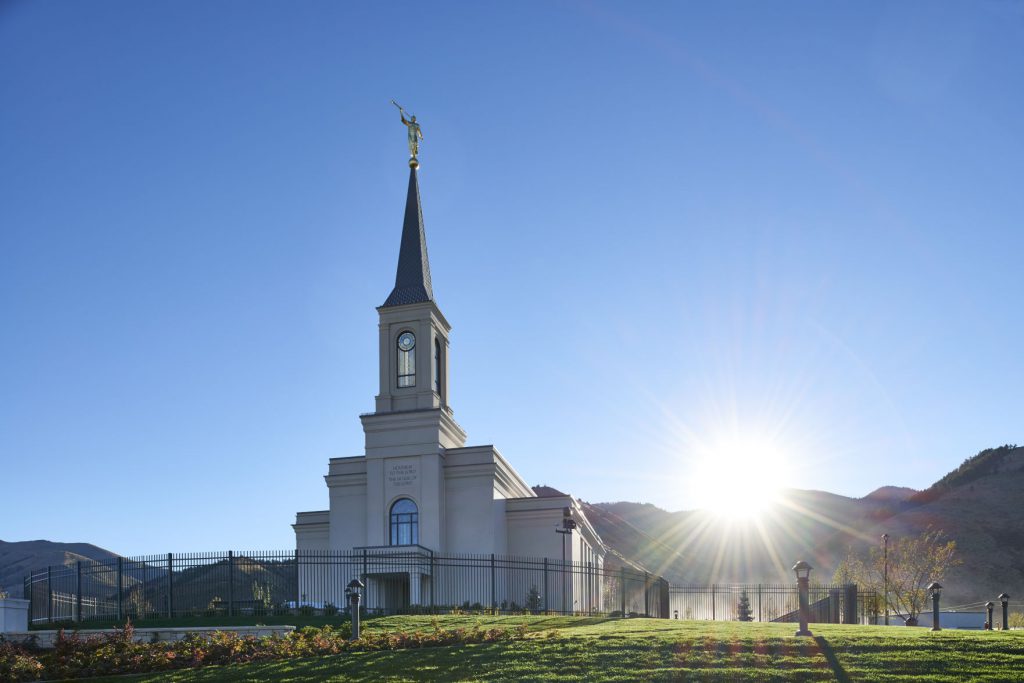 The Star Valley Wyoming Temple, the first in the state, located east of U.S. Highway 89 on what was once the Haderlie Farm property south of Afton.