Cache County Fire Deputy Chief Jason Winn said fire crews found the structure fully engulfed in flames when they arrived on the scene. The fire was reported by the shop’s owner, after he momentarily walked away from the building.

“The owner said he was doing a little work in the shop on a tractor, waked away from the shop, to go do something else, heard some commotion behind him, turned around and saw the shop on fire.” said Winn. “That’s when he called 911.”

The fire produced a dark column of smoke that was visible throughout the valley.

Winn said the owner of the shop did sustain some minor injuries from the fire.

“He was trying to get all of the vehicles that he could out. He did sustain a little bit of a burn, but medical looked at him and he didn’t want to be transported to the hospital.”

More than 55 firefighters from Trenton, Smithfield, Clarkston, Newton, Logan, North Logan and Franklin County, were called to the blaze.

Winn said the cause of the fire is under investigation and the amount of the damage is still being determined. 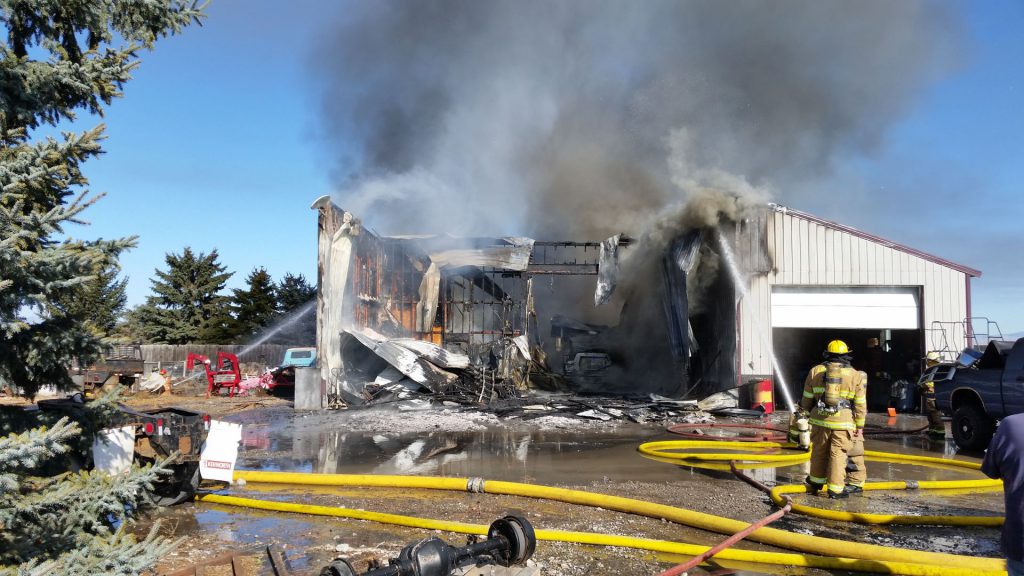 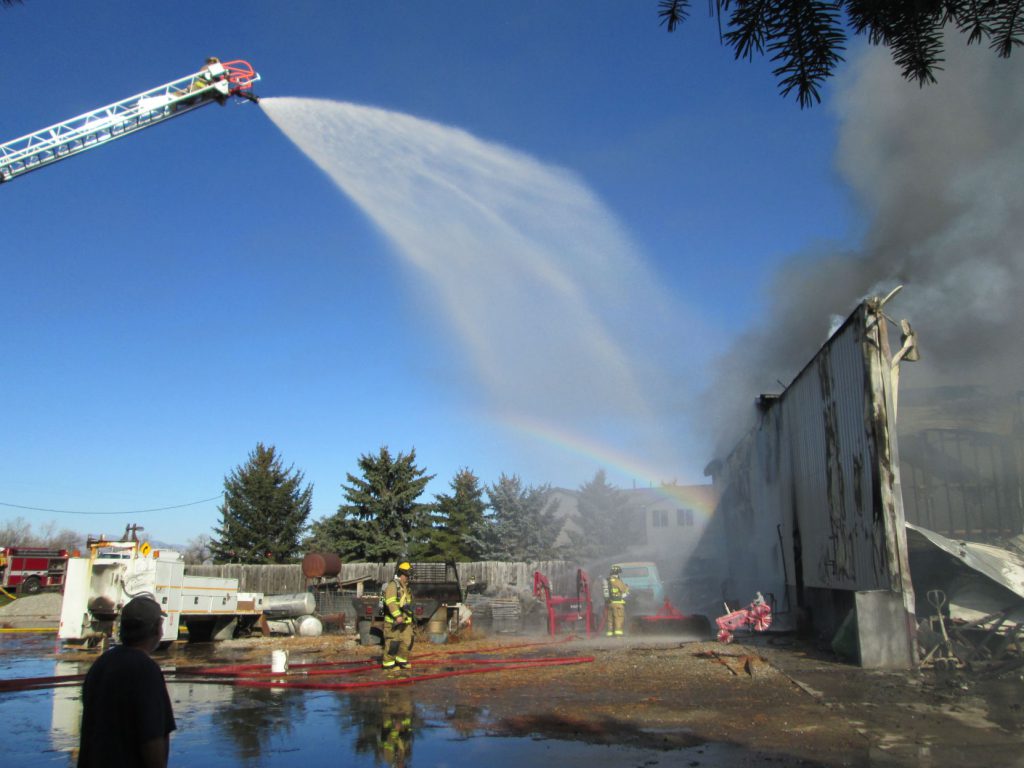 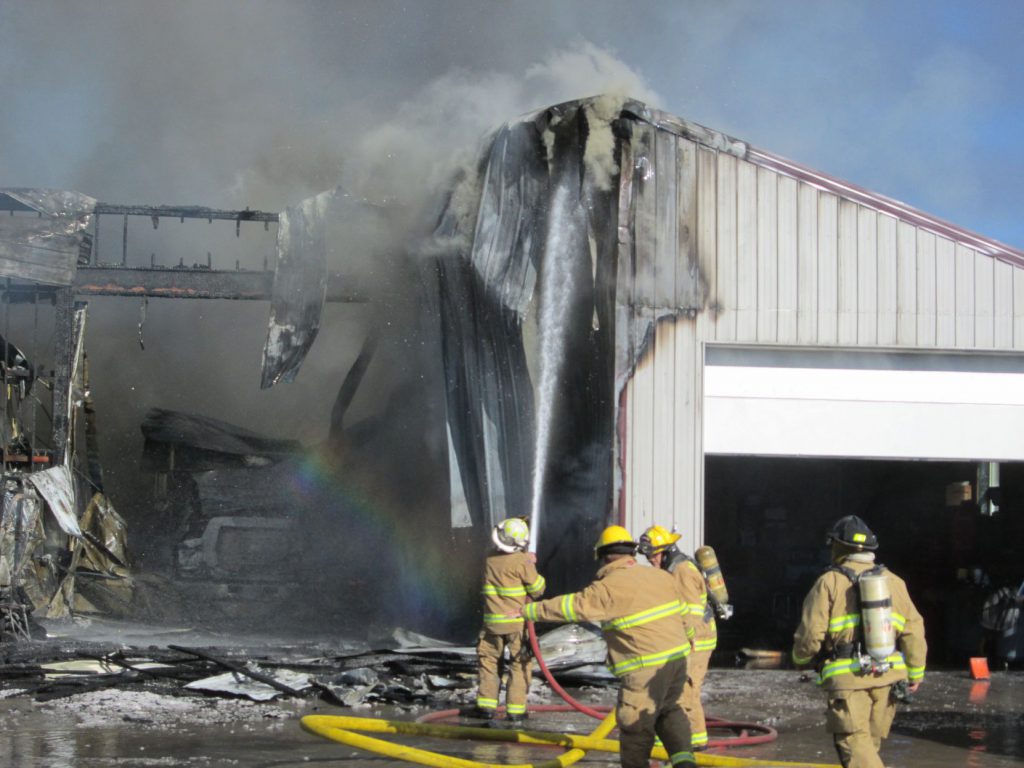 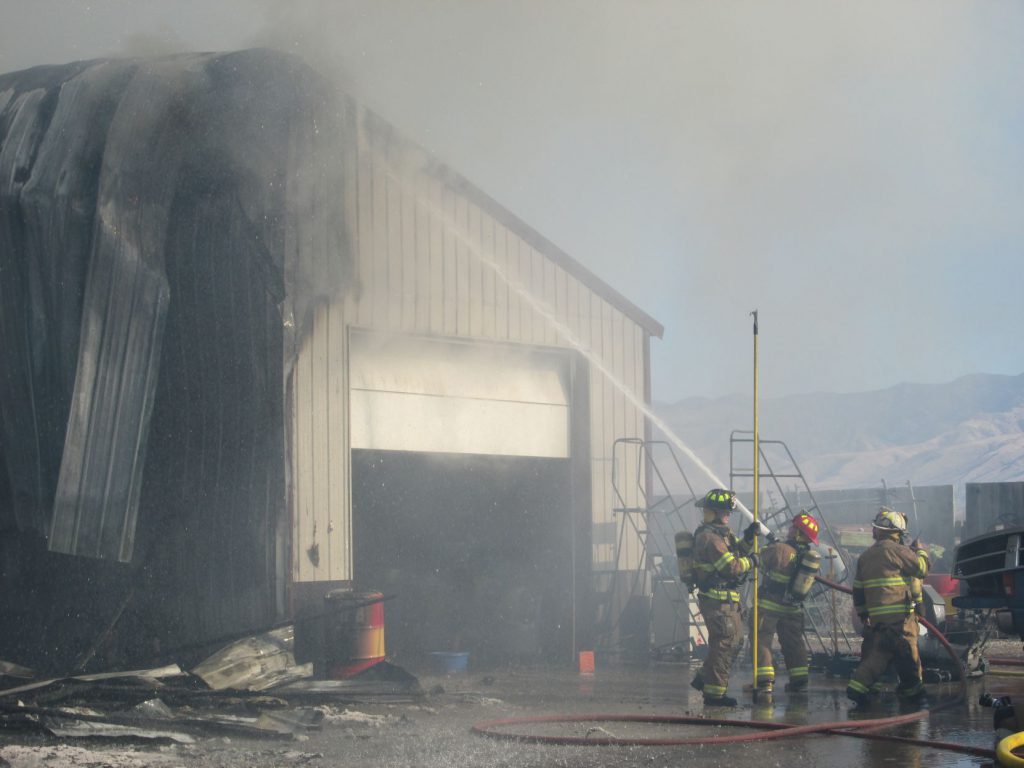