LOGAN — Police have arrested a 35-year-old man suspected of trying to record girls in a dressing room, and filming under women’s skirts on campus.

Logan City Police Chief Gary Jensen said Jordan Larsen was booked into the Cache County Jail Wednesday afternoon on suspicion of voyeurism. He is being held on $5,850 bail.

Larsen is suspected of using his cell phone camera to record girls in the dressing room at a dress store in the Cache Valley Mall, two-months ago. He reportedly ran from the mall when confronted by store employees.

Police believe he also tried to record under women’s skirts at Utah State University, by placing a recording device on his foot. The incident was captured by security cameras in September.

Officers from both Logan City and USU had released several photos recently, asking for the public’s help identifying the suspect.

Jensen could not disclose the specifics of Larsen’s interrogation because of the ongoing investigation. He said though that Larsen was taken into custody after investigators were able to determine probable cause, matching Larsen to the suspect’s description.

Larsen is expected to be arraigned on formal charges in 1st District Court, Thursday afternoon. 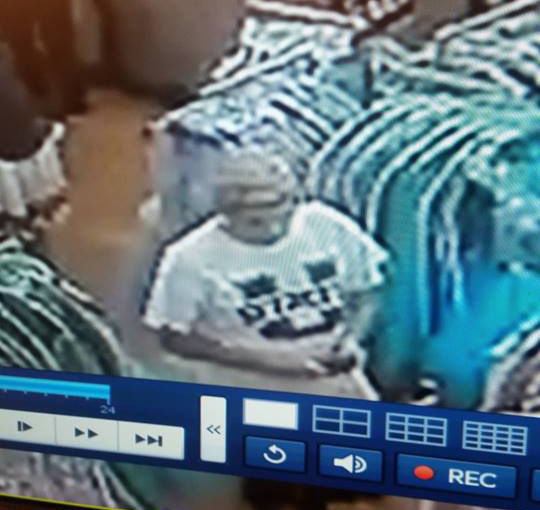