LOGAN – Wednesday night’s matchup with Bristol University featured some thrilling dunks and a 96-53 win for the Utah State basketball team.

Due to a recent loss of NCAA accreditation, the game couldn’t count for or against USU’s overall record, and none of the stats would be recorded.

That didn’t matter to the players.

“For us every game counts,” redshirt sophomore Alexis Dargenton said. “Coach reminded us that we needed this game to get comfortable with the offense and the defense and get everything set up for the big week coming up.”

Head coach Tim Duryea said he wanted to use the opportunity to get everyone playing time. No USU player got more than 23 minutes, but no one got less than 11 either.

“Coaches look at non Division-I games differently,” Duryea said. “My philosophy is, anytime you can, always get minutes to any kid that practices hard for you.”

Duryea said he didn’t expect Bristol to play the whole game in a zone defense, but liked how his team used it to improve.

“We would have liked to play against a little man-to-man,” he said. “But the opposite of that is we got better in our zone offense as the game went along.”

Dargenton said it gave the team a chance to practice getting the ball inside.

“Coach reminded us that we have a big size advantage on them and needed to learn how to get the ball inside,” he said.

Like minutes, the points were more evenly distributed among the Aggies. Senior guard Shane Rector led with 16 points, Quinn Taylor dropped 12 and Norbert Janicek added 11, but every other player scored at least 5.

“Everybody got their touches,” Rector said. “Everybody was knocking down their shots. We were all playing unselfish.”

The game never seemed in doubt. USU reached a 20-point lead in the first half, but that dwindled a bit in the second. The lead dropped to 19 early in the second, but a 15-point USU run soon put the Aggies up 69-35.

The run was highlighted by a high-flying Rector alley-oop dunk set up by freshman guard Koby McEwen. Rector said the two had an agreement before the game that if either one was on a fast break, the other would throw it up for an alley-oop.

“We made that eye contact,” Rector said. “It was showtime.” 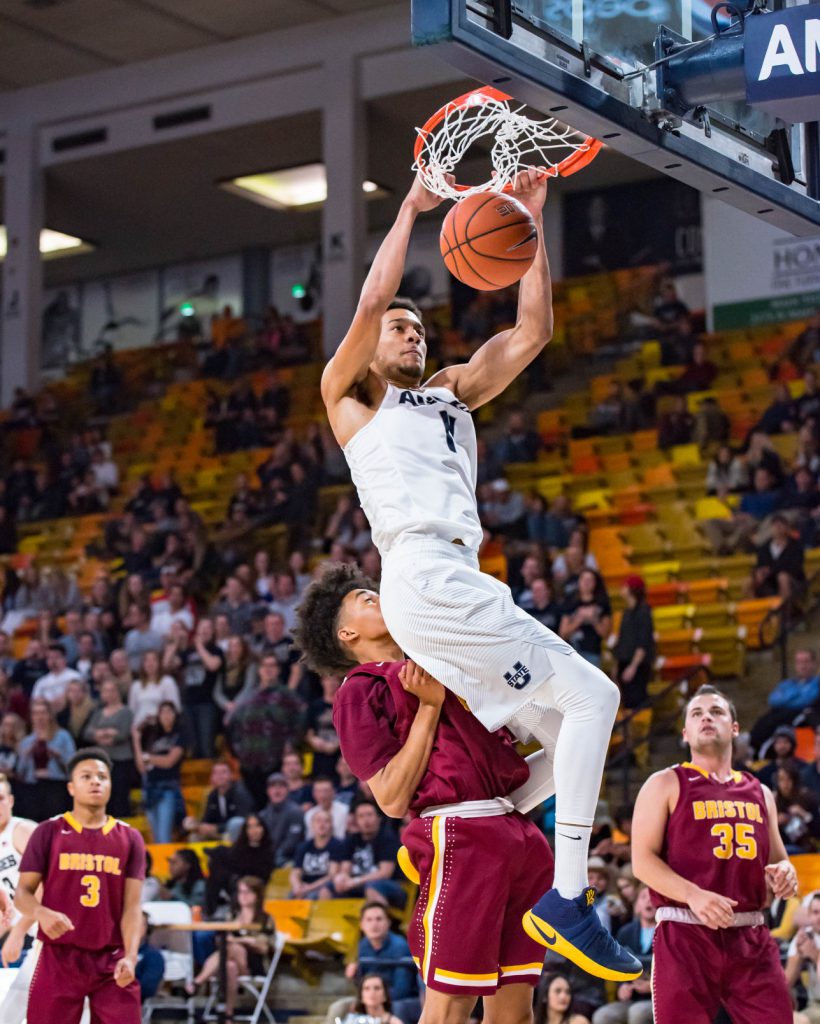 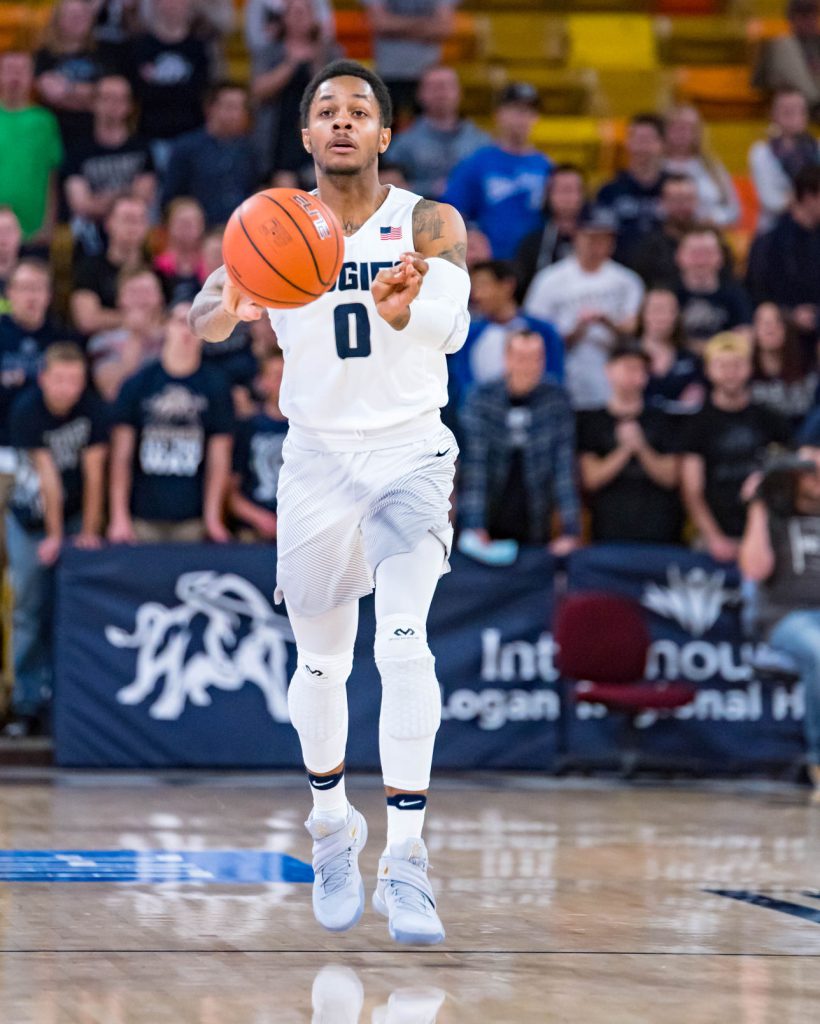