LOGAN, Utah – Utah State women’s basketball wrapped up its first long homestand of the season in a 70-54 loss to Southern Utah Tuesday.

Freshman guard Eliza West was the top scorer for the Aggies Tuesday night, leading the team with 11 points. Sophomore guard Rachel Brewster was next with nine on the night. Southern Utah had three players in double figures, led by 21 points from Jamie Smith. Sophomore center Deja Mason led Utah State in rebounding, tallying a season-high seven boards. In all, the Thunderbirds held a 43-33 rebounding advantage.

Utah State suffered its first loss of the season Tuesday, falling to 3-1 on the year. Southern Utah remains undefeated, moving to 3-0 overall.

The Aggies were on the board first Tuesday on a deep 3-pointer from freshman guard Eliza West. However, the Thunderbirds were quick to tie it up and then take the lead on a 6-0 run, forcing an early USU timeout. The next span of game was riddled with turnovers and missed shots on both ends of the court, as neither team scored for nearly three minutes, while the Aggies went without a point for five minutes. Mason ended the skid for Utah State as she went 1-for-2 at the free throw line. The struggles for the Aggies continued, as the team went without a field goal for eight minutes before sophomore guard Katie Toole scored her first points of the game. Shooting from behind the arc in the final seconds, Brewster had the final say in the quarter, but the Thunderbirds led, 19-13.

The struggles continued into the second quarter for the Aggies, as the Thunderbirds went on a 10-2 run. Freshman forward Dufficy had the only USU points in the first six minutes of the quarter, with a shot and the and-1. A layup from freshman forward Dee Moore broke up the Southern Utah run, but the Thunderbirds answered right back. The Aggie defense held the Thunderbirds to just two points in the final two minutes of the half, while Eliza West added a 3-point shot on the last play. At the break, Southern Utah led, 39-23.

As the second half got underway, Utah State was first to score on a layup from Geer. Dufficy followed with a shot of her own, but the Thunderbirds added two quick field goals of their own. After the media timeout, Utah State found its groove as it went on an 8-0 run over two-and-a-half minutes of play, highlighted by back-to-back 3-pointers from Toole and Olivia West. Southern Utah went more than five minutes without scoring through the third quarter, allowing the Aggies to cut their deficit to single digits. Dufficy ended the period with the team’s third 3-point shot of the quarter, but the Aggies trailed by 10, 52-42, as the teams went into the final quarter.

Southern Utah slowly built its lead back up in the fourth quarter. Over the final minutes of the game, the Thunderbirds made six of their first eight shots during the quarter, going on an 8-0 run and holding the Aggies scoreless for more than three minutes. The Aggies made a final push with three free throws and a final layup from freshman guard/forward Hailey Bassett, but Southern Utah kept its lead for the win.

Utah State takes to the road for the remainder of the week, playing its first road games of the season at the Montana-hosted Lady Griz Classic. The Aggies will open the tournament against Incarnate Word in a 2 p.m. game on Friday, Nov. 25. The weekend will then conclude against Montana at 2 p.m. on Sunday, Nov. 27. 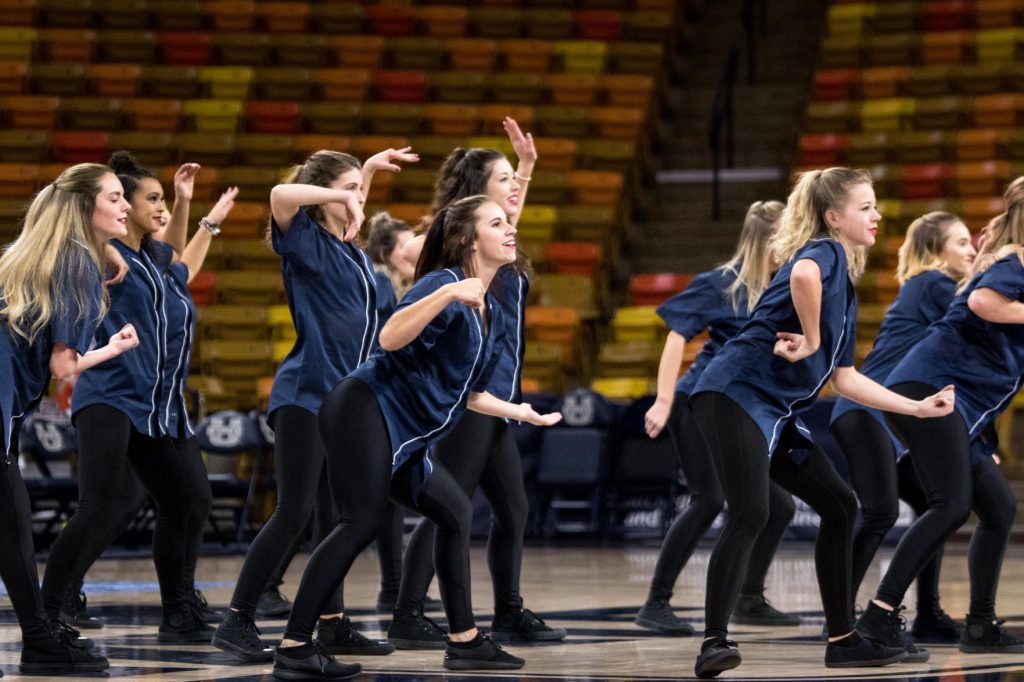 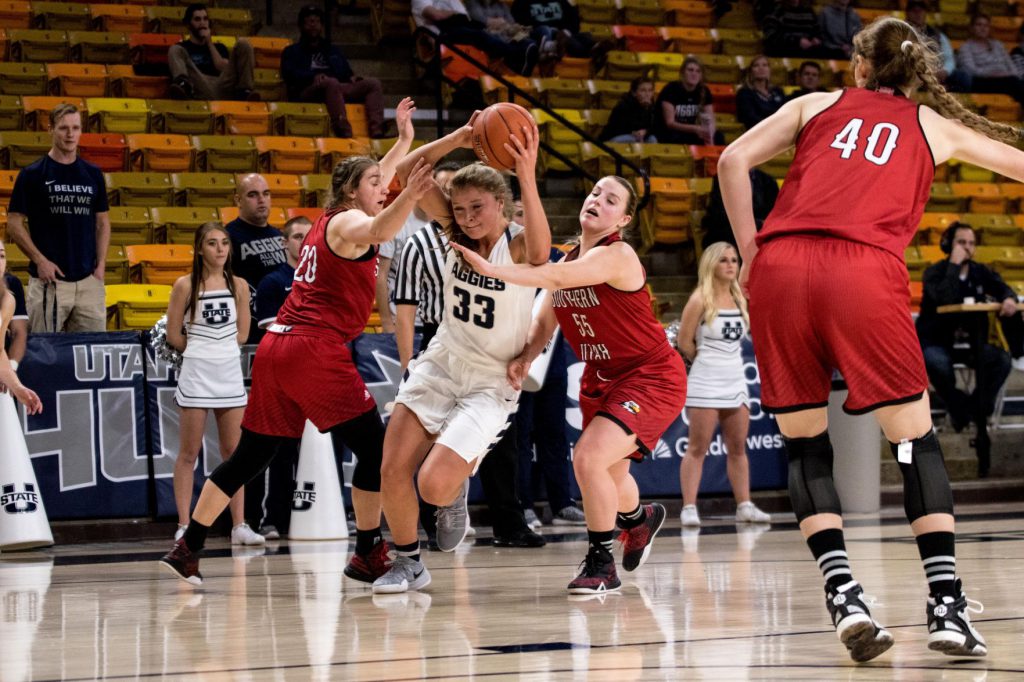 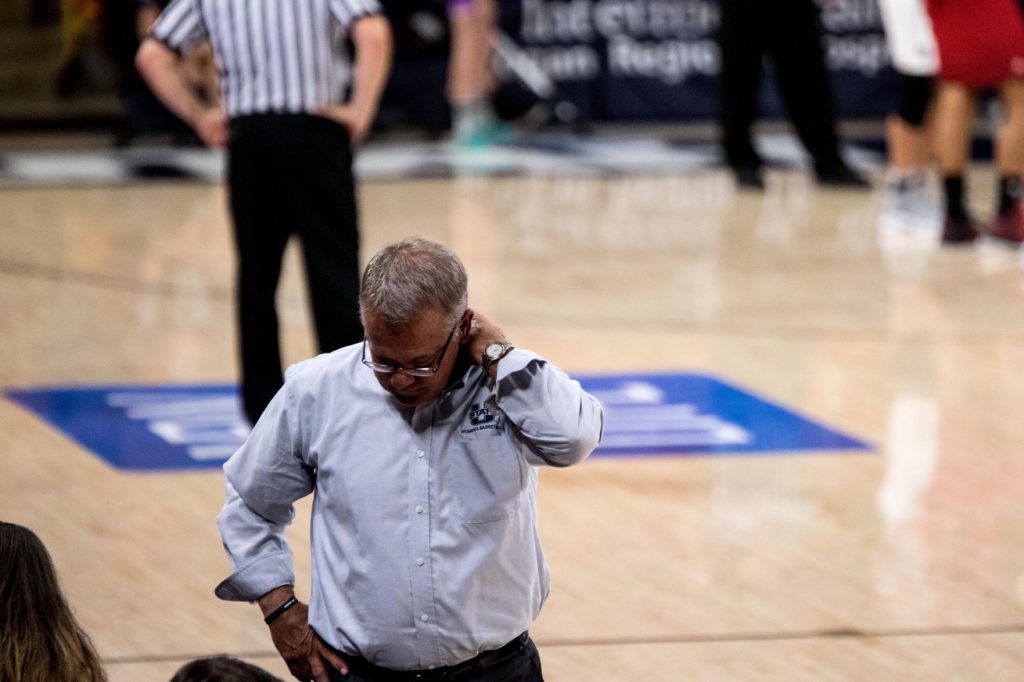 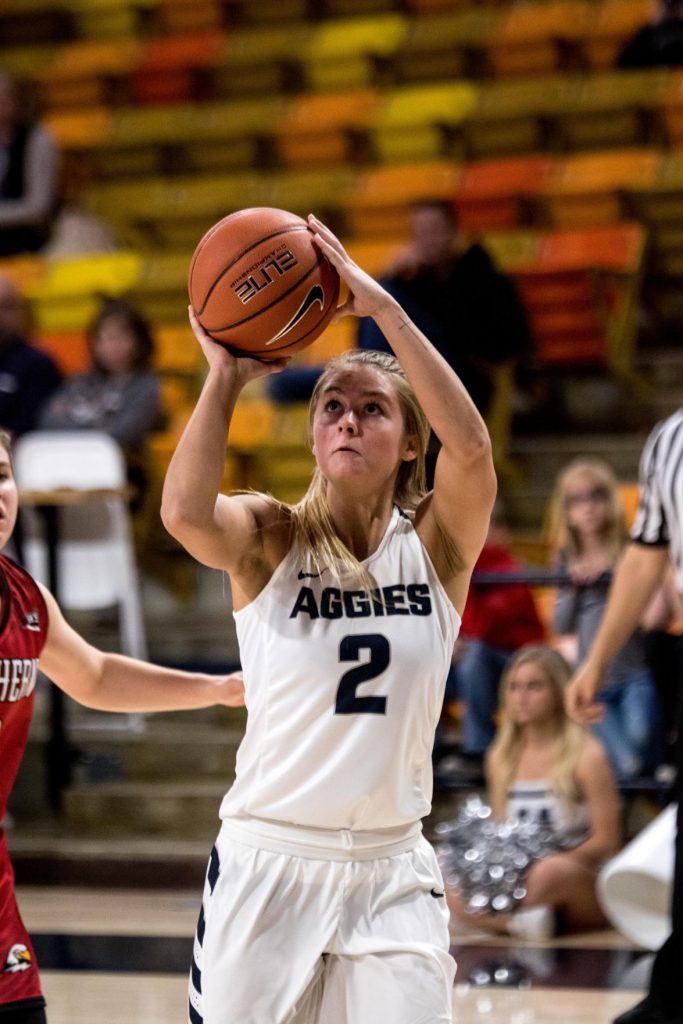 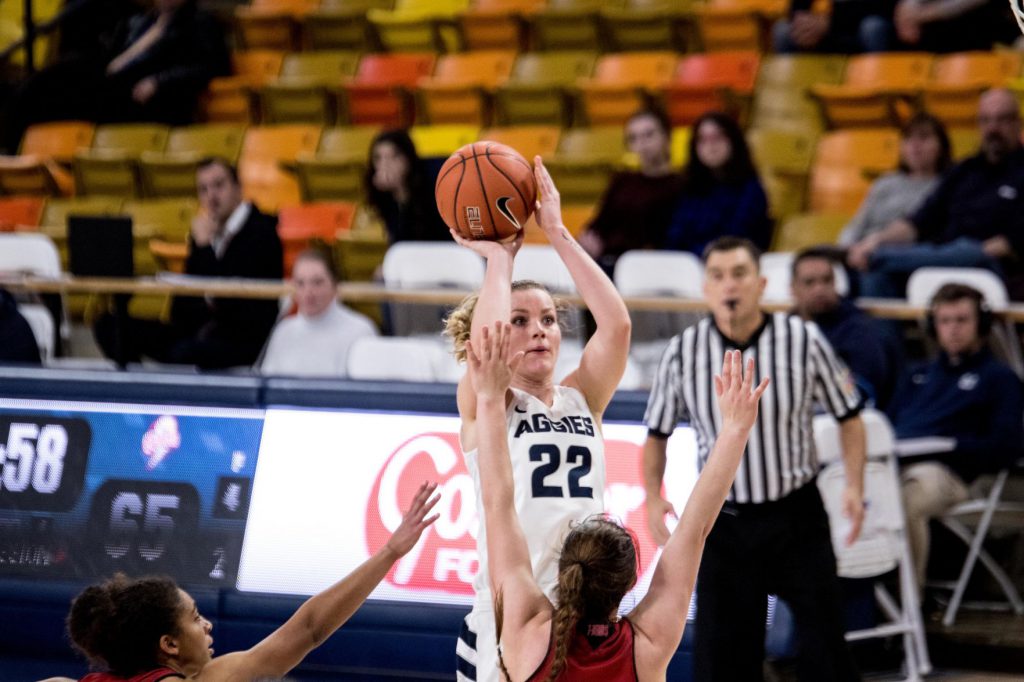 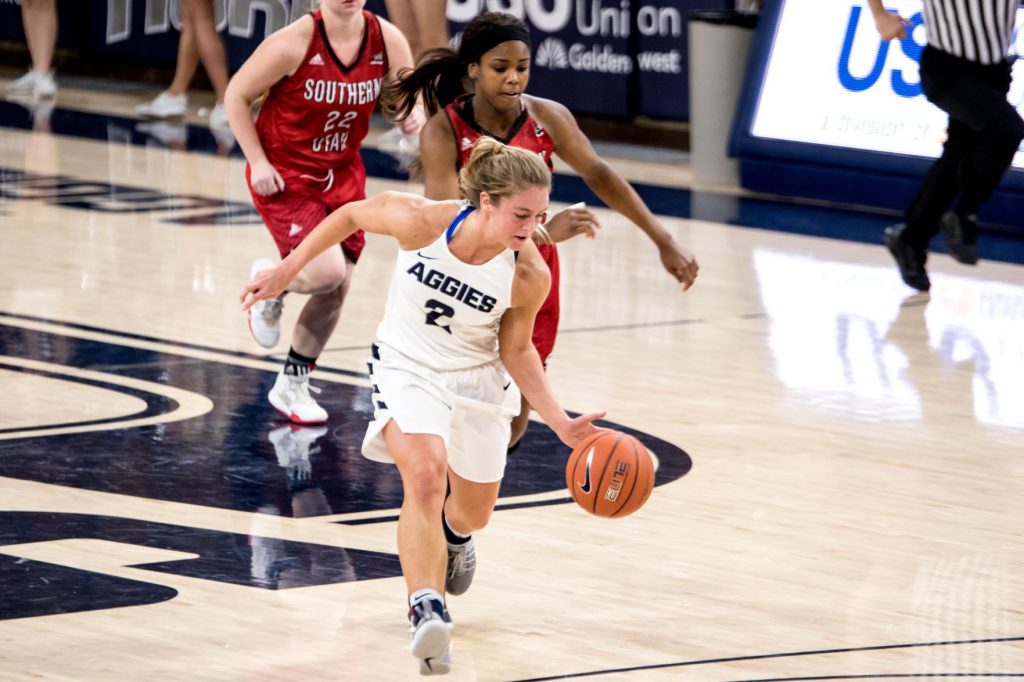 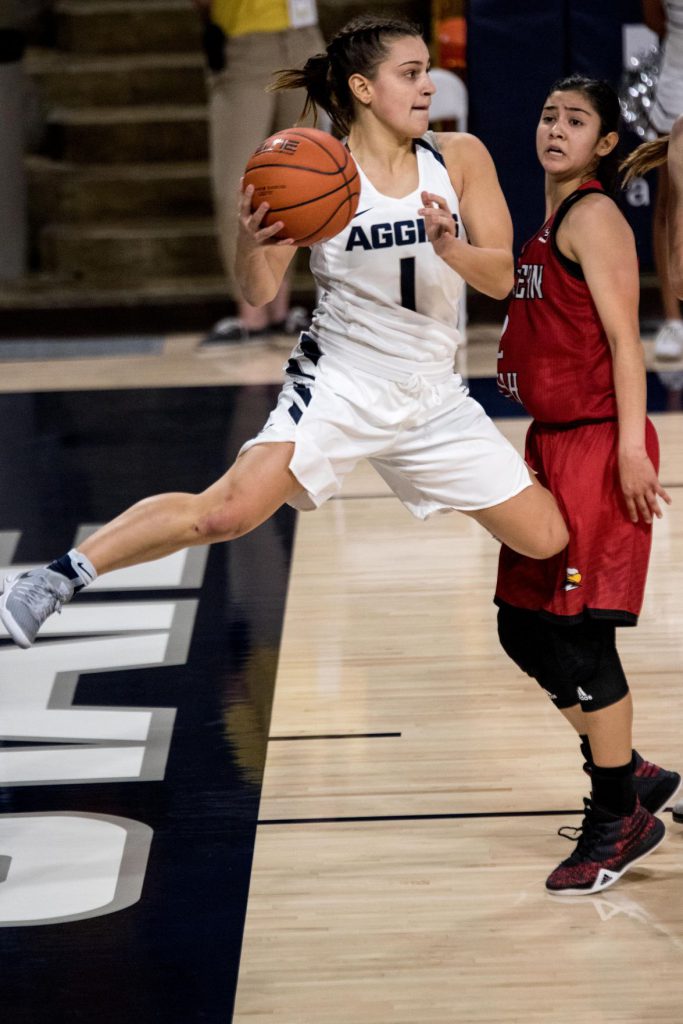 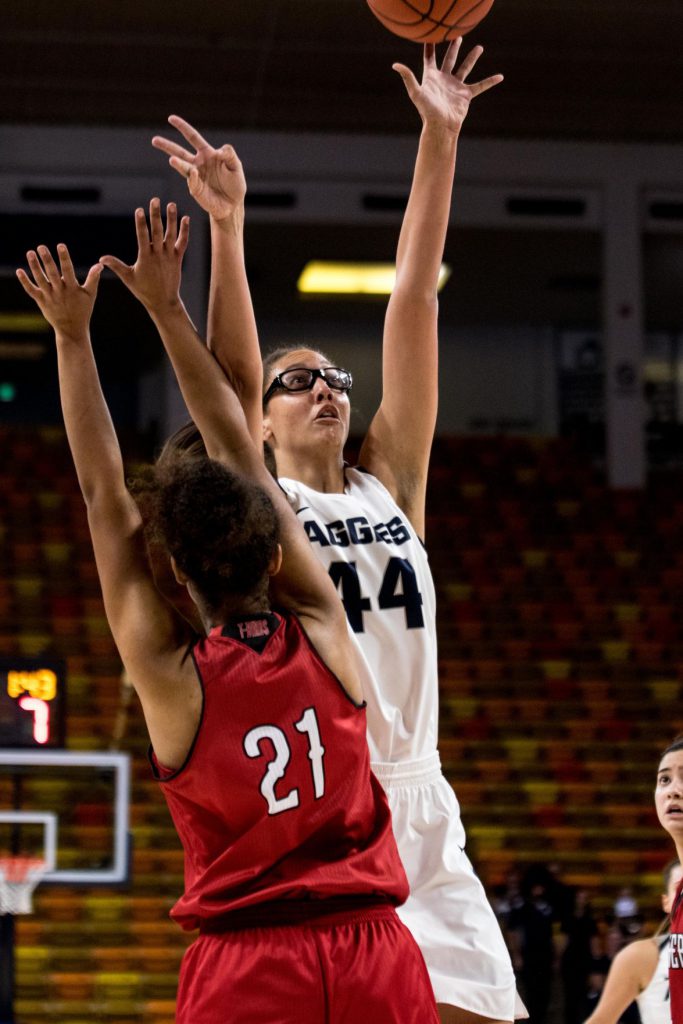 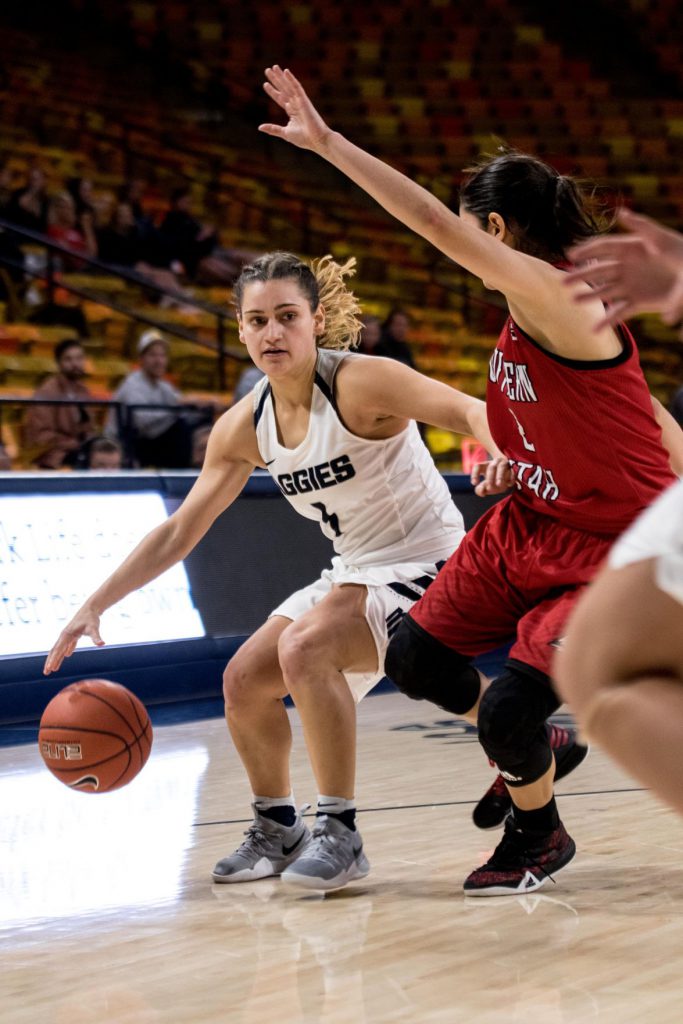 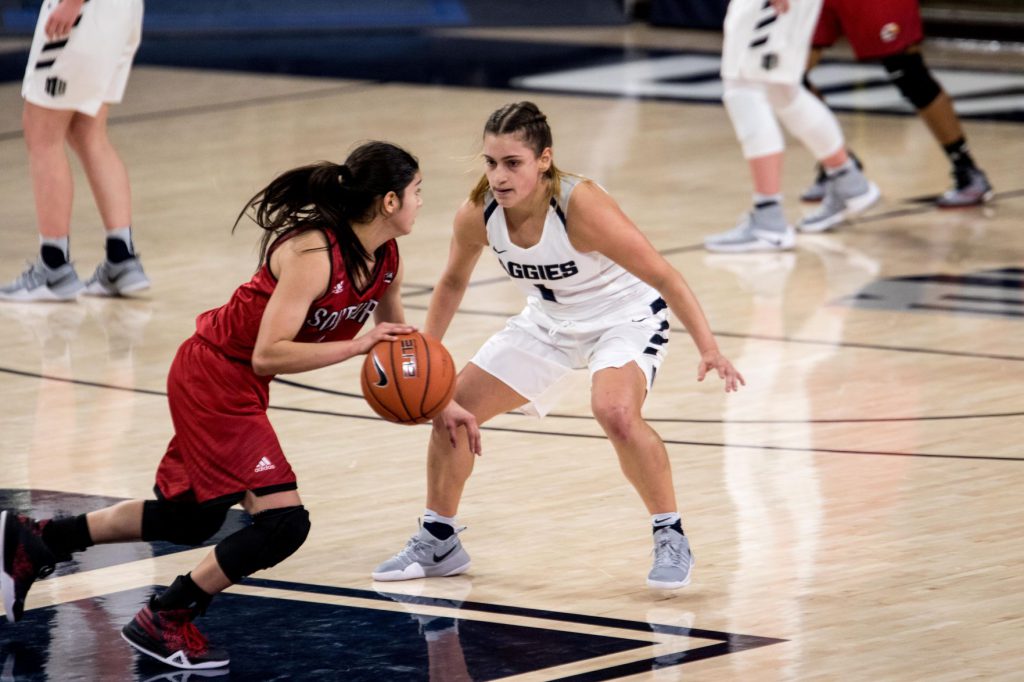 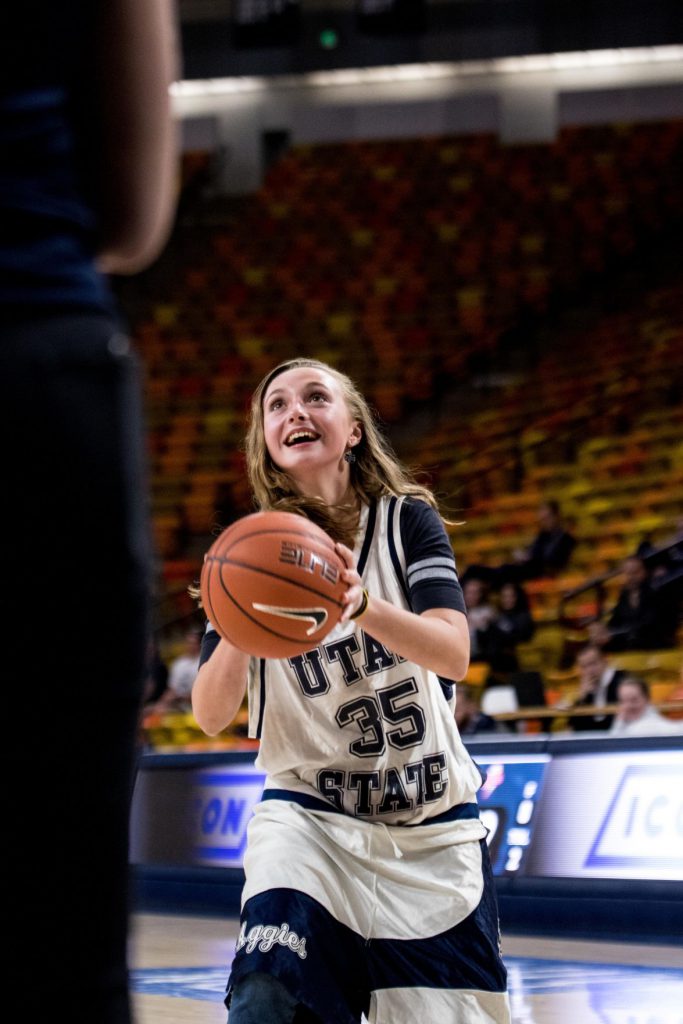 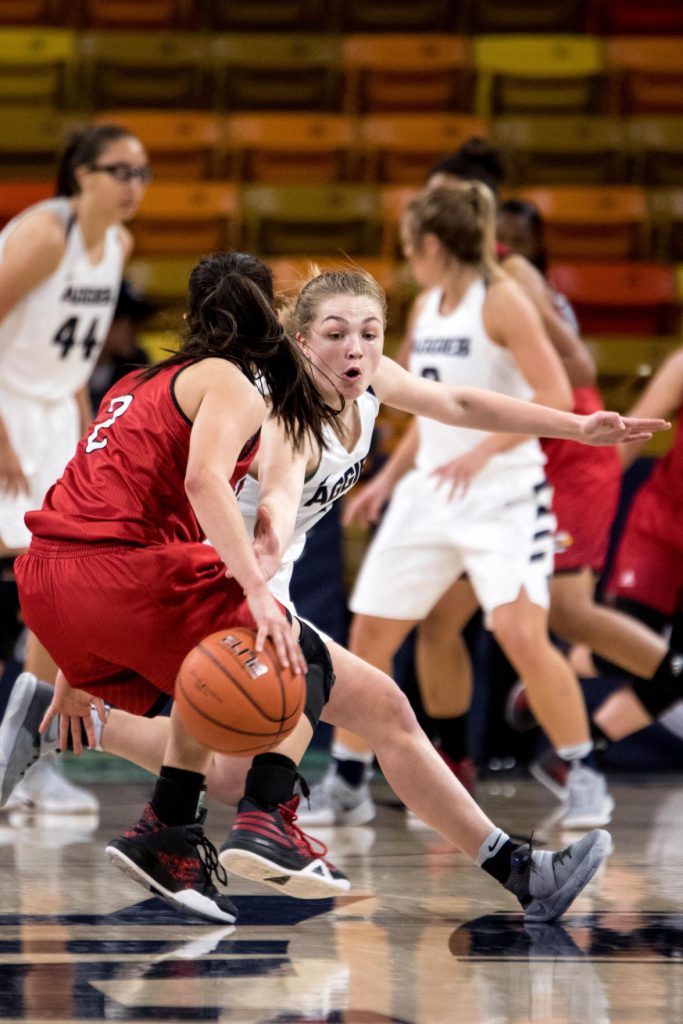 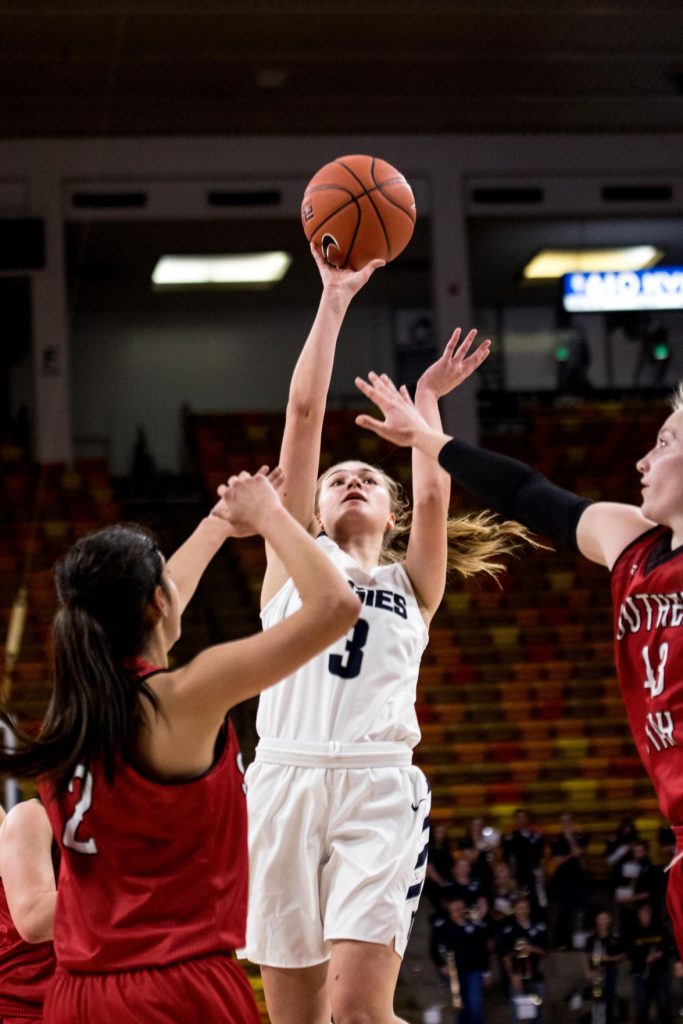 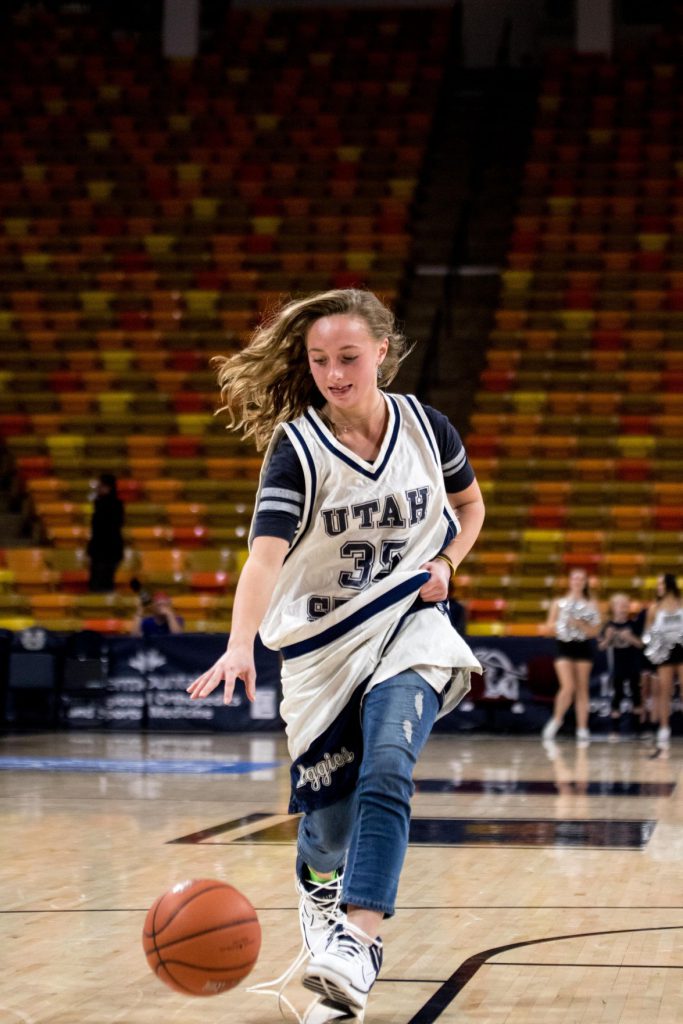 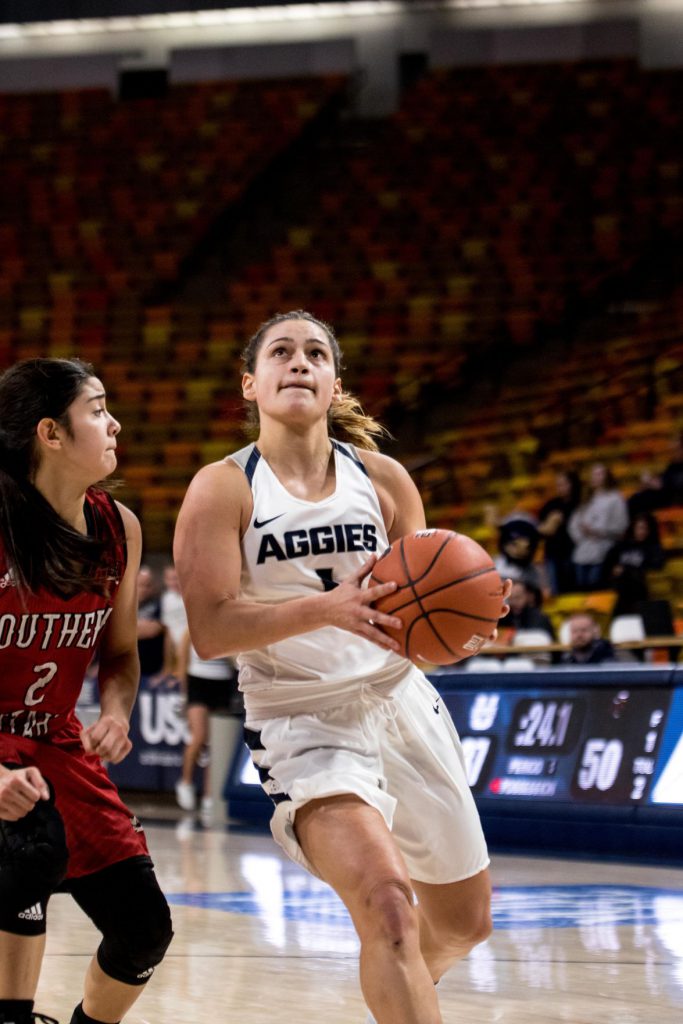 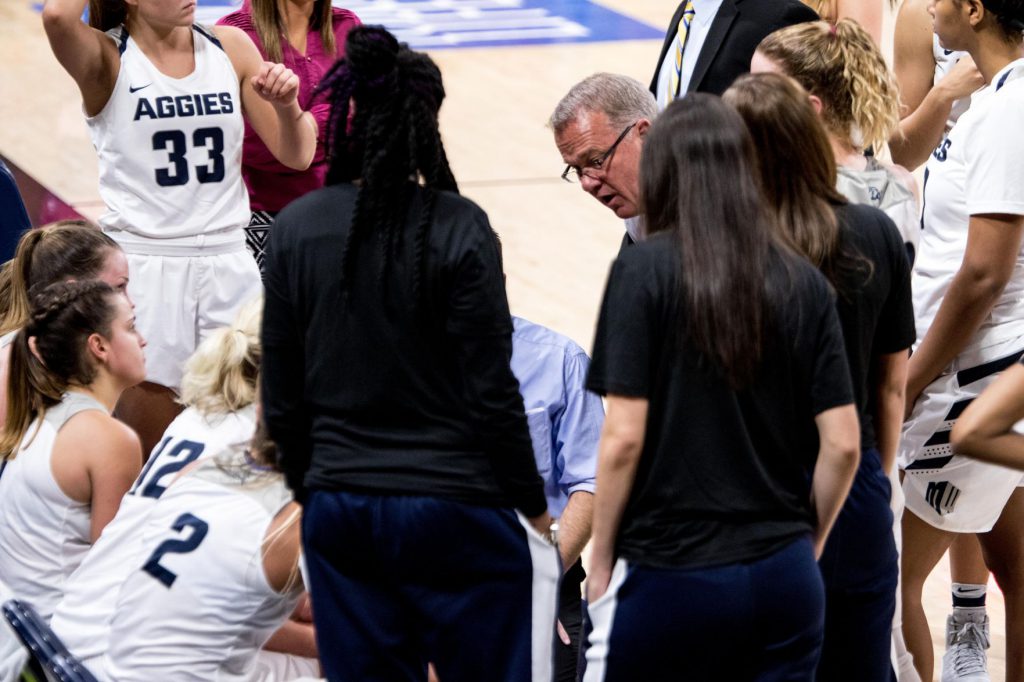 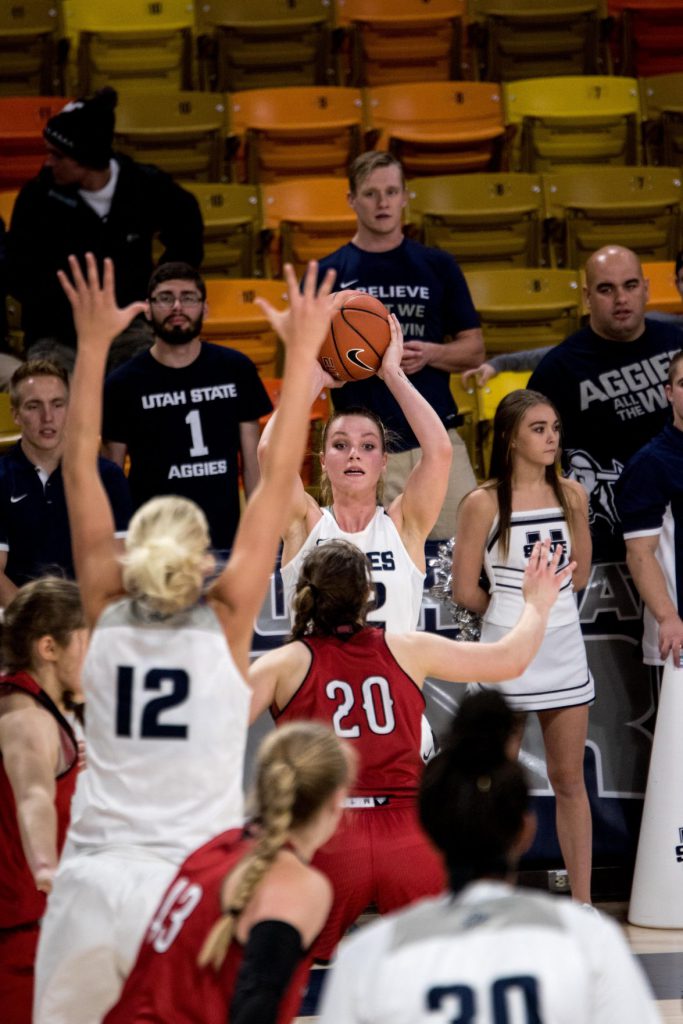 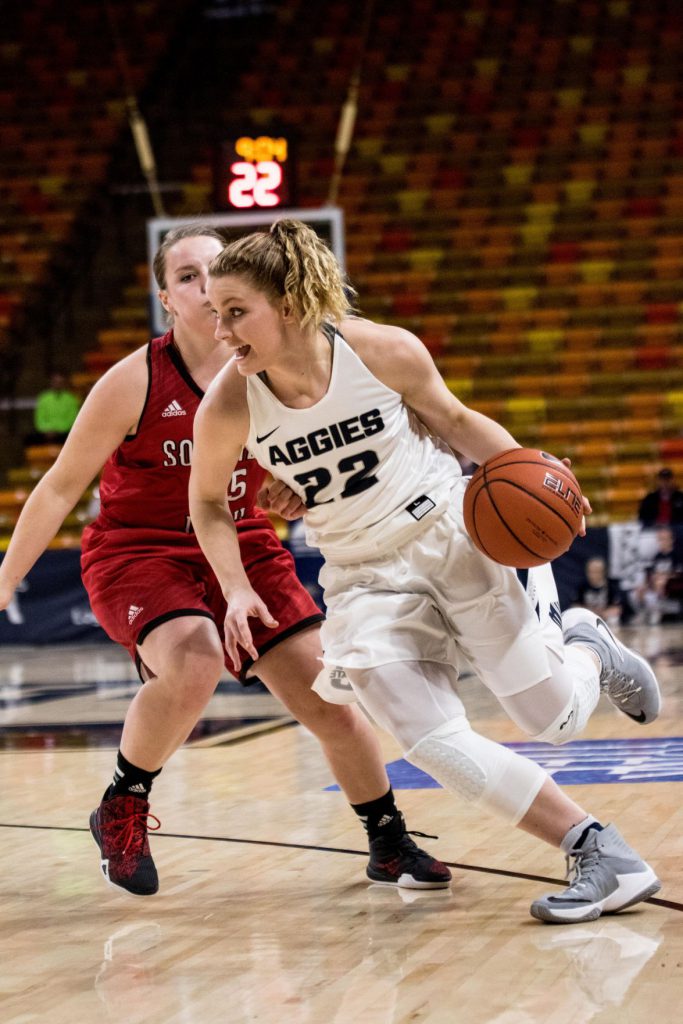 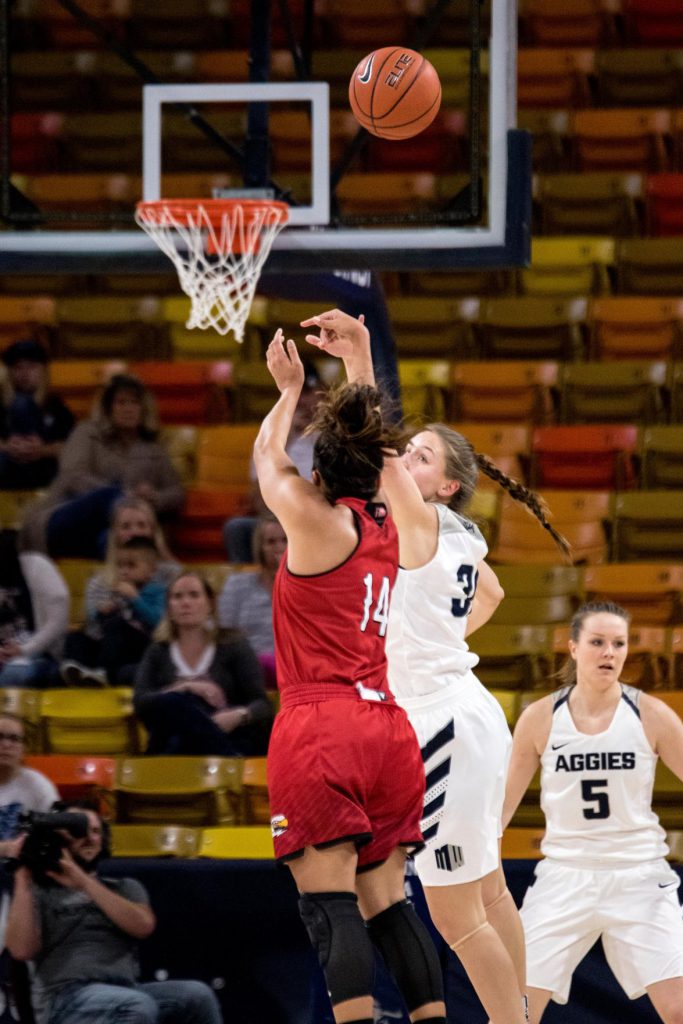 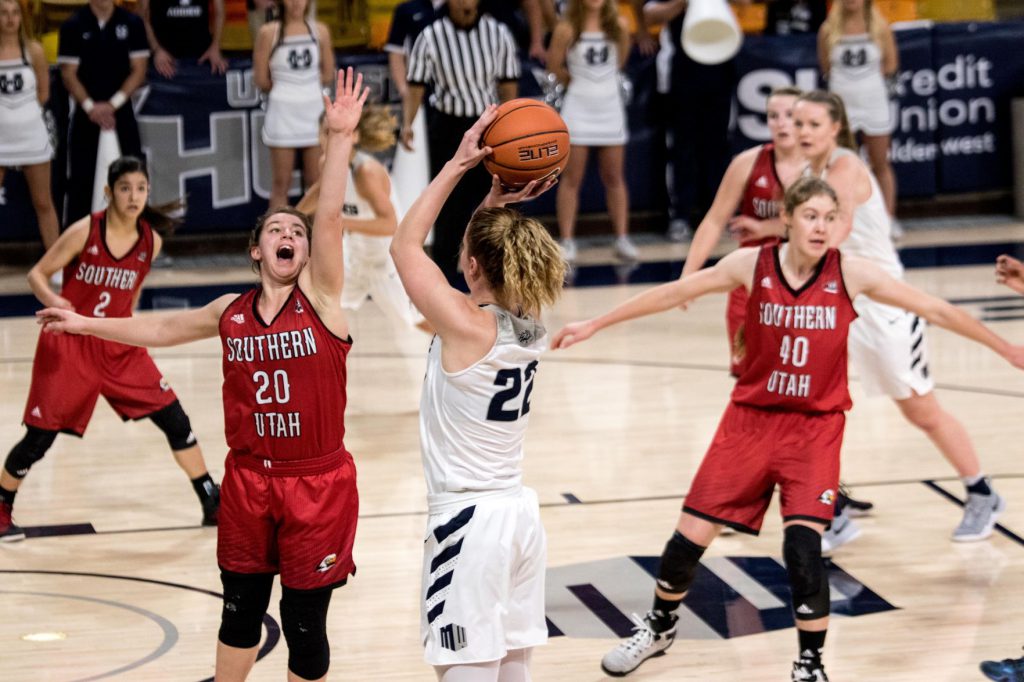 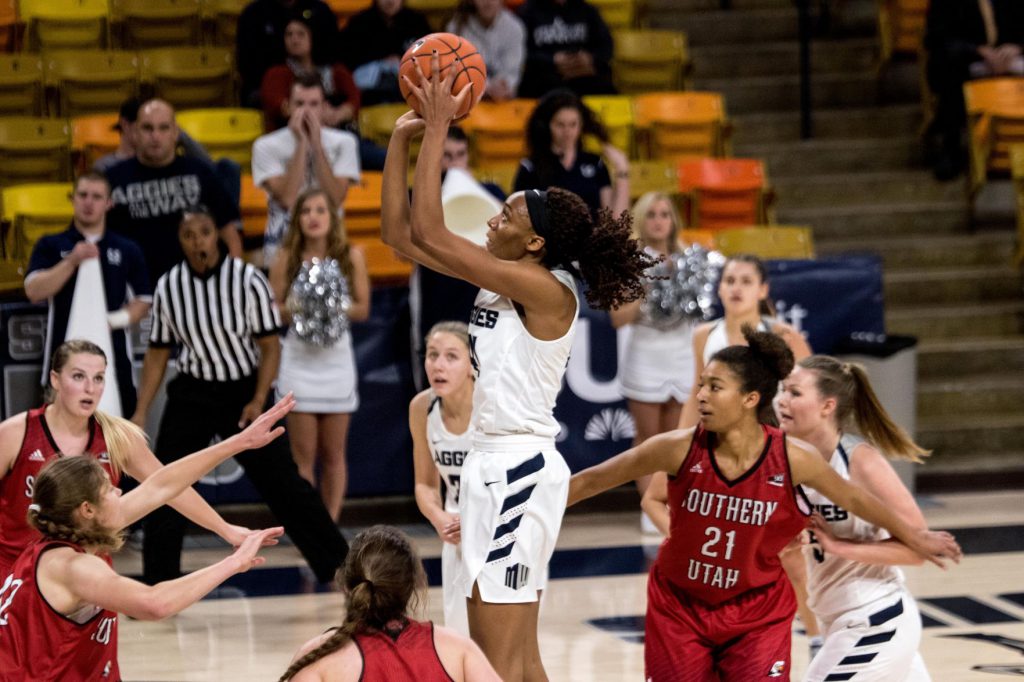