On Tuesday the Utah High School Activities Association (UHSAA) revealed how it proposes to organize schools for activities and sports for the 2017-2019 academic school years.

On November 17 the UHSAA revealed what it refers to as its ‘first consideration’ for classifications of schools in the state. Its Board of Trustees proposed reclassification for many schools throughout the state, adding a new division in 6A and getting rid of 3AA for football. On Tuesday, the Board of Trustees passed a <a href=”http://www.uhsaa.org/realignment/2017-19/2017-19UHSAARegions1stConsideration.pdf” target=”_blank”>first consideration for regions</a>.

The five high schools in Cache Valley (Sky View, Green Canyon, Logan, Ridgeline and Mountain Crest), plus Bear River, would all be in the same 4A classification and be in Region 12 together. The six team region would be one of four regions in 4A. Region 9 is comprised of seven schools in Southern Utah; Region 10 would be seven schools in Utah County; and, Region 11 is a combination of six schools in the Ogden area, Tooele County and Park City.

The Box Elder Bees would move from 4A to 5A but remain in Region 5 with Bountiful, Woods Cross, Viewmont and Roy.

A public hearing to discuss the proposed changes will be held on Wednesday, December 7, at 6 p.m. in an attempt to get feedback from the various districts, schools and communities on the placement of schools into regions. The public hearing will be held at Jordan High School in Sandy.

The next day, December 8, the Board of Trustees will finalize classification and region placement for all schools. Competition in the new regions and classifications will begin in the fall of 2017. 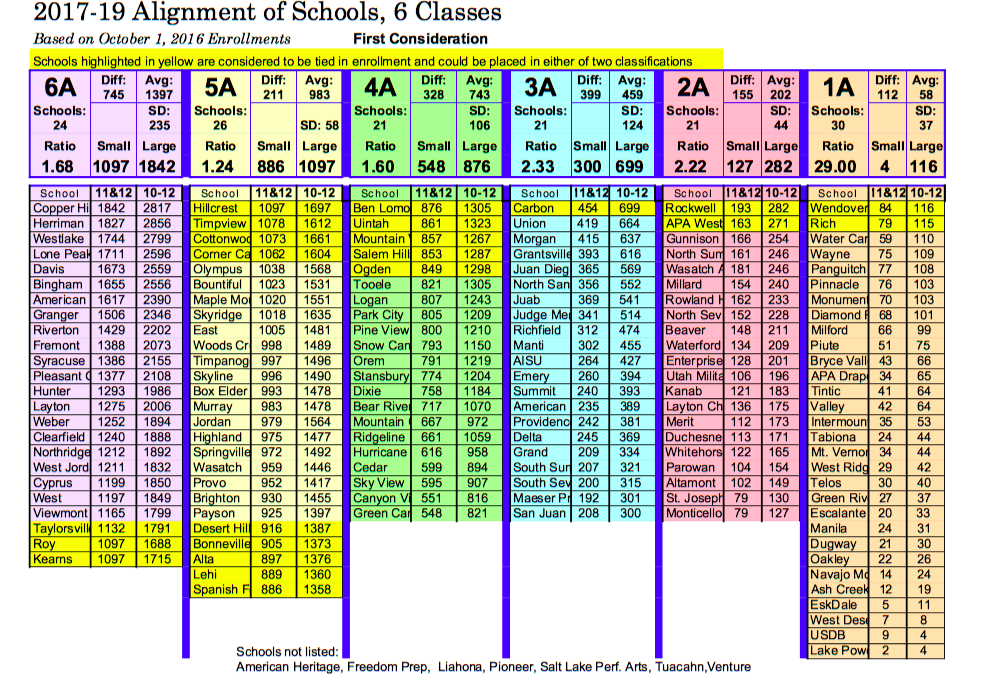