Today’s winter storm is pummeling the south end of Cache Valley, with flooding and storm debris reported in Wellsville. The morning’s fierce weather comes in the wake of the National Weather Service predicting wind gusts exceeding 60 mph and continued rain and snow throughout the afternoon and into the evening. A winter storm warning remains in effect at higher elevations, with accumulation of 12 to 24 inches of snow possible above 8,000 feet.

“It’s gonna be nasty out there,” said Martin Schroeder, a meteorologist with the Utah Climate Center.  “Our primary concern with a system like this is definitely flooding. We’ve got a substantial amount of rain on frozen ground, and there’s nowhere for it to go.”

Schroeder explains that when an extreme cold front follows a warm rain, dangerous conditions are created, especially on roadways.

“What we’re seeing today is a flash freeze,” he said, “with freezing rain that we don’t usually see in Utah. Basically what we have going on is the complete spectrum of winter storm systems taking place in a 24-hour period.”

As the rain turns to snow this afternoon, Schroeder urges drivers to slow down, pay careful attention and follow chain recommendations. Other recommendations for safety during the storm include:

<ul><li>Stay indoors where possible.</li><li>Use caution on icy sidewalks and roads.</li><li>Make others aware of travel plans, including destination, route and expected arrival time.</li><li>Prepare an emergency kit for the car.</li><li>Know the signs of hypothermia/frostbite and get treatment quickly.</li><li>Dress in layers and keep clothes dry.</li><li>Avoid overexertion when shoveling snow.</li></ul>

UDOT is currently reporting standing water on SR-23 from Wellsville to Petersboro. Conditions in Sardine Canyon are wet, with standing water possible.

<blockquote class=”twitter-tweet” data-lang=”en”><p lang=”en” xml:lang=”en” dir=”ltr”>SR-23, Wellsville to Peterboro. Standing water on roadway as drains are overwhelmed. Slow down, be alert on this route..

“This should be done tomorrow,” said Schroeder, “but the cold front coming through now is quite significant.”

There have also been reports of localized flooding and standing water in Wellsville, Mendon and Petersboro, as well as Preston and Fairview, Idaho. Jason Welker shared a video of some of the winter flooding from this morning. 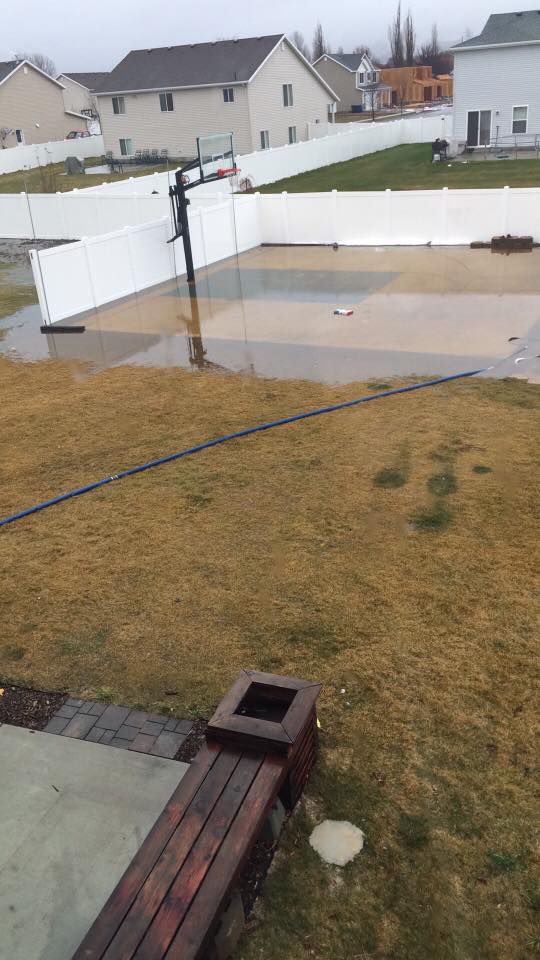