LOGAN – Near the southeast end of the long stretch of Caribbean islands lies Martinique. It’s an island about one-third the size of Cache Valley with about three times the population. Like many of its West Indies neighbors, it is comprised of green volcanic mountains, colorful homes and clear water.

Alexis Dargenton grew up on the island with his parents, three brothers and a sister. Like many kids from the French Antilles, he spoke French and Creole, spent his childhood playing soccer, going to the beach and enjoying a warm island way of life.

Now he is doing something few Martiniquais have had the chance to do. He is playing Division-I basketball.

Utah State’s 6-foot-8 forward didn’t come straight to Logan from his island home. It has been a four-year journey through diverse cities and cultures that led him to a spot on the Aggie team.

There are no competitive high school basketball teams in Martinique, so even the beginning of Dargenton’s basketball experience was different than most. He played for both a club team and a traveling team representing Martinique.

When he graduated high school he left the island for Los Angeles. He enrolled and spent two years at Middlebrooks Academy where he learned English and continued to develop basketball skills. After that, he got his first chance to play collegiate ball when enrolled at Laramie County Community College.

That’s when the first major adjustments started. Los Angeles was bigger than his hometown Fort-de-France, but it had its similarities. For Dargenton it was still semi-warm, semi-humid, near the ocean and had a big diverse population. Laramie was different. It was a small community 7,000 feet above sea level and miles from anything he was used to.

Dargenton called it a “culture shock.”

“I’ve always been focused on the basketball part of it,” he said. “So at first it didn’t really matter, but as you sit back and look around you can see it’s much different.”

The differences he experienced then and now don’t stop Dargenton from enjoying it all. As he has travelled from city to city playing for his college teams, he has embraced the differences he sees.

Less than a year of junior college basketball in Laramie was all it took to get the attention of coaches from bigger schools. He was averaging 12.4 points per game and leading his team in rebounds, but then some bad news came. His Division I dream was suddenly in jeopardy. He learned he might have fewer years of eligibility than he previously thought. It gave him a sense of urgency to move on from the junior college level.

“I had someone explain to me all the NCAA regulations and how the delayed enrollment works,” Dargenton said. “They said I could be in trouble because I spent two years in Los Angeles after I graduated. So I wanted to move on as soon as possible so I wouldn’t have to lose too many years of eligibility.”

Fortunately, there were already a few schools interested, but USU assistant coach Louis Wilson helped the Aggies stand out. Dargenton had already been in contact with him for a few years and said he trusted him.

“I felt like this was a good place and a good fit,” he said.

It was a good fit from the head coach’s point of view as well. Tim Duryea said Dargenton is an all-around very good person who takes his academics seriously and has become one of the more well-liked guys on the team.

“His motives are really pure. He is a great team guy and puts the team’s success before his own.”

Because of NCAA rules, Dargenton had to sit out his first year after the transfer, but now, one year after coming to Logan, he has become important to the success of the team. USU started the season with a string of wins, but it soon turned into four-straight losses. Duryea said the biggest concern was the four position. He had swapped between a few options without success, but then decided to try out Dargenton as a starter.

“Somebody else has to pick up production and Alex has shown flashes of doing that,” Duryea said at the time of the change. “He gives us some athleticism over there.”

Dargenton, who has now started in three-straight games, said he views his new role as another opportunity.

“There is a little bit of pressure coming with it, but I feel like I can do it,” he said. “This is what I came here for. I’m trying to help as much as I can.”

Dargenton is liking how the team is coming together. He knows the four-game losing streak looked bad to those outside the locker room, but he feels differently about it. From his perspective, those were winnable games against good teams. The losses provided more confidence than discouragement.

“Personally, I think we have a good shot of this,” he said. “Especially when we play teams like Purdue and Texas Tech, teams from other conferences, it makes us feel like we can definitely dominate in this one.”

Dargenton is still enjoying his time in Utah, but after more than a year-and-a-half of not being home, he said he does miss the islands. He has been able to find little things that momentarily take him back. He occasionally chats with teammate Koby McEwen, whose father is from the West Indies, about flavorful Caribbean food and its unique island spices.

But reminiscing about food didn’t get Dargenton as close to home as the November basketball tournament in Mexico did. The Cancun shore was still more than 1,000 miles from his home island, but it was the same warm Caribbean breeze. 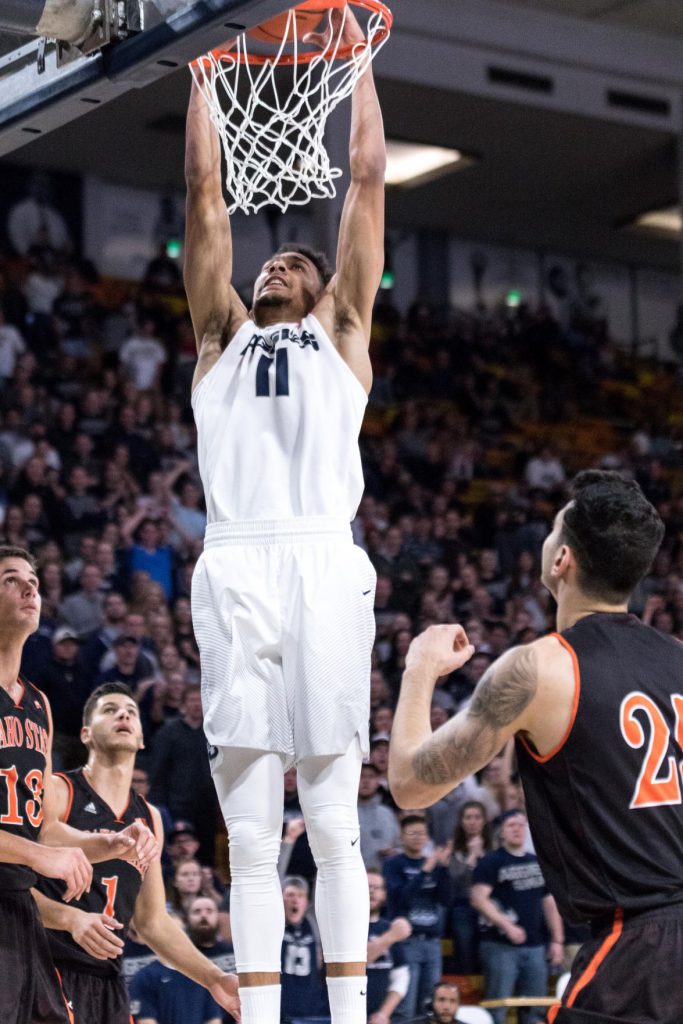 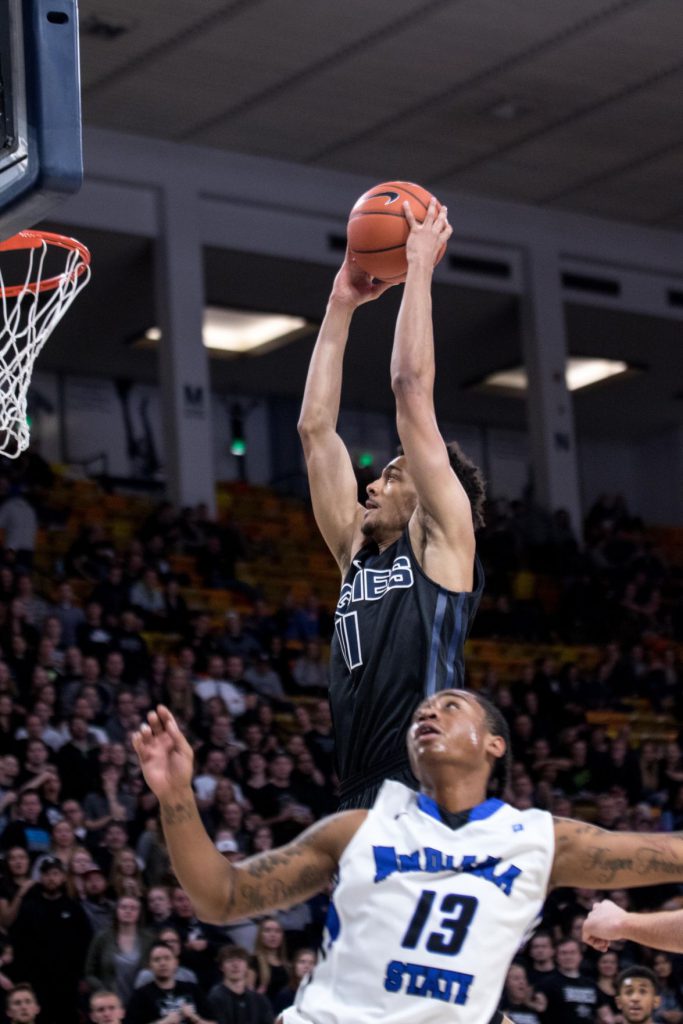 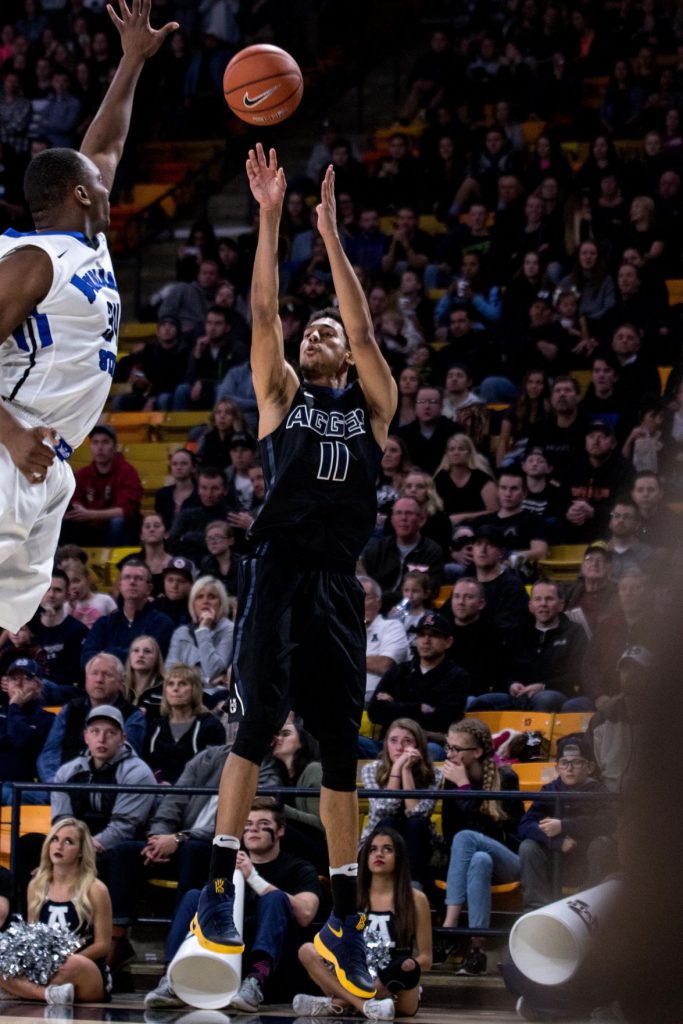