SALT LAKE CITY — Gordon Hayward was all smiles late Thursday night, and for good reasons. He officially became an All-Star in the afternoon and the Utah Jazz got back in the win column hours later.

The Jazz ended a two-game losing streak and the Lakers have now dropped eight of their last nine.

“It sounds nice,” Hayward said about being an All-Star. “Definitely just rewarding for a lot of work that I did. Definitely wouldn’t have gotten it without my teammates, without the coaches. Put in a lot of work in this summer with Johnnie Bryant and Isaiah Wright.

“We’ve been a lot more successful this year than in past years. I’ve always said, when a team’s successful the individual accolades come after that.”

Utah used a 16-0 run in the third quarter, punctuated by a Joe Ingles-to-Hayward alley-oop to give the Jazz a 68-56 lead that they never relinquished. The stretch was jump-started by Rudy Gobert’s rim protection on the defensive end as the Lakers went more than six minutes without scoring. He finished with six blocks, matching his season-high.

The Lakers answered with a 14-4 fourth-quarter run, but never got closer than 80-76.

“I don’t think we’re playing real well right now,” Jazz coach Quin Snyder said. “It’s not surprising given the amount of games we’ve played recently and re-integrating certain players — every week there’s a new guy that’s able to play. What that does is, it affects your rhythm.

“The beginning of the third quarter Rudy took the game over on the defensive end. That’s how we’re going to win.”

Hayward had another efficient night, shooting 7 for 14 from the field while George Hill chipped in 12.

The short-handed Lakers struggled to find offense against the best scoring defense in the league were just 4 for 14 from 3-point range. Lou Williams scored a team-high 20 off the bench while both Jordan Clarkson and Ivica Zubac added 16.

Lakers: Julius Randle did not start due to a viral infection. Lakers coach Luke Walton said he was available in case of emergency. … Tarik Black started for the first time this season. … D’Angelo Russell missed his third consecutive game due to an MCL sprain and calf strain. … Russell and rookie Brandon Ingram were selected to compete in the Rising Stars Challenge

Jazz: Rodney Hood returned to the starting lineup after missing five games with a knee hyperextension and bone bruise. … Trey Lyles and Dante Exum were selected for the Rising Stars Challenge.

Hayward was named a reserve on the Western Conference All-Star team Thursday, his first time making the team. The seven-year veteran is the first Jazz player to reach the All-Star team since Deron Williams in 2010-11. He entered Thursday averaging a career-high 21.8 points and 5.7 rebounds to go along with 3.5 assists and 1.0 steals.

“I’m frustrated, but it’s not what I play for,” Gobert said. “I play to win games. I try to keep improving every day. You know, that’s how it is. There’s some things you can’t control sometimes and I make sure I control what I can control.

Gobert smirked when asked if it’s motivation for the future and said, “That’s a dumb question.”

“For whatever reason, in the second half we kept trying to challenge him,” Lakers coach Luke Walton said about Gobert. “He’s probably the best shot blocker in the league and he showed us why tonight.”

Lakers: Los Angeles hosts a Denver Nuggets team on Tuesday that is 8-14 on the road this season.

Check out the team sites for the Los Angeles Lakers and the Utah Jazz for more game coverage. 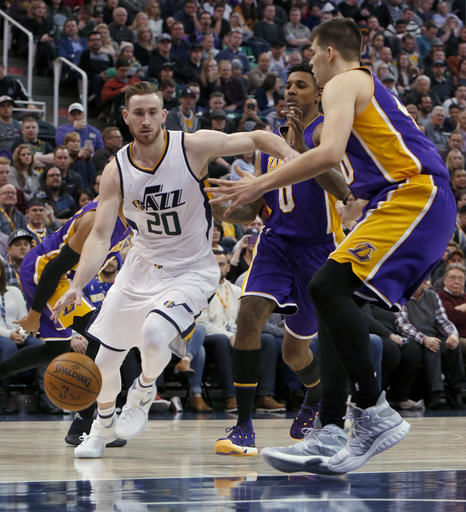 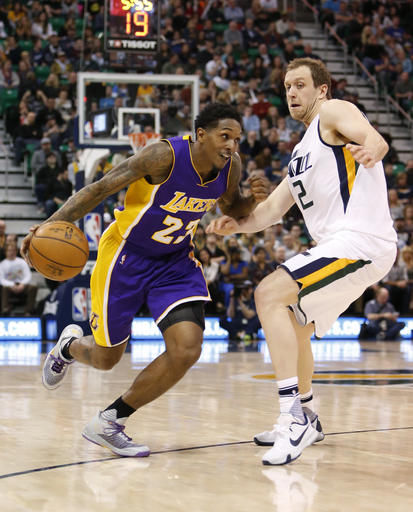 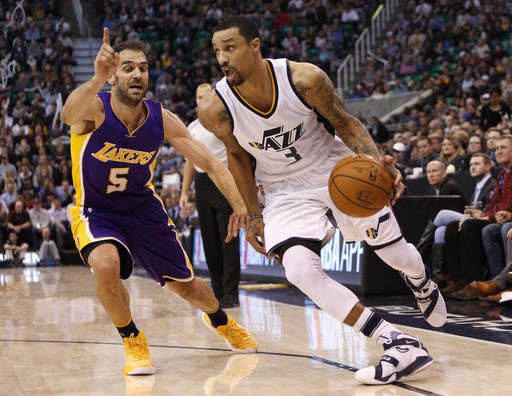 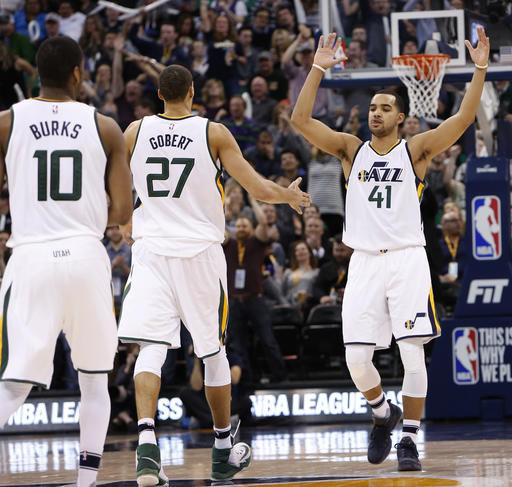 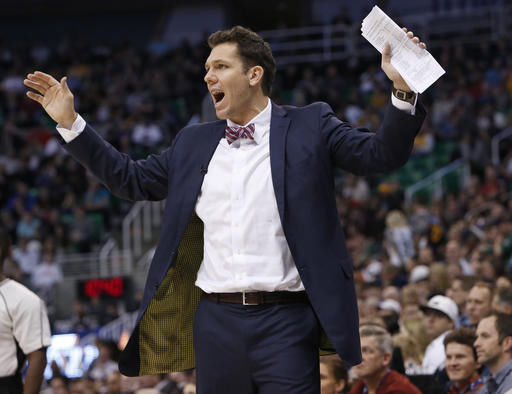 Los Angeles Lakers coach Luke Walton yells to his team during the second half of an NBA basketball game against the Utah Jazz on Thursday, Jan. 26, 2017, in Salt Lake City. The Jazz won 96-88. (AP Photo/Kim Raff)