Logan High's Bryan Kawamura and Ben Lomond's Ben Mendoza following the basketball game. Kawamura captioned the picture "Best night ever! Thanks so much bro for making this night memorable."

LOGAN – With a little more than a minute to go in Logan High’s basketball game against Ben Lomond Friday night, senior Bryan Kawamura checked in. He had been a part of the team all season, but as a manager. This was his first time contributing as a player.

“I never expected I would go in, because I was always the team manager,” he said. “It was a really big surprise when they told me I could go in.”

Kawamura ran down the court and took a handoff from teammate Jared Bagley on the perimeter. He passed the ball to Anthony McDade. Kawamura got the ball back on the top of the key, and this time, took his shot. The ball bounced off the rim and into Ben Lomond senior guard Ben Mendoza’s hands.

“It felt just a little bit off,” Kawamura told KVNU’s Dave Simmons after the game. “I was just kind of nervous my first time being out there.”

Then, as time was winding down, Mendoza did something unexpected. He handed the ball to Kawamura at center court. Kawamura took a second shot – another close miss. Mendoza got the rebound, then, with the last play of his high school basketball career, unselfishly passed the ball back out to Kawamura, who drove to the hoop and scored a layup.

“Basketball is just a game,” Mendoza said. “There is more to life than losing and winning a basketball game. What makes me happier is seeing someone smile, having someone feel good and going back home feeling cool, feeling better than winning the basketball game. It means the world to me knowing I could help someone out like that.”

“He’s family to us, we love him so much,” he said. “This moment was an amazing moment, it made everybody feel good. It probably made him feel amazing.” 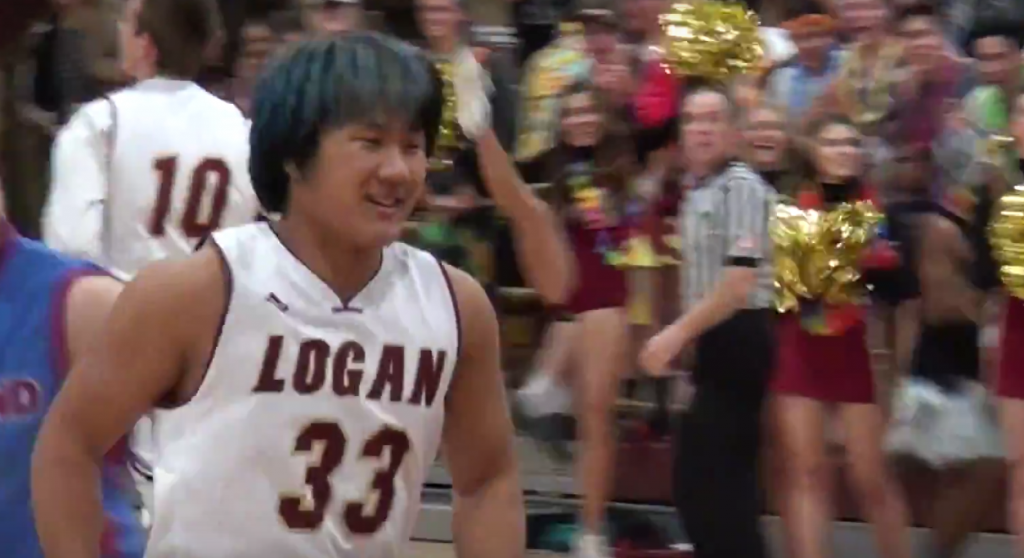