LOGAN – Saturday night will be the last time three Aggie basketball players step onto the Spectrum court in an Aggie uniform. Seniors Jalen Moore, Shane Rector and Connor Garner will suit up and start against Air Force in what will be their final home game at Utah State.

“You get attached to these guys,” he said. “You go through a lot of things with them, good and bad. You wish the best for them.”

Duryea said he knows most will be able find their way in the world and be successful, but he gets concerned about some more than others.

“Every now and then a kid comes through that you hope they’re going to be OK,” he said, “and you do kind of worry about what the future holds.”

Moore has been a key part of USU’s team every year since joining as a freshman. With three more points he can tie Tony Brown as No. 9 on the all-time scoring list. Duryea said it will be strange when Moore is gone. He described him as a guy that has been a steady contributor in whatever position he has been asked to play.

“He’s been here four years and he’s had some teammates leave on him,” Duryea said. “He’s had some guys walk out on him that probably would have made a difference in terms of his record over the years as an Aggie, and he’s stayed true blue and hung in there.”

Rector has played significant minutes as a guard in his two years at USU and has averaged 8.9 points this season. Duryea said Rector had a rough start to his college career at Missouri before playing at the junior college level.

“He had to restart and had to reset things and I think he’s come and done really well,” Duryea said. “He’s a New York City kid and he’s come to Logan and made a lot of friends and done a lot of good things in terms of our program.”

The third senior is 6-foot-2 wing Connor Garner, who has also served as team manager since his freshman year. Garner has only played three games this year, but will start Saturday night alongside the other two seniors.

“Connor has been around here, seems like forever,” Duryea said, “and has been a loyal, faithful soldier as well.”

The seniors will be honored during the game against Air Force, which will tipoff at 7 p.m. 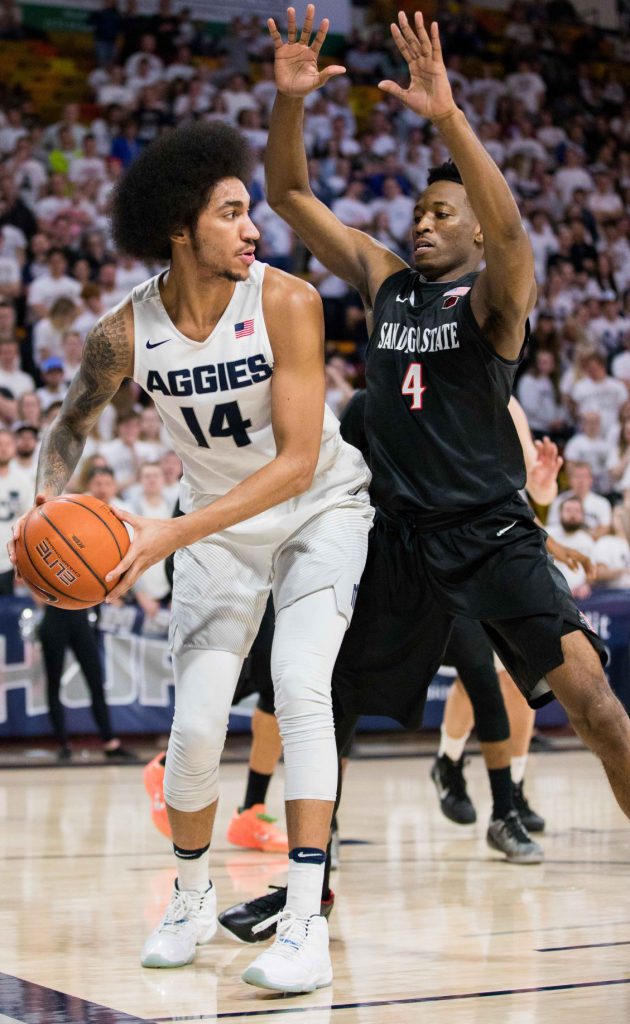