LOGAN — Blinding snow is believed to be one of the factors that caused a six-vehicle pileup Tuesday afternoon in Sardine Canyon, US-89/91 that sent 18 people to nearby hospitals. The accidents occurred in the Dry Lake area and blocked southbound traffic for several hours.

Utah Highway Patrol Sgt. Jason Kendrick said the accident occurred at 3:30 p.m. as traffic was slowing down because of low visibility.

“One of the cars was struck from behind, by a semi-truck pulling an empty side-dump trailer,” explained Kendrick. “This caused a chain reaction crash of a total of six vehicles, either being pushed into each other or struck by the semi.”

Two of the vehicles were 15-passenger vans that were carpooling coworkers home to the Brigham City area.

The 10 injured employees were transferred to the Bear River Valley Hospital in one of the partially damaged vans. The other eight were taken by ambulances to Cache Valley area hospitals. None of the injuries were life threatening.

Kendrick explained, troopers investigating believe the crashes were all triggered by the semi-truck that failed to slow down in the winter conditions.

“The driver of the semi stated that he didn’t see any cars or anything ahead of him, just the blinding, drifting and blowing snow. The next thing he knew, he hit a car that had slowed down and that started the whole chain reaction.”

Troopers closed the canyon to all southbound traffic while they cleared the accidents. It was later reopened around 5:30 p.m.

Kendrick said the pileup is another example of how the weather can change suddenly during this time of year.

Troopers from Box Elder and Cache counties responded to the accidents and help with directing traffic. Officers from Mantua also helped clear a second two vehicle accident that occurred nearby the pileup. 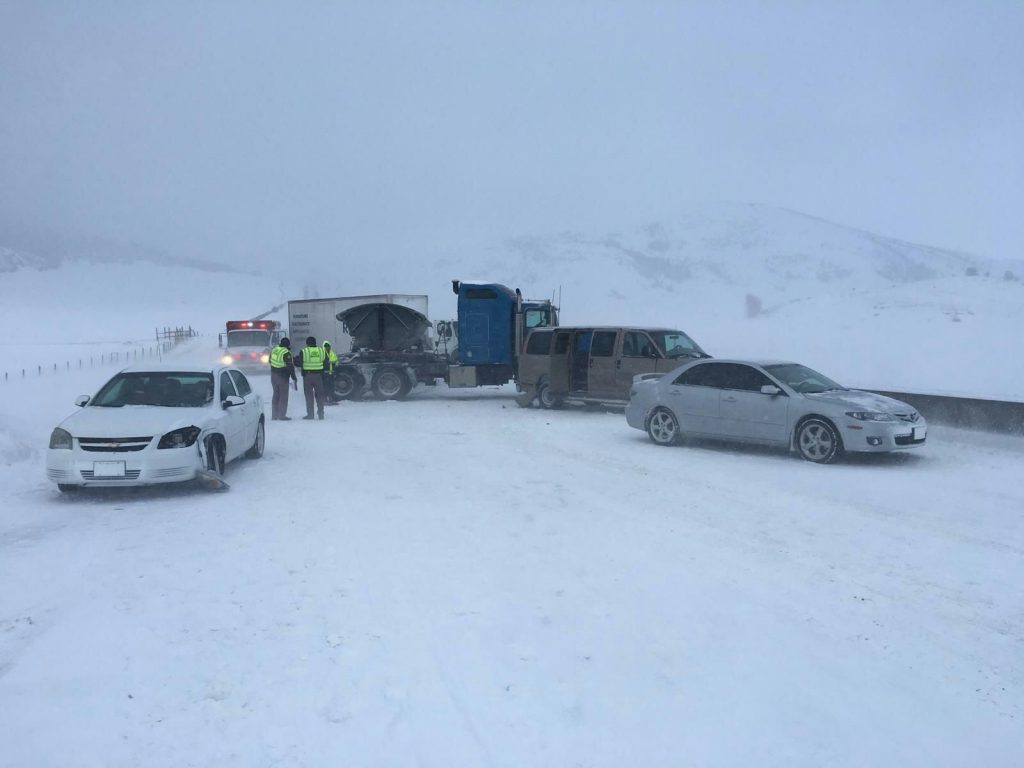 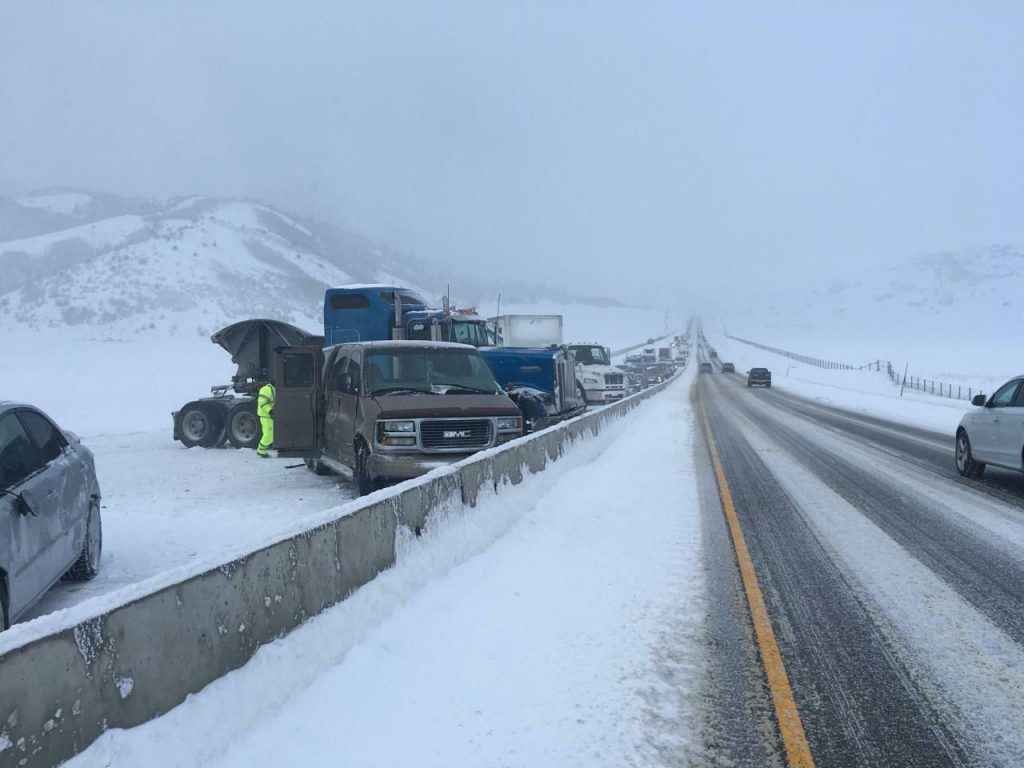 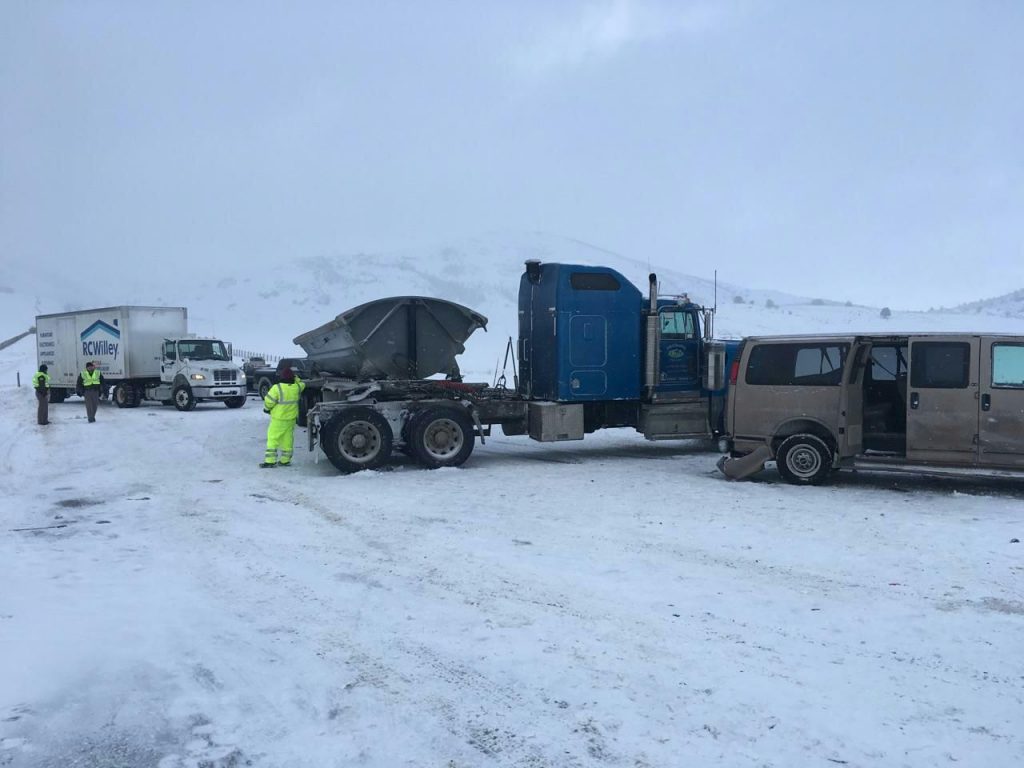