Olivia Merkley, a student at Spring Creek Middle School, is a member of the Bear River GYC.

The sidewalks leading to the entrance doors of the <a href=”http://www.brhd.org/”>Bear River Health Department</a> were transformed on Thursday, becoming colorful message boards of encouragement for people who want to quit using tobacco.

The illustrations and quotations added to the walkway were created by members of the Bear River Governing Youth Council (GYC), comprised of 34 student leaders from 15 schools in Cache and Box Elder counties. Using sidewalk chalk as their medium, the group raised its collective voice in support of <a href=”http://www.kickbuttsday.org/”>“Kick Butts Day</a>,” a national rally sponsored by the <a href=”http://www.tobaccofreekids.org/”>Campaign for Tobacco-Free Kids</a>.

“Every year we do a special activity like this,” said Kambree Adams, an eighth grade student at Bear River Middle School. “As leadership, we wanted to think of something really fun to do so that those who are coming in to the Health Department could see the messages and have support.”

Adams chose to feature a quote by actress Christine Lahti, who said, “I’m more proud of quitting smoking than anything else I’ve done in my life, including winning an Oscar.”

“It really stood out to me,” Adams said, “because many people think quitting is so hard, but when someone who has won an Oscar says it’s one of the best decisions they’ve ever made, that really says something.”

Brandi Olsen, a Bear River ninth grader, focused her thoughts on prevention. If she knew a friend was considering using tobacco products, Olsen said she’d help that person think it through.

“I’d talk to them about their options, because there are so many things you can do besides smoking,” she said. “I’d just make them aware of the facts and then let them make that decision.”

While most GYC activities throughout the school year are student-centered, Olsen appreciates the opportunity to share information about prevention and cessation with the entire community. Lexie Garvin, a student at Ridgeline High School, agrees.

“It’s very important for the youth to express their attitude about this because it affects us as well,” she said. “We grow up seeing what the adults do and it influences us from young ages, so if we want to change things, we have to take action.”

What action would Garvin take to help a friend stop using tobacco products?

“I’d say, ‘Stay positive with yourself. Don’t beat yourself up. Just think, I can do this!’”

The Bear River Governing Youth Council is advised by BRHD health educators Annie Parker and BreeAnn Silcox. More information about the council is available at bearrivergyc.blogspot.com. 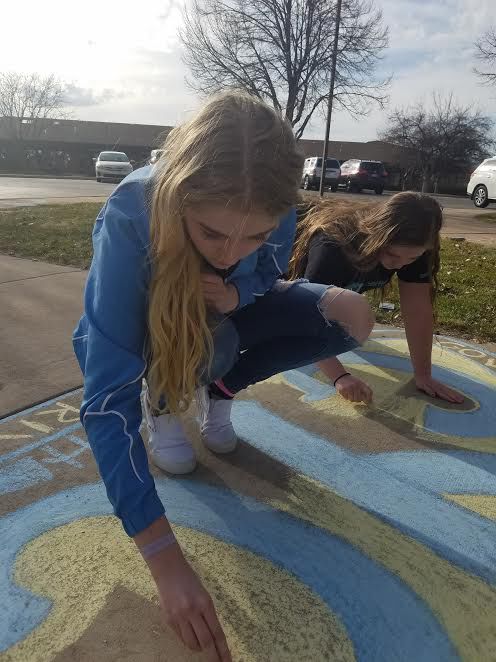 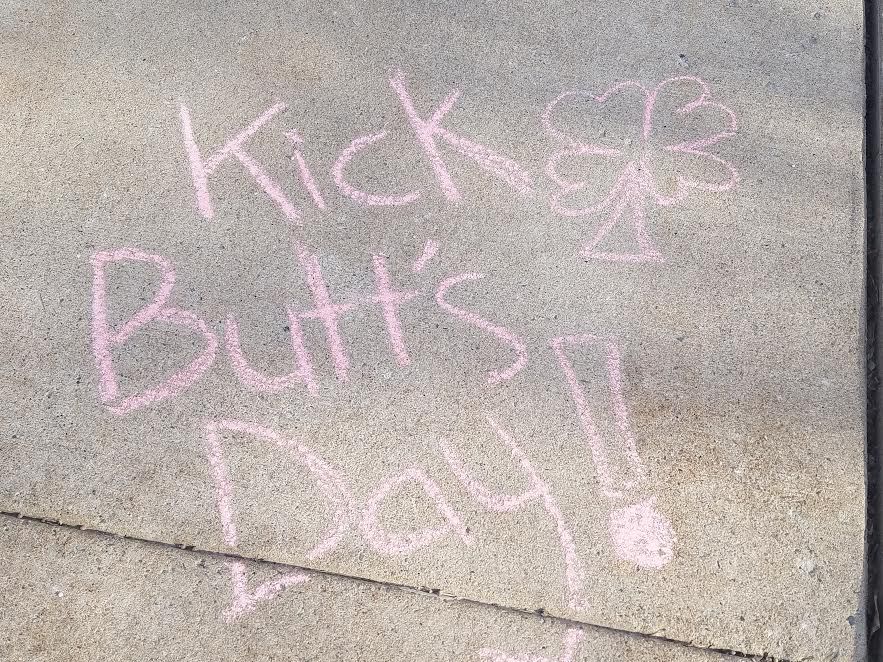 Student leaders serving on the Bear River GYC met Thursday, March 16, to "Chalk the Walk" in support of tobacco cessation. 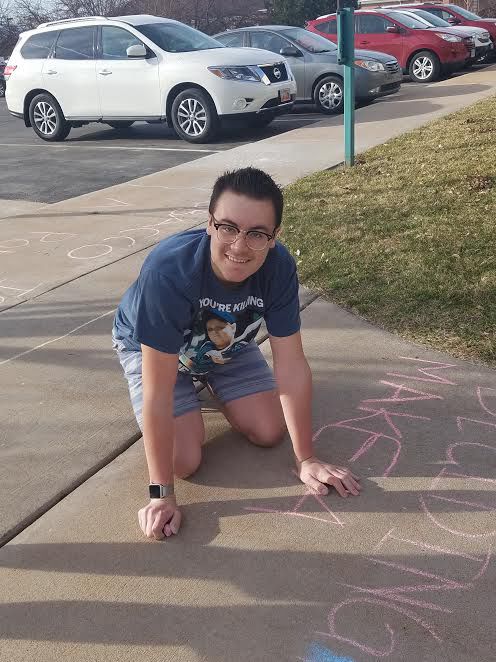 North Cache student Collins Nelson's sidewalk chalk message says, "Stay positive. Be proud of yourself for deciding to make a change..." Nelson is a member of the Bear River GYC.