A week after returning from Magnolia Market’s <a href=”https://magnoliamarket.com/spring-at-the-silos/”>Spring at the Silos</a> vendor fair in Waco, Texas, Chad and Kylee Champlin are still on cloud nine.  The ambitious young couple owns <a href=”http://www.roolee.com/”>Roolee Boutique</a> in Logan, and they called hosting a booth at the invitation-only event “the experience of a lifetime.”

“The biggest take away was… it was amazing!” Chad said.

“I felt like we came home super inspired because of the way we felt there,” echoed Kylee.  “We came home and we were like, ‘We want our store to be that! We want our customers to come to our store and have just as good of an experience.’”

<a href=”https://magnoliamarket.com/silos/”>Magnolia Market</a>  is a destination shopping center owned by <a href=”https://magnoliamarket.com/about/”>Chip and Joanna Gaines</a>, hosts of HGTV’s popular remodeling show, <a href=”http://www.hgtv.com/shows/fixer-upper?c1=GA_TVMKTG_Fixer-Upper&amp;c2=Google&amp;c3=Sustaining&amp;c4=fixer%20upper”>Fixer Upper</a>. The market features a home store, a garden and a bakery, along with 11 specialty food trucks and an expansive lawn for family gatherings, community yoga and a variety of games.

Spring at the Silos took place Wednesday, March 15, through Saturday, March 18, attracting more than 60,000 guests on Saturday alone.  With booths representing 75 vendors from throughout the United States, the grounds of Magnolia Market overflowed with eager shoppers.

“It was like Disneyland for women,” said Marsha Webb, Kylee’s mother, “and the spirit there was so kind and welcoming. Everyone there was just so sweet.”

Marsha heads merchandising for Roolee, and played a key role in helping the boutique make an indelible mark in the Lone Star State.

“We wanted to do our best to bring the feel of our store to the show,” Chad said, “and Marsha is our secret weapon! We really stood out because we went above and beyond, and I really think it paid off. A lot of people wanted to come in and see it.”

The Champlins have been going above and beyond as a team since they opened their business in Oct. 2013, and Roolee Boutique’s spacious headquarters reflects their ongoing desire to develop close relationships with their customers and suppliers. In early 2015, when an increasing number of shoppers outside of Cache Valley asked, “Hey, what about us?” the Champlins launched a website and began advertising heavily on social media. Now, most of Roolee Boutique’s business is done through their online store, and orders are fulfilled from a 15,000 square-foot warehouse in North Logan.

With 117,000 followers on Instagram and nearly 22,000 supporters on Facebook, Roolee Boutique has built a loyal customer base.  Orders have shipped to all 50 states and 76 countries, and many fans from Texas drove an impressive distance—more than five hours—to meet Kylee, Chad and Marsha in person at Magnolia Market.

“It was humbling because all these people knew who we were, and they came specifically for us,” said Kylee. “It was amazing because they said, ‘I’ve ordered from you for years,’ and it was amazing to meet them face to-face and take pictures with them and get to know them.”

Kylee, Chad and Marsha were likewise honored to meet Joanna Gaines. They enjoyed a gift of cupcakes from her mother and welcomed several visits from her sisters, who said, “JoJo told us to come find your booth.”

The Roolee group also met Chip Gaines’ mother and many of the Gaines’ employees, one of whom gave them a personal tour of Magnolia Market after hours.

“Joanna visited every booth and bought something from every vendor,” Chad said. “She also started following us on Instagram, which is really cool because she only follows a few hundred people, but she has almost five million followers herself. She didn’t have a ton of time to stop and talk to us, but to think that she talked about our company behind the scenes with her family, there must have been some type of impression left.”

As they consider the opportunities ahead, Kylee and Chad hope to continue to make a good impression, focusing their efforts on strengthening relationships, building partnerships and emphasizing the importance of family.

“I think something that I took away from our experience in Texas is seeing how people can work really hard and be kind people, and family can be the center of it all,” said Kylee. “Family is such an important part, and I love that Milo [the Champlins’ two-year-old daughter] could go with us. She would walk around and hand out fliers and say, ‘We have a website.’ It was so cute. I was like, ‘How do you say no to that ever?’”

Chad and Kylee’s future plans include designing a maternity line of clothing, with fashionable options available especially for nursing mothers. They also hope to expand their online store, offering more in home décor.

“We have a million ideas, but I think we’re going to kind of stick with what we’re doing,” said Chad. “We’re kind of riding the wave and hoping it keeps going.” 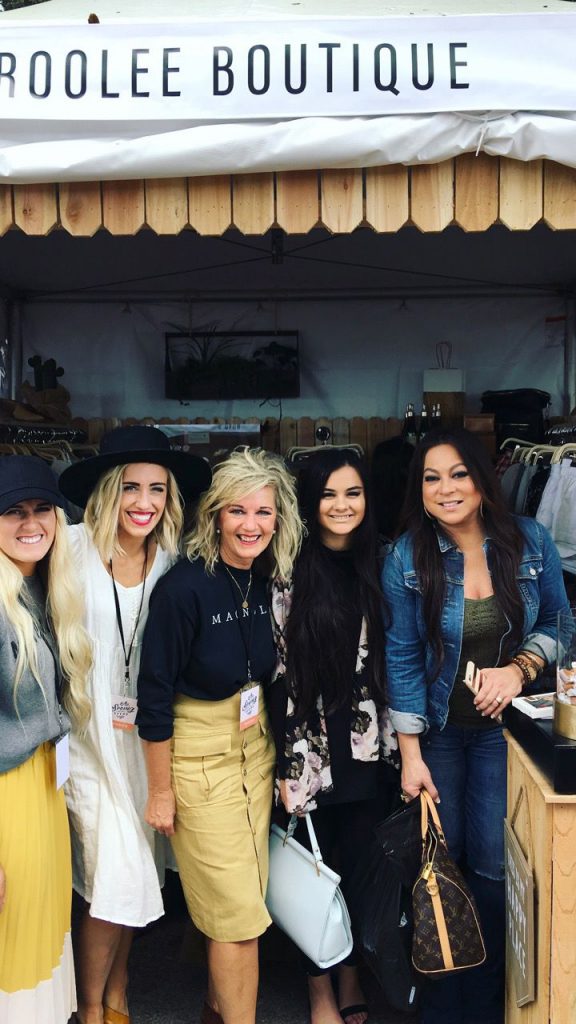 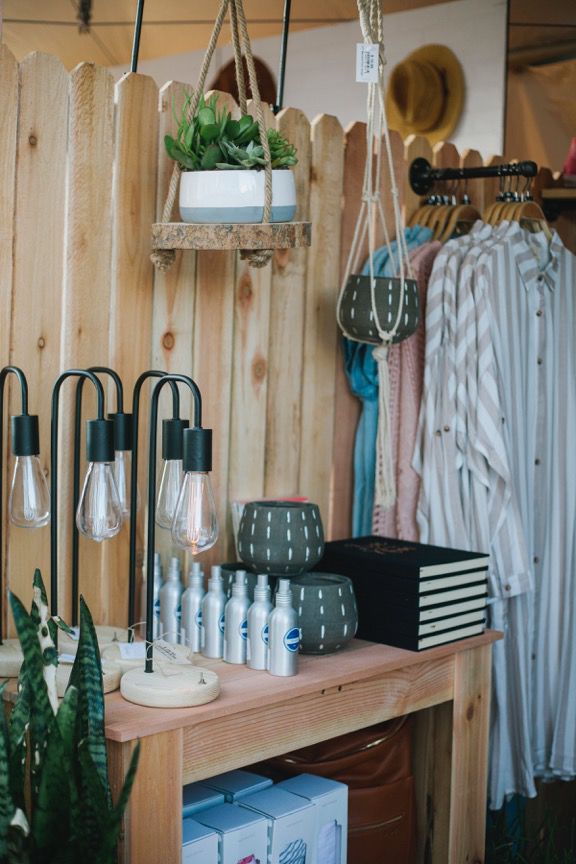 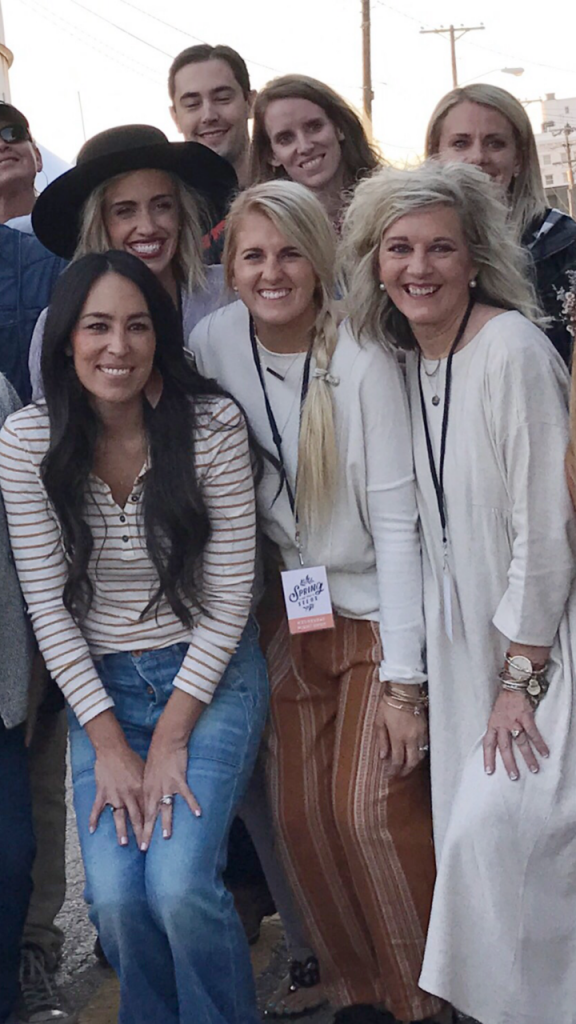 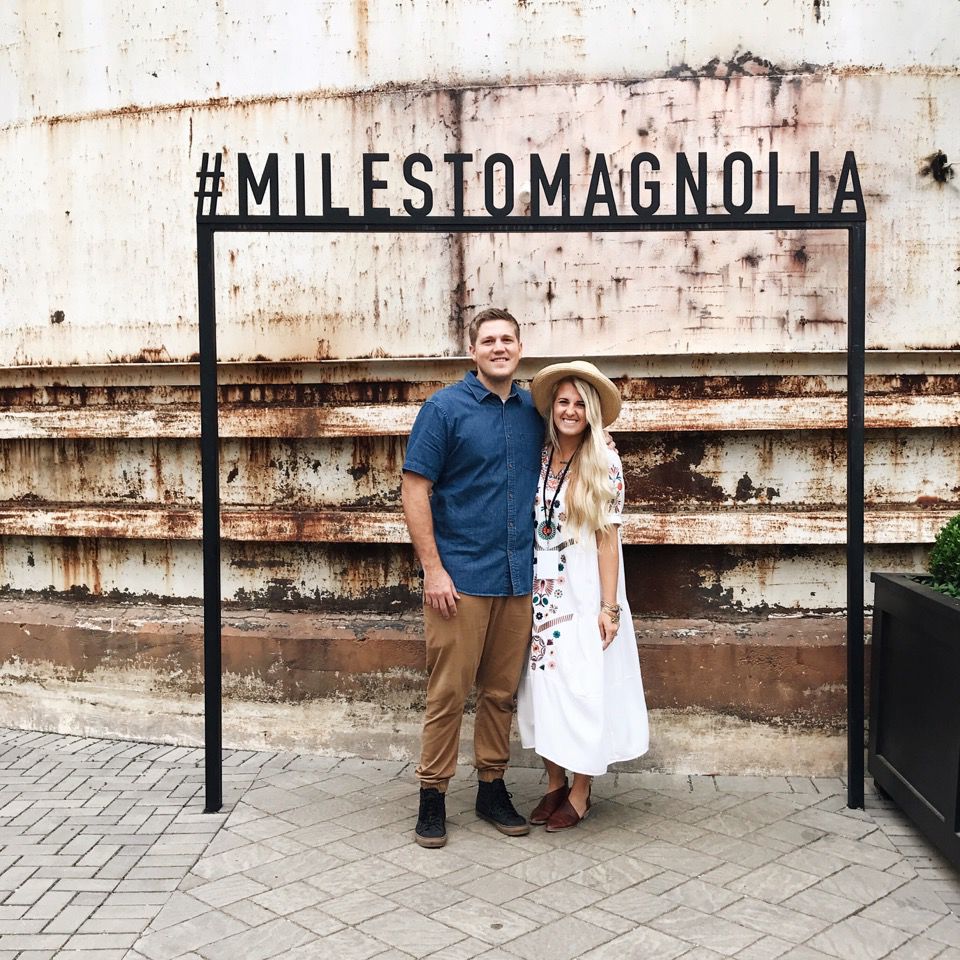 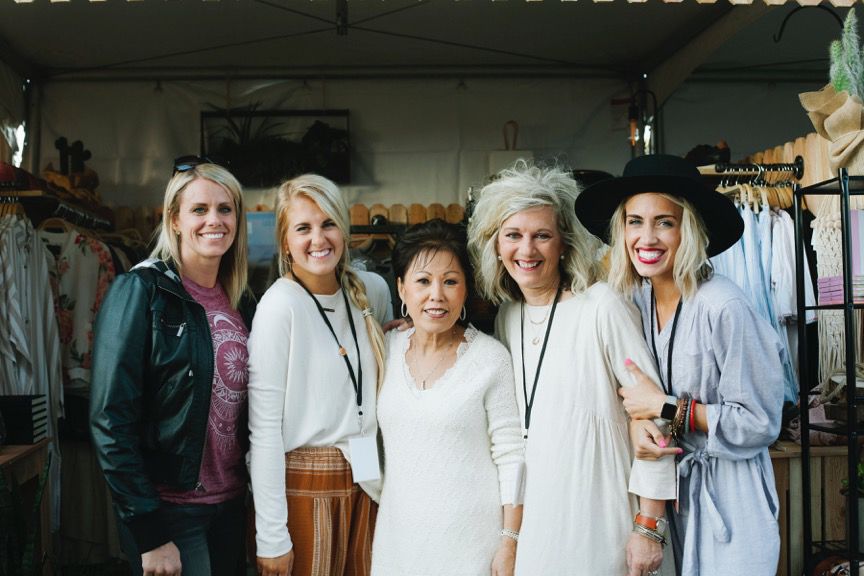 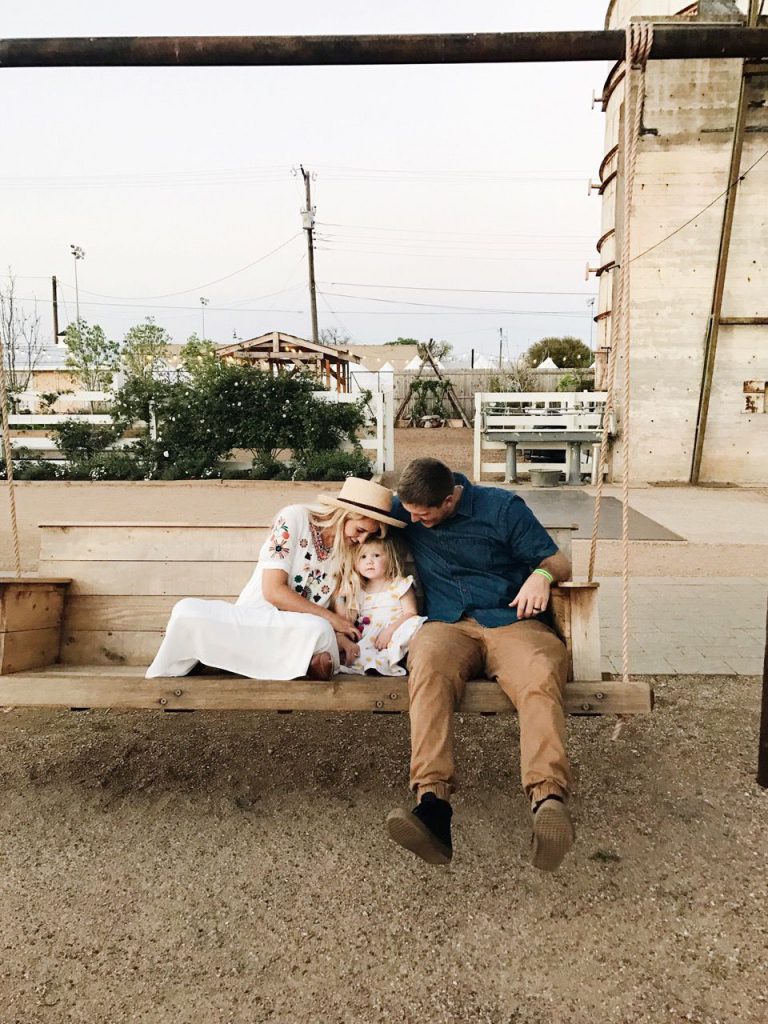 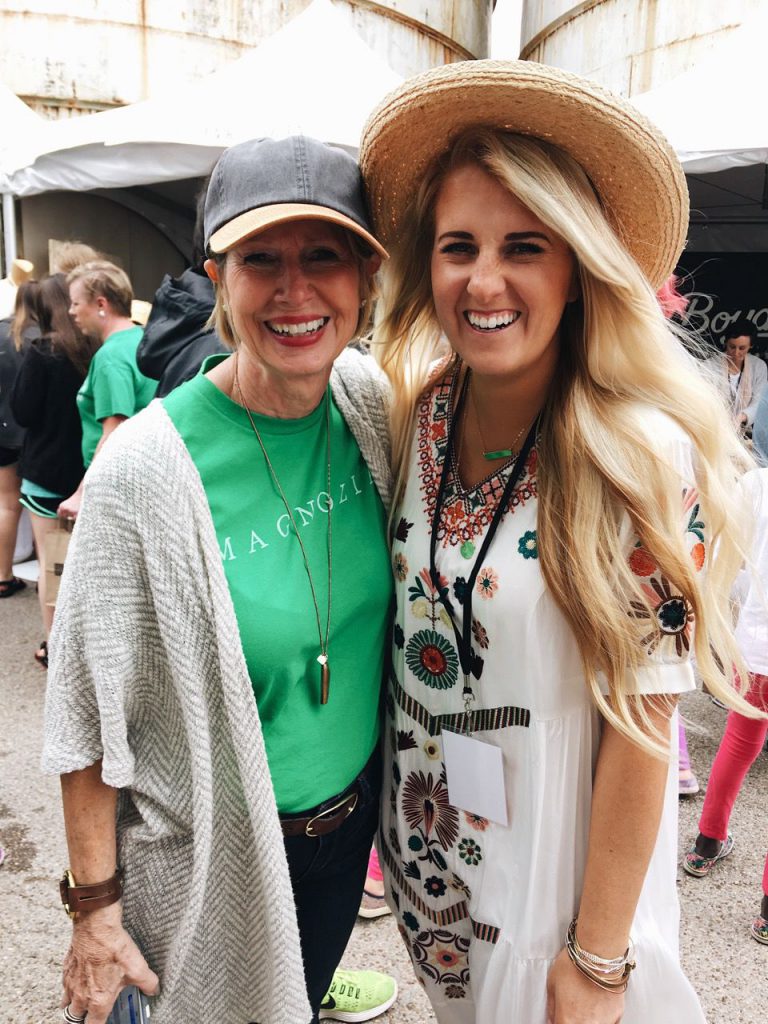 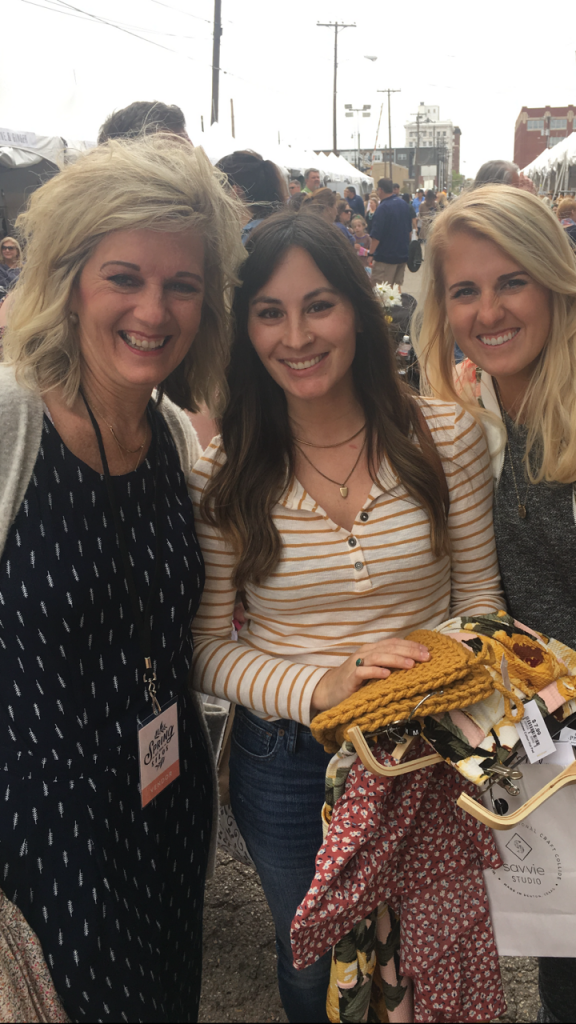 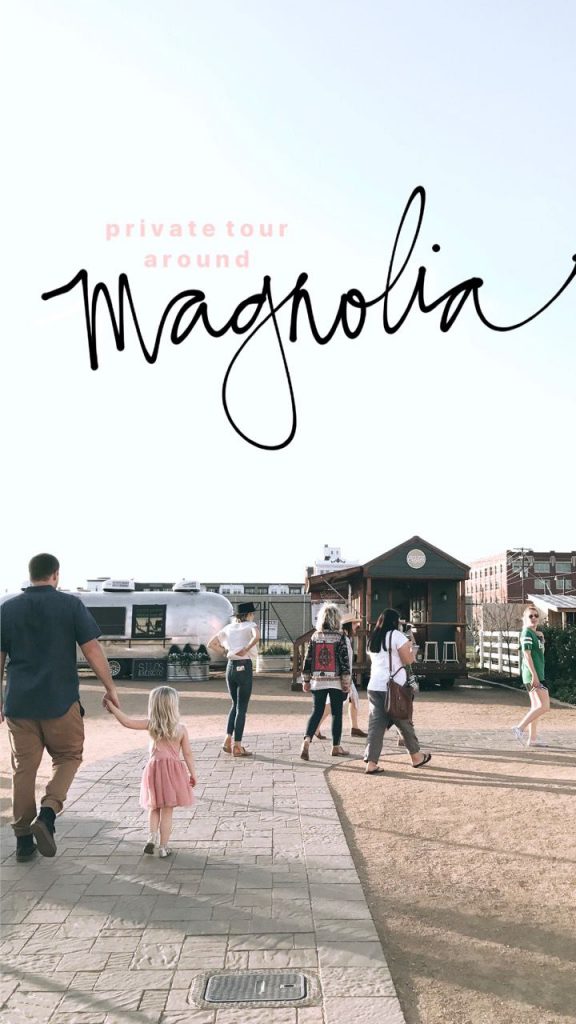